You Are Your Best Moves by Morillas 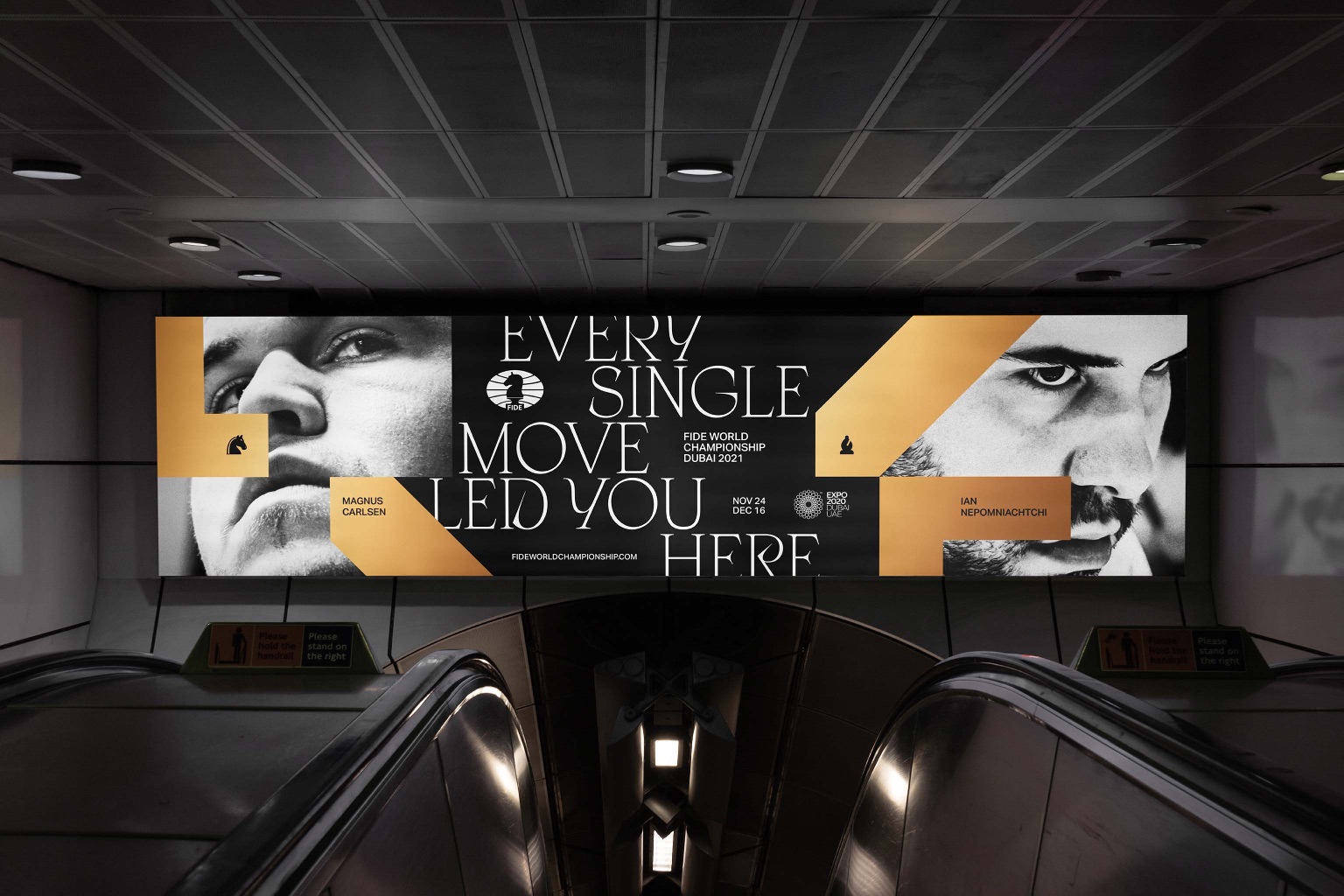 The FIDE World Championship is chess at it’s best. The event every chess fan is waiting for. The championship consists in 14 matches between the current World Champion and the Challenger who was previously won the Candidates Tournament.

The last FIDE World Championship took place in a key moment for chess: after the success of The Queen’s Gambit and a continuous rise of chess games streaming in platforms like Twitch. So the visuals had to appeal to a broad cohort of newcommers. Also, in terms of chess, this championship was also special because Magnus Carlsen, the defending champion could keep his path to becoming the greatest player of all time and his challenger, Ian Nepomniachtchi could be the ambassador of a new wave of maverick players.

Our brief was to create something that would highlight the occasion, with an analogy to chess itself: simple in the conception but with endless possibilites. We came up with the creative concept of the FIDE World Championship: You are your best moves, which becomes an exploration of our identity as humans and as players, as every move reveals and dictates our personality in the board. In the case of the players, those moves become part of their personal history as they are what led them to the FIDE World Championship.

Very few sports have this idea of “personality clash” as chess does so we played with the contrasts of the game itself, the black and white of the checkers. Photos of the current world champion and the challenger were contrasted to match this sense of deep and silent epic. However, we decided to represent the glory of the movements that earned them a place in the FIDE World Championship. So, the pieces are determined by a golden trail generated by a chess figure that works both in static and in animation.

The geometric language, the bold composition and the typography (a humanistic, sophisticated and fresh display font) created something that linked chess to sports visuals, but we introduced the intellectual element of chess with a bold display typography that added a sophisticated touch to the whole proposal.

The language was applied in the venue around the game and to merchandising and has been witnessed in media and streaming’s worldwide. Our intention was as simple as ambitious: creating something that could work in multitude of assets and formats and that could become a meeting point; just as chess itself. As two players can share a game without speaking each other’s language, chess is the ultimate global game. We hope our work can have at least part of this beautiful intercultural capacity and become part of chess history, just as the player’s best moves do, game after game. 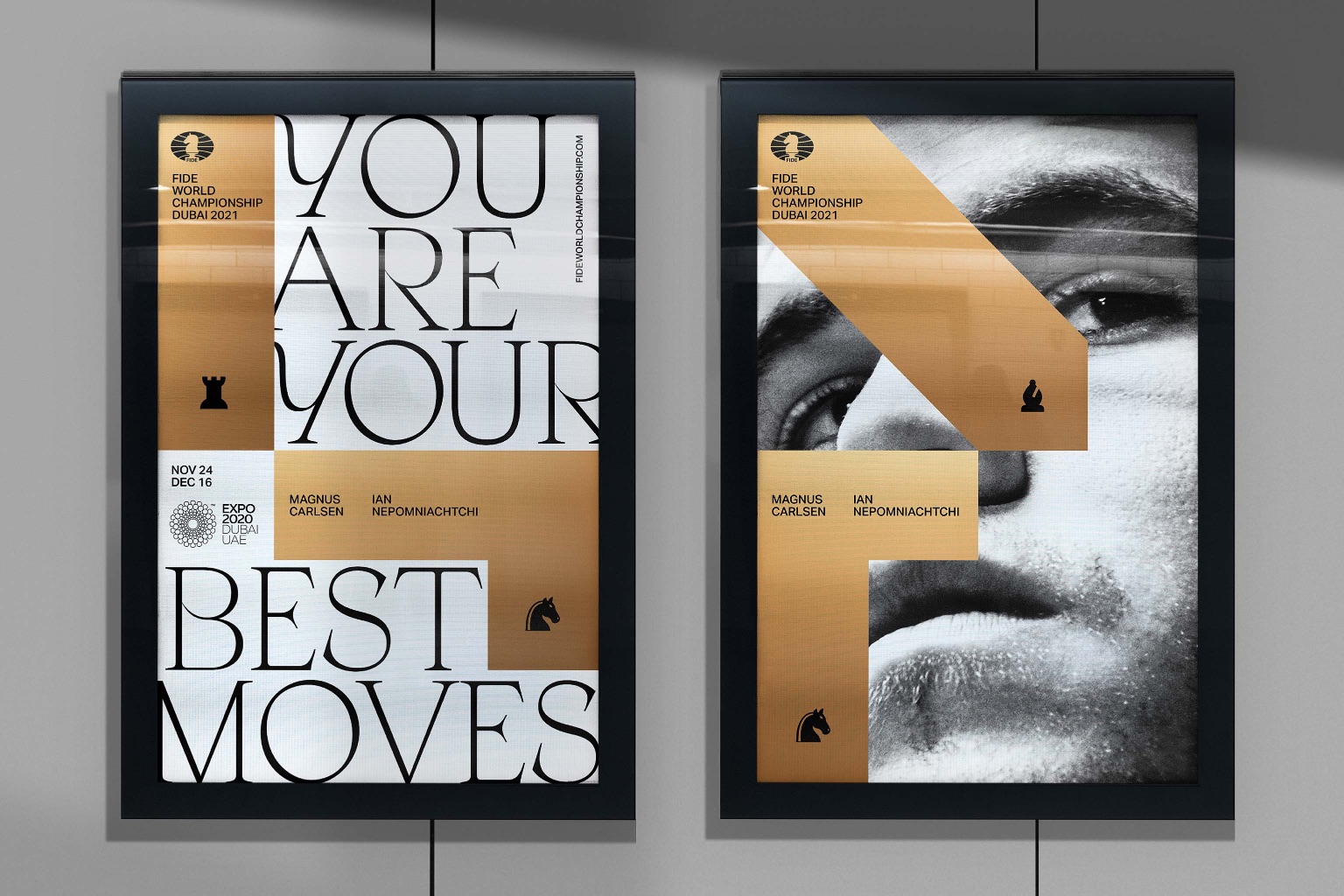 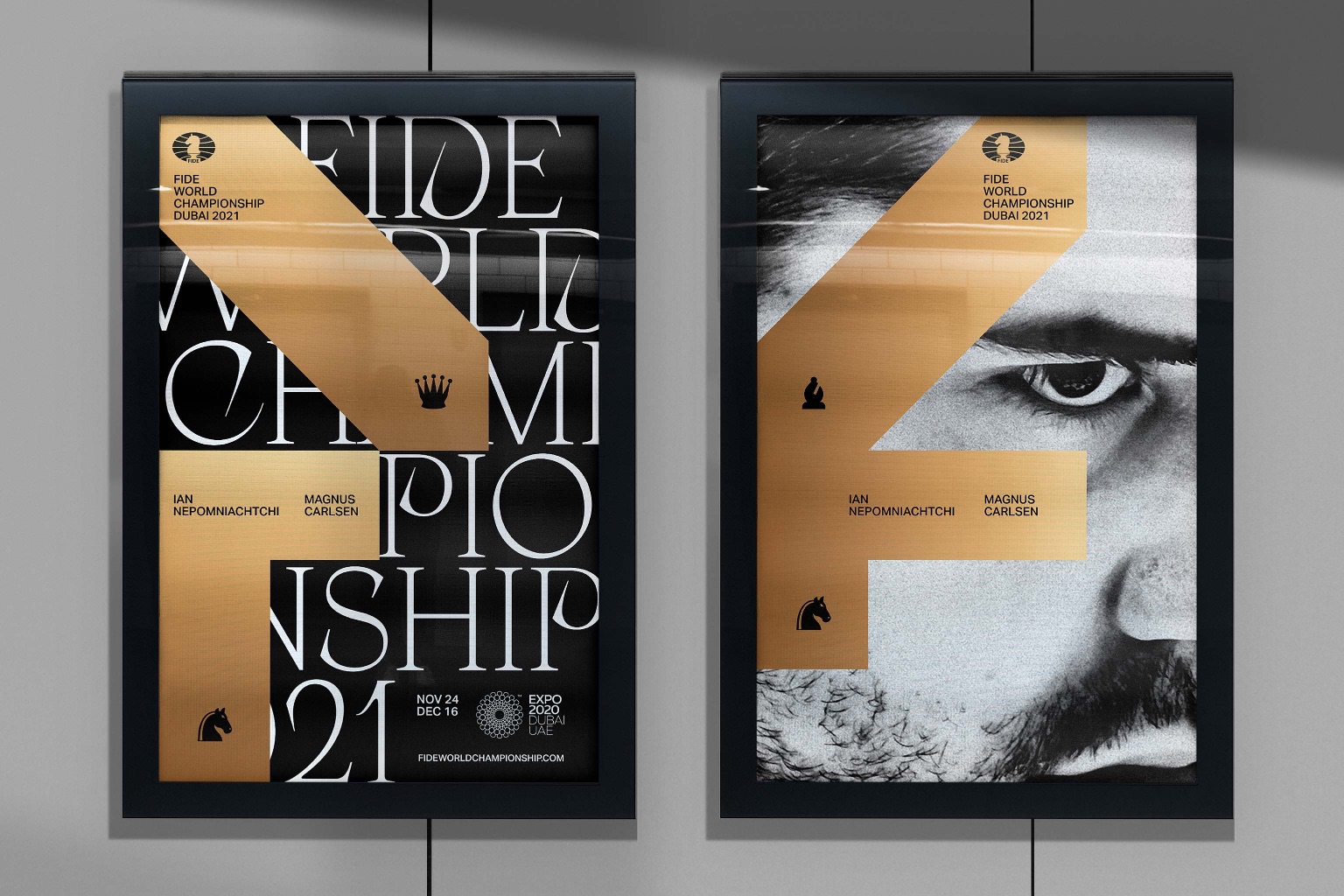 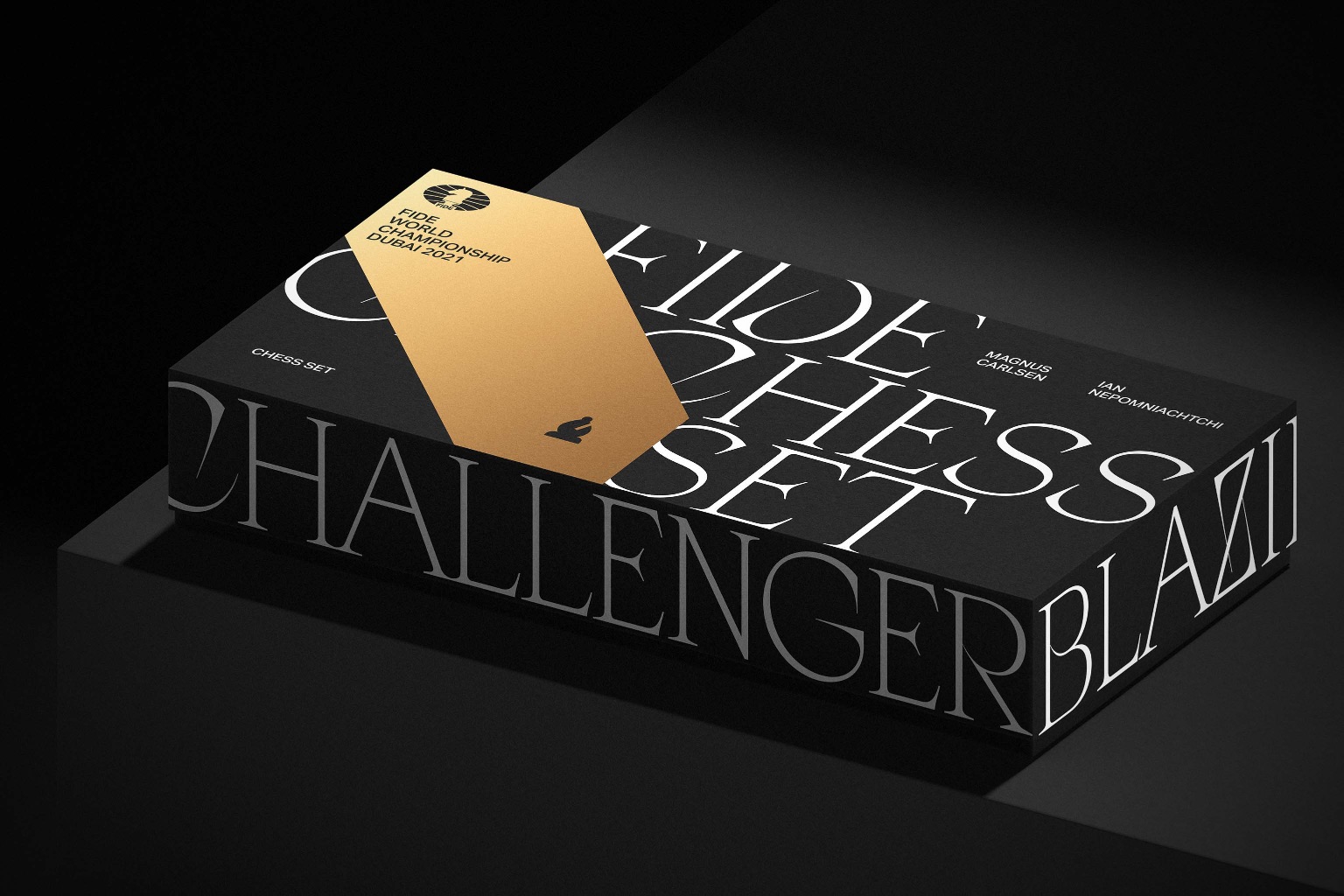 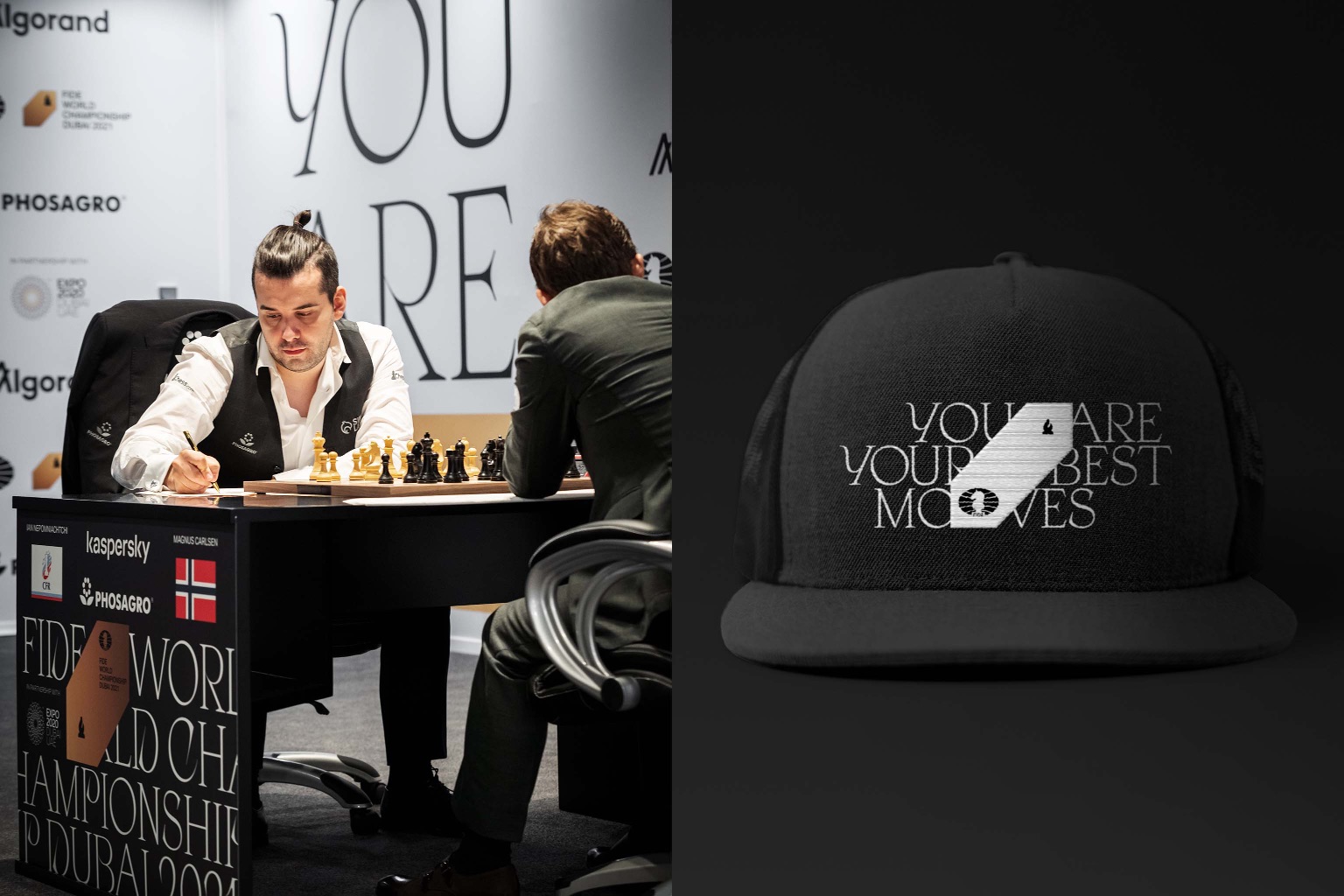 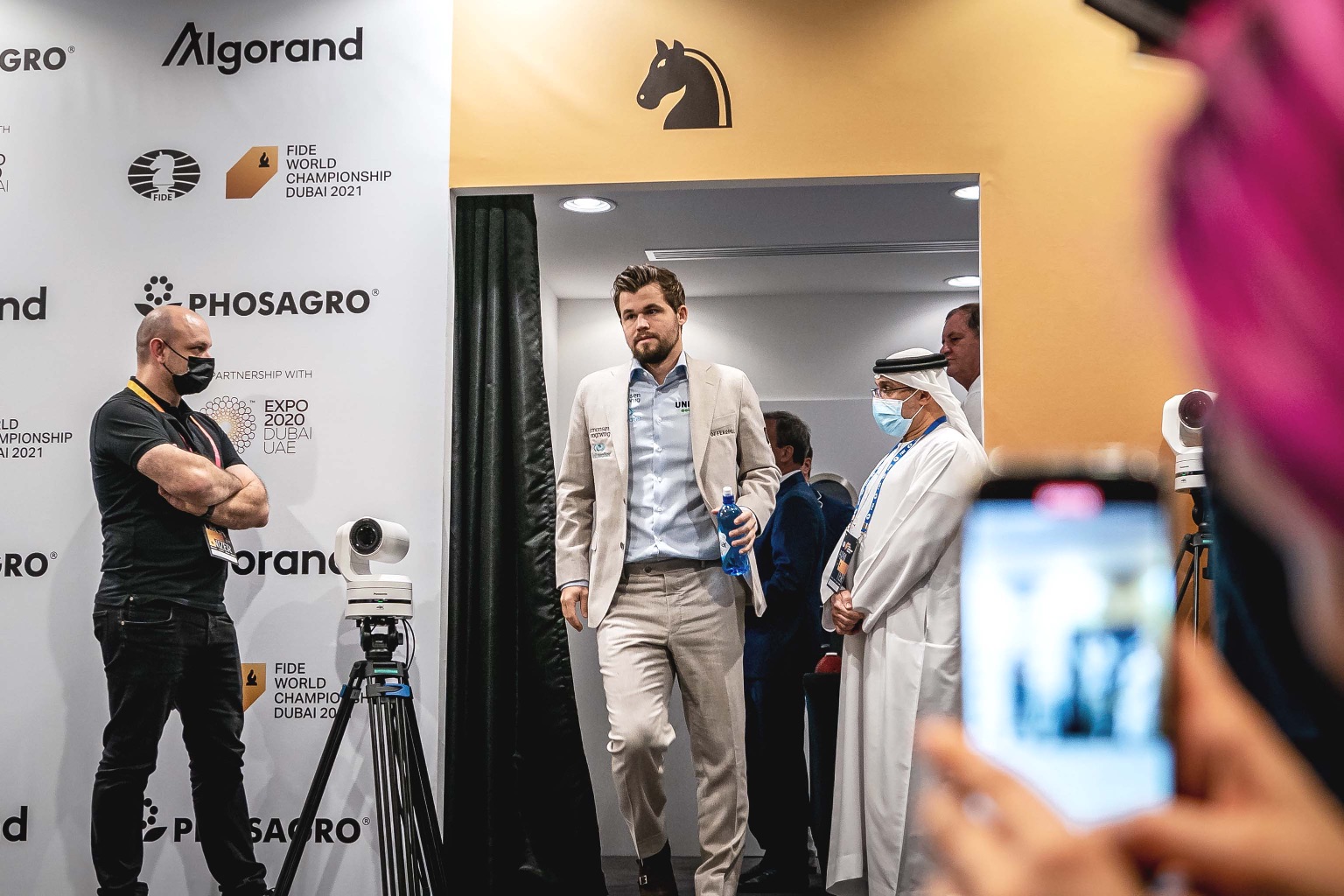 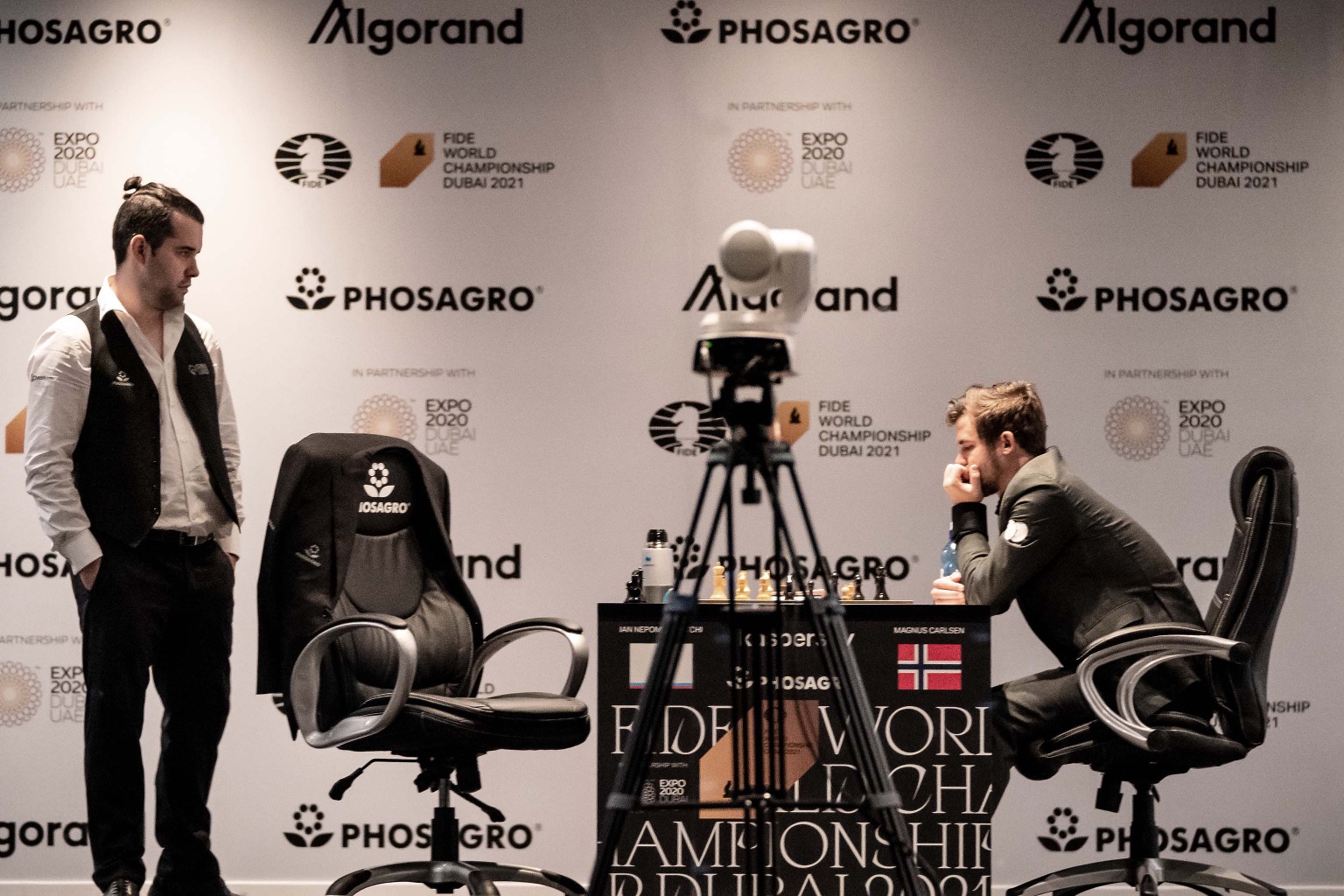 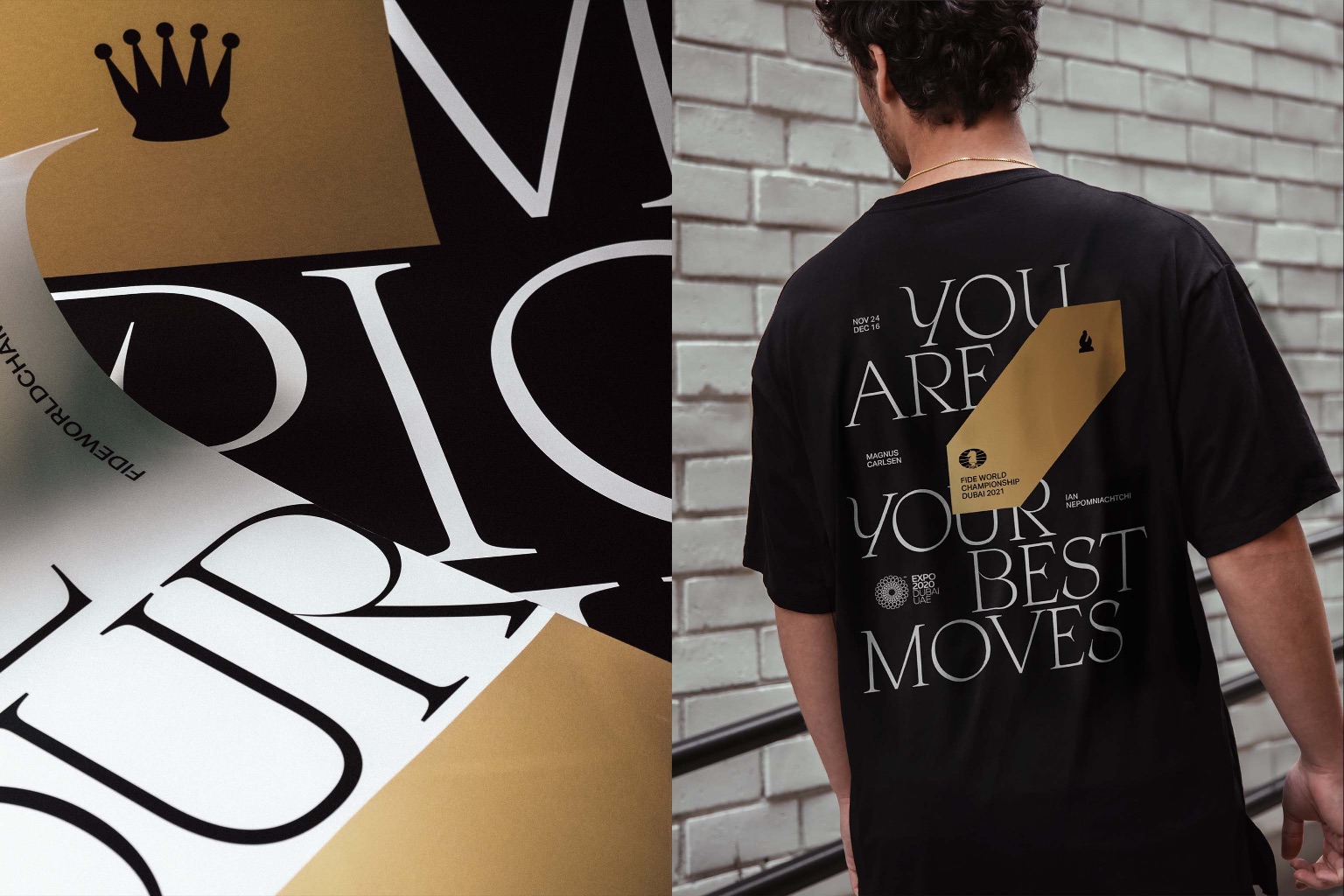 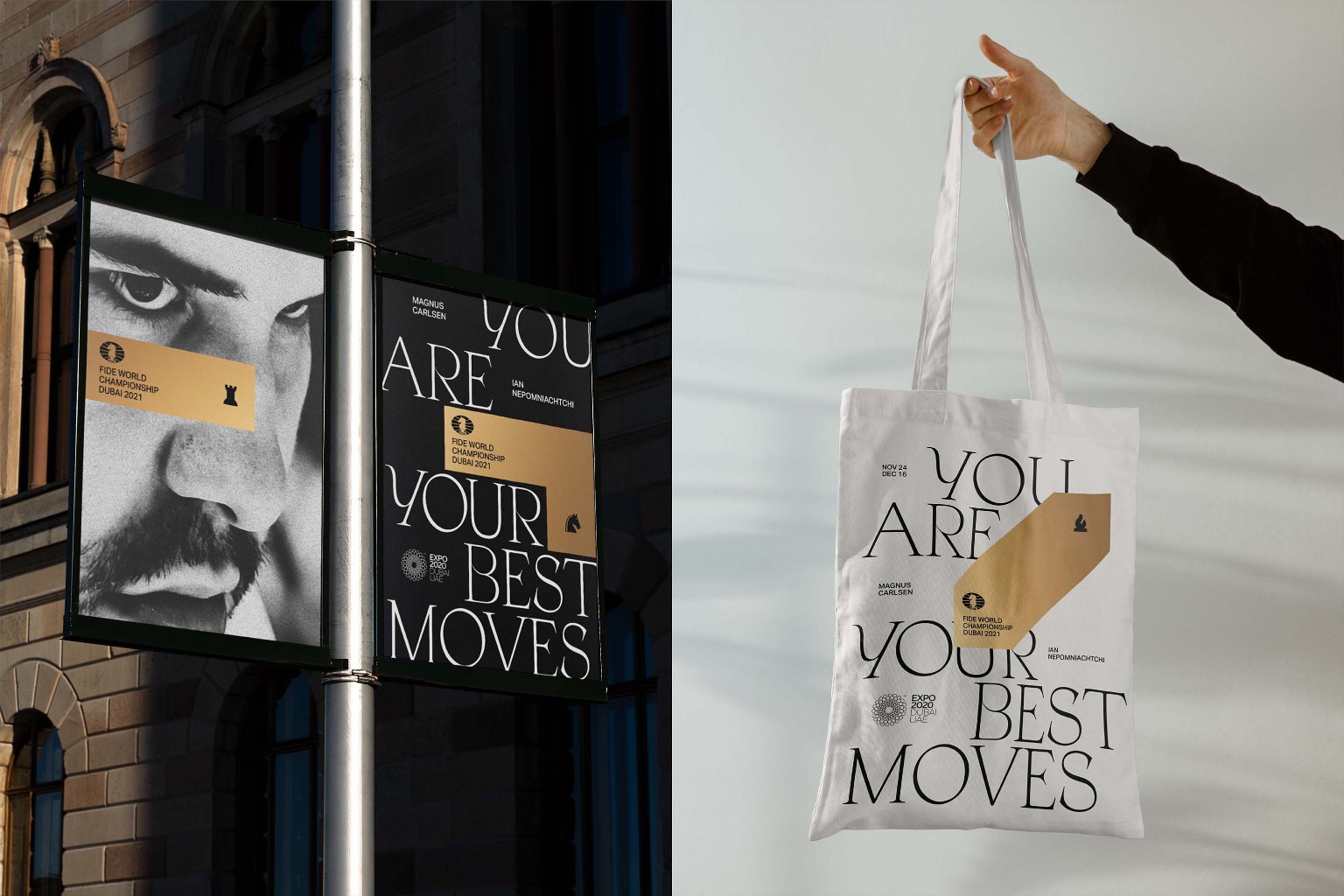 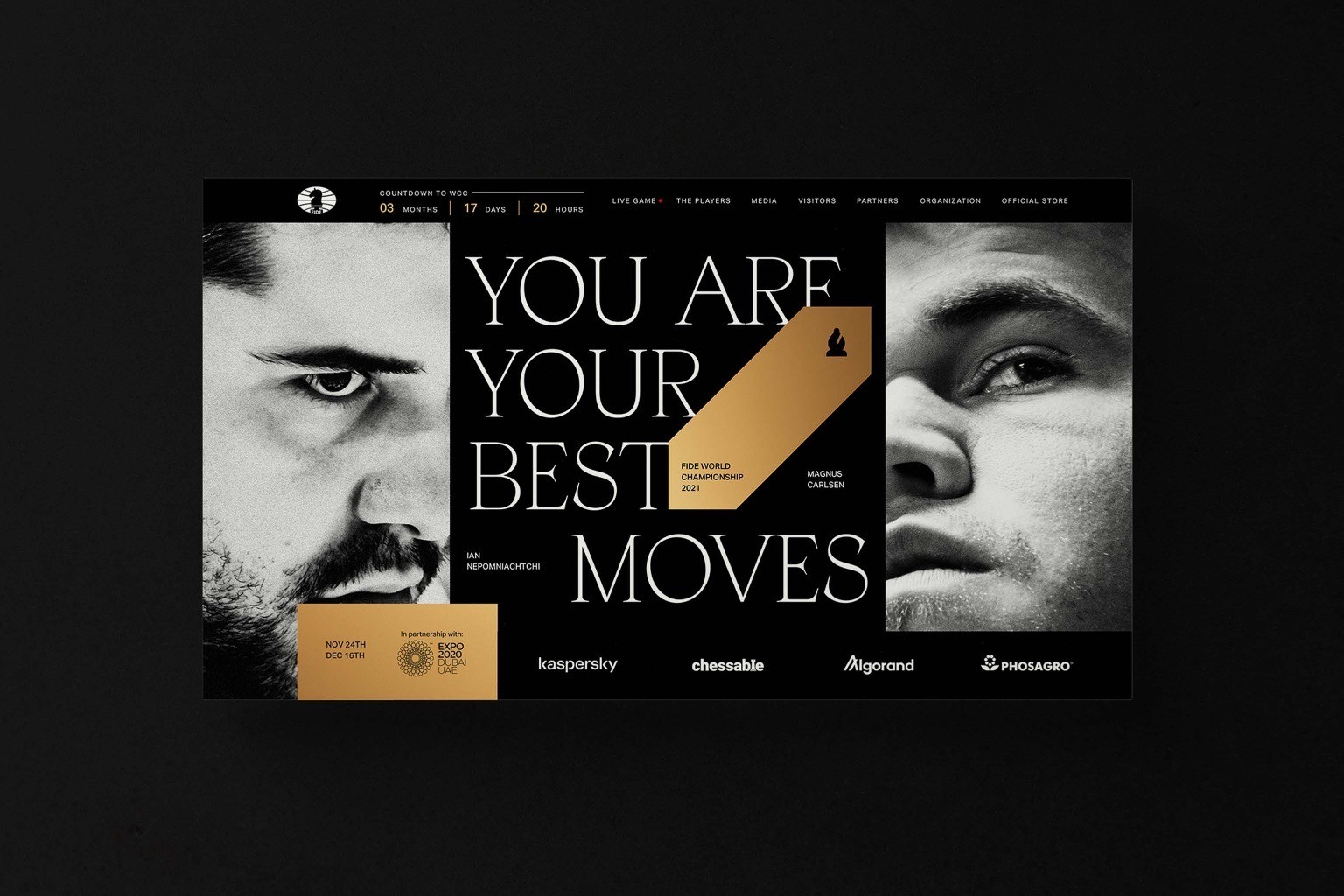 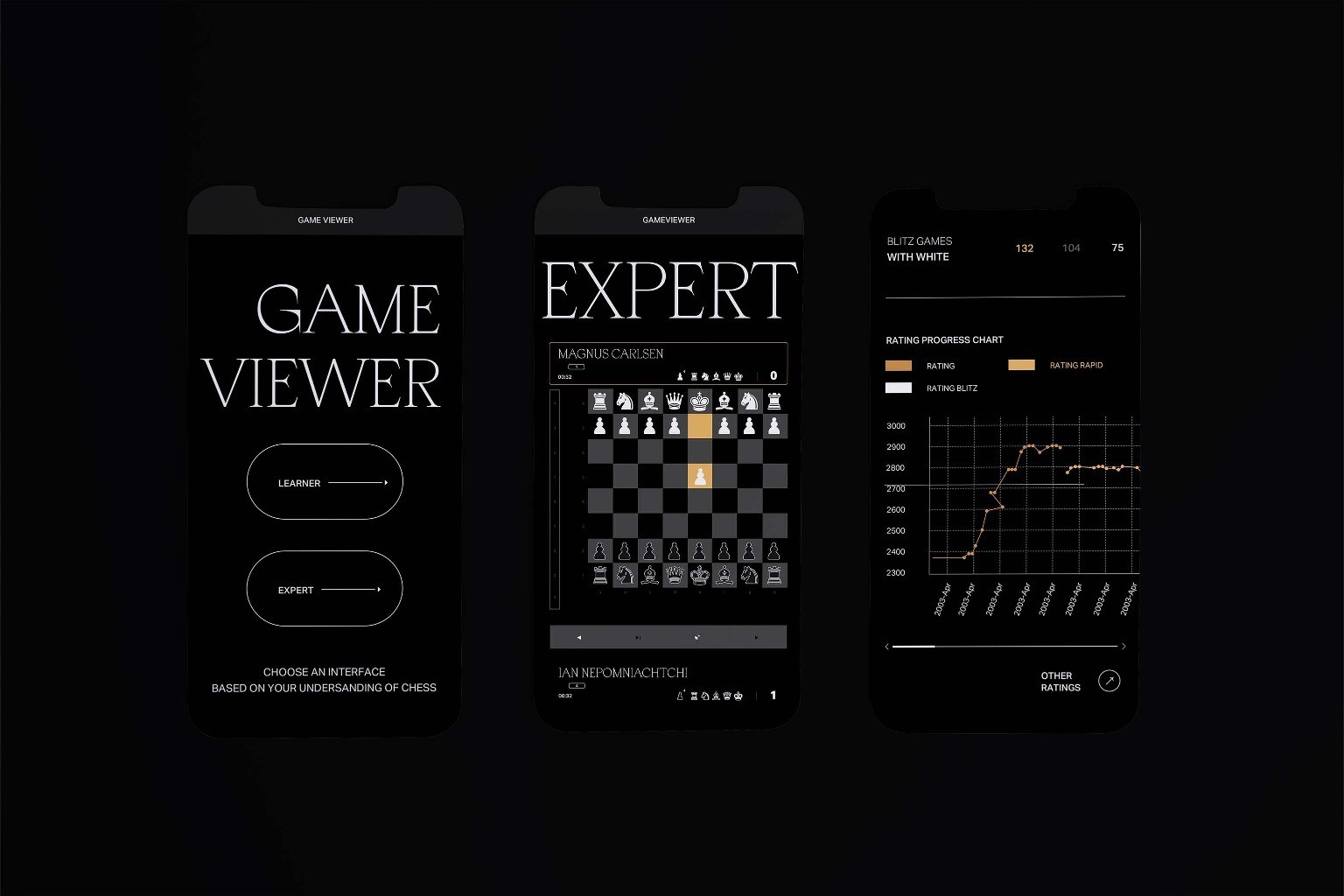 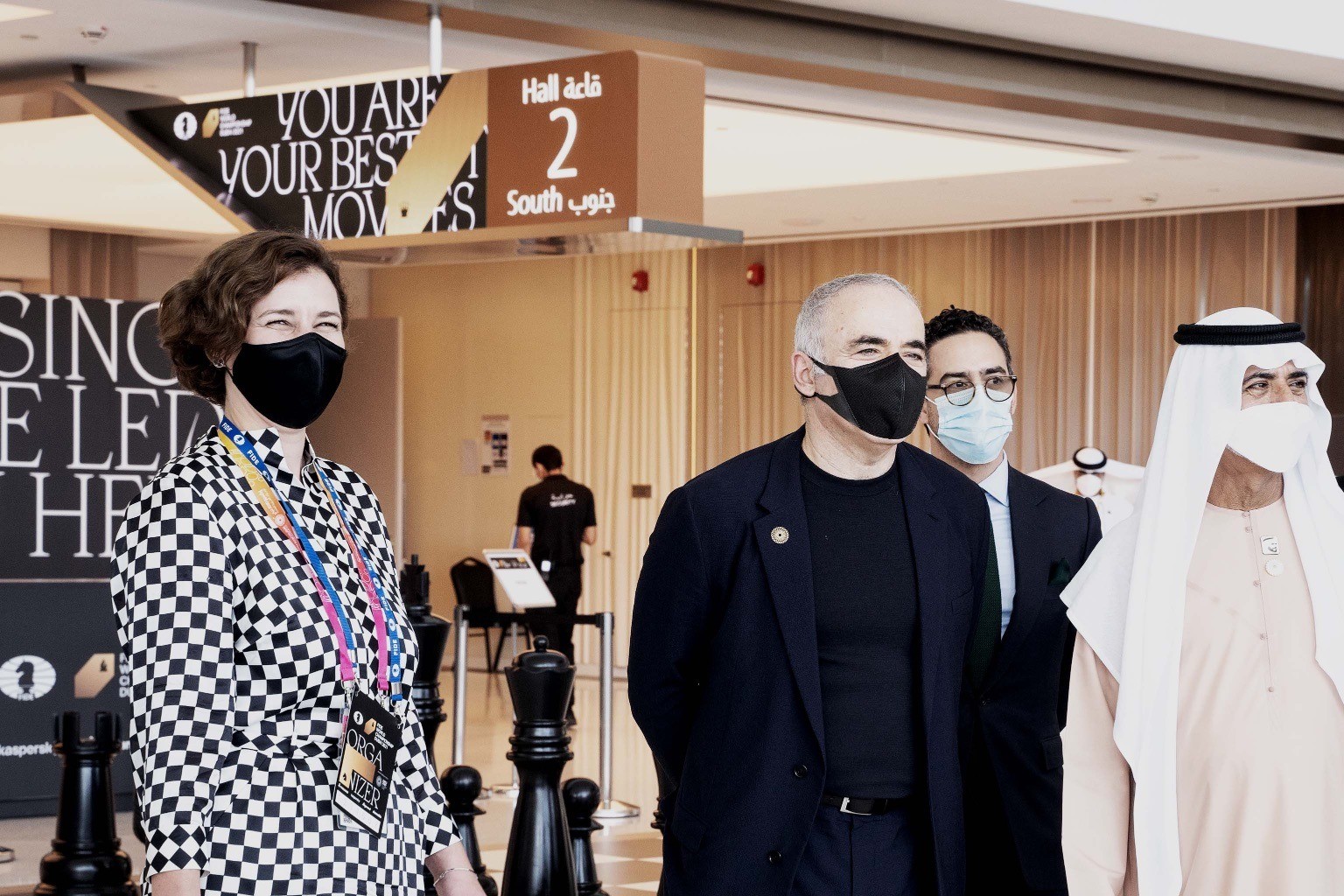 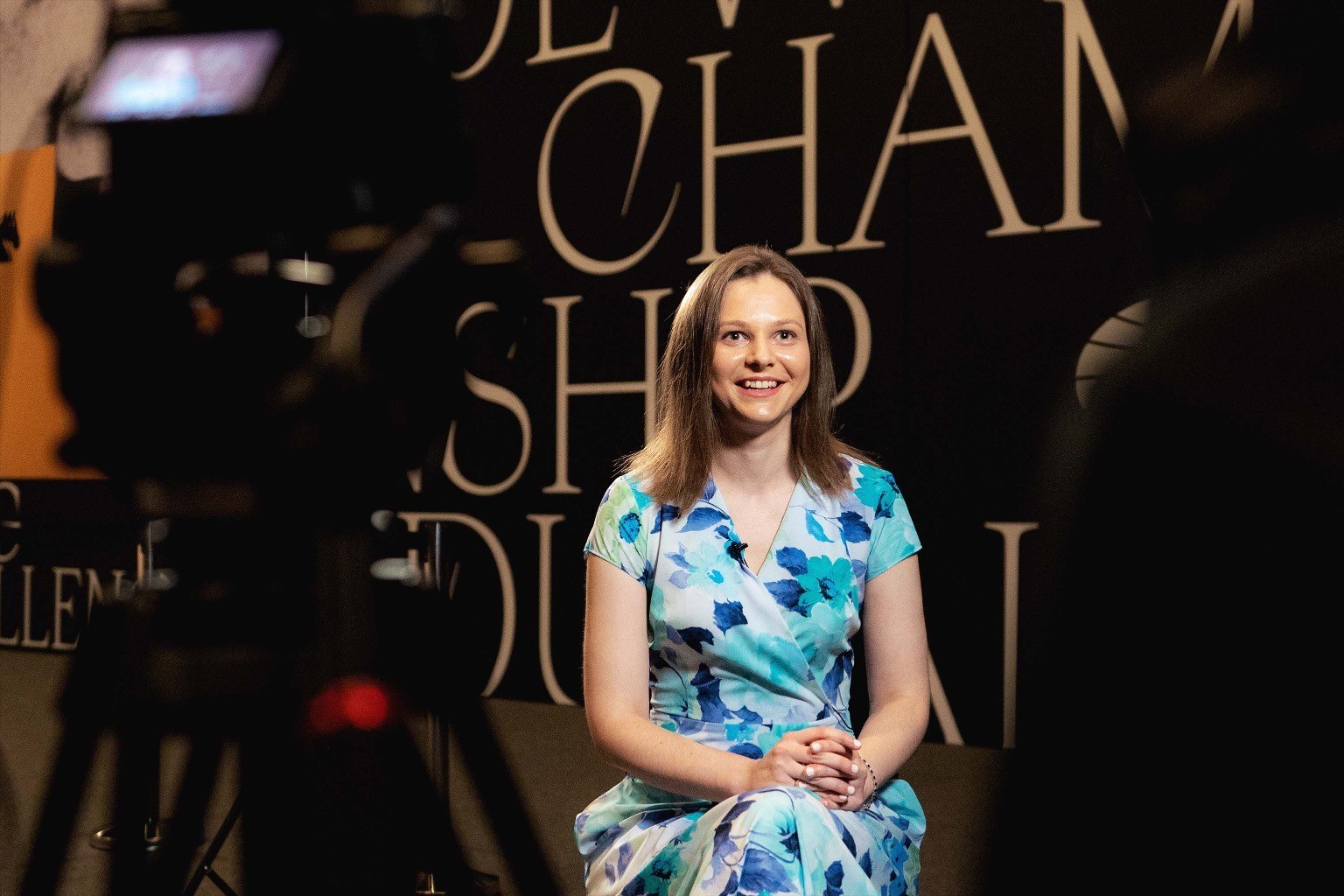 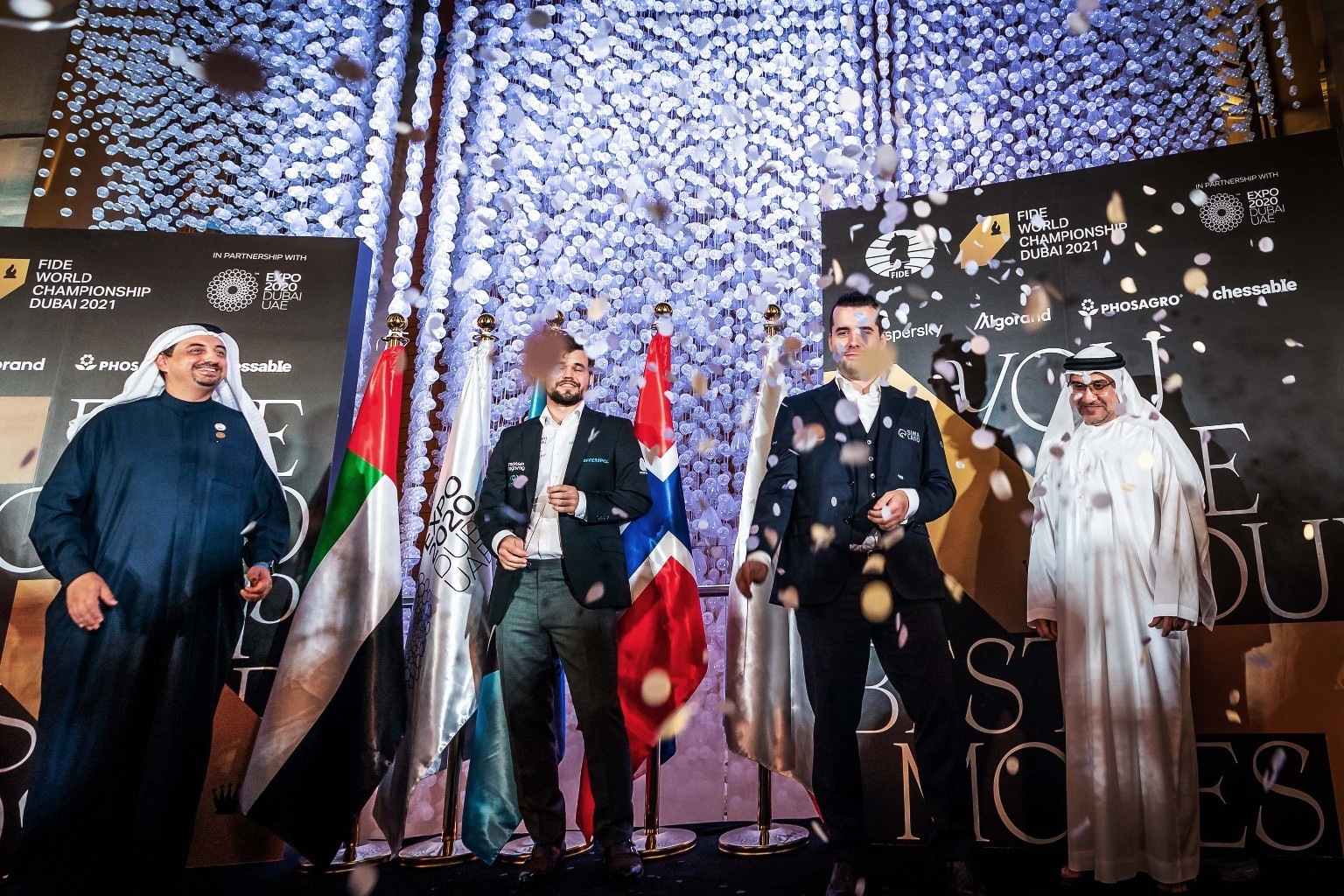