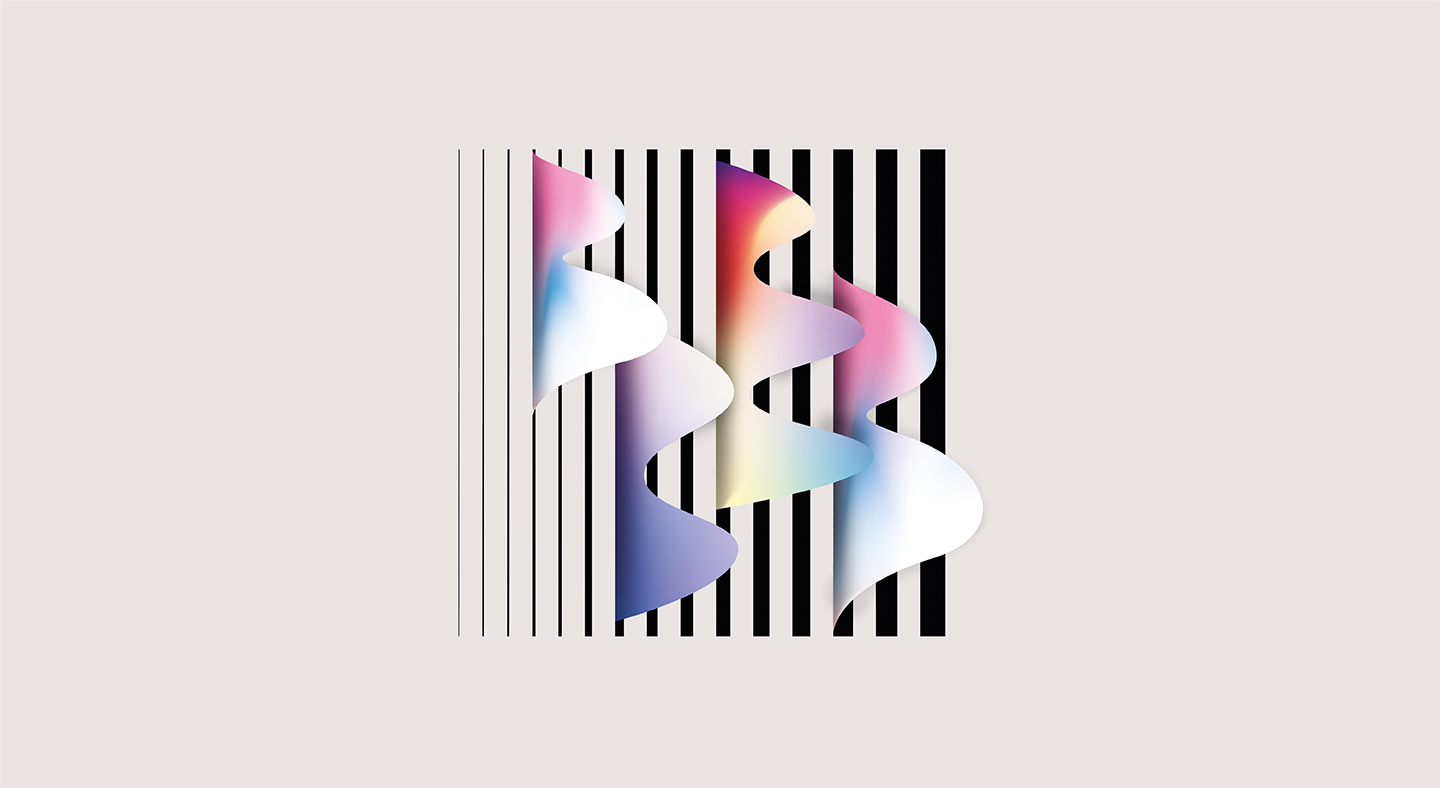 Wratislavia Cantans is a music festival held annually at the National Forum of Music in Wroclaw, Poland.

The 2021 edition has been titled Crossing Borders. The experience of living during the pandemic caused by COVID-19 has redefined the concept of boundaries. For a virus, they simply don’t exist. So, in a sense, we are all in a fairly similar situation. Of course, there are countries where developments are much more dramatic than elsewhere. This was the case in northern Italy, which was one of the first European countries to detect infections.
However, pushing boundaries also has a positive aspect when it comes to music. The travels of composers allowed them to grow by creating unique stylistic connections. The question of these mutual influences is fascinating. Music crosses borders, which is why it is a great treasure of humanity, something we need to take care of.

During the opening concert featuring the outstanding mezzo-soprano Magdalena Kožena and NFM Wrocław Philharmonic conducted by Duncan Ward, we will look at the relationship between music described as ‘classical’ and folk music. Another aspect of crossing borders will be taken up during the following two concerts, featuring Gaetano Pugnani’s Werther and Arnold Schoenberg’s Pierrot lunaire. The keynote of both works is the relationship between the spoken word and music. Agata Zubel and Wolfgang Mitterer will perform during the festival. It will be a late-night concert, during which the artists will improvise. We never know what will happen when improvisation comes into play, so it will be definitely a very exciting event.

Through graphics we had to be able to convey the sense of crossing borders. We have imagined sound waves crossing black lines of varying thickness (borders). The color within the waves represents art and music that dissolves any boundaries, thus conveying a sense of hope and positivity. 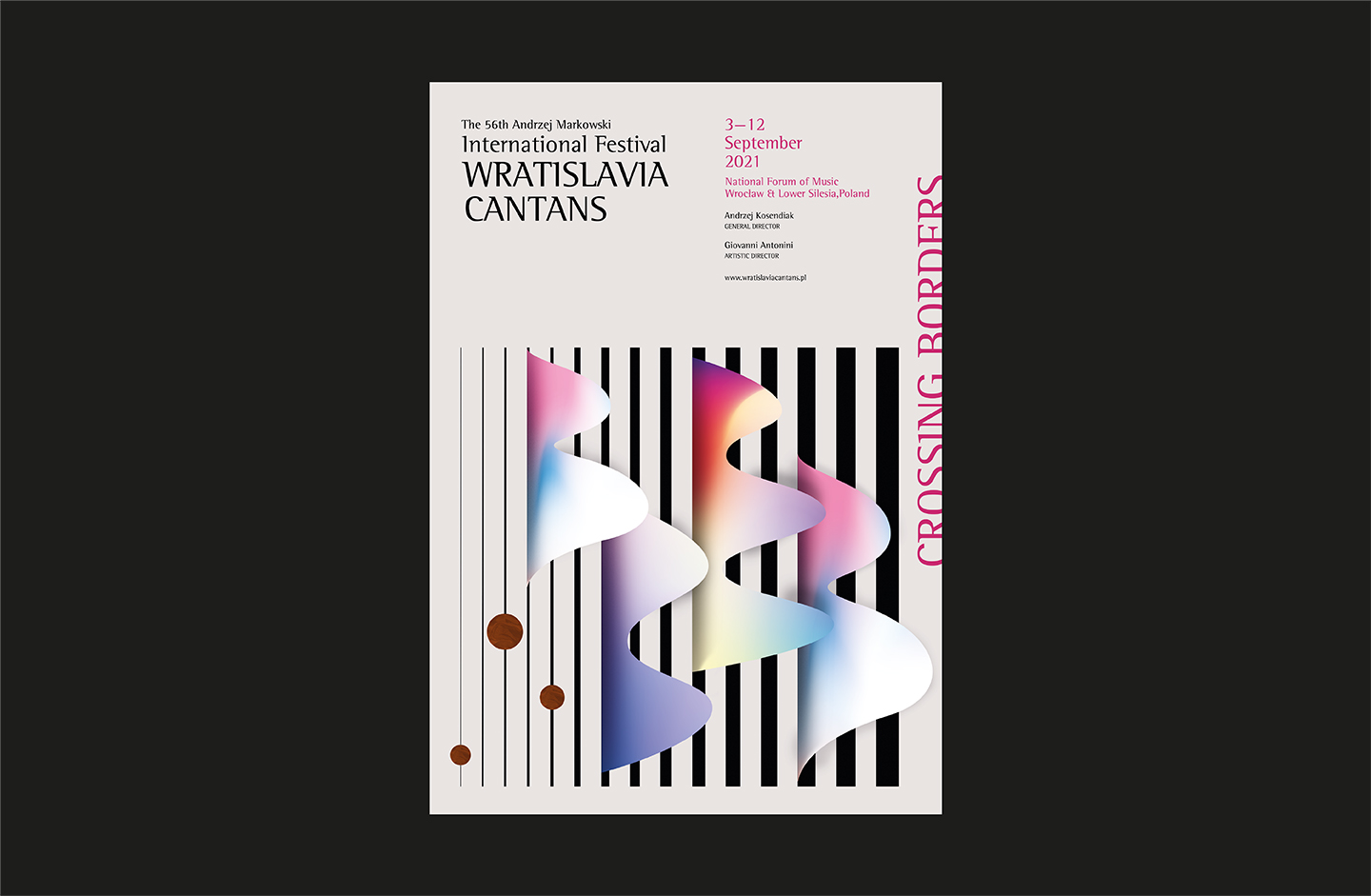 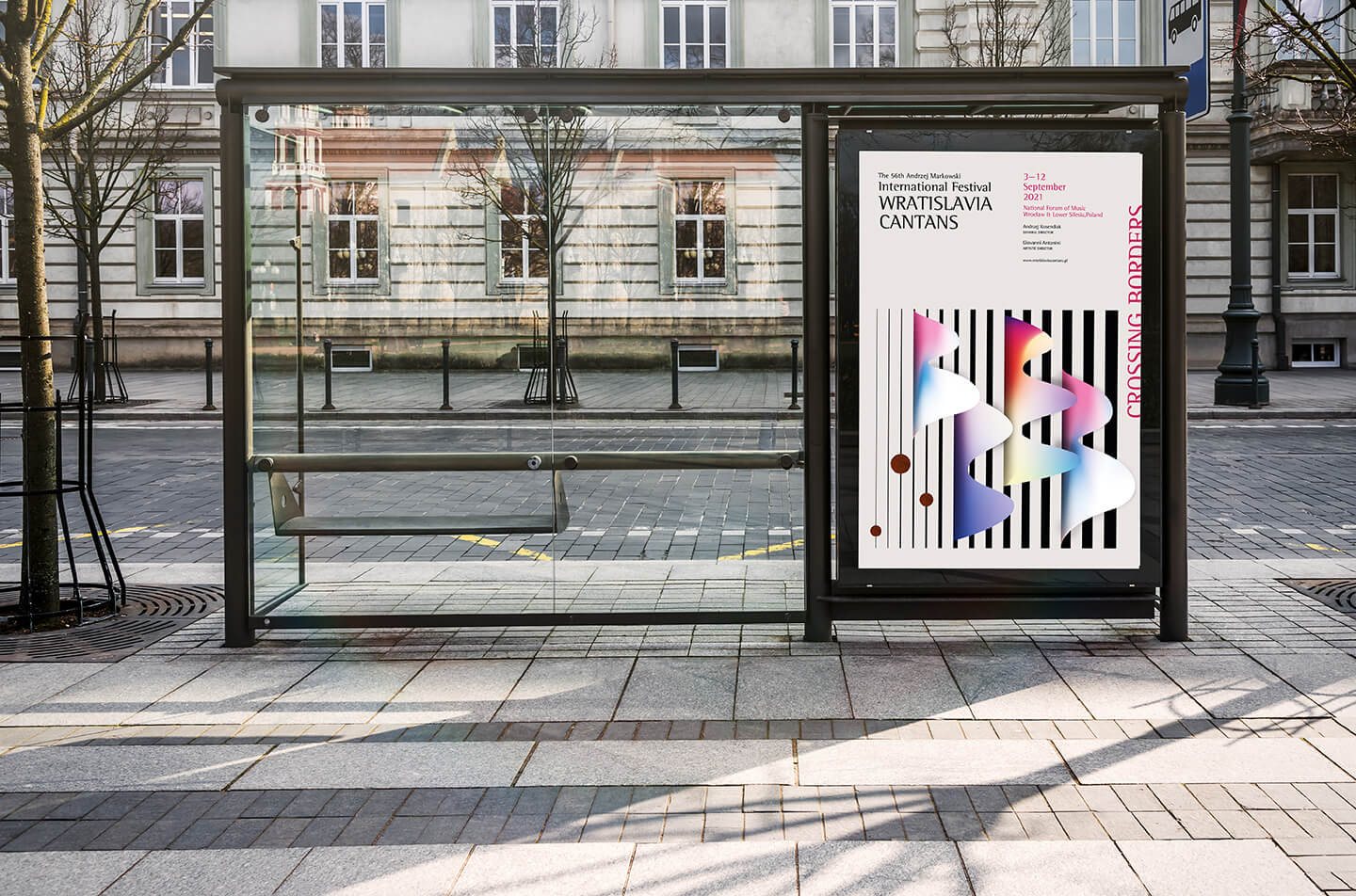 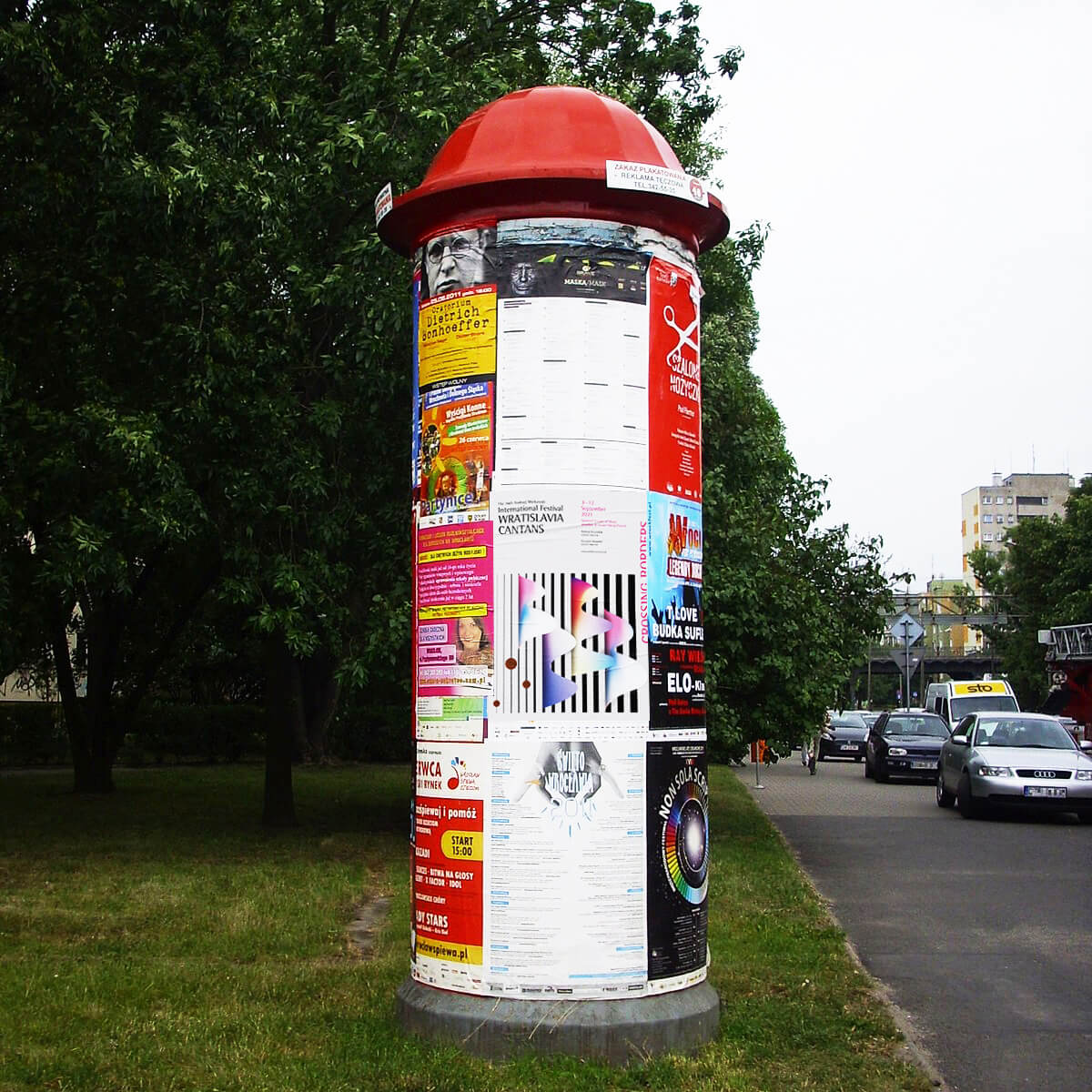 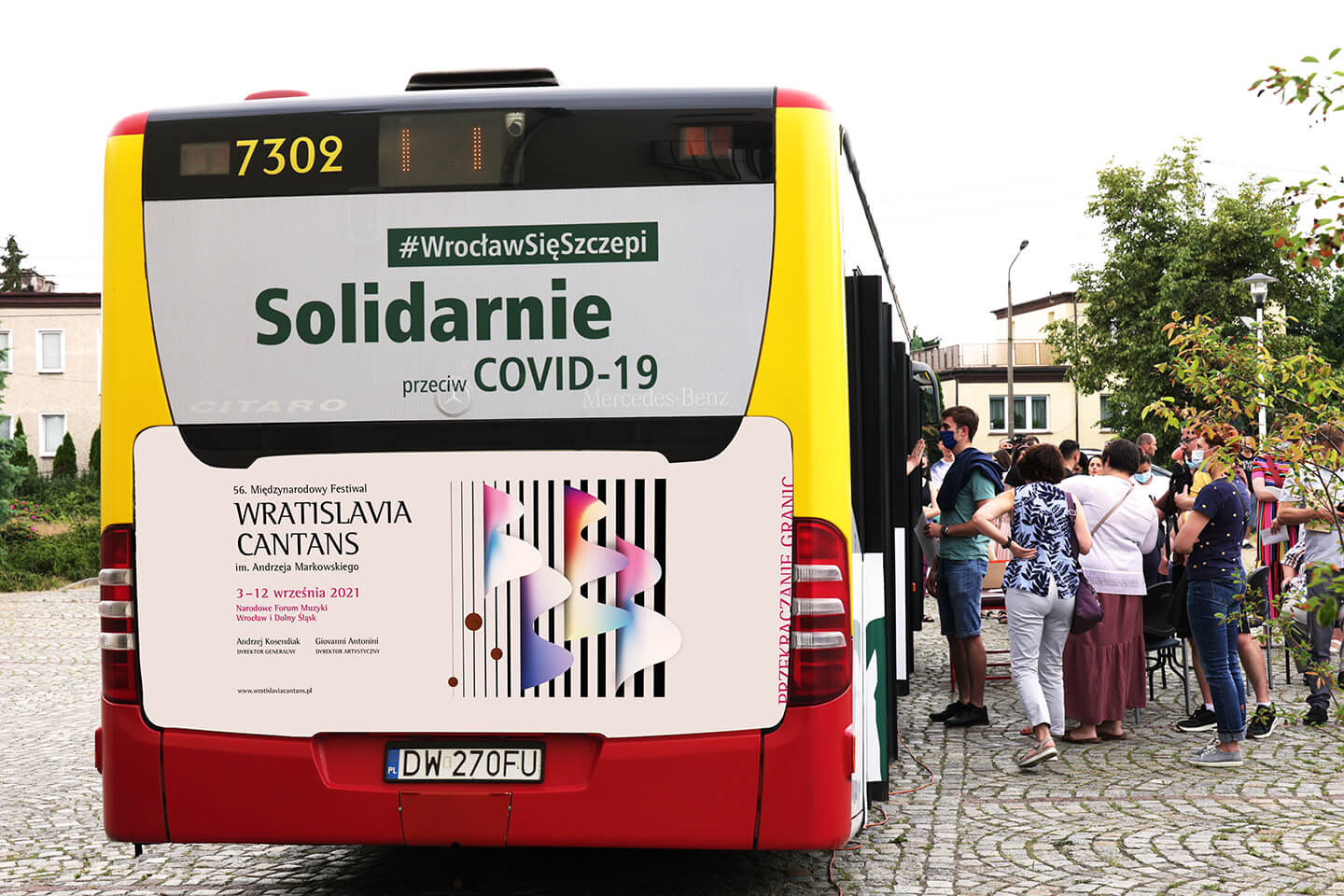 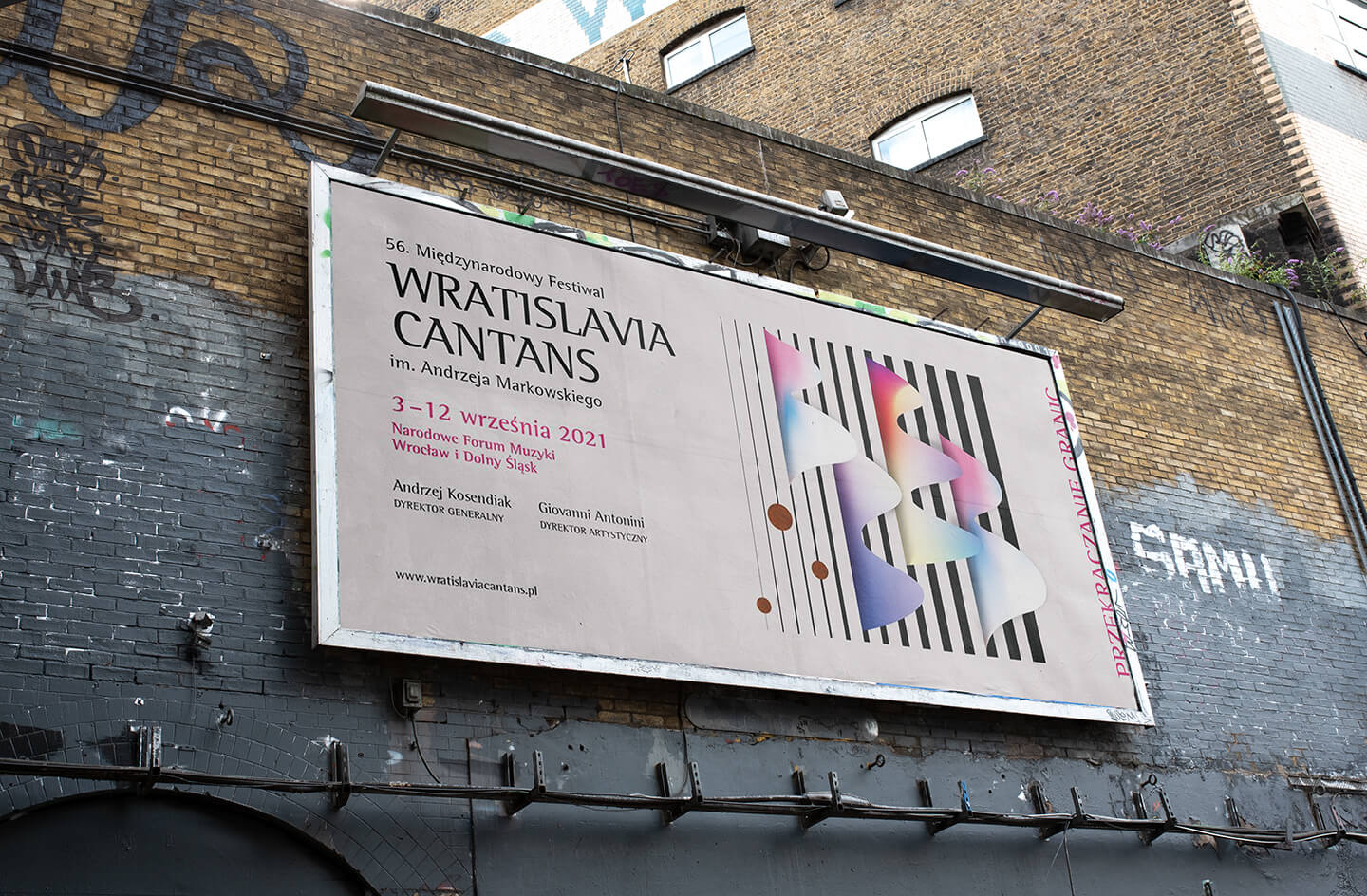 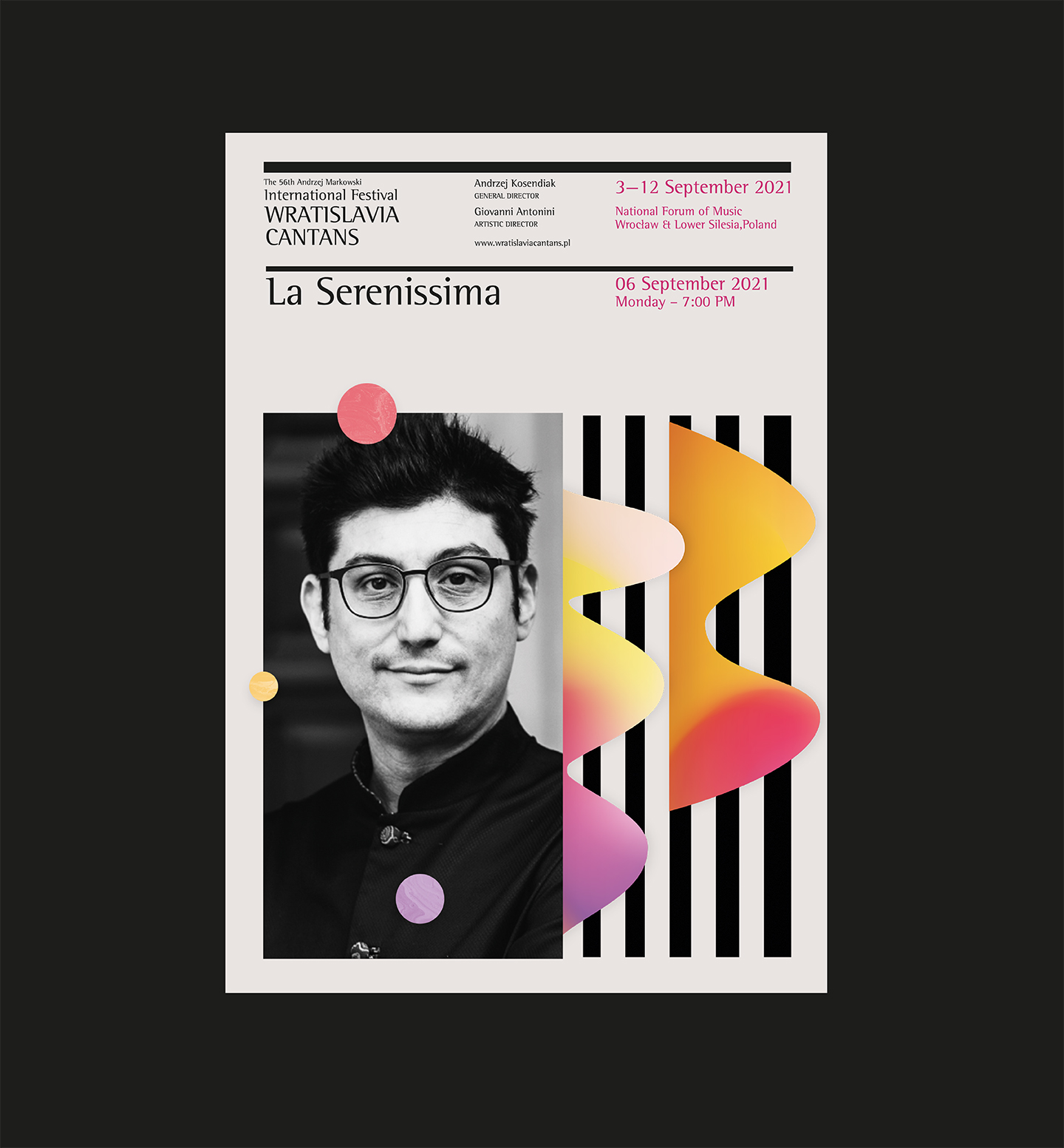 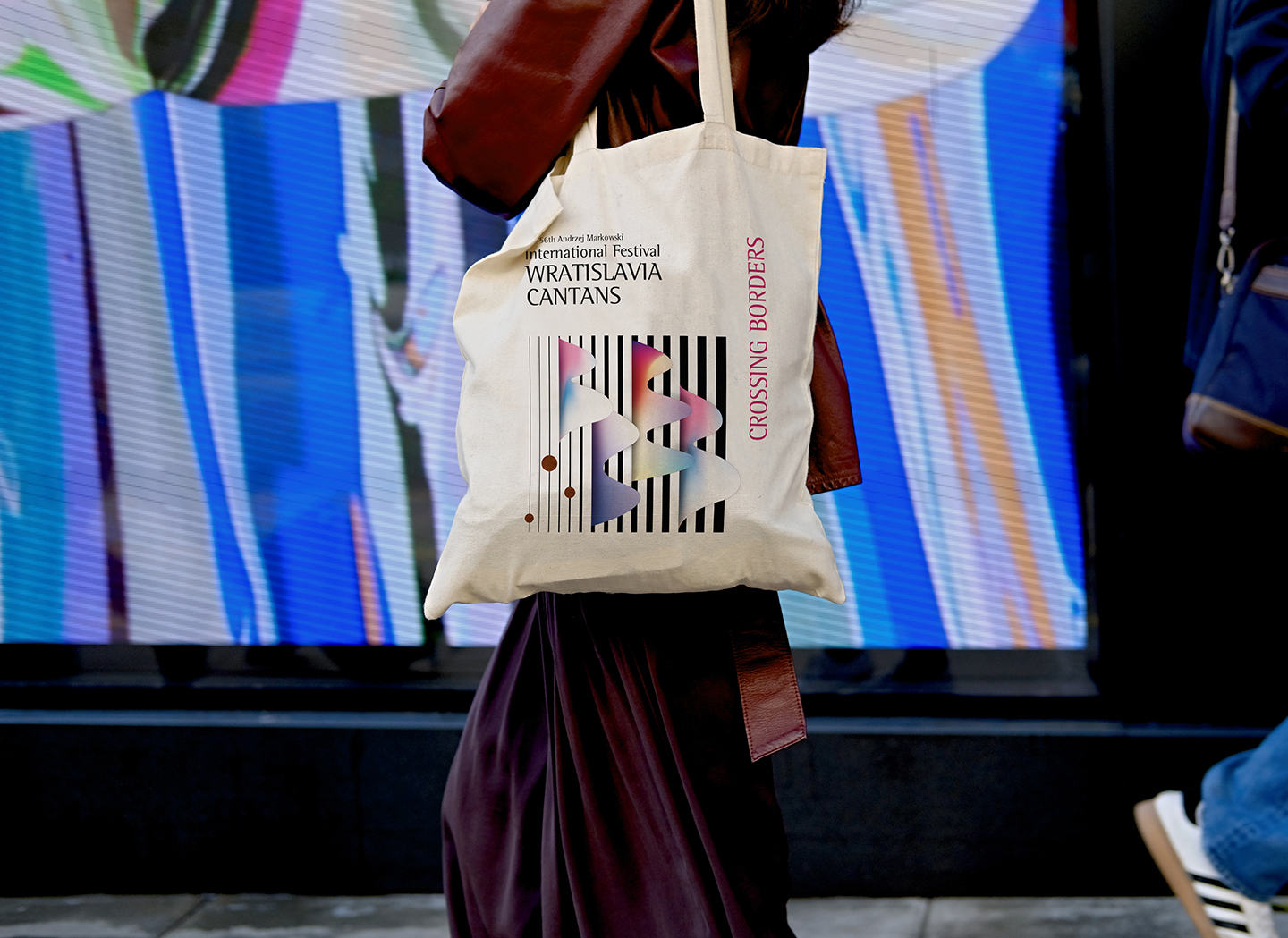