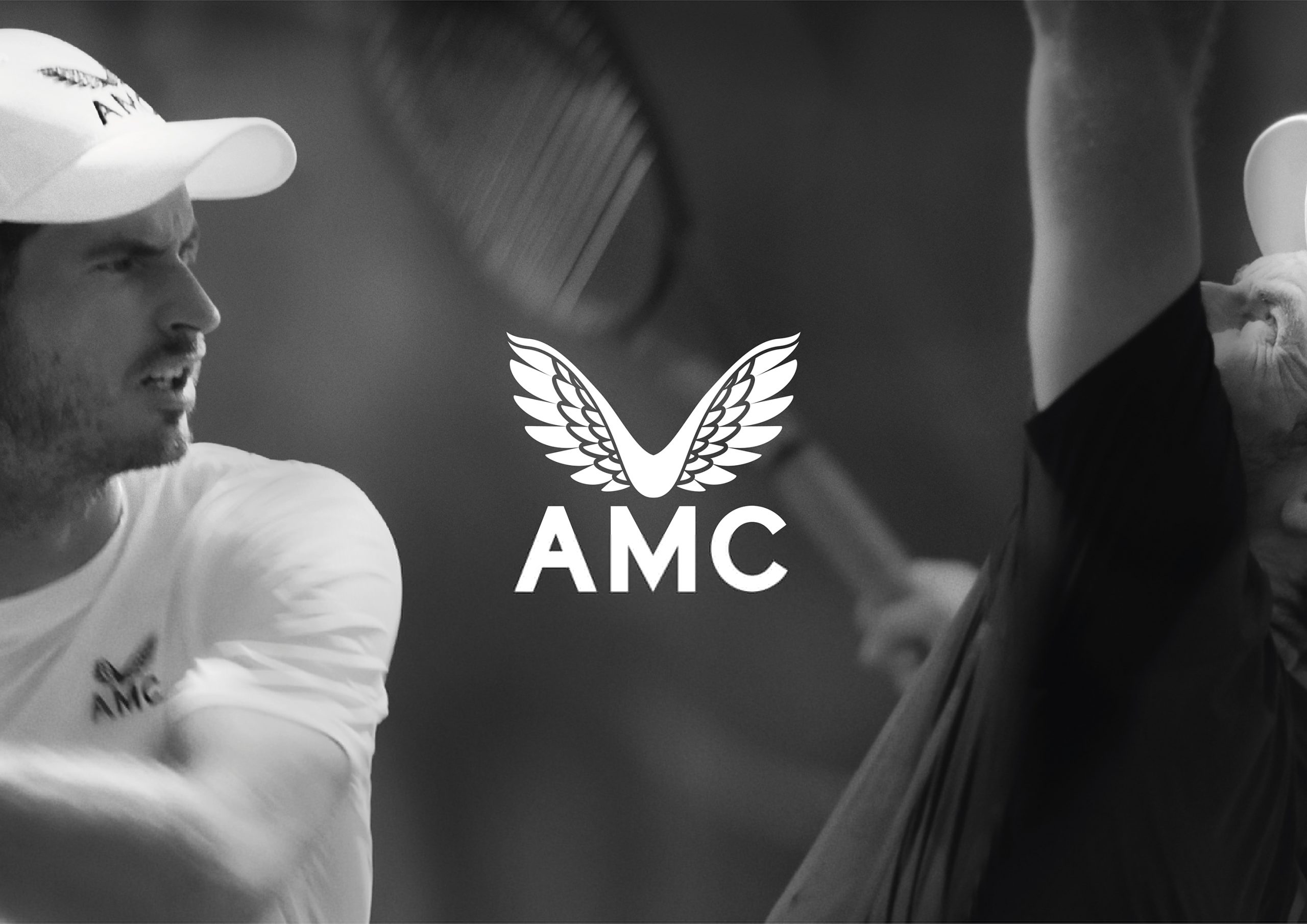 BRIEF
Castore is a premium, high-performance sportswear brand for men who take sports and training seriously. After their launch in 2016, the brand has seen success despite being a relatively unknown contender in the industry. Earlier this year they agreed a partnership deal with Andy Murray
(who was already a fan of the brand), aiming to get wider global exposure. Together they created a new standard of tennis apparel with the AMC range.

WMH were asked to create a film to raise Castore’s profile and announce the AMC launch.

CREATIVE IDEA
“You can’t control whatever somebody else does but you can control what you do. There
is no opponent, only you” – Andy Murray, 2019.

On the court. Whatever the weather, regardless of career-ending injuries. No fuss, no excuses. Simple. Just Andy vs Andy. When you’re in pursuit of progress, there are no bounds. ‘Better never stops’ is a core belief that Andy and Castore genuinely share and our aim was to epitomise it in this film, capturing a ‘fly on the wall’ viewpoint of Andy Murray’s gritty, gutsy training routine.

RESULTS/EVIDENCE
The AMC range was launched with the film on 18 November 2019 on Castore.com, in their pop-up store on King’s road and in Selfridges. This coincides with the start of the Davis Cup in Madrid.
Despite both limited production budget (£12,000) and media exposure, the film reached over 71K views on Twitter within 24h of being launched. 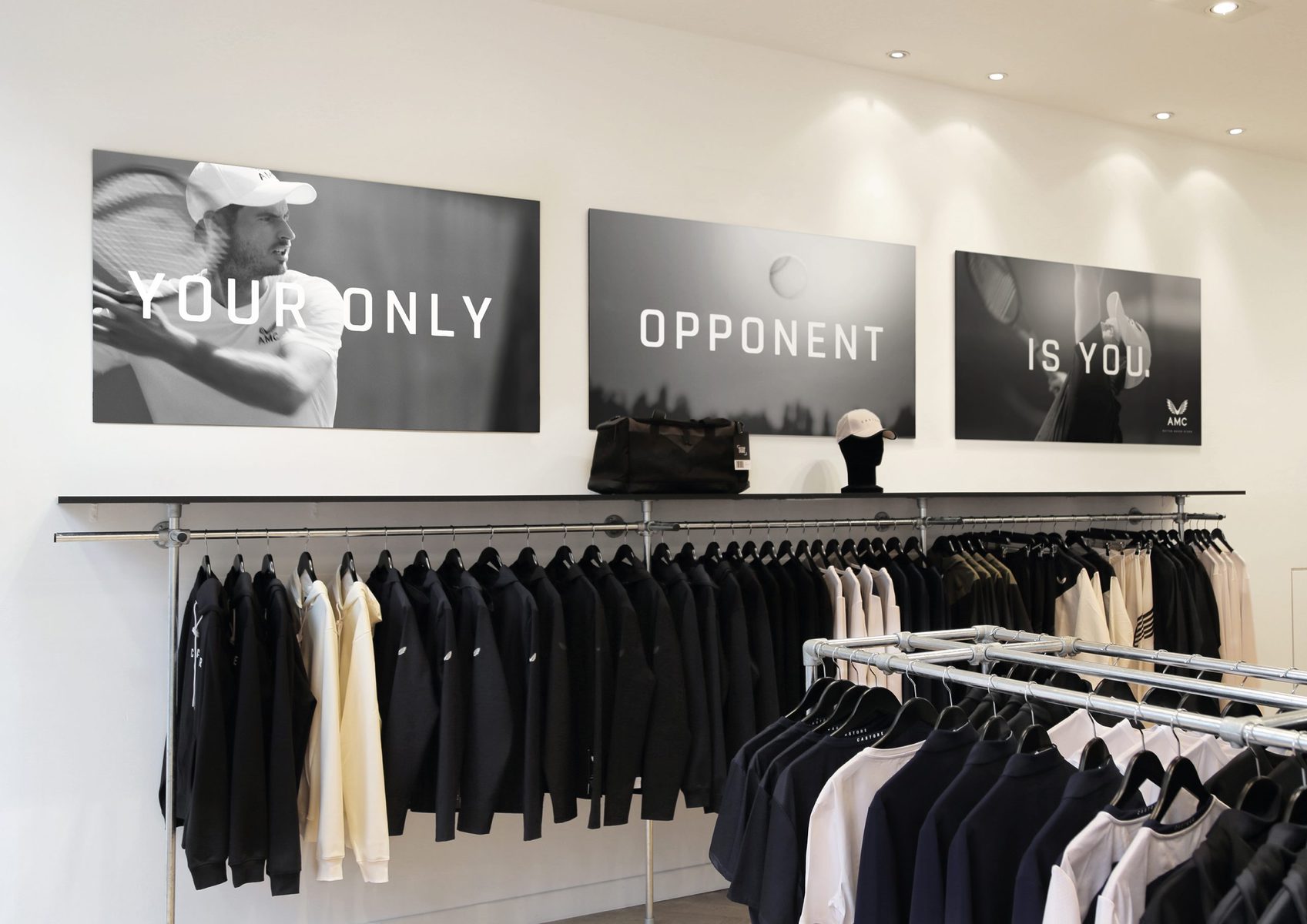 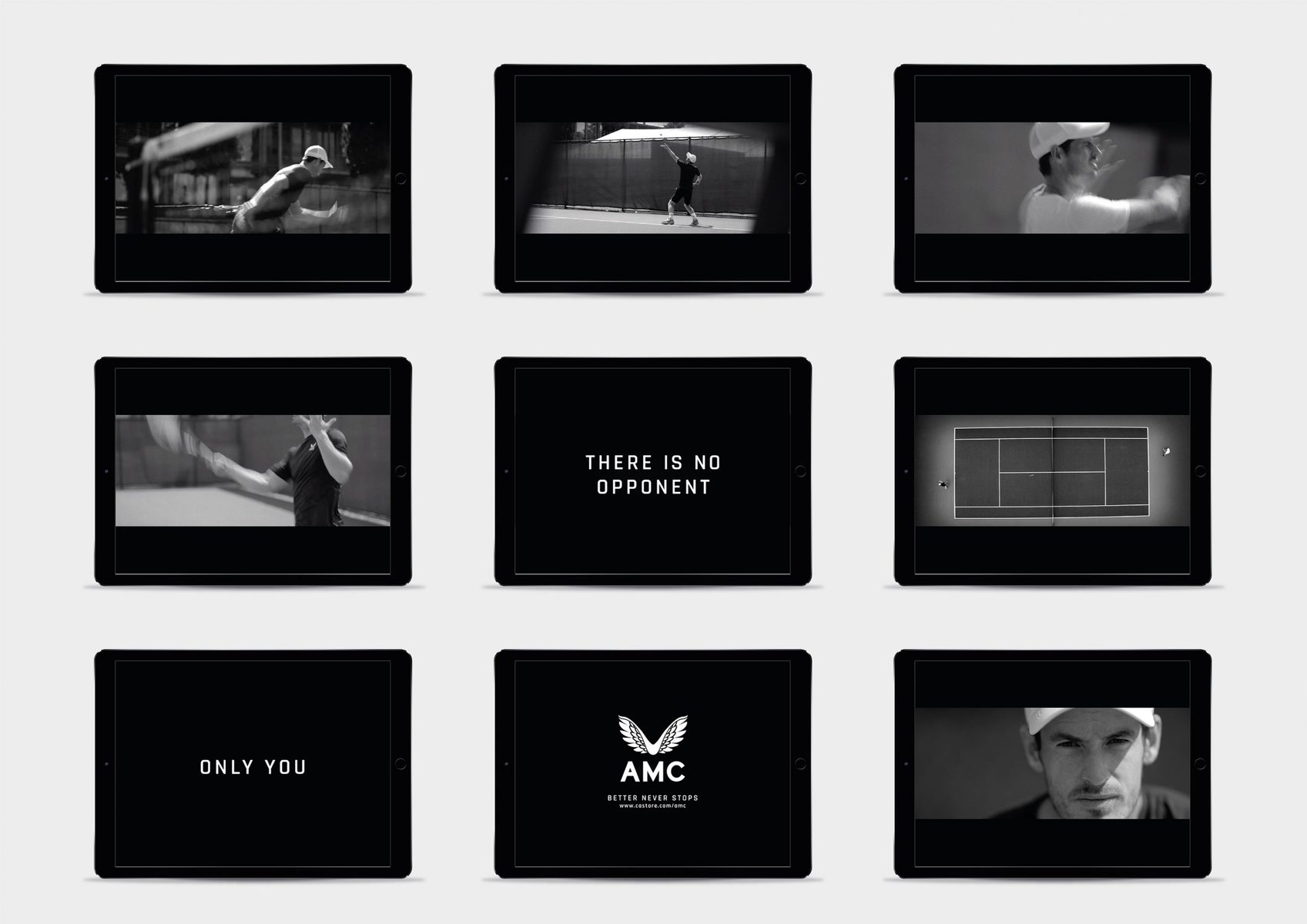 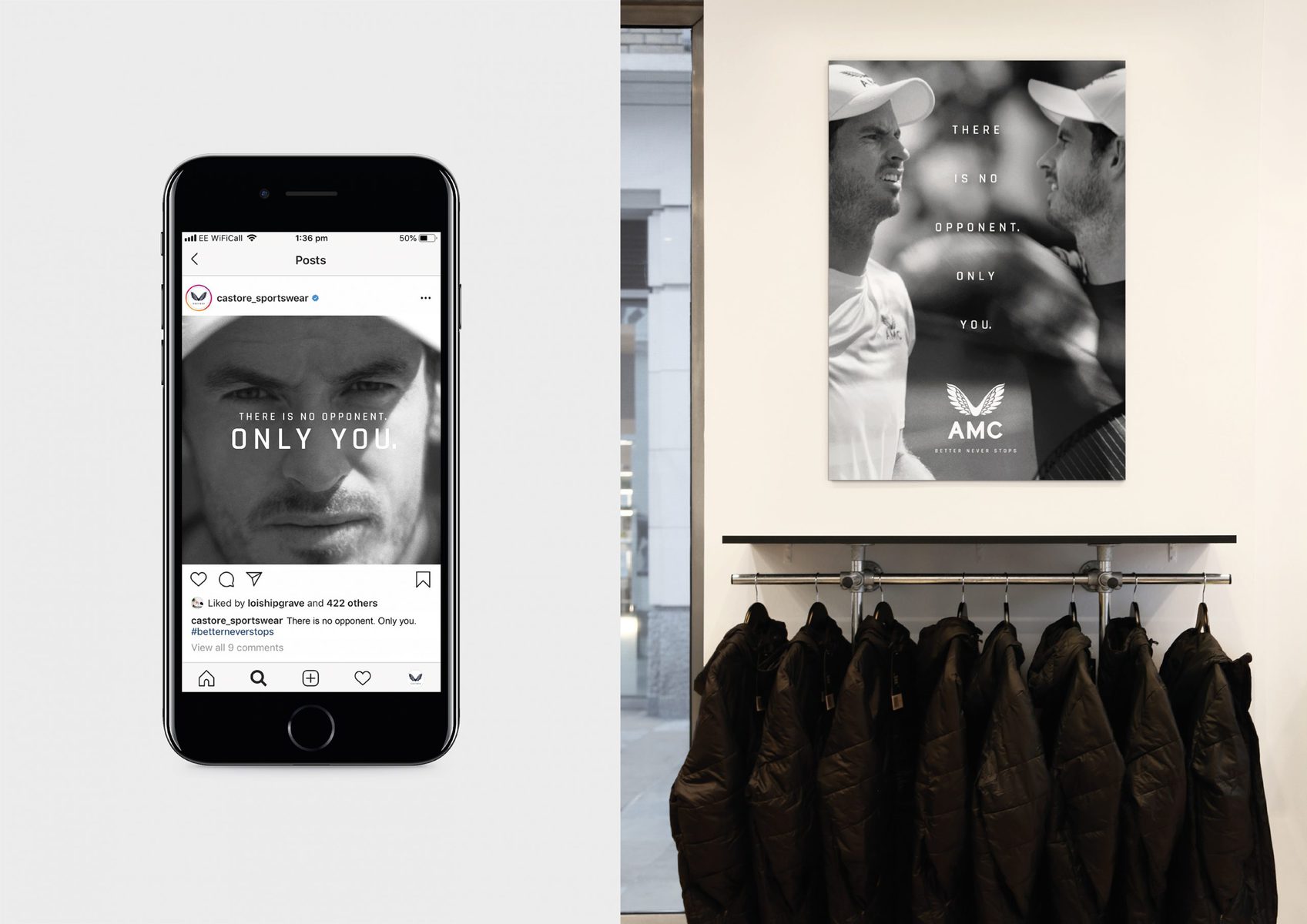 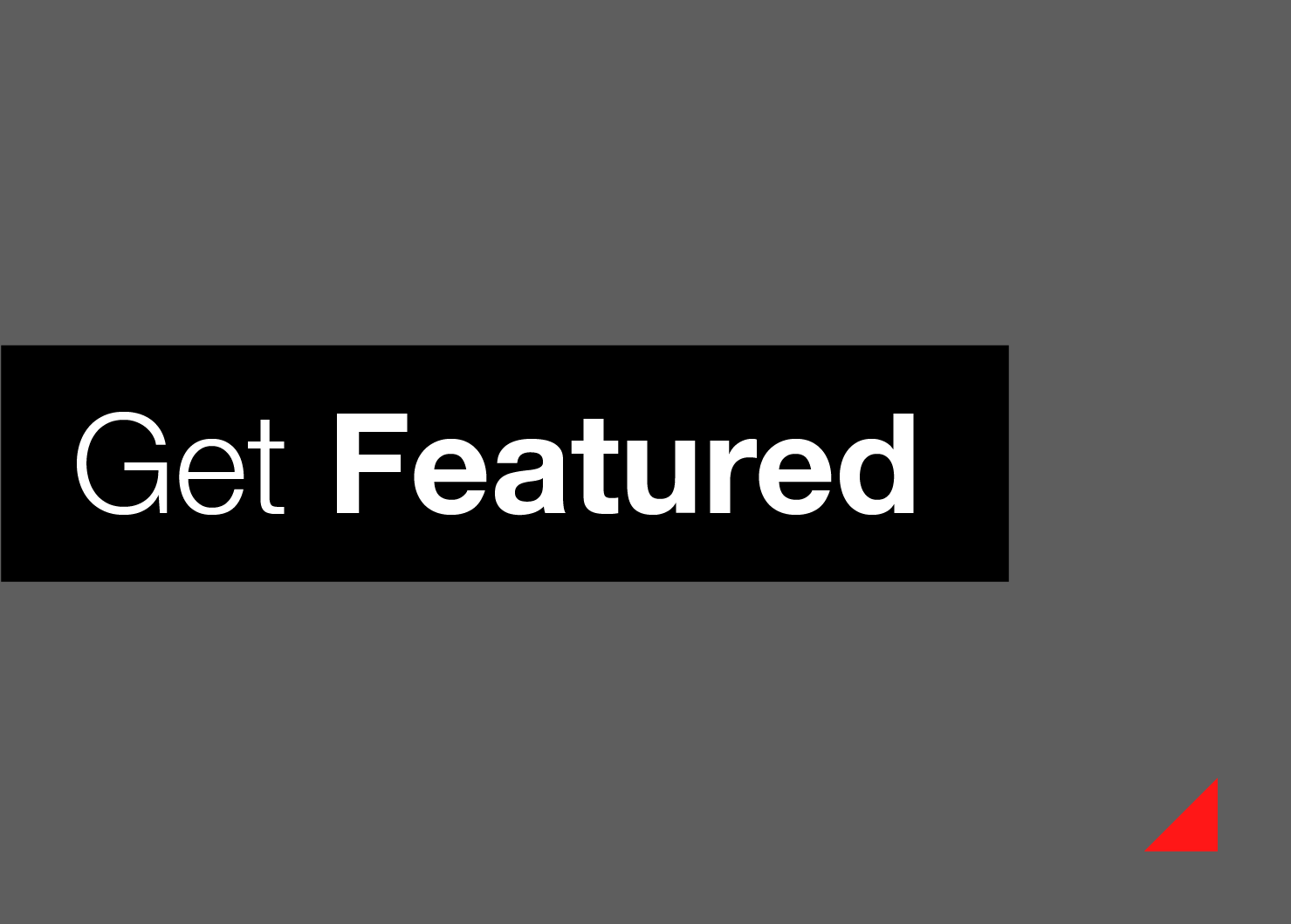