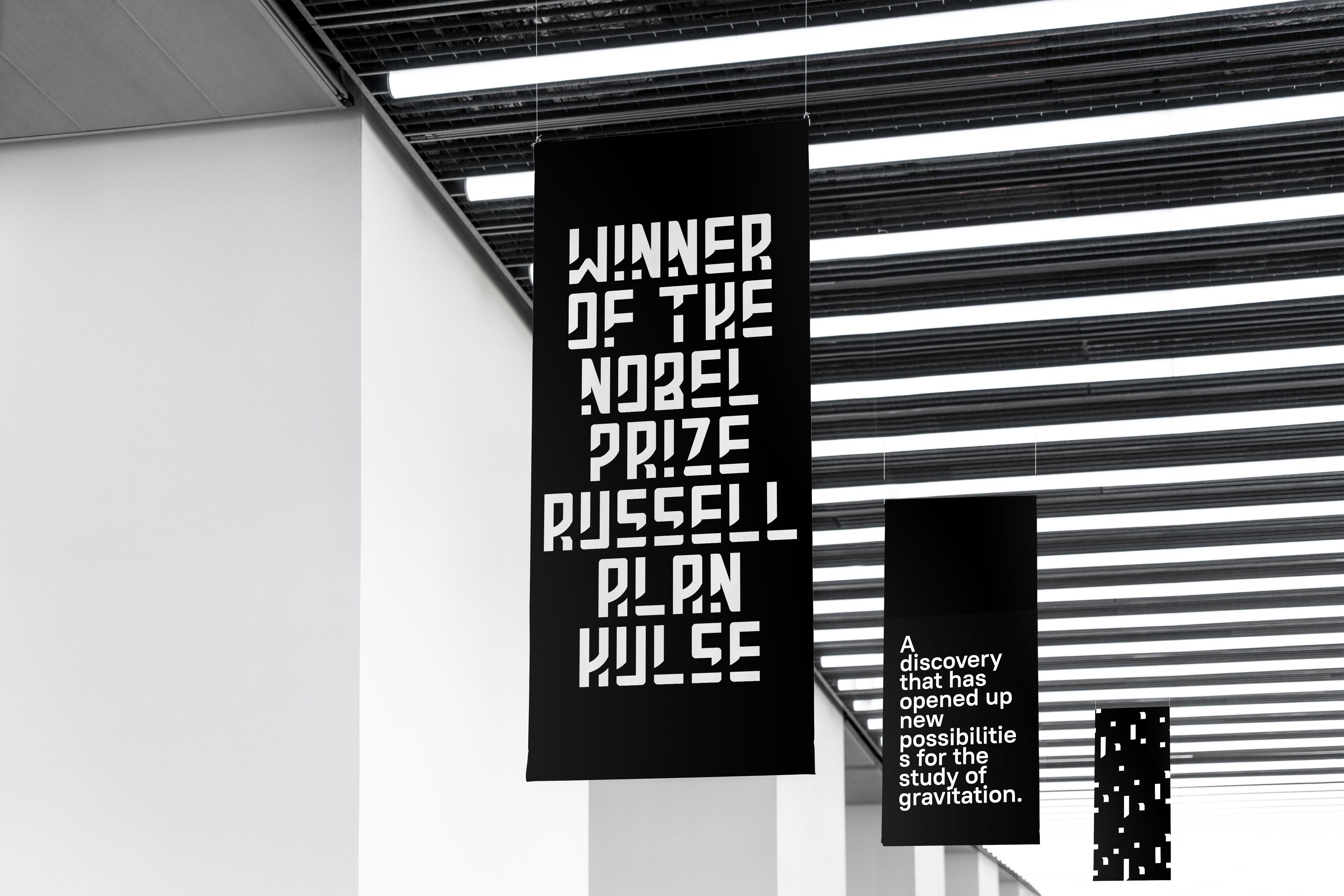 The project Is an exhibition dedicated to the American physicist and winner of the Nobel Prize In Physics Russell Hulse.

Russell Alan Hulse (born November 28, 1950) Is an American physicist and winner of the Nobel Prize In Physics, shared with his thesis advisor Joseph Hooton Taylor Jr., “for the discovery of a new type of pulsar, a discovery that has opened up new possibilities for the study of gravitation”. While working on his Ph.D. dissertation, he was a scholar In 1974 at the Arecibo Observatory In Puerto Rico of Cornell University. There he worked with Taylor on a large-scale survey for pulsars. It was this work that led to the discovery of the first binary pulsar. In 1974, Hulse and Taylor discovered binary pulsar PSR B1913, which Is made up of a pulsar and black companion star.

For the exhibition I created the display font “pulsar” and the Identity based on Hulse’s world.

First of all I started a research about Russell Alan Hulse and the visual world around him. then I ended up with some words like (gravity, movement, darkness, lightness, universe, distance…), after that I started researching these words, and I started thinking about how to visually represent these words and apply them to the font and Identity design.

The task was to create an exhibition identity based on a font, so after the research I started sketching out some ideas to create the font, I ended up with the display font “pulsar” which I used to create the entire identity system.

I used white and black colors to represent the contrast between a pulsar and black companion star, these made up the binary pulsar that Hulse discovered.

The target group is generally everyone who enjoys space science. 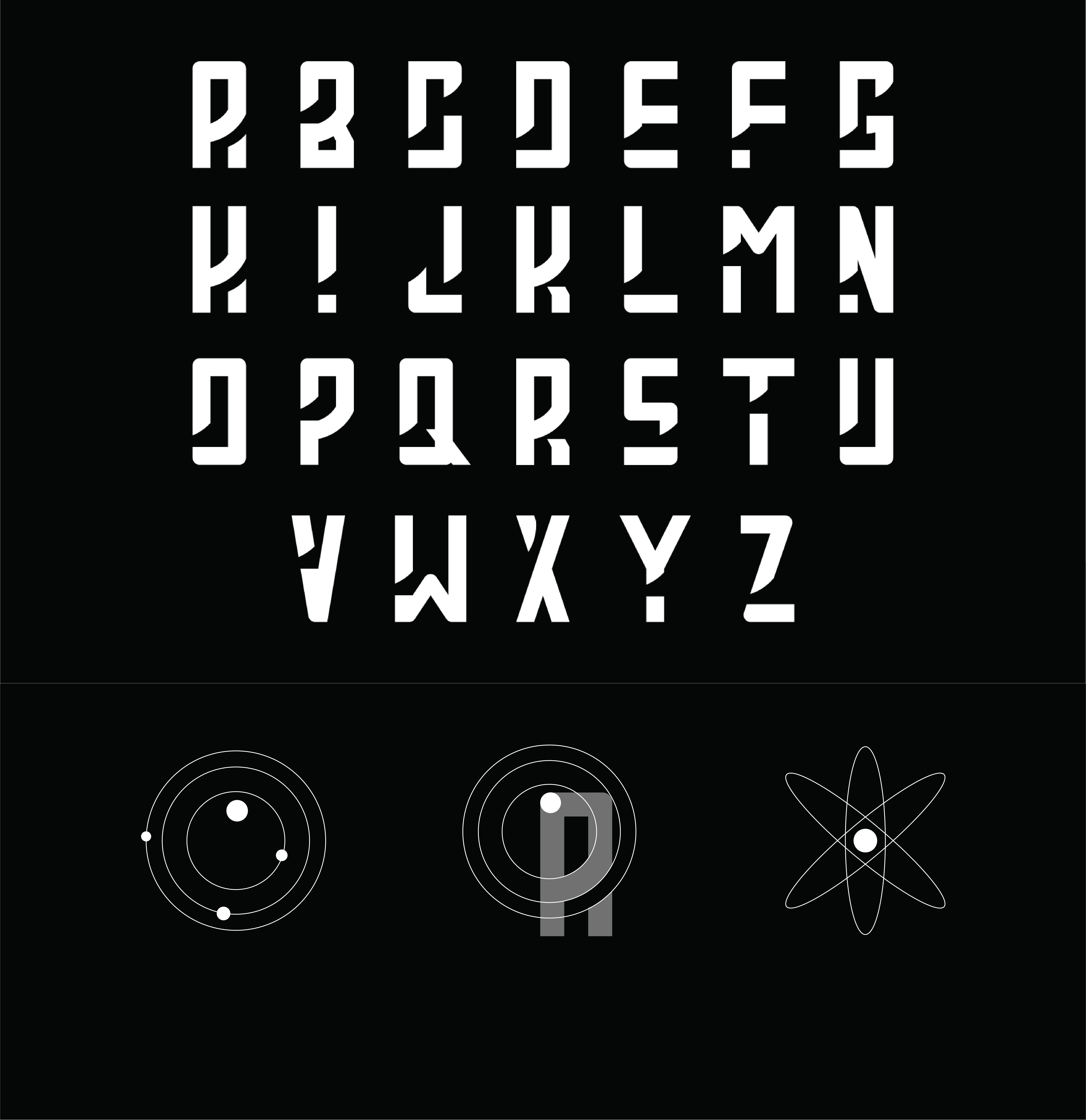 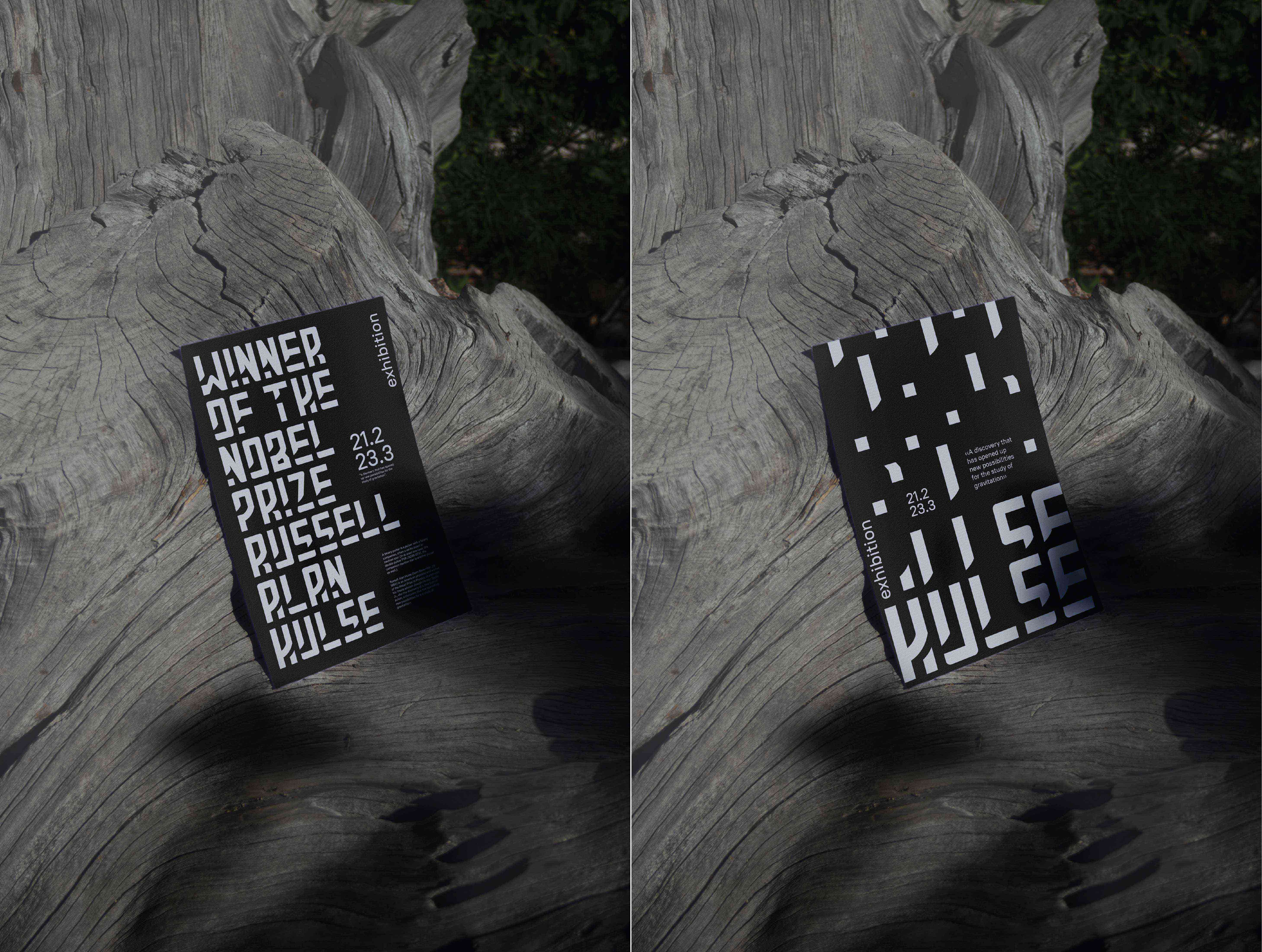 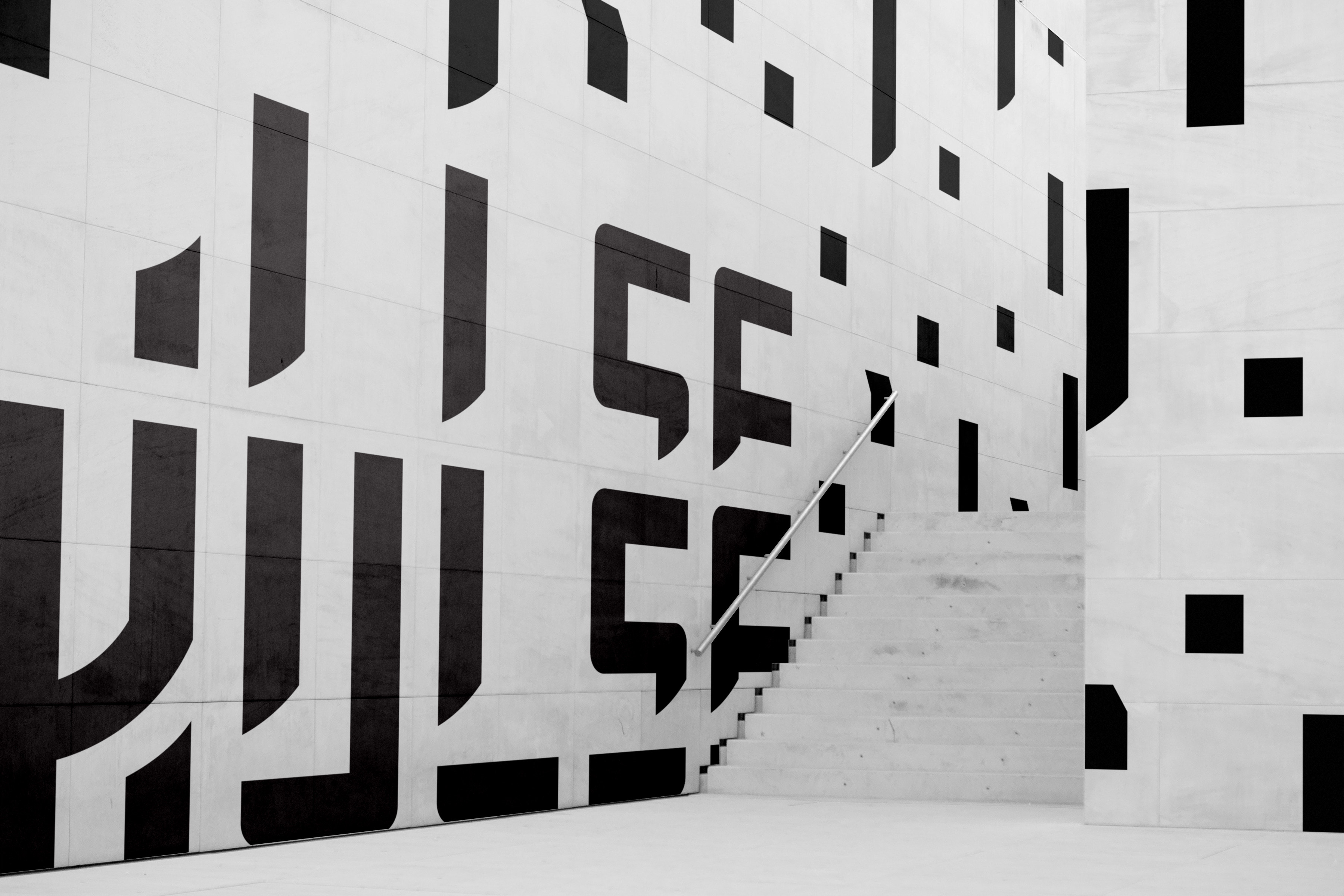 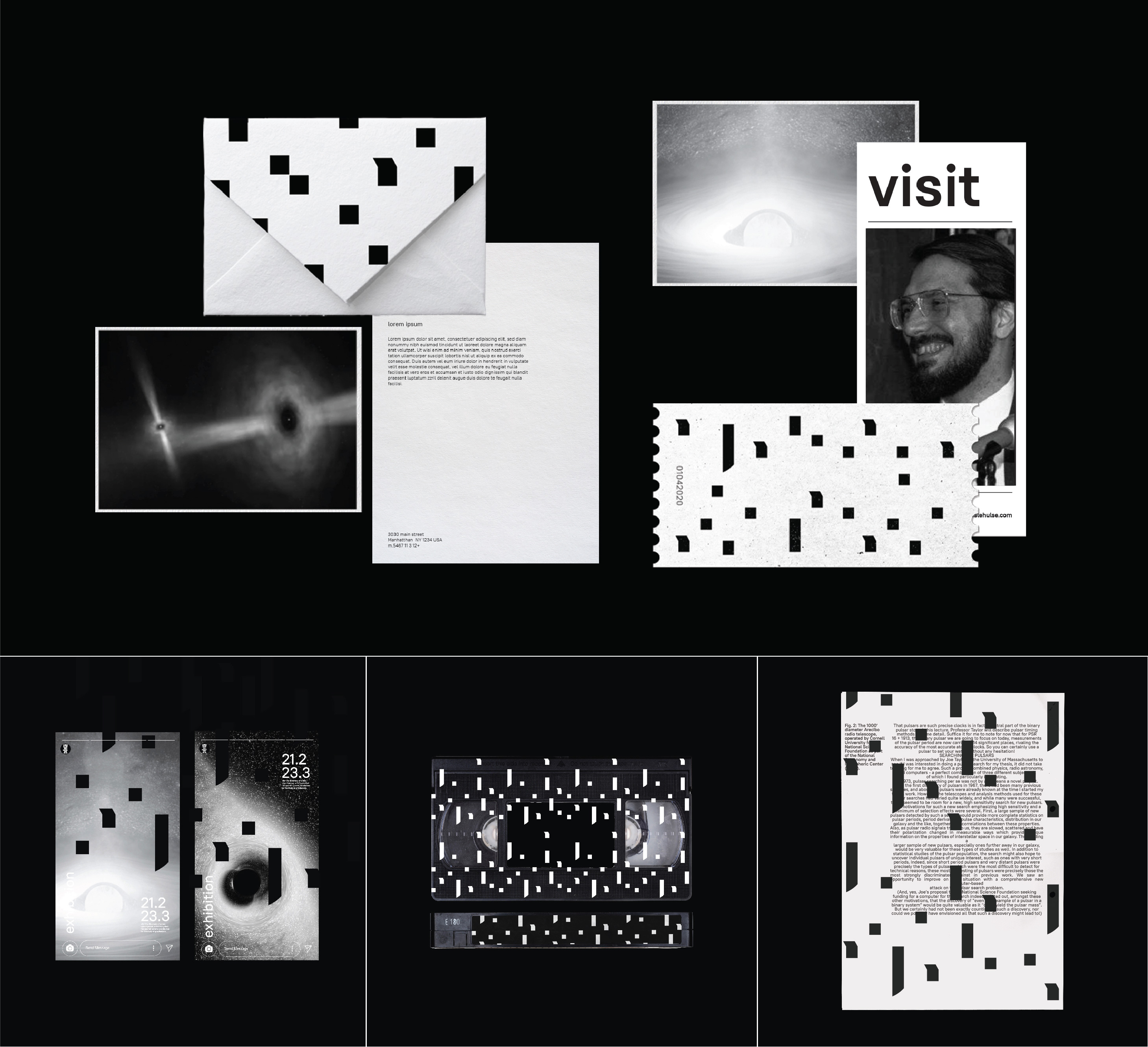 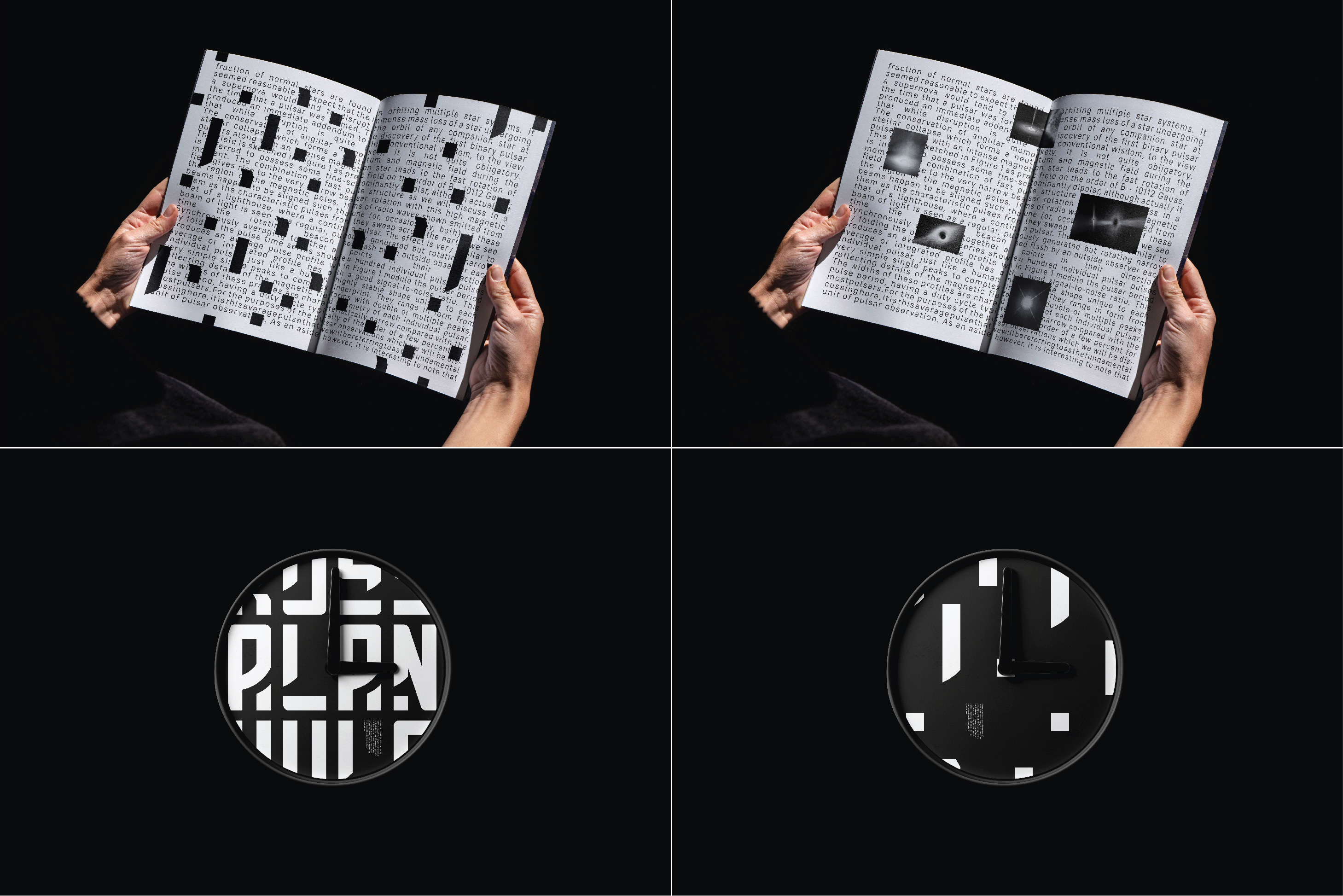 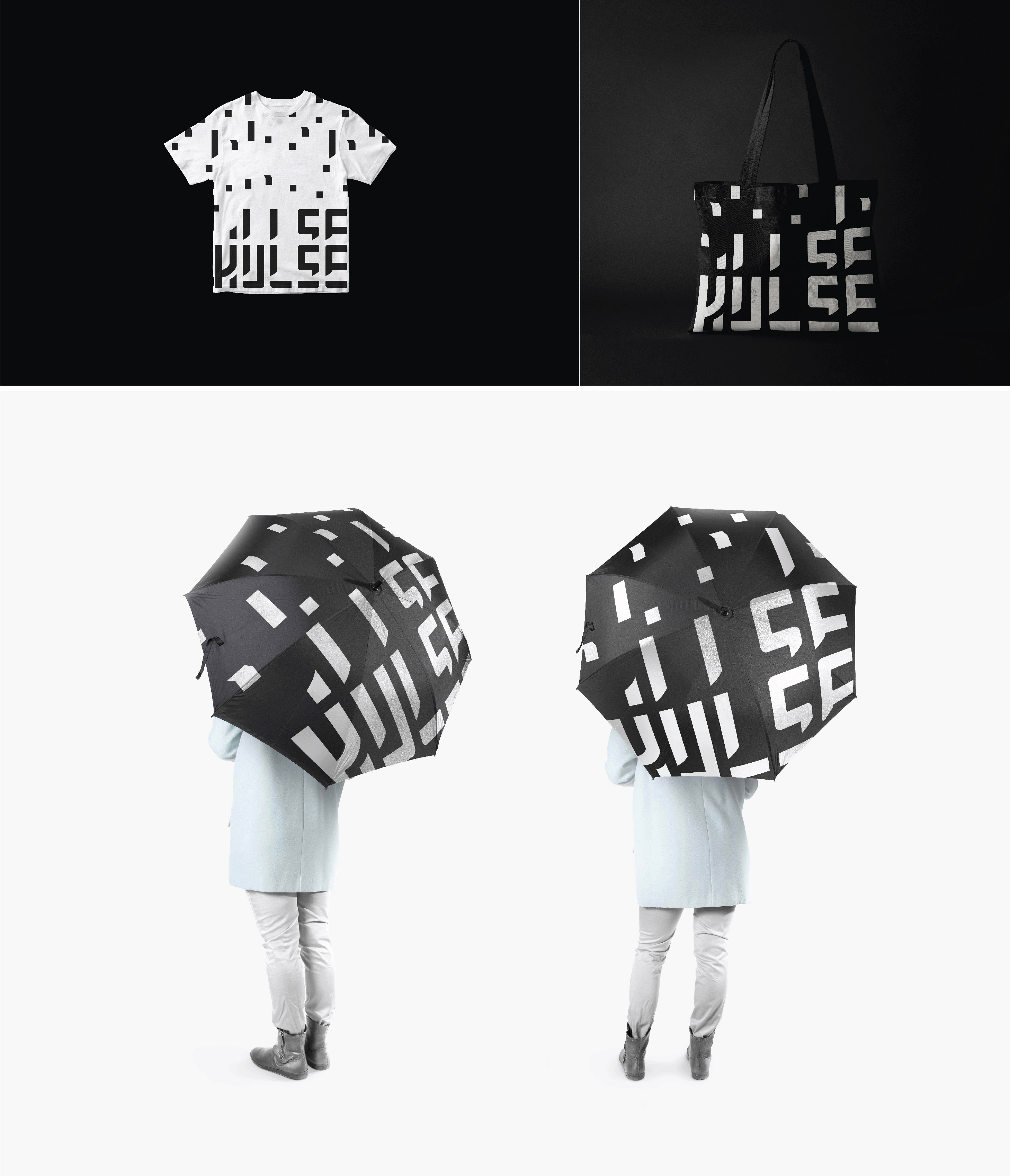 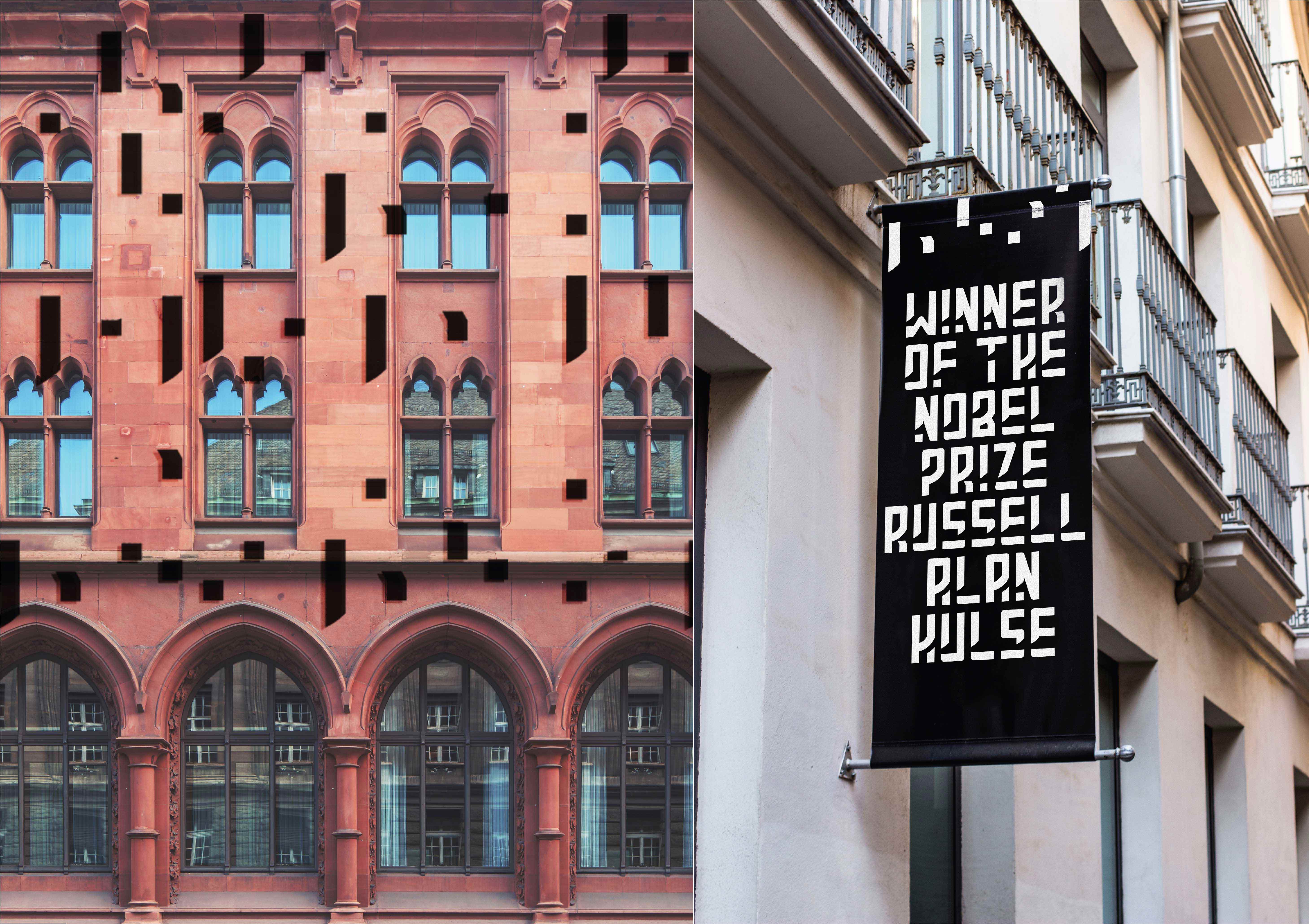