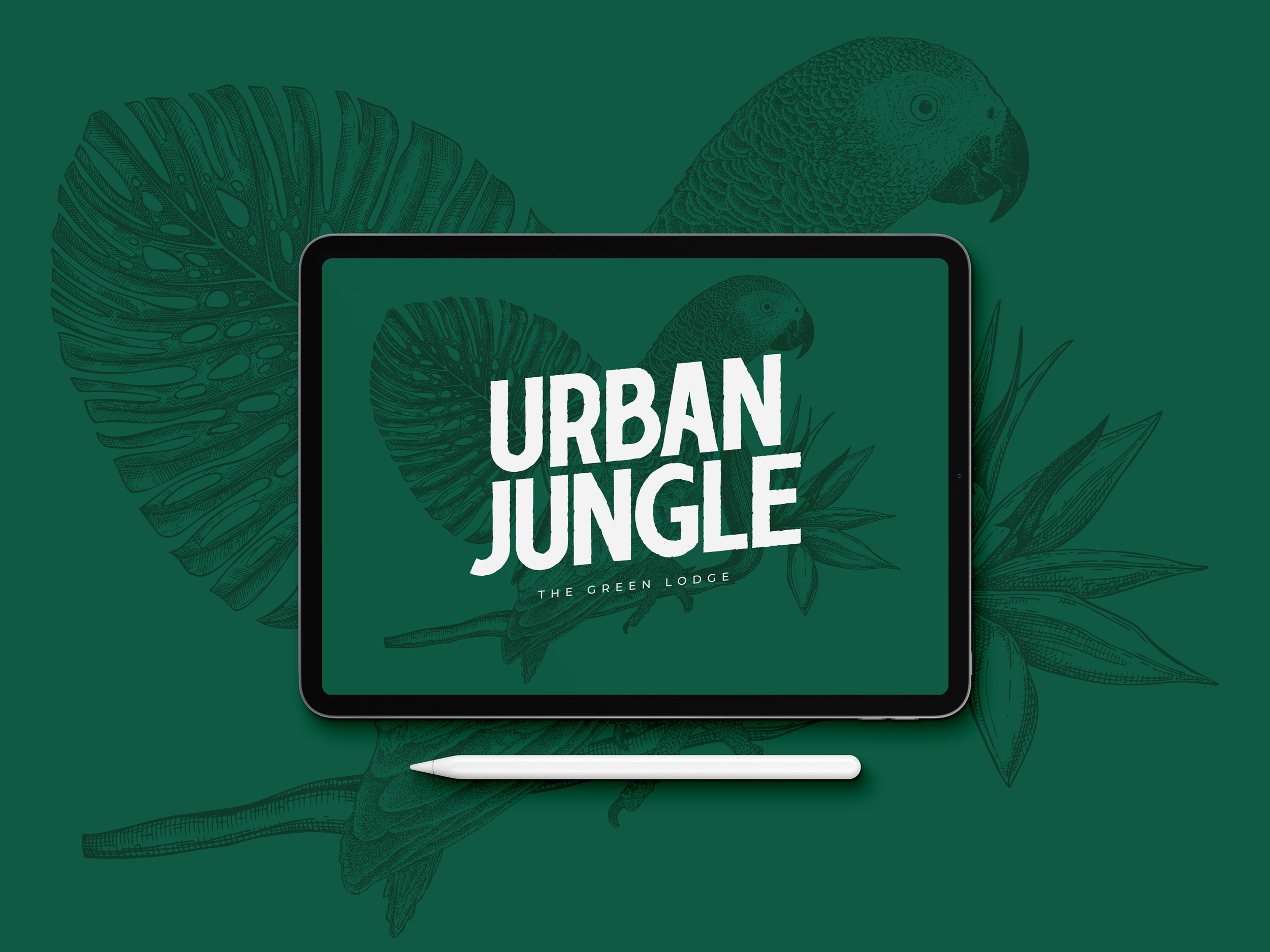 Urban Jungle is a minimalist hotel that will open soon in Germany in the beautiful region of Lake Constance.
An urban oasis in the middle of the city. The small, eco-friendly and sustainable self-catering hotel calls cyclists and travellers from all over the world to welcome them to an exclusive minimalist hotel and experience in urban design. The green city oasis with refined, tiny jungle-style cabins is located in the city centre and right next to the lakes.

For this visual identity, an original typography has been designed in a contemporary style with a willingness to leave small imperfections and texture in order to integrate it best with the overall project. Then, a wallpaper was created, it integrates several tropical leaves and 3 animals: a toucan, a parrot and a monkey. For this illustration, a contemporary style was used with lines to indicate shadows and details. This wallpaper is used for the background of the business card, but also a wall inside the hotel. In addition to this wallpaper, 3 other illustrations have been designed. Only the monkey used on the wallpaper has been taken over, the toucan and the parrot have been drawn in more detail and these 3 animals are each time integrated in a composition with tropical jungle elements. These 3 illustrations will be found in several places in the hotel, whether in the rooms, the common areas or the signage. In addition, there are monograms made with the original typography of the visual identity. The U and the J are decorated with several tropical leaves, as if the jungle was taking over. These monograms will be found mainly on the hotel’s signage.

Finally, two colour ranges were created for this project: the first, which is the main one, composed of a forest green for the background, a darker green for the illustrations and a grey/beige to bring out the typography of the visual identity. This range will be used throughout the hotel and on the goodies. The second range is used for the two monograms and is composed of a very wide range of greens, used only for the signage. The whole of this rich identity is thus in total adequacy with the hotel and the environment which surrounds it. 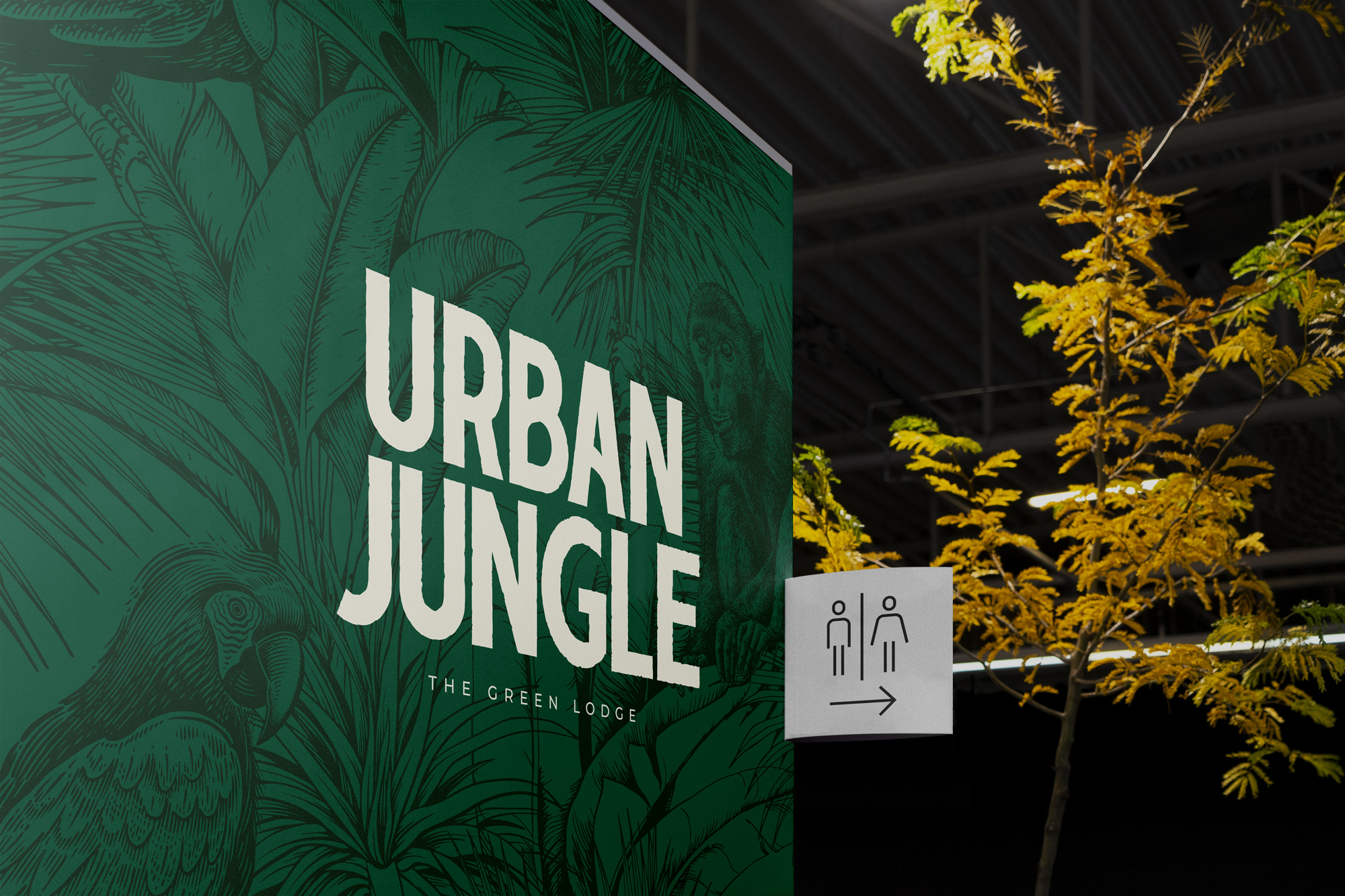 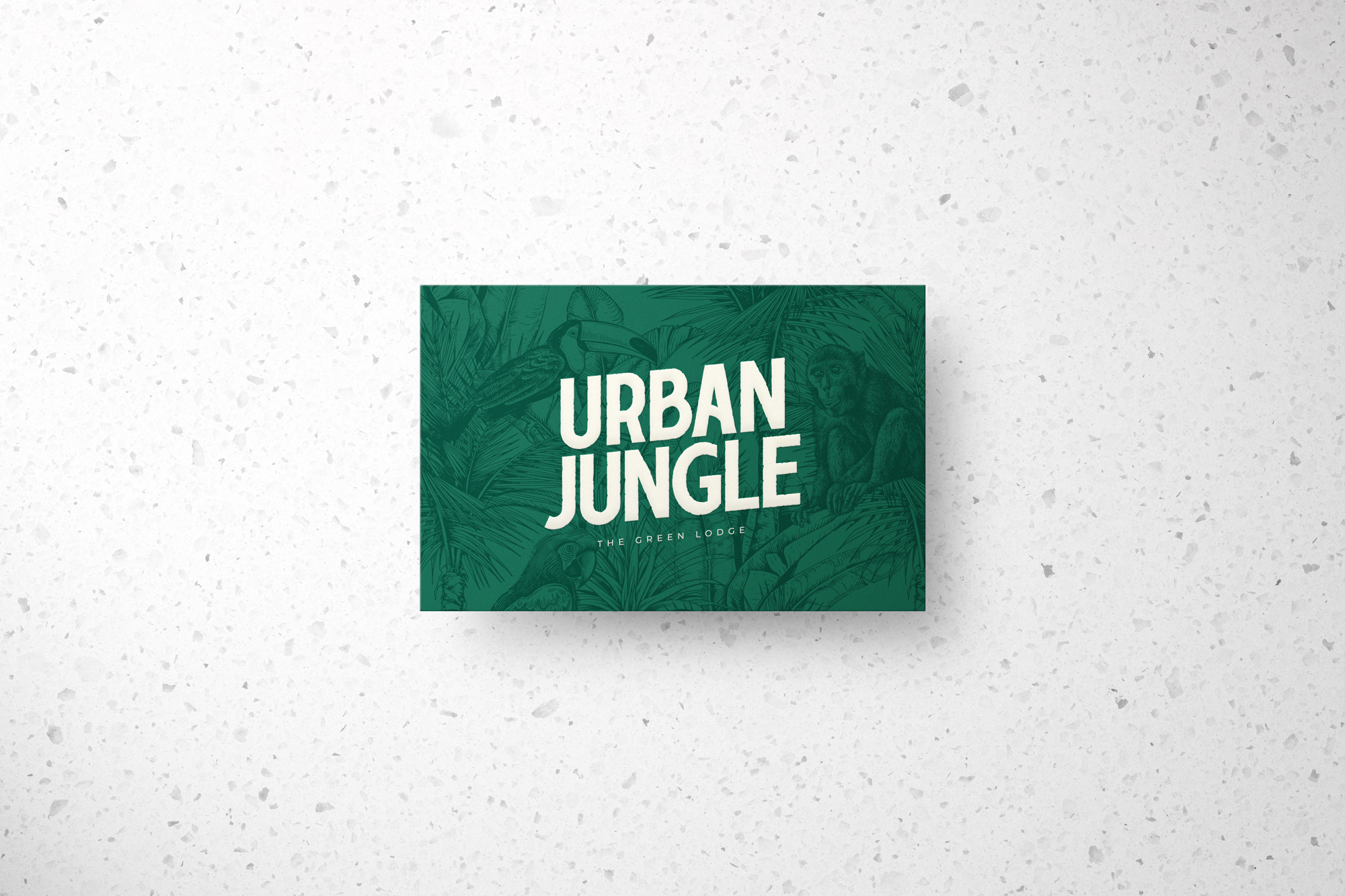 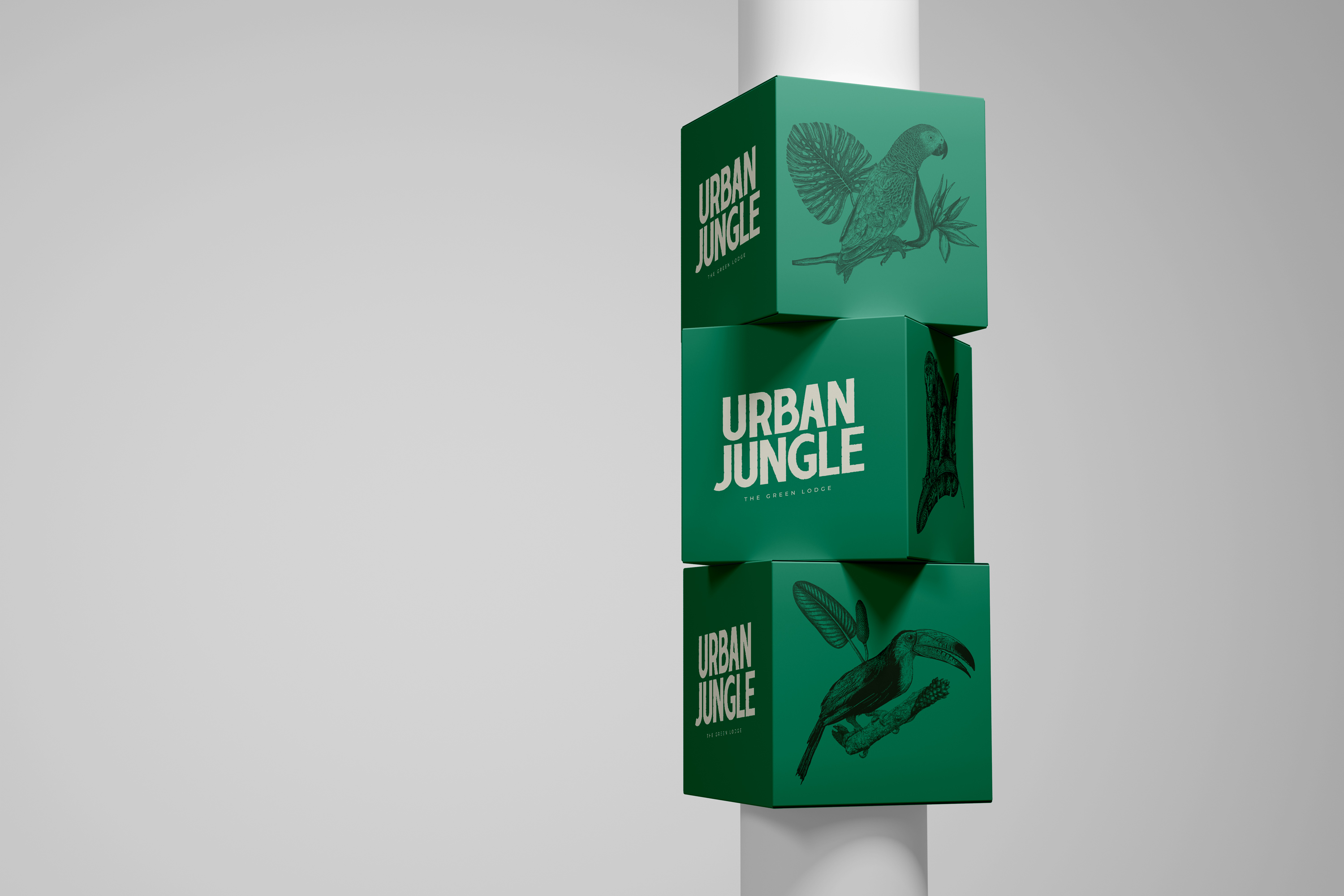 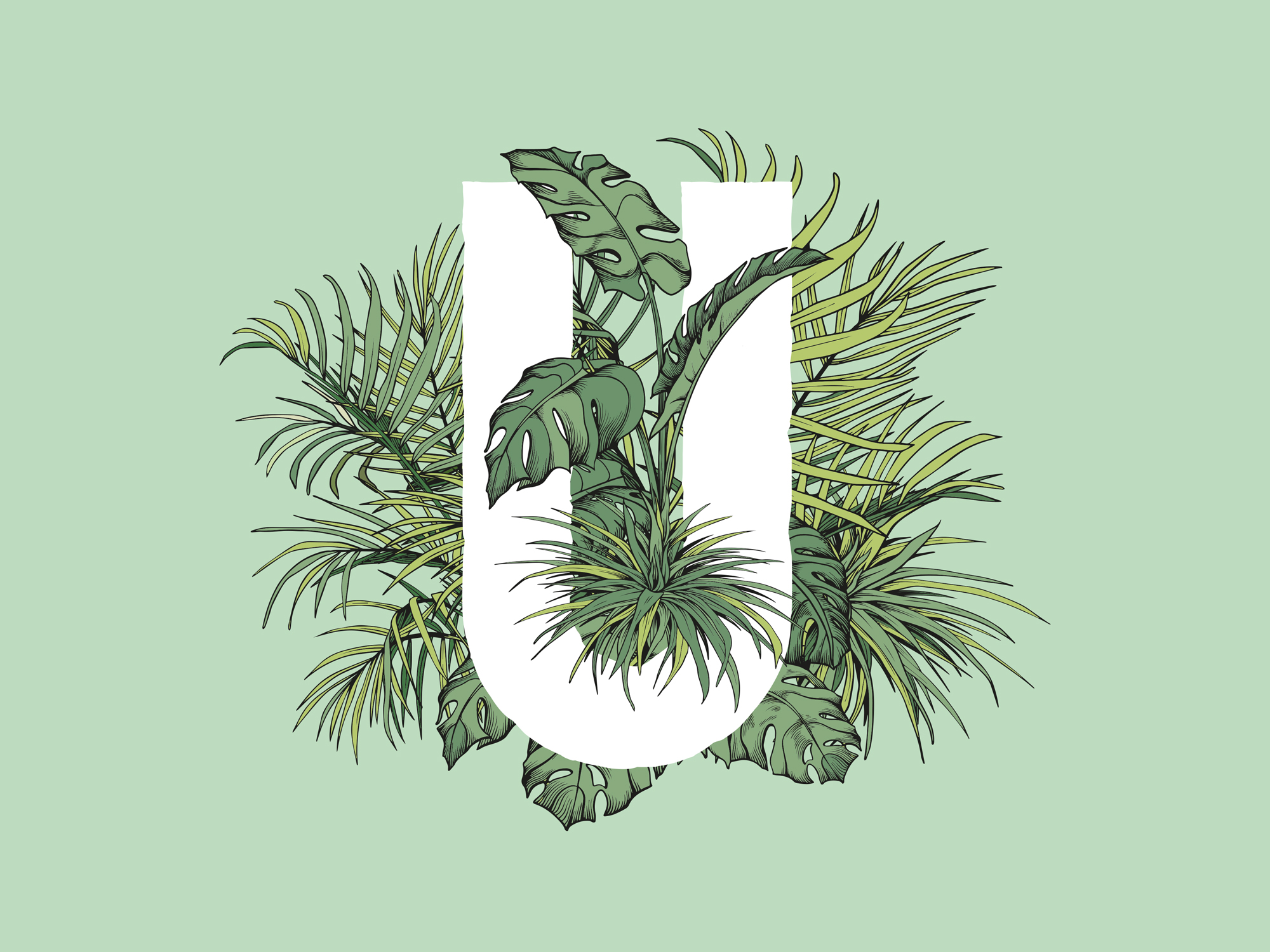 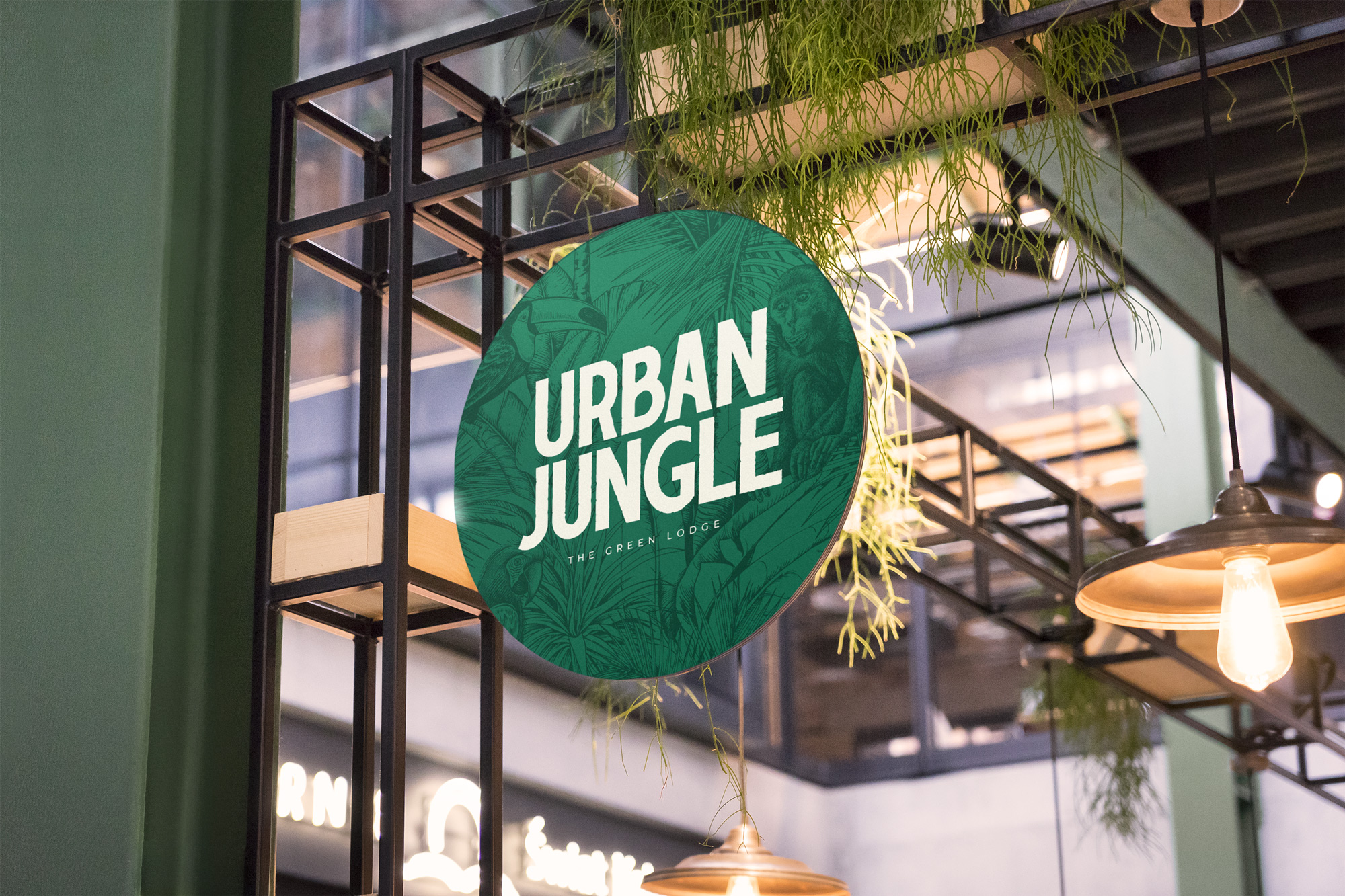