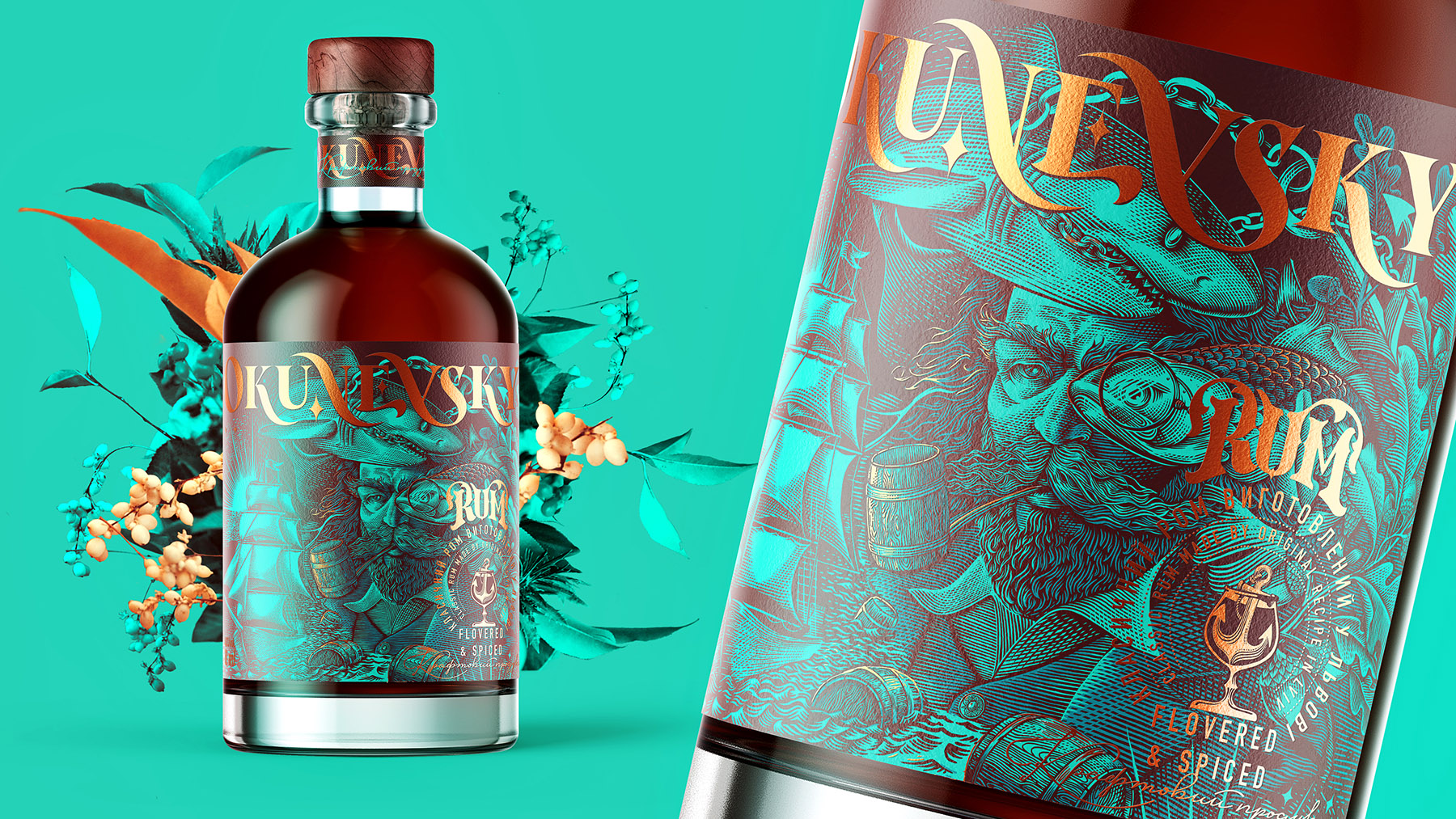 Okunevsky is a new brand of classic rum made in Lviv, Ukraine. This is a completely craft product, made in limited batches and with great attention to product quality. The brand is named after the Ukrainian military figure Yaroslav Okunevsky, who was a native of Galicia and became an admiral of the fleet of the Austro-Hungarian Empire.

From 1772 to 1918, Lviv was the capital of the Kingdom of Galicia and Vladimir, which were part of the Austro-Hungarian Empire.
Yaroslav Okunevsky made an extremely rare military career for a Ukrainian in the Austro-Hungarian Empire, becoming an admiral of the Imperial-Royal Navy. During his thirty years of service in the Navy, he took part in long voyages on sailboats and steamships “Aurora”, “Minerva”, “Radetsky”, “Kaiser Franz Joseph I”, visited Africa, China, the Himalayas, Ceylon, Greece , The Ottoman Empire and other countries. He mastered the medical and military sciences, knew the geography of navigation, history, fluent in English, French, Italian and German. He drafted the first charter of the naval medical service, which was later used as the basis for the statutes of many states. He later became one of the two officers with the highest rank – Major General of the Maritime Medical Service, which he received on November 1, 1914. Under his tutelage were thousands of sailors.

In the illustration, we allowed ourselves to deviate from the photographic portrait of the main character of the brand. The image is somewhat exaggerated and has a romantic-muscular mood of sailing, somewhat legendary to capture attention and create a slight mystique around the brand.
The surname Okunevsky in Ukrainian is derived from the name of the fish perch and this nuance we made the plot of the illustration by drawing a perch that follows from behind the character.

Rum is not a typical product for Ukraine, but one way or another there is a long and strong tradition of making quality alcoholic beverages and in the packaging design for this brand we tried to express the skill of creating high quality and complex labels to pay attention to details in rum making.
The illustration is made in the style of engraving with gold accents so that the product is perceived in a particularly elite and valuable way.
The task was to create an interesting brand with a historical background, its own legend, which would be reflected in the packaging design. The potential buyer is proud of the history and heroes of Ukraine and should feel this feeling in this product. 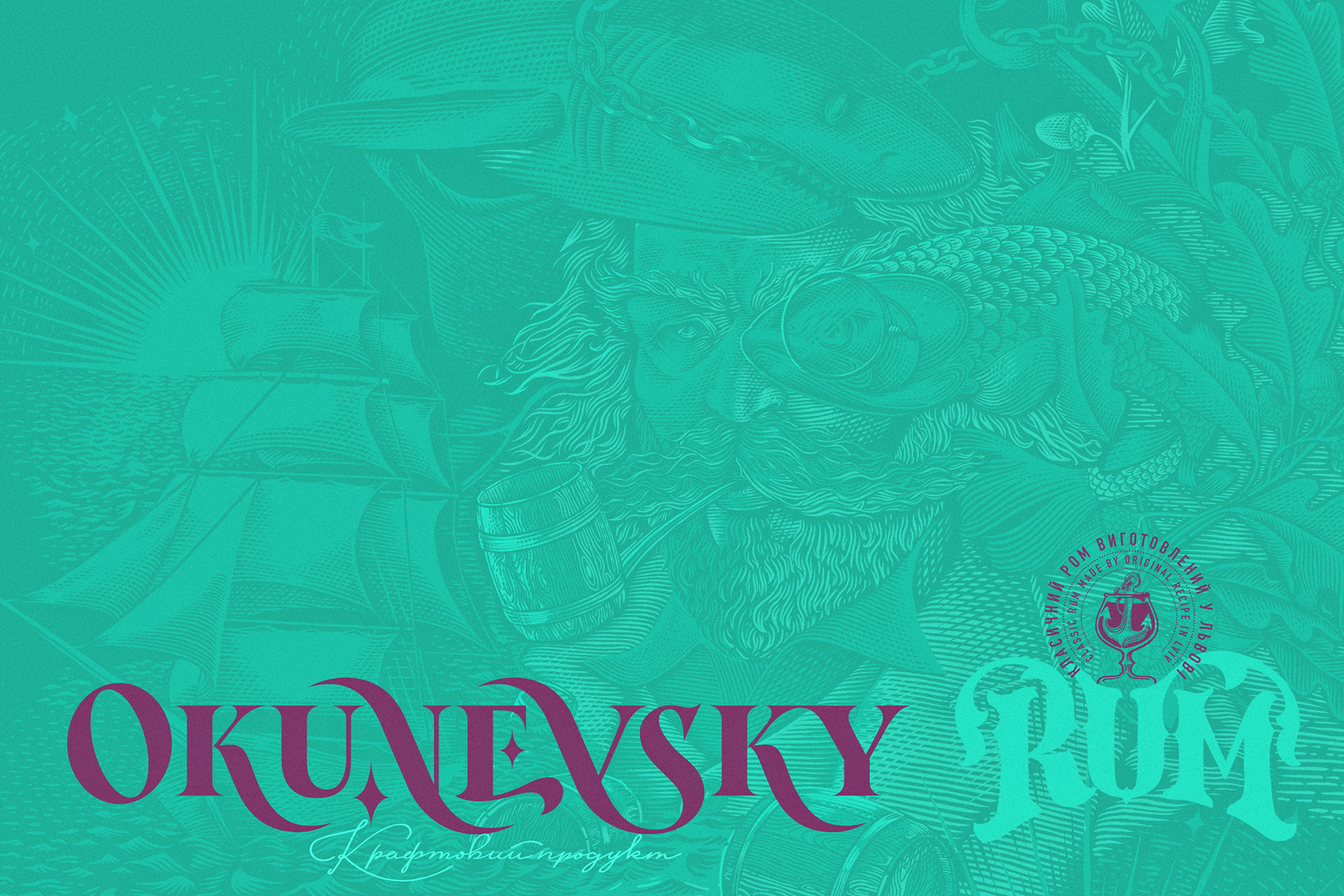 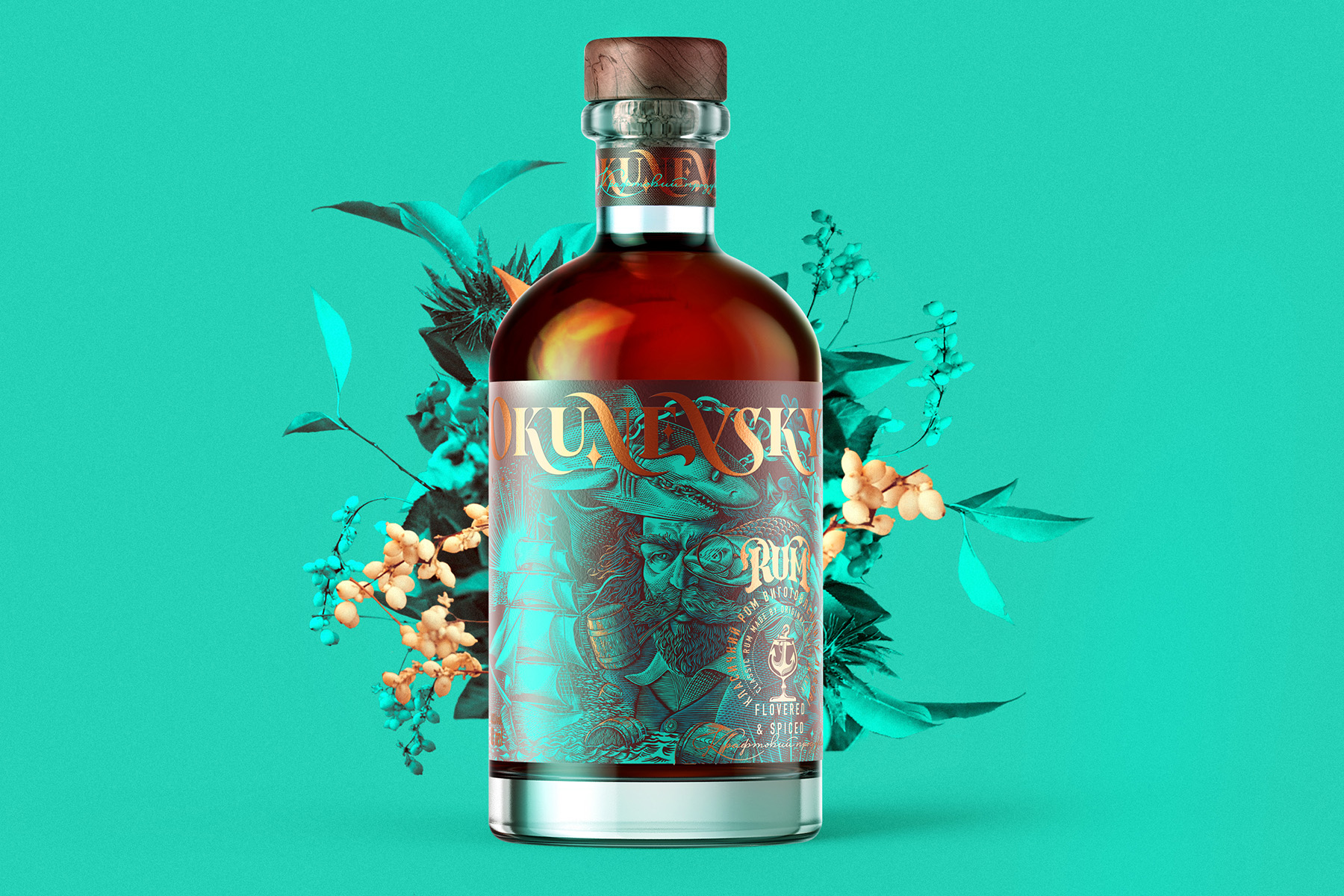 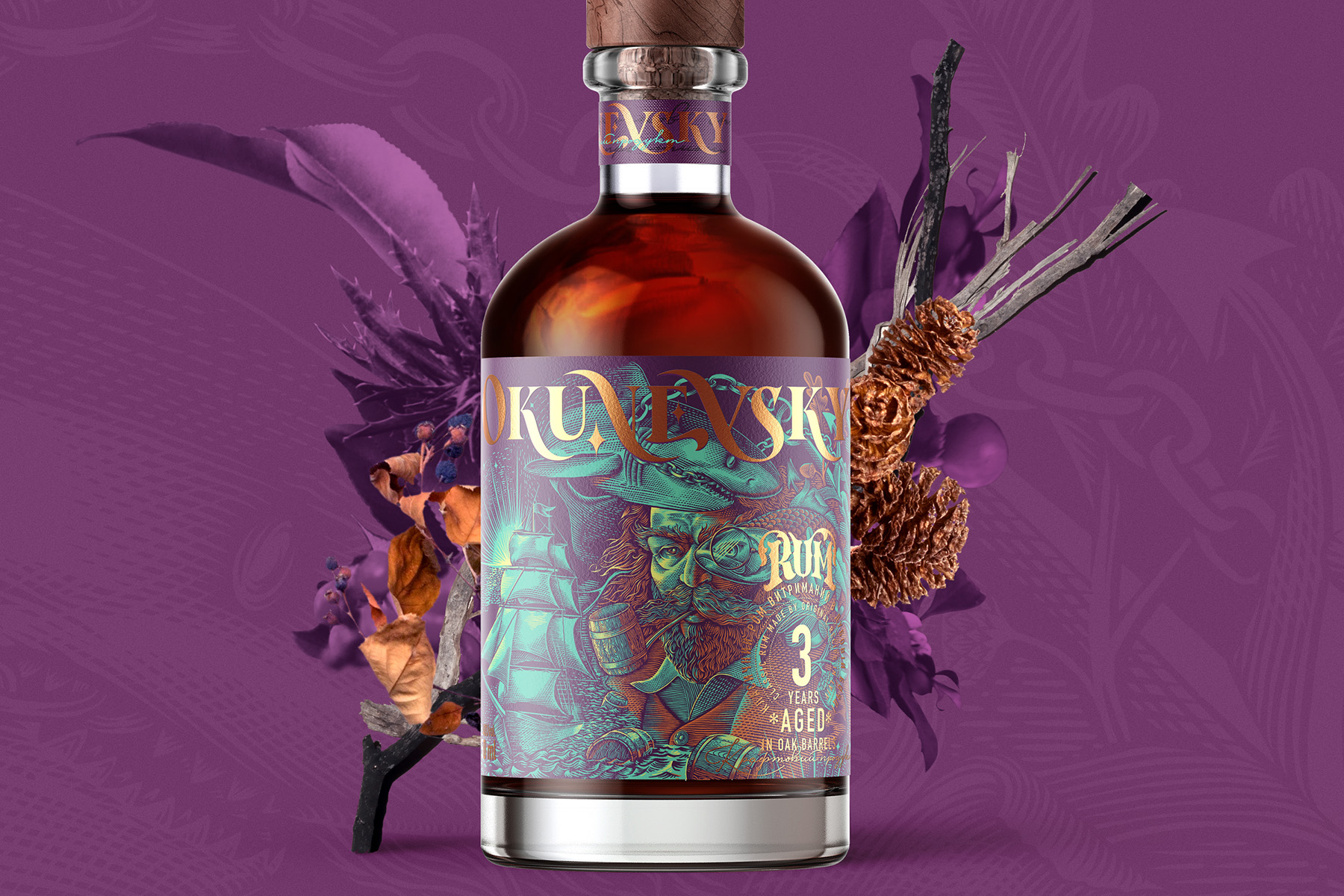 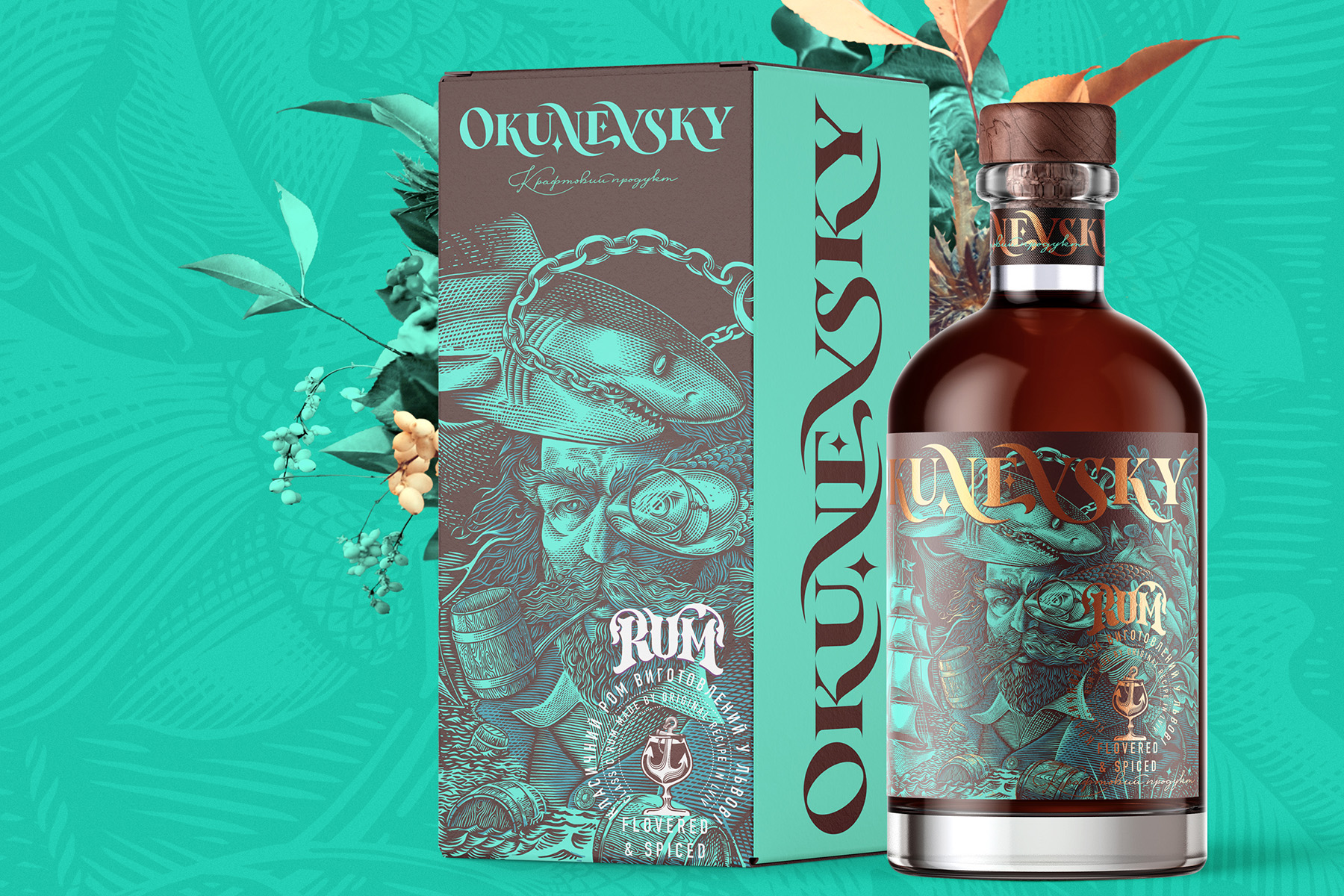 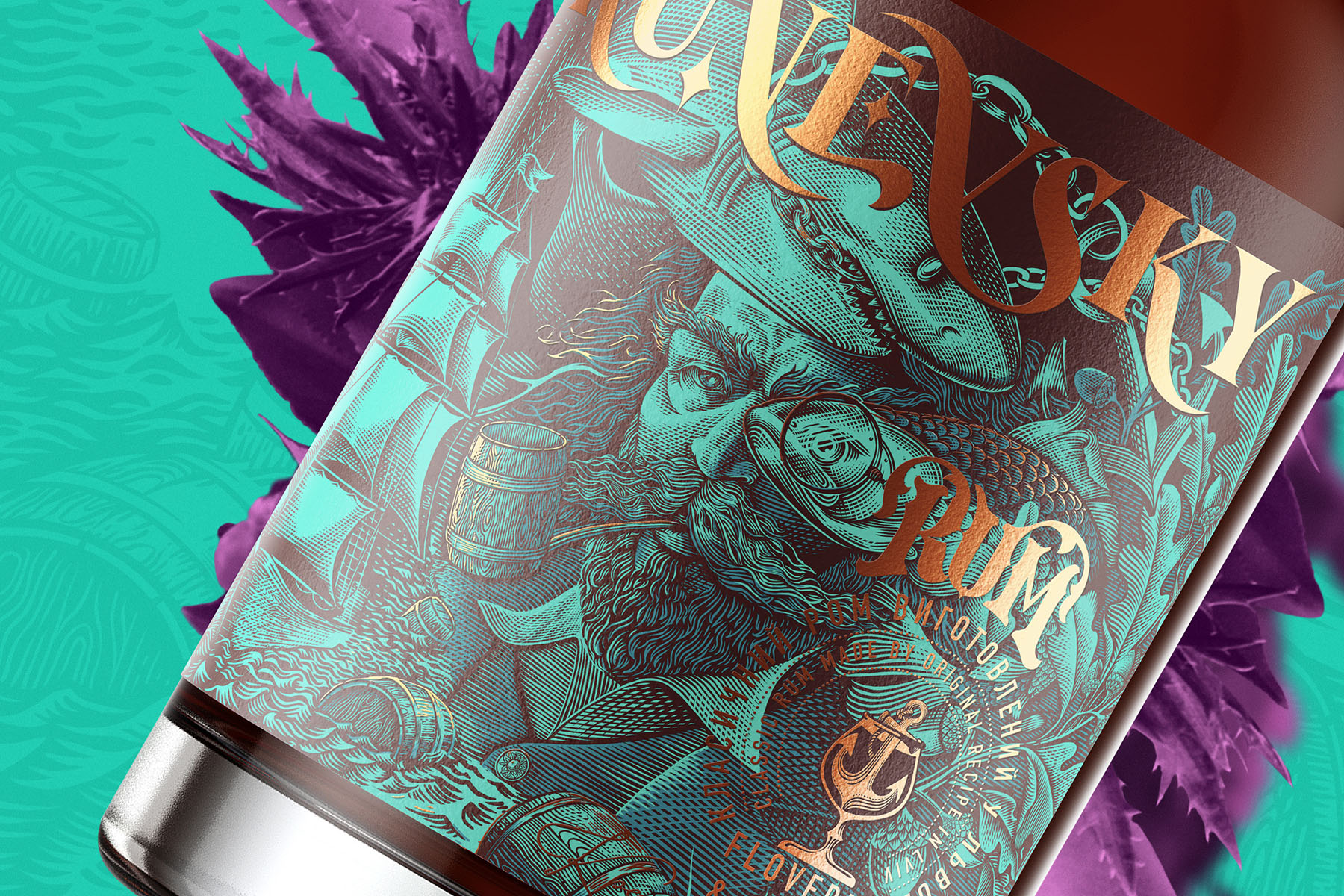 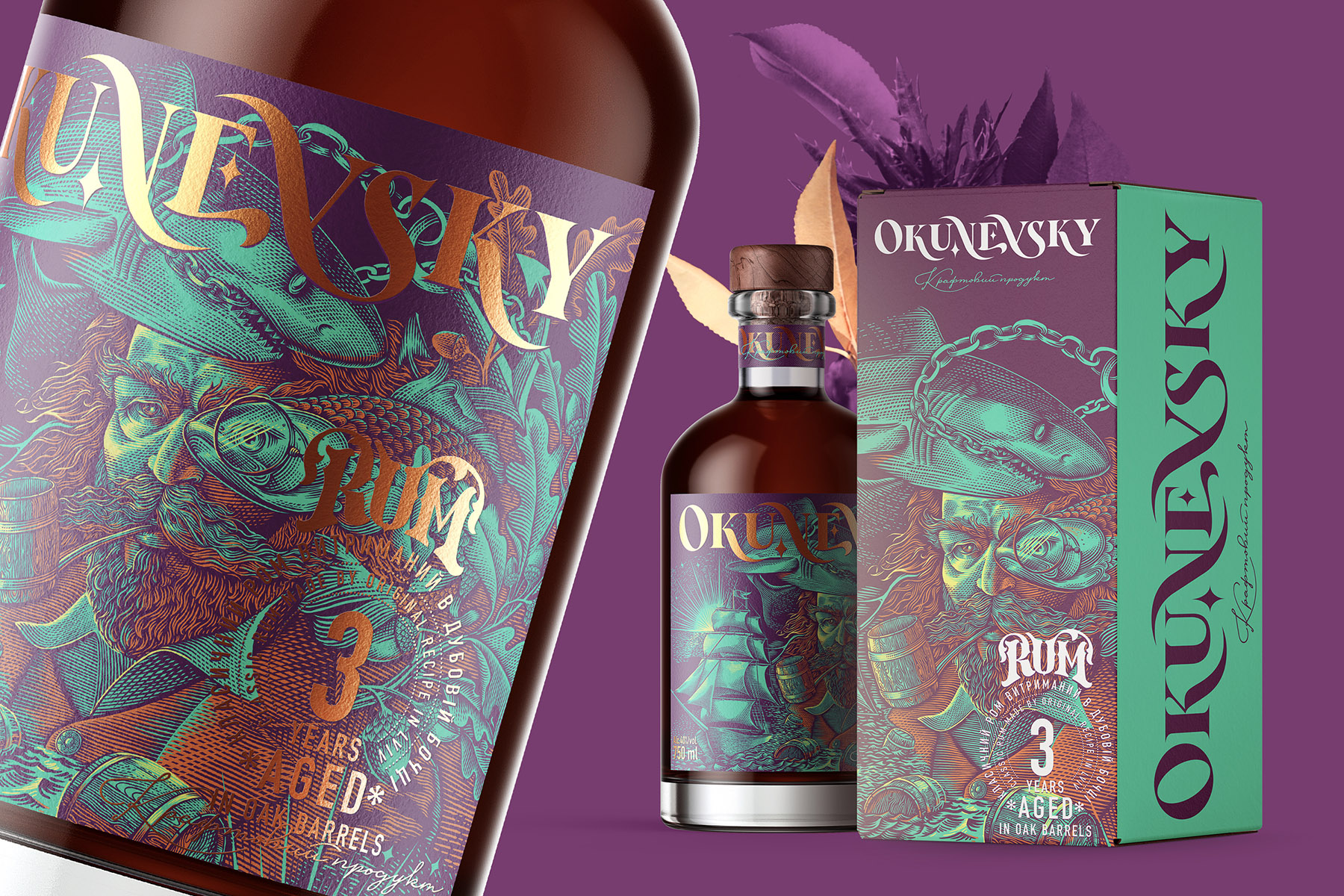 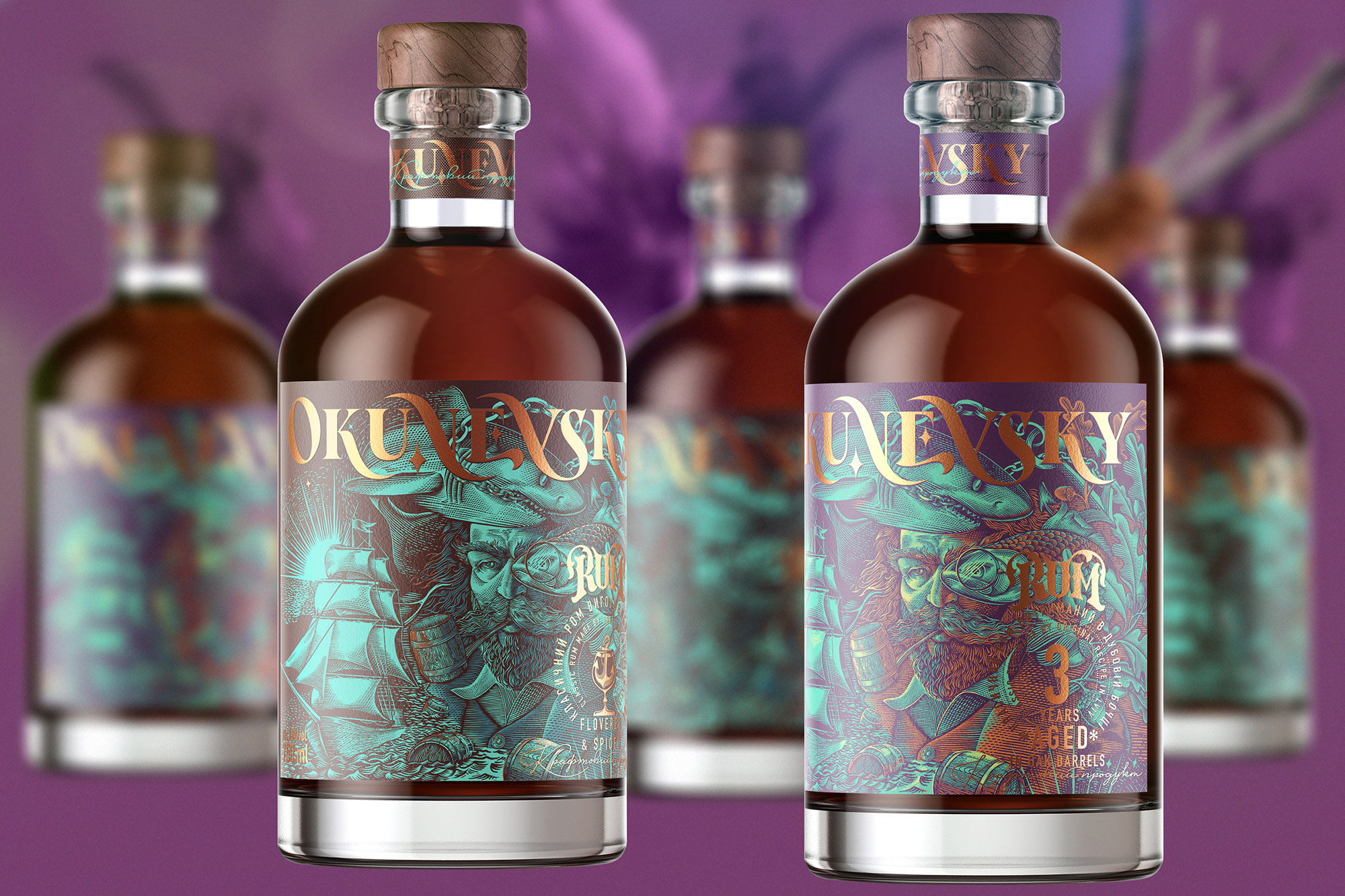