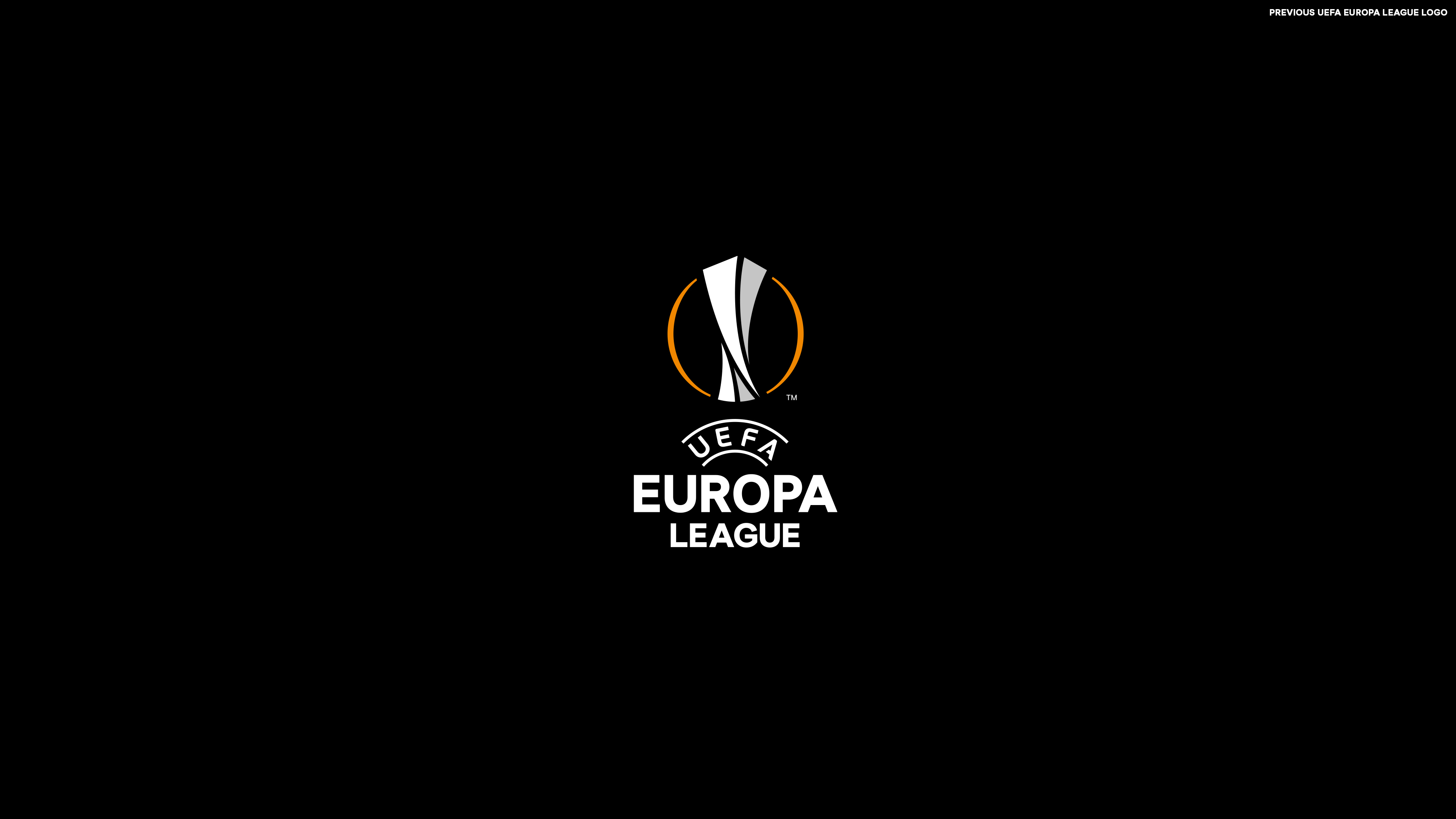 Following a restructure of its club football competitions, UEFA needed a unified identity for its Europa umbrella brand, as well as differentiated branding for the existing and new competition sitting below it. By evolving the Europa League brand and extending its principles to the new Europa Conference League, we have created a dynamic and distinct identity synonymous with Thursday night football that has positively impacted viewing figures and fan engagement.

Background
UEFA is the governing body of European football and the umbrella organisation for 55 national associations. As well as its national competitions such as the Euros, it runs numerous club competitions, with the Champions League and Europa League being the most well-known.

To secure the positive future of European club football at every level and meet the evolving needs of all its stakeholders, from the 2021/22 season UEFA restructured its club football competitions, introducing a new competition – the UEFA Europa Conference League.

Ambition
Given the changes in the existing Europa League (UEL) competition format and the introduction of the new Europa Conference League (UECL), UEFA needed a unified identity for its ‘Europa’ umbrella brand, as well as differentiated branding for the competitions sitting below it.

Because of its history in European football, the Europa League had significant brand recognition, so it was important that this was a brand evolution and not a reinvention. But the key challenge for us was that, as both competitions would be played on a Thursday night, broadcasters would have to potentially broadcast games from both competitions with analysis and commentary from just one studio. Therefore, it was crucial that the brands were independently strong to serve the needs of the competition’s multiple stakeholders, and that they worked seamlessly together to create the ‘look and feel of Thursday night European football’.

It was also important that we provided key partners with an identity that worked across multiple sponsorship touchpoints – with partners sponsoring one or both competitions – as well as for club merchandise. And of course, that fully engaged club supporters and gave them an immersive experience.

In essence we needed to create a multi-brand identity system, to work across multiple touchpoints for multiple audiences in multiple markets.

Idea
Building on the Europa League’s significant brand recognition, we extended the brand’s principles to the new UECL to create a cohesive and dynamic identity all under the Europa brand.

Both competitions wouldn’t be what they are without the energy of the players and the fans, and so we reimagined the UEL brand’s existing ‘energy waves’, using them to convey the emotional energy radiating from the tournaments. But each league’s unique brand essence is captured in their own identities and draws from the physical attributes of its trophy:
• UEL – orange angular lines are bold, fearless and edgy
• UECL – fluid, green curves represent openness, vibrancy and optimism

And when set against a rich black, both identities deliver maximum impact, as well as stand-out and differentiation from the UEFA’s other competition – the Champions League.

The animated visual properties reflect the ambition of UEFA, the clubs and the fans, and are designed to be confident and expressive, intense and restless, and continuously moving forwards.

Touchpoints
In a first for European football, two competitions would be played on the same night, therefore, broadcasters needed a kit of parts to flex across both editorial and promotional elements. The individual and combined identities were used to deliver a comprehensive and versatile broadcast package to give fans a rich and dynamic match-night experience.

The identity elements also work cohesively across all stadium touchpoints from signage to hospitality to LED perimeter boards, and a dynamic and flexible social media toolkit maximises engagement with fans across both competitions and a broad range of content and platforms.

And a collection of inspiring brand books and extensive guidelines aid sponsors, broadcasters and clubs in the future and ongoing activation of the brands.

Impact
Besides creating a unified brand identity system for Europa that encompasses two stand-alone competitions, we also established the look and feel of Thursday night football across Europe with global broadcasters implementing the branding across their coverage.

The combined uplift for this year’s UEL & UECL finals is projected at +56% versus the UEL final alone in the 2018-21 cycle.

And the switch in brand identity has helped contribute to further UEL/UECL growth across social media with an 18% growth in followership and a 52% increase in engagements with the UEL and UECL owned channels in the 21-22 Group Stage vs the season before.

Ultimately, our flexible and dynamic identity system has provided a simple solution for UEFA that met the needs of all its key stakeholders. We have given broadcasters and sponsors a flexible toolkit of assets, and we have enabled UEFA to open up the European footballing stage for more clubs, players and fans in an engaging way to secure the positive future of European club football at every level.

“We were eager to see how you handle the challenge of combining while differentiating the two club competition brands and think this was really well done. It’s a nice UEL–UECL identity combination and works very well addressing our programming needs.”
Thomas Soßna, RTL Germany, Senior Editor UEL/UECL

“We are very happy with the new branding of the UEL and UECL. The combined identity is ideal for our studio show and the branding for both competitions are working really well in our host broadcaster
Productions.” Martiene Bruggink, Head of Production, ESPN Netherlands 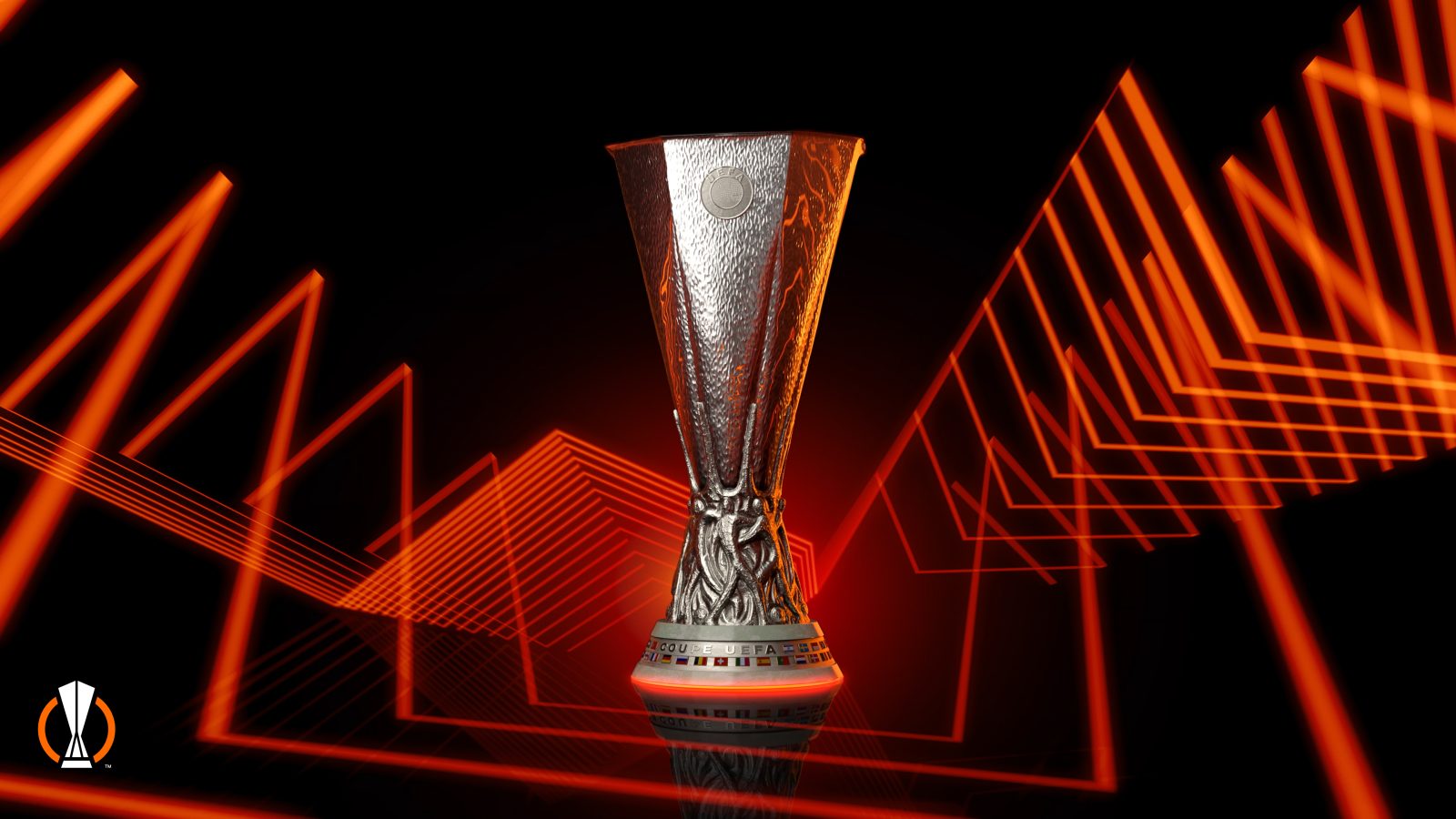 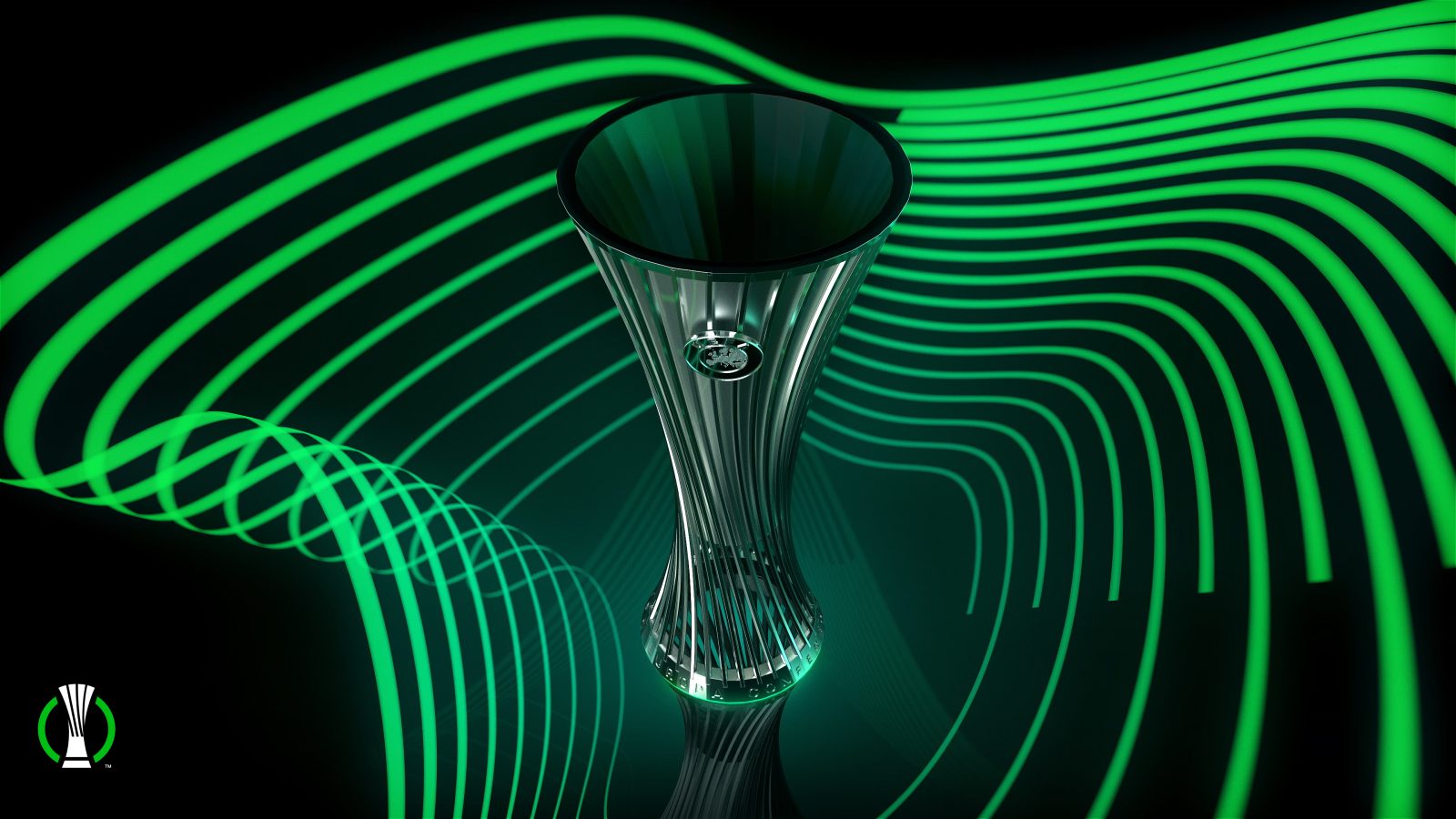 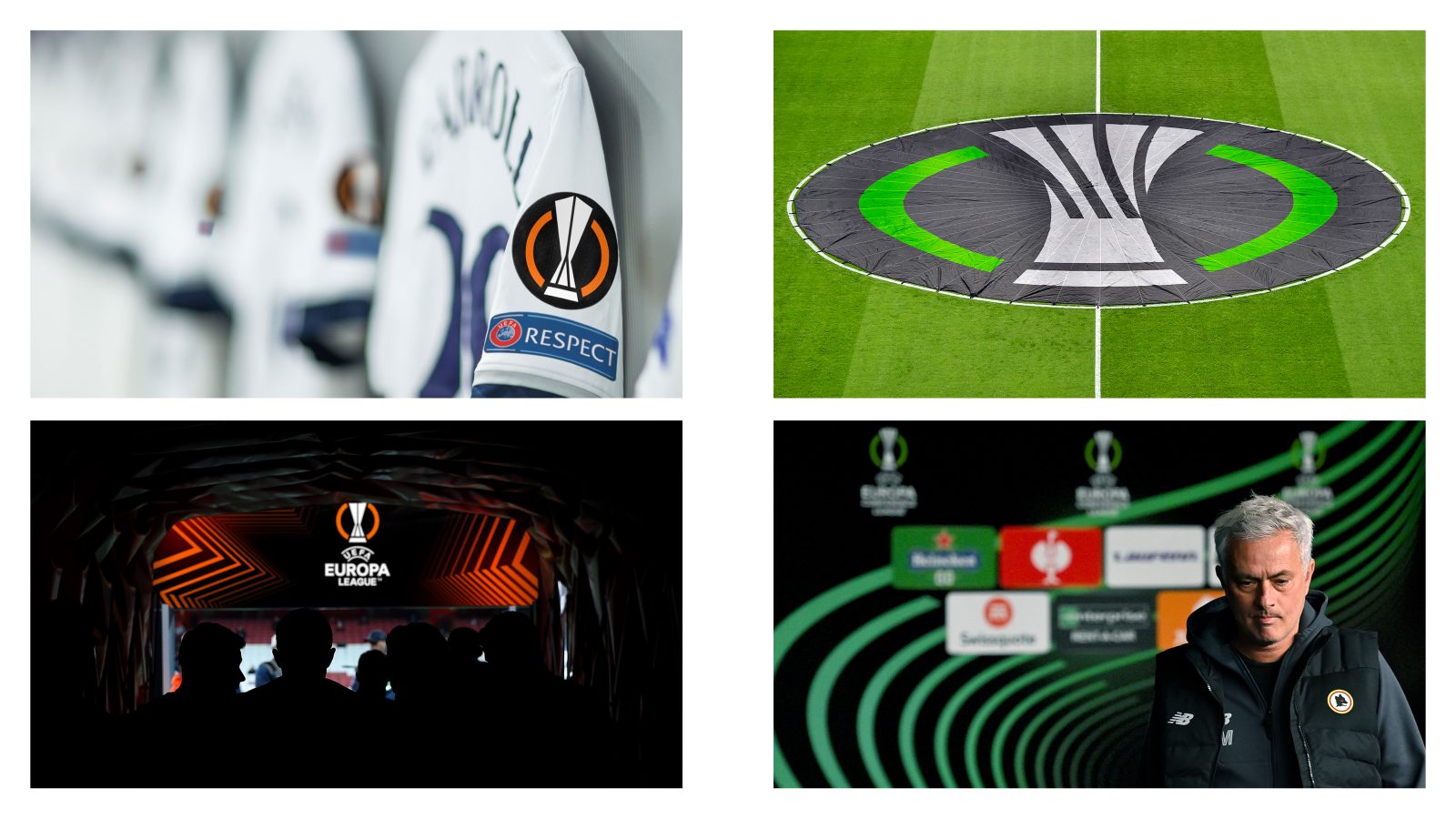 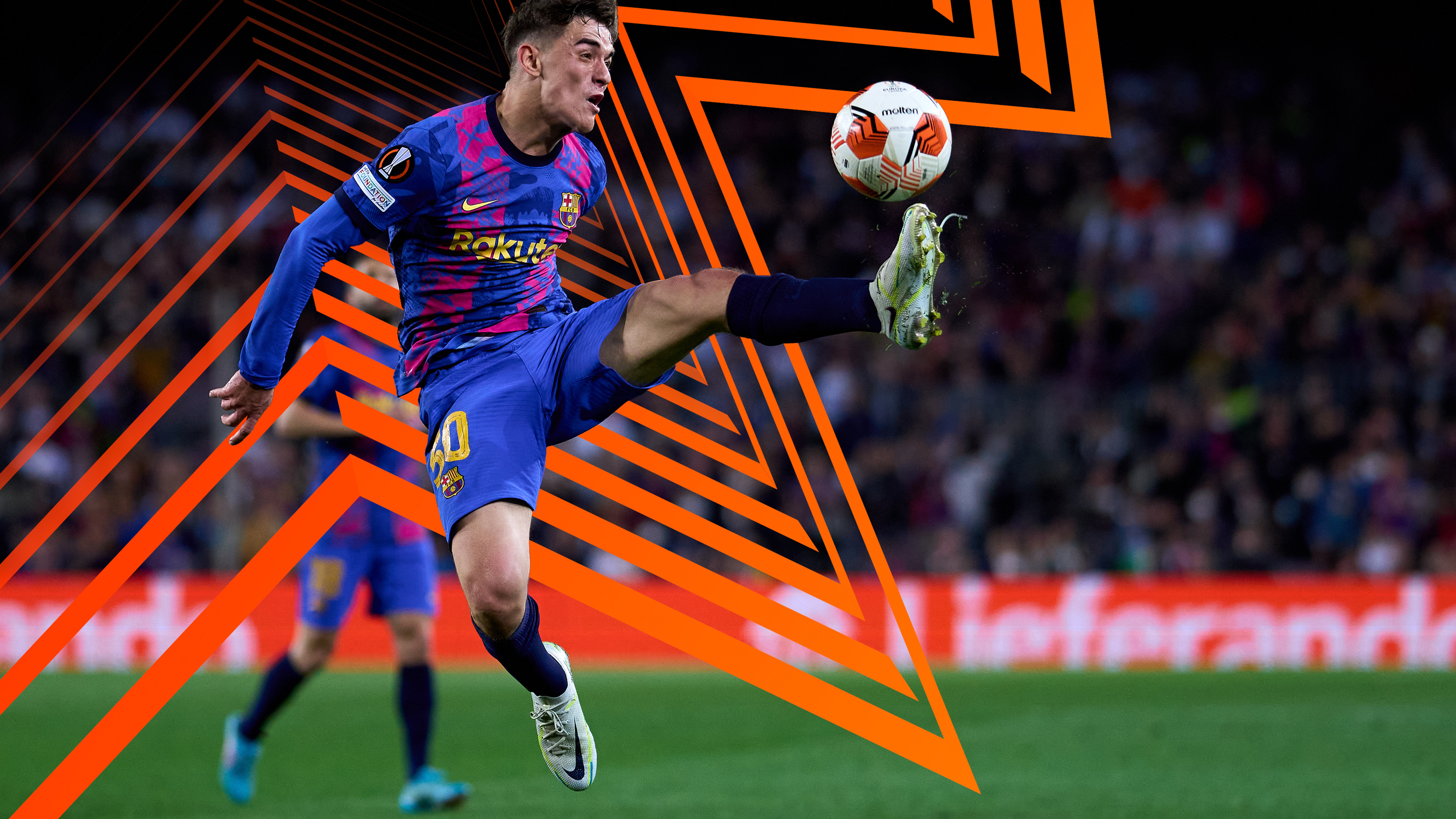 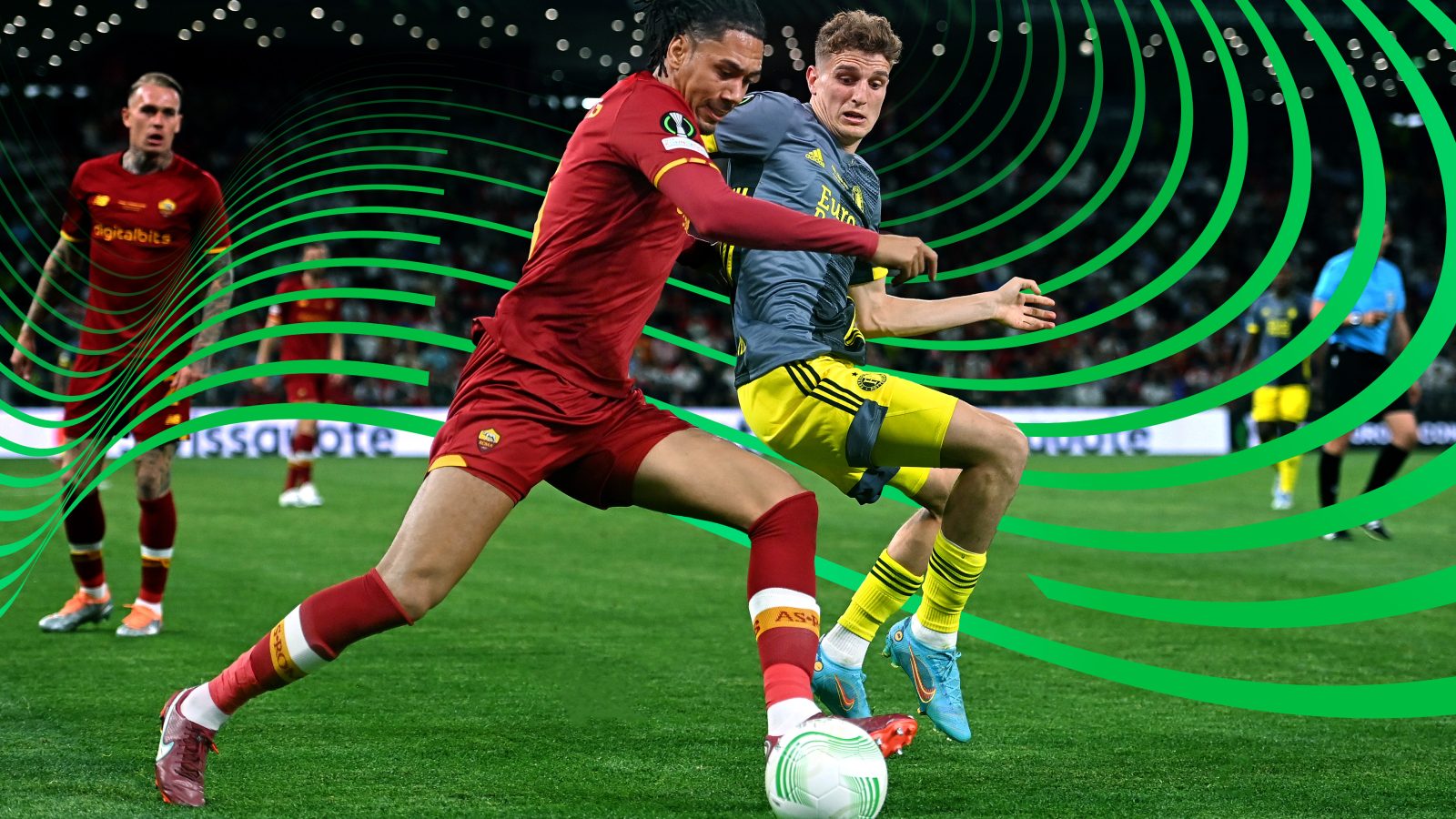 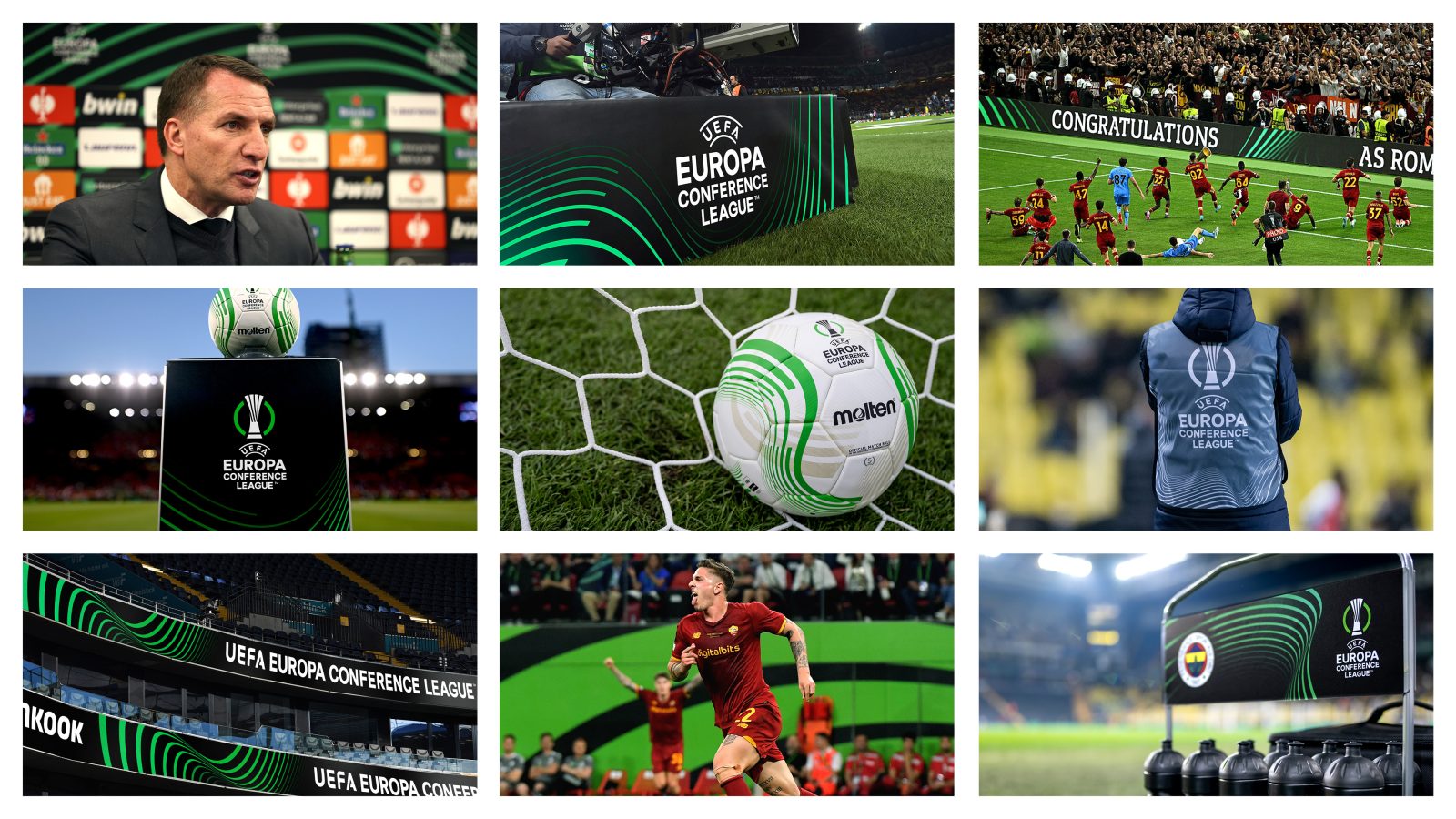 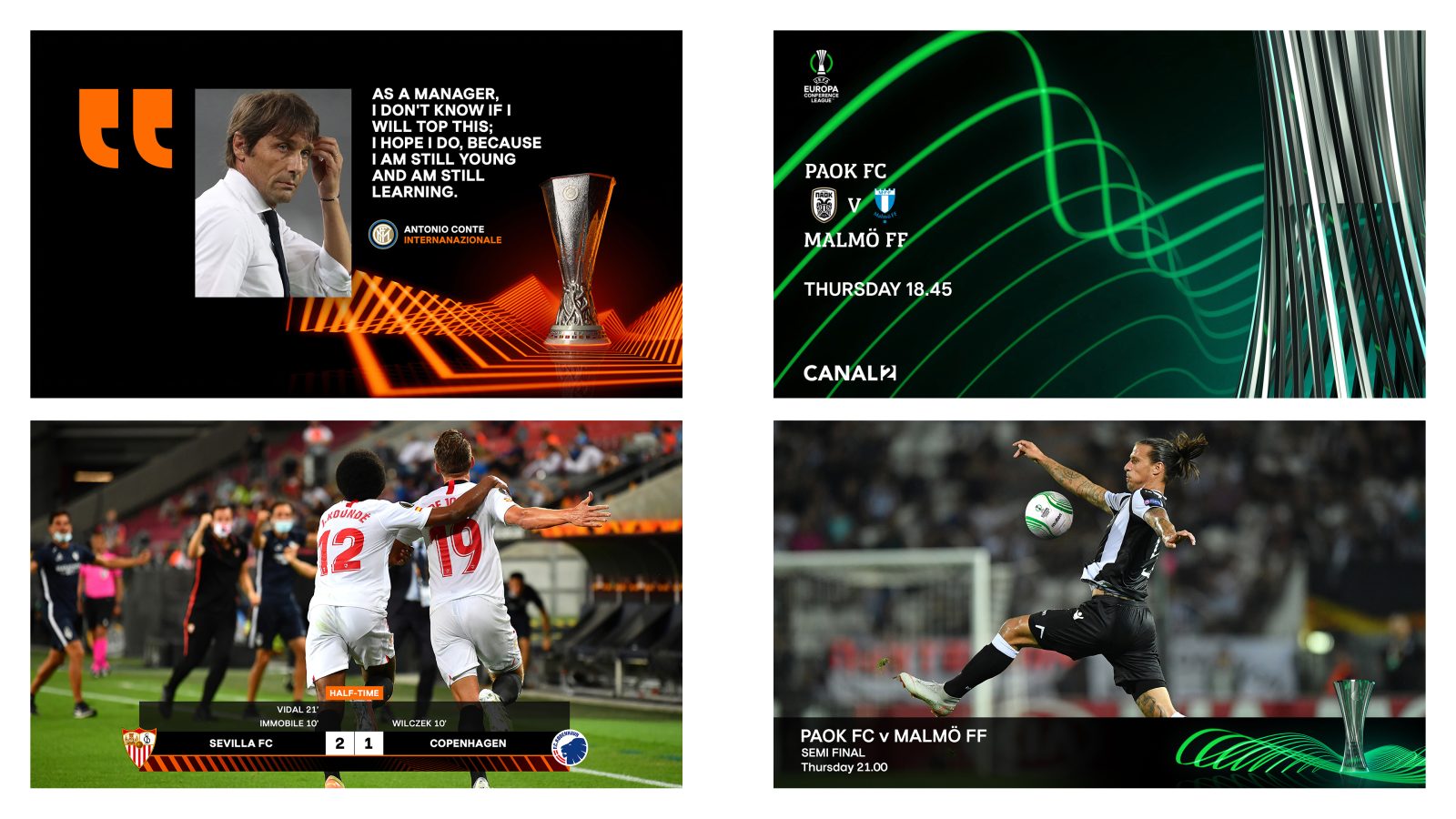 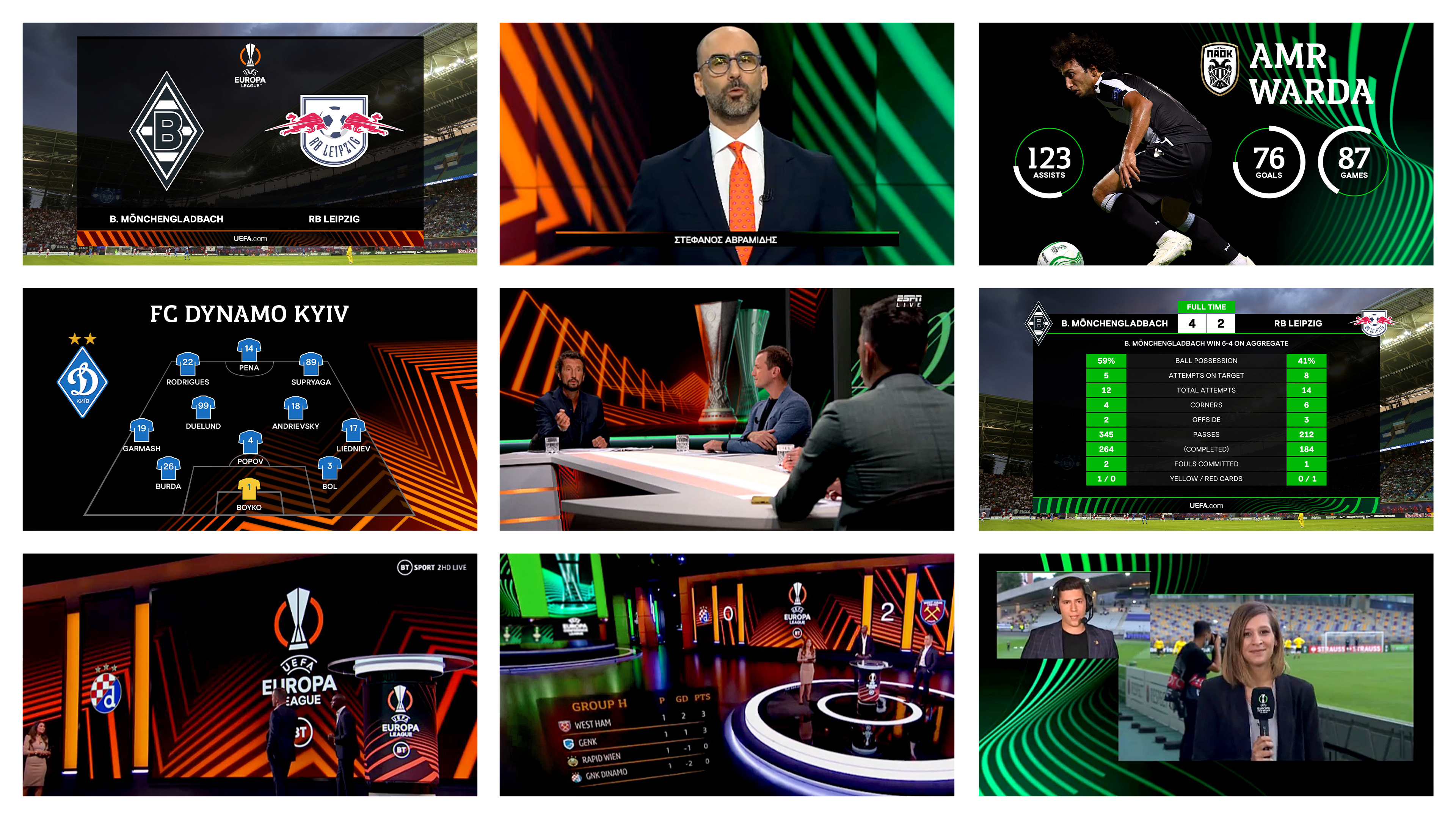 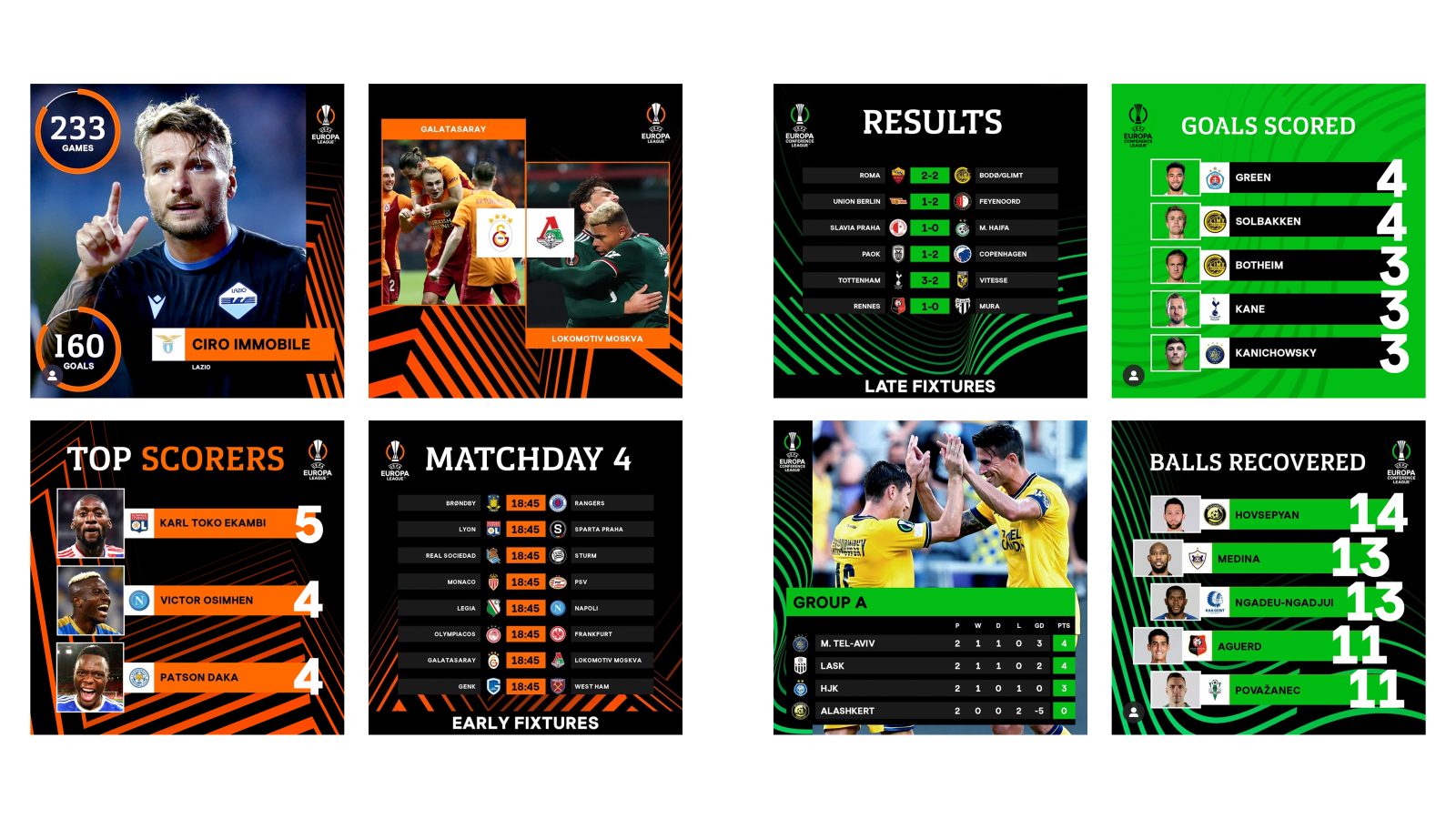 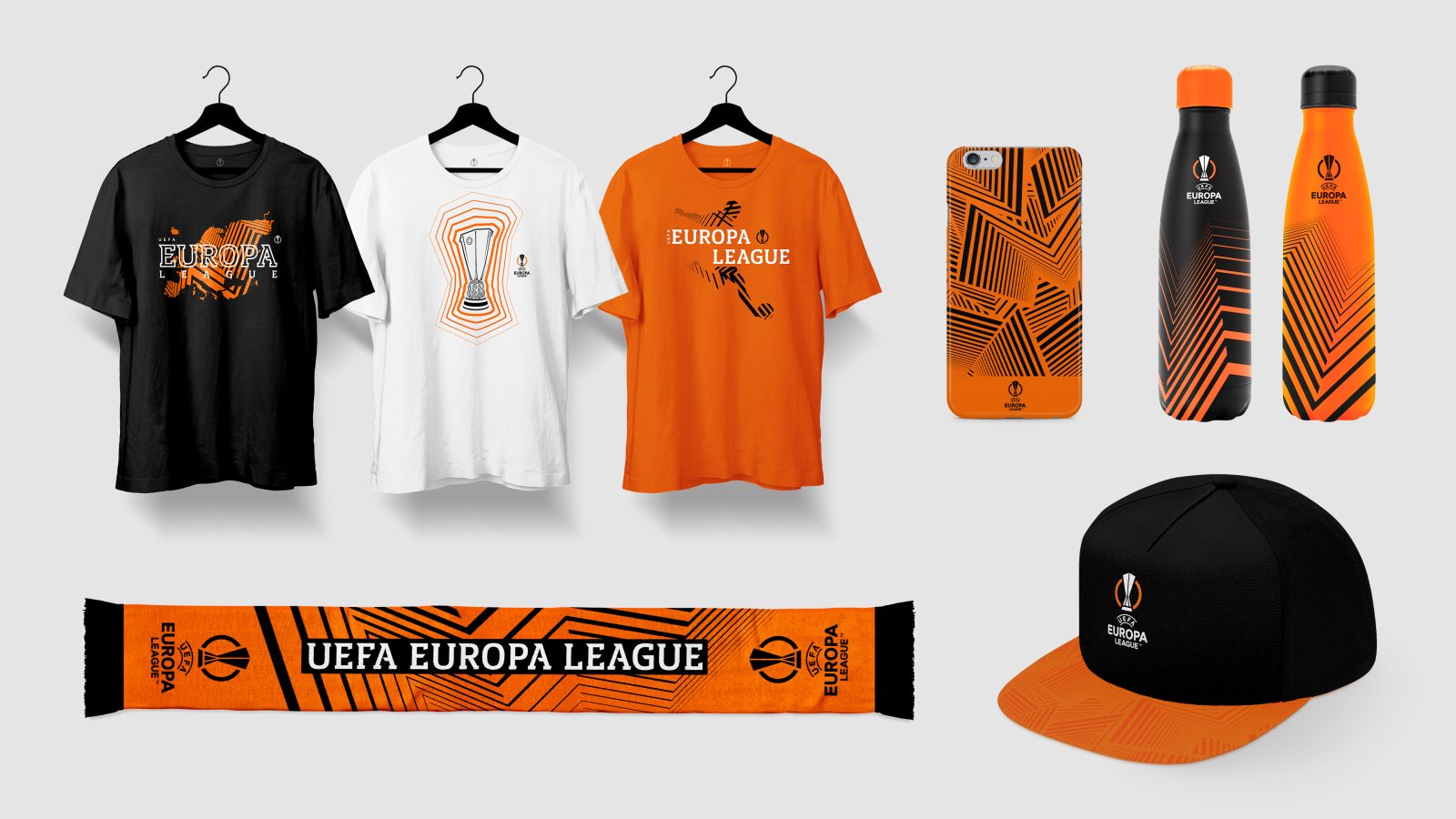 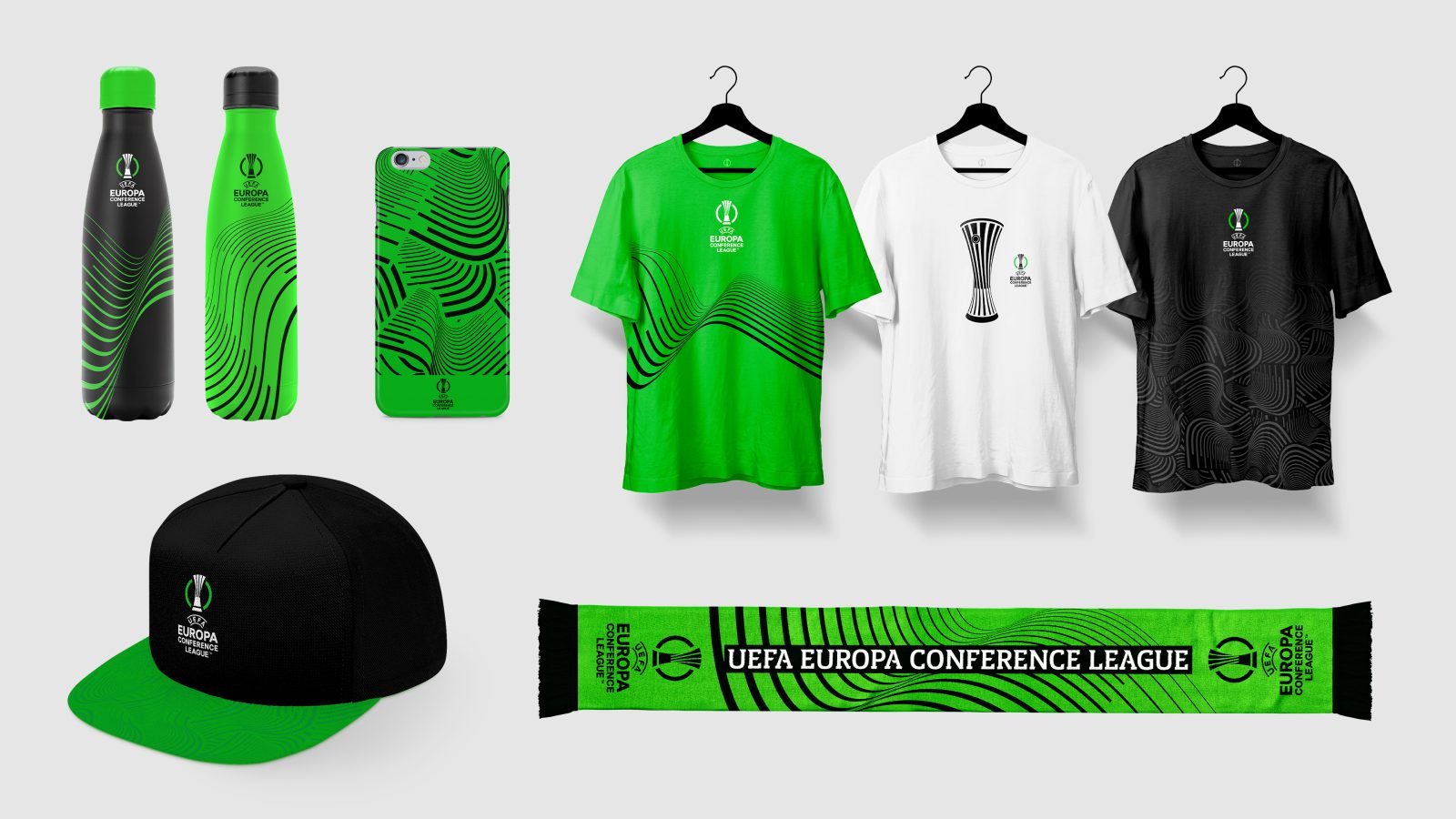 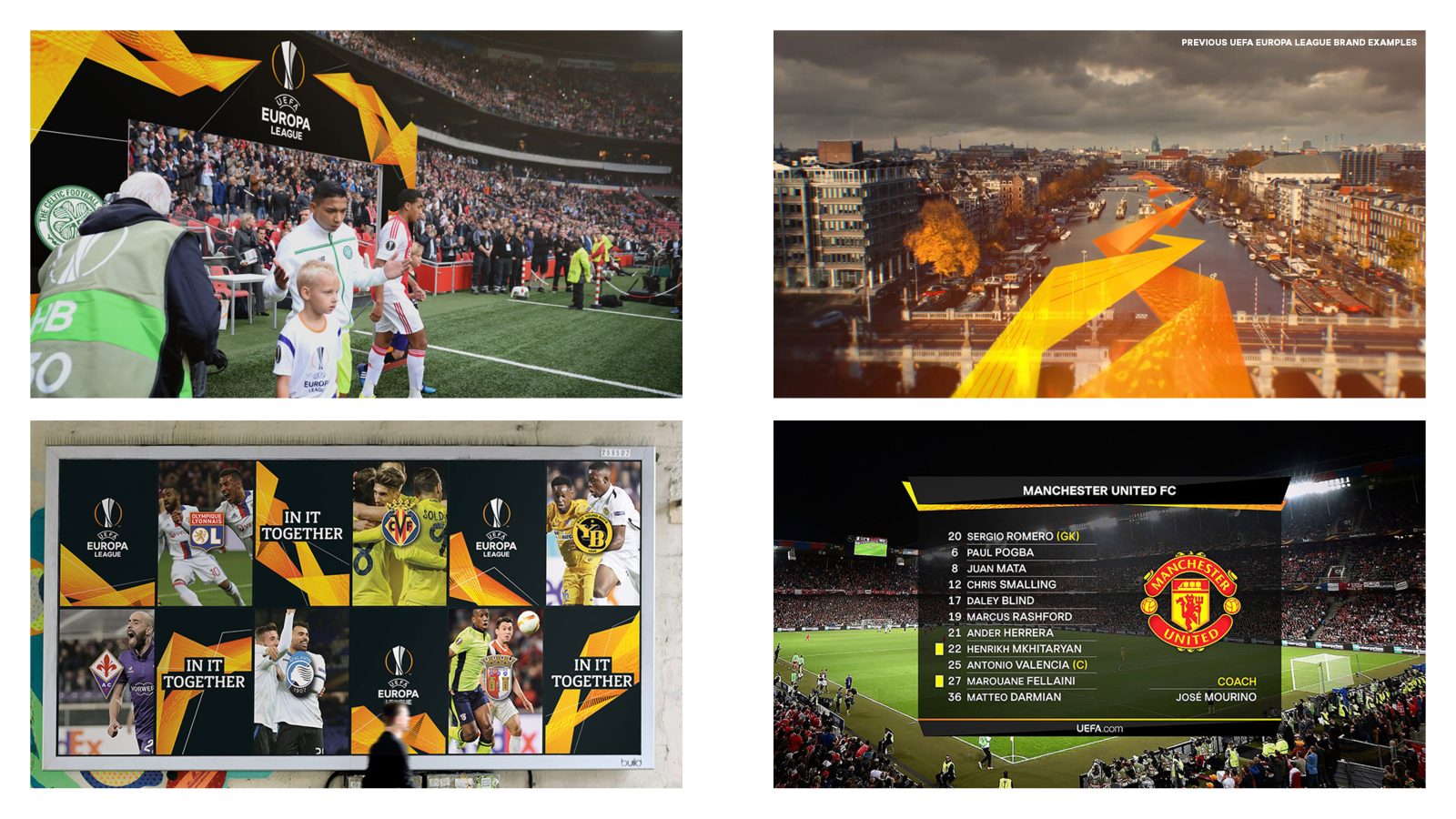