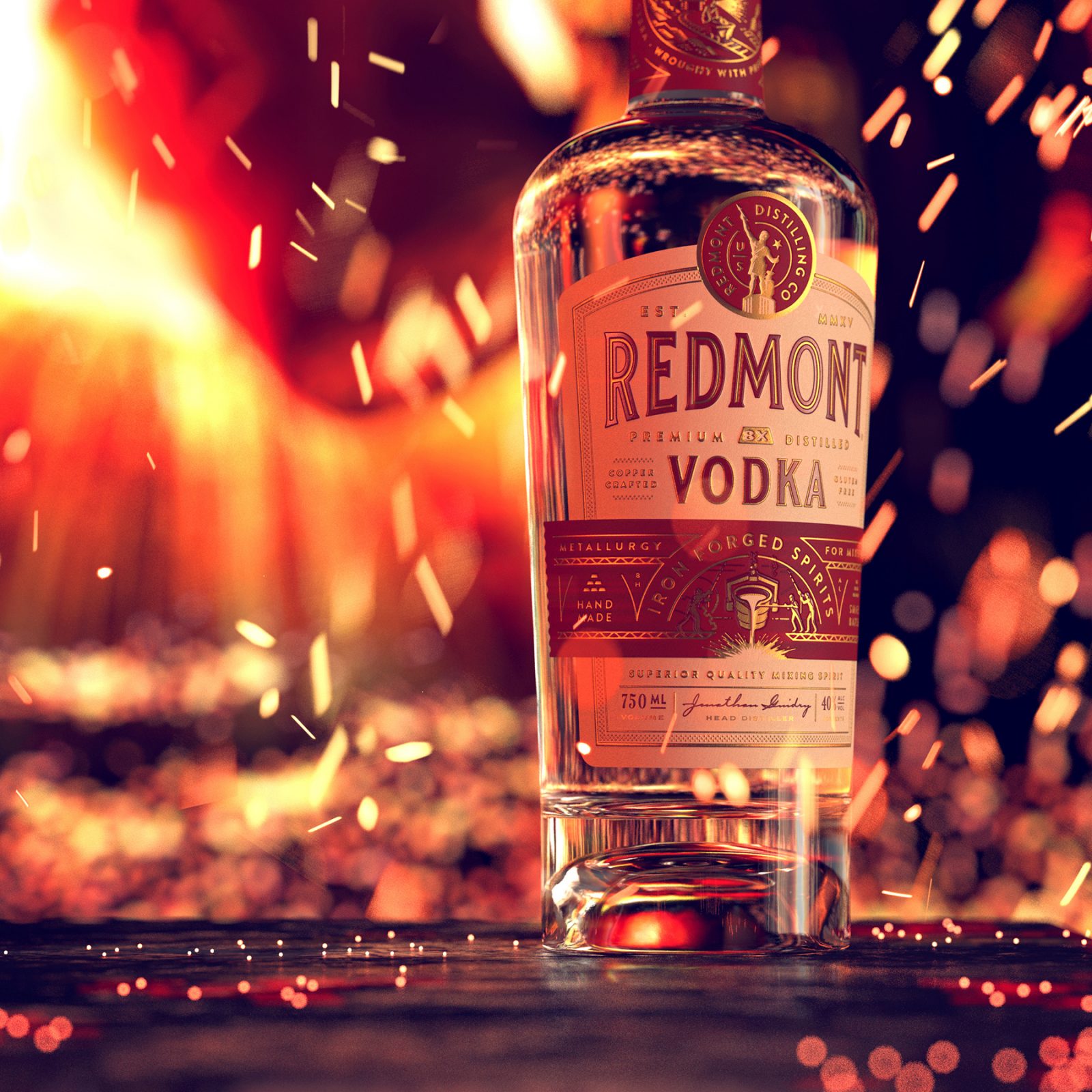 TILT was entrusted with the rebranding of Redmont Distillery, based in Birmingham, Alabama. Originally launched in 2015, the goal of the rebrand was to tell Redmont’s unique story, born in a region that has always worked hard at crafting things the right way — be it iron or spirits.

Redmont Distillery takes its name from Birmingham’s Red Mountain and its red ore, formed more than 400 million years ago. Along with limestone and coal, red ore is one of three elements necessary to make iron. This location in Alabama was the only place in the world where all three were found in such proximate abundance — a miracle of geological happenstance that led to the founding of the city in 1871.

In 1904, the city fathers commissioned a statue of Vulcan, the Roman God of Fire and the forge, as a symbol of Birmingham’s industrial might. Today, Vulcan — the world’s largest cast iron statue — overlooks the city from atop Red Mountain. Redmont Distillery is proud to pay tribute to Birmingham’s history by featuring an image of Vulcan that adorns the front of each bottle we produce. 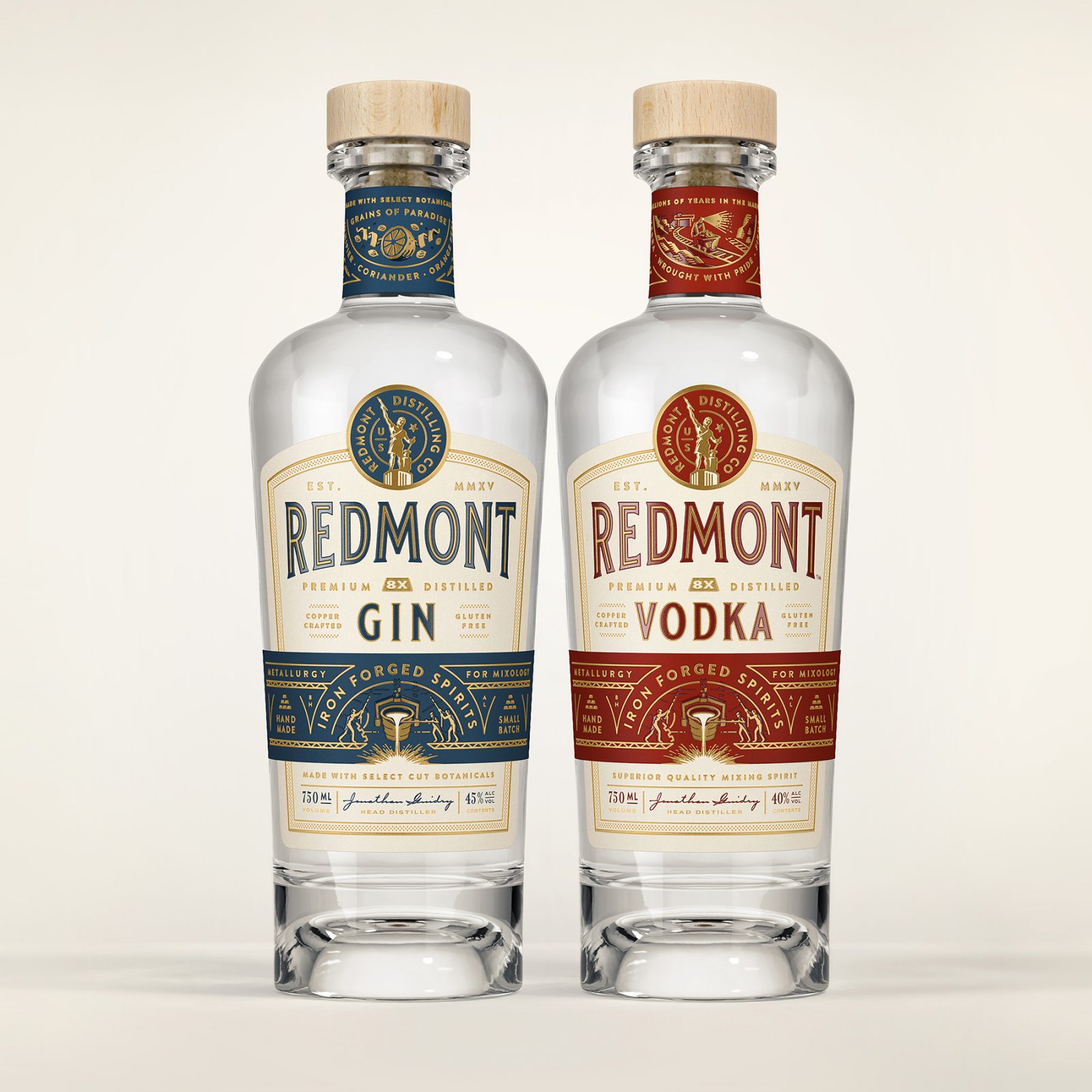 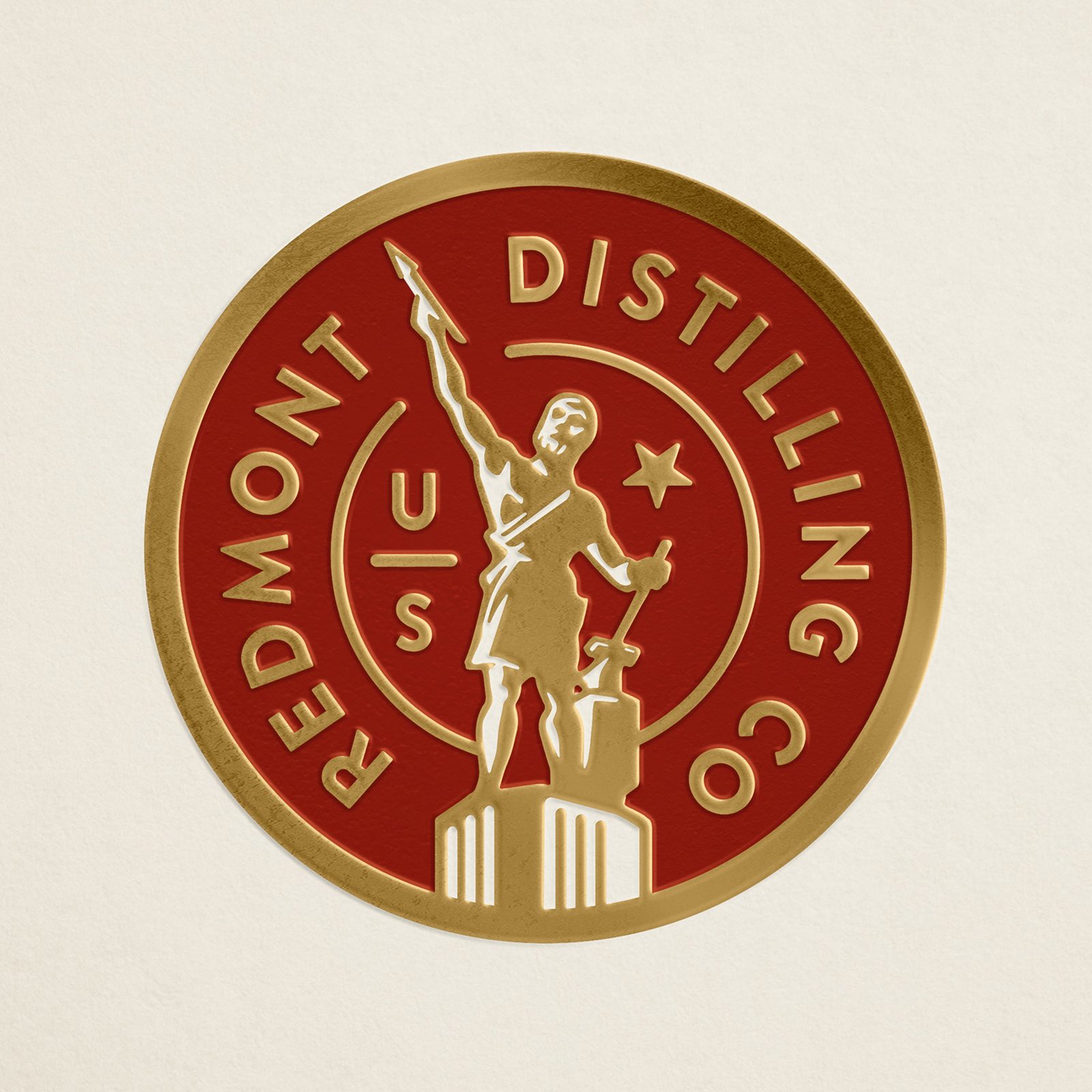