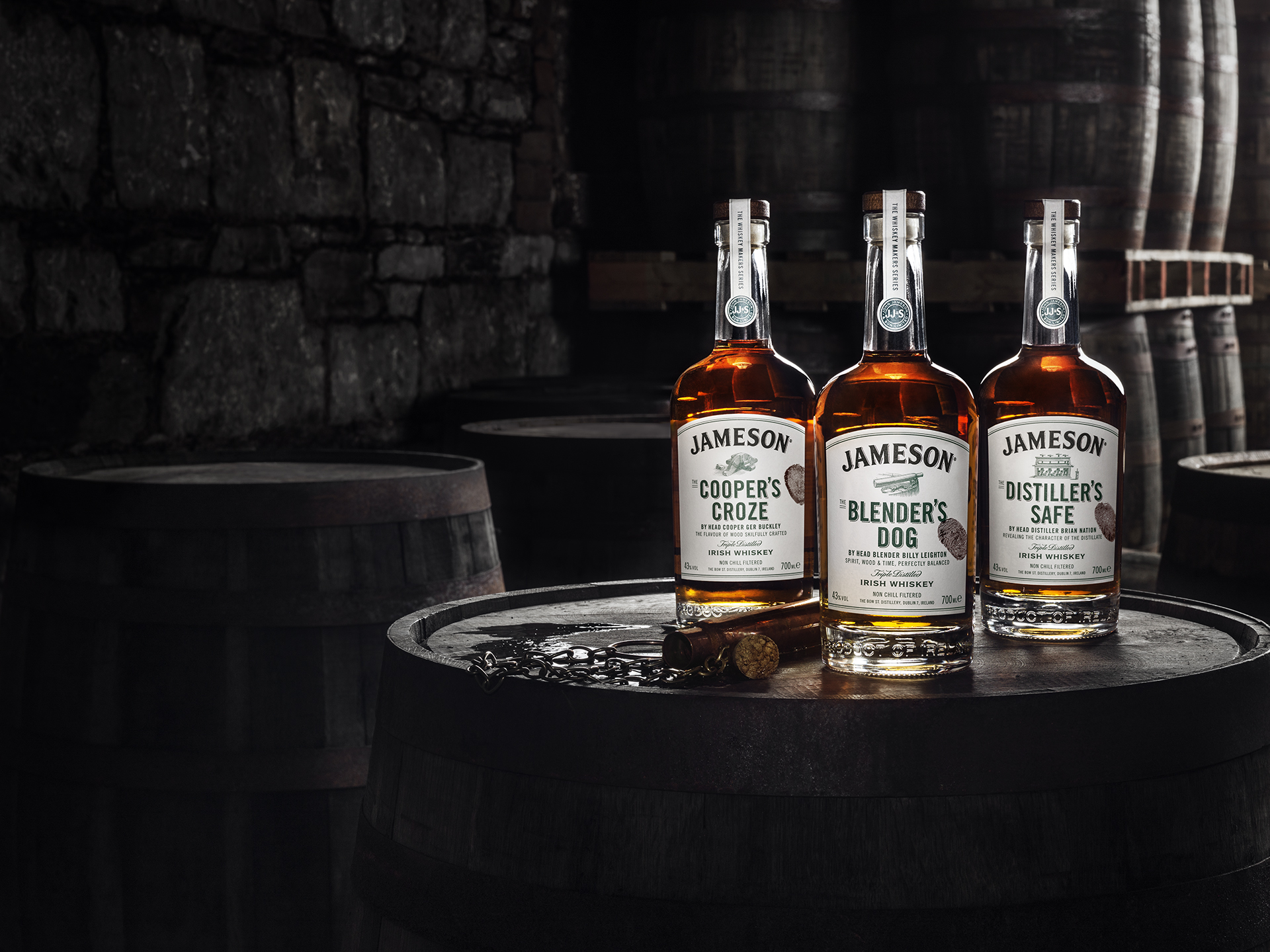 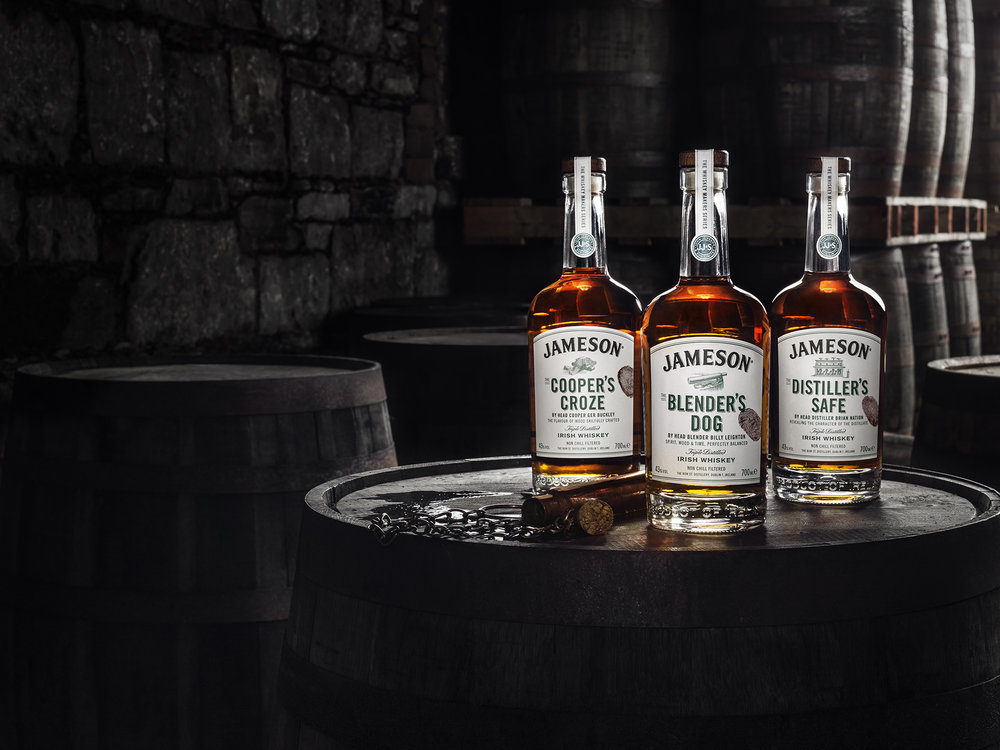 Mission
Our mission was to redefine the Jameson super-premium portfolio, and identify a new, ownable and distinctive positioning within the super-premium whiskey segment, to construct a genuine and meaningful trade-up path for consumers within the Jameson family, and to attract new groups of consumer to the brand as a whole.

Insight
Consumers want to connect to the products they buy. Discoveries, stories, people and personality are rapidly becoming more important to consumers than superficial products – and thereby accounting for a greater share of consumer spending. Consumers increasingly want to learn more about brands and products: how they are made, their history, their craft and values.

The idea
The Whiskey Makers Series is one of the key concepts in the new super premium range. It examines the craft of whiskey making and focus on the artisans involved: the Head Blender, the Distiller and the Cooper. Each becomes the main curator and lead influencer of one specific and unique whiskey blend. The whiskeys are named after the craftsmens’ favourite tools.

The series includes a distillate-driven whiskey, a wood/maturation-driven and a blend-driven – each representing a particular craft and craftsman. The illustrations are inspired by copper engravings, which were traditionally used instead of photos. The elaborated, hand-made style of the illustration matches the craftsmanship aura of the whiskey. The design uses original illustrations made by David Rooney, an award winning, and renowned Irish illustrator. The fingerprint – the craftsman’s personal touch is a premium detail, well fitting for a super-premium range, but done with an unpretentious attitude.

The tools symbolise the world of craftsmanship in a concrete and realistic way. They provide a glimpse of the craft itself, and invite consumers to learn more about the makers and their world.
The Safe symbolises that particular attention to details and the skill of the Distiller to exactly direct and separate the spirit from low wines and feints. It’s called Safe because it used to be firmly locked to prevent people from siphoning off spirits to avoid paying duty on the alcohol.

A Croze is a tool used by the Cooper for making the groove into which the head of the cask or barrel is positioned. To use a croze correctly, many years of practice are needed.

The Dog is a tool used by the Blender to collect whiskey samples straight fromthe cask. The name was given to it by the rascals of the past who would keep on with them to take some whiskey from the caskat the end of a long day. It was the blender’s (and many workers) most loyal friend, following them around like their favourite dog.” 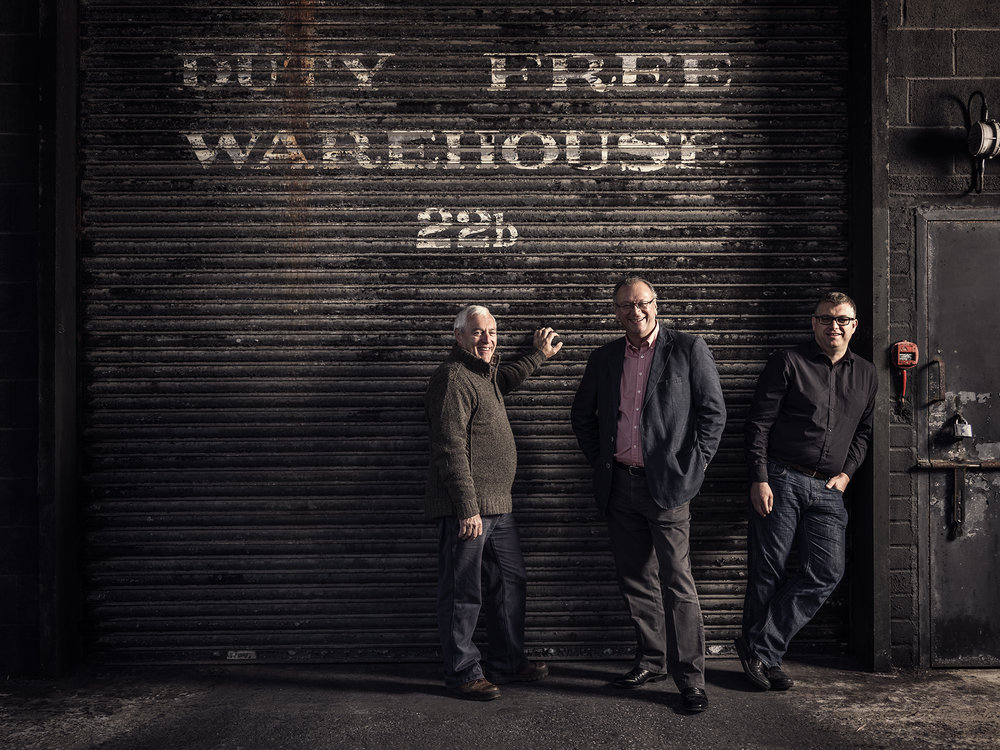 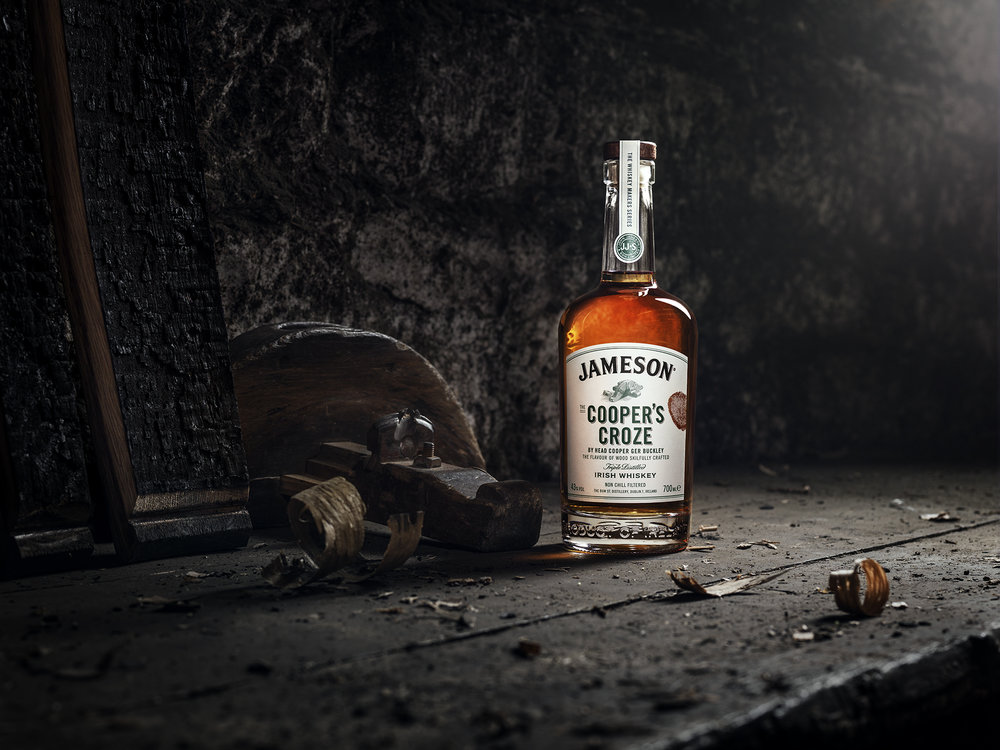 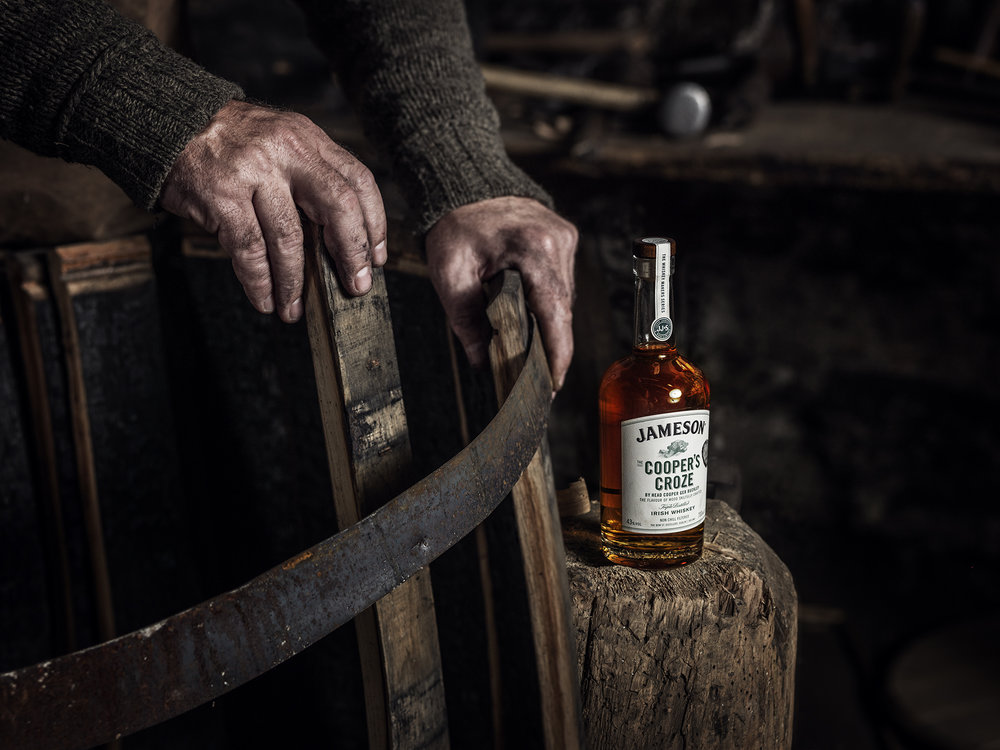 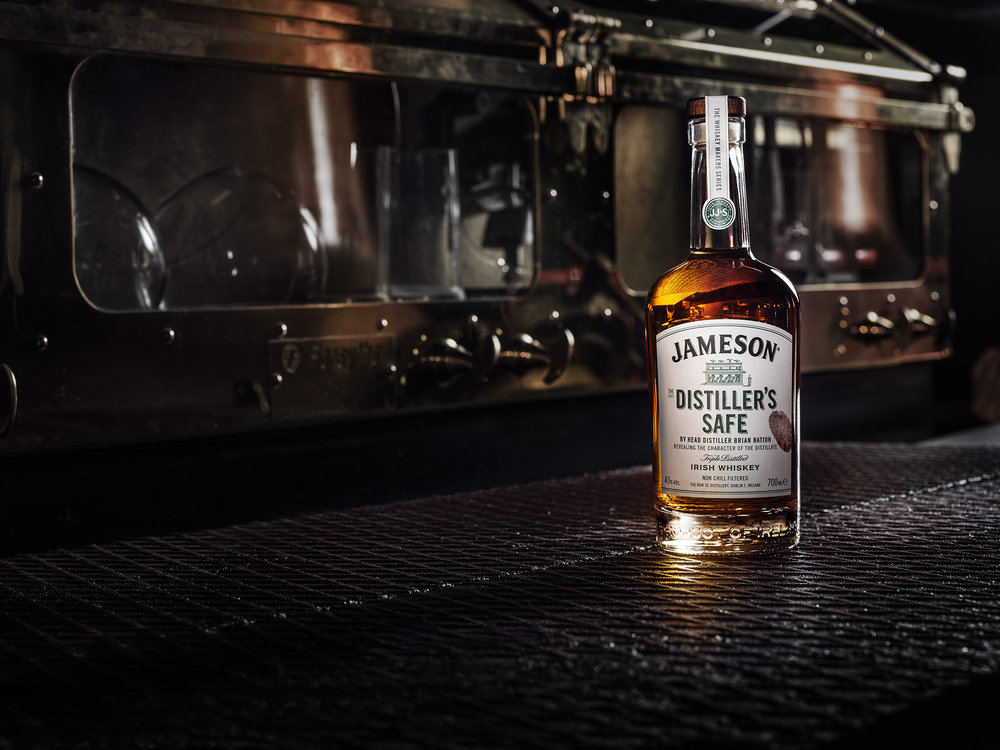 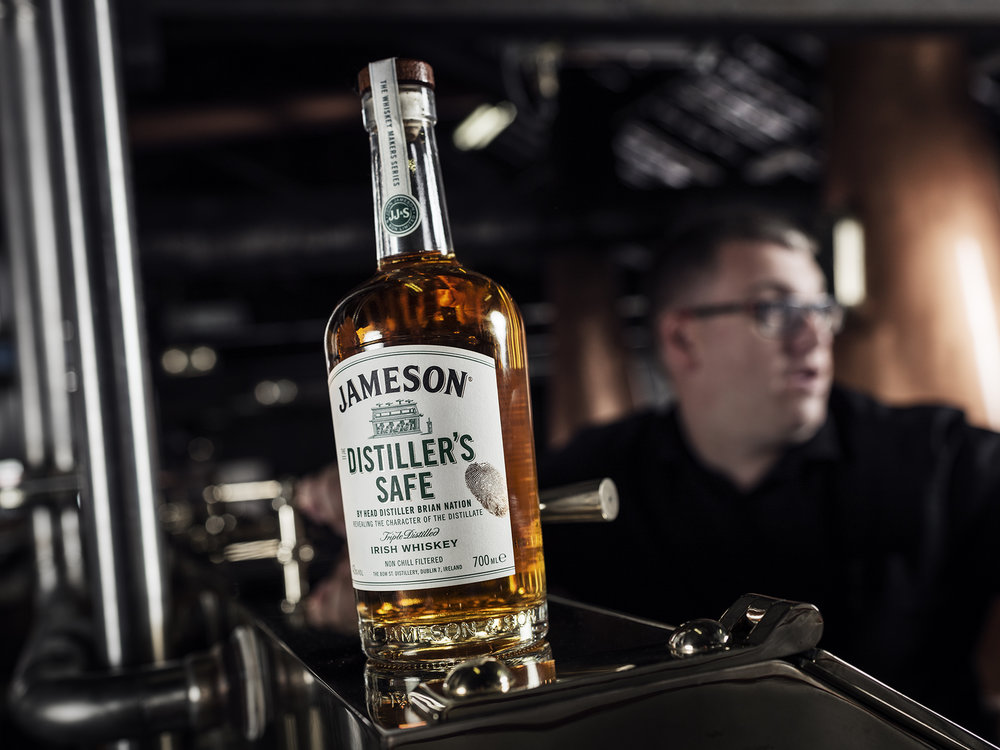 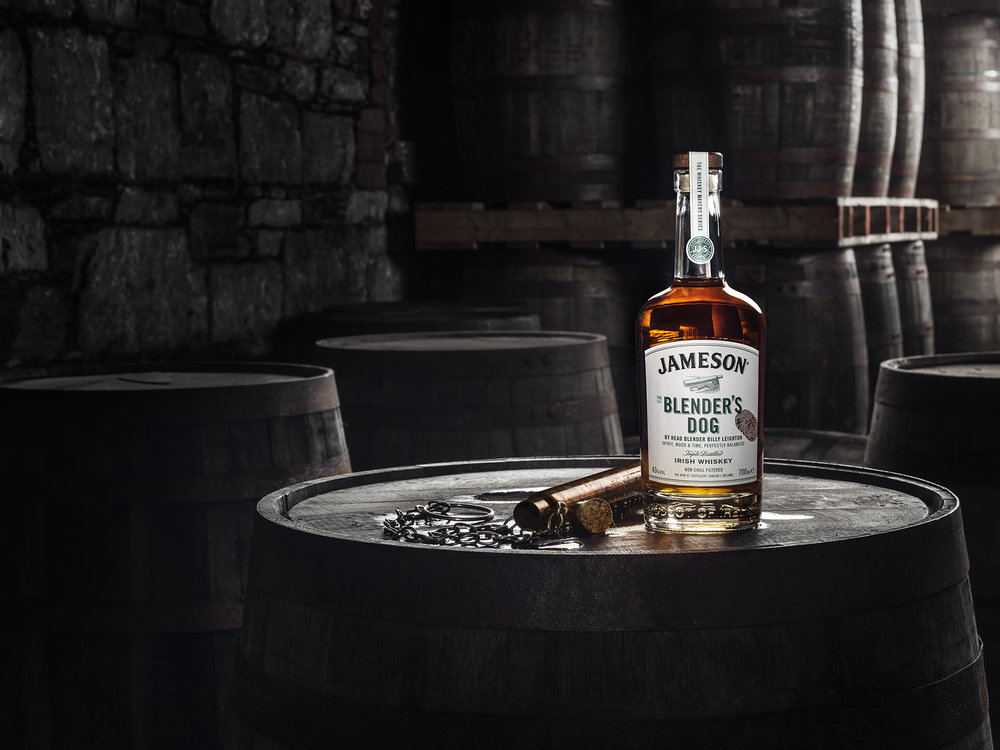 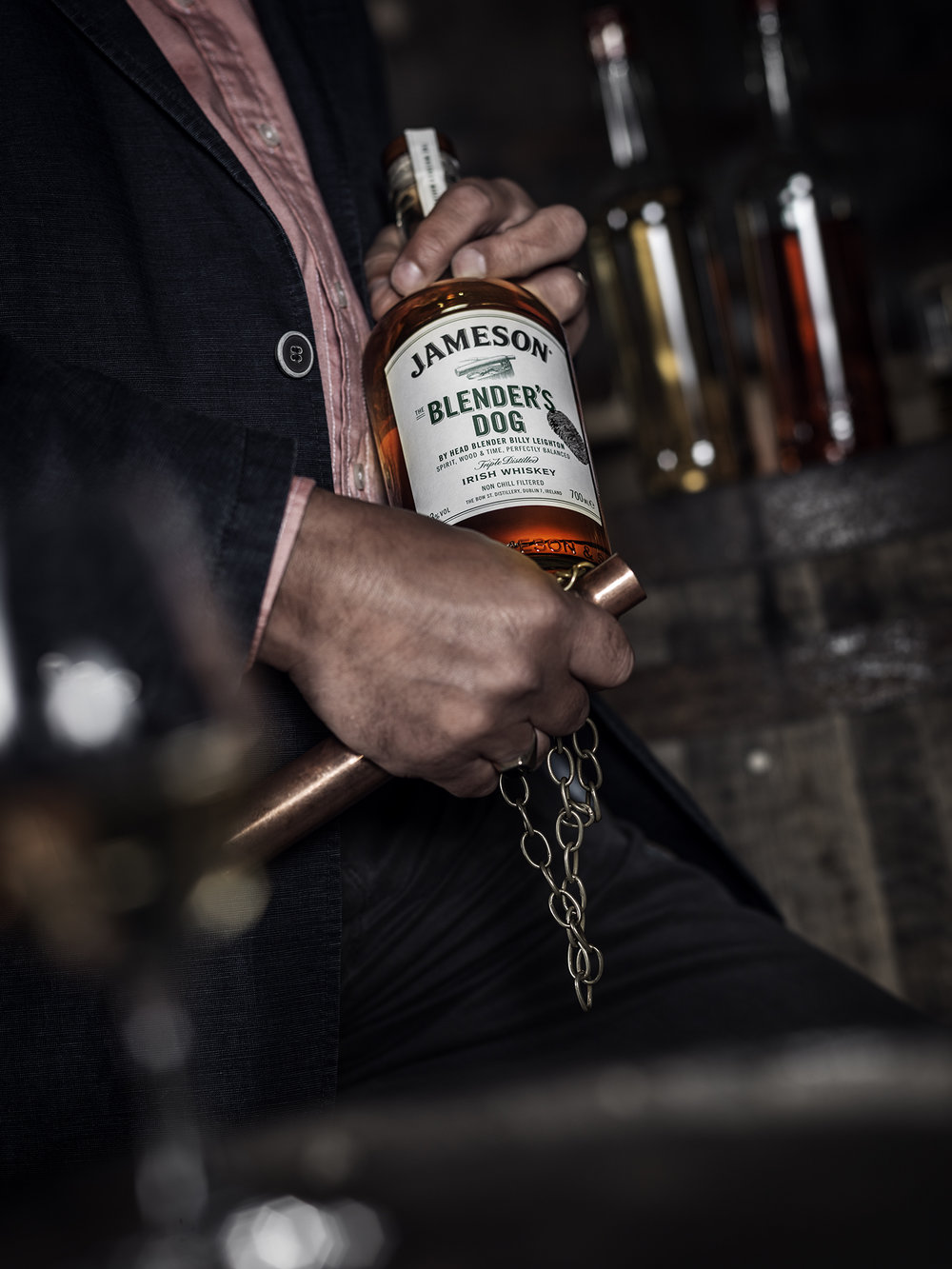 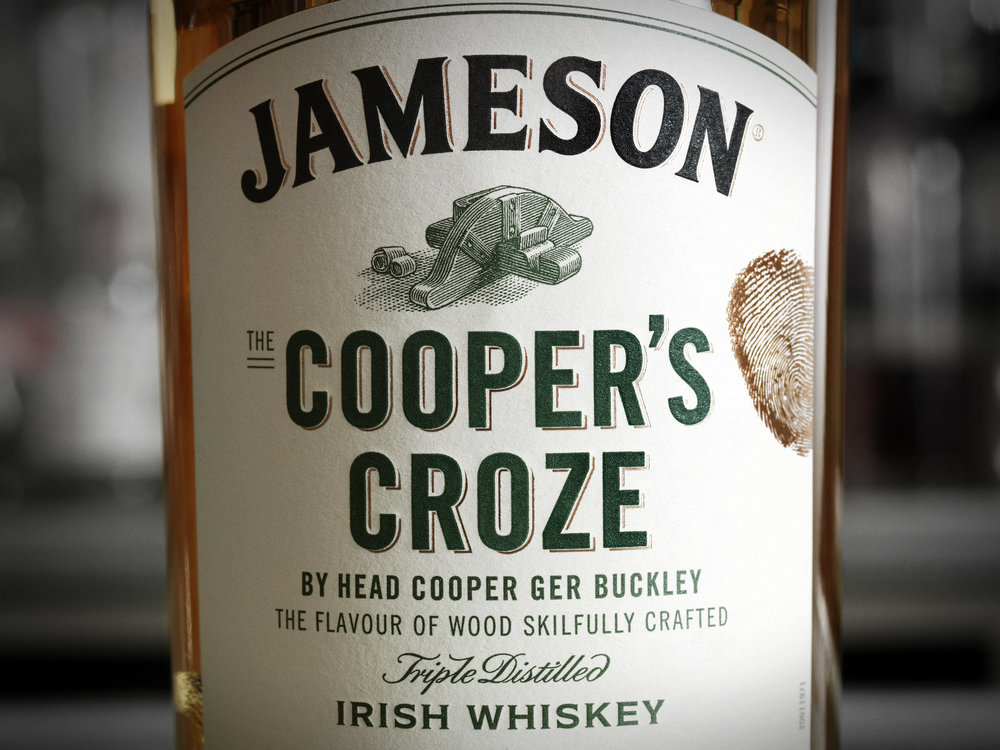 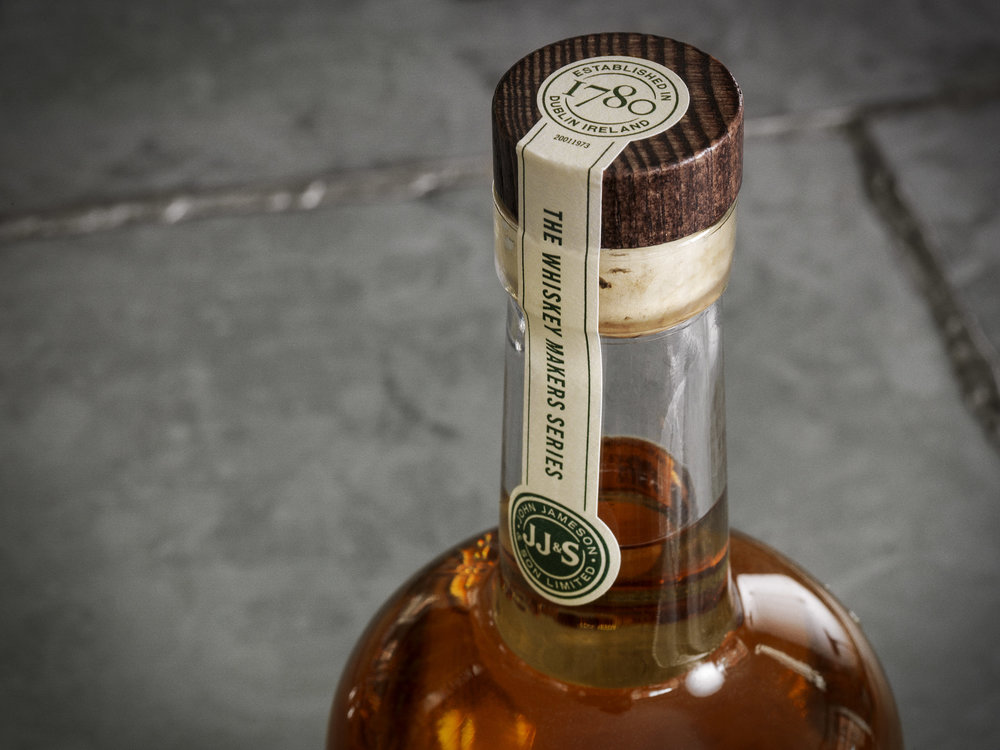 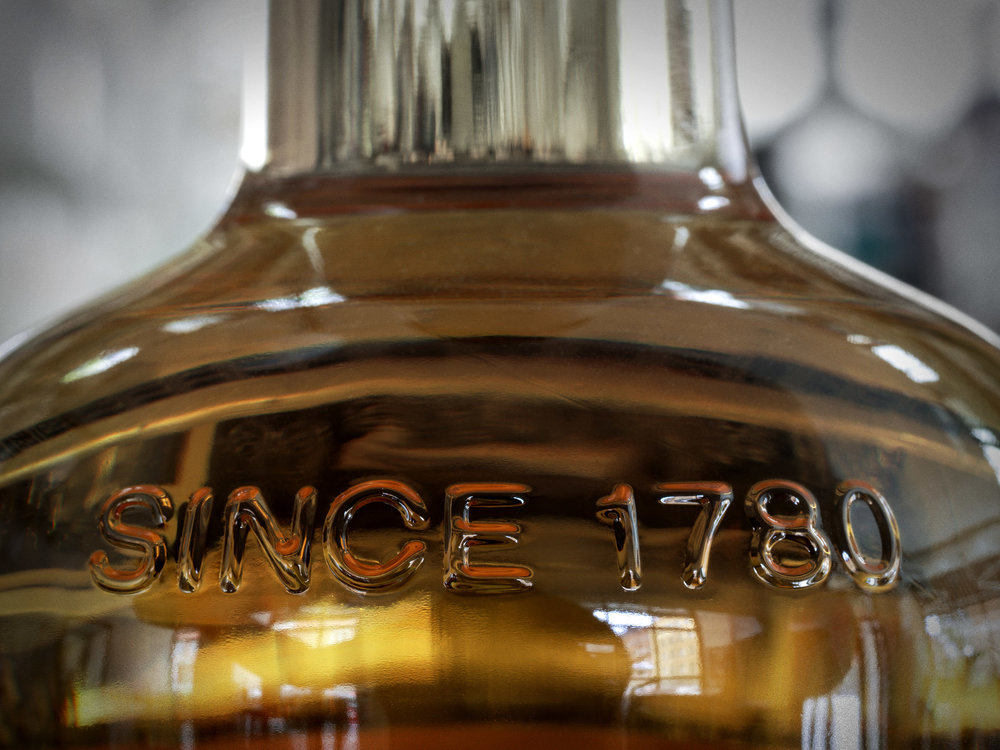 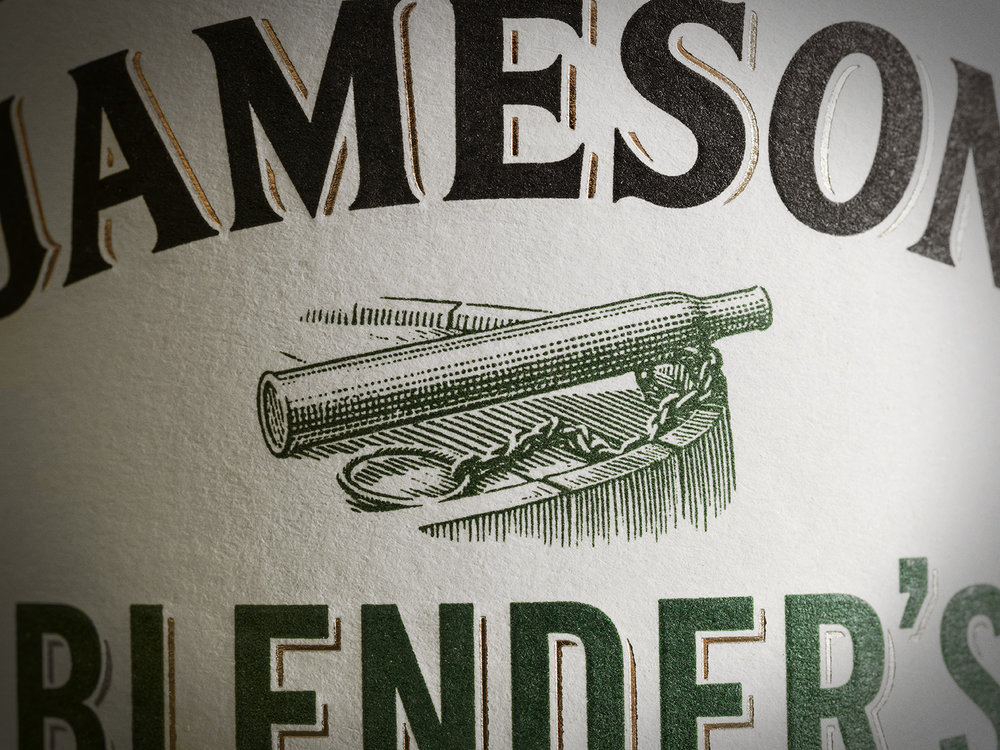 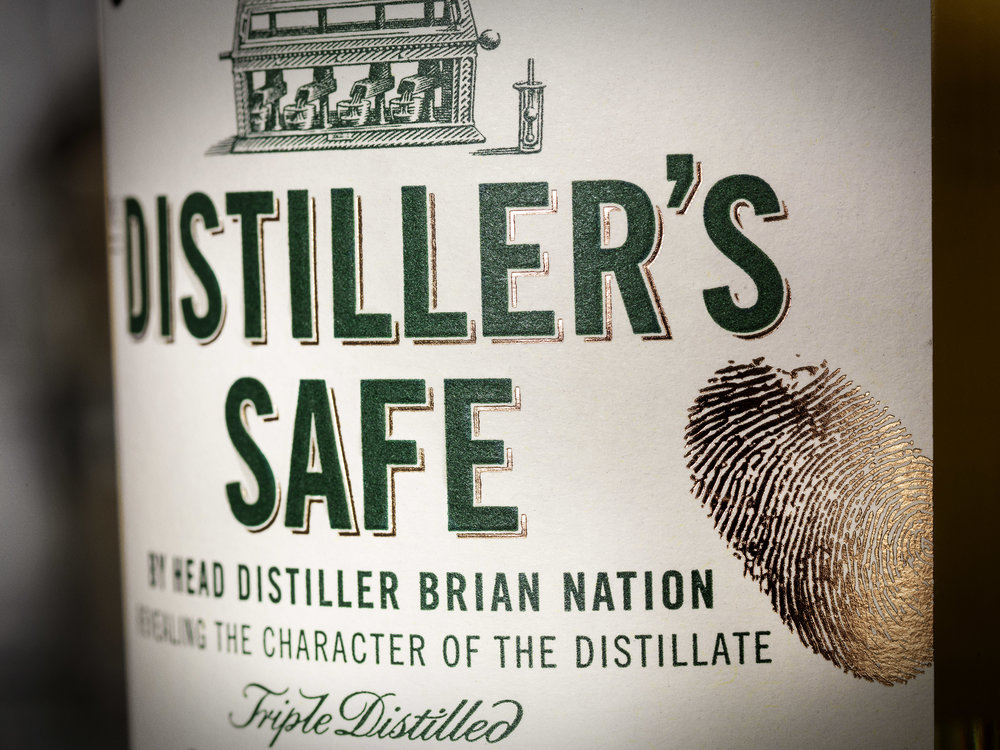 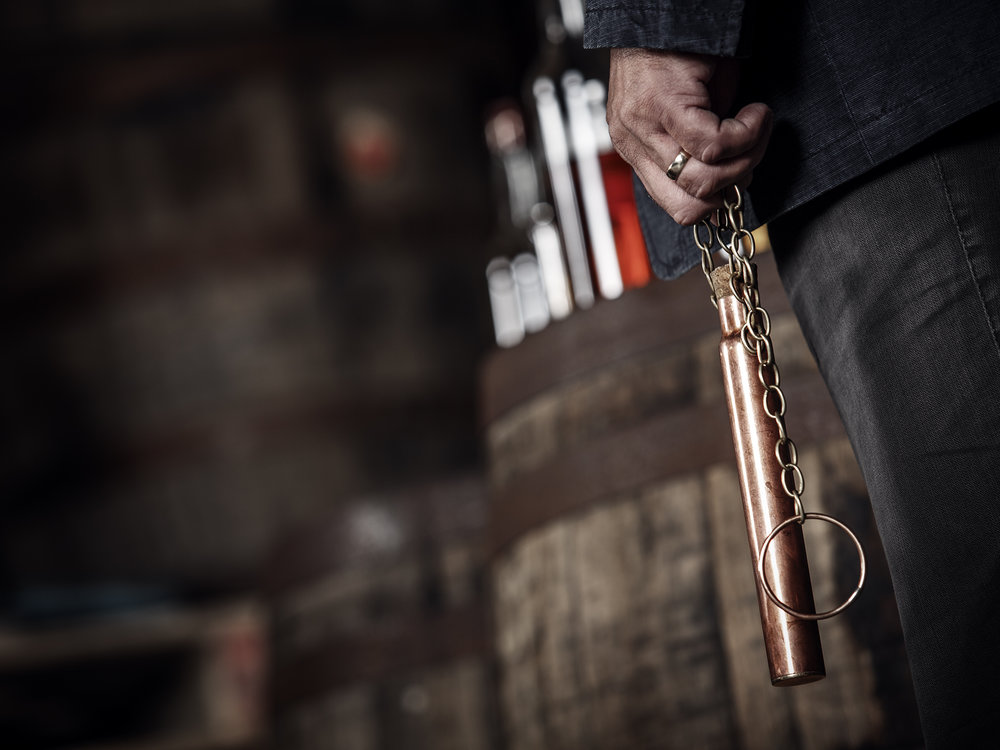 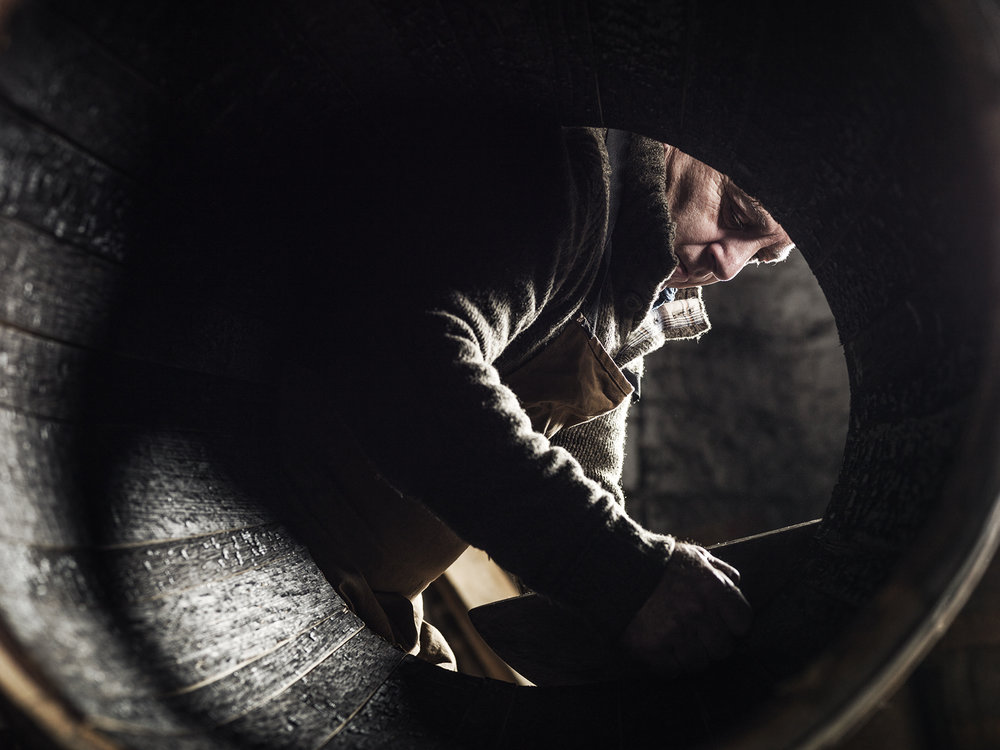