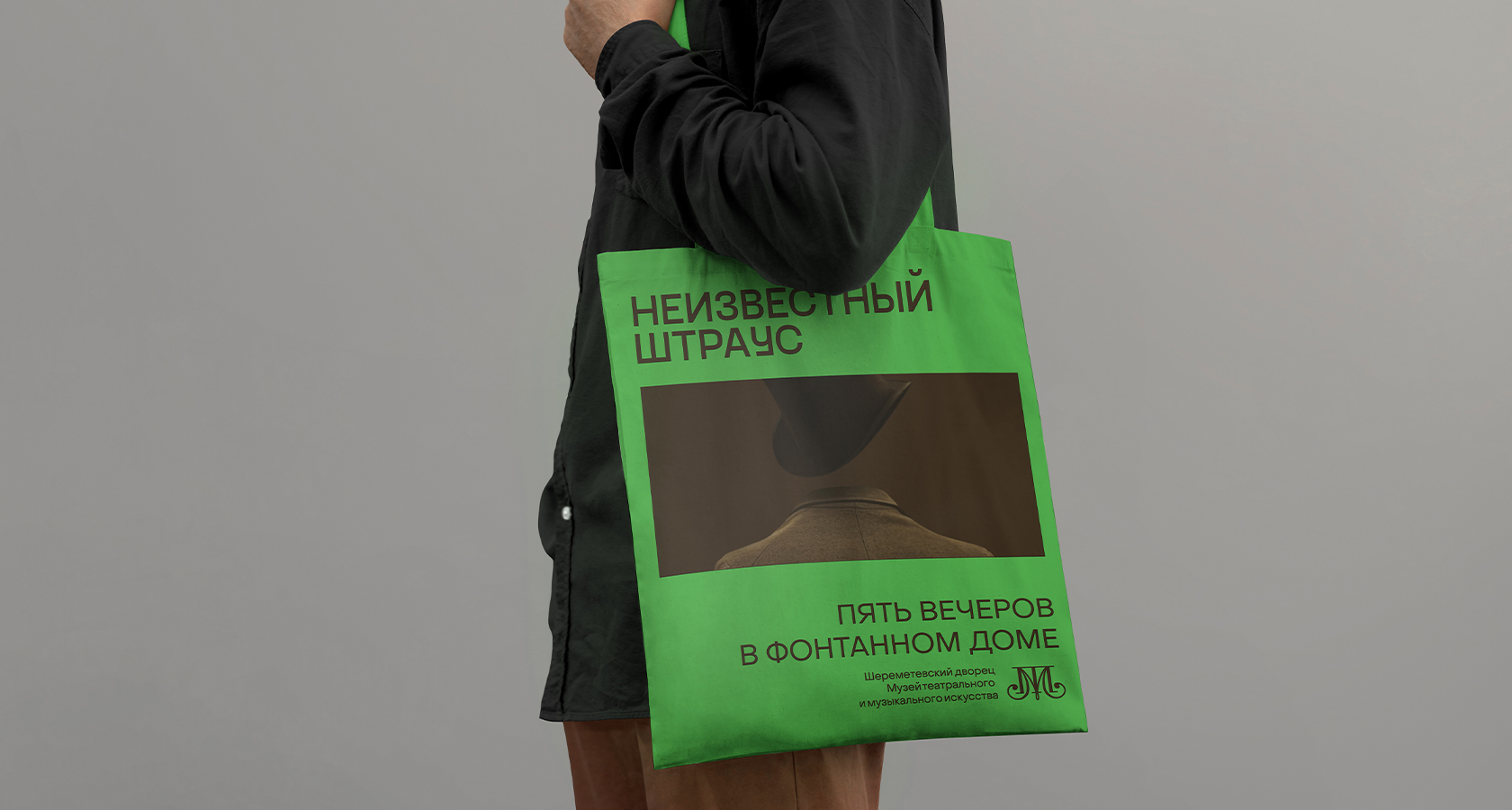 Five Evenings at the Fountain House is a museum project that includes five thematically varied concert programmes, musically complementing several exhibitions of the Sheremetev Palace in Saint Petersburg, Russia. We were tasked with developing a poster for the opening of the museum’s new XXVIII concert season as well as posters for two other concerts illustrating two museum exhibitions: “Valery Gavrilin. Voice of Russia” and “Life for the Tsar. The history of Russia through the theatre stage”.

Looking for a visual solution was complicated by the fact that all the events of the museum project were different in subject matters, contents as well as epochs. We had to find something in common, some kind of leitmotif that would unite the exhibitions with each other, and also connect them with the musical background of the Sheremetev Palace exposition.

Creating a musical character appealed to us. It had to be an unnamed hero with a particular personality, who stands behind the performances held at the exhibitions or encapsulating the historical period as a whole. We began to reflect on the themes of the museum’s evenings and the composition plots. Each of them had its own special aura, recognisable image and identity. The people inside music, dissolved in their greatness, are not only the authors, but also the listeners.

A character is seen in the centre of the posters. They are faceless, but recognisable. This image matches the musical style of the era when these works were created and now included in the concert programmes.

The poster grabs attention, yet it remains intriguing with its understatement. When looking at the poster, we want to know who this person is, what the hero’s fate is. The result is a strong collective image that arouses empathy and interest.

As regards the poster of the opening concert of the season, where Strauss’s opuses were played, we chose the image of a secular person typical of the musician’s era. A man, dressed modestly at first, is emphatically elegant and associated with an intelligent secular man.

Searching for the concert image of the exhibition “Valery Gavrilin. Voice of Russia ”. We focused on themes around folklore, since all the compositions were addressed specifically to ordinary people. The multi-coloured female headscarf became a symbol of the Russian soul, reflecting the main leitmotif of the author’s musical creativity. For the poster of the opening concert of the season, where Strauss’s opuses were played, we chose the image of a socialite typical of the musician’s era.

For the concert programmes of the exhibition “Life for the Tsar. The history of Russia through the theatre stage”, we took the figure of the head of state with a monk’s hat and wearing royal vestments and a scepter. In many historical operas, the ruler appeared on stage or was present in the narrative behind the scenes. The Russian rulers often ordered musical works.

In addition to the central images, some typographic solutions were added. The font used was inspired by the constructivist movement. However, it also includes some modern typographic trends with broken graphemes and geometrical shapes. The font’s confident lines and right angles give the posters an unusual character, as it acts as an antithesis to traditional pictures.

We used deep saturated shades as the main background colour for the posters. The use of stylish neon texts give them a bright and modern twist.

The characters’ images were featured on different media including posters, programmes, invitations and so on. On every single format, the idea looked holistic, easily adaptable and scalable.

The characters’ images were featured on different media including posters, programmes, invitations and so on. On every single format, the idea looked holistic, easily adaptable and scalable. 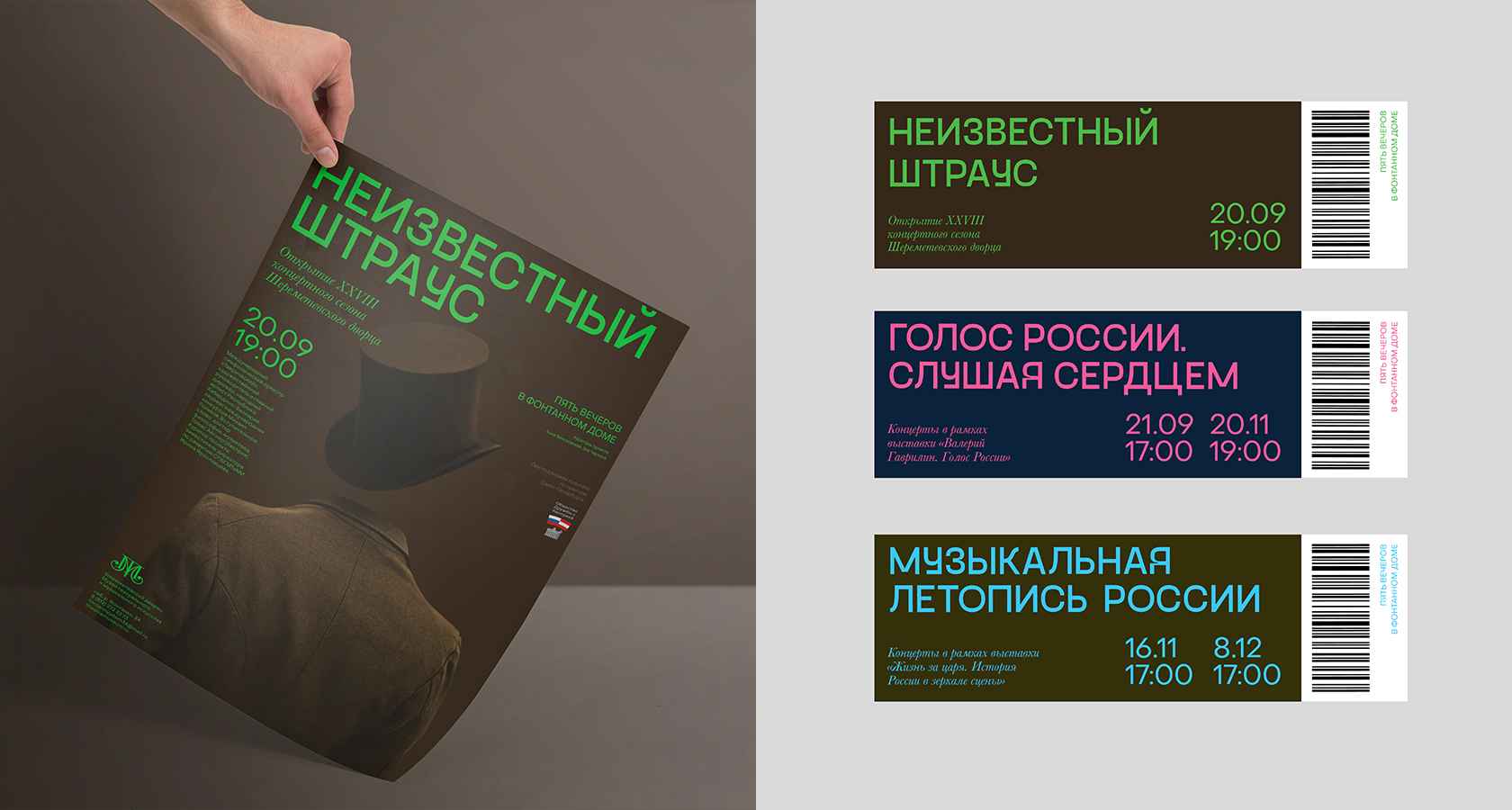 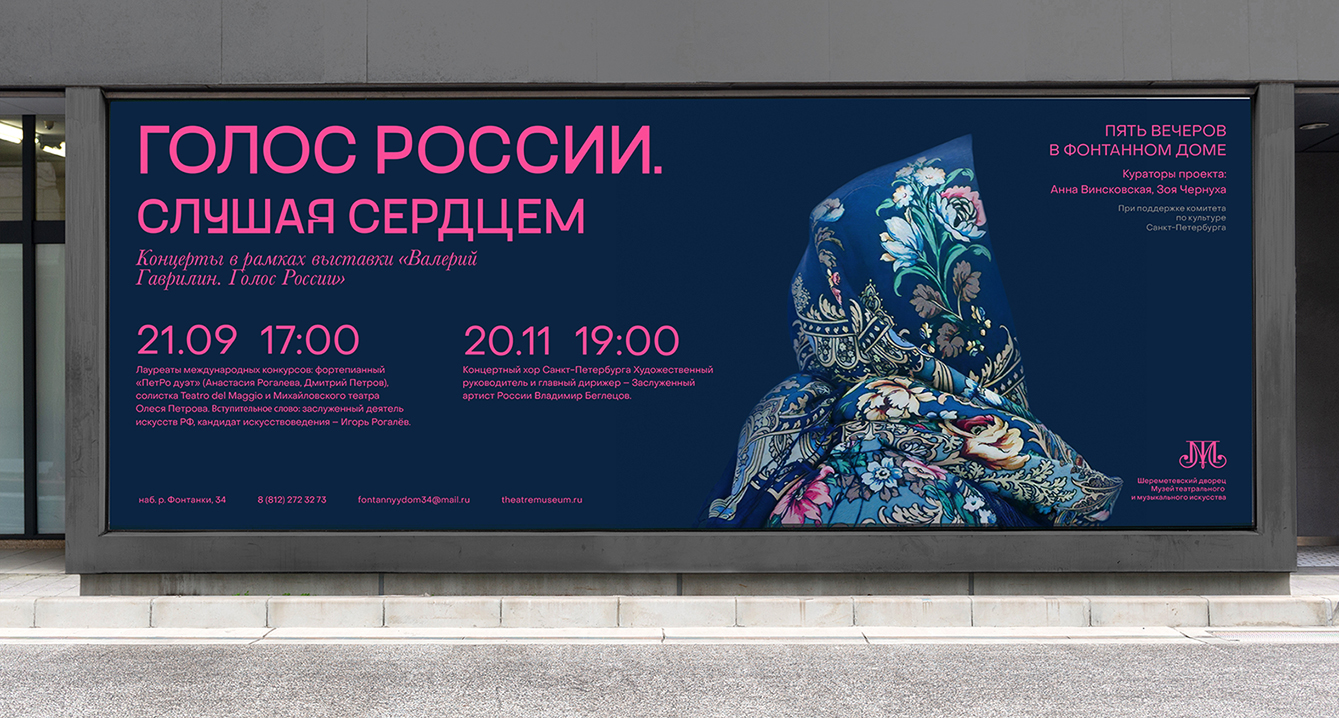