The perfume of Esteghlal Club 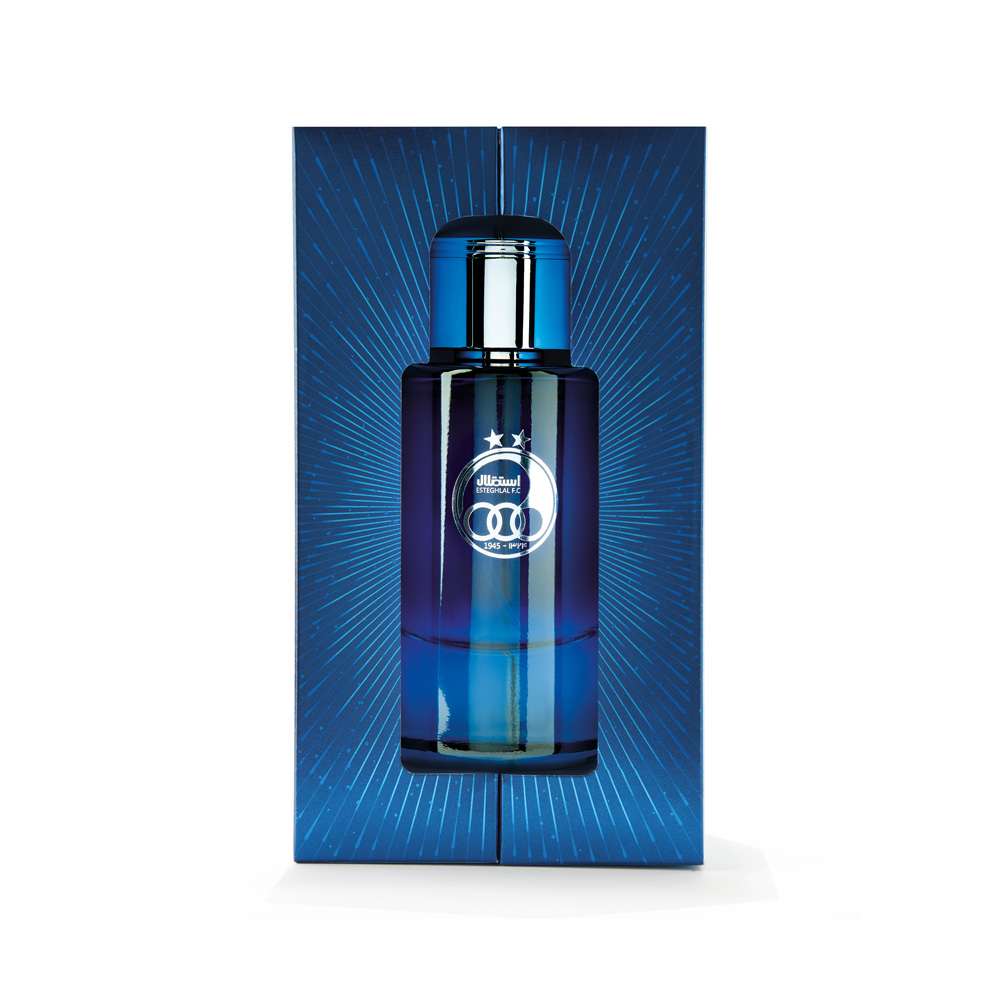 The Esteghlal Athletic And Cultural Club, previously called Docharkh-e Savaran, was founded in 1945.
This 77 years old club is one of teams with most football fans in Iran. Esteghlal is one of the most honorable Iranian football clubs in Asian competitions wining two companionships (91-1990 ,1970), two runner ups (99-1998 ,92-1991) and two third positions (02-2001 ,1971).
The perfume box of Esteghlal Club is the famous football team of Iran
This box is designed from two parts, the cover that holds the perfume box and the product box, the printing of this box is done using metallization technique.
In the design of this box, we tried to make it not just a package, but to be a souvenir for the fans of this team, and for this reason, in the design of this box, we made a place under the perfume space where the signatures of the players can be placed, and when the perfume is removed, the signature Appears.
On the cover, there are 26 star textures, which are the number of team members.

As a sum, Esteghlal is the most honorable football club of Iran with 37 championships in Iran leagues, knockout cups, cup of Tehran Clubs, Tehran Super Cup, and AFC Champions League. It is one of the most famous FCs in Asia.
The Omidan Tejarat Arvand thanks the Esteghlal Clubs for its cooperation and presents this perfume called “Champion” to the veterans, champions, players and fans of this team and all other honorable people who shared in the development of this club during 77 years and tried to defend the high name of the club.
This collection is in respect of all great men whose souls are mingled with the blue color of this club. 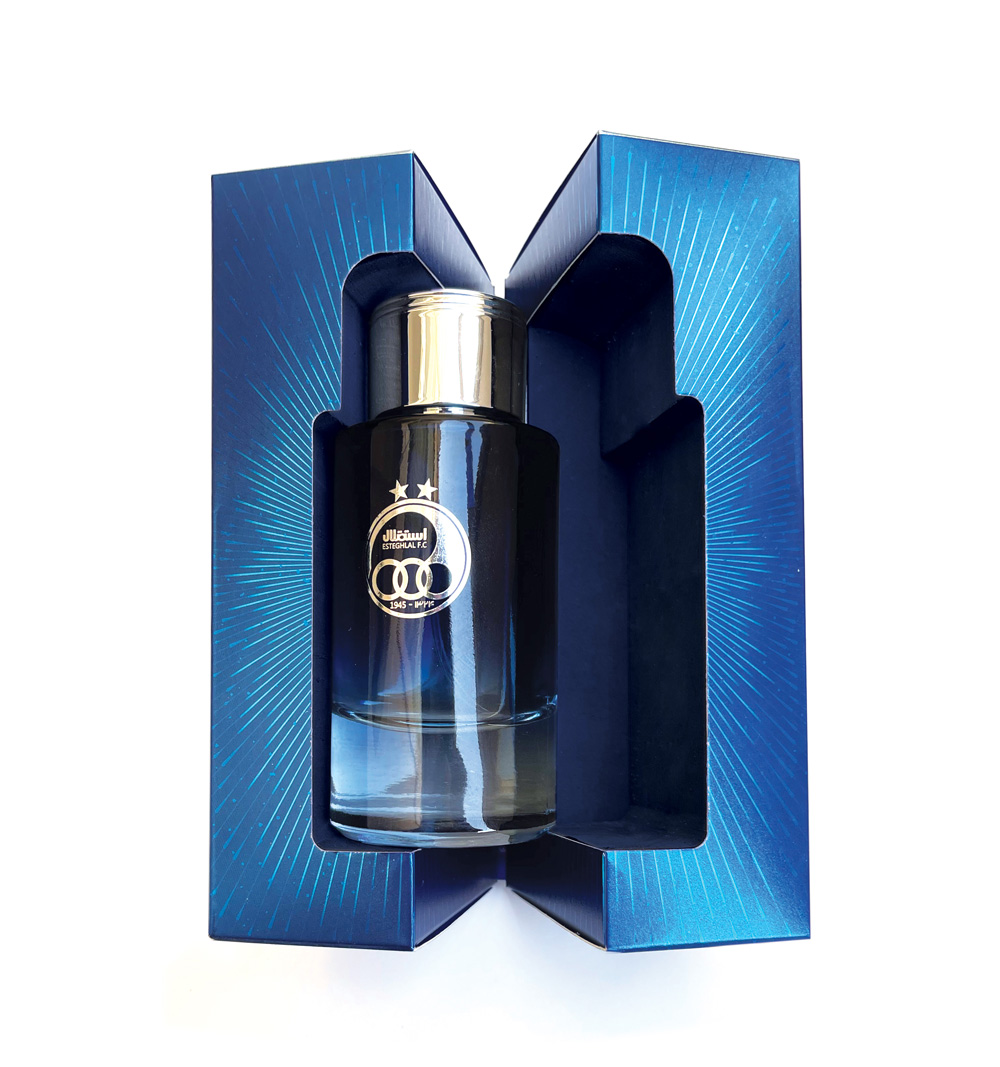 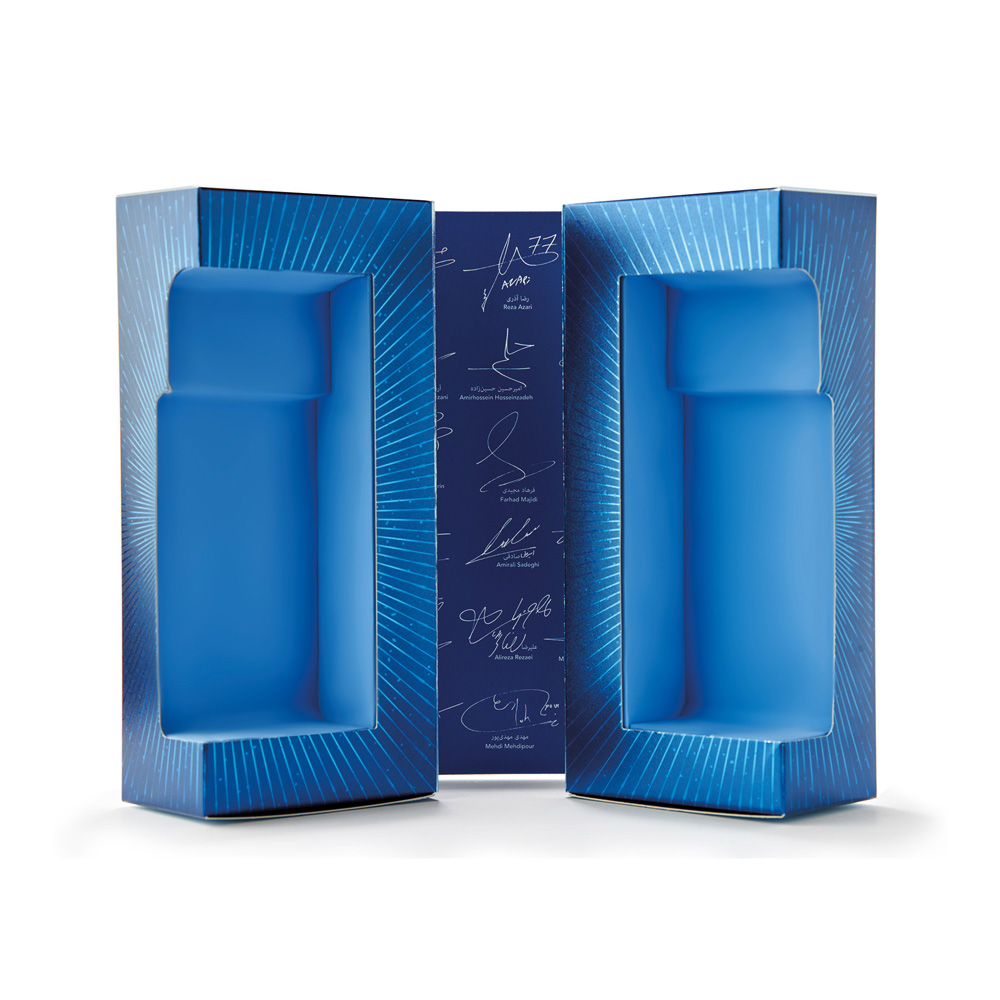 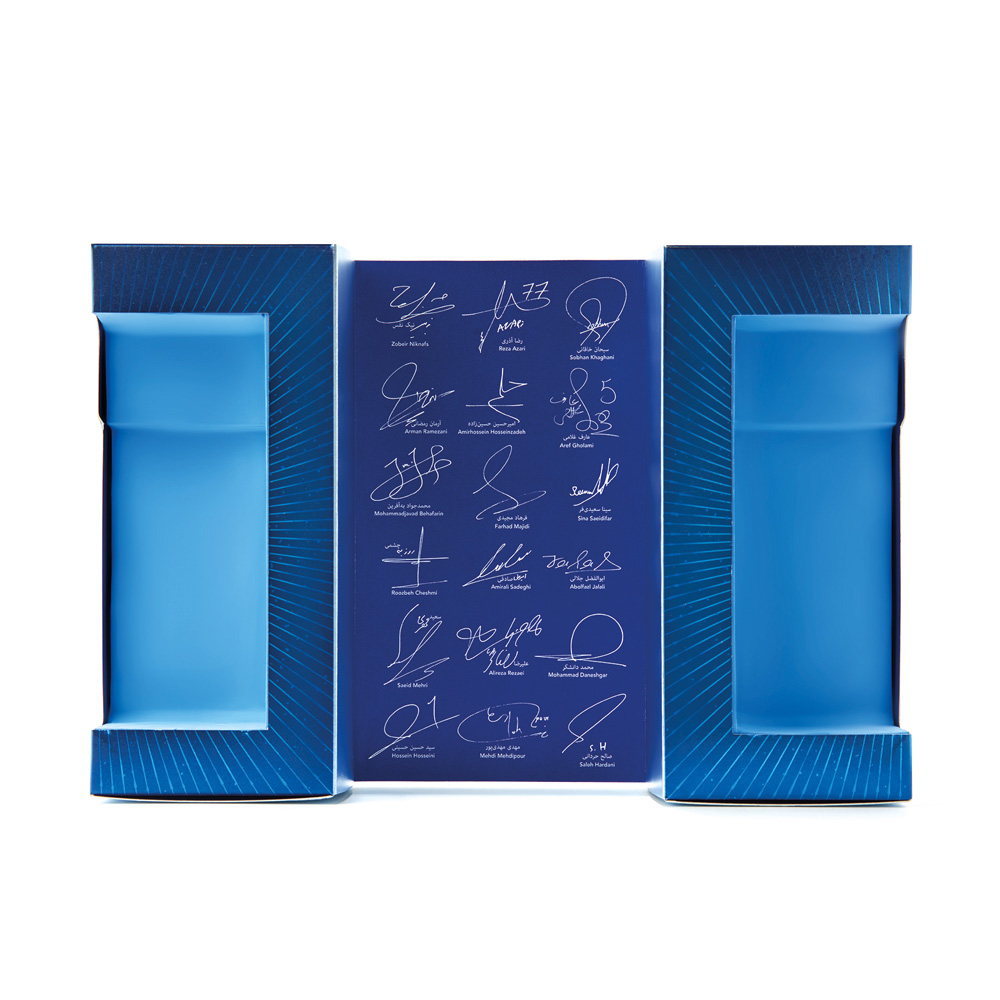 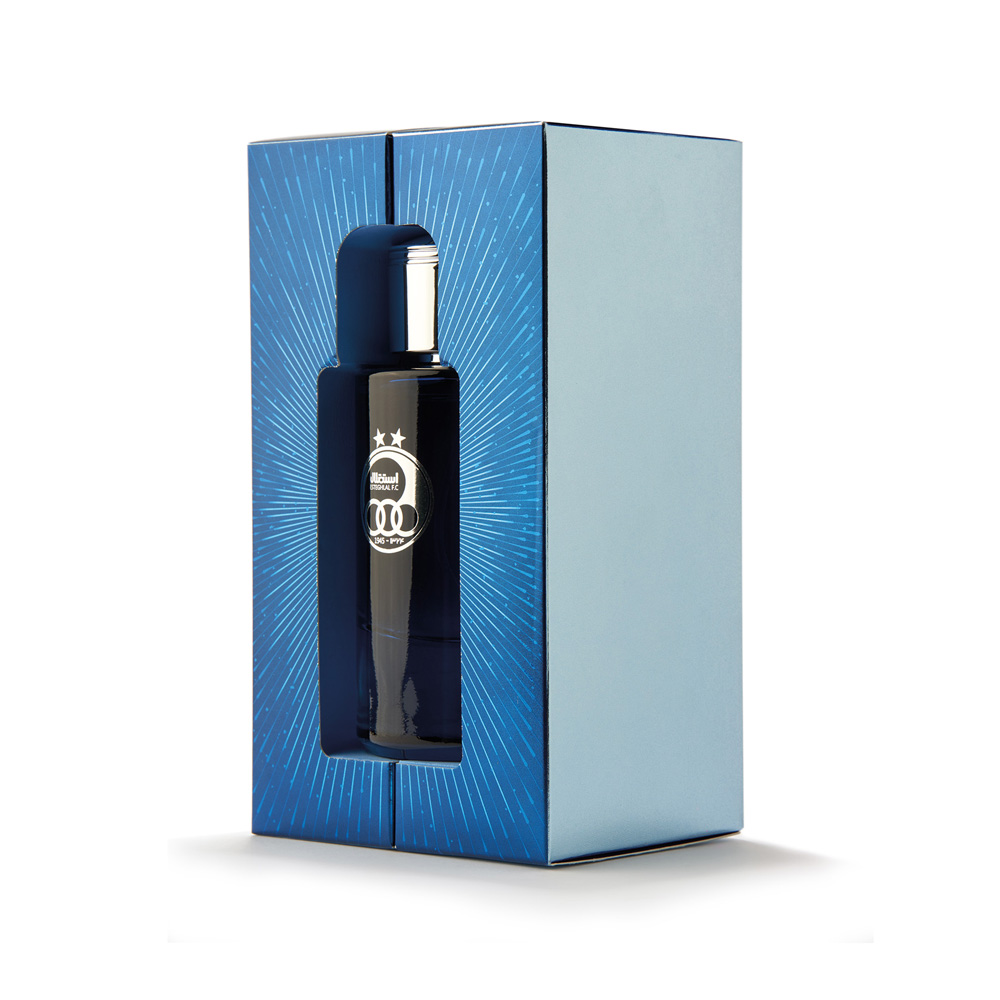 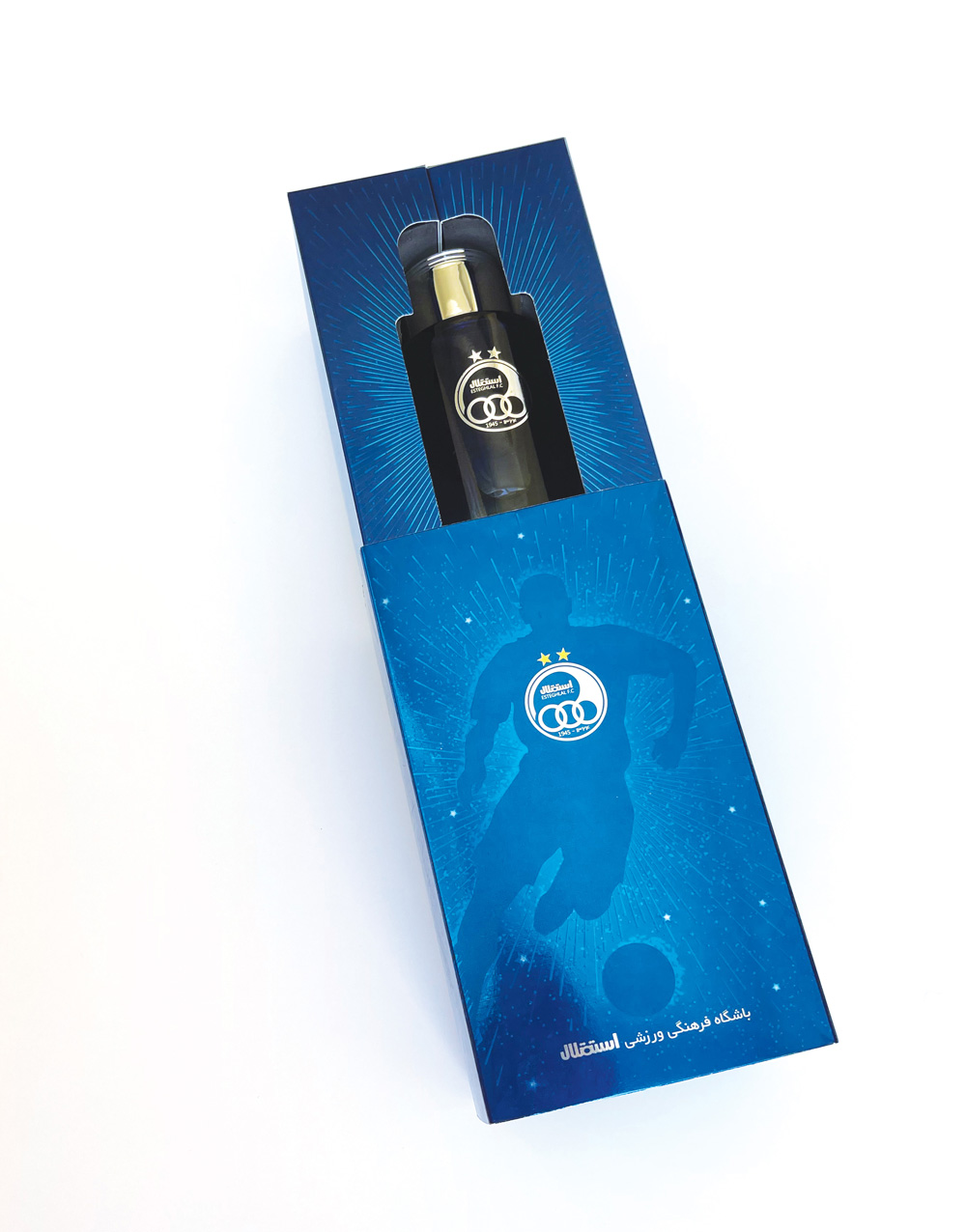