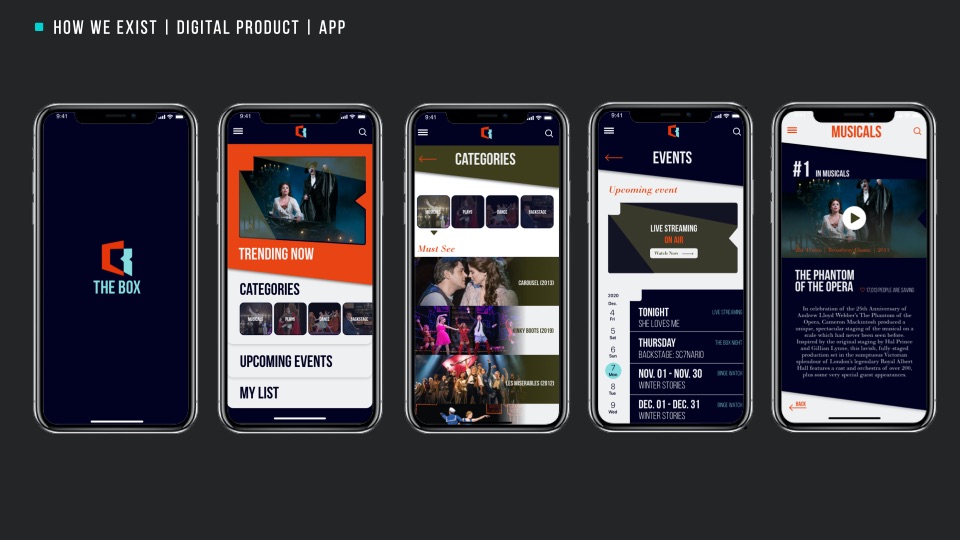 The Box is a new identity system for Broadway HD, a streaming service that focuses on stage-based performances such as musicals, plays, and concerts. Their new brand name ‘The Box’ is inspired by the theatre’s Box Seat, known as the best seats in the theatre, as they can be seen in private and closest places from the stage. This concept highlights the advantages of the streaming service, which allows subscribers to freely view excellent stage content in the best and comfortable locations with their devices everywhere.

The Box continuously thinks about how to deliver the vivid experiences of the performing shows directly to users. The brand montage for The Box contains all of their new identity systems, including a new logo mark, poster sequences, and the UX/UI platforms. The purpose of this video is to more accurately and concisely convey the characteristics of a new identity and its uniqueness to viewers. Inspired by the stage backdrop, the two panels move at various angles and directions, creating modular shapes. The countless form made by 2D panels are recreated in 3D with depth, and this endless passage shows the vision of The Box constantly delivering stage performances, vivid 3D experiences to a 2D screen in your place. ‘Applause!’ is the voice of The Box, which is their new catchphrase. Their constant efforts to connect with customers will bring curtain calls that were only seen on stage to your living room. Applause will be the best compliment for The Box.

Final Execution of The Box consists of brand guidelines, including brand montage and the new tone and manners. To this end, we used a variety of graphic design tools as a whole, including Photoshop and Illustrator for logo and poster production, Indesign for layout, and After Effect and Cinema 4D for the brand montage. The new identity has been praised as being able to greatly contribute to the expansion of the customer age group, which stage performance wants to advance after the Covid-19 by giving a fresh and young image. 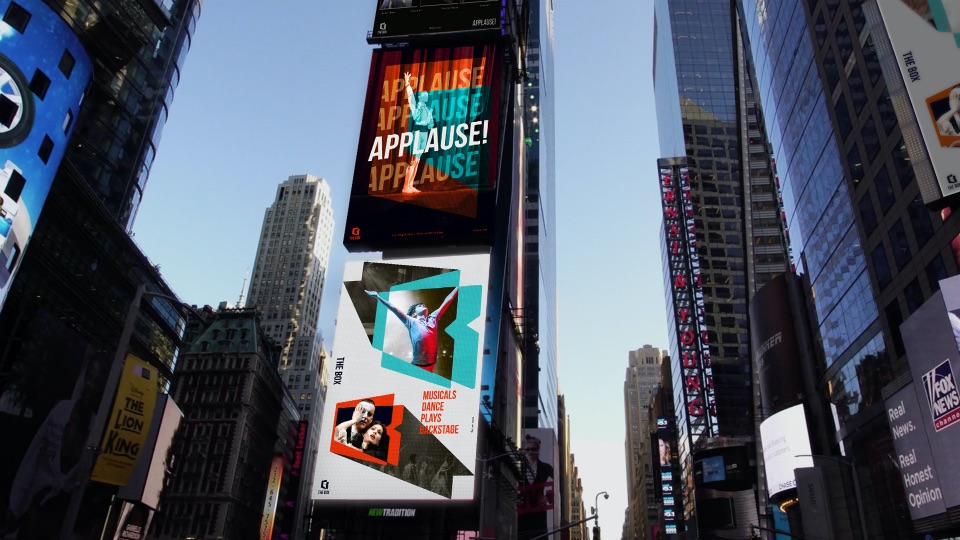 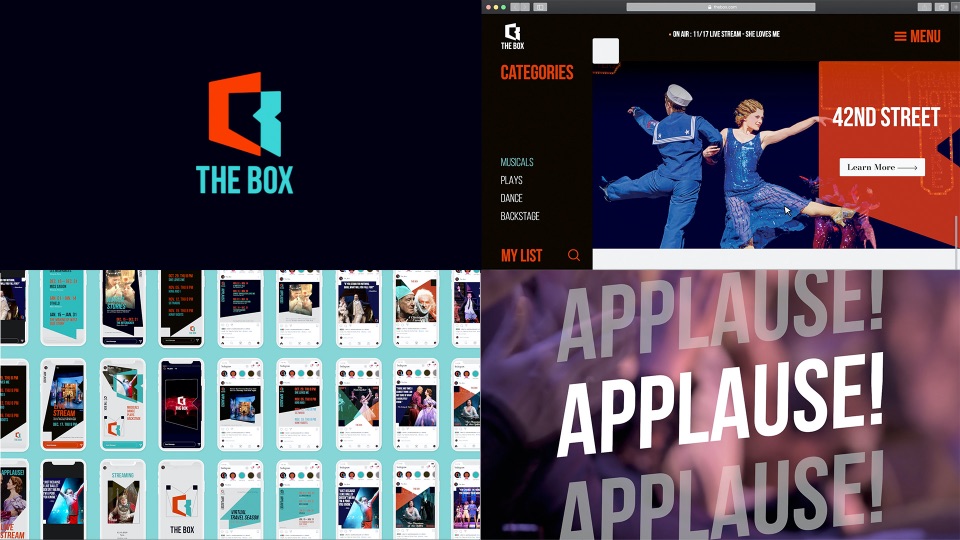 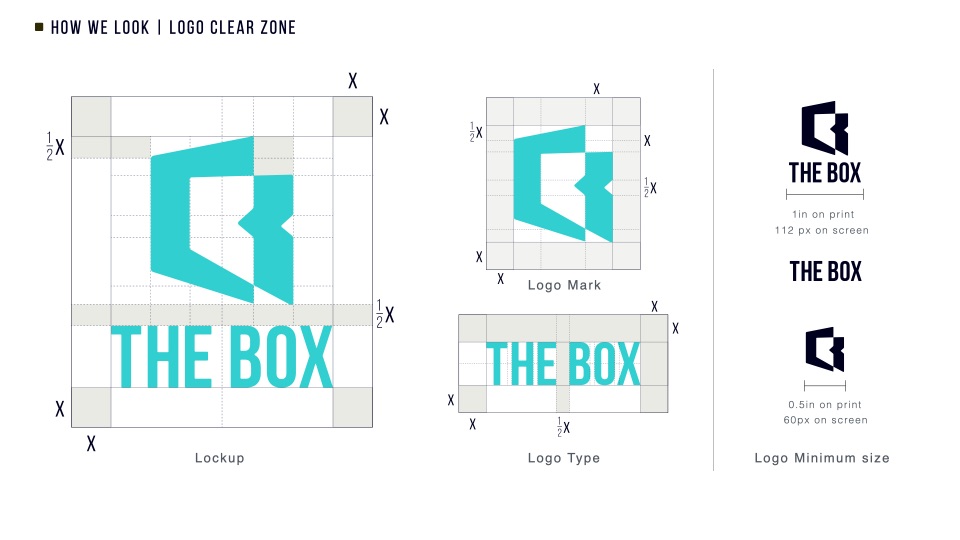 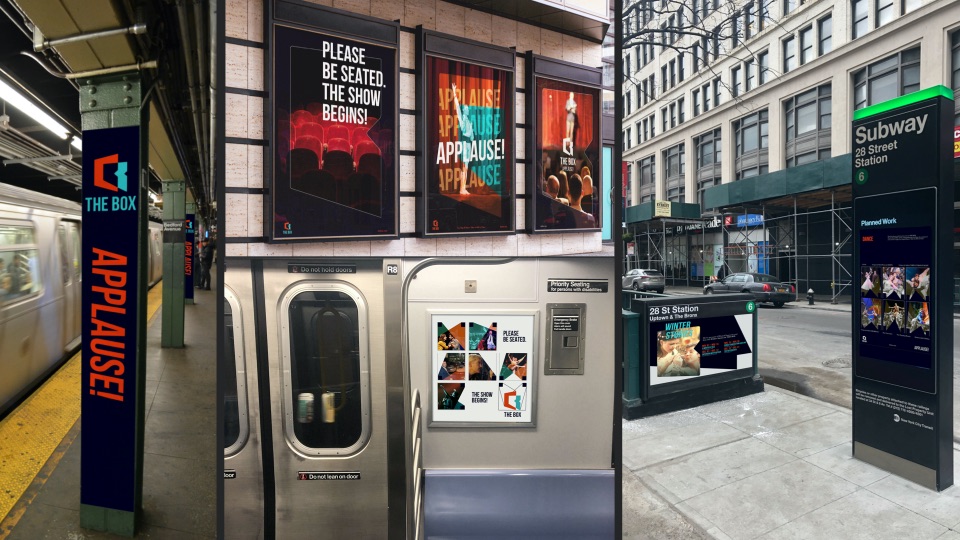 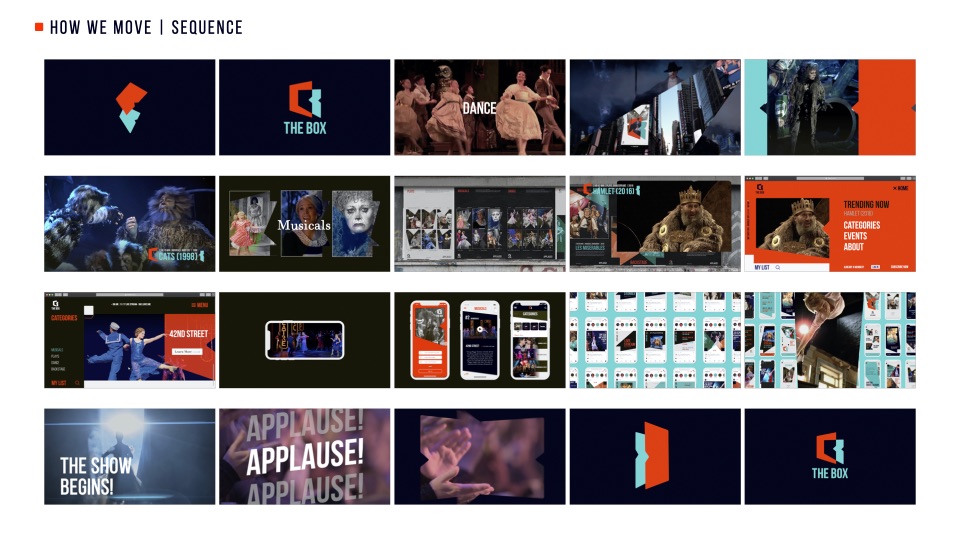 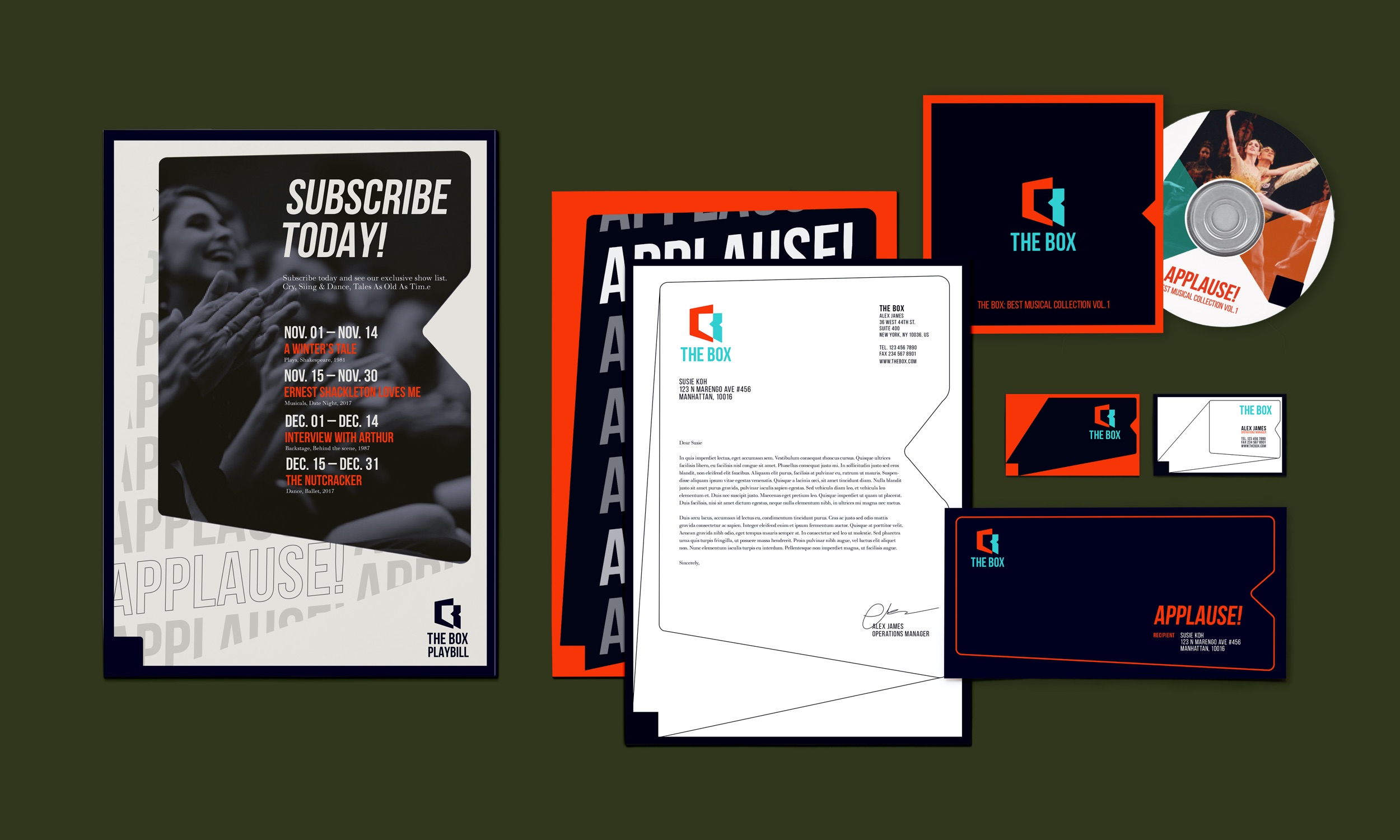 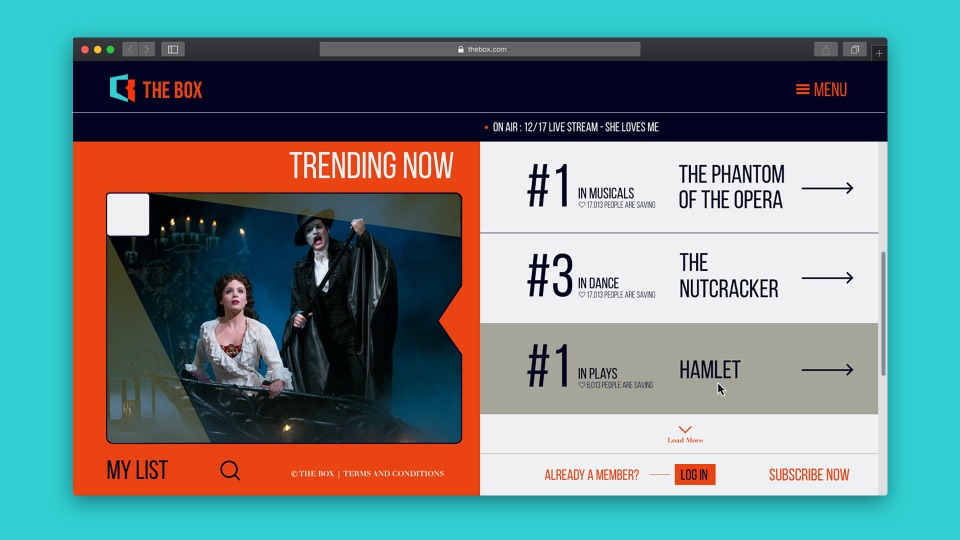 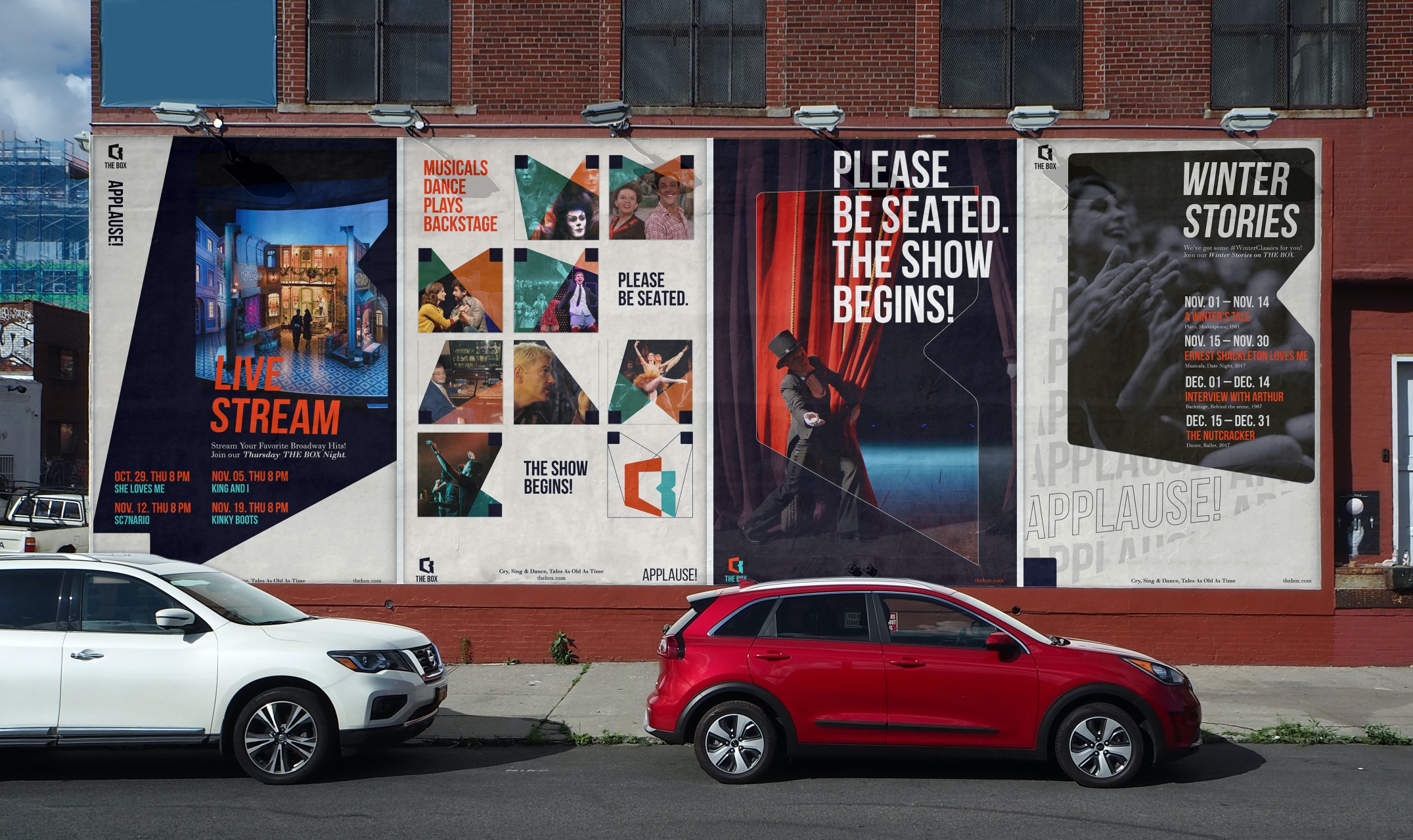 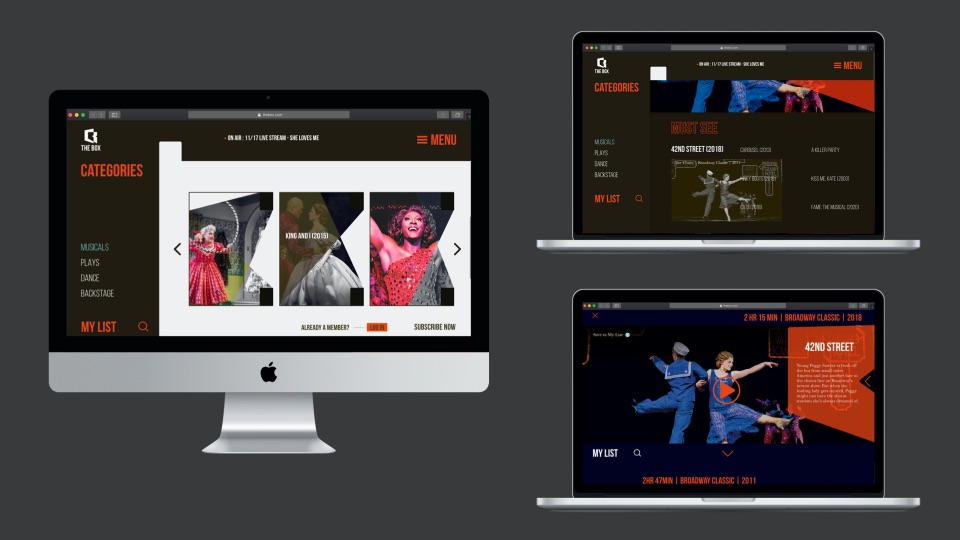