The Birth of Valerie Venus: Film Branding, Marketing and Titles

Trapped in a world of domesticity and servitude, long suffering vicar’s wife Valerie, has spent a lifetime serving others and putting up with her husband’s demands and golf habit. At her wits’ ends, she makes a quiet plea to the Virgin Mary, who answers her prayers in the form of a strange force. Convinced she is possessed, Valerie fights her path to enlightenment every step of the way, until she realises there actually might be some benefits to being kind to yourself.

The film credits and title art are designed to reflect the (re)blooming and sexual awakening of a woman living in the surrounds of quiet domestication and the church. Hand-drawn extended letter stems subtly represent biblical texts typographically, whilst the illuminated capital V has a delicate, beautiful, yet sexual undertone. We studied biblical texts and manuscripts, and created letter forms that represented these but with a modern spin. Each detail was worked on, even down the the spacing for the individual rolling credits…

Colours are taken from the moody film grade, and Valerie’s tactical, sensual silk shirt vs her plain, dower tweed skirt.

The use of illustration stands out from the normal visual expectation of film posters (photographic headshots), and allows all woman to place themselves in Valerie’s shoes. The swirling of ties of her silk shirt as a nod to “The Birth of Venus” adds to the sense of renewed freedom. Her stance and the ‘middle finger’ surrounded by a halo gives the image the wry sense of humour that is throughout the film, truly embracing Valerie’s character and journey, alongside the obligatory marigold on the ‘obedient’ hand.

A witty and empowered visual brand for a film with a heart, oddities and triumphant outcome… Cheers Mary! 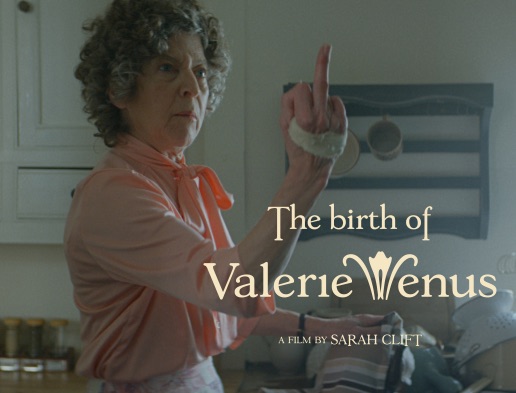 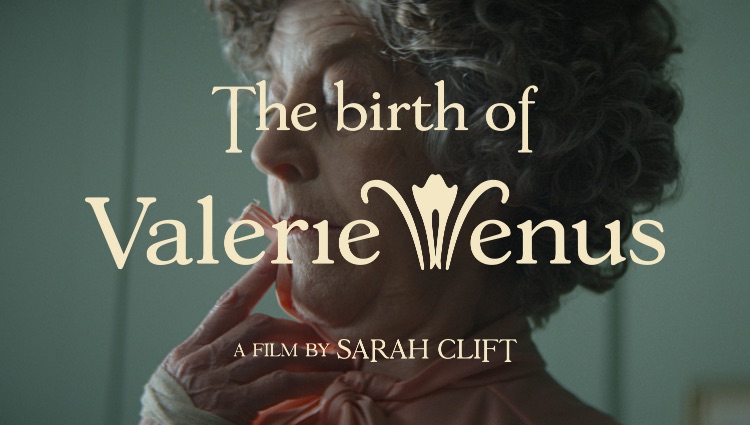 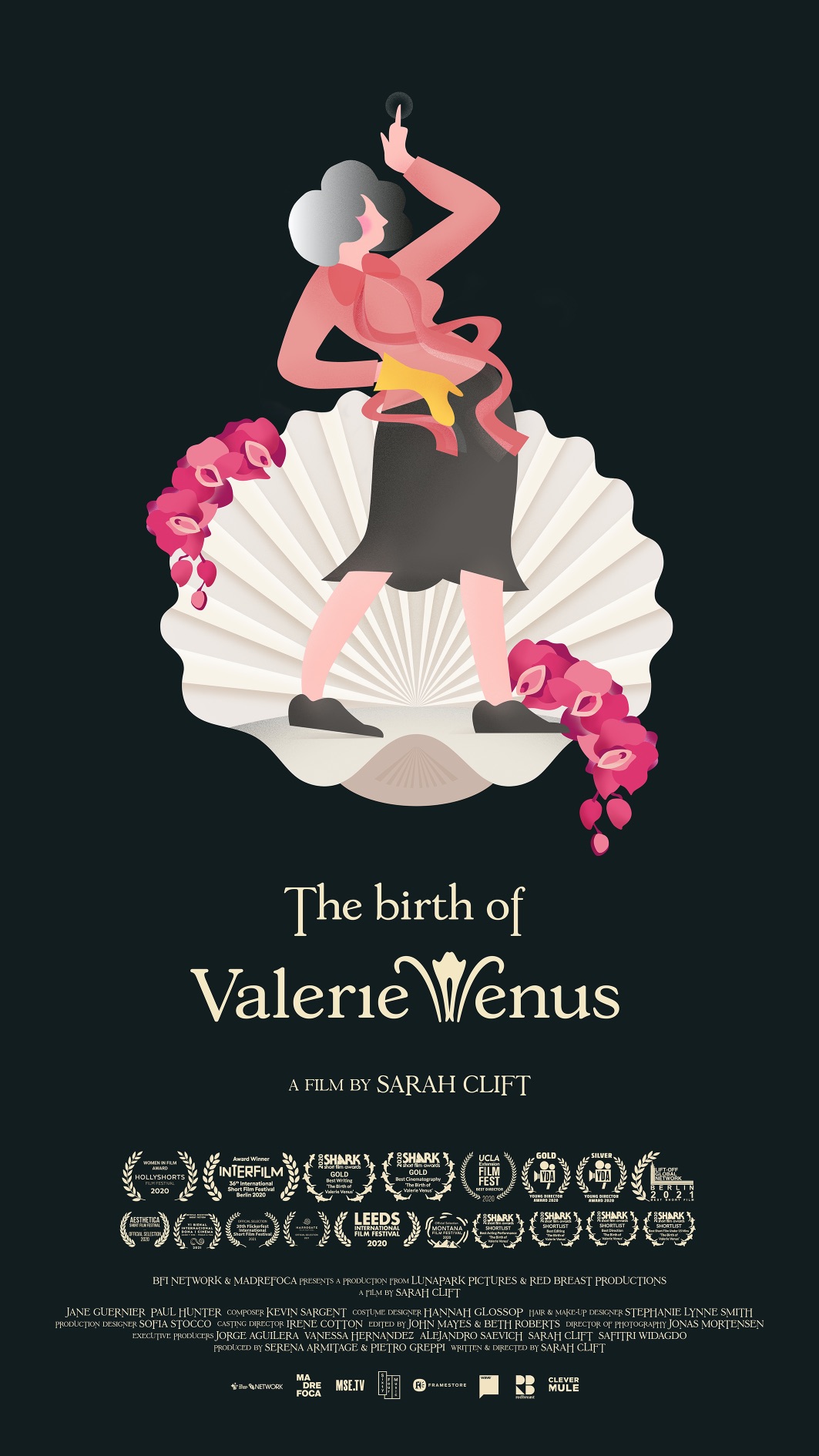 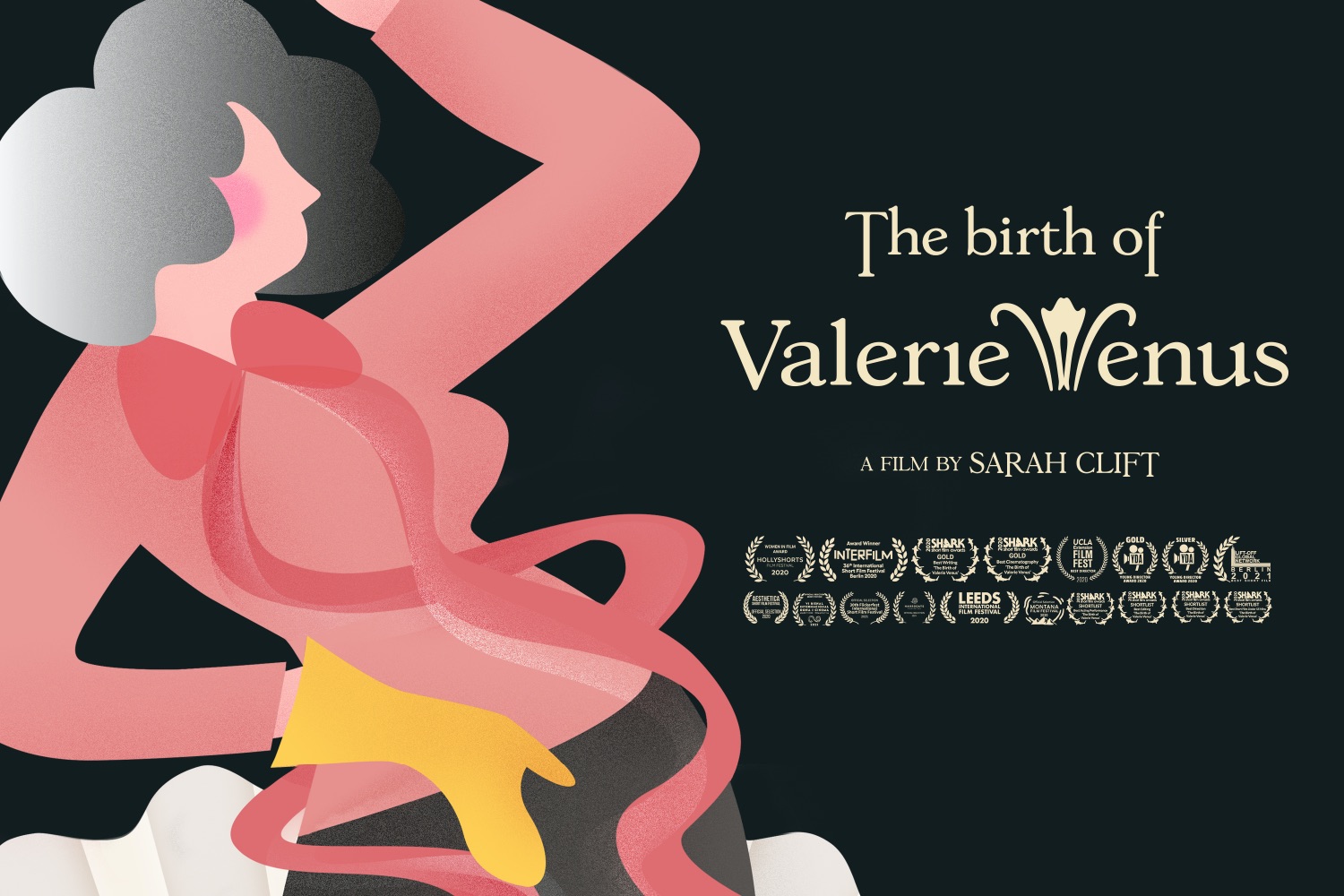