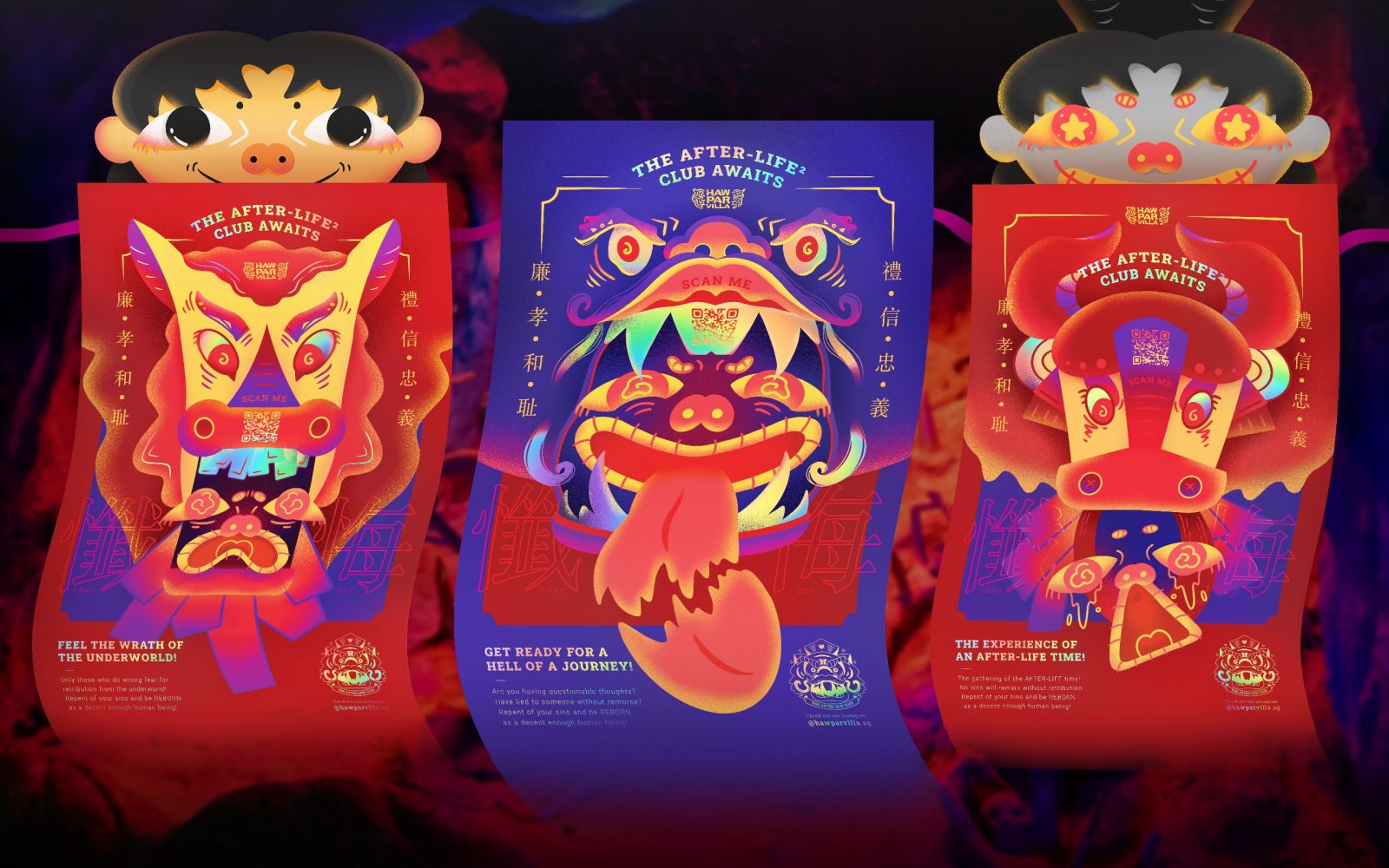 Haw Par Villa is a unique Chinese cultural site that plays an important role both locally and regionally, originally built with the hopes of sharing Chinese values amongst the ever-growing influence of western beliefs, being the last of its kind left in the world. However, Haw Par Villa has been experiencing a decreasing number of visitors, a shadow of its former self. The fact is, in modern-day Singapore, less importance is placed on understanding one’s cultural roots, especially amongst the younger generation; This could be due to their more liberal way of thinking, and being less reliant on cultural norms or religion in general. However, as Haw Par Villa’s diverse attractions aim to instil moral lessons that are universal as well as promote Chinese culture in a more digestible way, it is something that can be leveraged on.

Feast your eyes on a new other-worldly experience like no other at the Haw Par Villa Ten Courts of Hell. This is where the worlds of the afterlife and life collide giving rise to a club that transcends all dimensions, bridging two completely different worlds together. The physical world is represented by the ten courts of hell which portray “death” and inevitable punishments while the virtual world portrays “life”, Chinese folklore and virtues.
Presenting the After-Life2 Club – an experience that aims to enhance the current ten courts attraction without hindering and altering culturally significant physical sculptures, building a whole new virtual realm on a digital platform where people can understand the various sculptures and the morals that they represent. This generates traction, breathing new life into Haw Par Villa, simultaneously sharing the intended meaning behind these gruesome sculptures through a platform the new generation is accustomed to. This transforms the place into more than just an aesthetic as this allows them to journey through Haw Par Villa and take pieces of knowledge with them when they leave.

The main objective of the After-Life2 Club is to inspire and cultivate a good moral compass in the next generation, it’s key objective being to introduce the Ten Courts of Hell, where they can learn about moral lessons within the Chinese religious folklore, as well as to create a cultural experience that is beneficial for everyone. The After-Life2 Club escorts the lost souls of the new generation, regardless of their beliefs, on a hellish journey that throws them into the deep end of moral education, transforming them into a “decent human being”.
The name consists of 2 parts – ‘After-life’ which is life after death represents the user’s journey through hell, and ‘Life Club’, a community where users learn about the Taoist way of life and their values. The overarching style was chosen to be whimsical, light-hearted and modern, which was designed to breathe new life into Haw Par Villa. This is seen through the illustration styles being more hand-drawn with a cartoonish twist on the otherwise gorey imagery featured in the physical attraction. This gives the campaign an almost child-like and unassuming front, a stark contrast to what waits for them on the other side.

The star of the whole campaign would be the app. There are 2 main sections to the app – online and on-ground. The online section can be accessed anywhere, focusing on instilling morals in users who are represented by an avatar.
This section focuses more on the theory, preparing users for the on-ground section. The on-ground sections, which is only unlocked via geolocation at Haw Par Villa itself, a more hands-on approach is taken as users are required to apply morals they have, similar to a practical test. By interrogating users with questions that will be used to determine their fate, users are shown how high or low they stand on the moral scale. Subsequently, users will begin their journey of repentment, starting with bite-sized moral lessons. This will prepare them for the onground section.

The onground section has restricted access and is otherwise locked behind pages with geotags and prompts to visit the Ten Courts of Hell attraction. When users have arrived at the location, their avatar, surrounded by all its evil thoughts, transforms into its true form – a sinful creature with a need to repent on their sins. Users would need to battle their way through hellish AR touch based games, puzzles and quizzes on their mobile devices, crawling through hell itself in hopes of new better life.
What does one get when they are reincarnated and cleansed of their sins? Freebies of course! Participants will be treated to personalised AR animated digital cards fashioned with their own avatar and date of reincarnation upon completion of the full campaign. Additionally, they would be able to claim a physical AR Certificate to show they are finally a certified “decent human being”, as well as an After-Life2 Club emblem patch for their troubles.
This campaign will be promoted through Haw Par Villa’s Instagram page with animated teasers that hint at the wackiness of journeying through hell, as well as sponsored posts and stories. Animated telegram and giphy stickers, as well as an exclusive instagram filter would also entice users into checking this unique experience out.

Additional ambient posters will be placed around Haw Par Villa itself as well as in transit areas frequently visited by the younger generation e.g (underground event spaces and shopping districts) in order to capture eyeballs and pique their interest.
Being a decent human being does not take much and while this campaign brings you an unconventional way to rid one of their sins, it’s all fun games…well, at least until you reach your end. 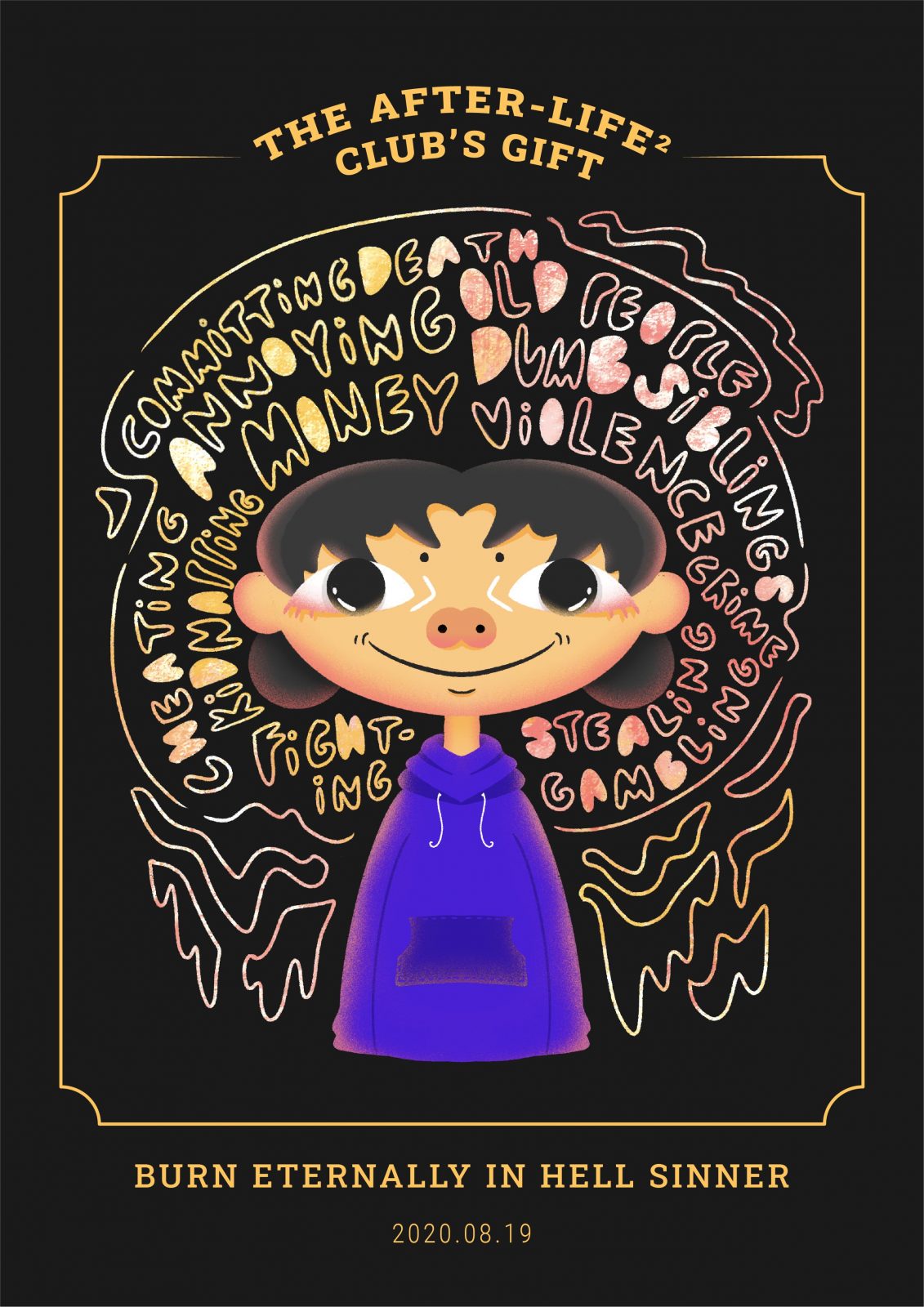 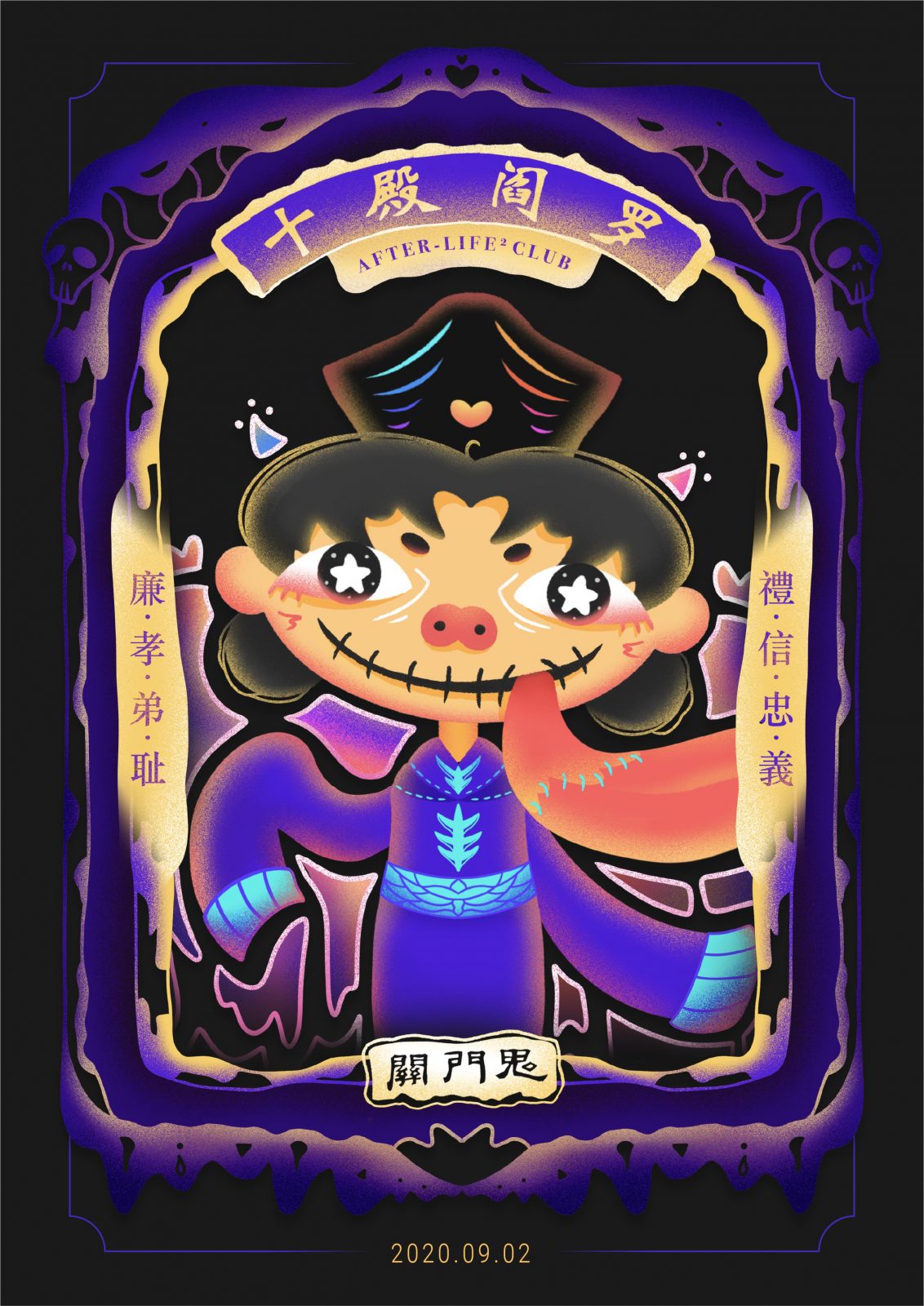 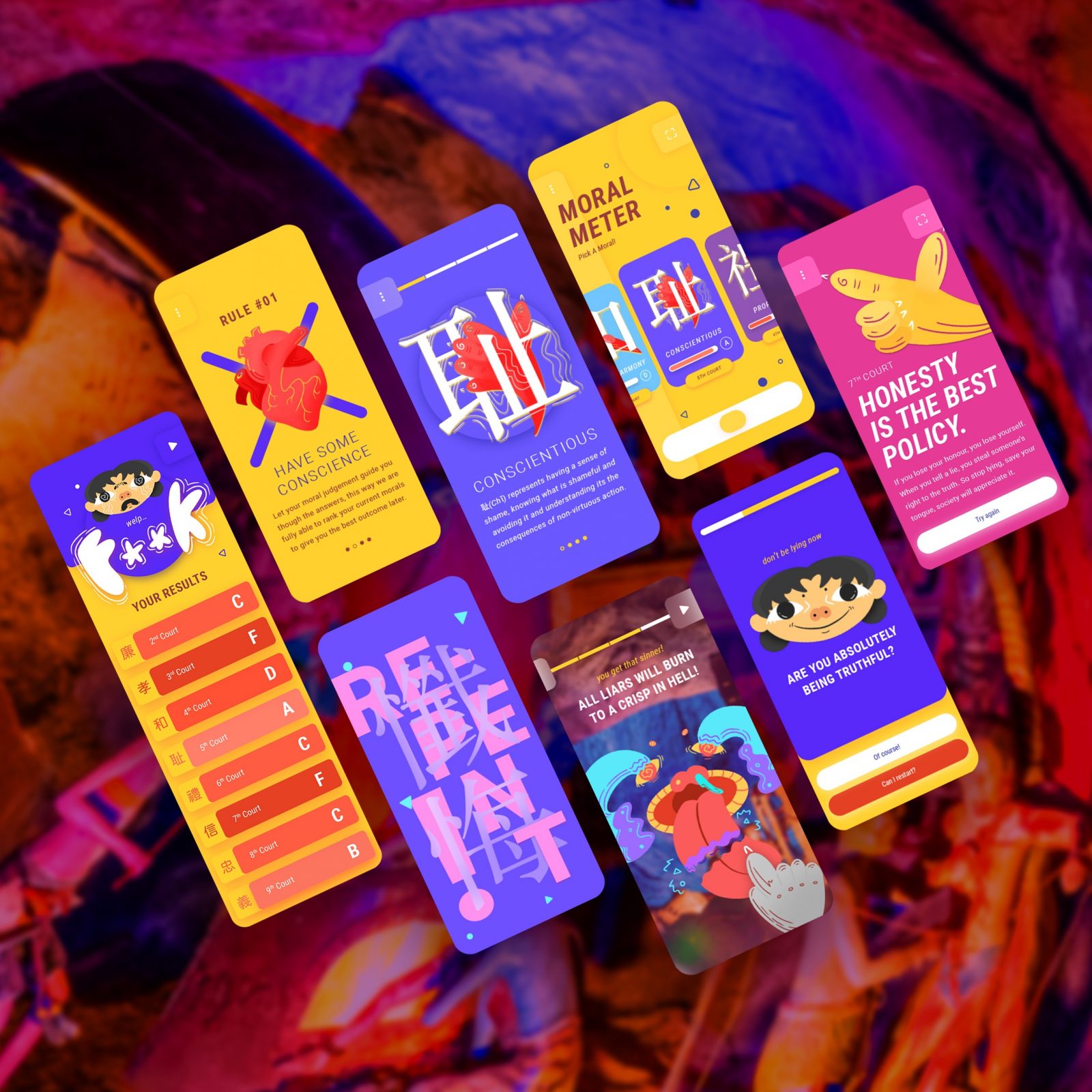 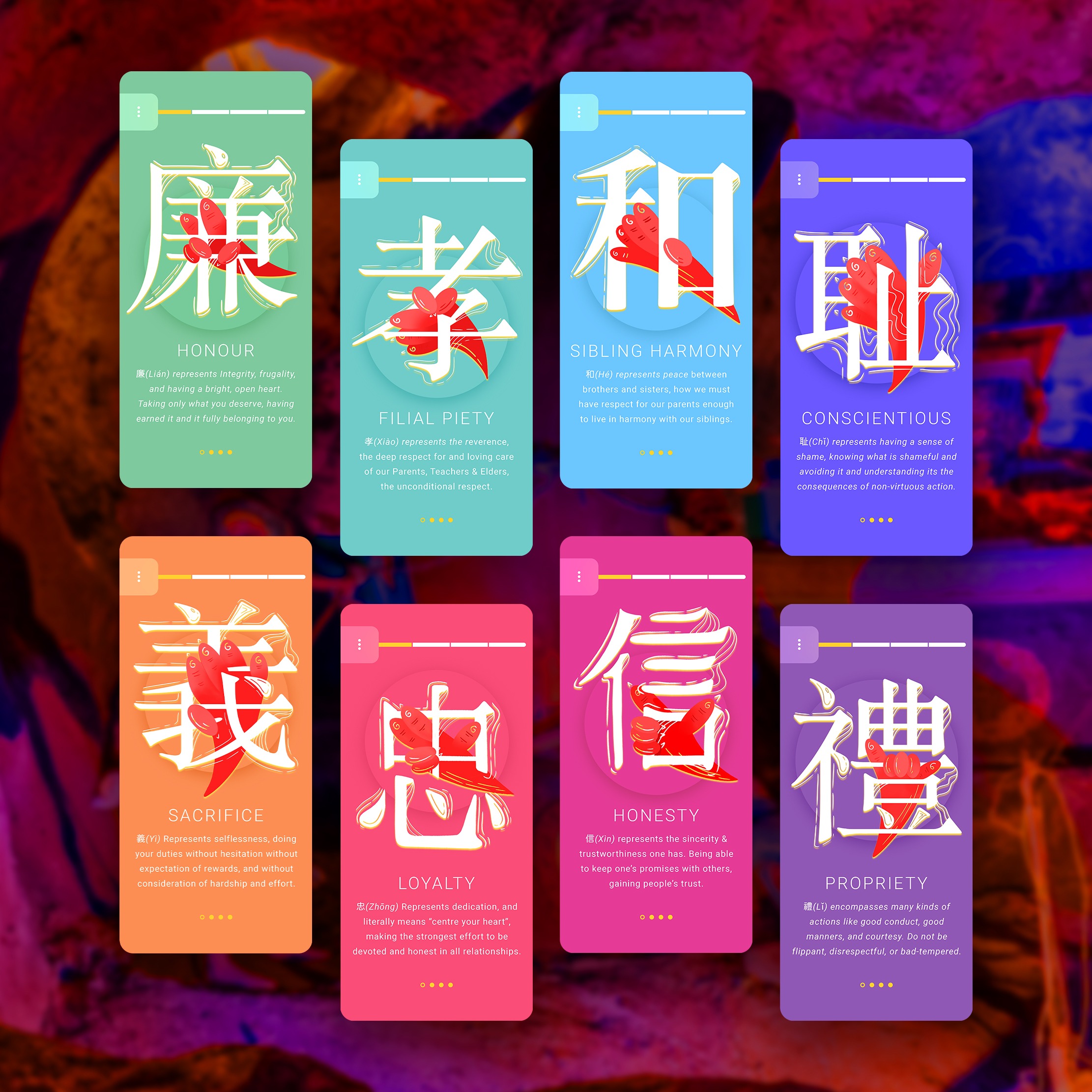 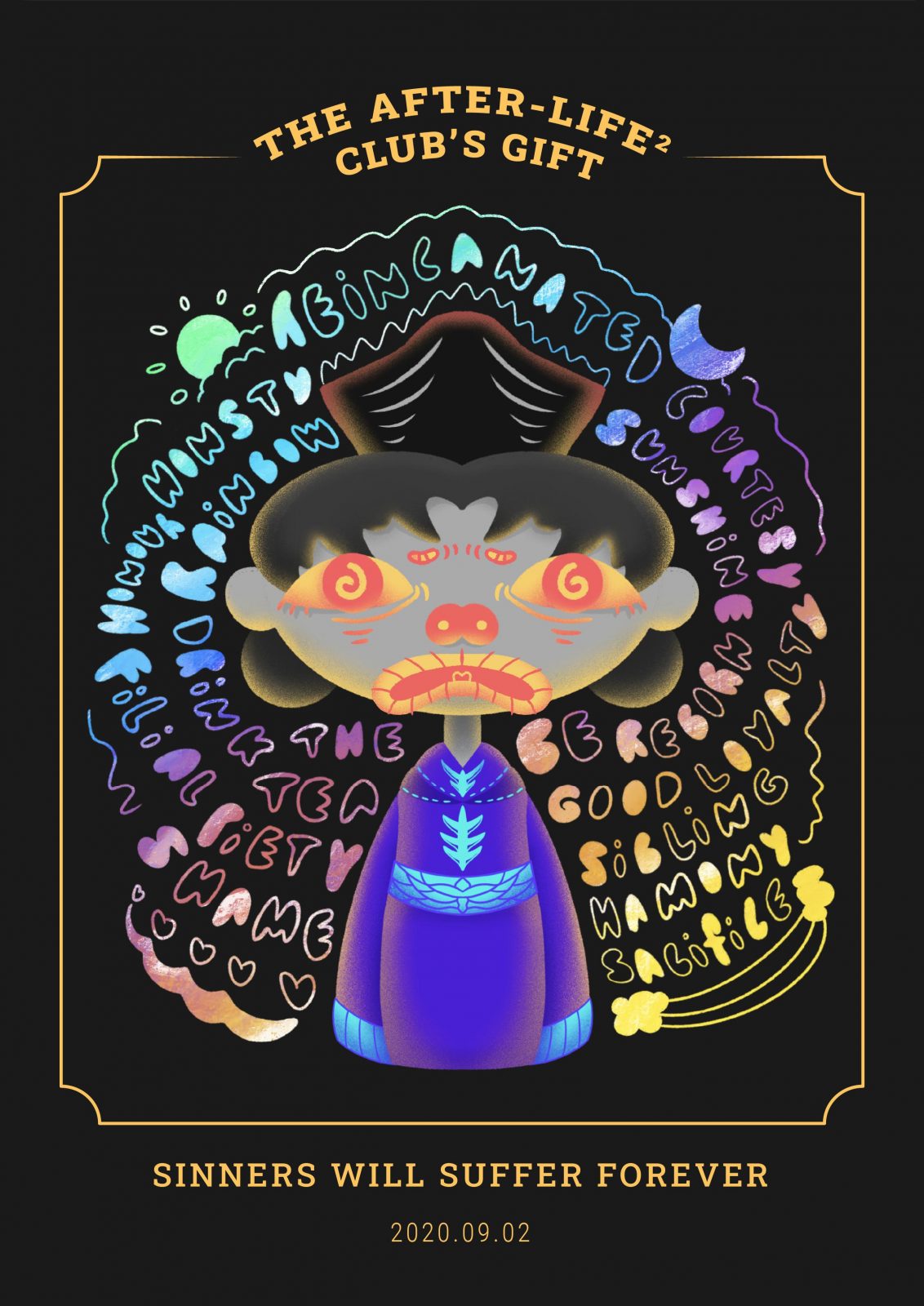 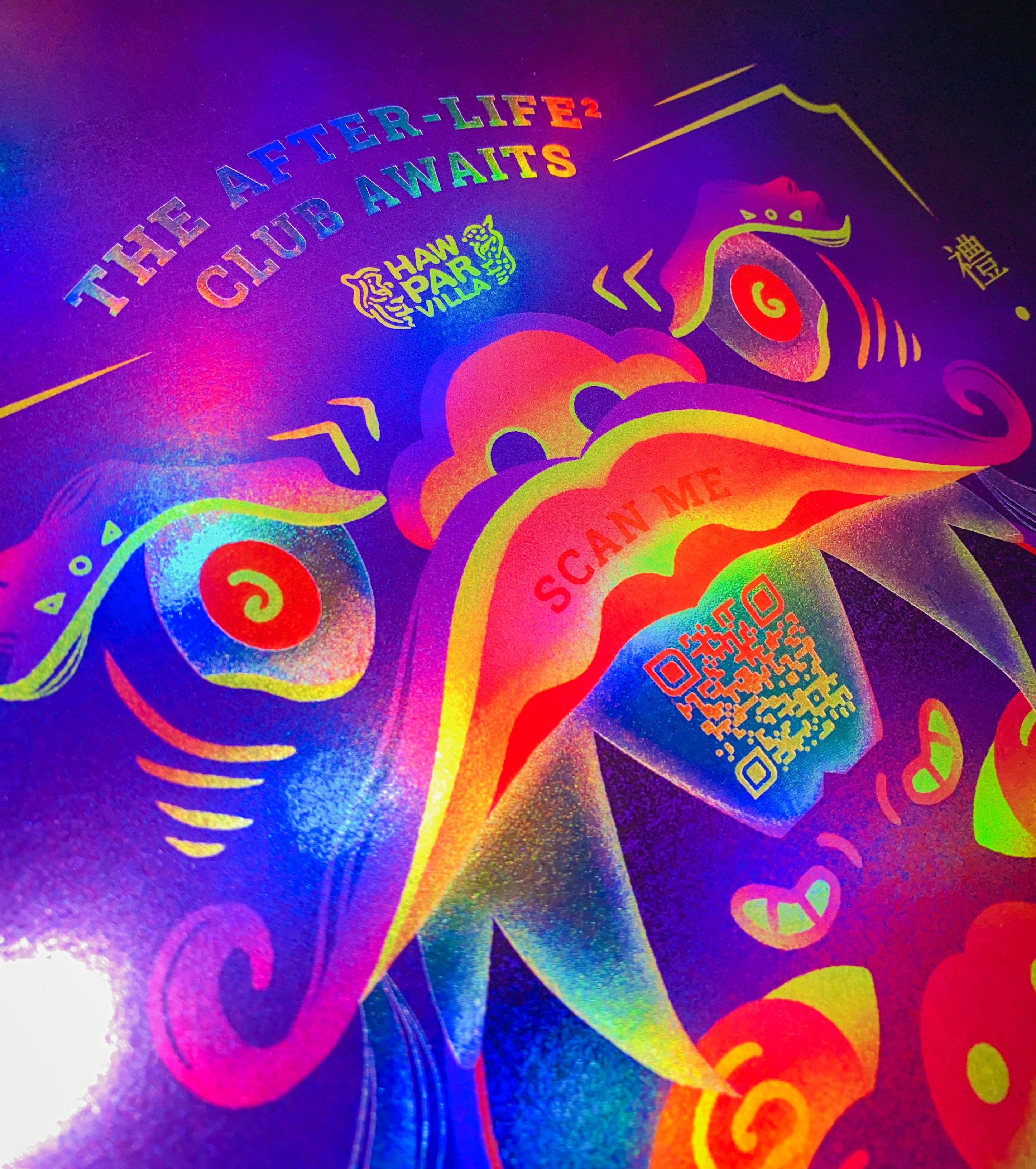 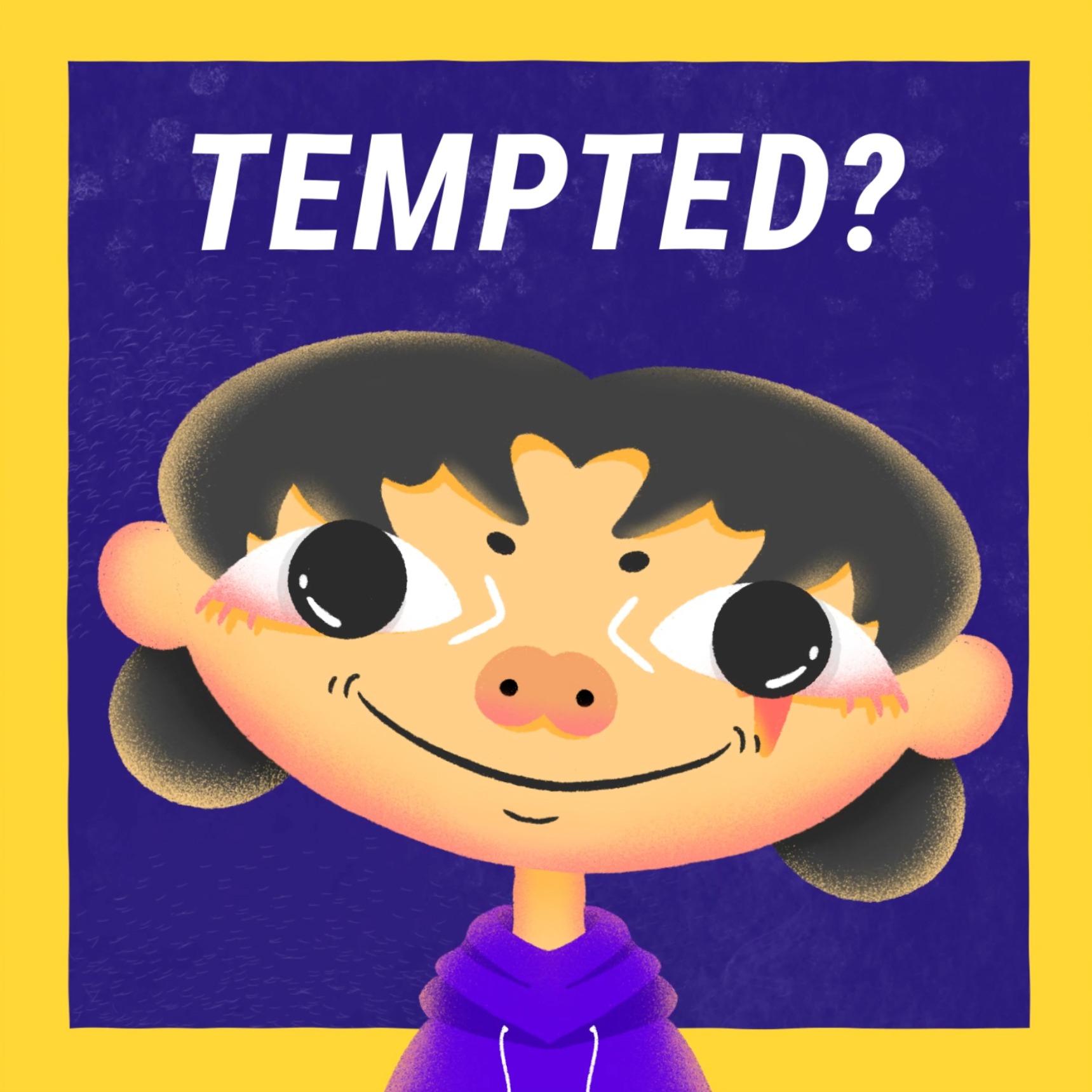 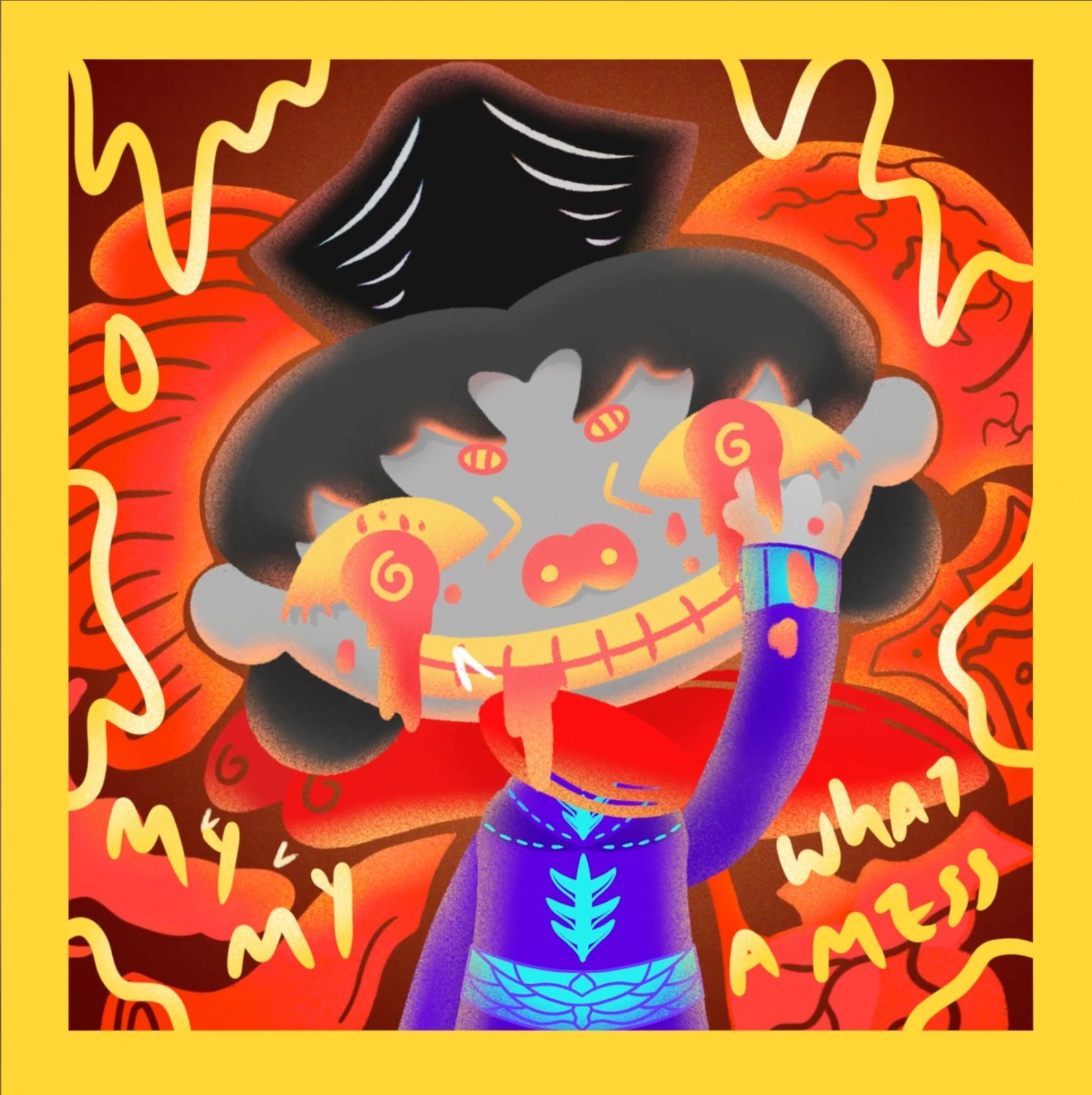 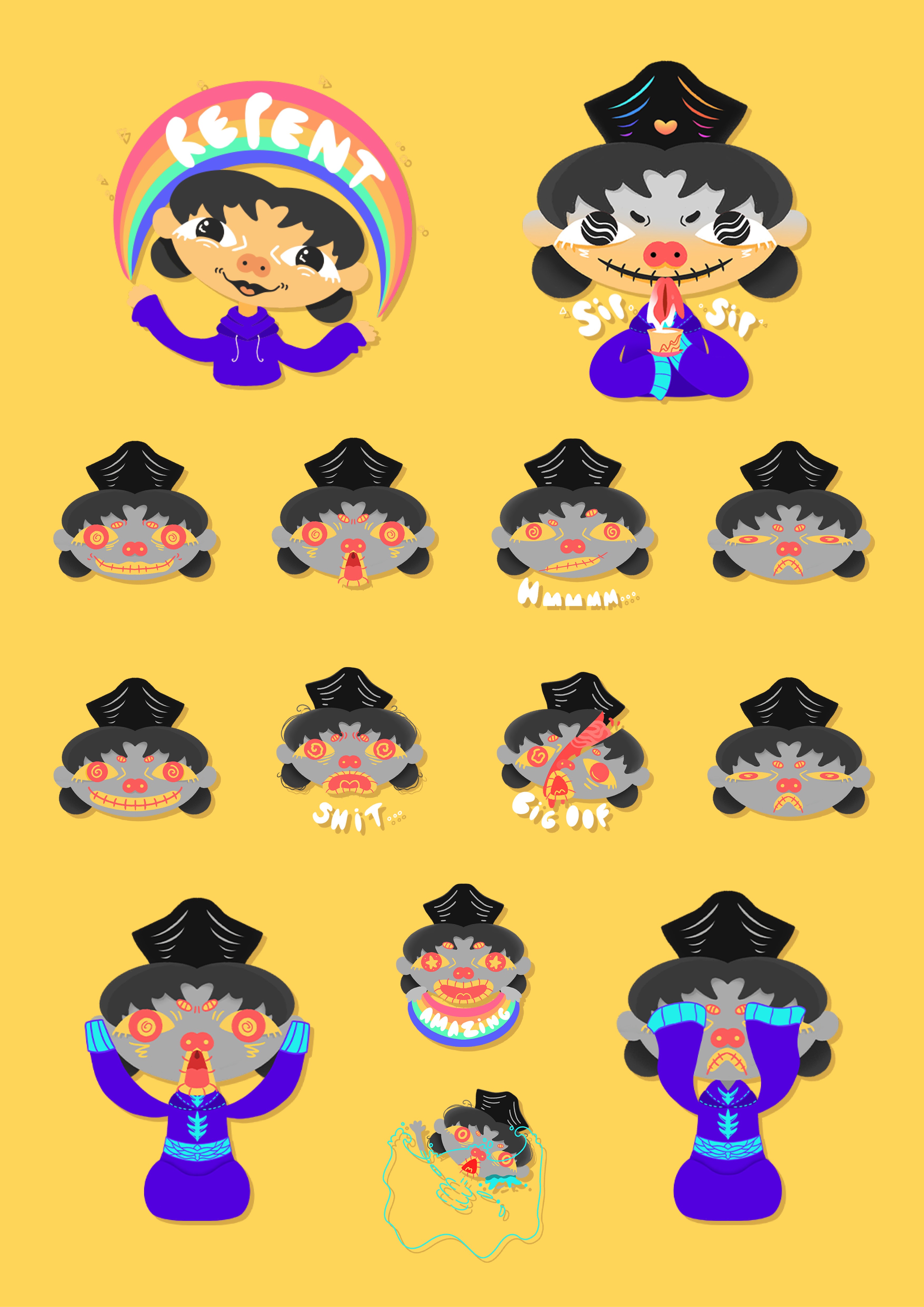 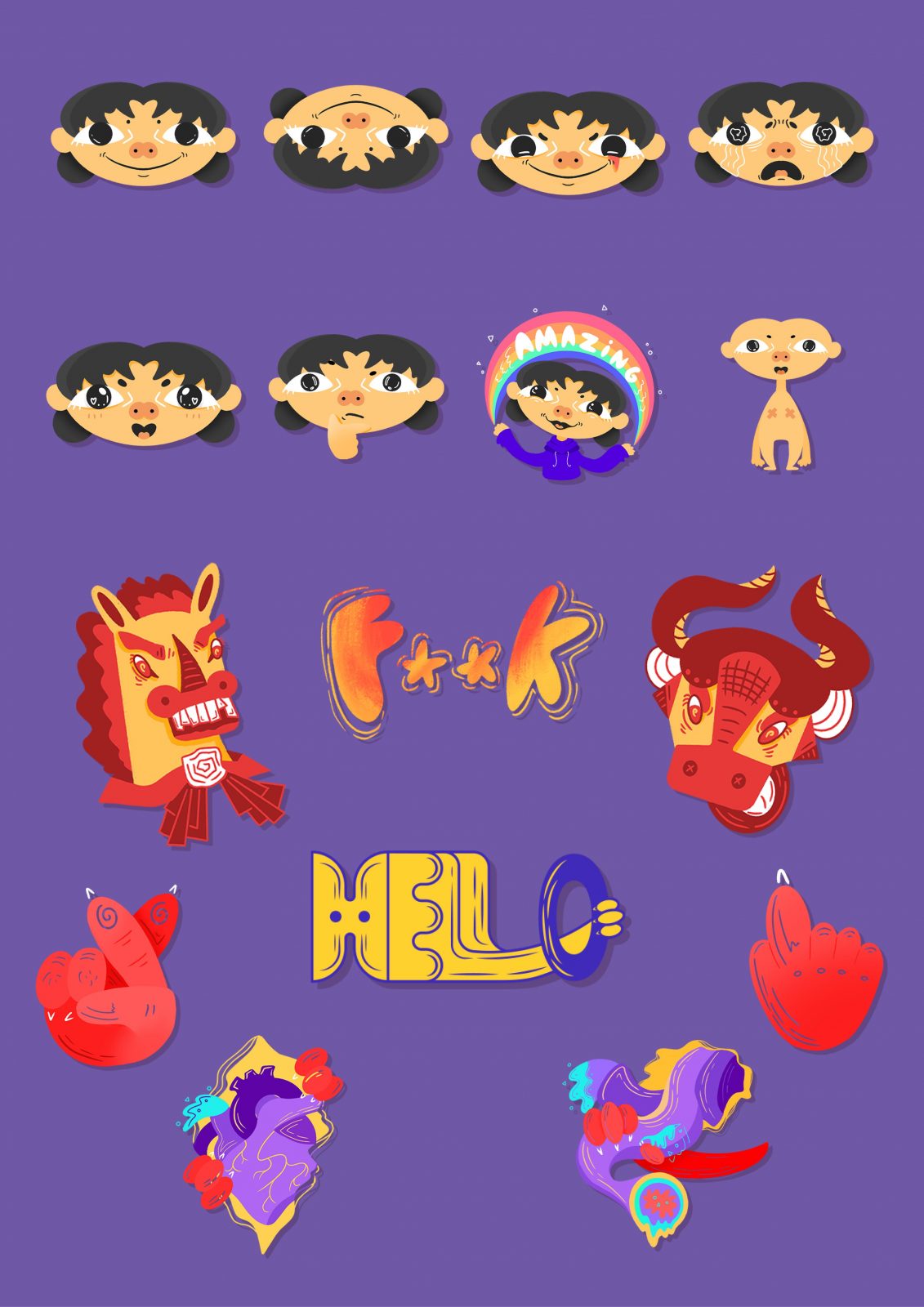