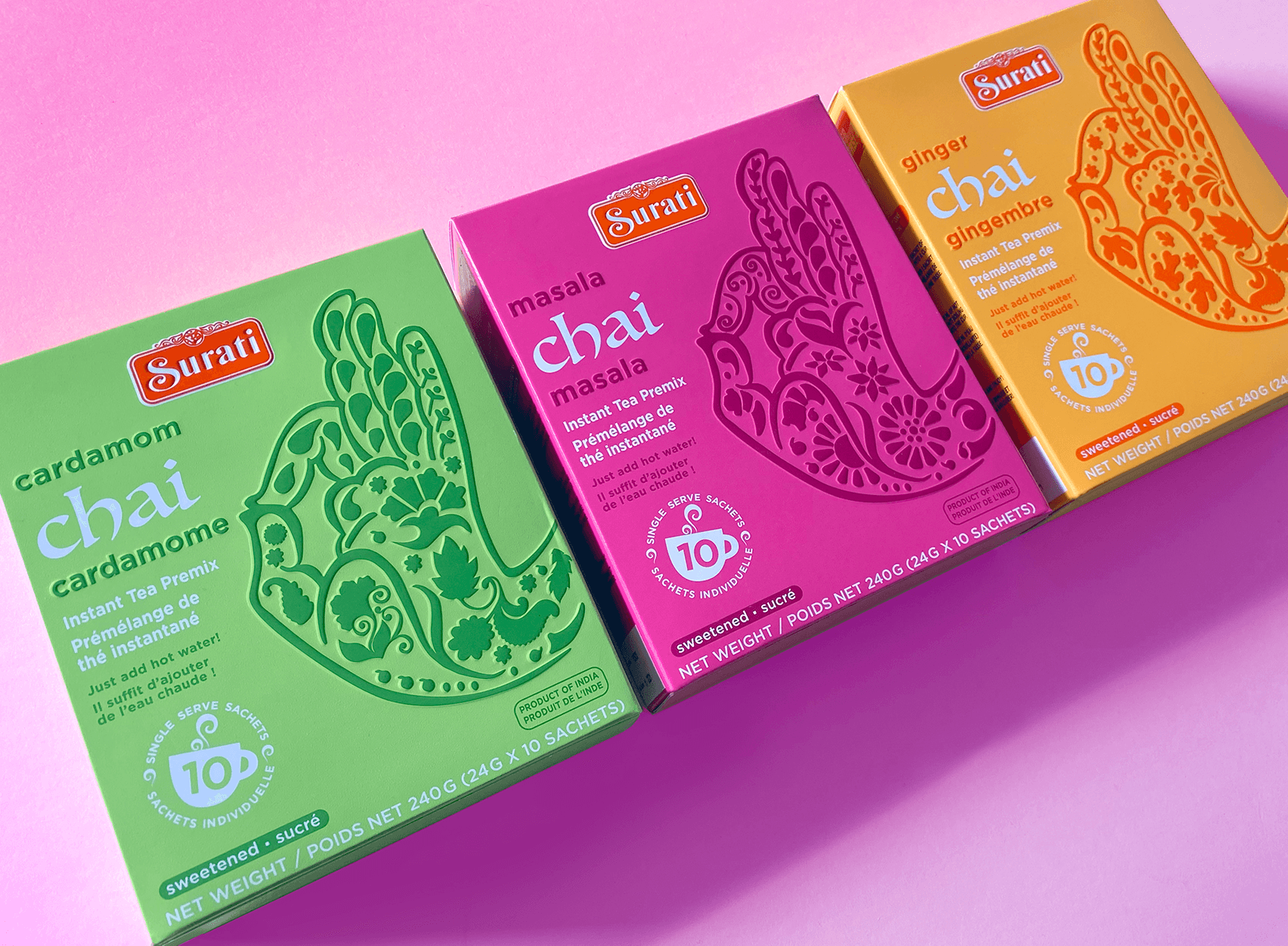 Surati’s roots are traced back to Kampala, Uganda, where brothers Harilal and Maganlal Sheth founded the company. The Surati brand quickly became famous in its own right in East Africa, and the business expanded as one store turned into three. An overwhelming demand for Surati products led to the grand opening of Surati’s first retail location in Toronto, Canada and manufacturing plants based in India.
Today, coming up to their 80th year in business they are still going strong and the business is being passed on to the next generation.

Studiobubble was approached by Surati Foods to create a new range of Chai Tea. Here the target market and audience were people who already knew the flavours of spiced chai but more for those who had never tried a spiced tea. The client wanted to introduce a new beverage line to their existing food and snack lines. These days everyone seems to have such a hectic lifestyle these will be great time savers for those on the run.
As this was a new direction for the client, the challenge of the brief for studiobubble was to create a design that would separate their product from the usual instant chai premix teas that already existed.

After research and figuring out structural problems – the original concept had a fold-out spout to allow easy access to the sachets inside but due to budget restraints was rejected by the client. It was agreed that it was time to launch a fresh and more colourful, vibrant look for the new tea lineup.

Our new direction was not only to become more vibrant – escaping the old dated ingredient imagery that is used so often to depict flavours in packaging but also was aiming to draw a connection between drinking tea and nature. So making it fun and new to the consumers. Each tea would have its own little visual nature story.

We avoided the use of teacups and went for bright colours to achieve maximum impact on the shelf. Individual illustrations based on Henna tattoos were developed to show the spices of each flavour. The concept behind the illustrations was to capture the essence of India and the natural ingredients. A short description was written for each flavour. It gives a brief background of the spices and their uses, while hopefully transporting the consumer to somewhere far away. To add to the impact we added a tactile feel too, by embossing the illustrations and having a matte background with spot varnish. An initial three flavours have been released with another four to come. At the moment Cardamom seems to be the most popular.
The illustrations have become so popular, they are being rolled out to cups and promotional material. 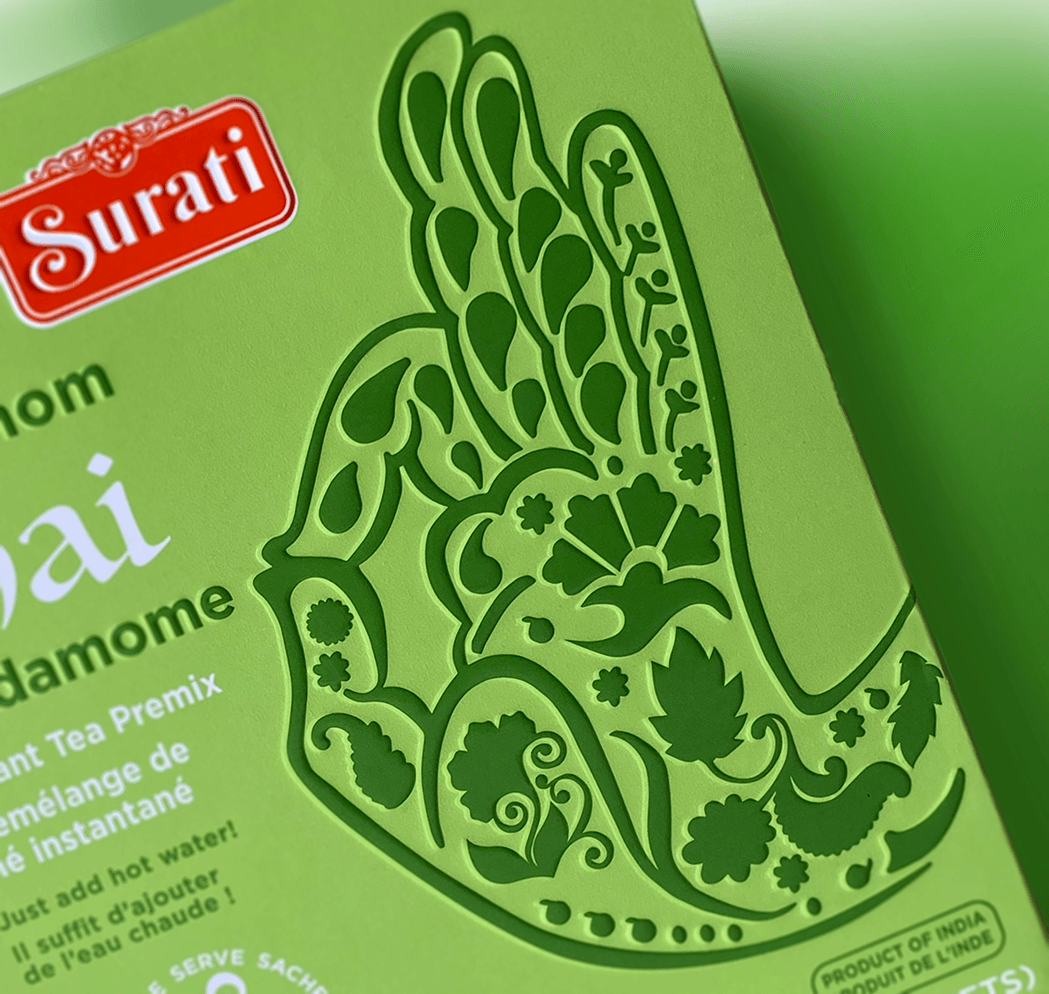 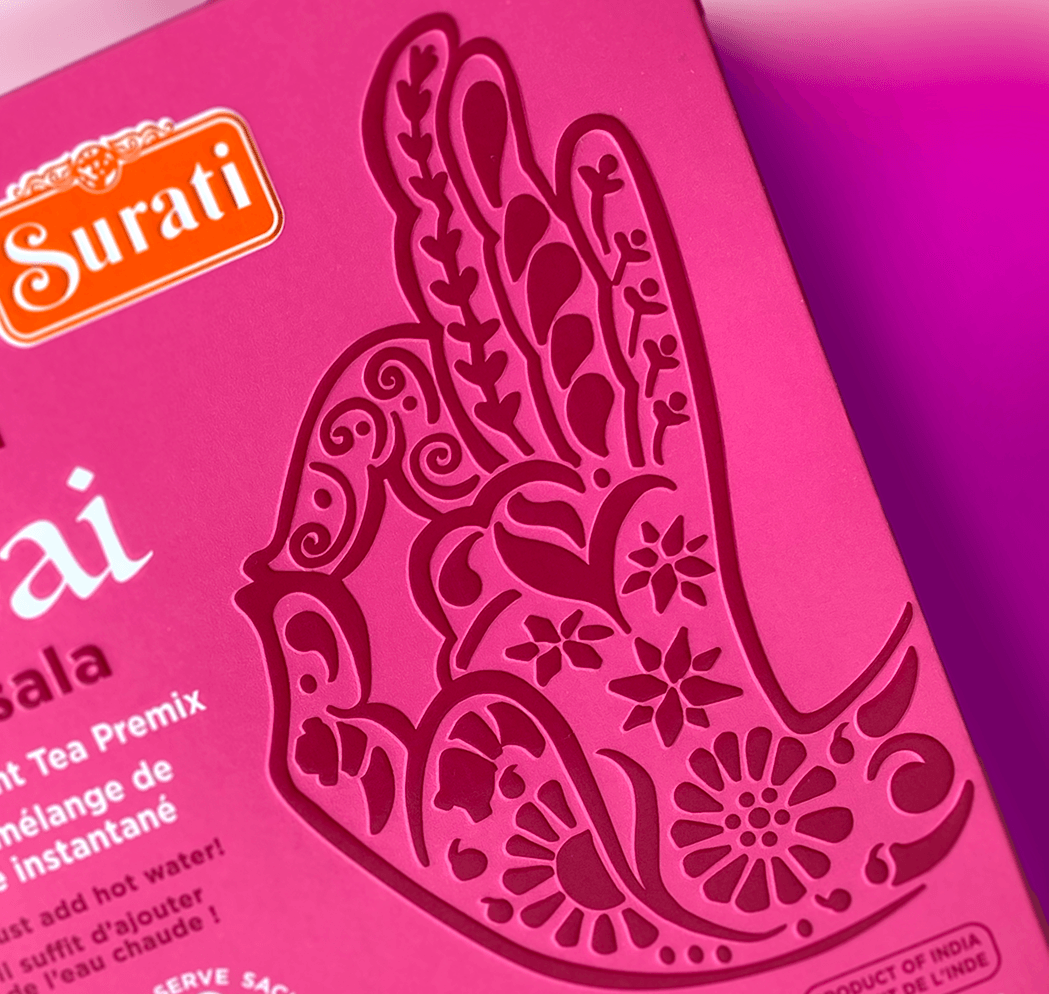 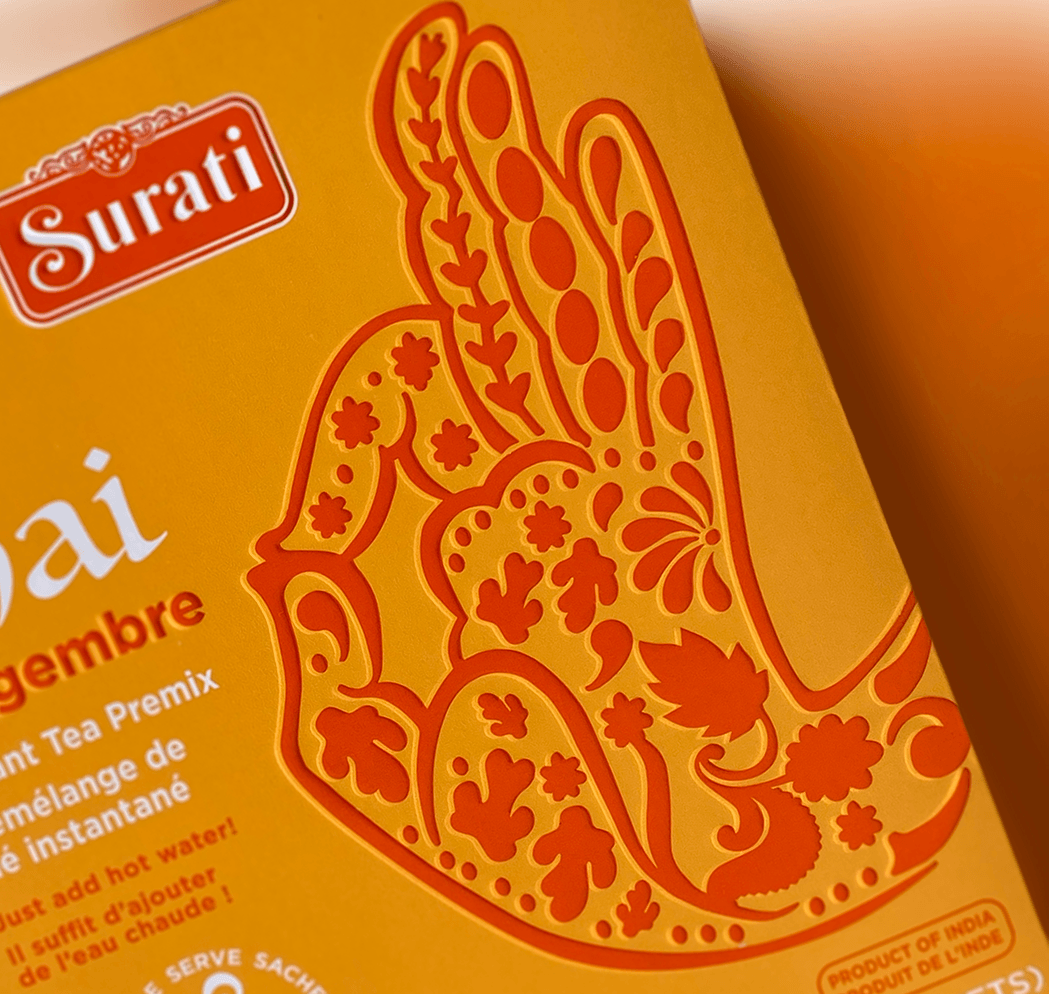 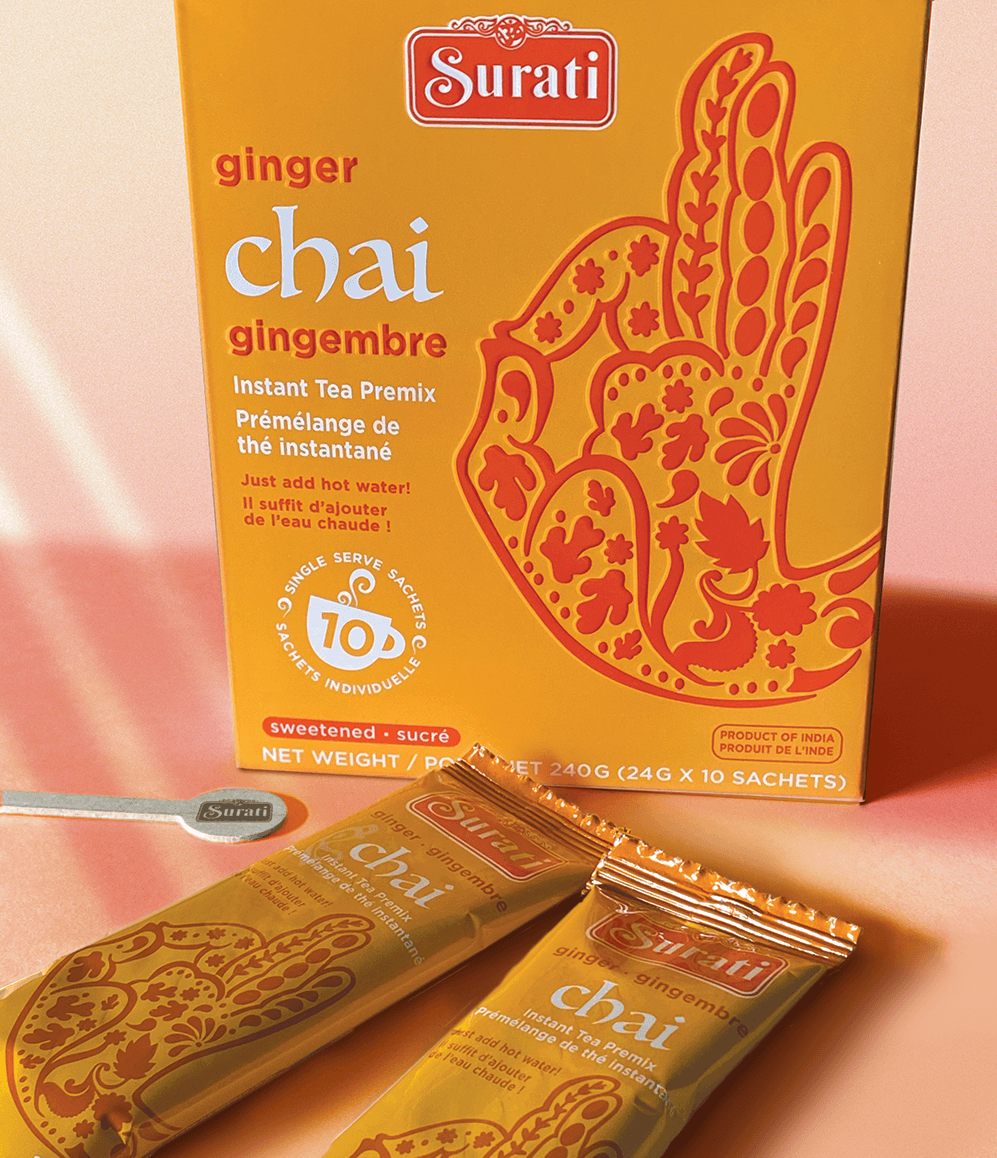 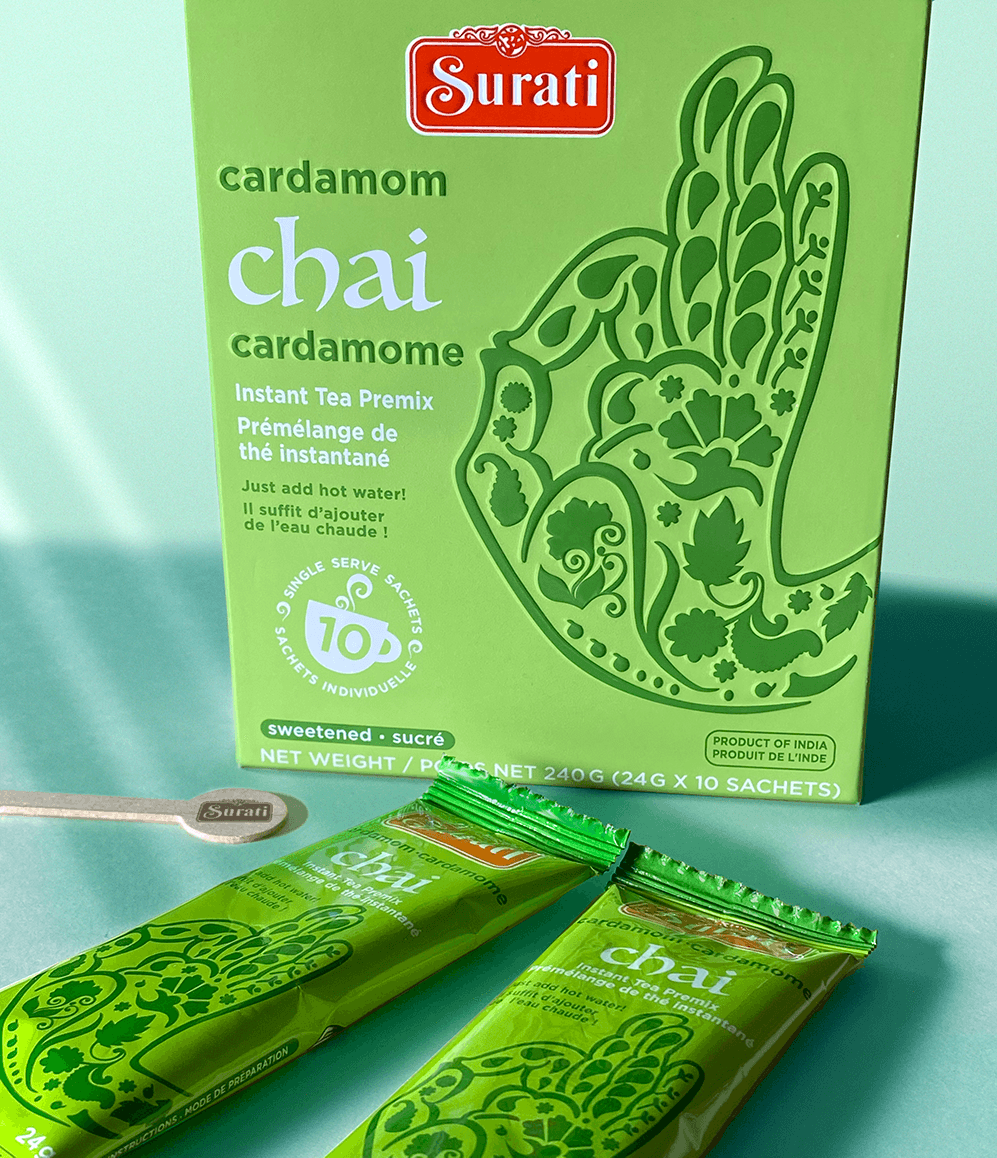 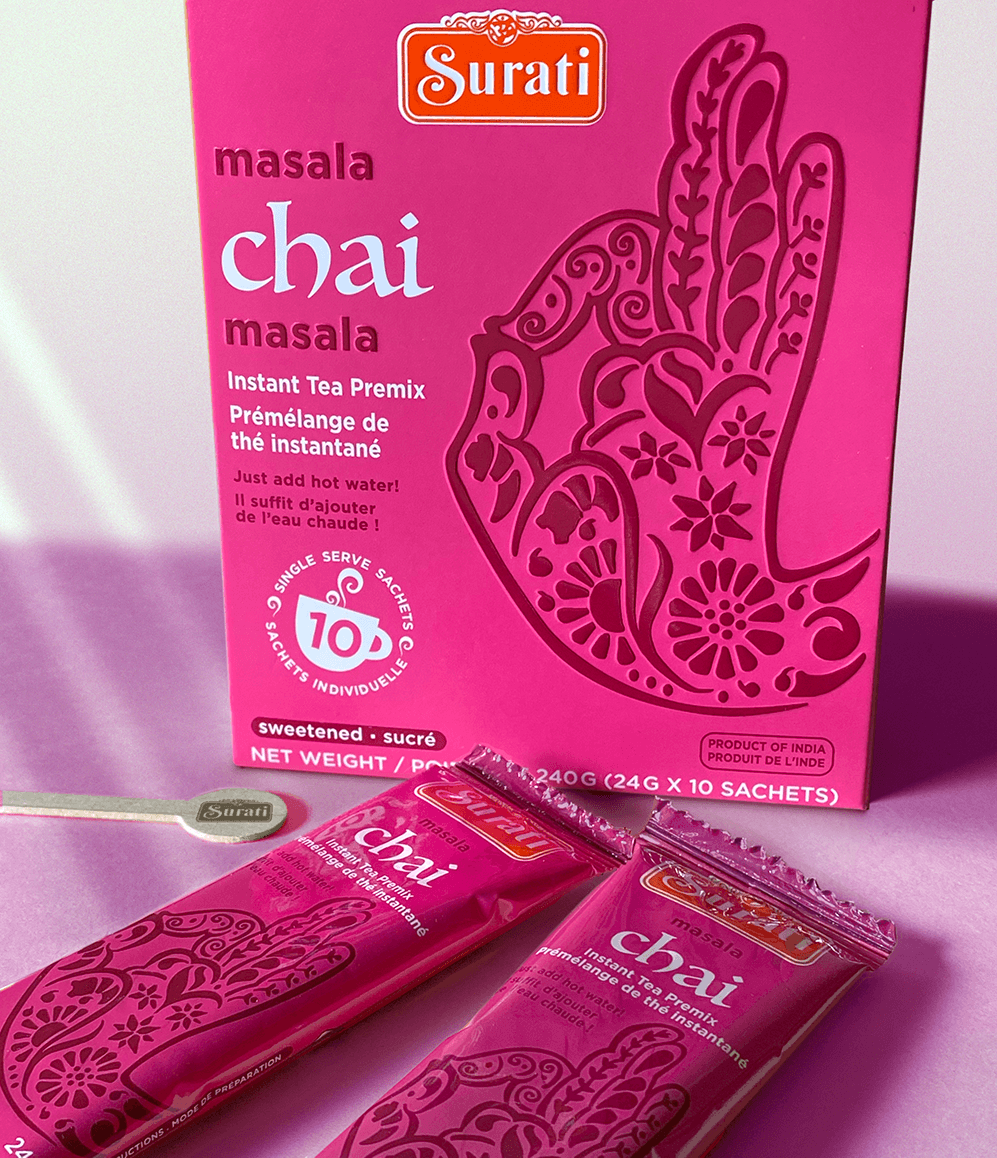