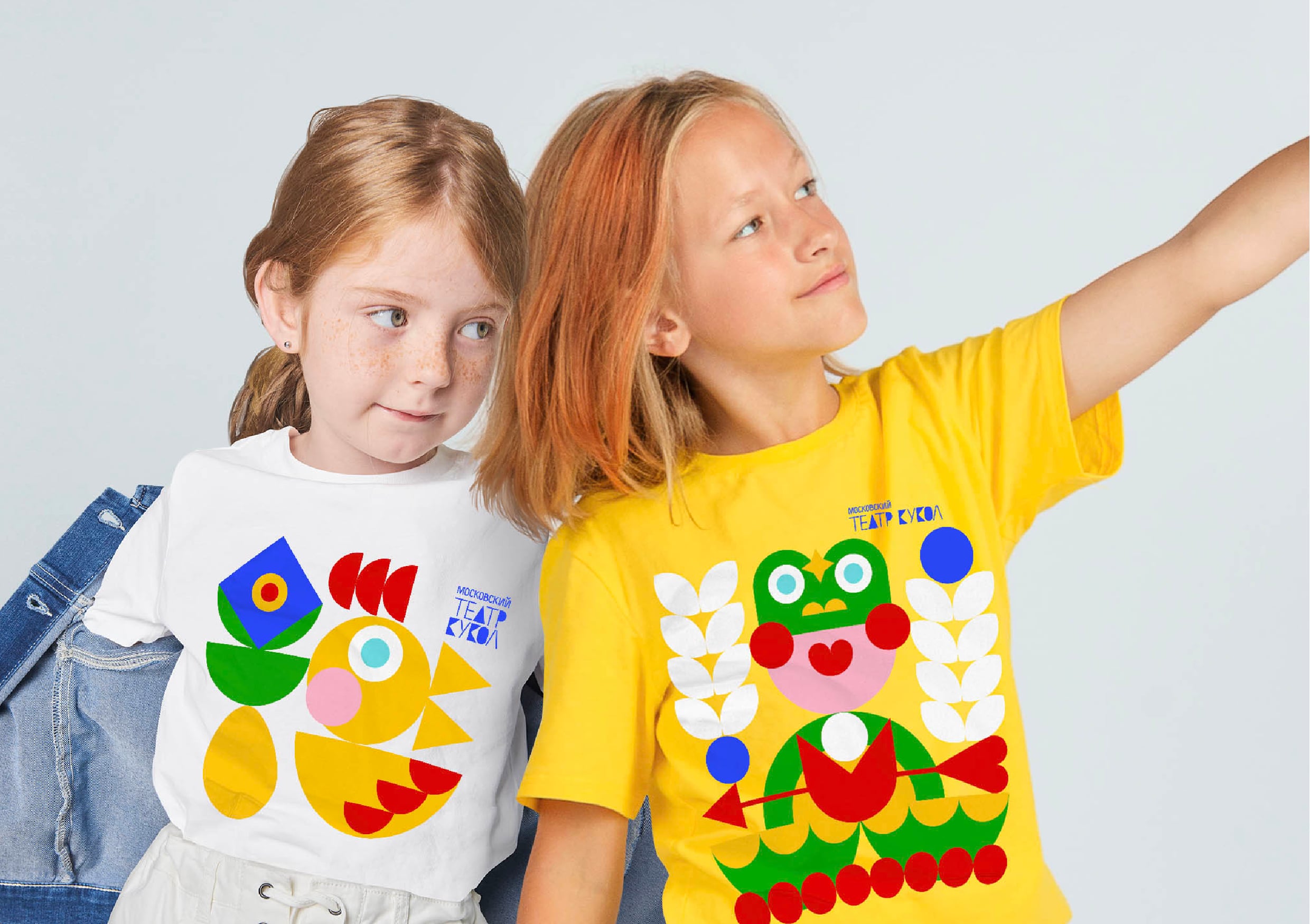 The Moscow Puppet Theater, the oldest professional puppet theater in the capital, was founded in 1930 as the Children’s Book Theater. The theater mainly hosts performances for children from 1 year old.

The theater has a problem: there is no unified visual style system. The theater has an educational function, as it teaches children goodness and mutual assistance. The Moscow theater is a friend for parents and children, and it should also be magical, since the line between animate and non-animate objects is blurred for children.

Concept idea: The whole world is a game of children’s imagination. The main task of the project: to create a simple and understandable system for constructing elements without losing the childish magic of the puppet theatre. We take a simple educational game – constructor as the basis of the style. Thanks to our imagination, we use simple elements to assemble characters from the facade of the theater building from the work of Alexei Tolstoy “The Golden Key, or the Adventures of Pinocchio.” From this constructor, we also collect characters from other productions. Keeping the general style of the characters, the main color is green and adding additional colors to the palette, we create a system for the theater and build a whole world around it.

Since the Moscow Puppet Theater encourages children to read and write and to educational content, display numbers and punctuation are in addition to the identity, which are embedded in the text and in the style system. Children’s games were developed: puzzles, constructors, cubes, which will be sold in the children’s puppet theater. 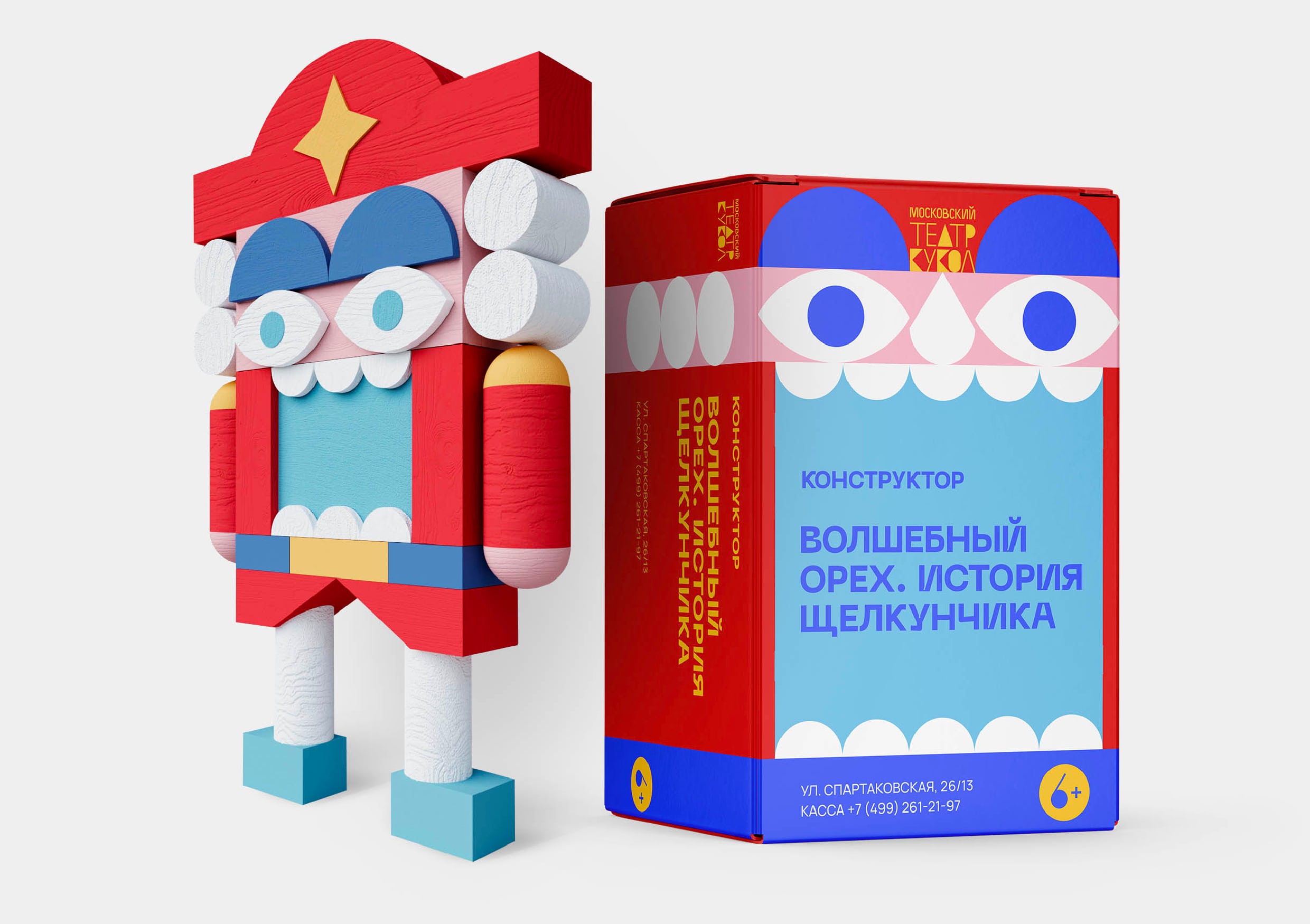 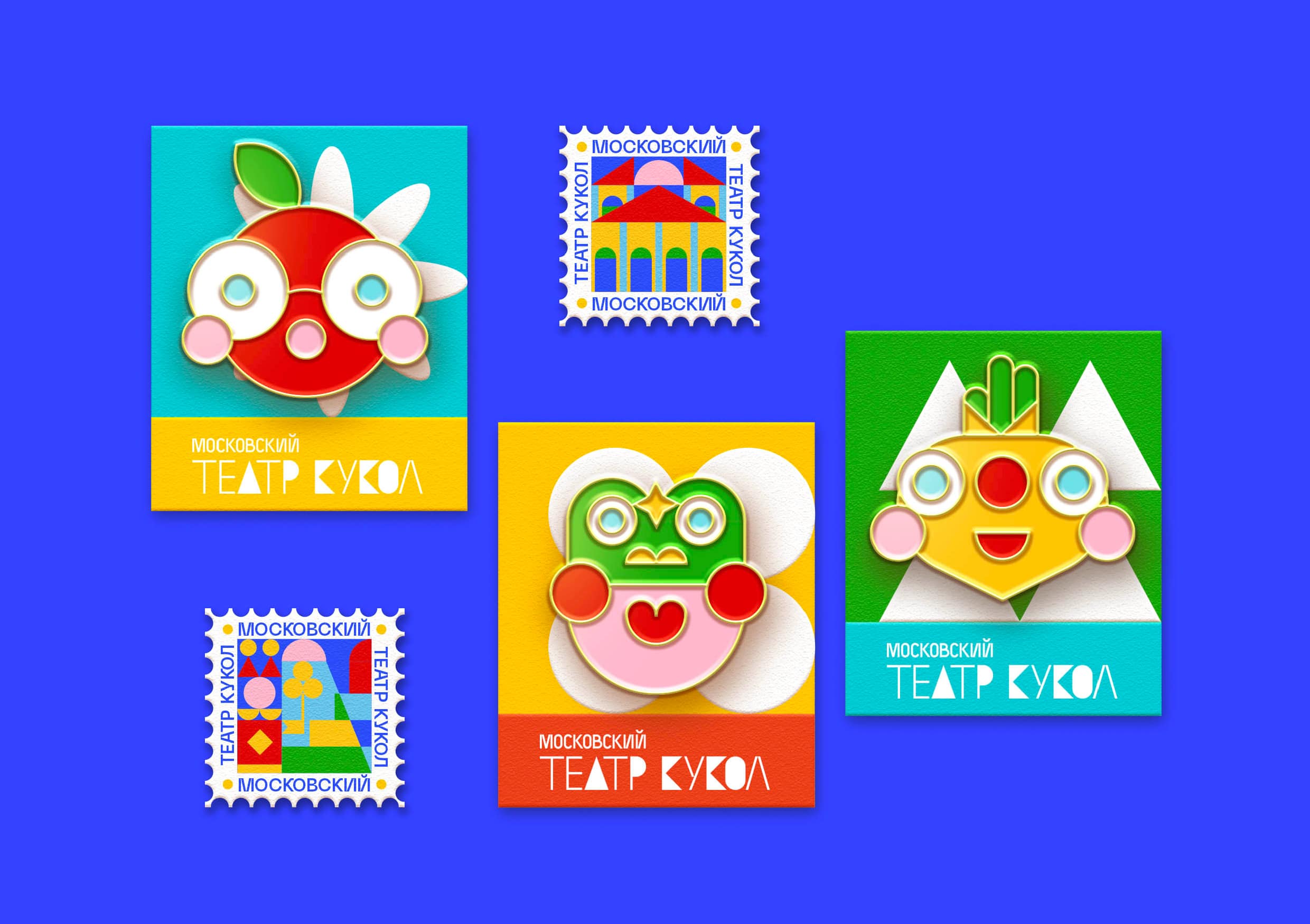 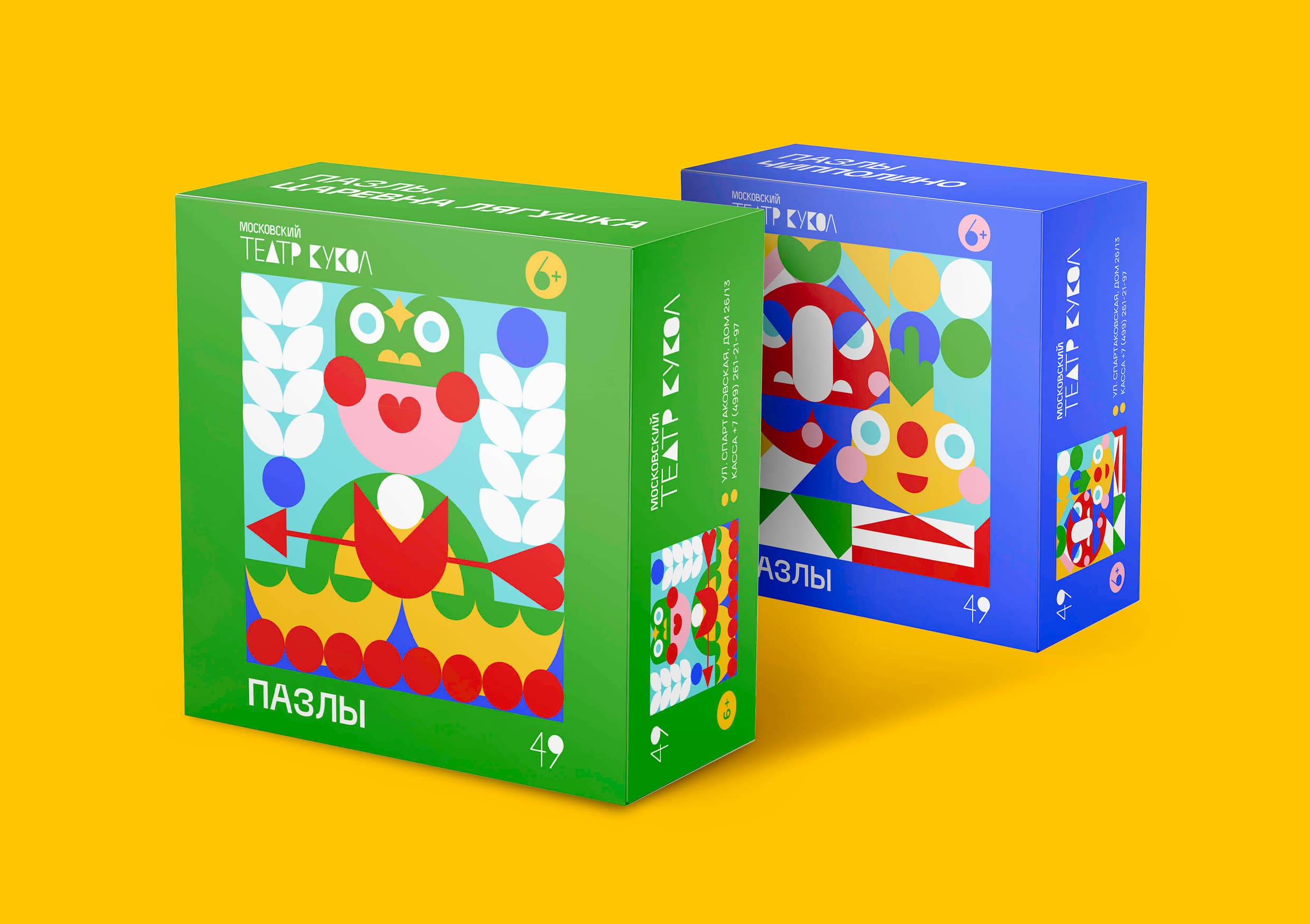 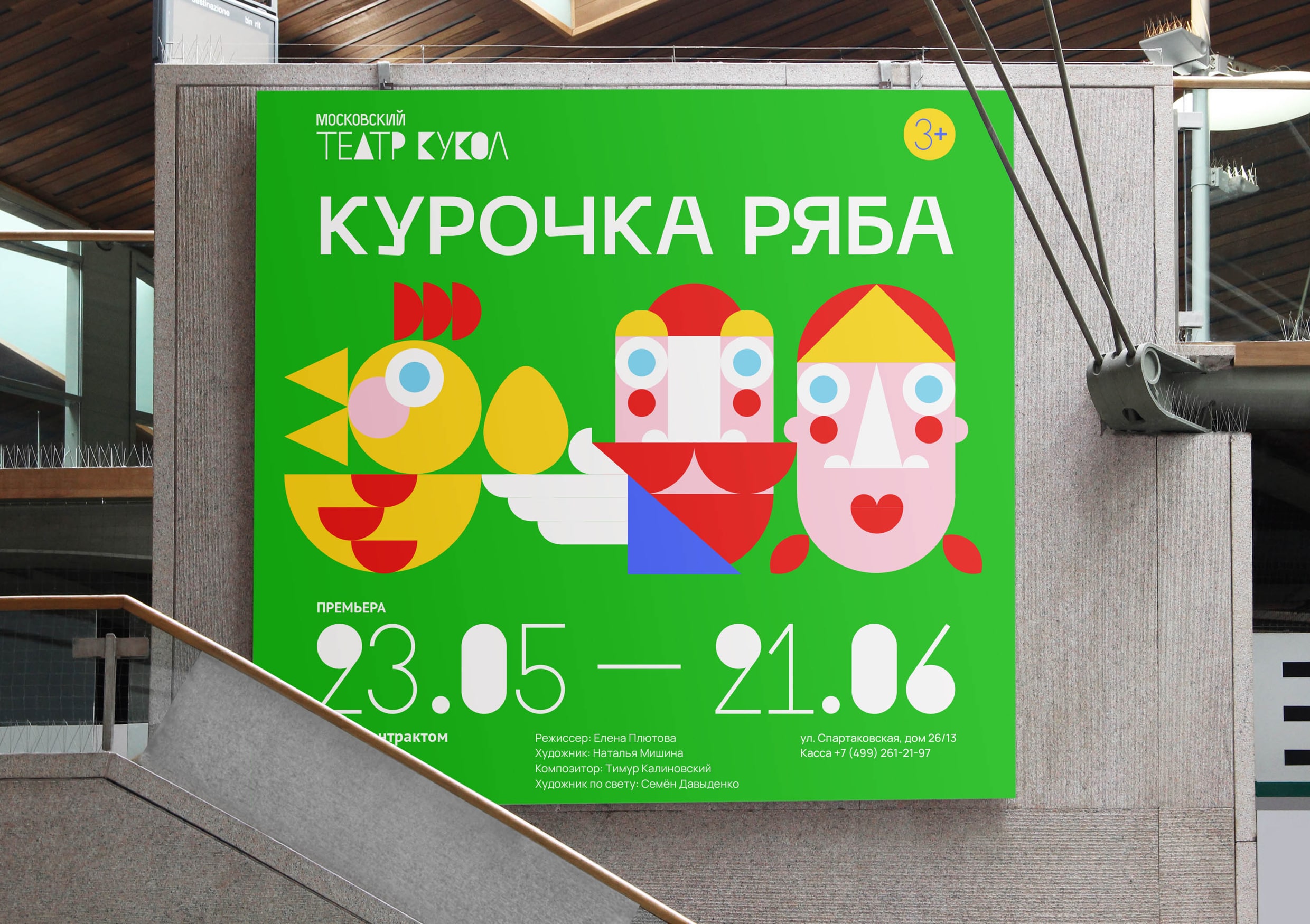 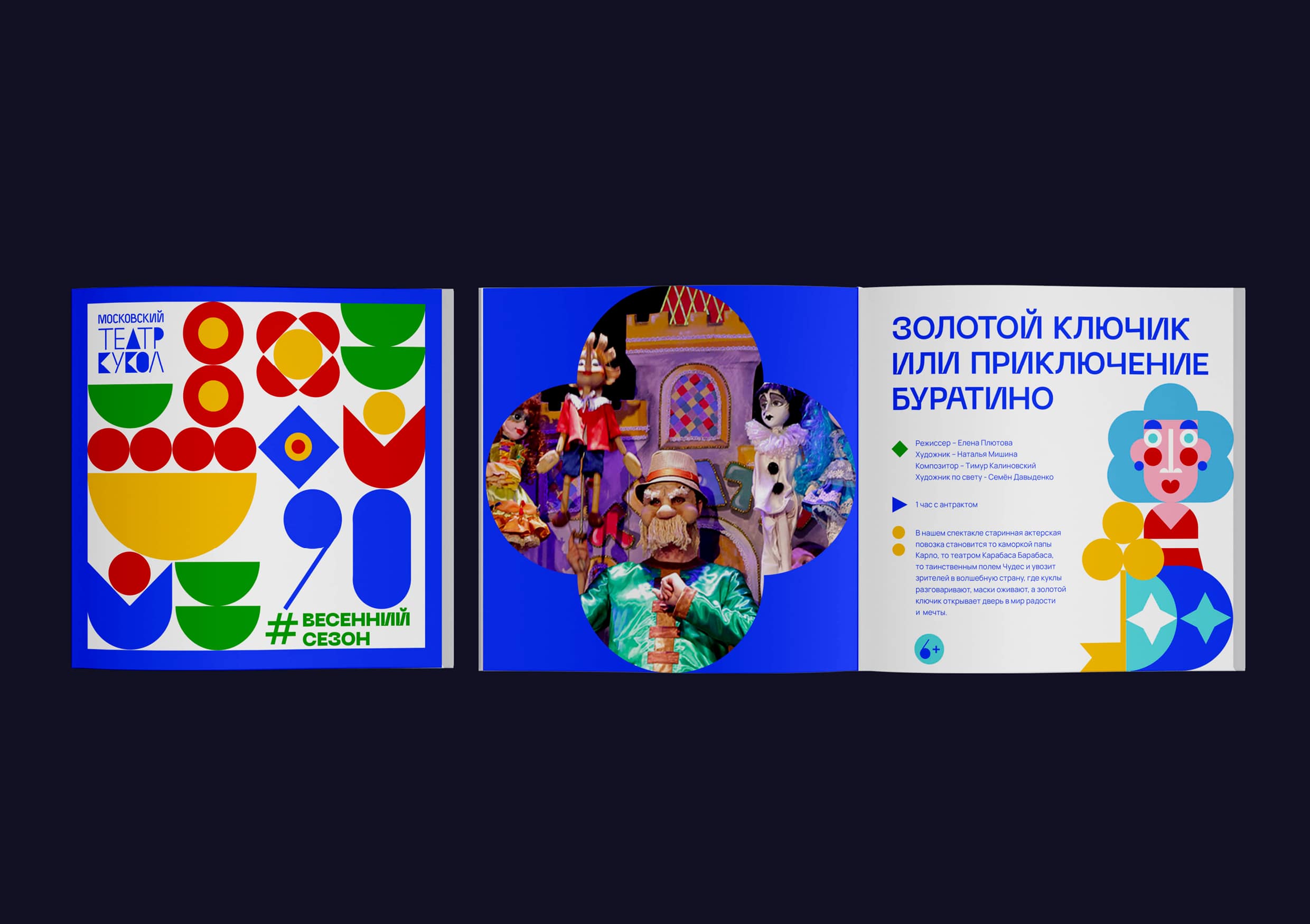