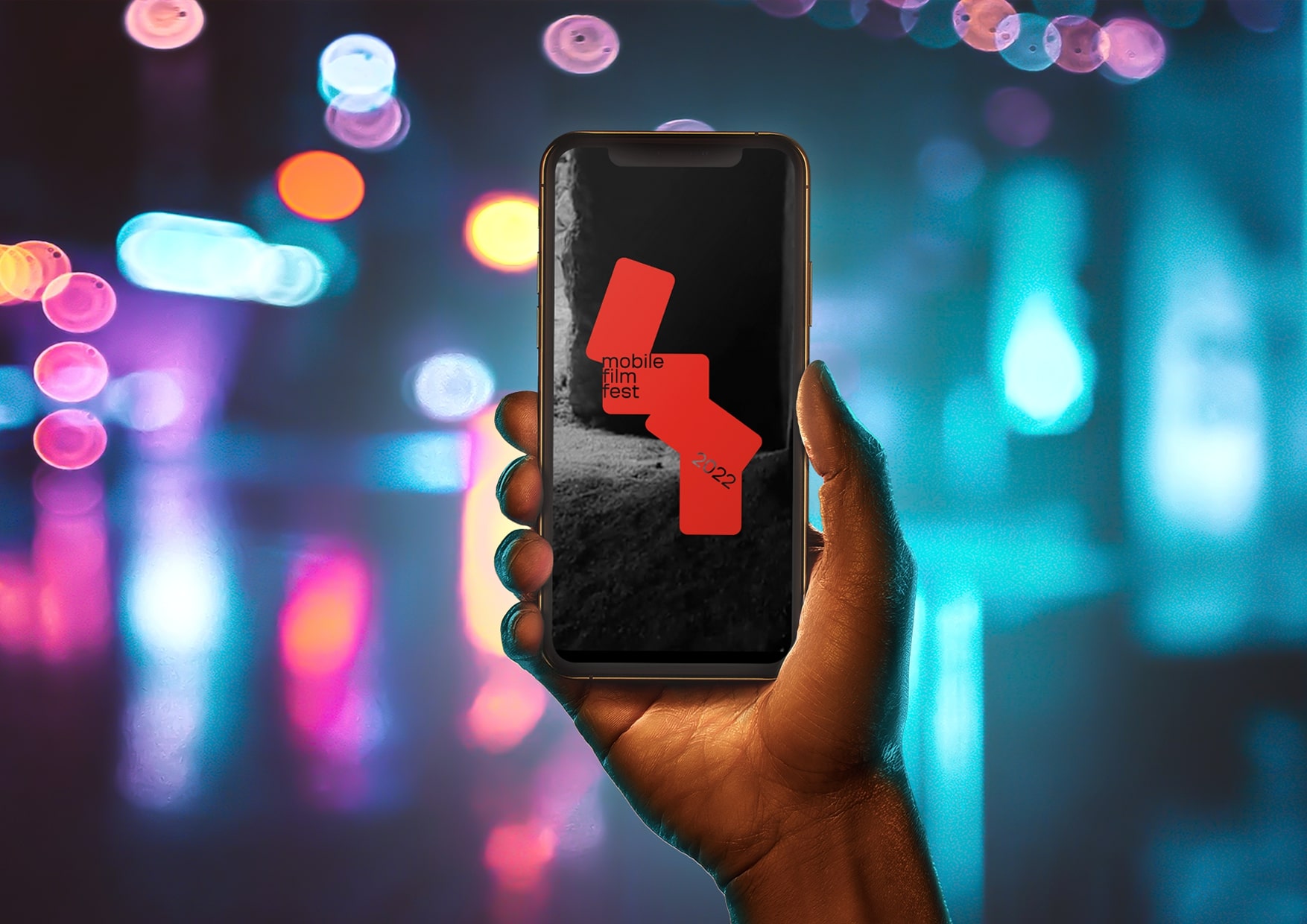 The mobile film has given young filmmakers the opportunity to make their voices heard. Lacking the necessary resources, but having an irresistible desire to express their opinion, they found in mobile film an opportunity. Today, when almost all media space is censored, nonprofessional filmmakers can raise forbidden topics and help the heroes of their works to speak out. This way of the young talents is not only creatively interesting but also humanly brave.

When shooting on a mobile phone, we constantly have to turn it to find the best angle. By taking several of the same mobile phone silhouettes and trying out different ways of layering them on top of each other I found that new and bizarre shapes emerge. The resulting images became the basis of the festival project’s identity. These forms have a variability of combinations, which is very convenient when applied to different surfaces. One of the modules has a fixed horizontal position and is a frame for the festival name, and the year of the festival can be applied to any other module at will.

To enrich the graphics it is also possible to use inversion, in this case, the shape consisting of silhouettes of a phone will turn into a frame in which you can see a frame from the film. I chose red as the colour for the project, as it corresponds to the colour of the record button on the phone. And the frames from real mobile movies were the perfect background and addition for the logo. In this project, I used the Coil type by the Brownfox company. 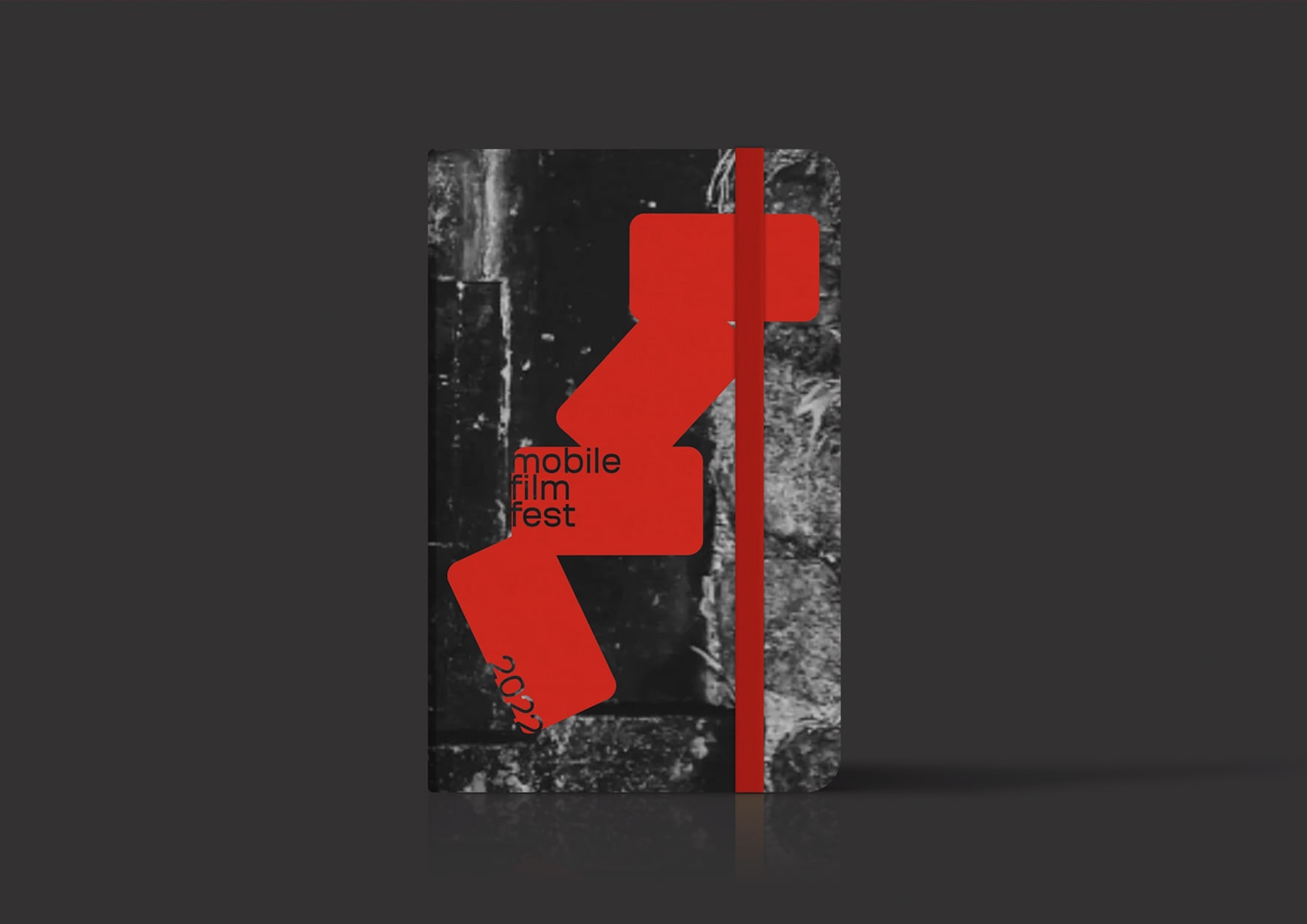 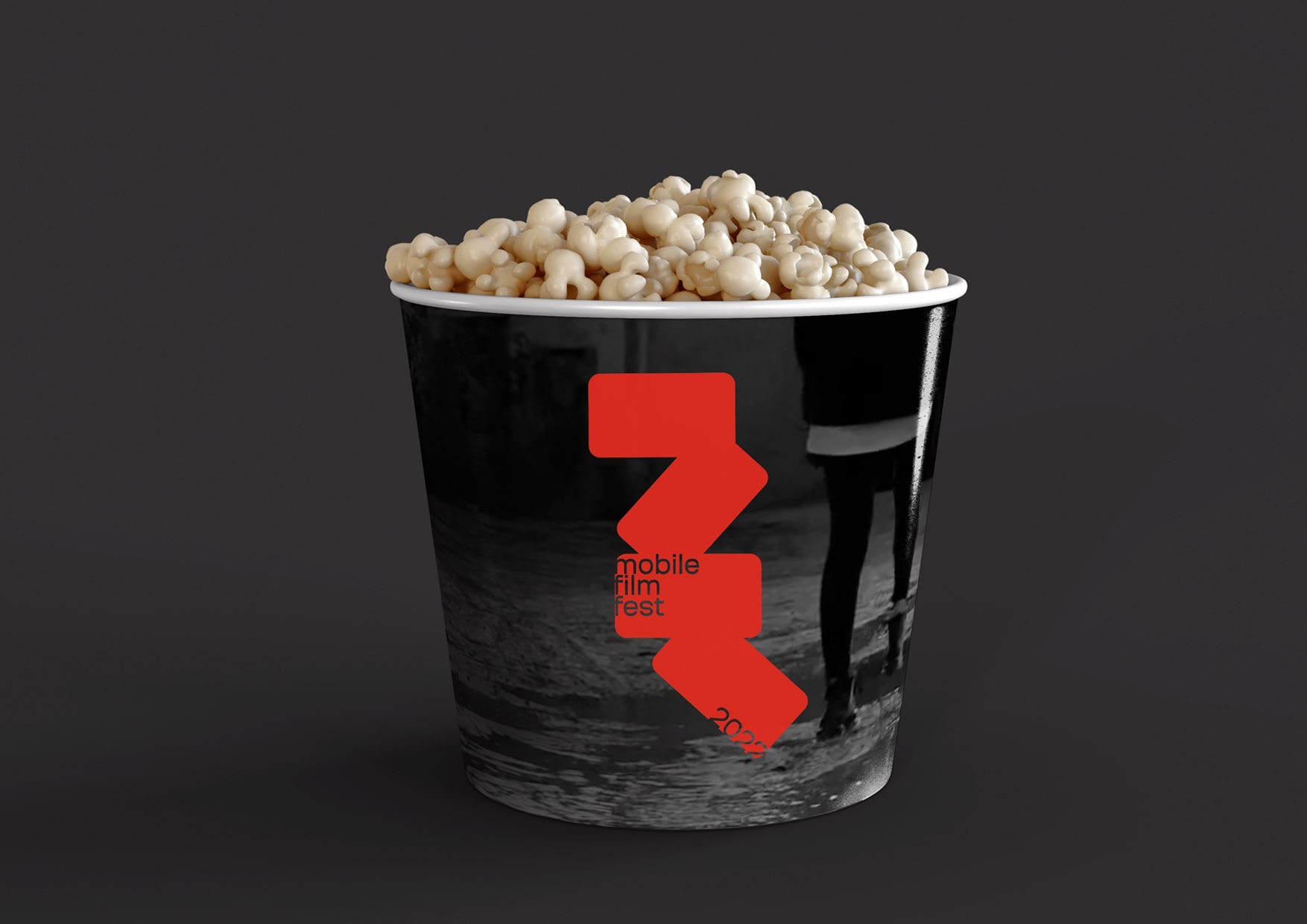 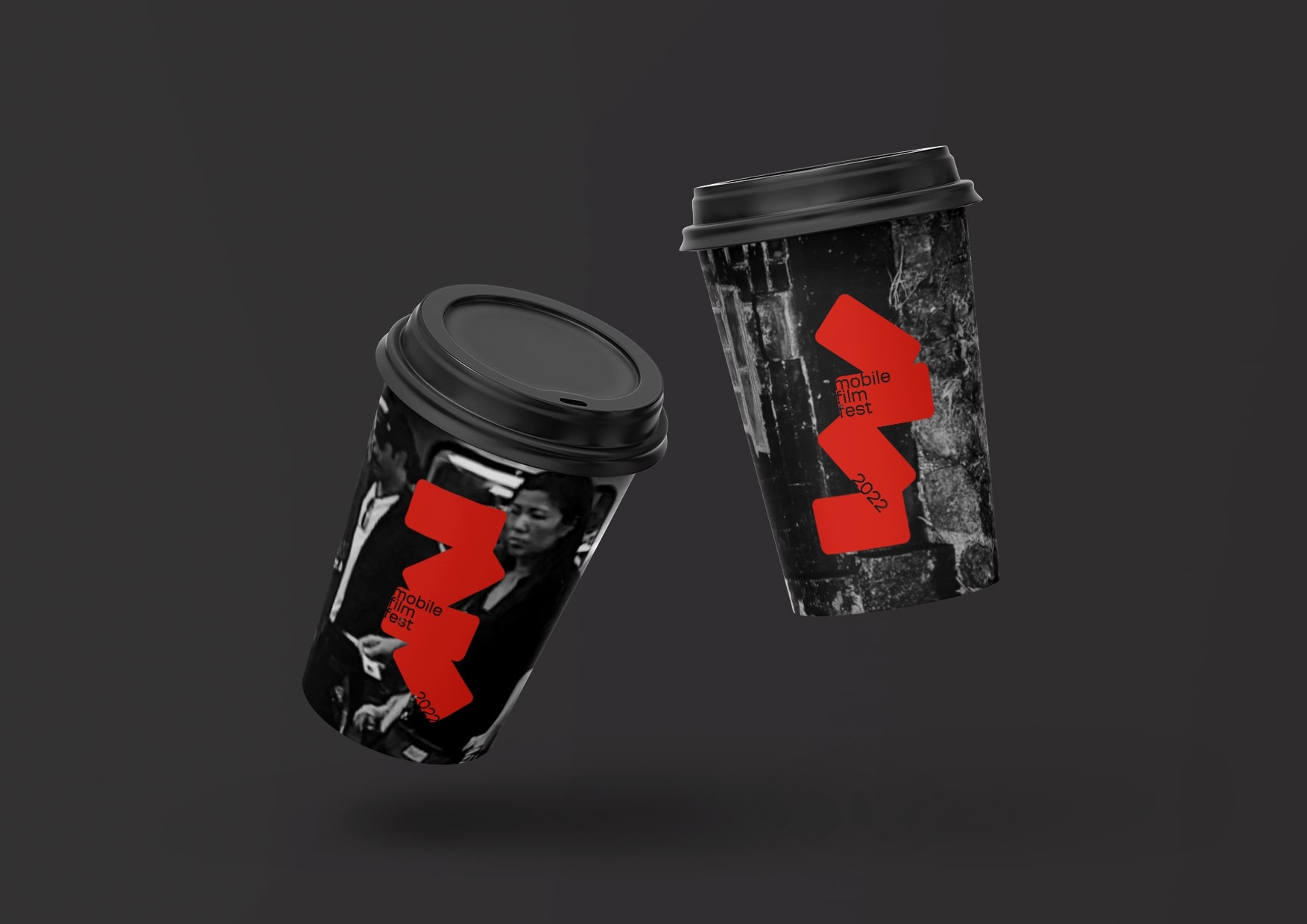 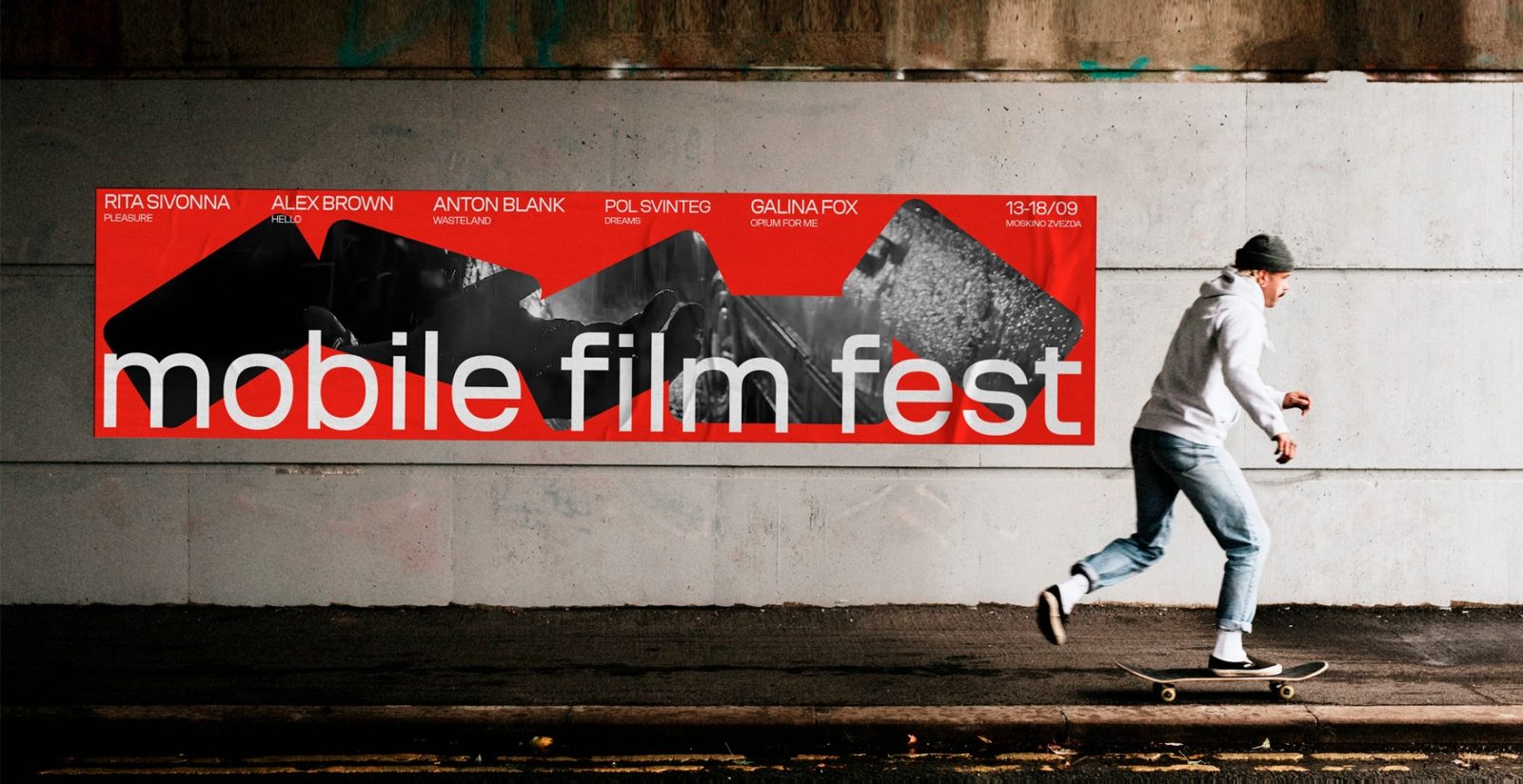 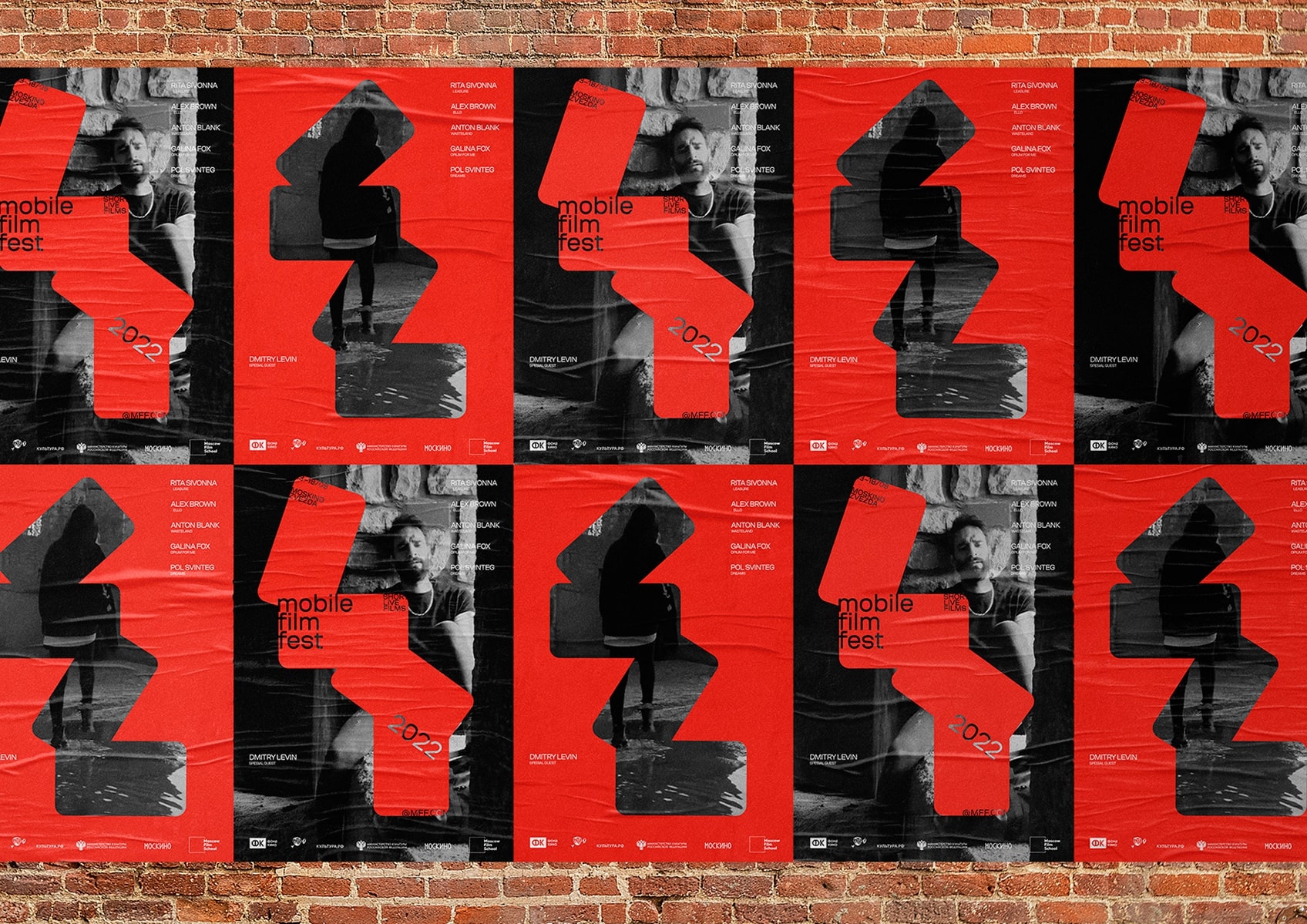 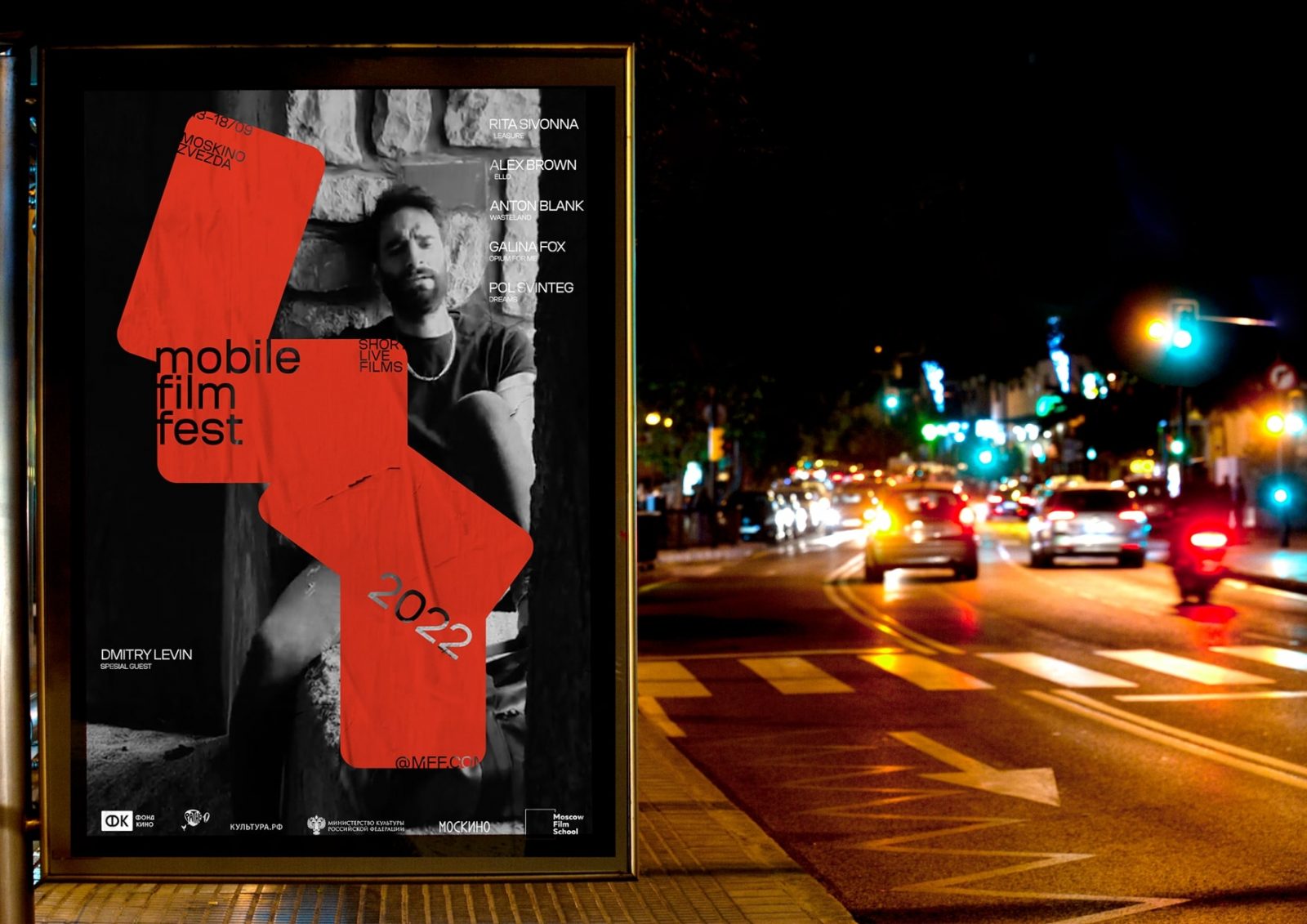 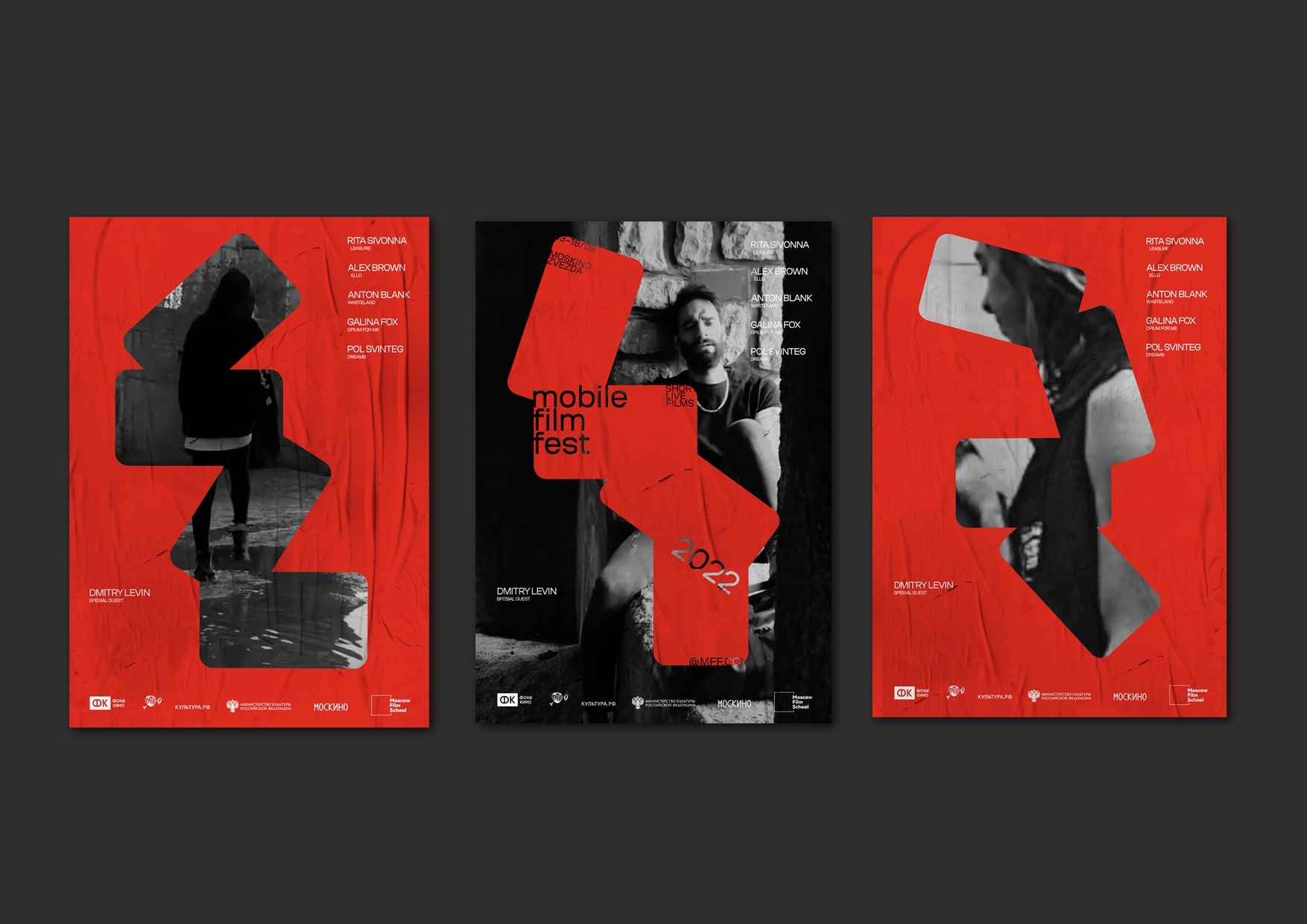