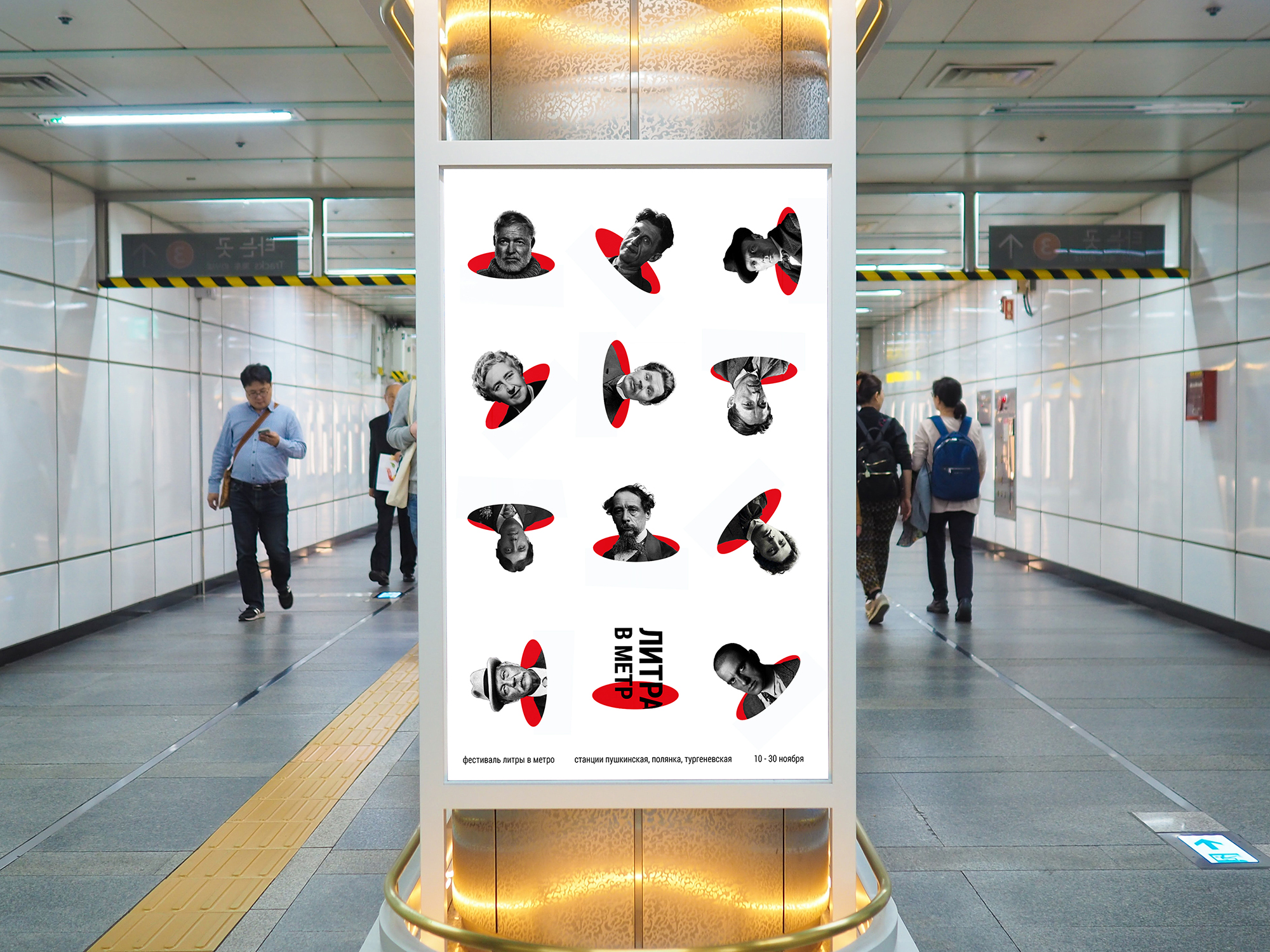 Litra (short for the Russian word “literature”) in metro is a literary festival in the Moscow underground. Trains depart quickly out of the tunnel, and then just as quickly disappear in the next one. And passengers who get off trains at their station move in various directions, which creates a chaotic movement.
I took these two metaphors as a basis for the image of the underground. Tunnels through which trains pass and chaotic directions of passenger movements.

As a visual display of literature, I used images of writers and quotes from their most popular works.

By combining these two visual metaphors, portraits of writers and quotes from their most popular works, they became the trains disappearing into tunnels. The chaos of passenger traffic is reflected in the different slopes of both quotes and photographs of the writers.

The logo of the festival is called “Litra in the metro”, which, like all other elements, enters the tunnel. 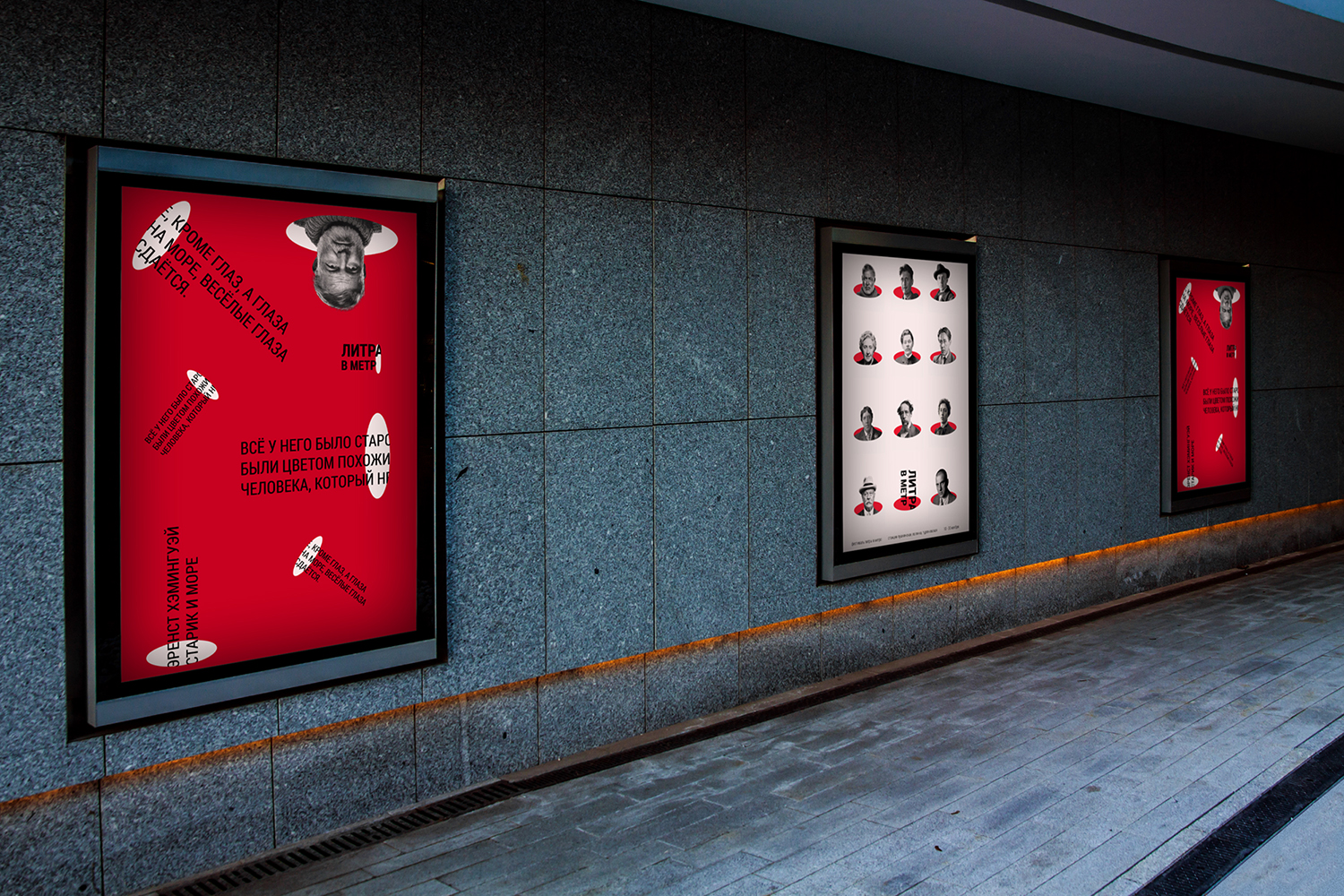 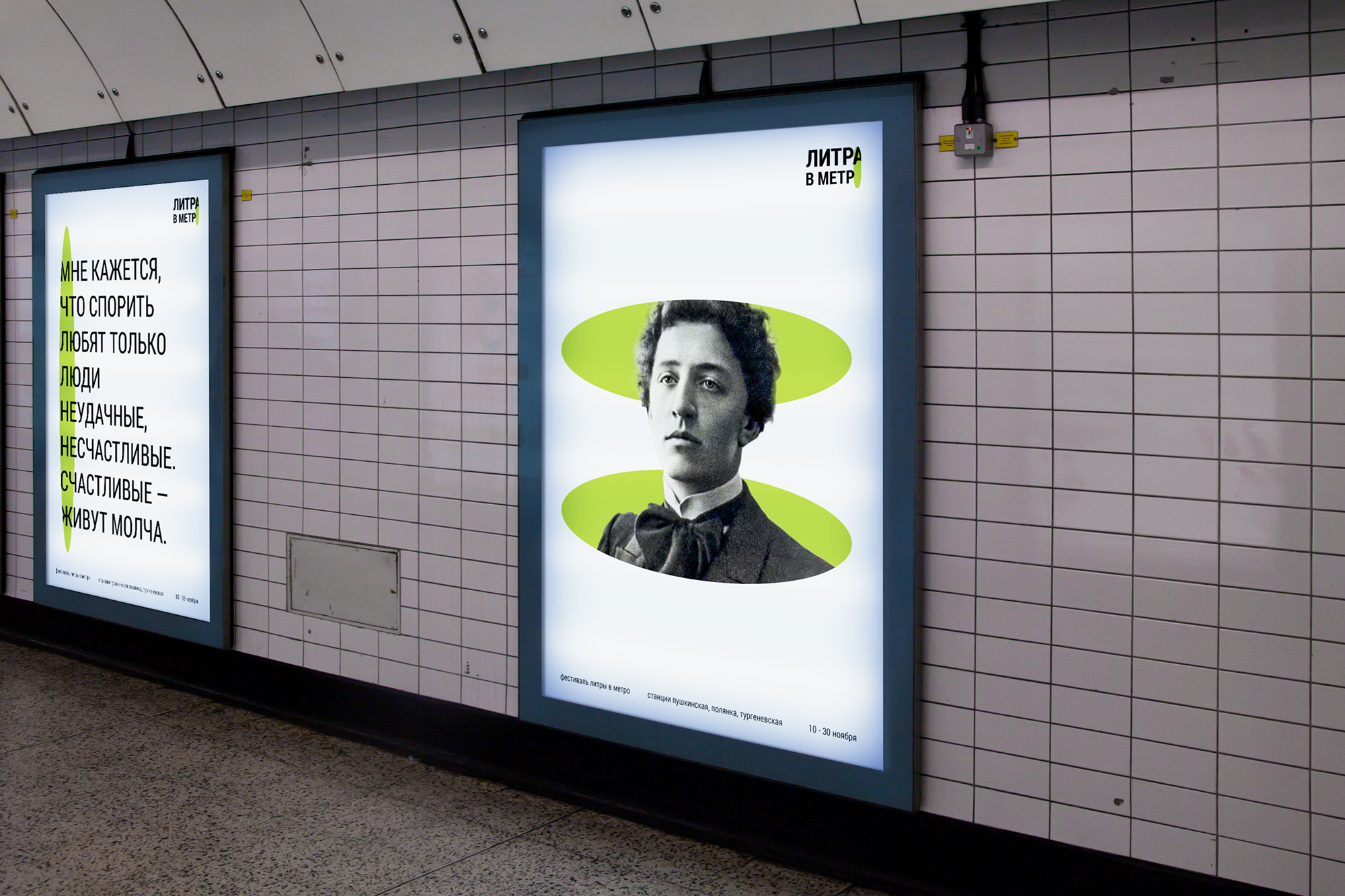 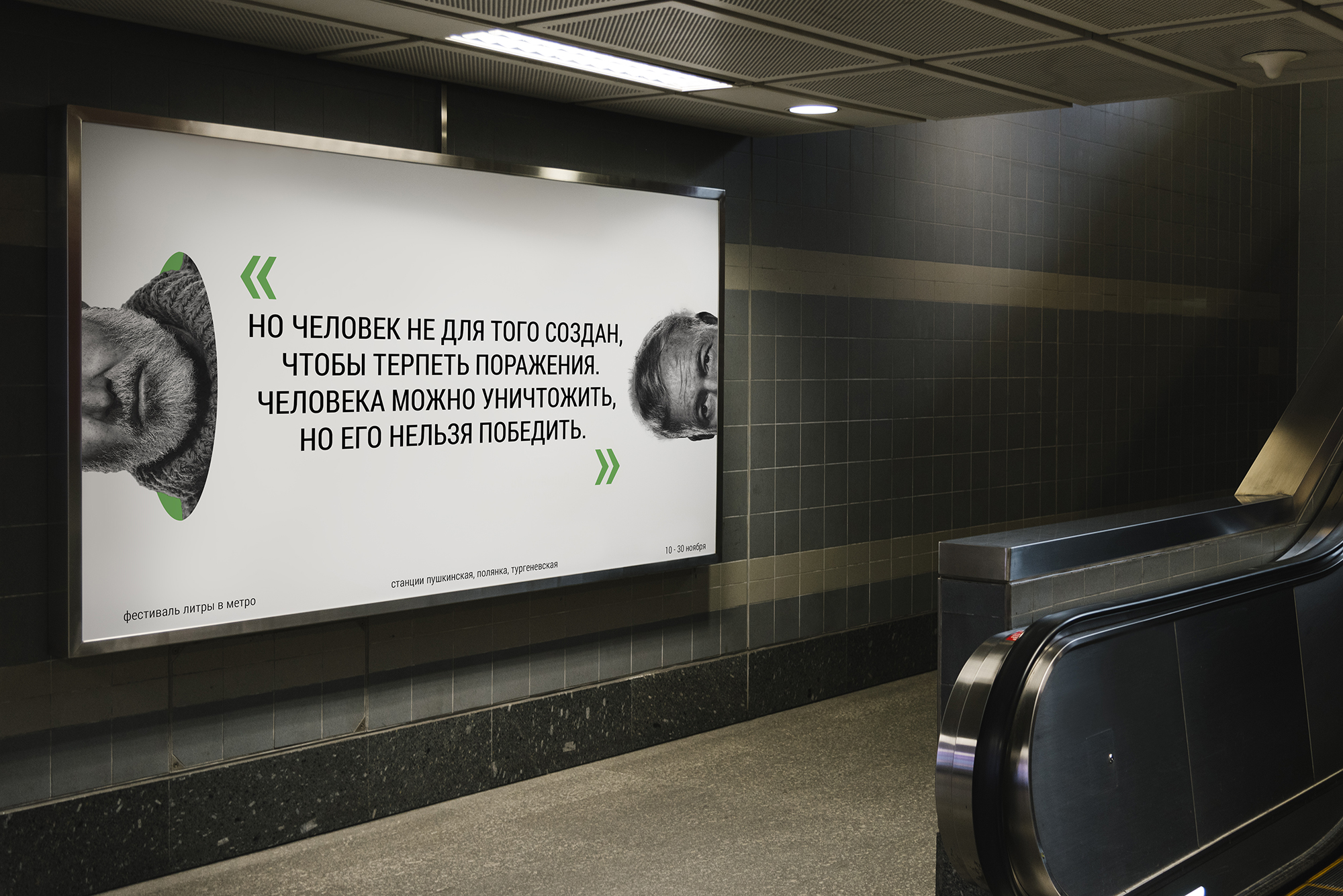 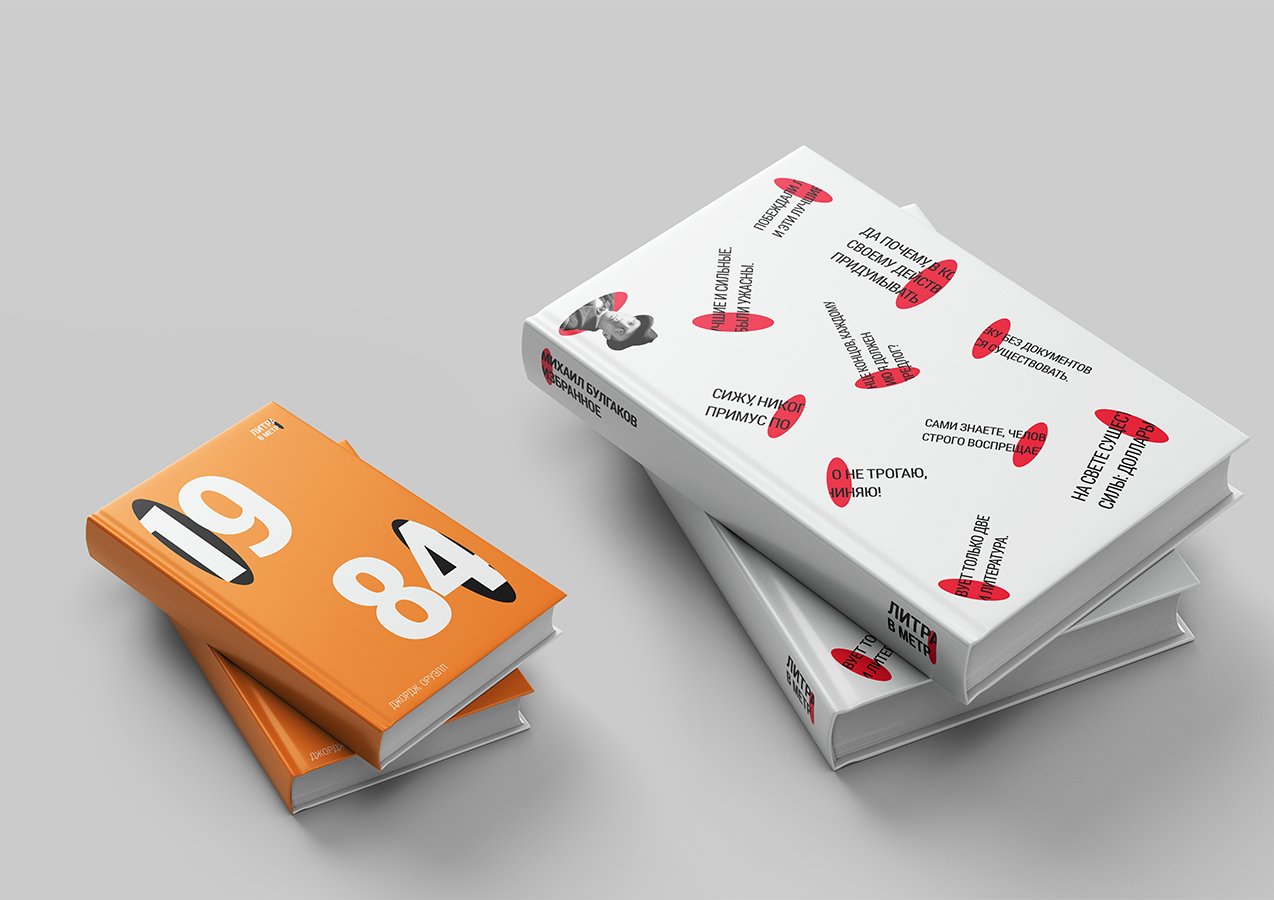 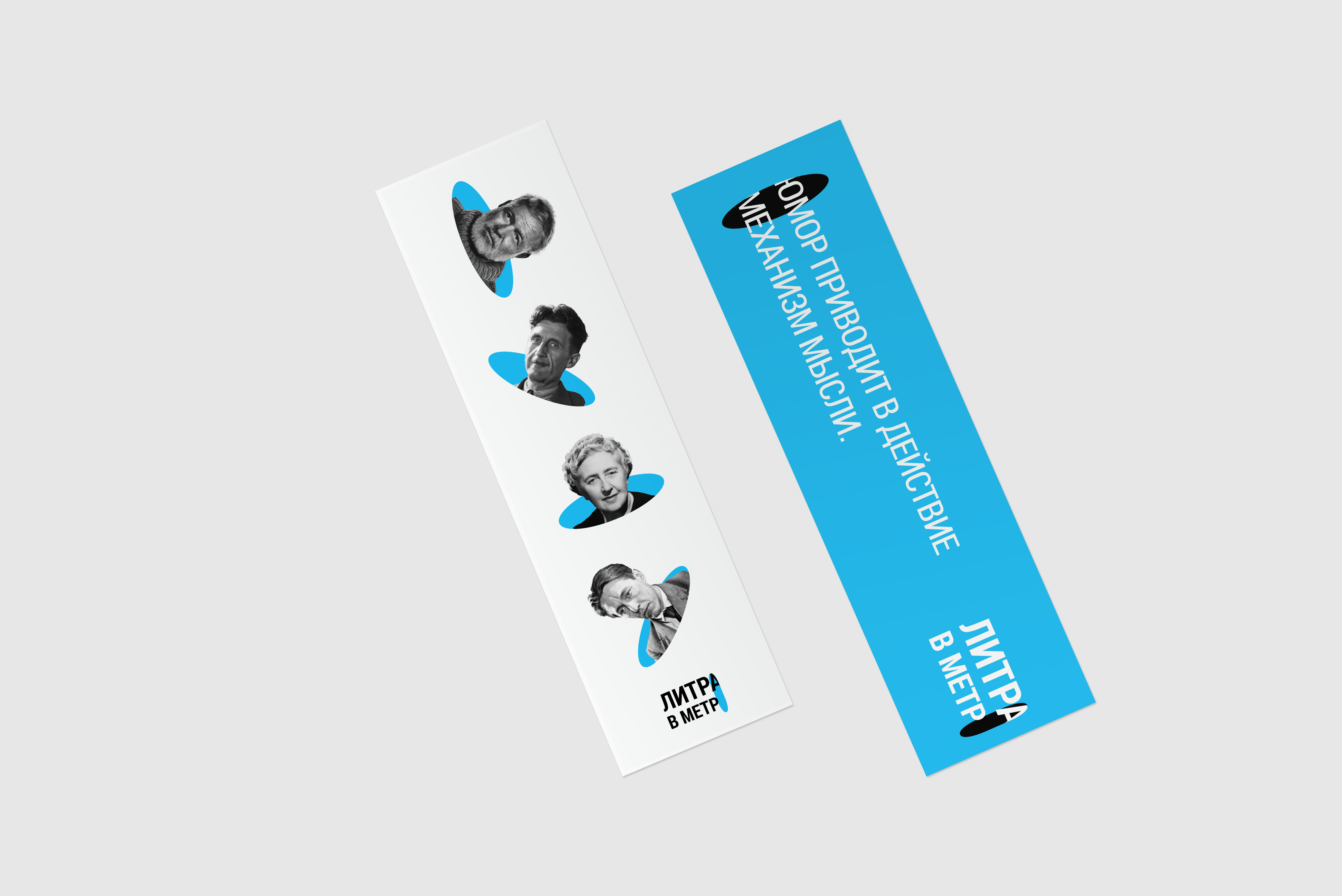 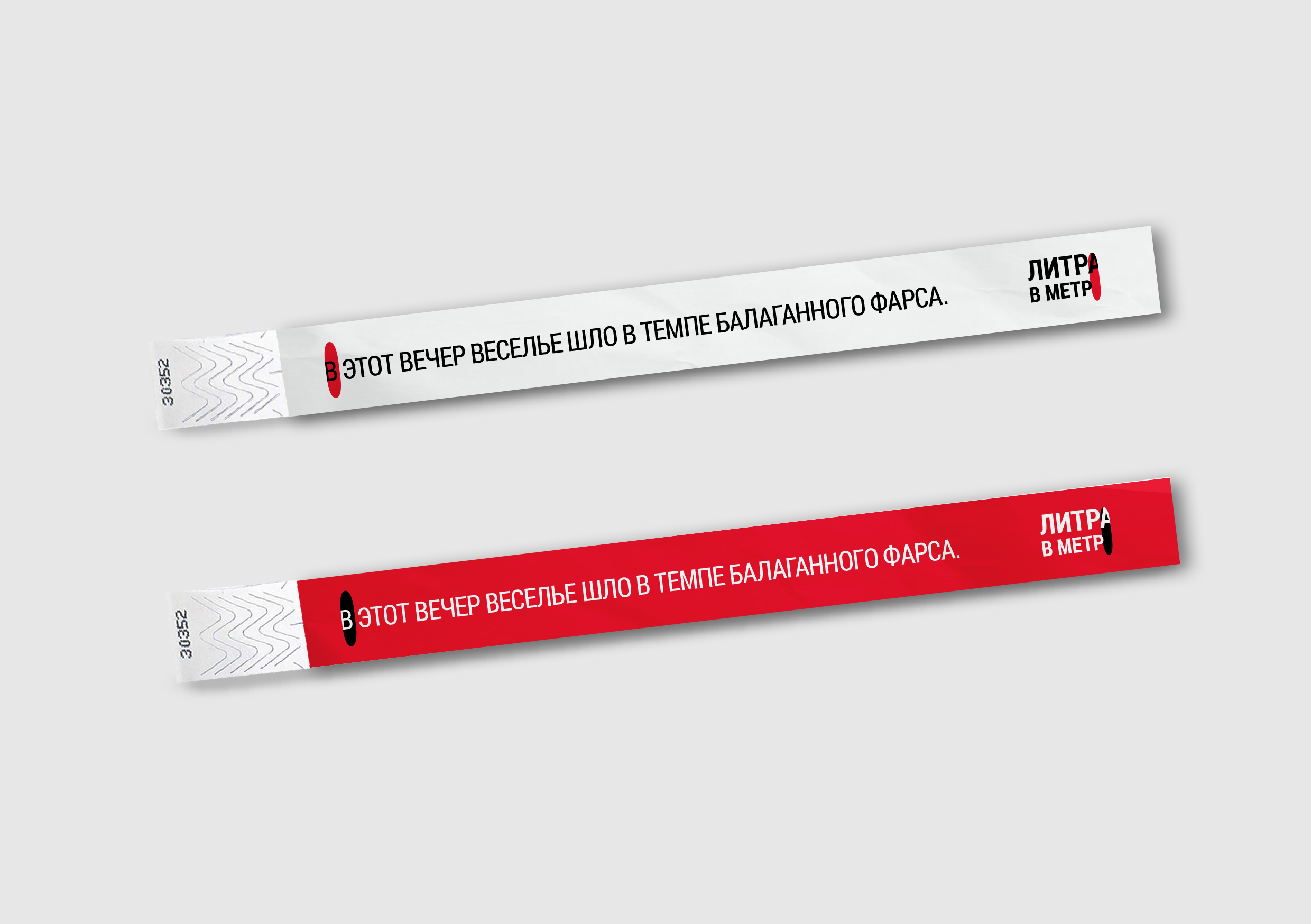 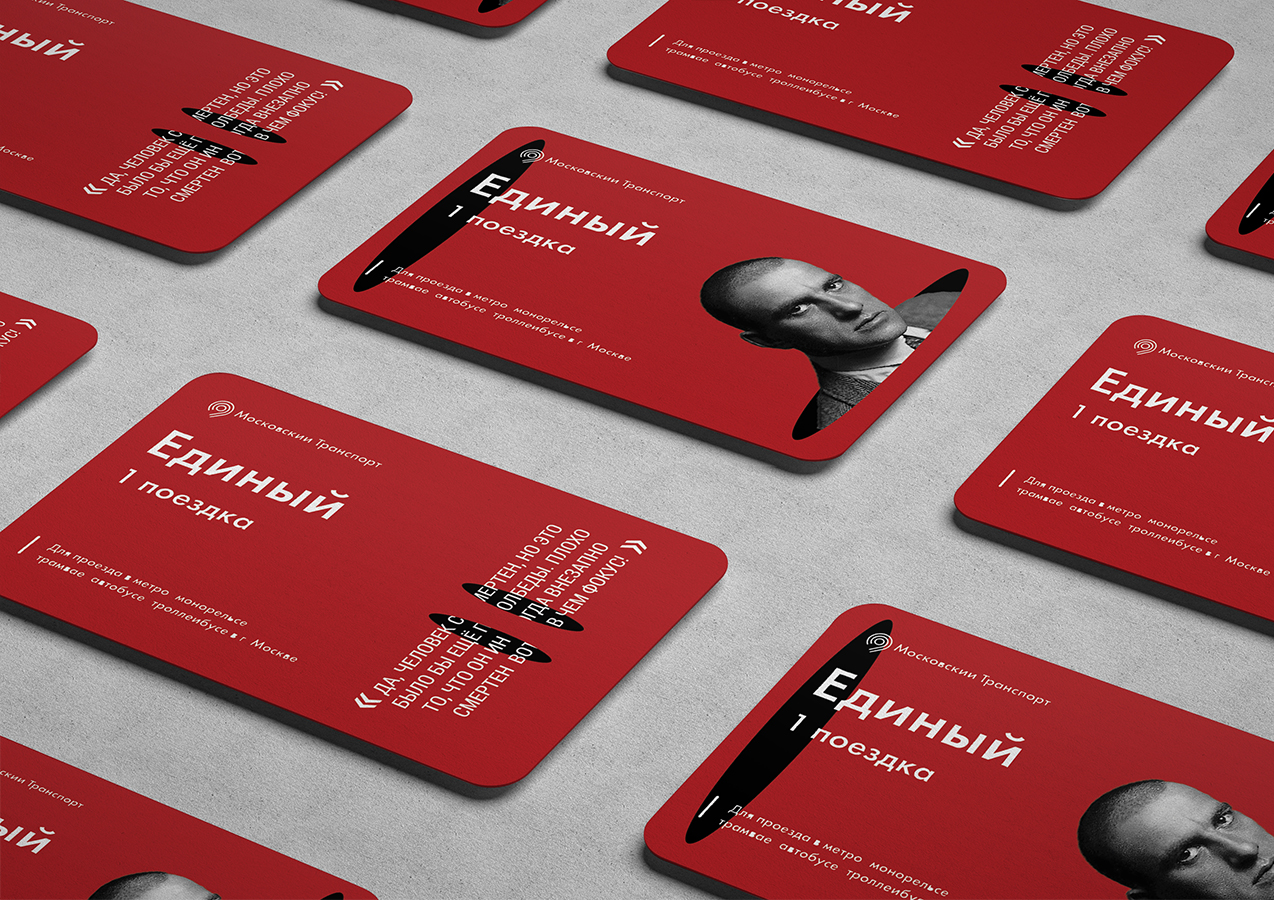