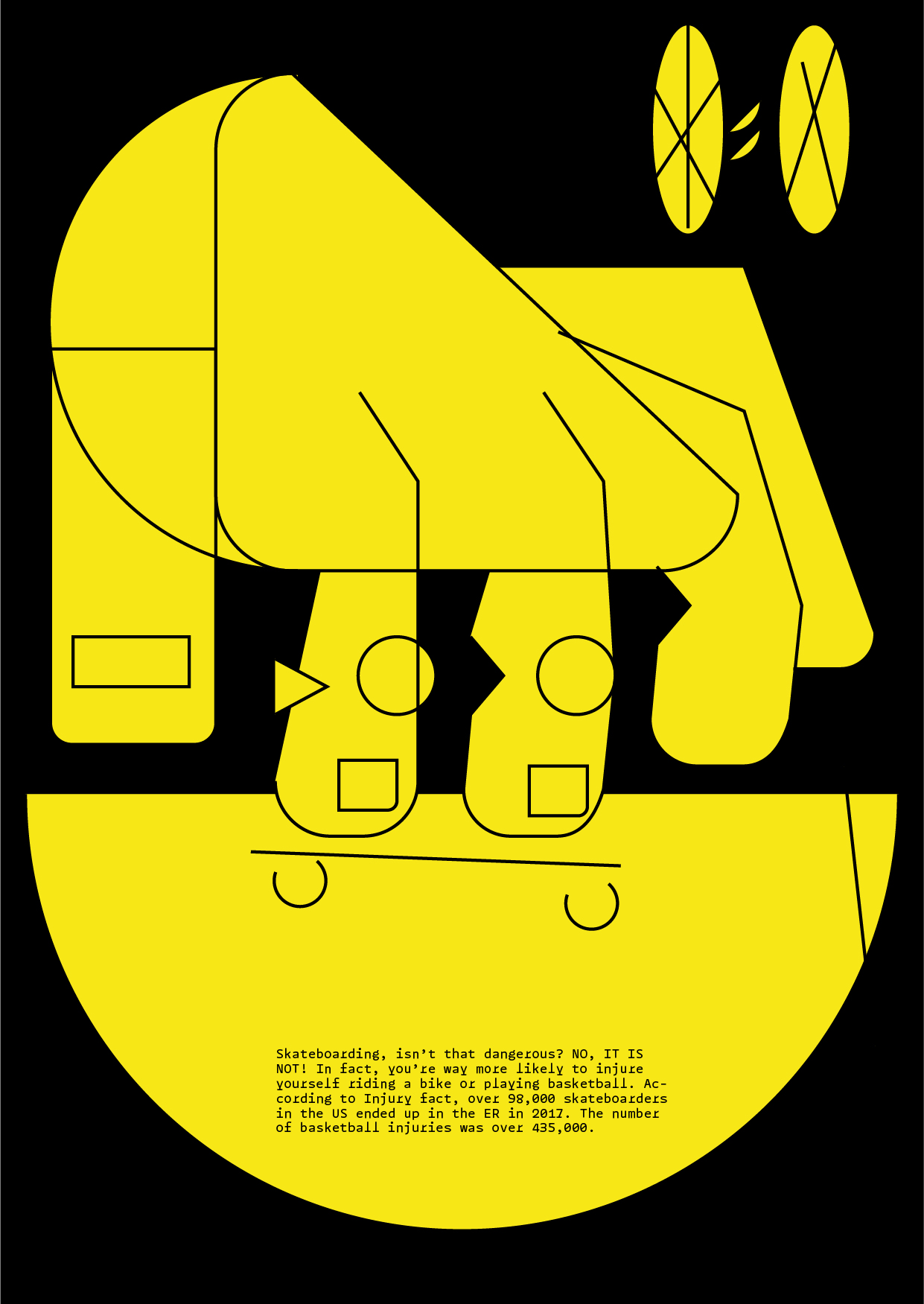 The main colors of my project are black, white, and yellow. They are typical for marking on the streets. To convey the theme of skateboarding while maintaining a neutral intonation, I made brutal minimalistic illustrations. Due to the simple sharp shapes, I tried to convey some simplicity, but at the same time the dynamism of the skaters’ movement.

To support brutalism style in my works, I chose the Arnold monospaced font created by Philipp Neumeier. This typeface helps to convey the message of how visually simple tricks and techniques of skateboarding may vary and be intricate in the end.

Illustrations show facts on how skateboarding is popular, where it is popular, whome it is popular among. I tried to make facts as simple and as short as possible, thus people who want to learn them, would understand the content easily. I have been making illustrations hugely inspired by skateboarding videos. In the process of creation, I have learned how skaters do their tricks, what aesthetics they prefer, and how this comparably close group of people can be so different.

Target audience of the project are professional skaters, those who have just started skateboarding, and those willing to know more about this activity. In this project I wanted to show less pathos and more true facts about skaters, so that it looks more appealing to those who consider themselves professional skaters and try belong to a «subculture». 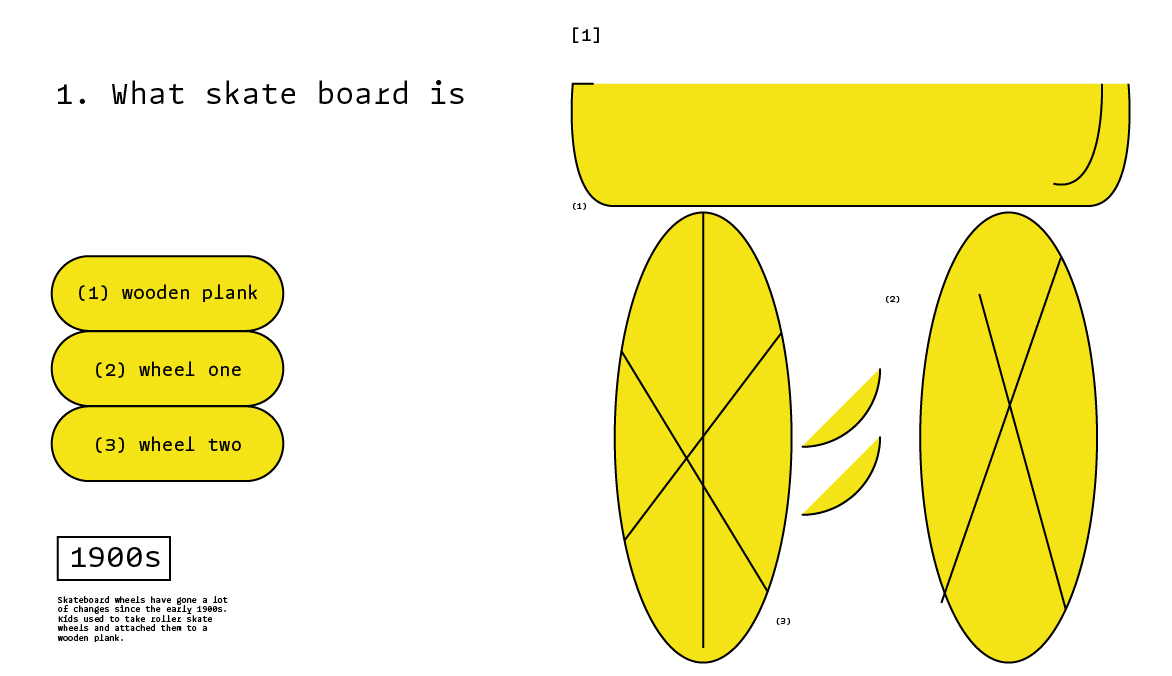 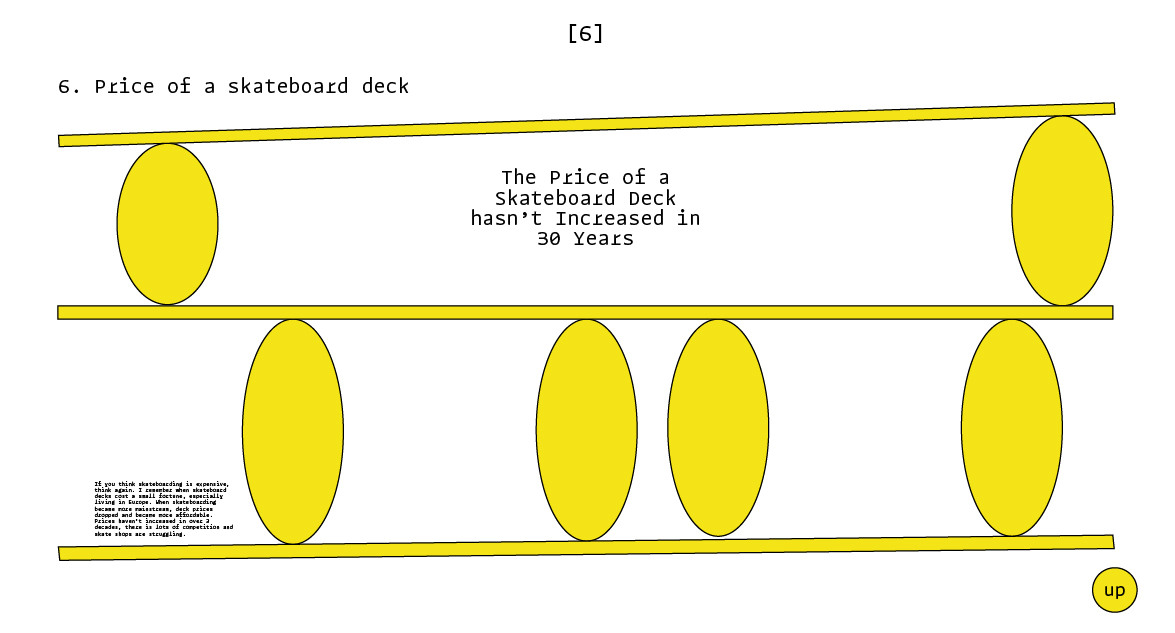 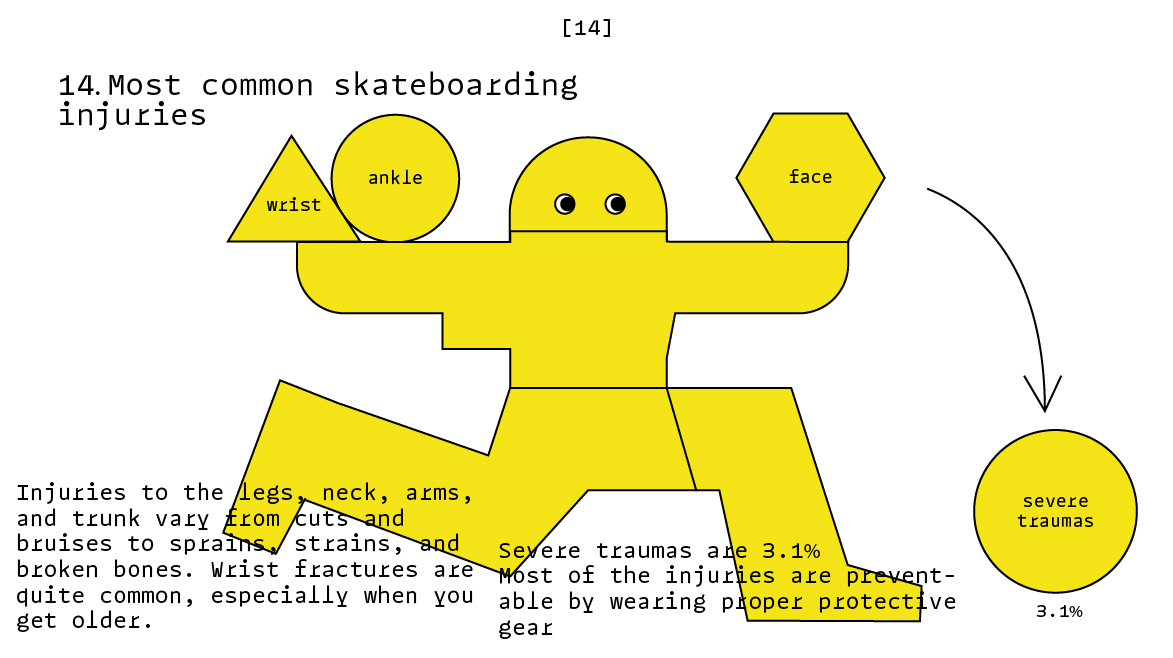 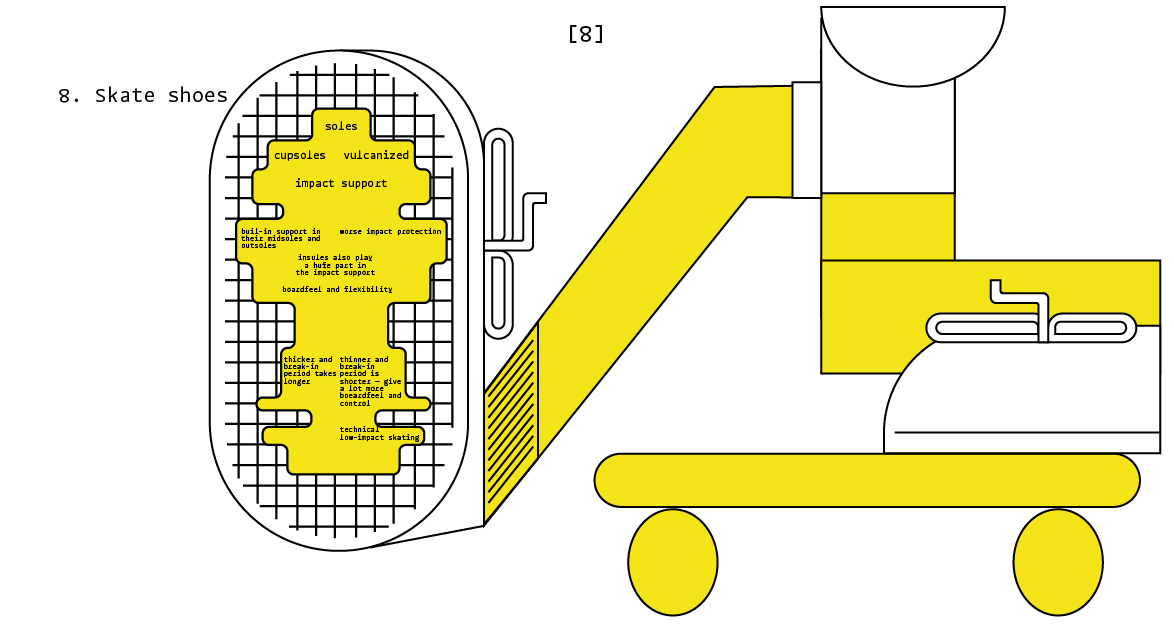 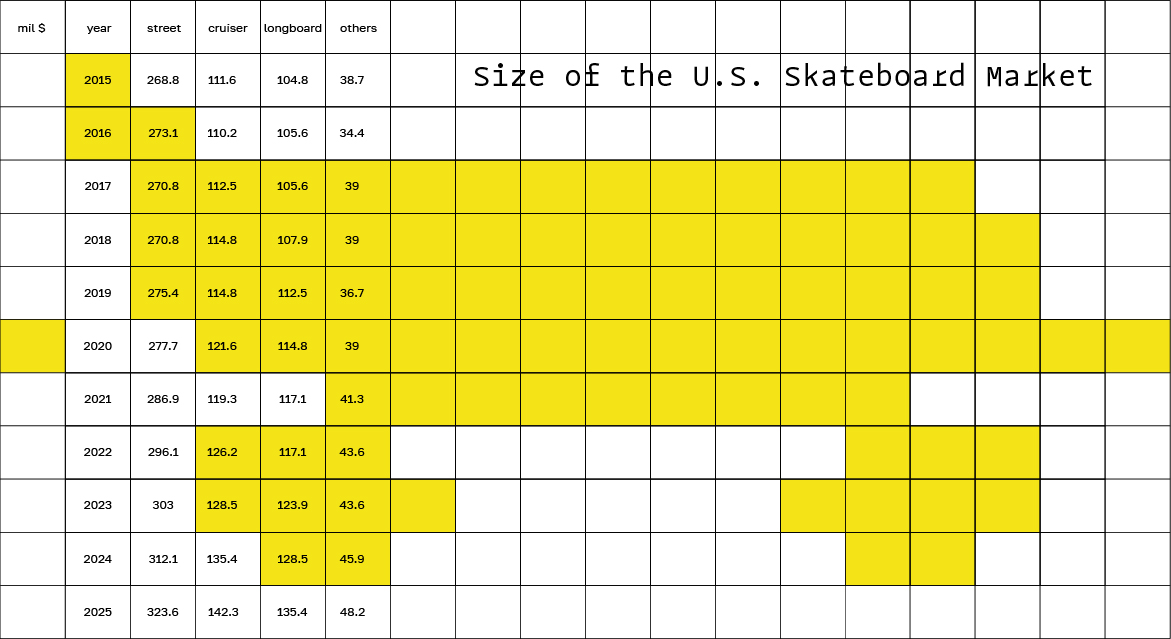