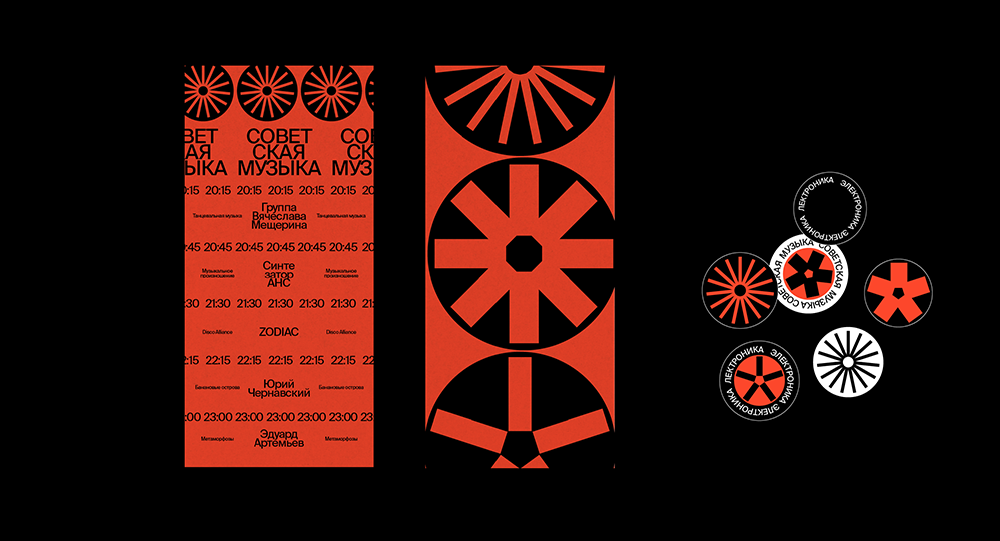 The identity for the festival of Soviet electronic music was developed as part of Svyat Vishnyakov’s “Identity” course at the Bang Bang Education school.
The USSR can rightfully consider itself the birthplace of electronic music. Initially, electronic music was used primarily as space soundtracks and film effects. Over time, the unusual sound began to attract more and more young people to create their own creative musical compositions.

Development of technology is necessary for the development of electronic music. In the USSR, many talented inventors presented their ingenious devices to the world, opening up new possibilities for musicians. This is how the Variophone electro-optical synthesizer was invented by Eugene Sholpo. During the demonstration of the film, music began to play. Later Sholpo refined his invention. The tool was destroyed during the II World War.

The tool uses rotating discs, they spin, the camera photographs a beam of light passing through the slits and prints the image onto the film. The result is “graphic sound” tracks. These images are passed through a sound projector, which converts them into sound.

The identity of this festival is based on the principle of filling the space with “tracks” from graphics in the form of rotating discs and typography. The circles are replicated on specially crafted cardboard discs to produce a hand-drawn sound. Any format is divided proportionally into several identical lines – tracks. Each track is filled with its own essence: discs, typography, photographs. The elements should be looped, mimicking the principle of film – a lot of repetitive frames. Typography is also repeatable. The main goal was to keep the retro feel and add modernity.

A muted red was chosen as the main color. In the process of creation, in order to feel the atmosphere of the era of the birth of electronic music, old videos from discos of the 80s were viewed. Red was a favorite way to stand out from the crowd and show off your taste. 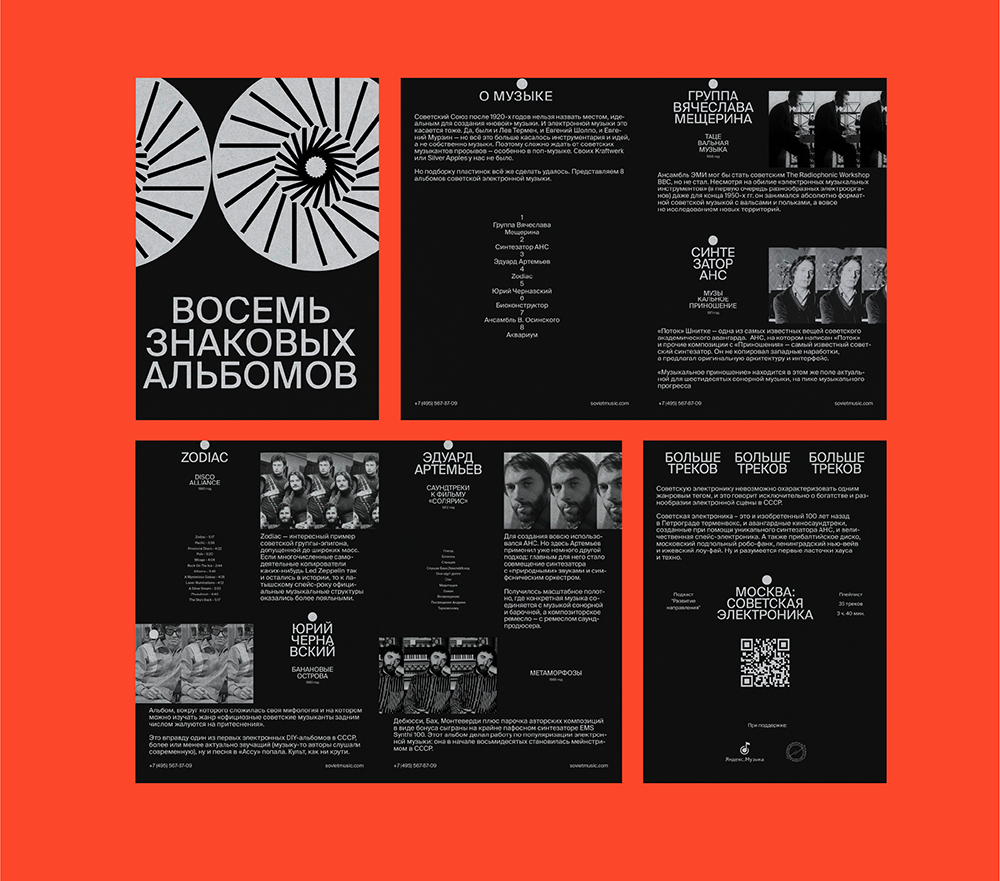 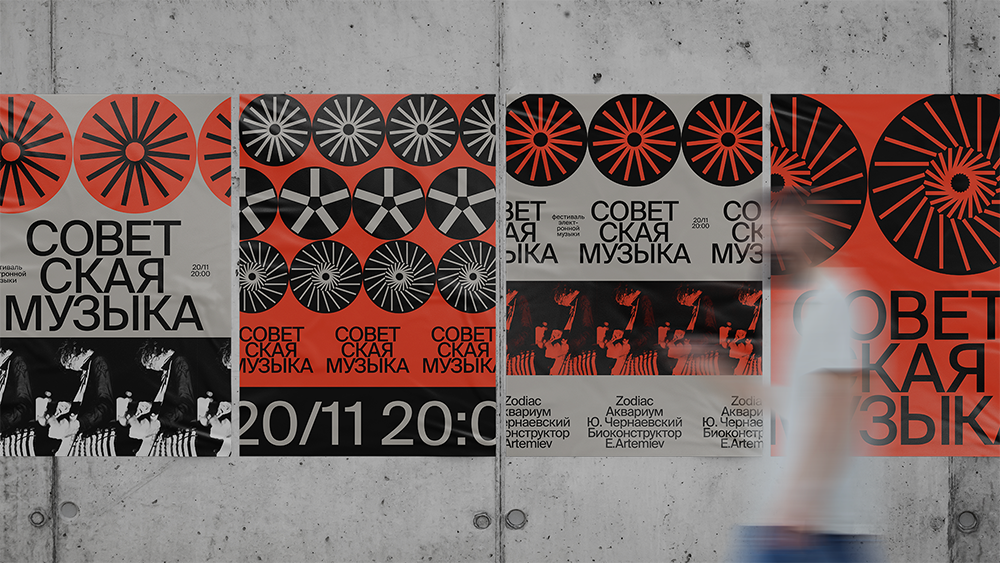 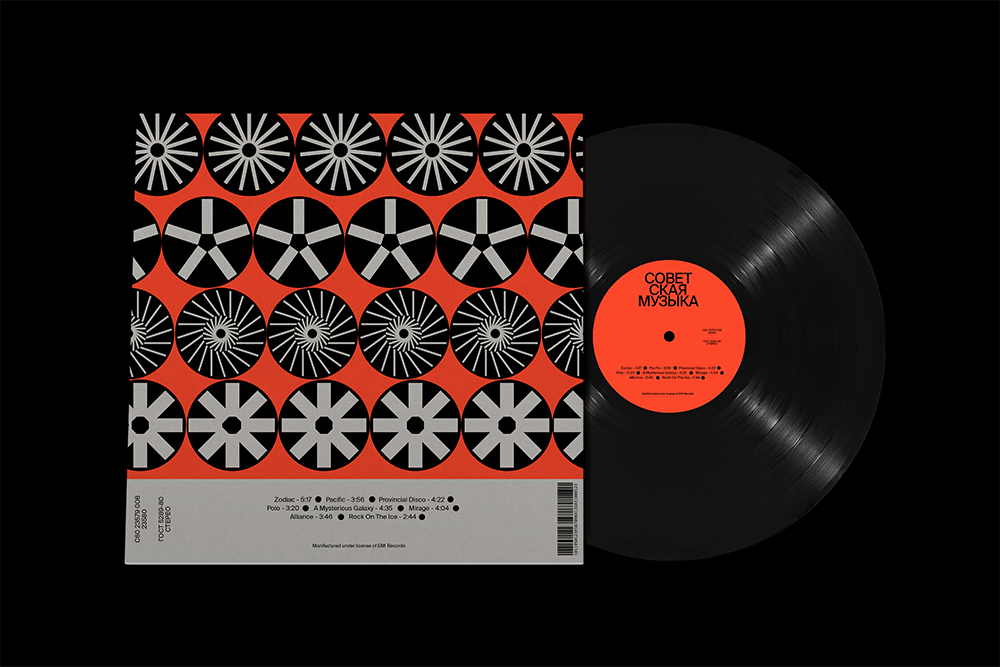