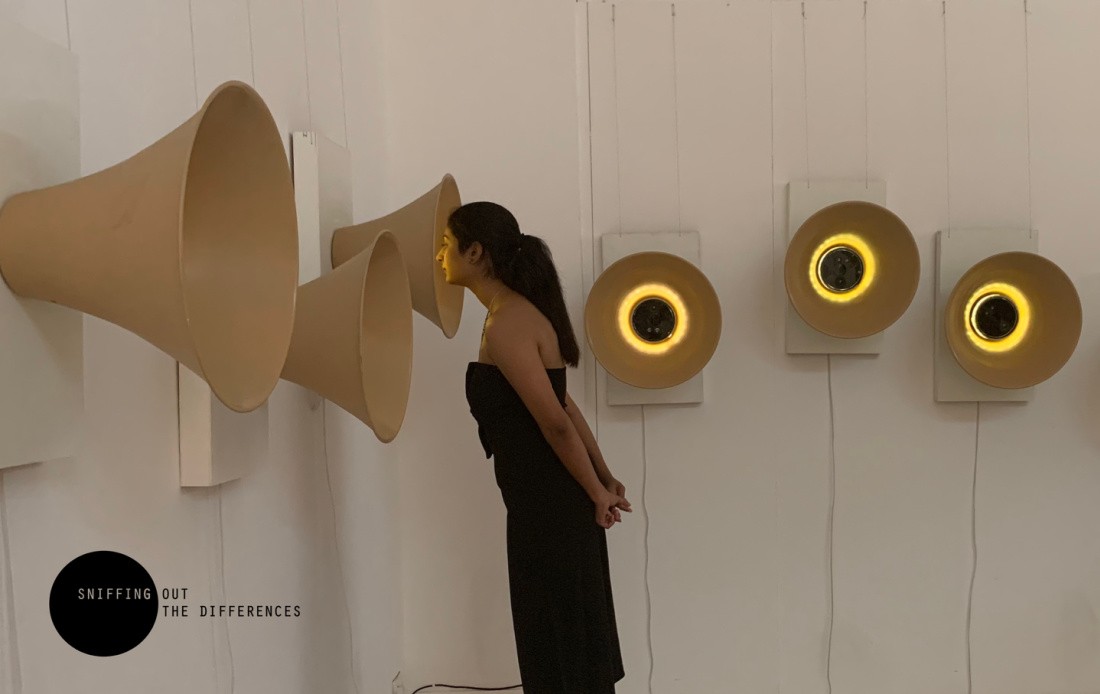 Sniffing out the Differences is a series of multisensory installations that use the medium of smell along with sensor technology to narrate socially relevant stories for today. The narratives deal with the modern conception of identity, and with differences which often lead to xenophobia.

It consists of five installations titled Jallianwala Bagh, Identity stories, Mir Abdul Attarwala, Xeno-500, and Diversity in us. Each of these installations tackles a key social or cultural issue relevant to current society by allowing the user to experience multisensory inputs guiding them through varied narratives.

Jallianwala Bagh explored the origins of national identity in India unmasking the racist treatments meted out during British Rule. Identity stories and Diversity in us looked at how identities are formed in modern society and how diversity influences us. Mir Abdul Attarwala allowed audiences to deeply think about people residing in Kashmir, a war-torn region at the center of a decades-long conflict. Xeno 500 is a futuristic take portraying an India in which Xenophobia is seen as a virulent disease in need of a cure.

Olfaction is the least explored sense as compared to the other senses when making sense of information in our environments. We often fail to notice how much scents contribute to an experience.

Smell has long been associated with deep memories and evokes a deep emotional response. The smell of petrichor is enough to take us back on a nostalgia trip, reminding us of our childhood memories and games. Responses to odors are sometimes so strong that certain scents are liked or disliked because of the emotional associations with them. Smells are not just a biological and psychological experience but they have both, social and cultural contexts as well. In fact certain scents are so strongly associated with certain regions that a whiff of scent is enough to be reminded of a certain culture and region.

There are many aspects of the cultures which are akin to fragrances, sometimes leaving even the most articulate person speechless. There is an inability in language to define this experience, which can be understood only by experiencing it.

This exhibition, with the help of interactive installations, builds on such occurrences and explains cultural phenomena through mapping them into scents and visualization. It talks about how new identities and cultures emerge with mobility and new distinct patterns that are created, like the patterns in the kaleidoscope which when combined form a dizzying array of patterns but are in a sense, identifiable as a whole.

This project was well-received around the world. It won a Red Dot Award, at the DNA Paris Design Awards, German Design Award and was awarded India’s best design project award by Pool Magazine in 2019.
It was selected for funding from the Prince Claus Fund, Netherlands, the British Council, and ValueLabs. It was exhibited at the State Gallery of Art, Hyderabad, India and the Pratt Institute, New York. It was also a featured presentation at the Interaction’18 conference in Lyon, Interaction’20 conference in Milan, UXIndia’19, and IXDD’19. 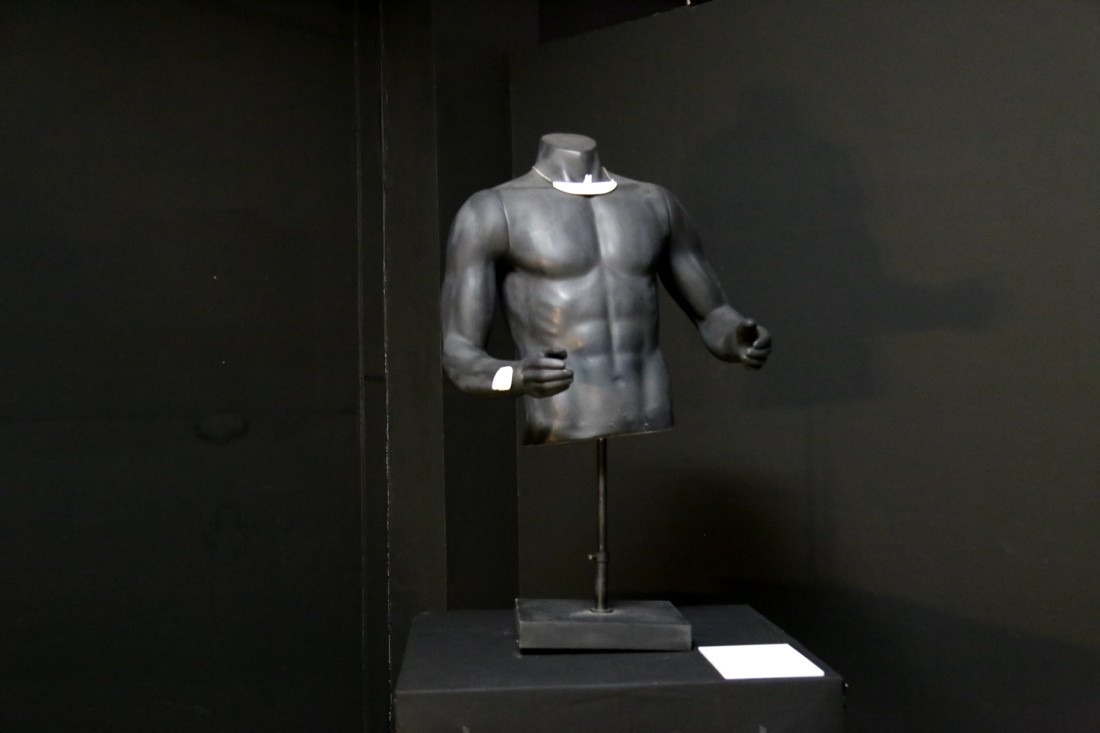 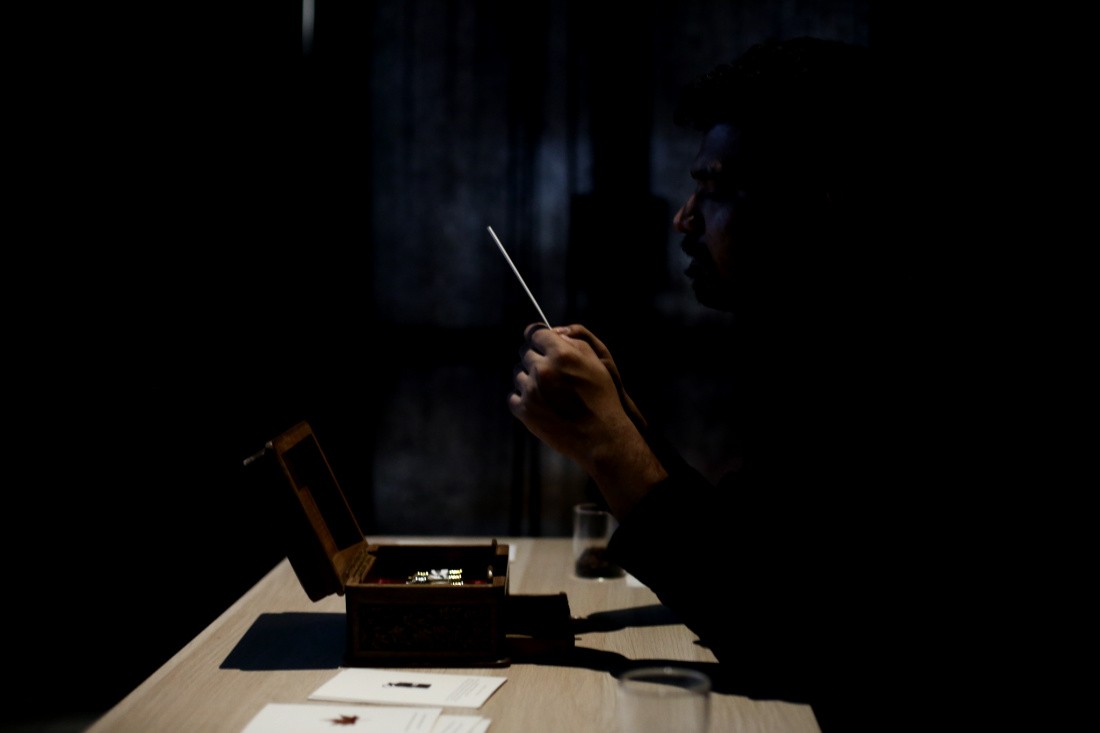 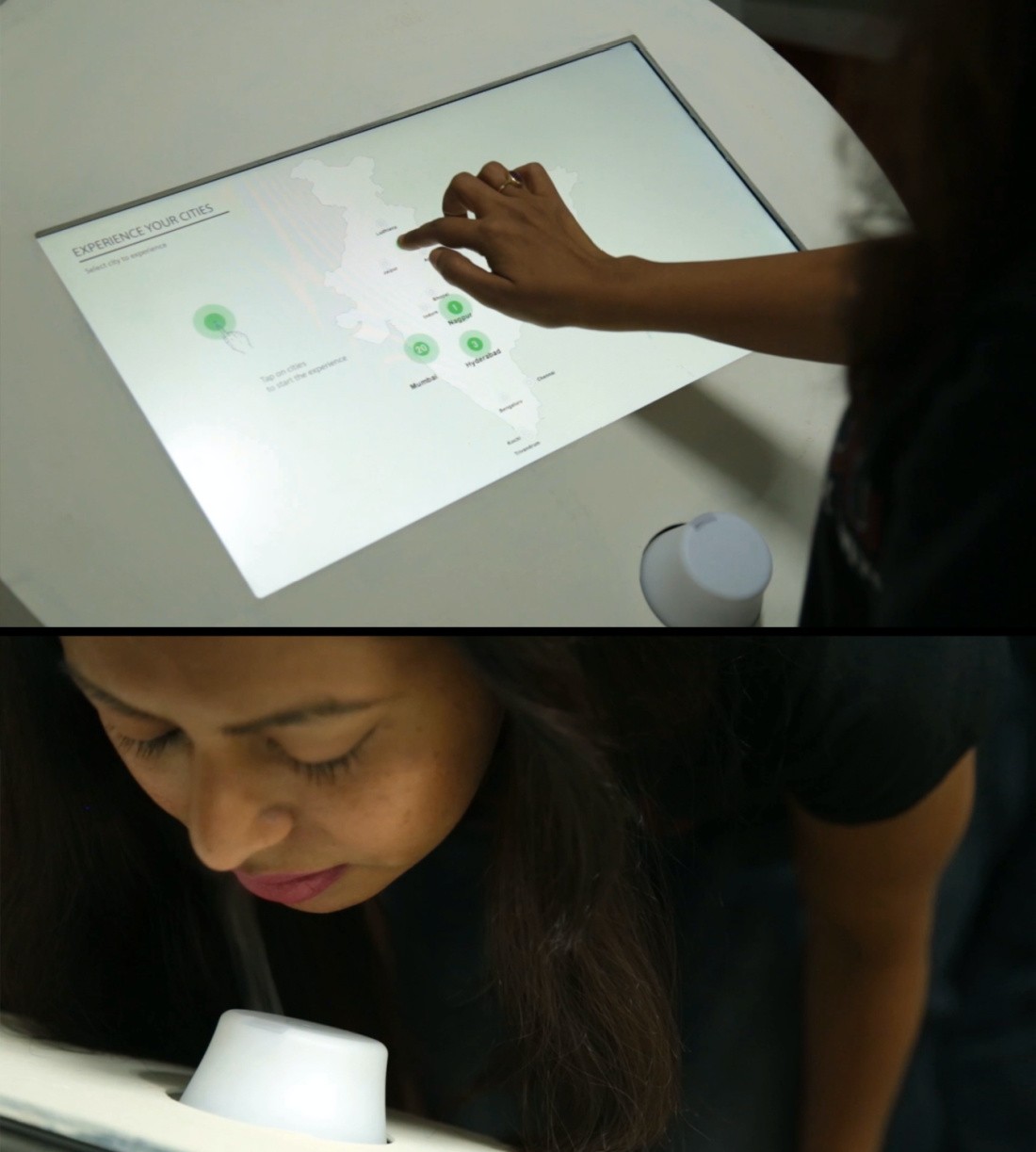 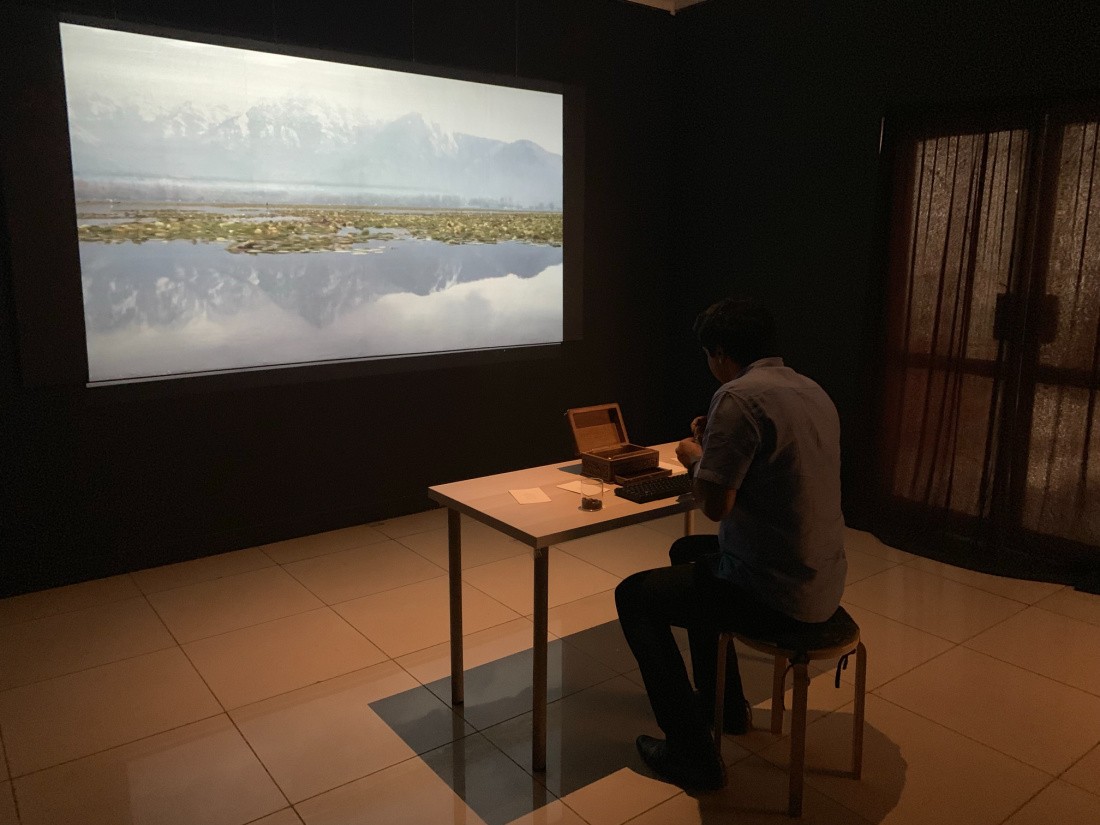 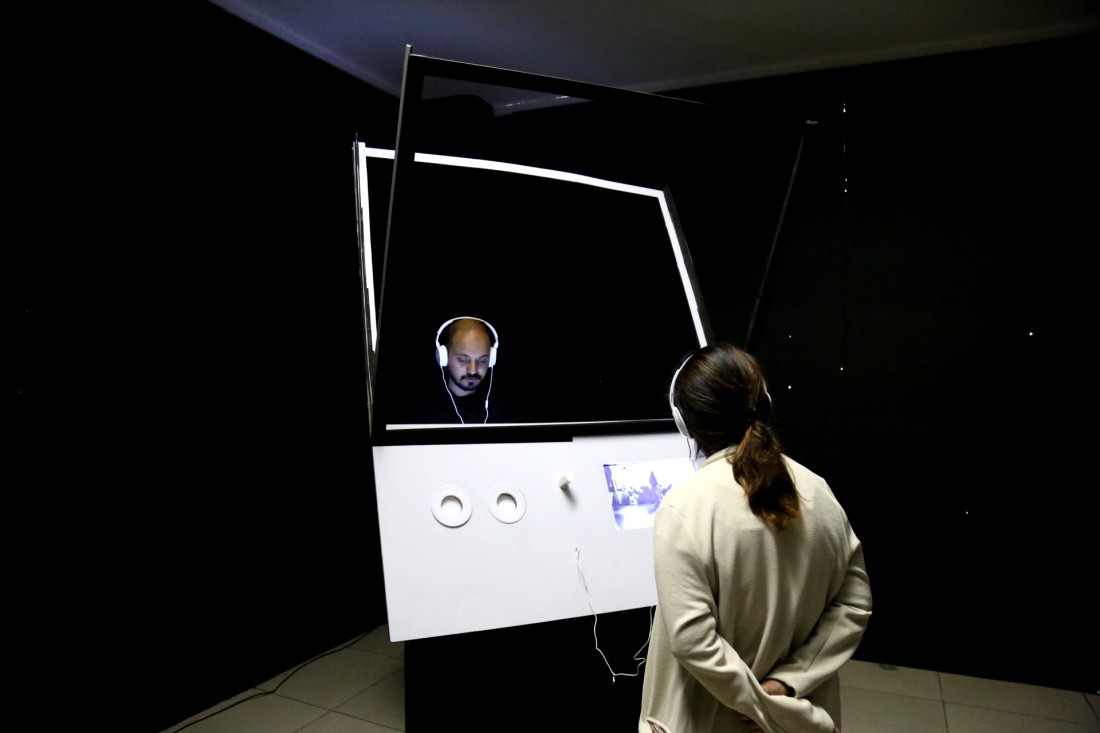 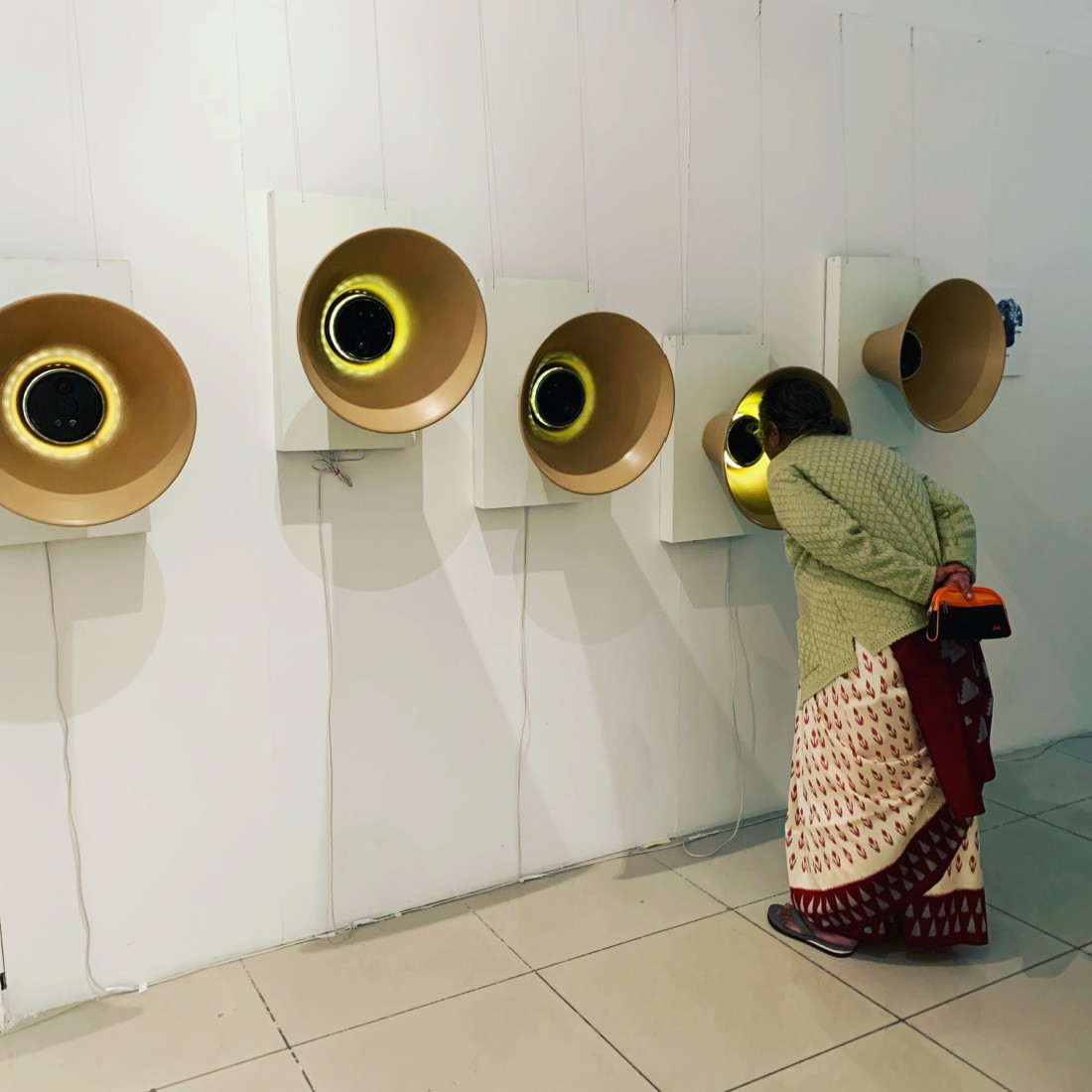