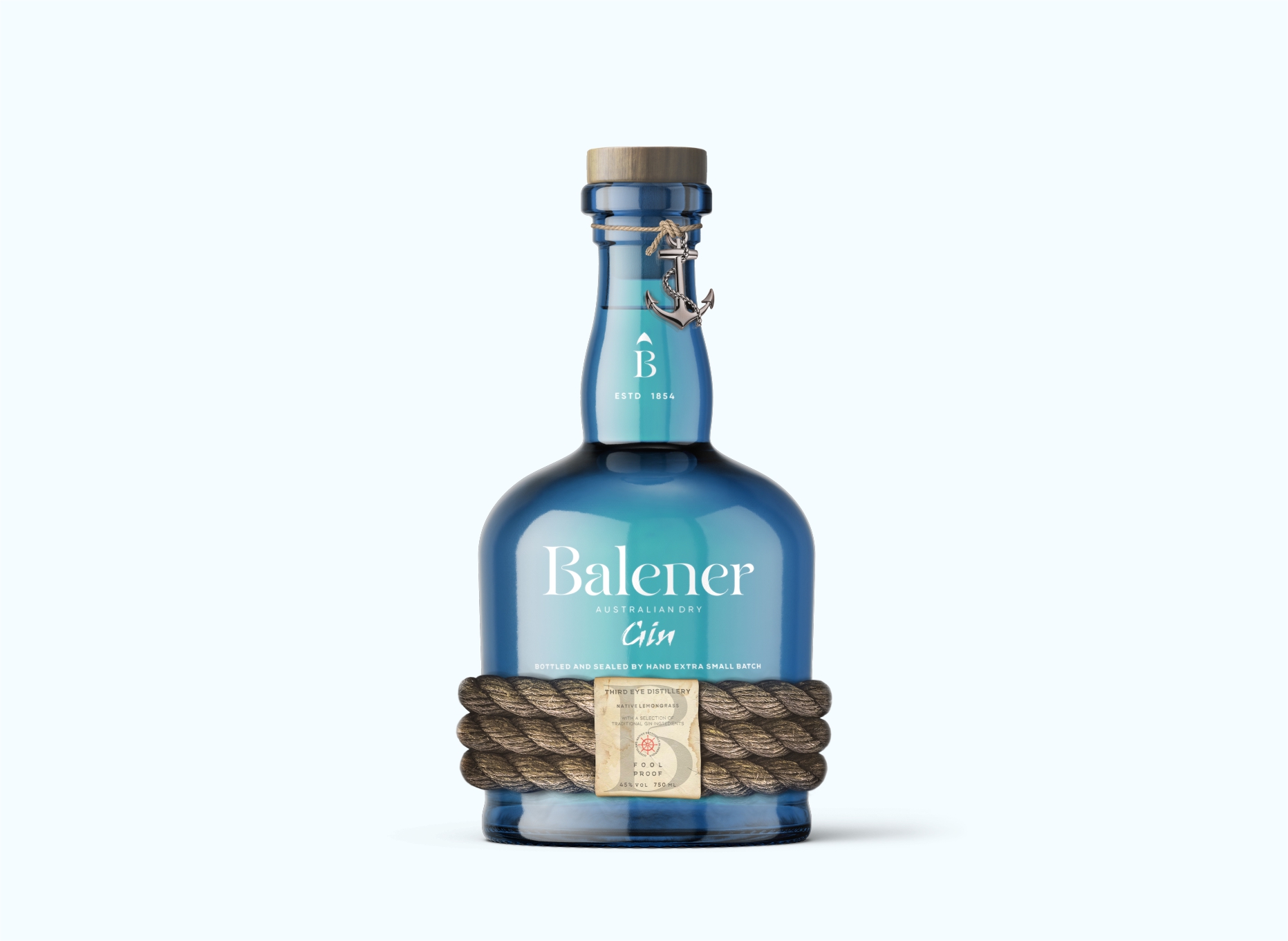 The concept is based on the Balener ship built in the 1400s. The whole design is based on the marine theme. Balener was also known by a variety of names such as: Baleinier, Ballenero, Baleinier, Baleniera. The ship is very similar to a brig, generally with two masts equipped with square rigged sails. Although there was a bit of variation depending on the individua l vessels, this class of ship was typically in the 150 to 200 to range. In later years, when whaling became less popular, man y of these ships took measure to deter governmental or private interference in their trade. It difficult to see in the image on the lef but the ship actually has fake cannon holes painted on it’s hul l to give the appearance that it was an armed vessel.

The Ballinger class of vessels were 12C ton clinker-built two masted ships. A contemporary of the cog, by the late 1400s they were used as scouting and raiding ships attached to the fleet

The blue colour of the bottle, characteristic of the sea and water, was specially chosen, an anchor and a rope are used on the bottle, which in turn are one of the main details of the ships. Some fonts have been developed and adapted to the design. This concept is a great opportunity for alcohol companies, individuals who want to have a unique produc t that will be noticeable and will diffe r from other drinks with its originality. 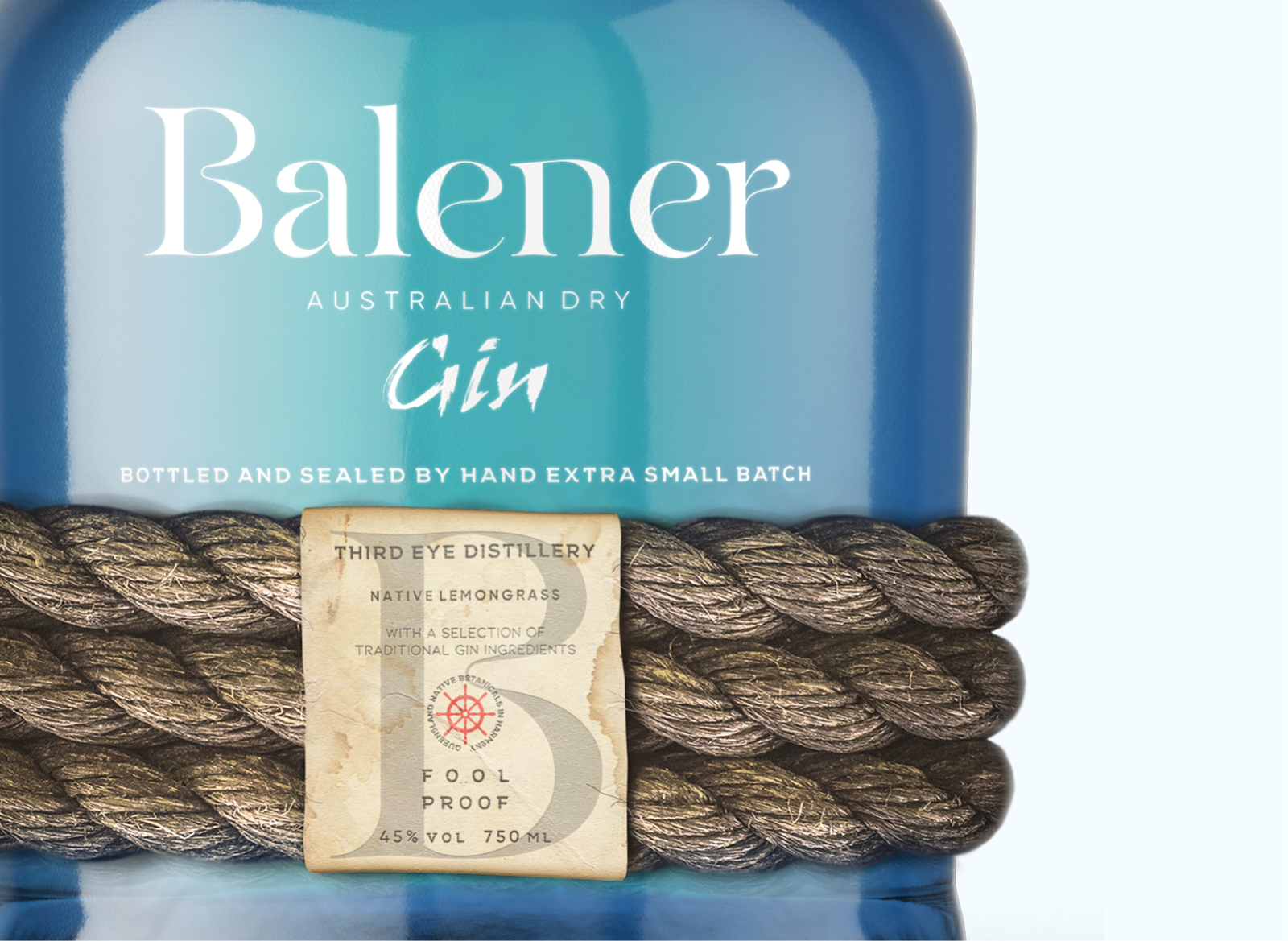 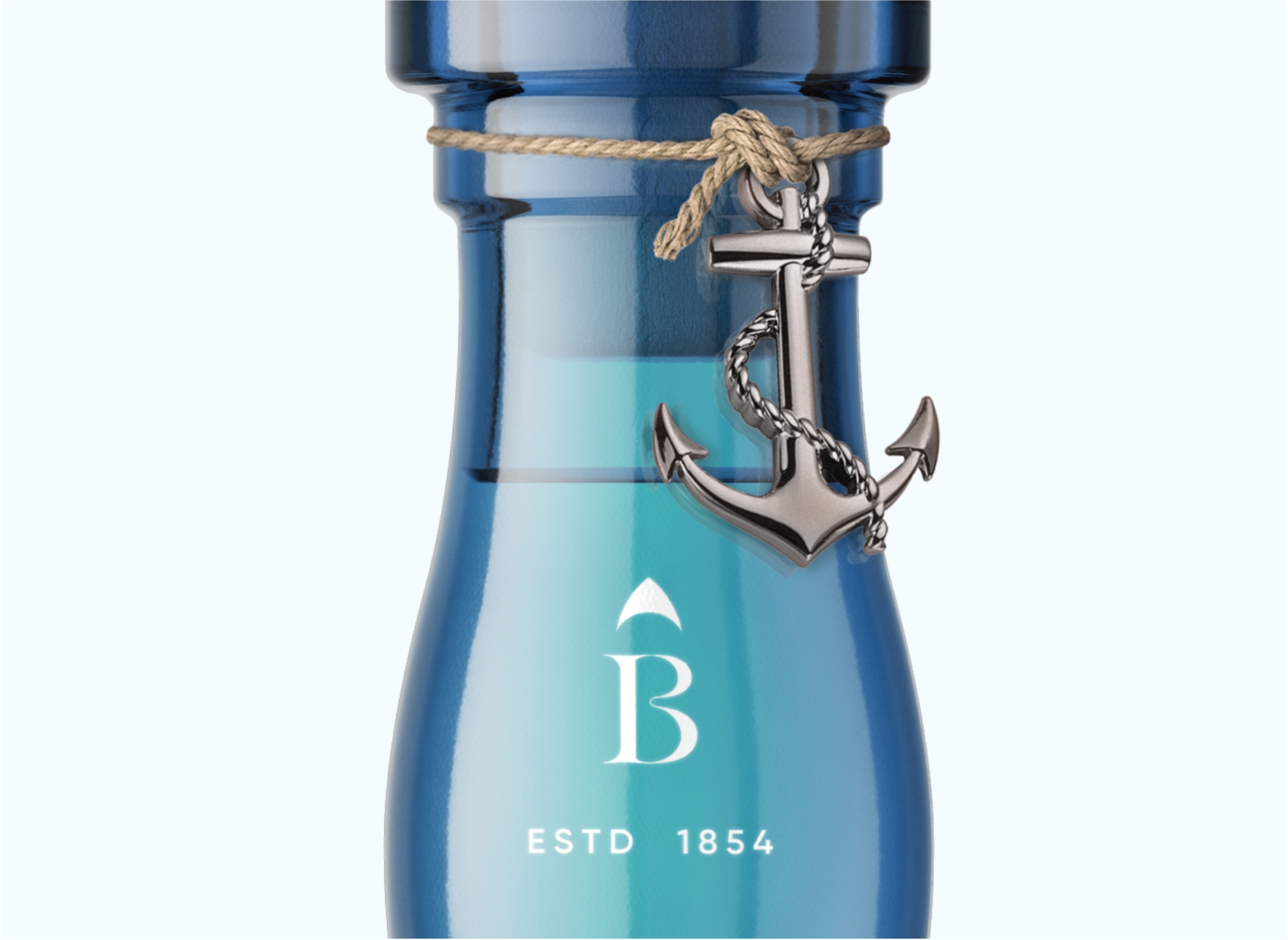 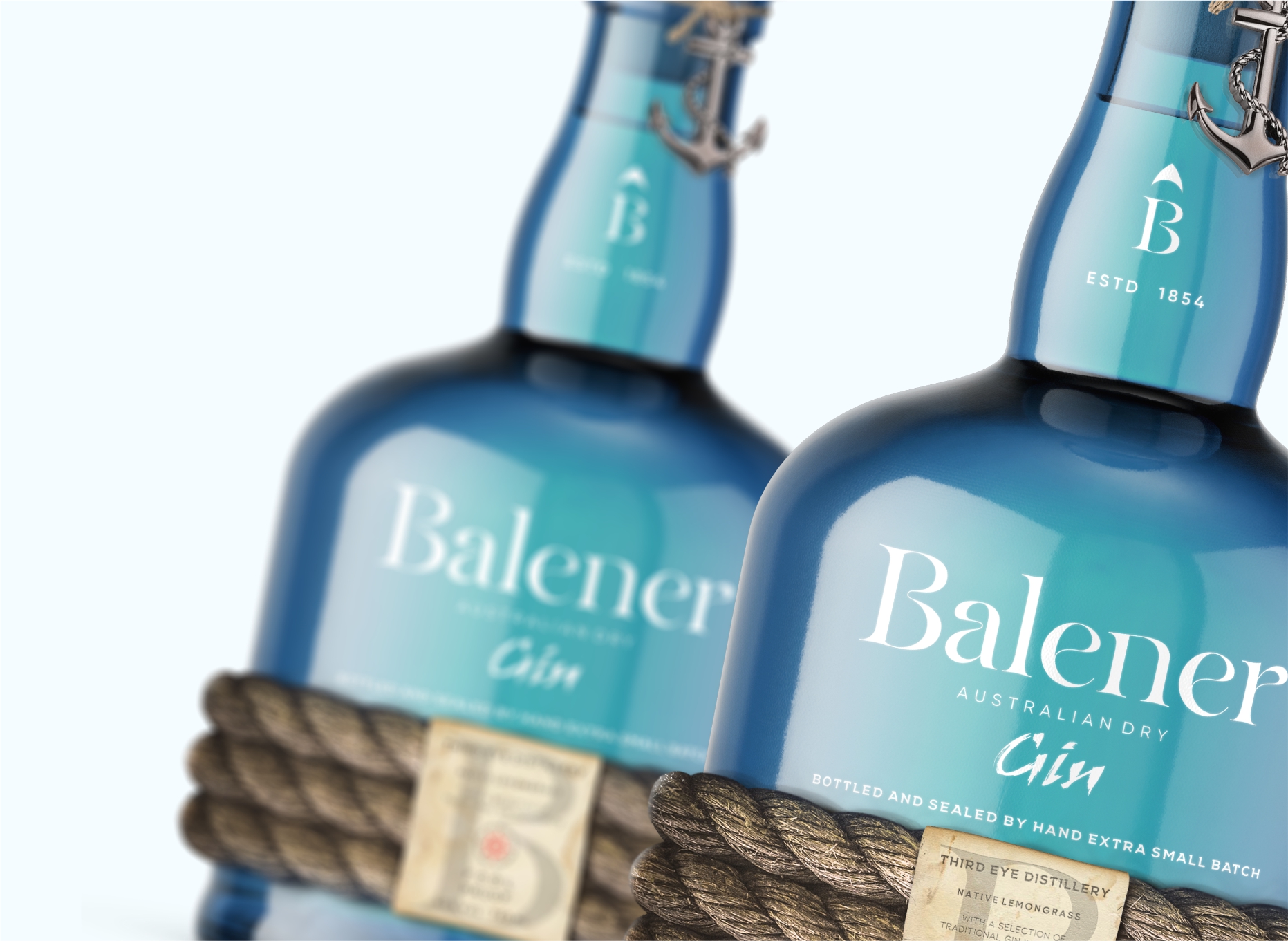 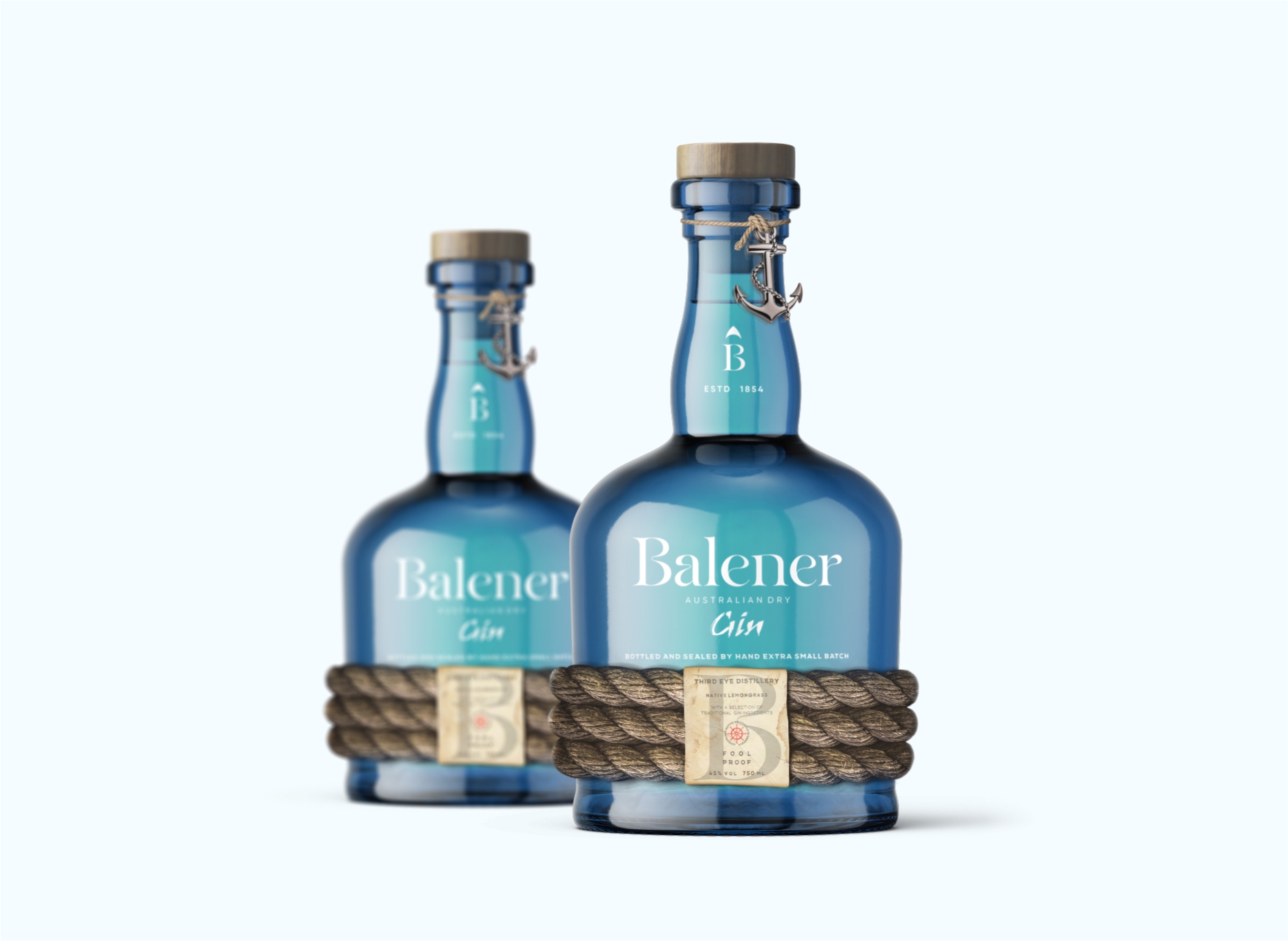