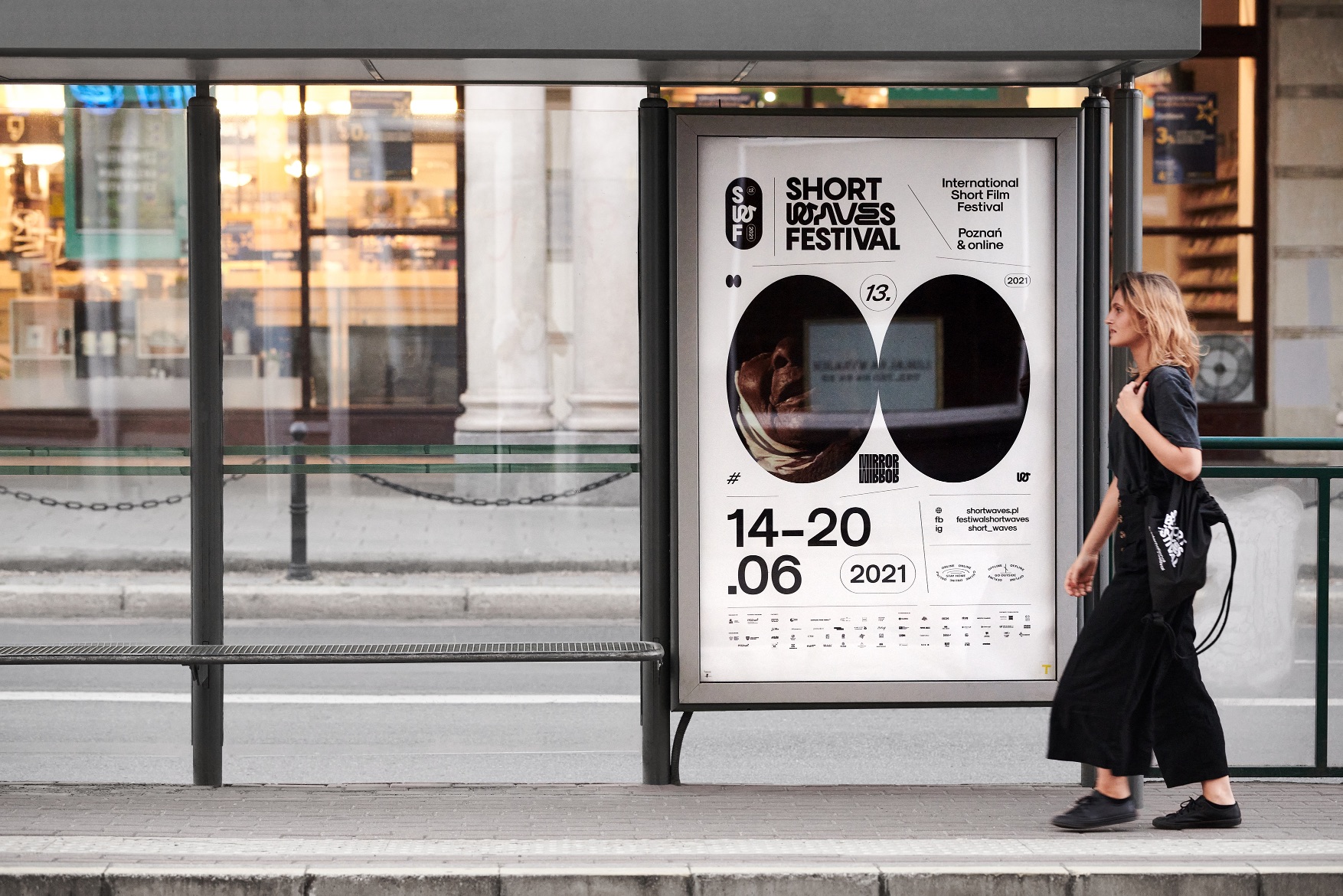 Why is it interesting at all?
The main purpose of the new visual identification is to promote an ambitious program that challenges its recipients. The question asked from year to year by festival organizers was: how to attract a large audience of people who are used to undemanding content on a daily basis, while maintaining character. It set a challenge for the organizers and designers of identification: constant balancing between the use of visual codes characteristic of popular culture with simultaneous brutality and an uncompromising attitude due to the films shown as a part of the Festival.

About the Festival
Short Waves Festival is one of the most significant Polish festivals presenting exclusively short films.
It’s a constellation of cinematic events scattered around Poznań’s urban landscape. Competition screenings are its core – sets of short films encompassing five categories: International Competition, Polish Competition, Dances with Camera, Urban View and Polish Experimental Short Film Competition.
Short Waves Festival additionally presents unconventional screening selections such as Comedy, Horror and Kinky Shorts, focus program (including geographic focus – we will be presenting the cinematography of Austria during the 2021 edition), industry segment, audiovisual events, music events. It also extends beyond the screening room: open airs, clubs, art galleries, theatres and Poznanians’ private gardens known as the Random Garden Cinema series. Thanks to the continuation of the new hybrid form introduced in 2020, those seven days of June are going to consist of events and screenings taking place both offline in Poznań as well as online.

About the new Visual Identity:
Studio Uniforma has developed a flexible, year-round, partially animated visual identification system for the Festival, also for the 2021 edition.
They took the risk of choosing uncompromising black and white and a seemingly clunky, “newspaper-like” way of composing. Very unusual in the promotion of film events.
The visual identification version of the 2021 edition was based on the edition’s slogan: MirrorMirror. The mirror not only reflects reality, but creates it, which shows the complexity of living in the present.
The main theme of the entire visual identification – a mirror image in a box – looks at us, contemporary people. In one reflection – seems like a frame from the film, but the other remains unreadable: a reflection of reality, the ambiguity of the image, a deep journey into our psyche and much more, because everyone perceives the same reality in a different and unique way.

A few words from the festival organizers:
Szymon Stemplewski
President and Co-Founder of Ad Arte Foundation, Short Waves Festival organizer
“I always say that, for me, the most important aspect of short cinema is the creators’ eagerness to take risks, redefine what already exists, and find links that have not occurred to anyone else before or seemed too bold. Our primary task, as a festival that brings these phenomena to a fairly wide audience, is to find a format that will let them thrive. In order to spark interest, which seems essential to get someone to engage with something different or new, we have always intended to create visuals that are going to be an appealing invitation. Fresh, powerful, genuine. The arrival of Short Waves coincided with the launch of Studio Uniforma, our longtime partner whose team is well acquainted with our character and dynamic. I’m glad that our new visual identity was constructed by them and I hope it’s going to stir as much excitement among our attendees as it did among our team members.”

Emilia Mazik
Festival Director
“Short films are often the first to express the changes occurring in our world, and create a language that is unique to them. Our festival has always been open to the new, we’ve been following trends since the very beginning, and we are trying to challenge the schematic ways of film event perception.We have a young team, we collaborate with hundreds of creators and artists, who are far from unimaginative. Last year has proved on a global scale that there are processes that might affect the film industry suddenly and unexpectedly, and completely redefine it, just like they redefined our lives. For that reason, I think it’s good to be open to changes and try to seek solutions – just like when all of us had to give in and move all our activities online. Our new visual identity puts an emphasis on the festival’s feistiness and its urban character, entering into a dialogue with the gradually depleting Internet aesthetics.”

Results
For the first time in the 12-year history of the Festival, a system which was created, guided participants clearly through the complexities of the Festival’s program.
According to the organizers of the festival:
According to Stroer Media, the Visual Identification in Poznań could reach an audience of up to 20,000 people daily. Entrance with the festival to the online platform and social media in pandemic times showed identification to the world. Over 8,000 participants in Poznań and online took part.
Visual ID responded to the hybrid form of the festival, with its mature style perfectly suited to the expectations and tastes of the audience. The flexible system made it possible to consistently adjust numerous elements to various festival activities – shows, workshops, offline and online events. The most important was that identification did not die with past editions of the event, finally it identified this event and is further used and developed on the basis of the created system.
We receive words of appreciation from all over the world and Poland, and thanks to the new visual identification the festival stood out from other similar events; the new identification has brought freshness and a new perspective to the global environment of short film festivals. 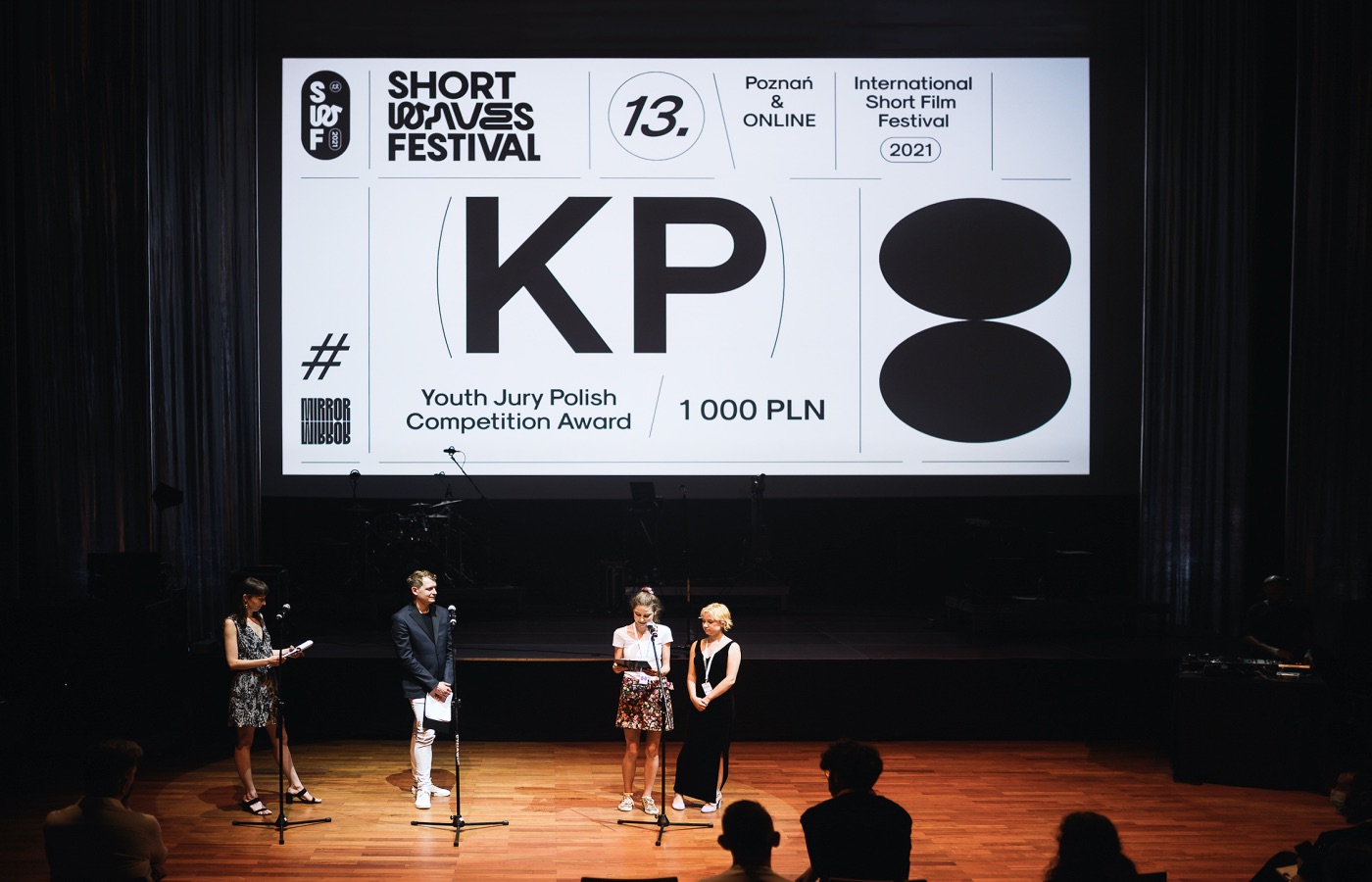 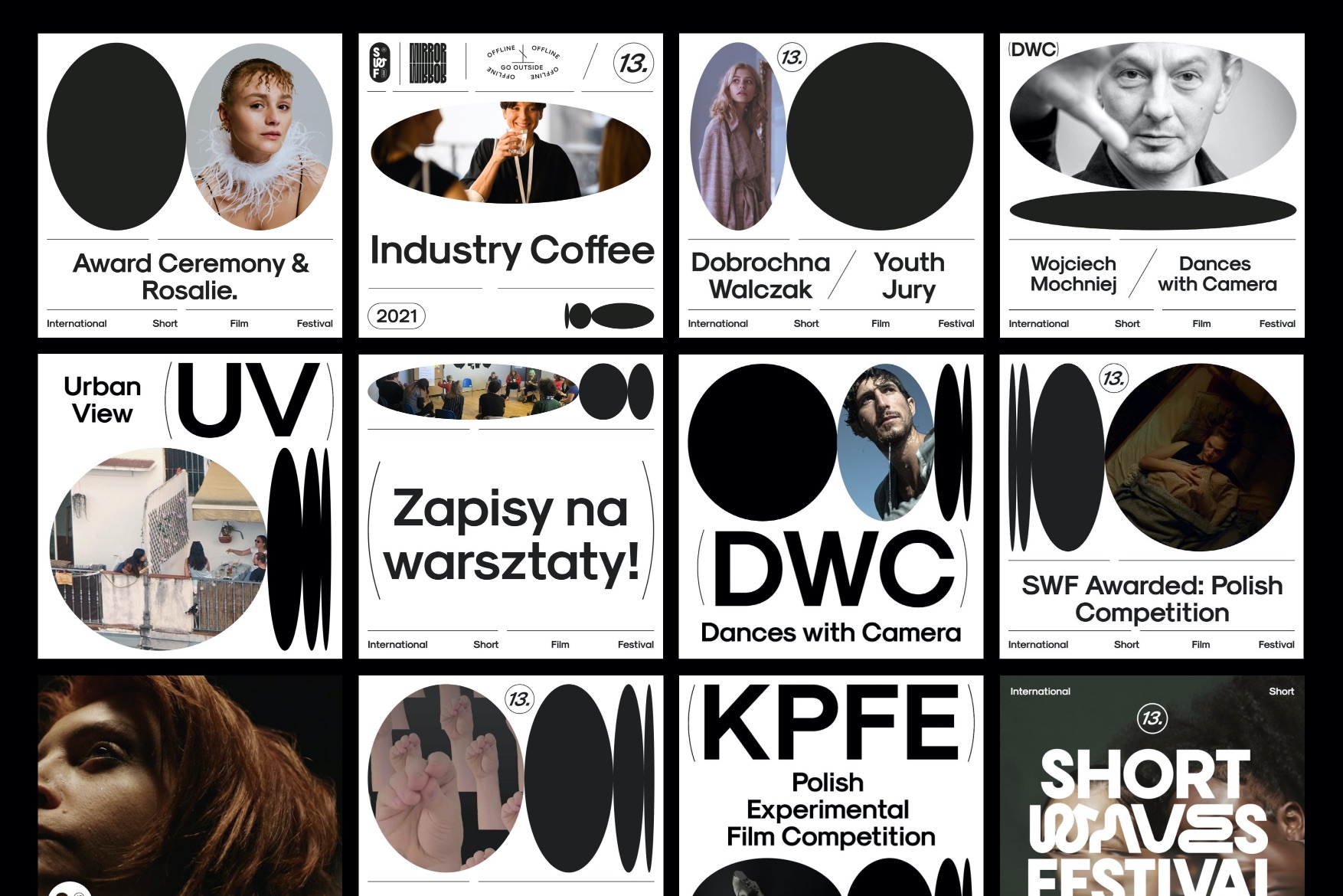 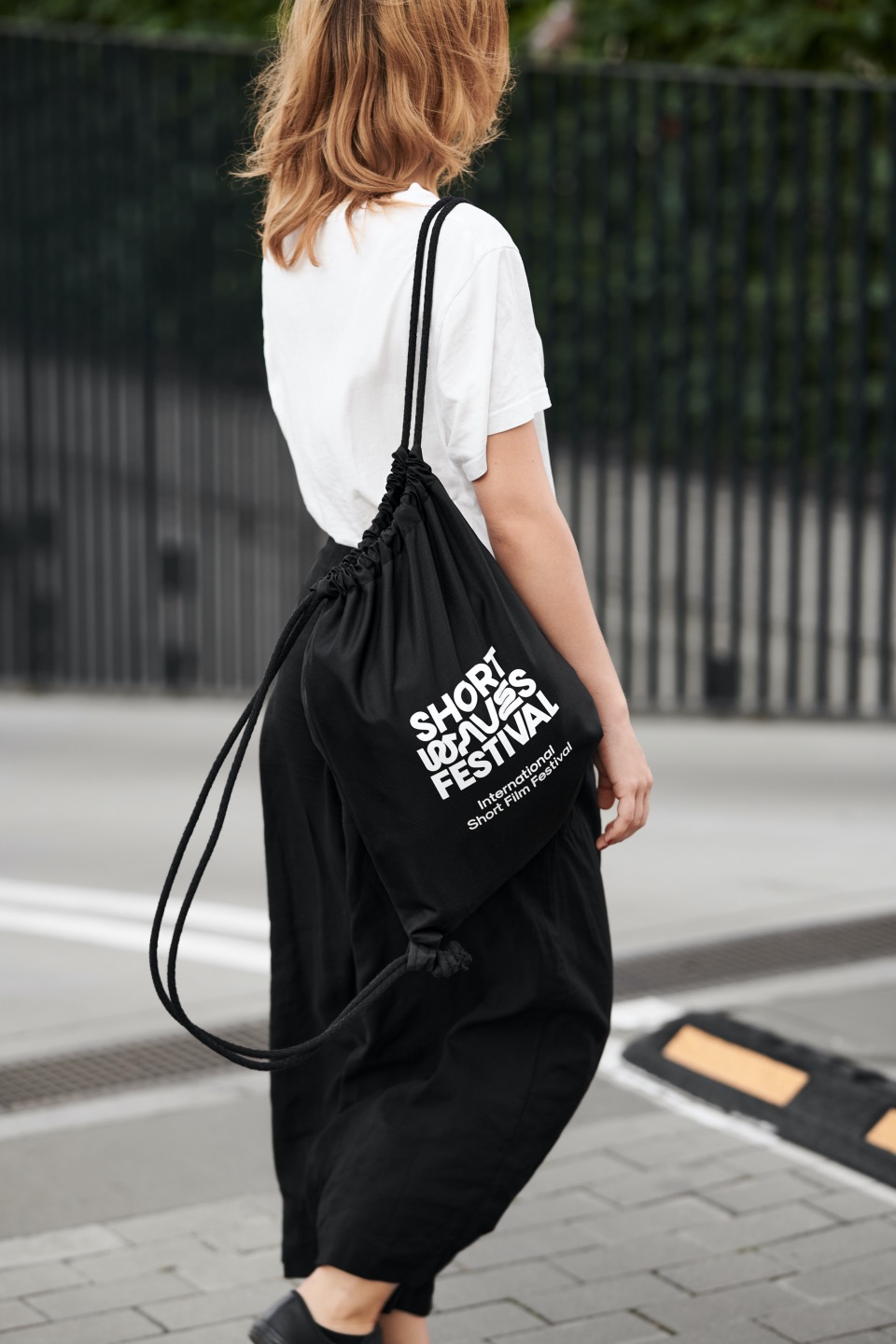 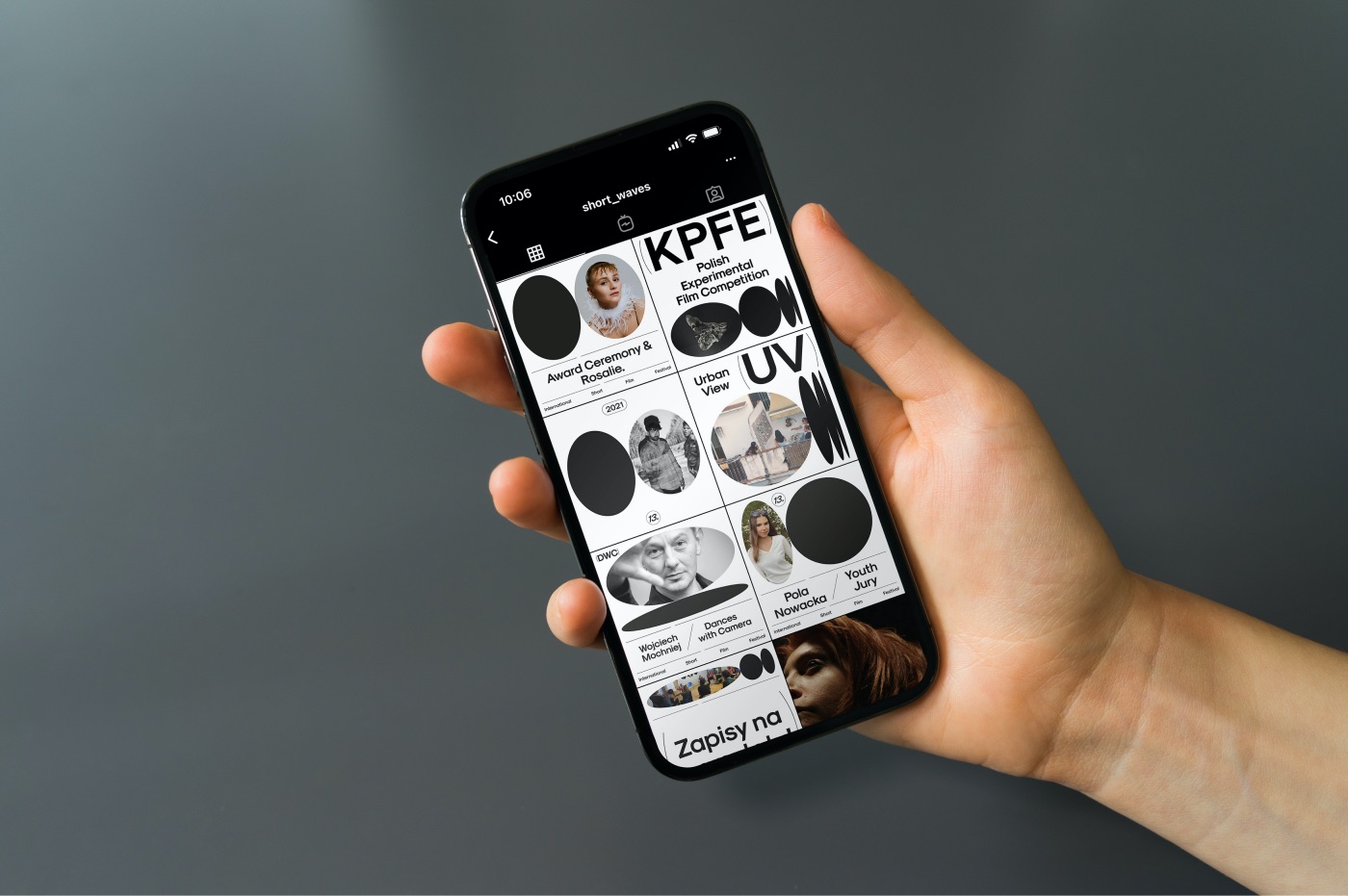 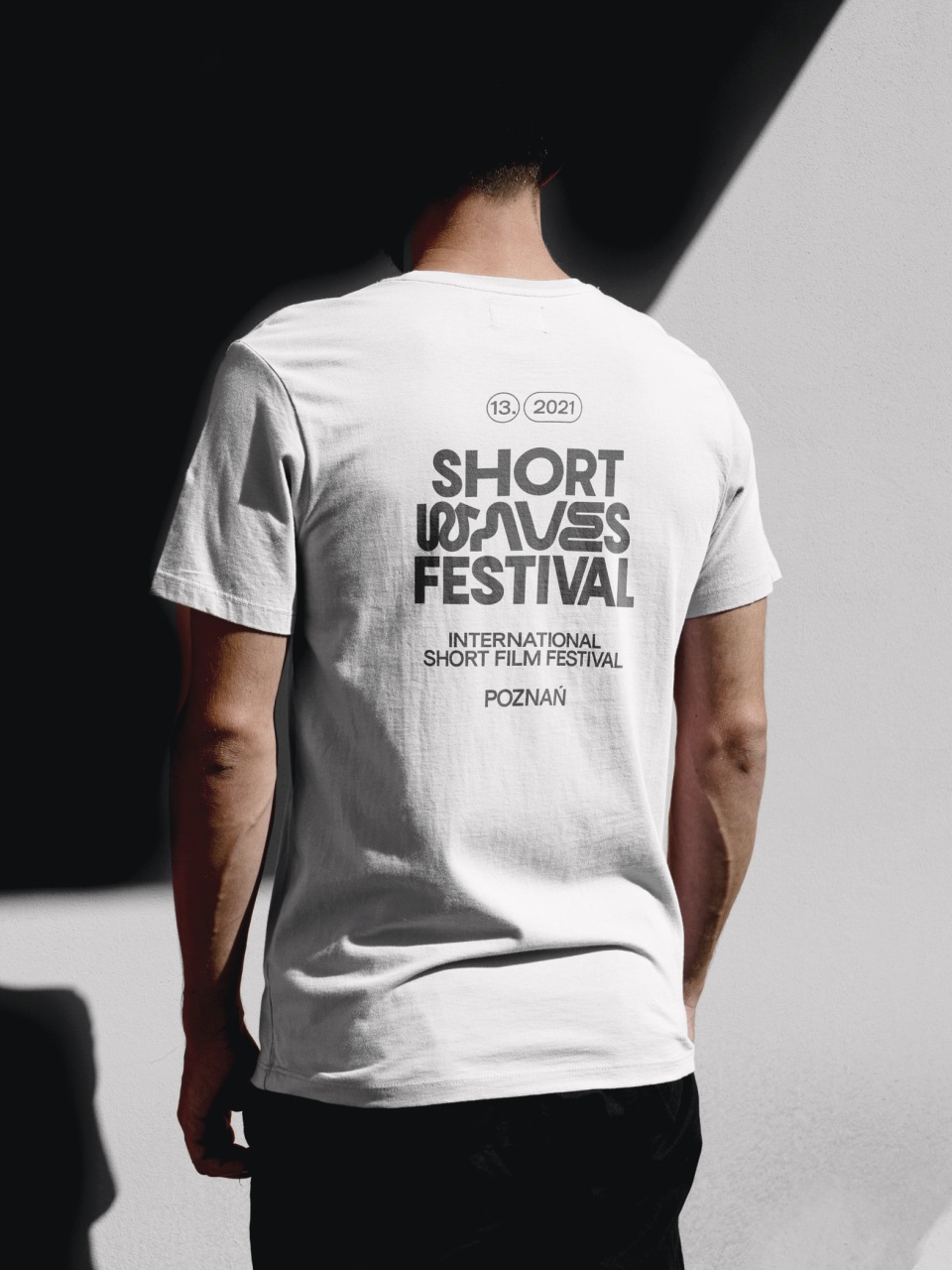 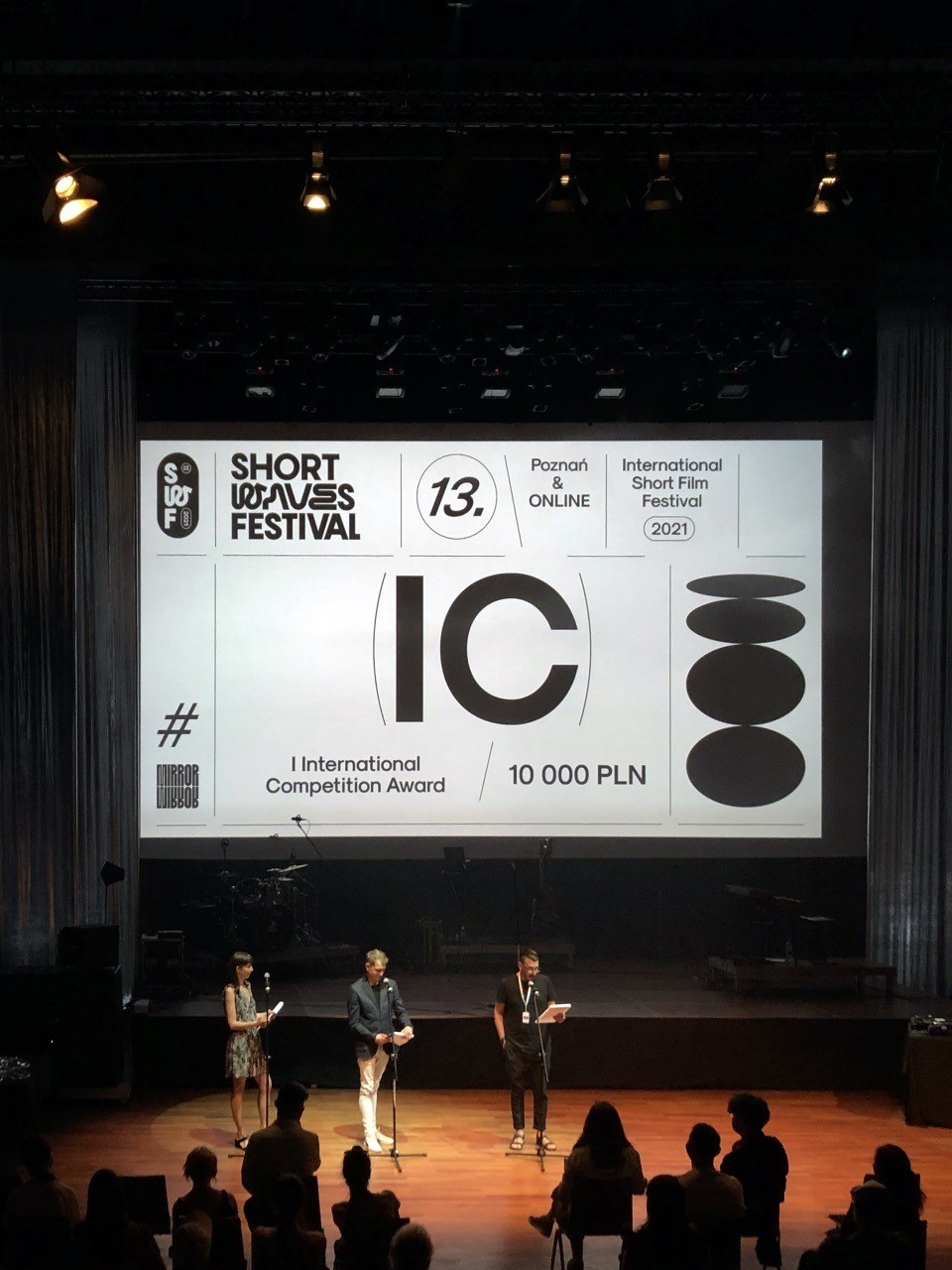 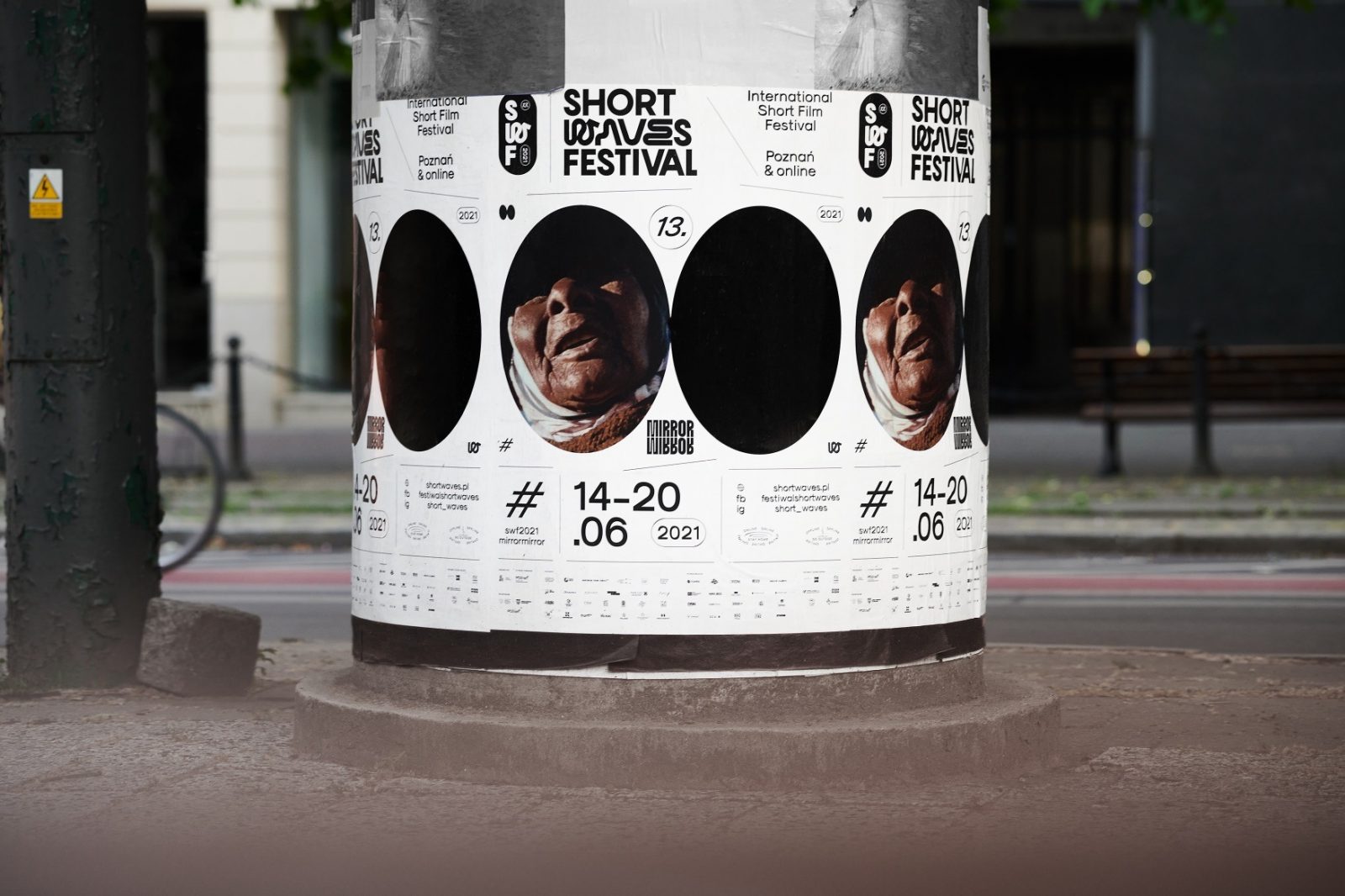 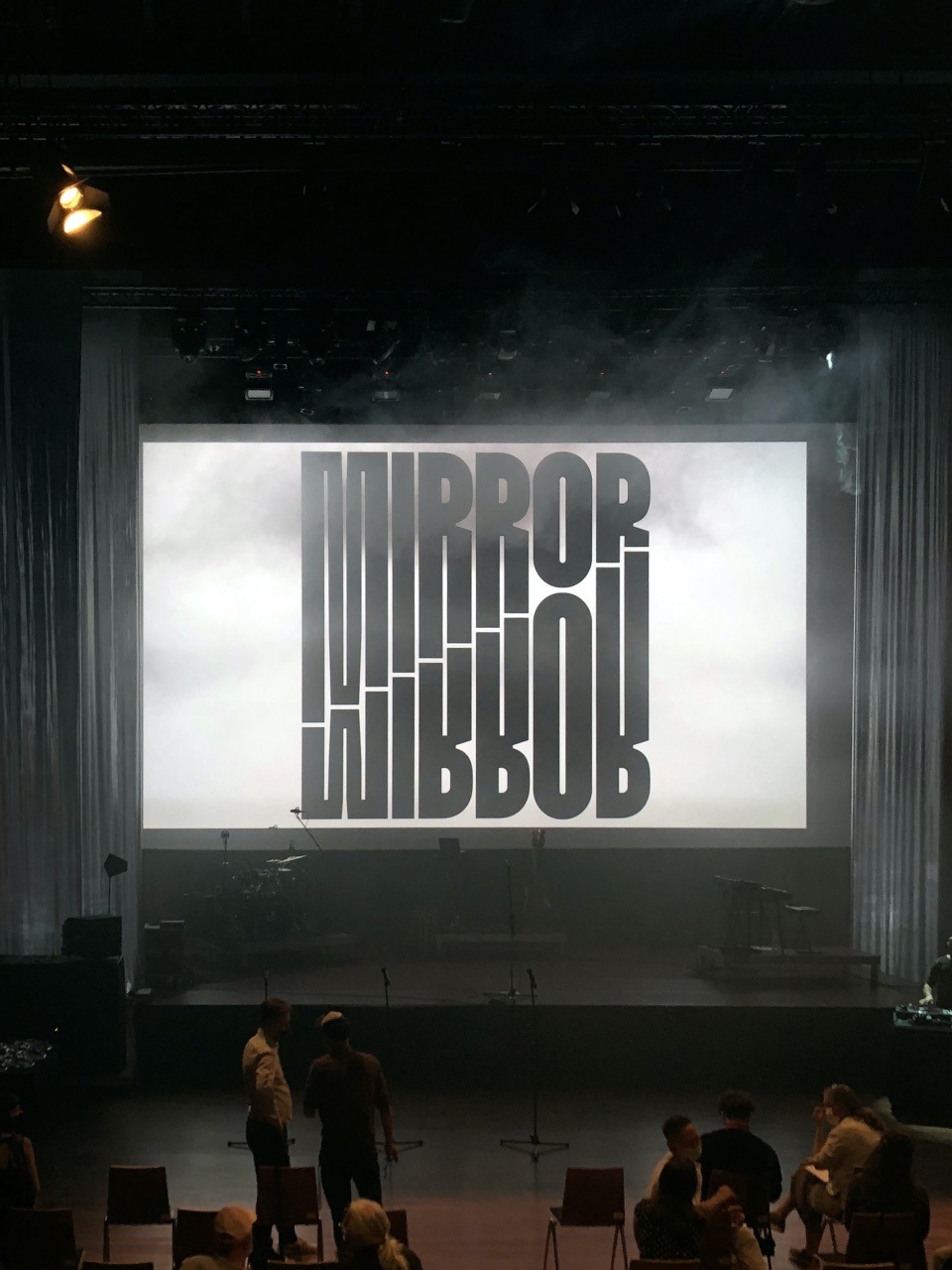 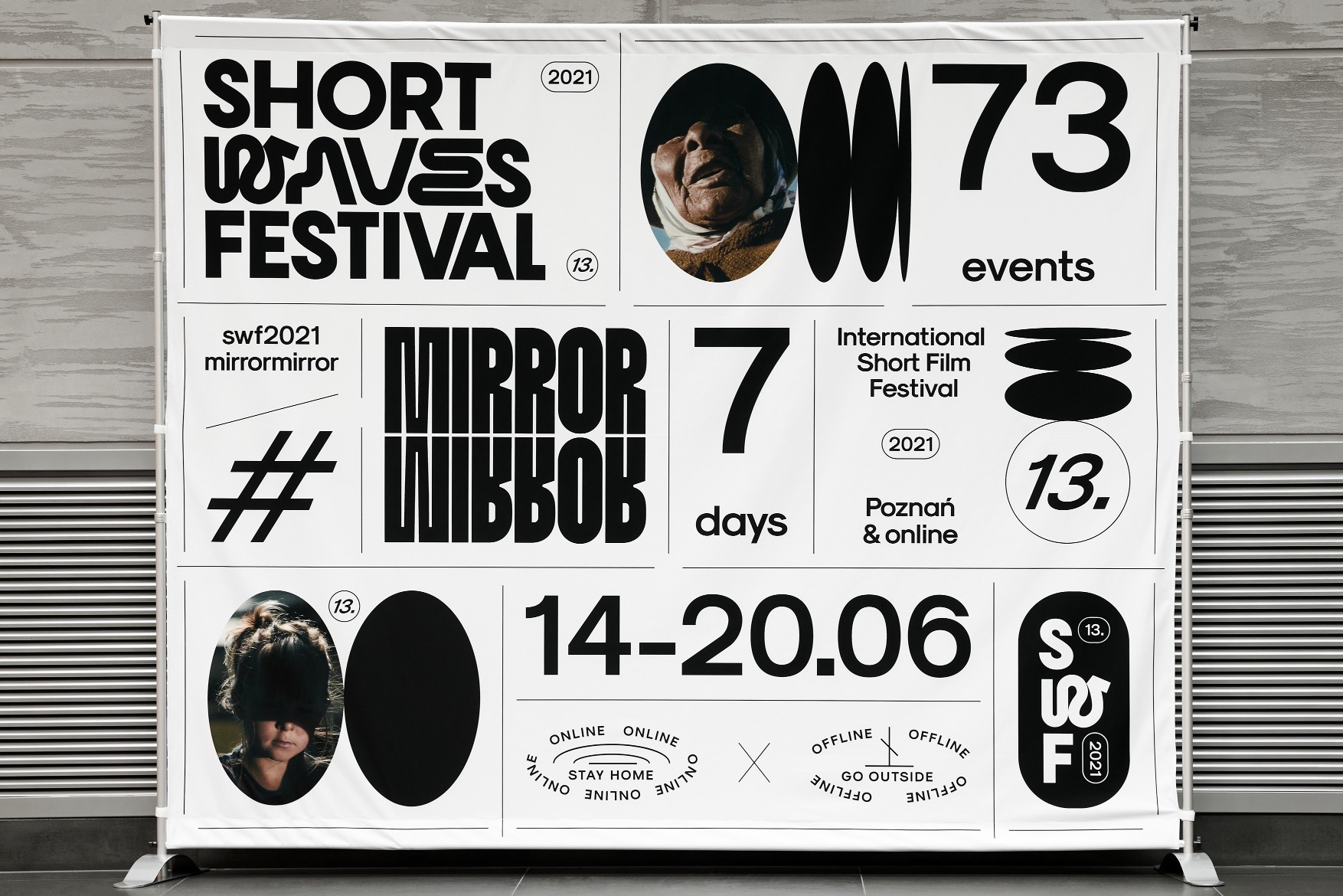