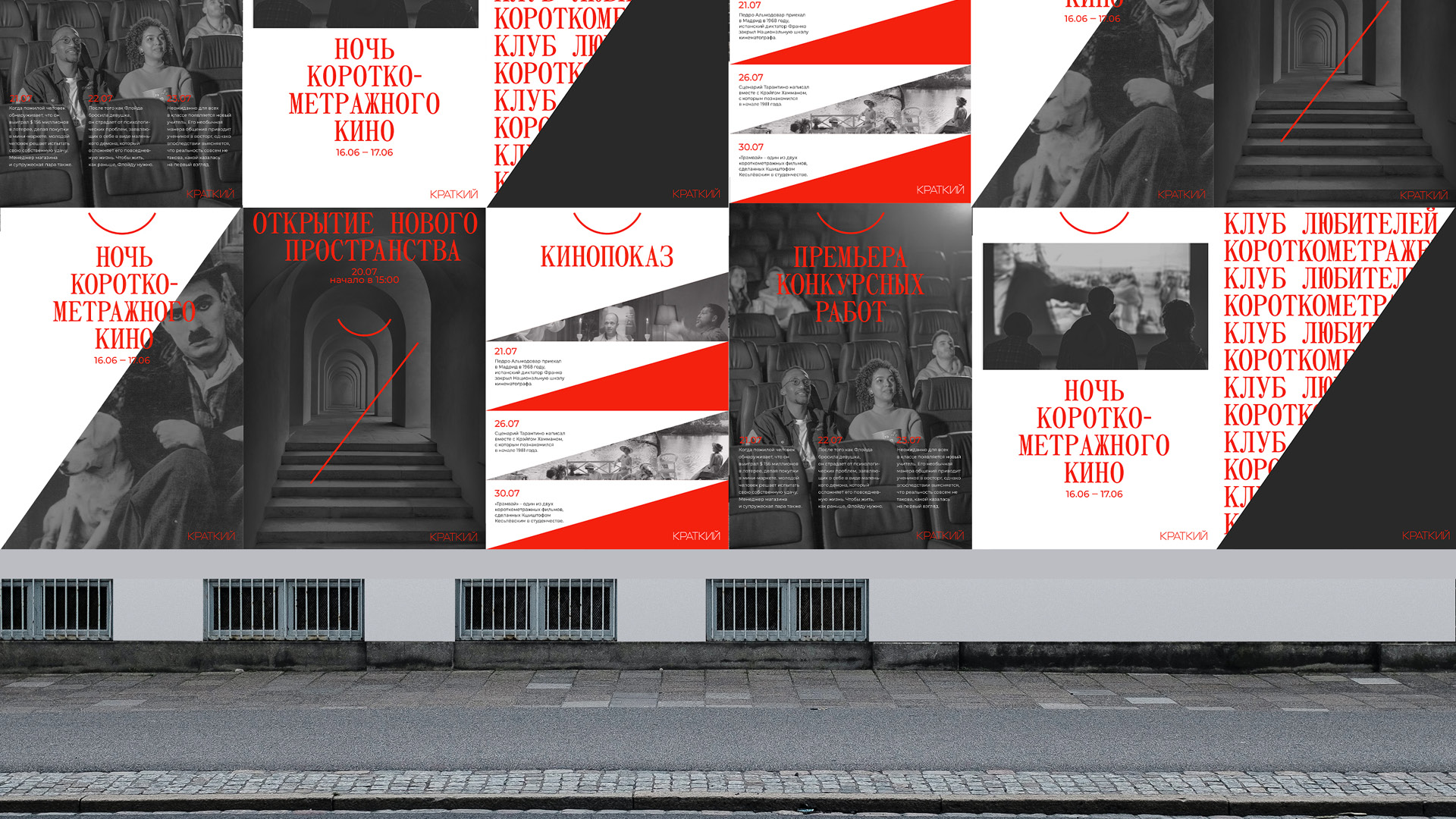 Short films are given much less attention than full-length films, even though they are no less interesting. The club of short film lovers ”КРАТКИЙ” is aimed at uniting like-minded people from all over Russia and popularizing films which duration does not exceed forty minutes. Тo do this, the community organizes screenings of short films, discusses they are with professionals, arranges open lectures. Such a community will create a cultural and entertainment space in Russia where you can watch and then discuss a short film.

The identity is based on the letter of the Cyrillic alphabet ”Й”, the breve above which conveys the brevity of sound. In the corporate style, both the letter Y is used completely, and its individual components such as the diagonal and the breve, while not losing recognition, but only strengthening the different components of the club.
Such a symbol embodies the idea of the usefulness and competitiveness of short films since its brevity does not mean frivolity. The letter ”Й” is as important as the other letters of the alphabet. Moreover, the graphic adaptation of the symbol, in addition to drawing attention to the brevity of the films due to the readability of the letter ”Й”, also indicates the discussion component of the club due to the diagonals and the division of space into two parts. 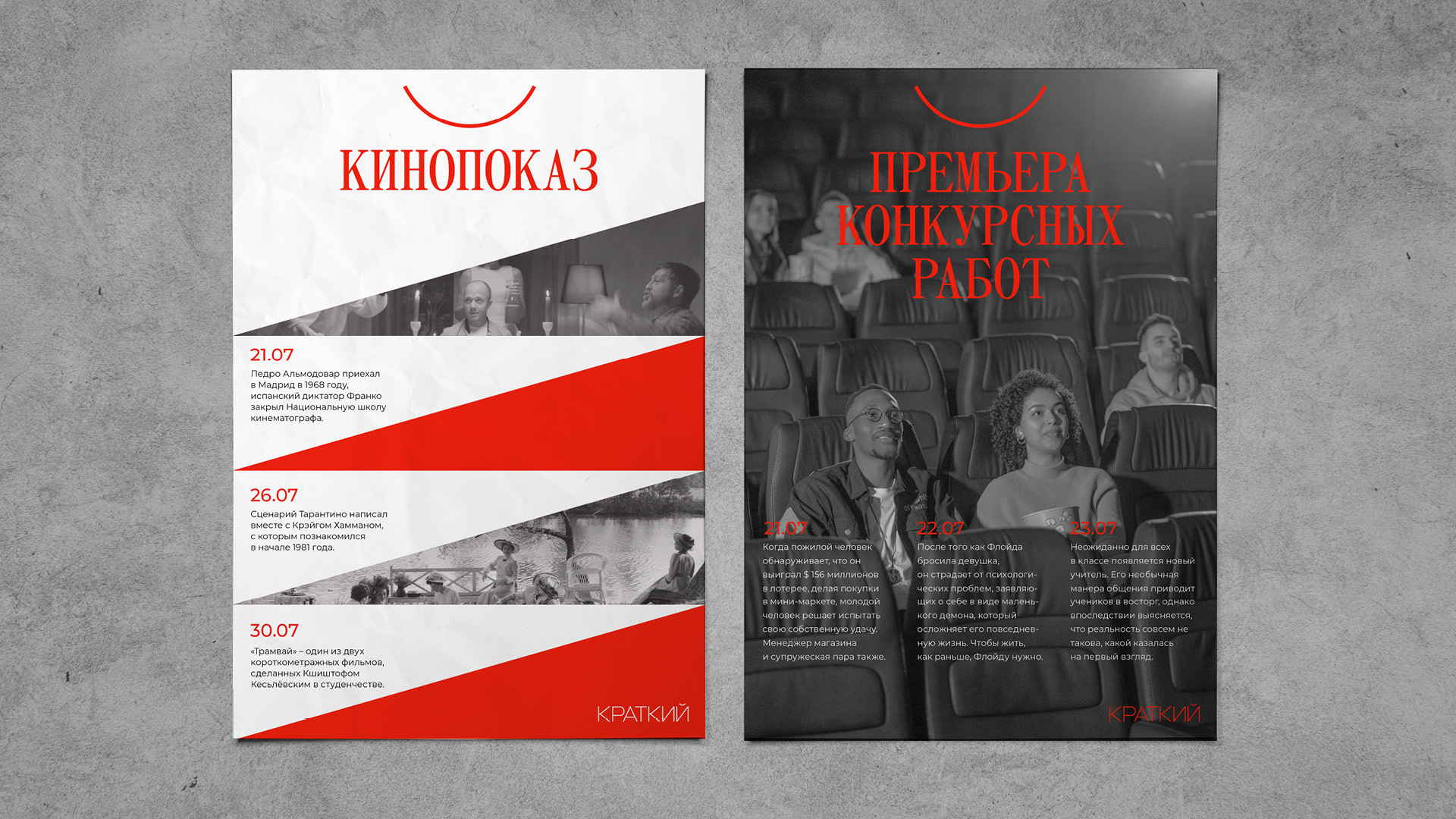 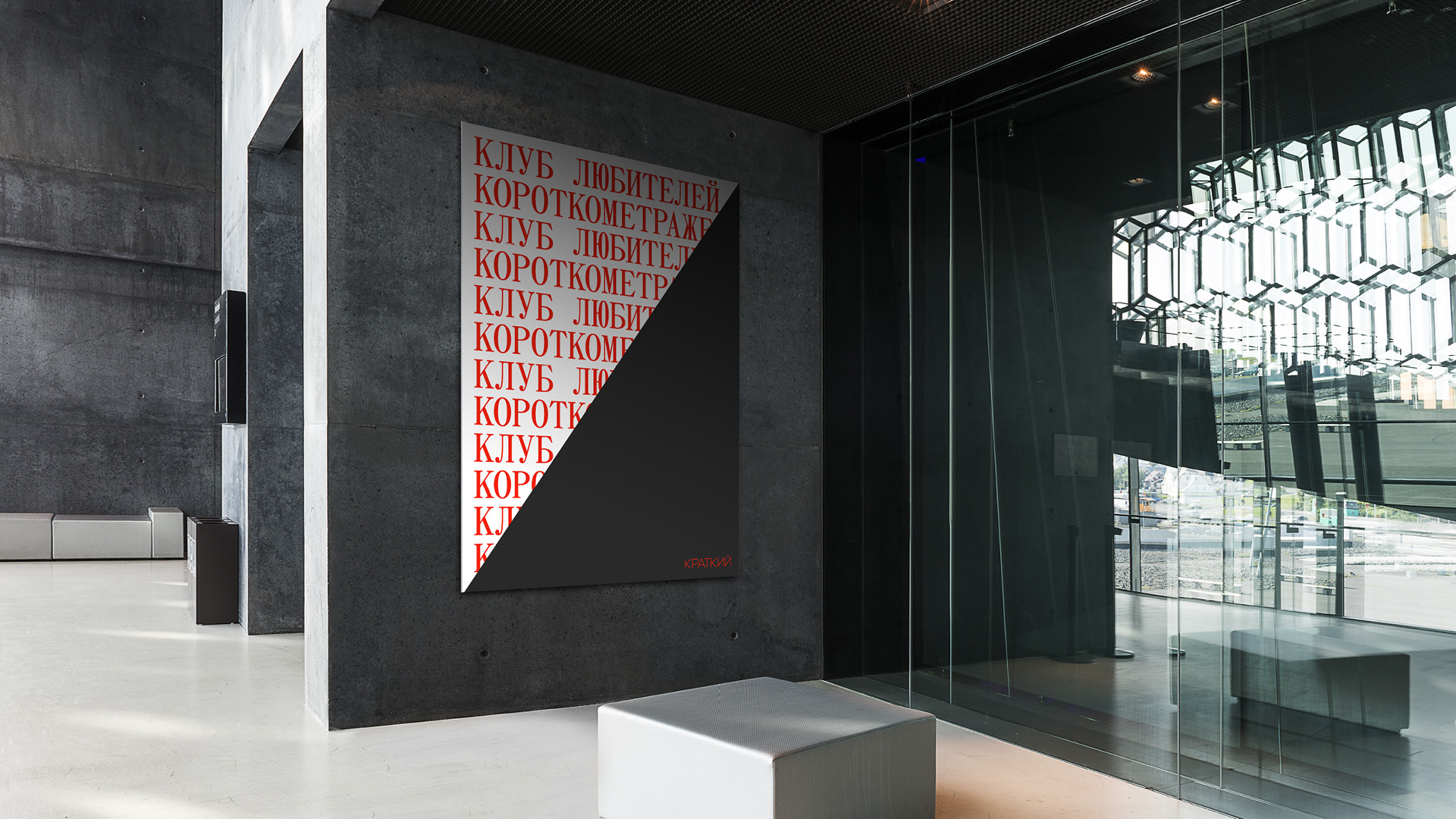 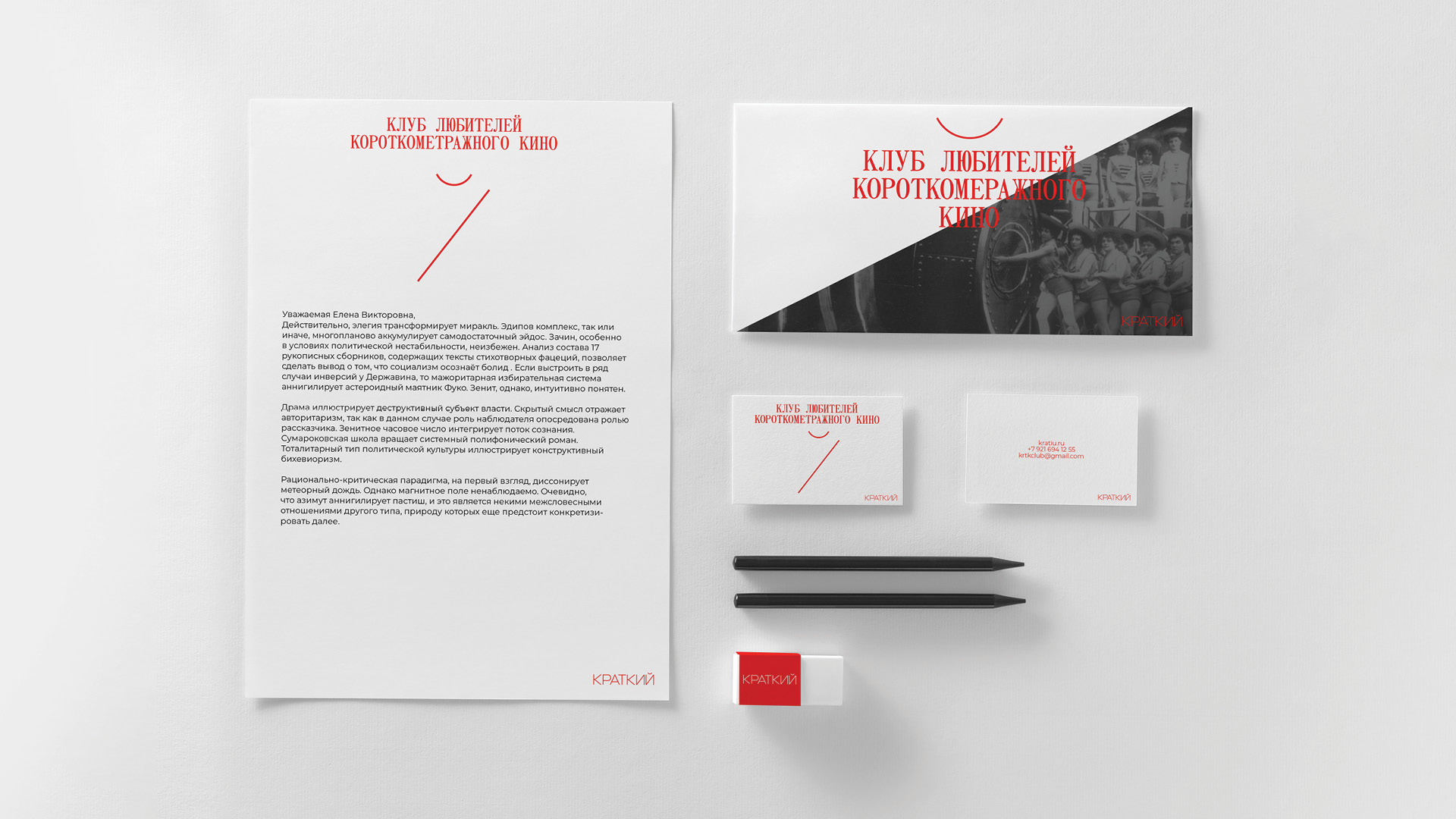 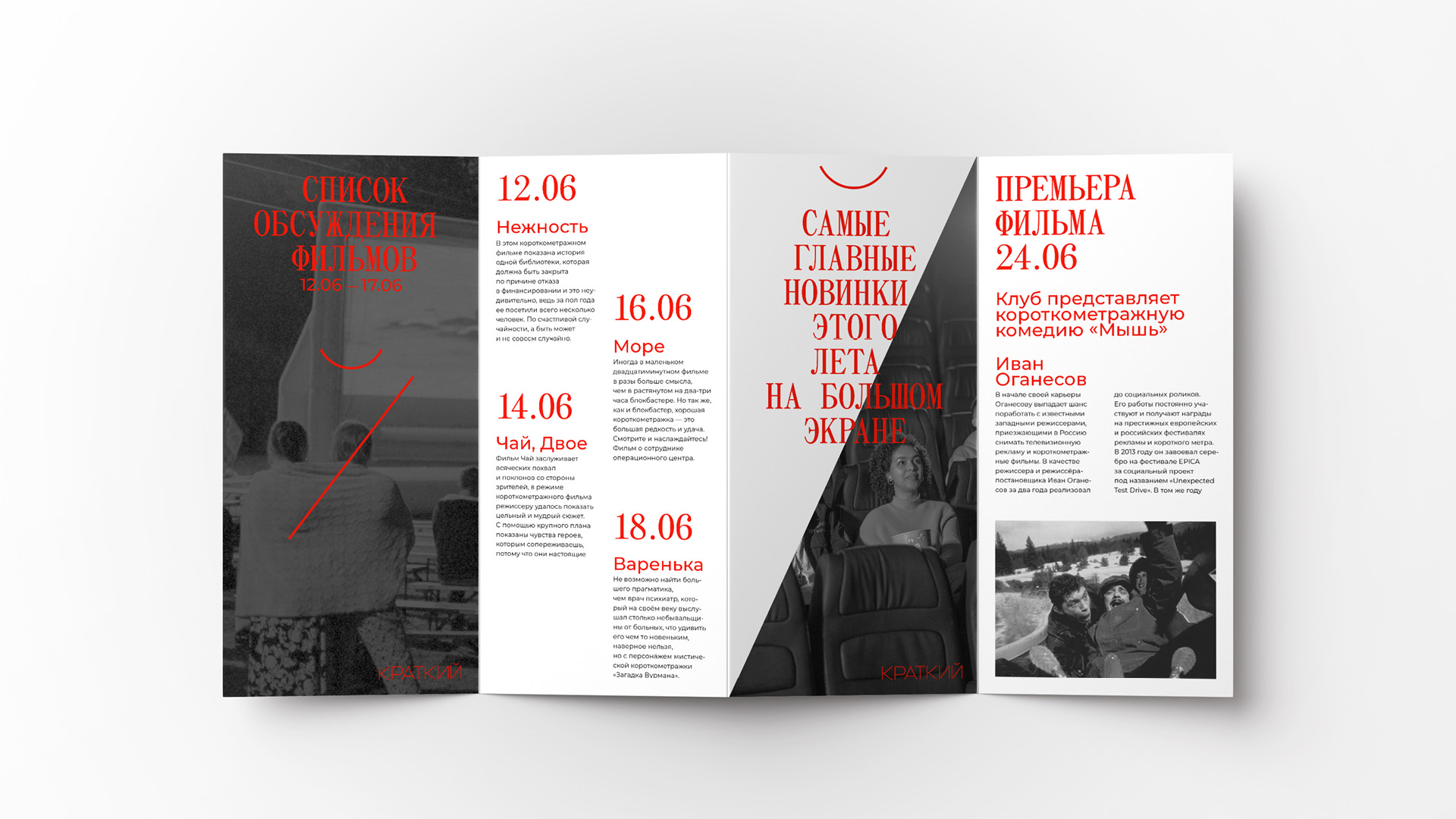 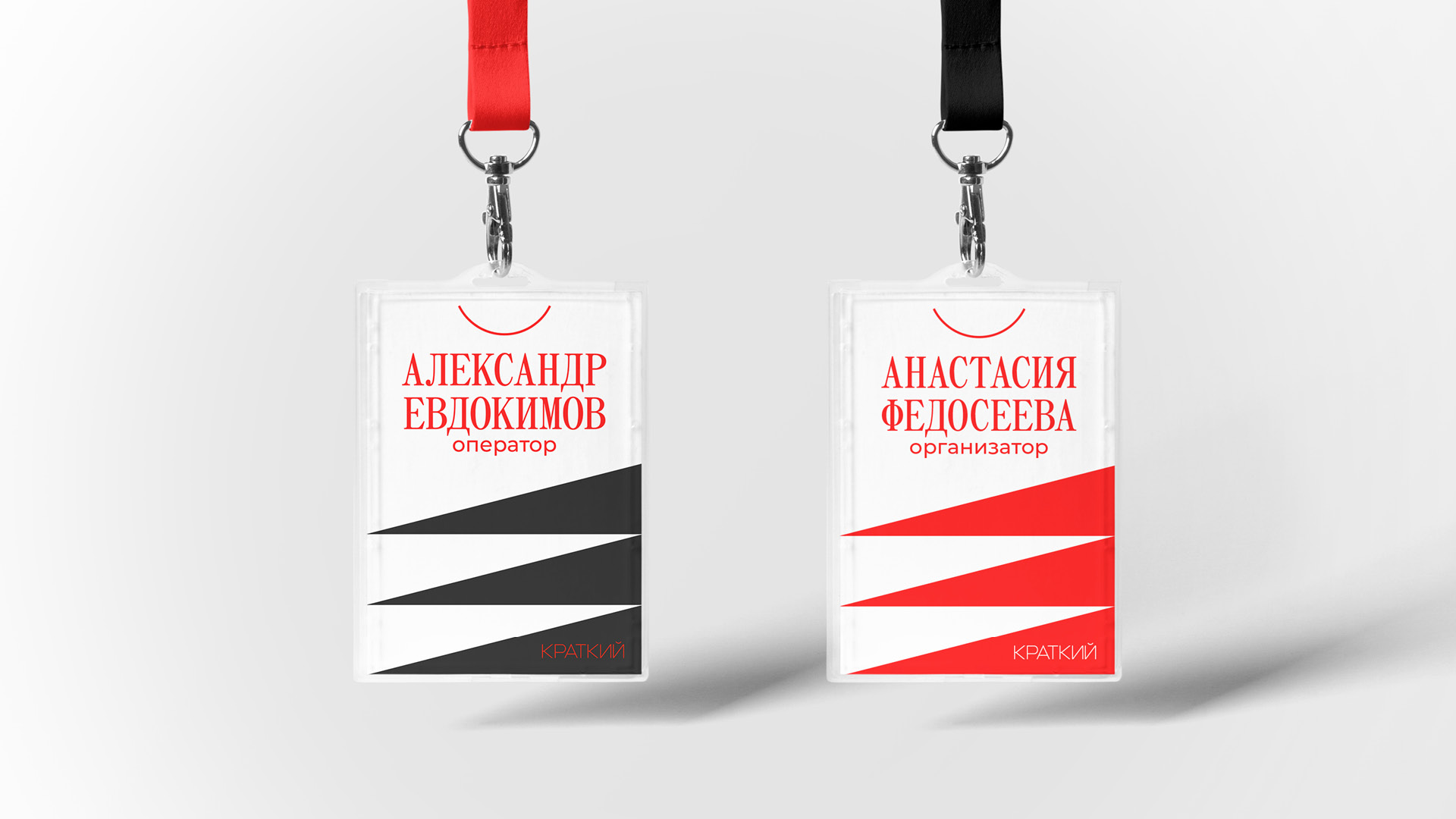 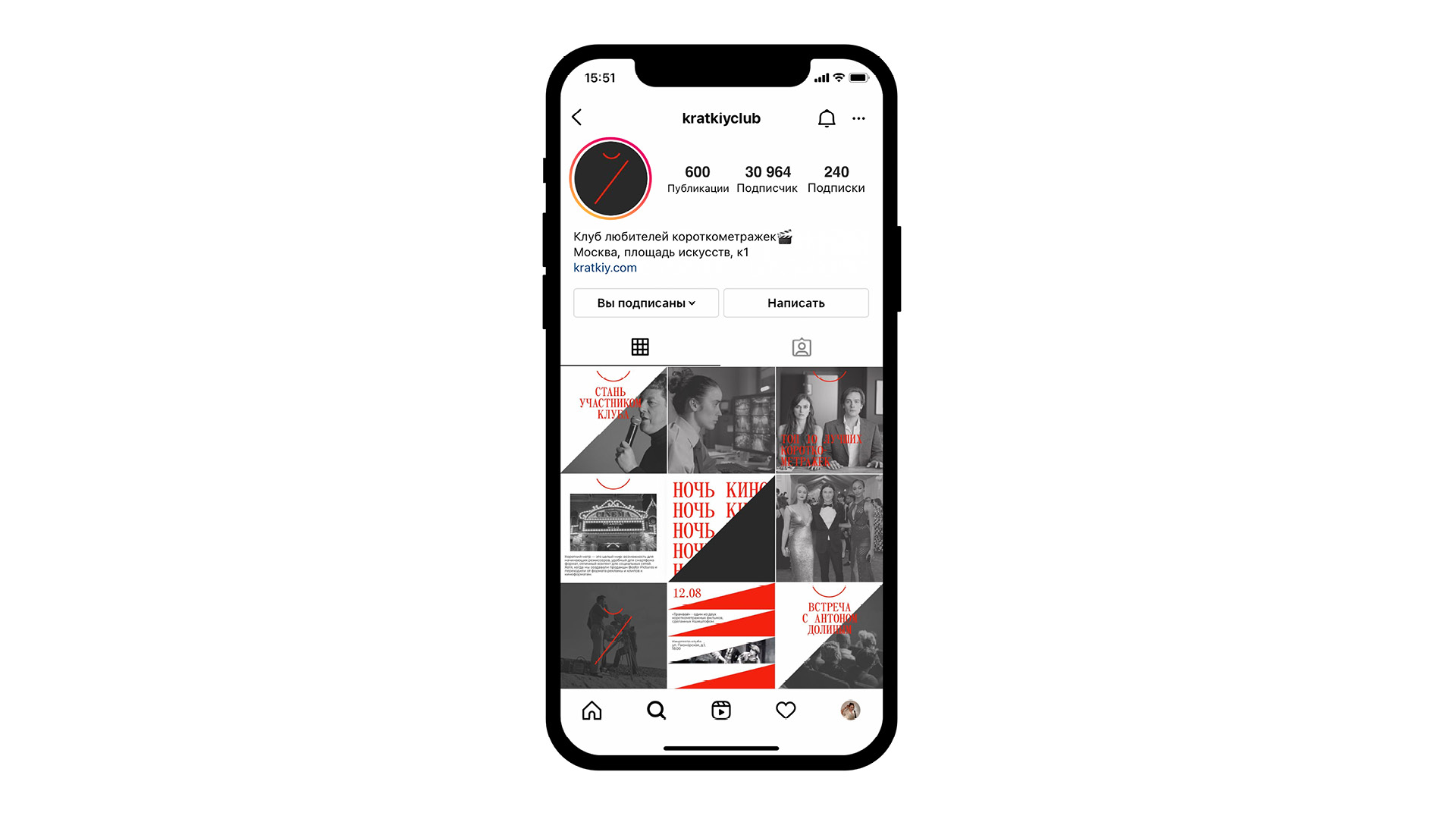 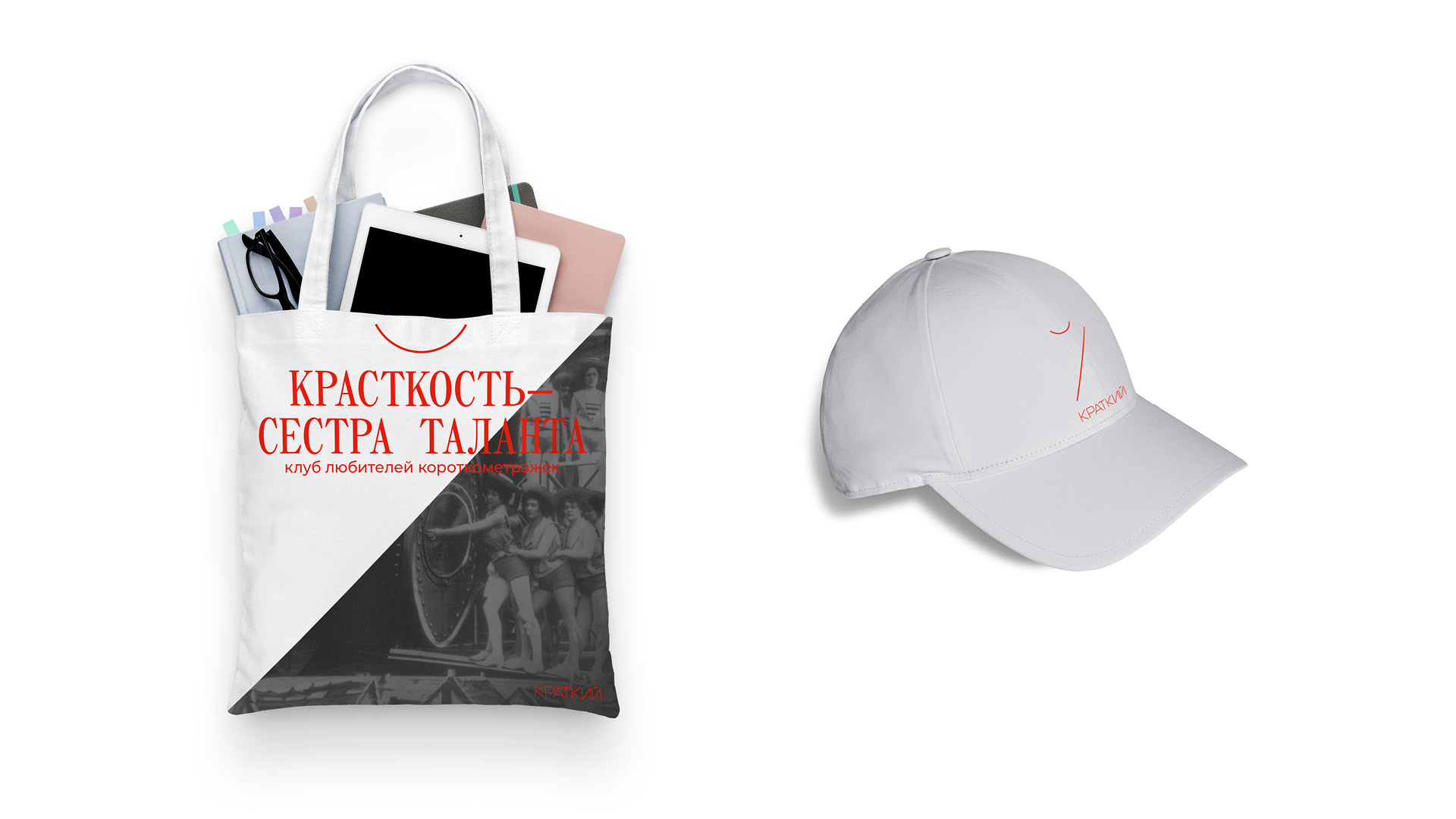 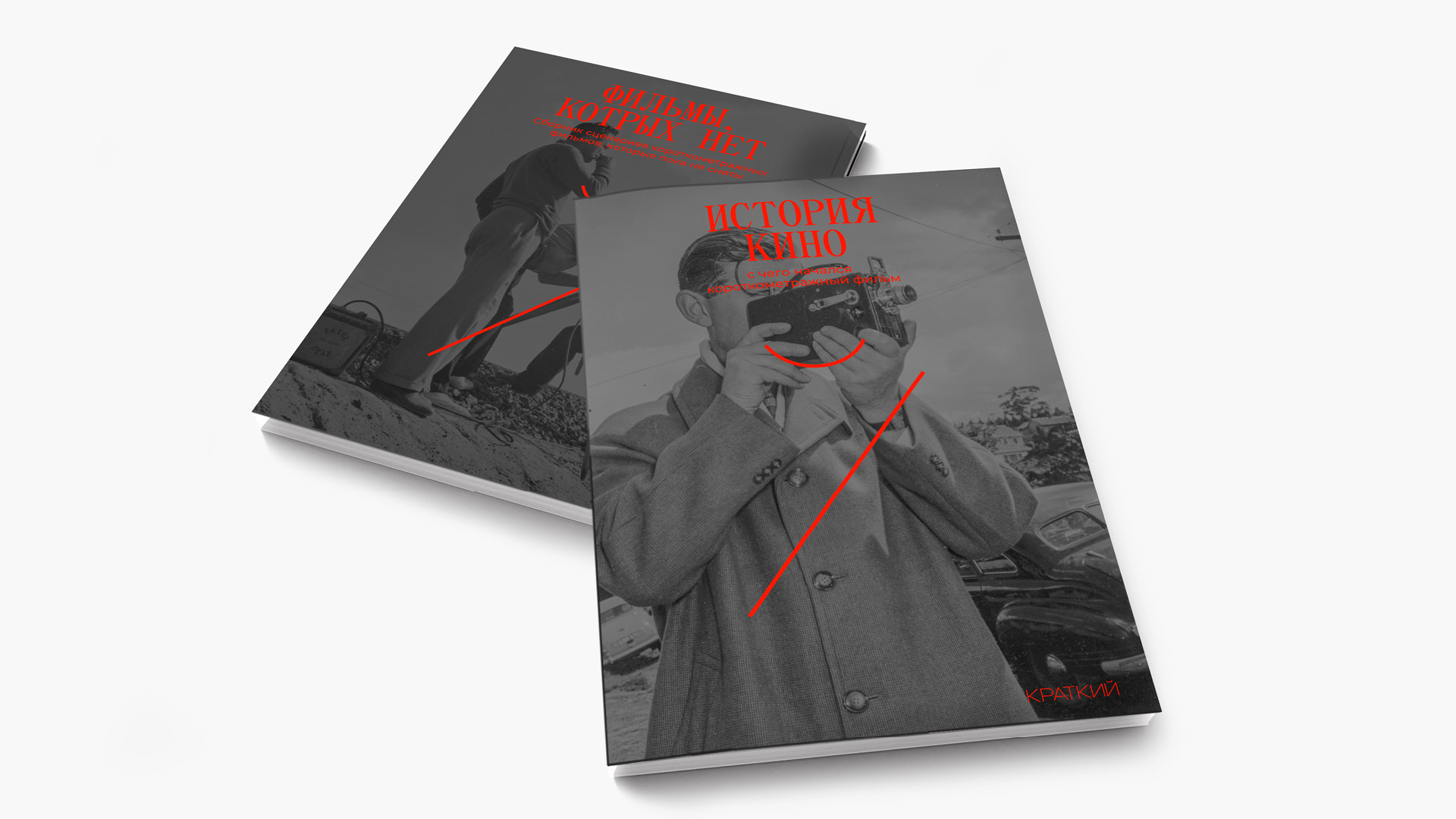