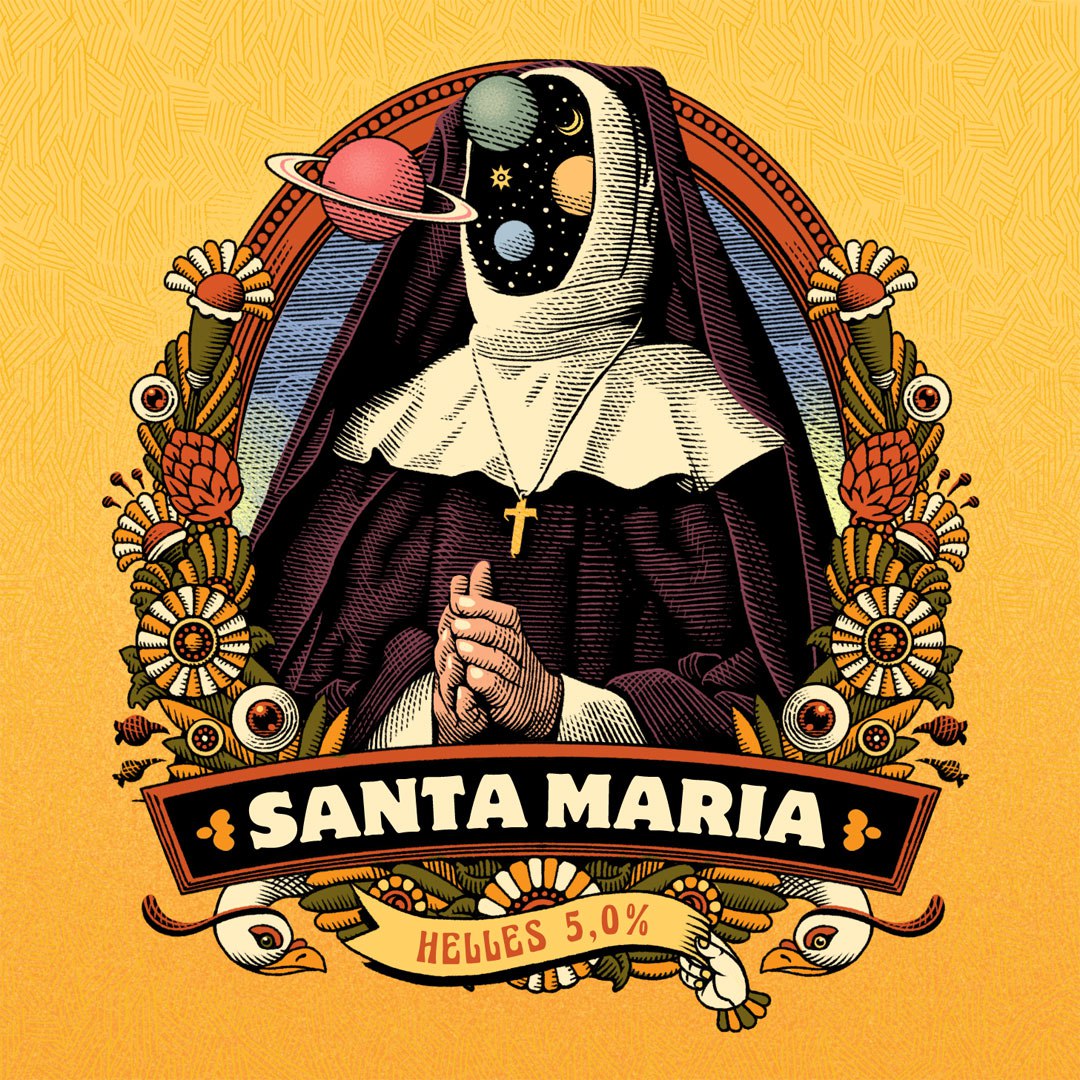 I projected and illustrated a line of craft beers having the goal to be bold and very narrative, more like a series of book covers than mere can graphics.

Every can has a character that matches the naming of the beer and tells, somehow, its own story. A lot of Fillmore East, Flying Circus, John Alcorn vibes and a distinct italian editorial ‘70s flavor in this project, I wanted them to be funny and captivating but very serious in their design process. Illustrations are all hand made using pen and ink on a scratchable surface and then digitally colored; inspirations were mainly old californian rock posters and 19th century adventure book covers, to have a retro feeling but with bright colors to give it a more contemporary twist.

The first can has a nun because the Santa Maria brewery is located in a dismissed cloistery of the same name in Verona, the faceless nun is the brewery’s logo, hence the subject for the self-titled beer. The second can has Sandokan, the malesian pirate from Salgari’s books, because the beer is named Mompracem, the pirates’ island from the books, due to his tropical olfactive notes. The third can, named Supernova for its very strong taste, has an antropomorphization of a supernova star as a young renaissance astronomy muse. It’s because of this strong storytelling behind every beer name that I chose to go with a book cover-like approach, to make every story stand out and speak to the customer.

It helped the brewery to sucessfully estabilish its own line of craft beers, they sold out the first series in a couple of weeks and to produce more; also, very important, the concept has been confirmed for another run of new characters/beers for the early 2022.

The nun illustration is currently being developed in several merchandise options, too; like shirts and beer glasses. 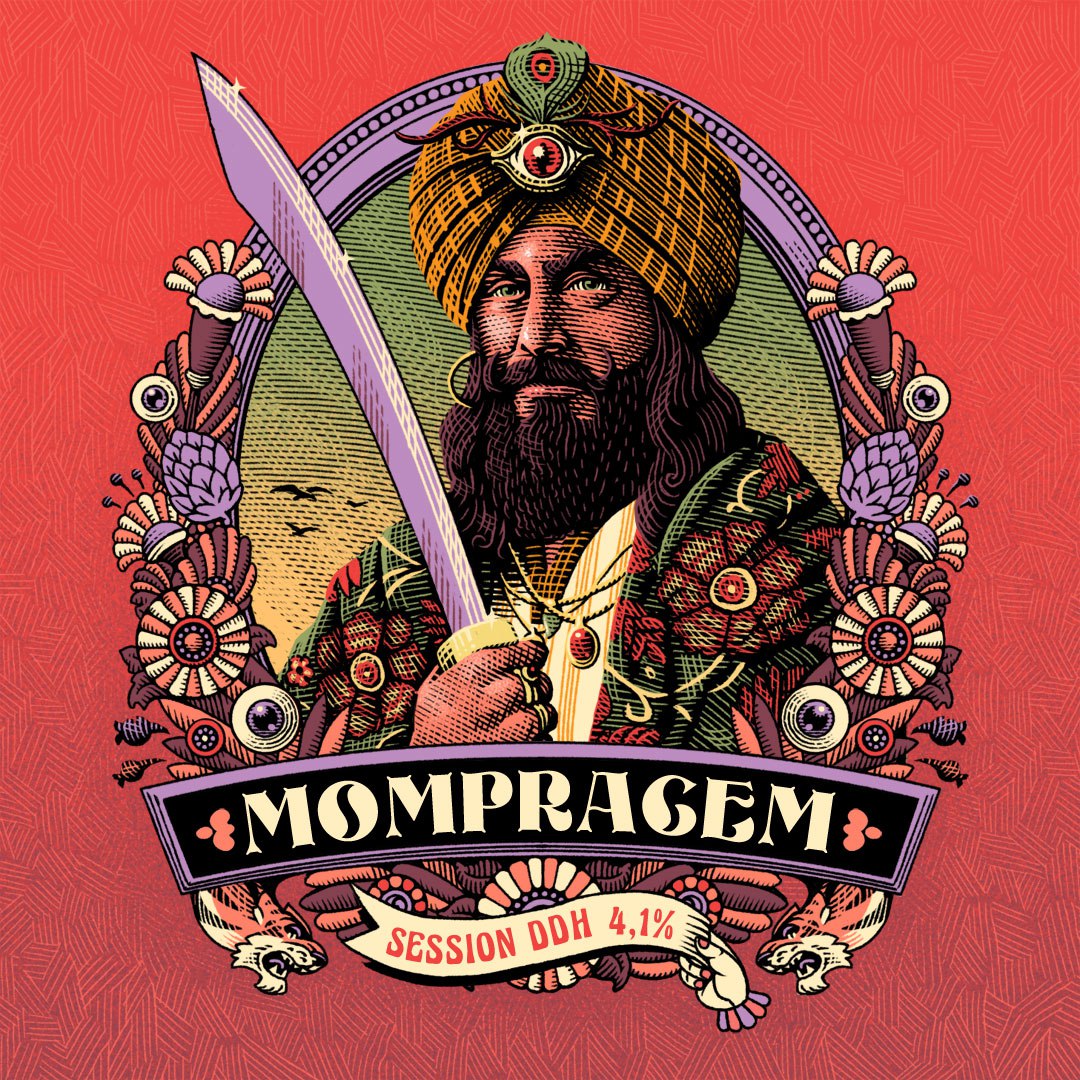 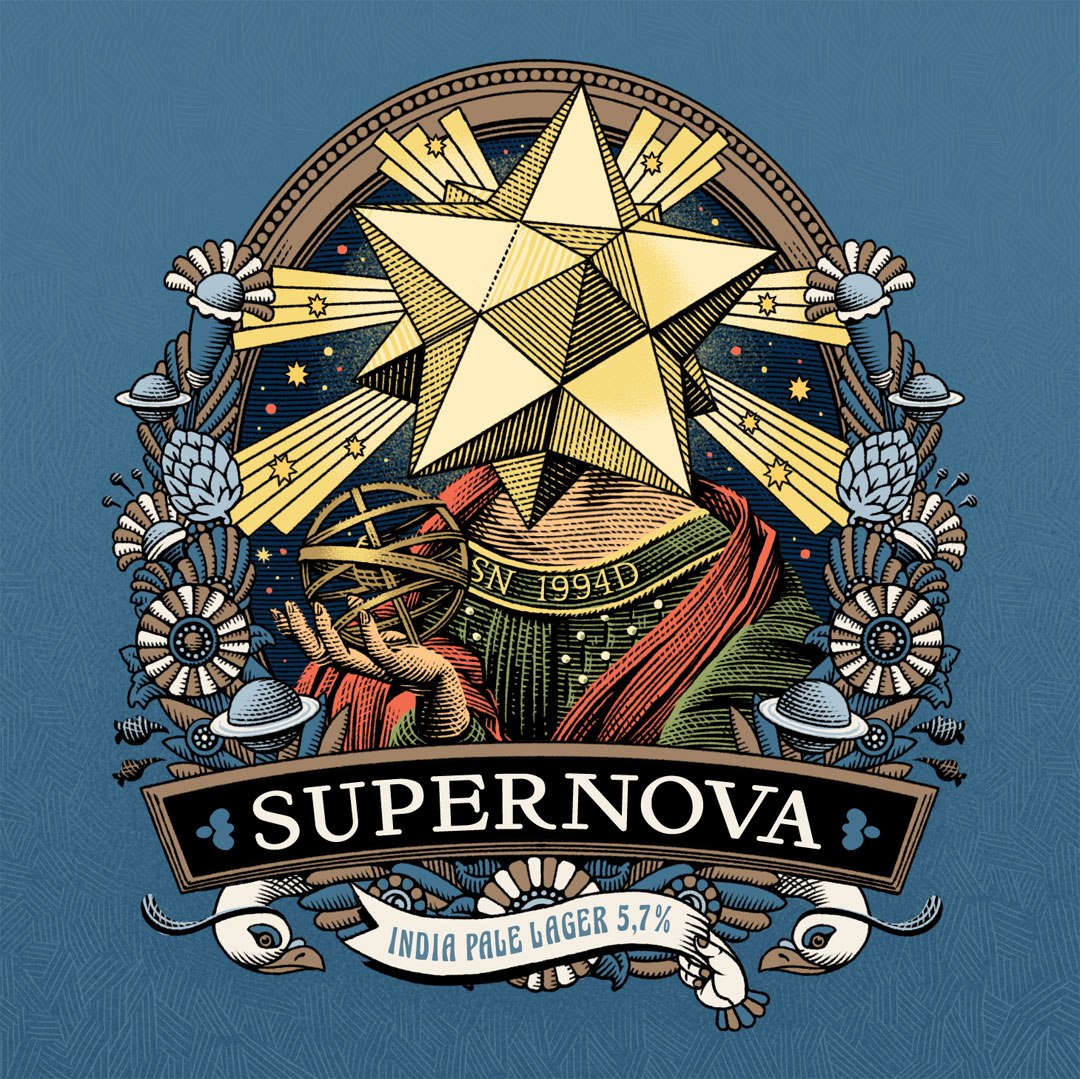 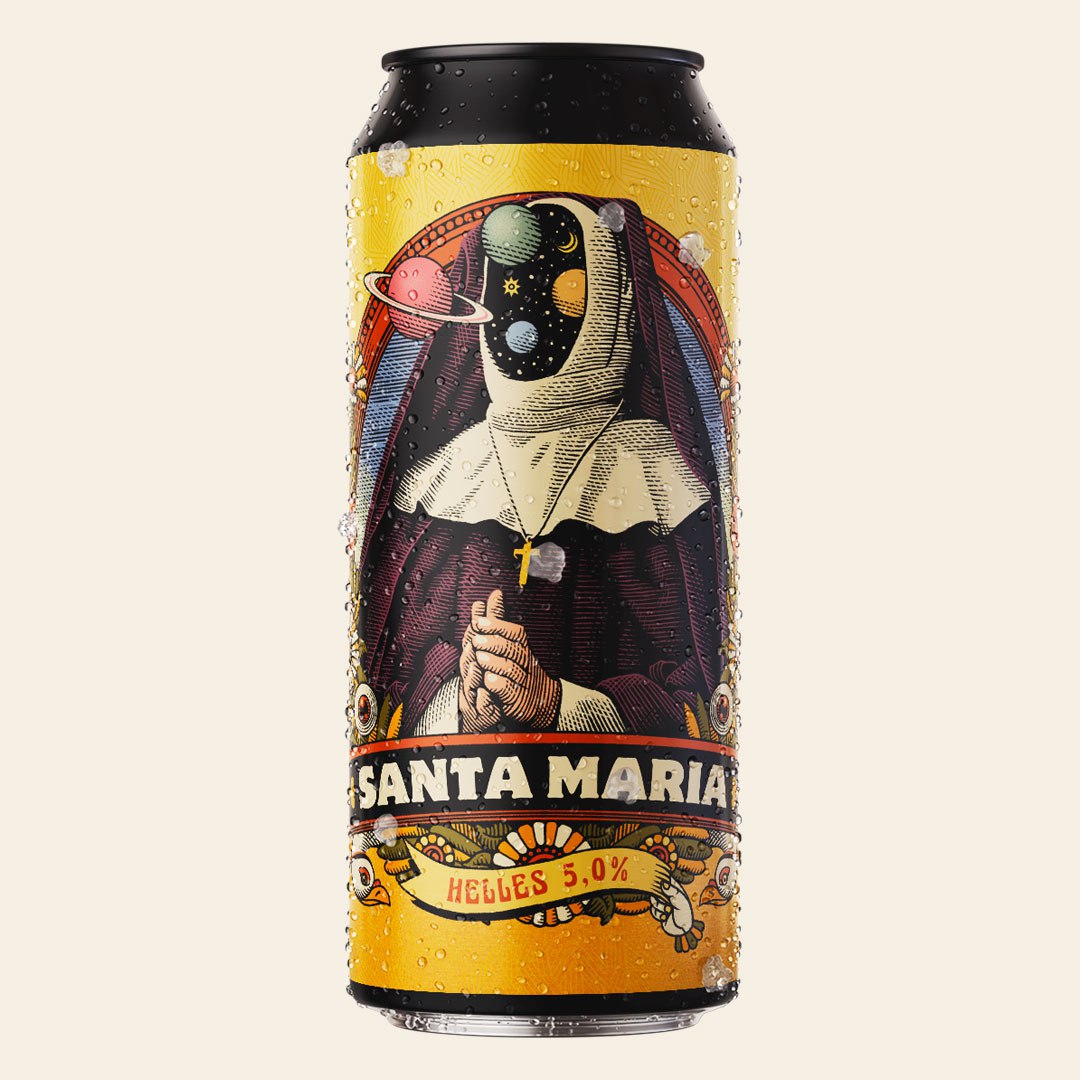 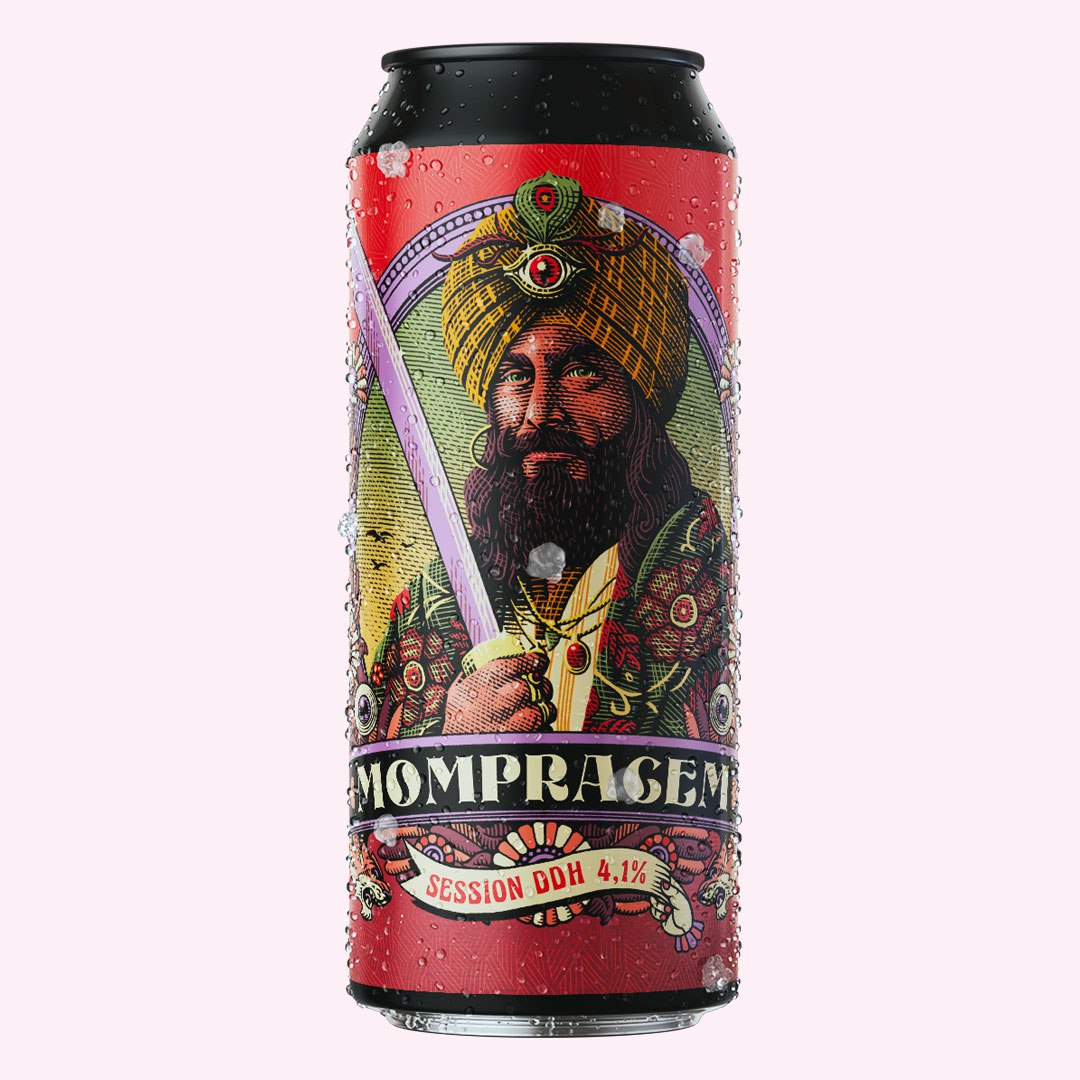 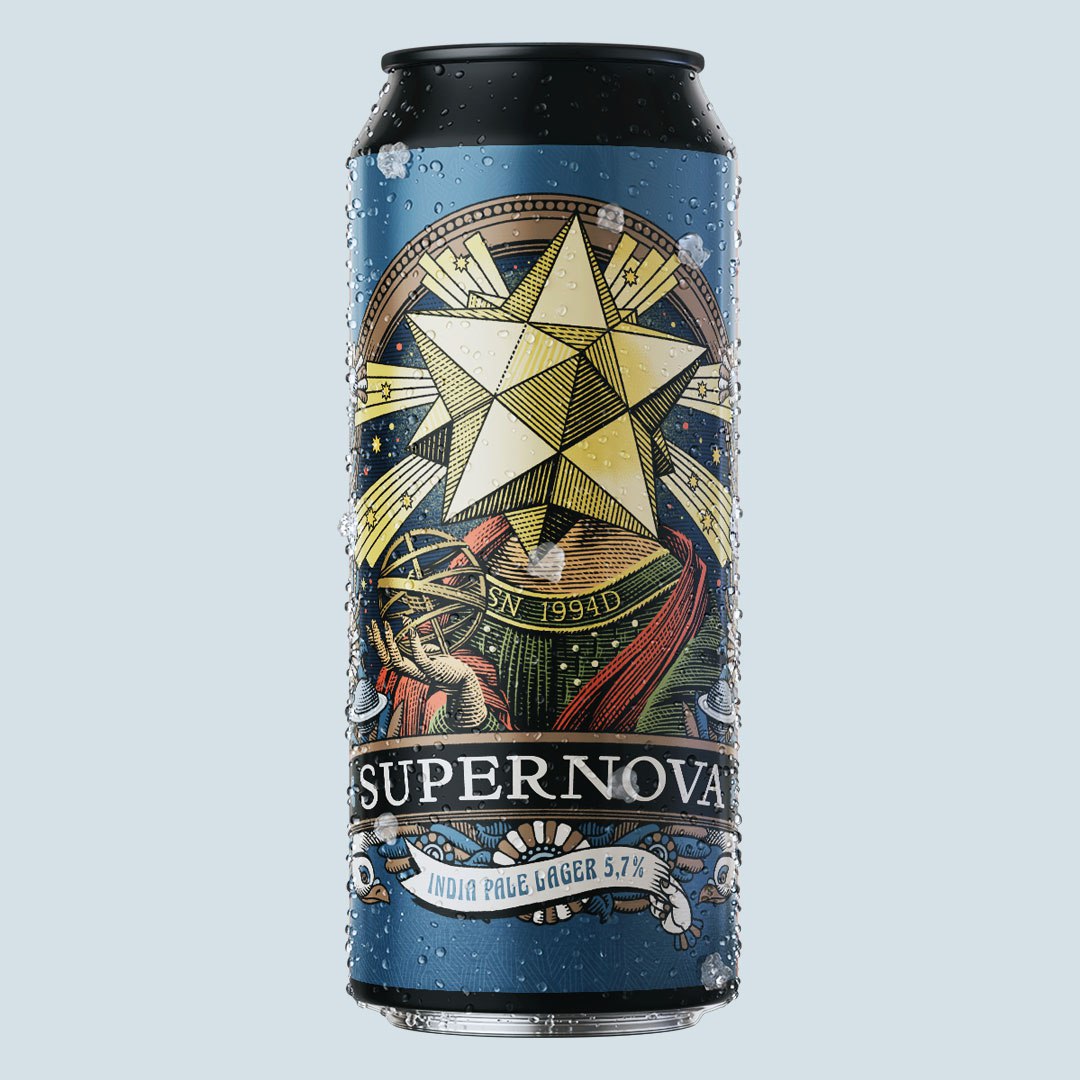