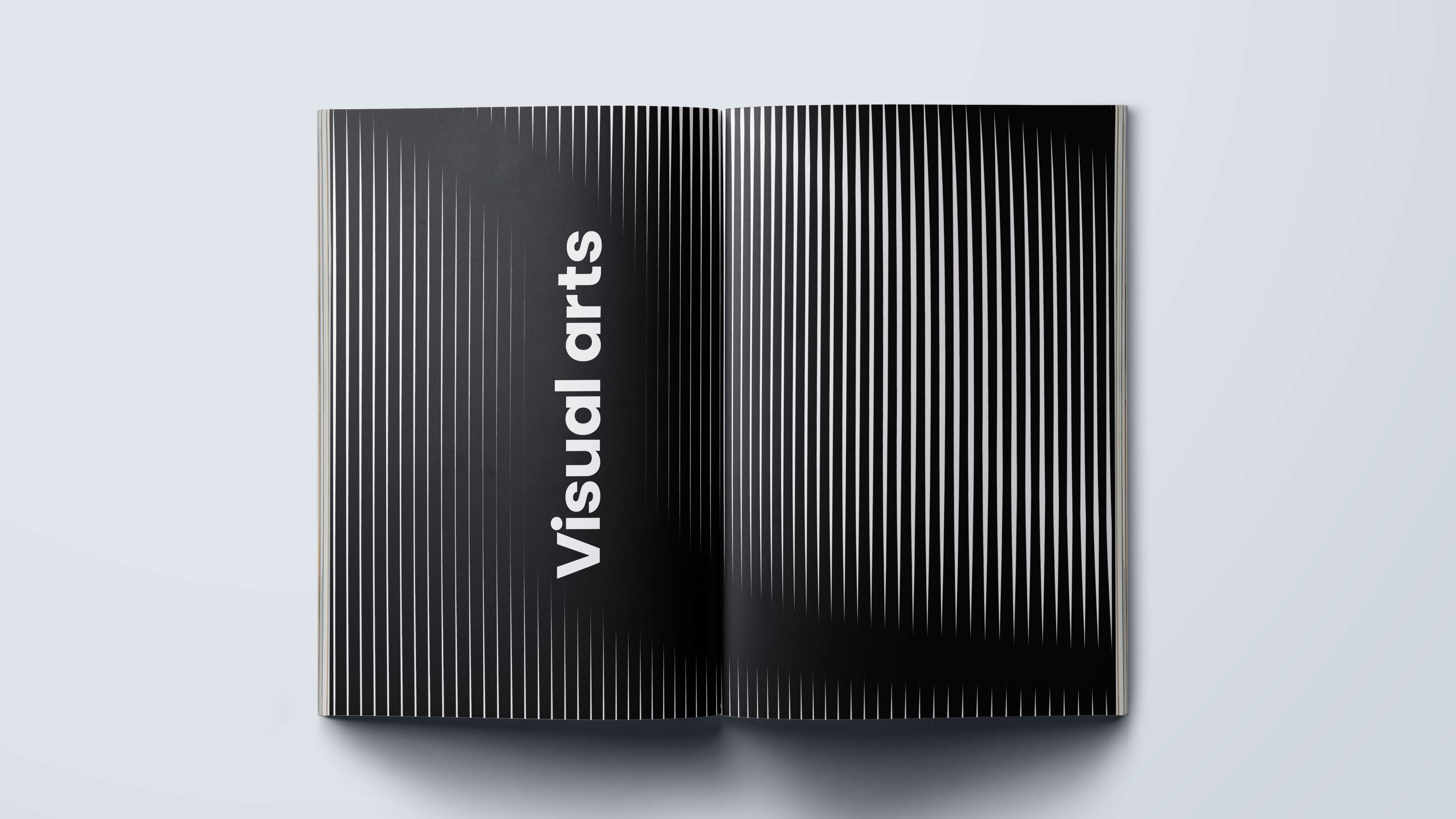 Riverside Studios in Hammersmith is a place where art and communities come together to discover, take part in and enjoy arts and entertainment. Originally an iron foundry, Riverside became a film studio in the 1930s, later on a space to house the BBC Studios, and since then has been a boundary-pushing home for a confluence of theatre, film, dance, television, comedy and music. Over the years, Riverside has welcomed figures including Yoko Ono and Samuel Beckett, Amy Winehouse and Margaret Atwood, Vanessa Redgrave and David Bowie – an ever-evolving, constant stream of inspiration in which creativity and community flow. When Riverside was reaching the completion of venue redevelopment, it created an opportunity to launch a new brand for the destination that will capture its iconic heritage for a new generation.

The identity plays homage to Riverside’s TV heritage and the flowing movement of the river, with a mesmeric series of moiré patterns, reminiscent of the visual effect of television screens. Each pattern is created from two sets of vertical lines overlapping to create a distinctive ethereal moiré effect, as an artistic reinterpretation of the way light hits water. The brand is intentionally pared back, in black and white, with colour coming from the rich and diverse content of the studios, to allow creativity within the space to take centre stage.
The patterns feature typography and are animated for Riverside Studios’ cinema screen, TV studio screens, digital and online platforms. They are designed to frame the diversity of content showcased at the Riverside screens, much like the broadcast idents that enhance brand prominence throughout the venue. Even printed and environment communications are animated, for example, the patrons’ members card comes in an acetate slipcase and as the card is pulled out from the case, the two sets of lines pass over each other to create the moiré effect.