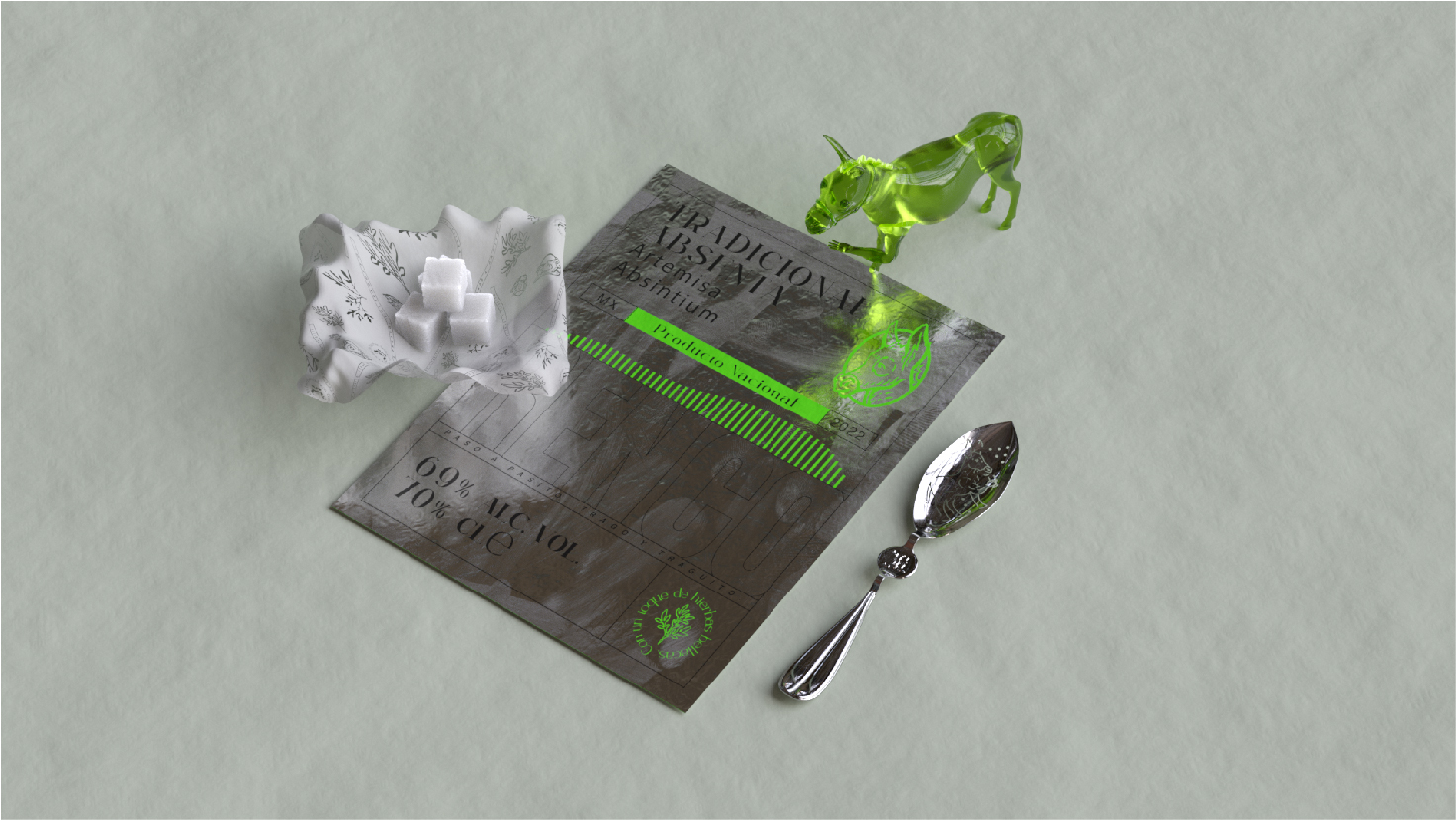 A peasant lived near a field, every day he and his donkey walked for miles gathering wormwood grass, they looked at the landscape and chatted together, as the sun went down, a strong storm fell, both ran through the mud and the stones to take refuge the donkey fell into a ditch after and broke its leg, the most obvious thing was that the donkey had to be sacrificed, but the big-hearted peasant gave his arm to the donkey, from there they put the Renco (which means crippled) on the donkey and In his honour, the farmer named the absinthe they made with the wormwood they collected.
Inspired by fables and their way of leaving a teaching, we designed a bottle that “loses its balance” by linking it with a graphic that we call Fake Baroque, deforming classic baroque elements, translating them into contemporary plastic languages.

Absinthe or wormwood, nicknamed the Fée Verte (‘The Green Fairy’) or also nicknamed the Green Devil, is an alcoholic beverage with a slight aniseed flavor, with a bitter background of complex dyes due to the contribution of the herbs it contains, mainly Artemisia absintheum. When cold water and sugar are added, the drink transforms into the milky essence (louche). It started out as an elixir in Switzerland, but it was in France that it became popular due to the association between artists and writers who drank this drink in late 19th century Paris until its production was banned in 1915. The most popular brand is el XIX century was Pernod Fils until its prohibition. During the belle époque the name became synonymous with the drink and the brand represented the de facto standard of quality by which all others were judged.

The French and Spanish words for absinthe can refer either to the drink or to the plant (there are two species so known: the greater wormwood, Artemisia absinthium, and the lesser, or Pontic, wormwood Artemisia pontica). The word derives from the Latin absinthium which in turn comes from the Greek αψινθιον (apsinthion) and can be translated as ‘undrinkable’. There are roots of the word linked to the Persian word spand or aspand and even to the variant esfand with which a bitter-tasting herb is named. In ancient times this plant was burned as a sign of offering and this ritual may give a clue to its Proto-Indo-European origins, since in Urdu the root *spend means “to carry out a ritual” or “to make offerings”. However, it can be said that none of the possible origins of the word absent is clear.

The maceration of Artemisia absinthium without distillation produces an extremely bitter drink, due to the presence of a compound that is not very soluble in water called absintine. The most authentic recipes call the distillation after the first maceration and before the “color” maceration. The distillation of wormwood in fennel flowers and anise produces a colorless alcoholic solution that leaves the still with a concentration of about 72% alcohol. It can be seen that the typical colors of this drink, poetically called la bleue (‘blue’) or la blanche (‘white’), or the very famous green, come from dyes added to the drink, which may come from artificial compounds, or of the chlorophyll of the wormwood itself added to the liquid resulting from the distillation. After this process, it is reduced with water to obtain the desired concentration of alcohol. Depending on the time of exposure to light, chlorophyll can vary in color from emerald green through greenish yellow to brown. This is the explanation why absinthes sold “vintage” show amber colors as a result of this aging process and reaction to light. 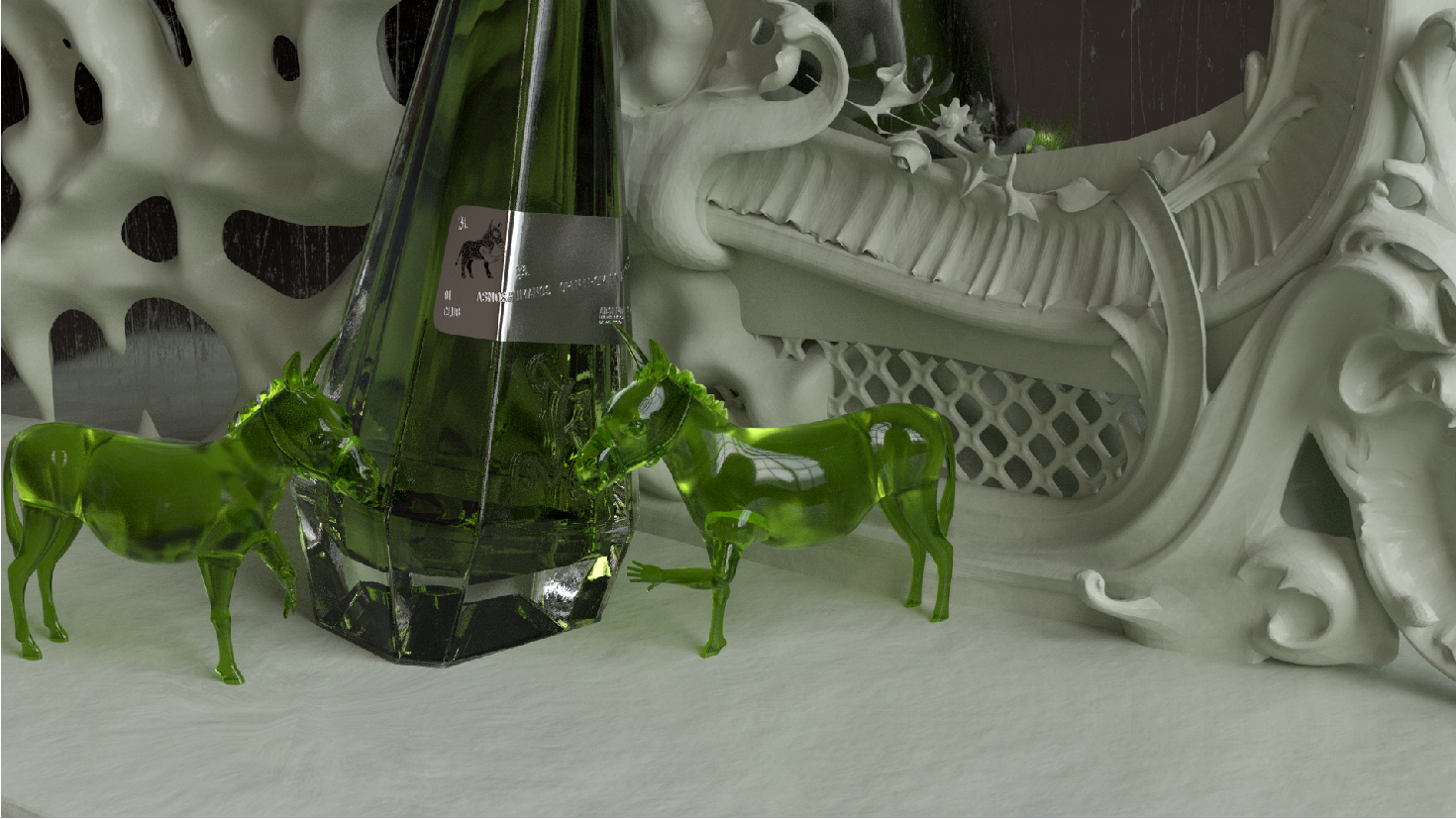 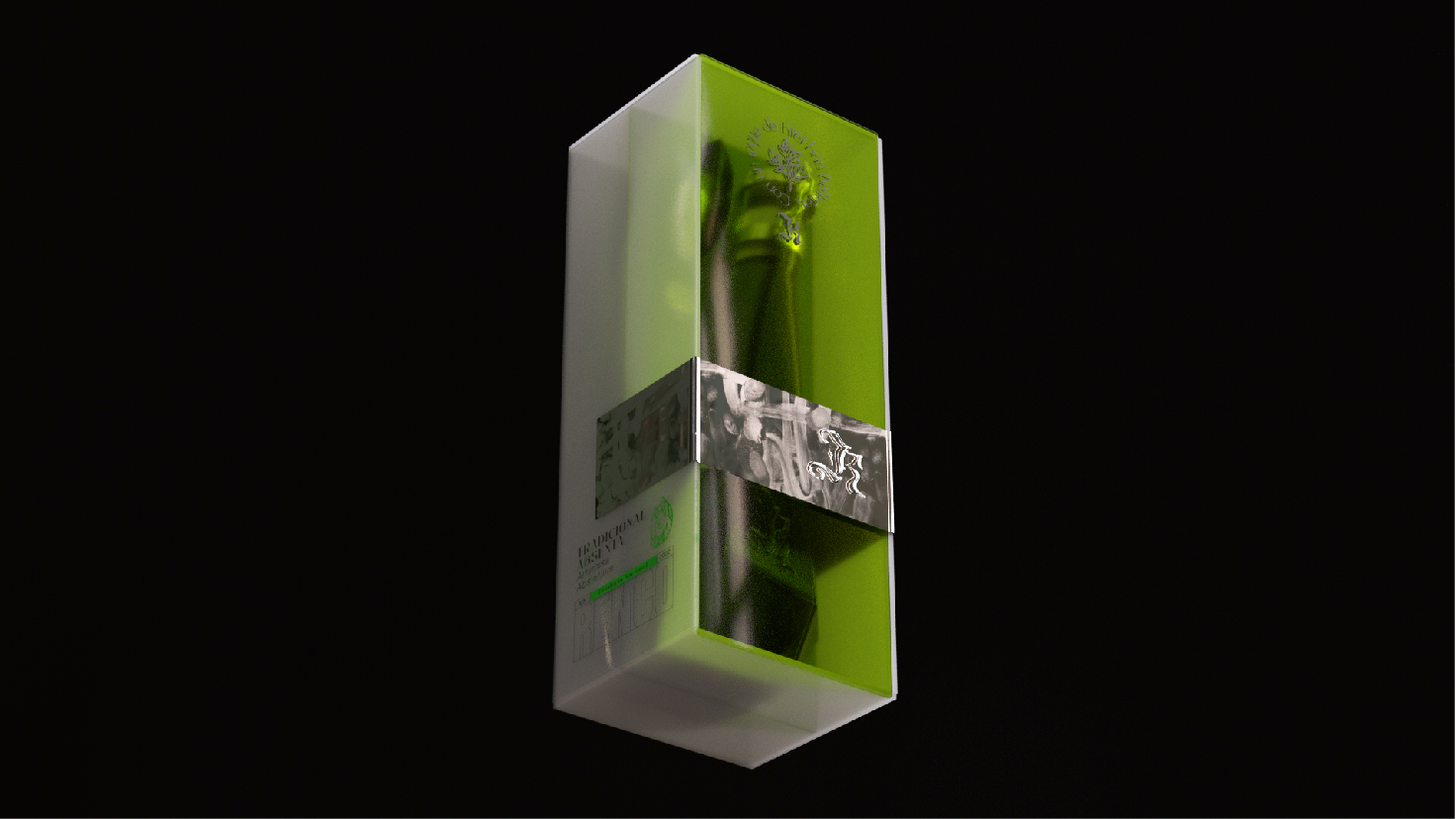 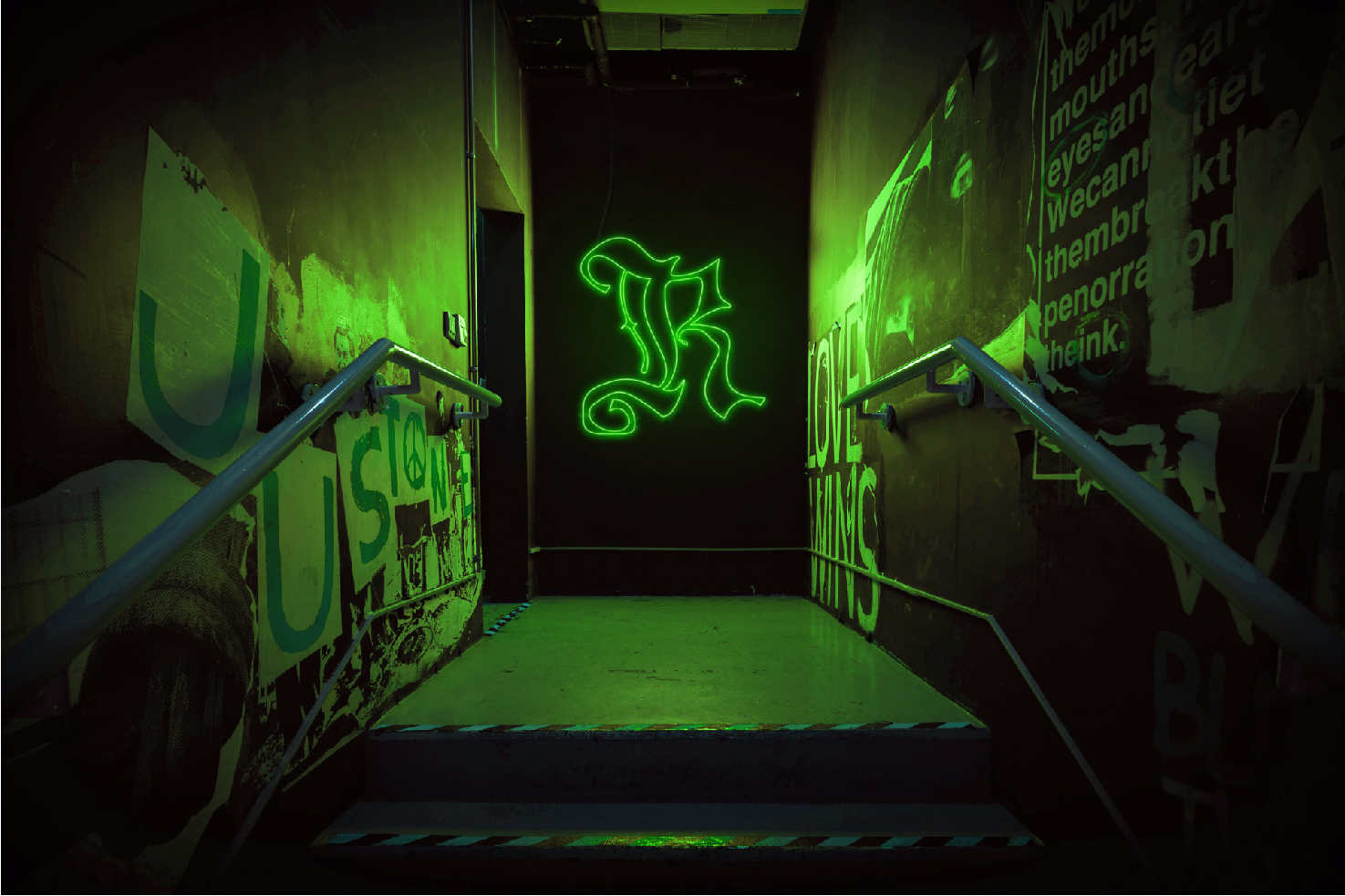 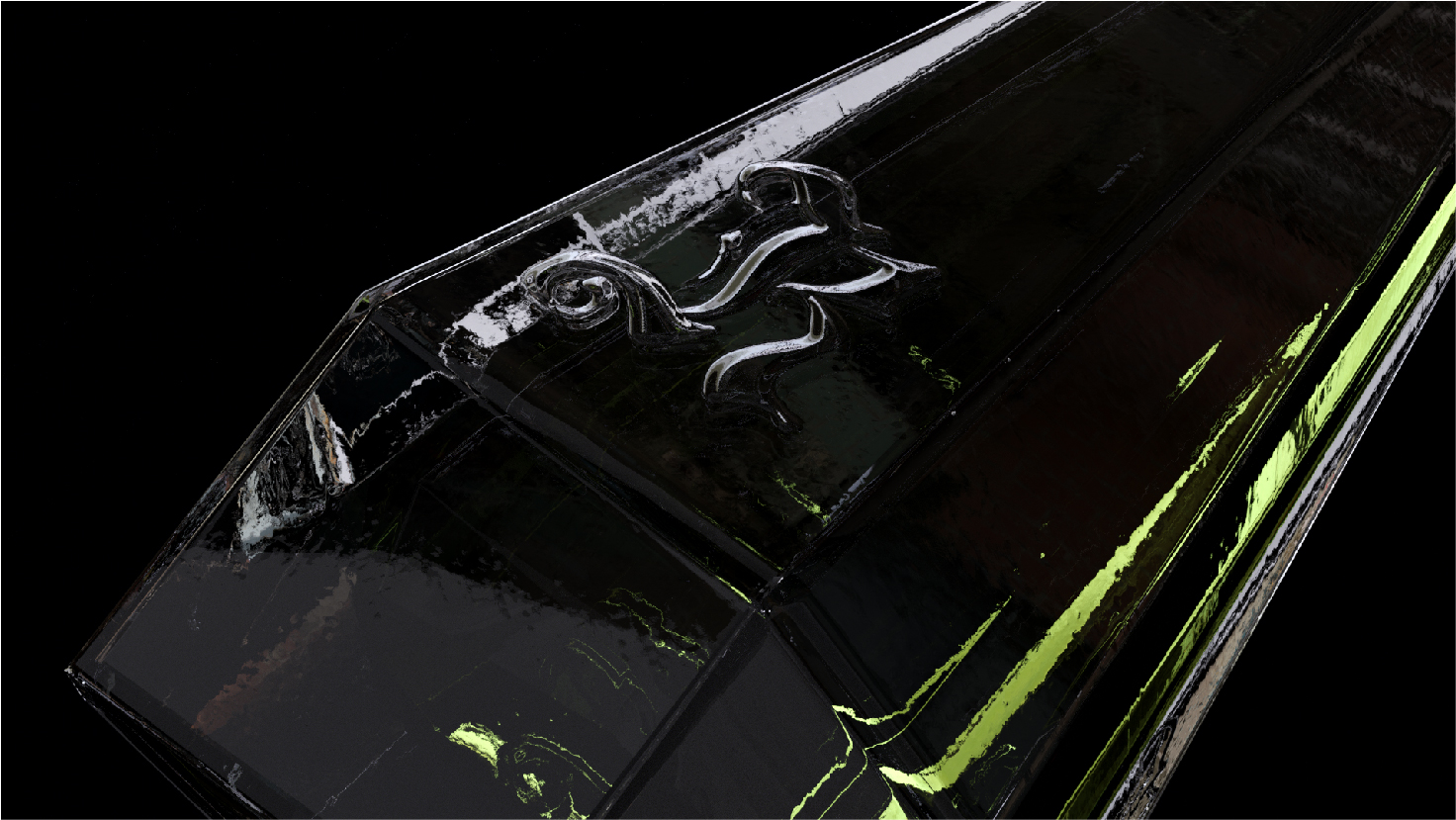 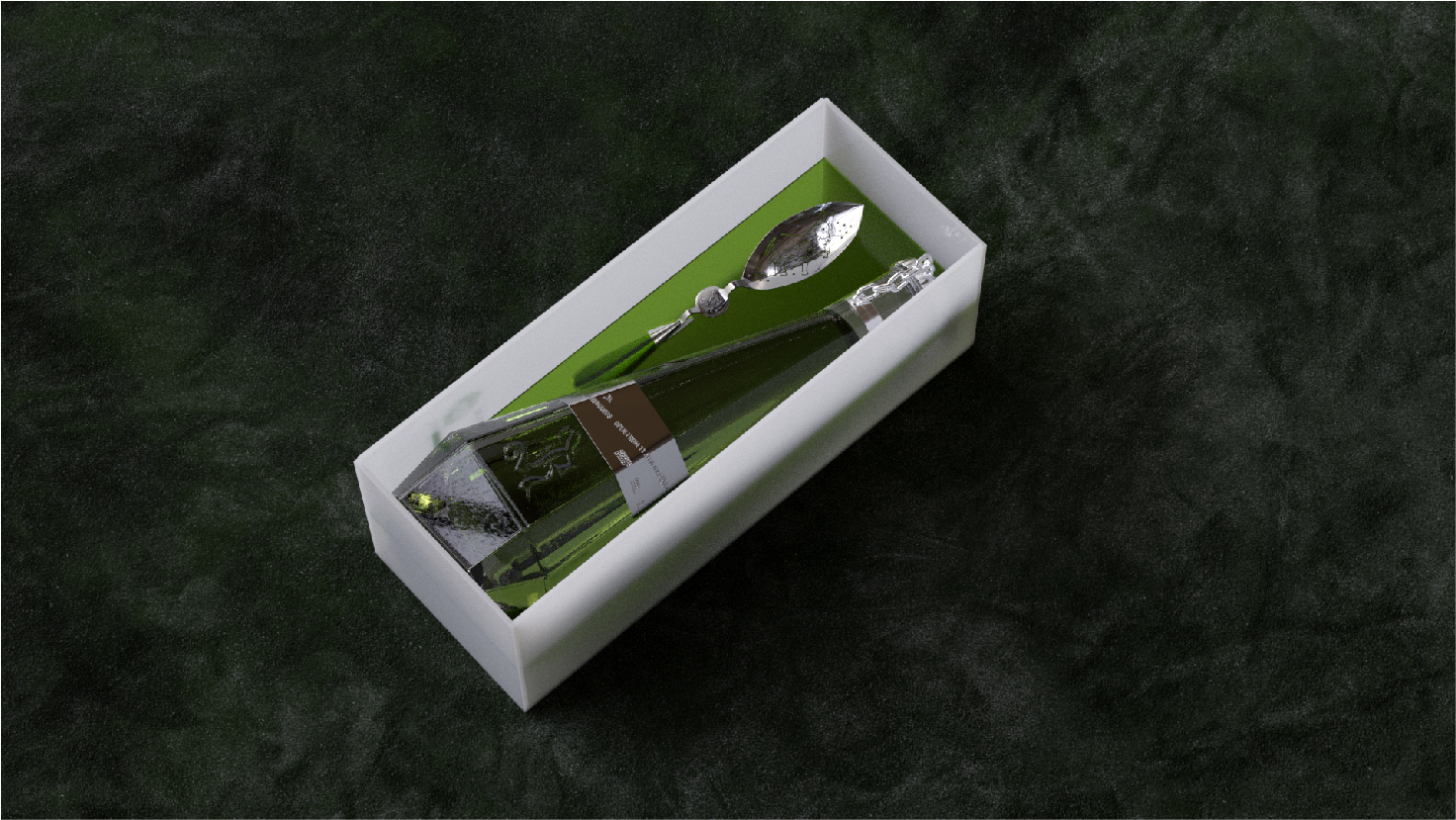 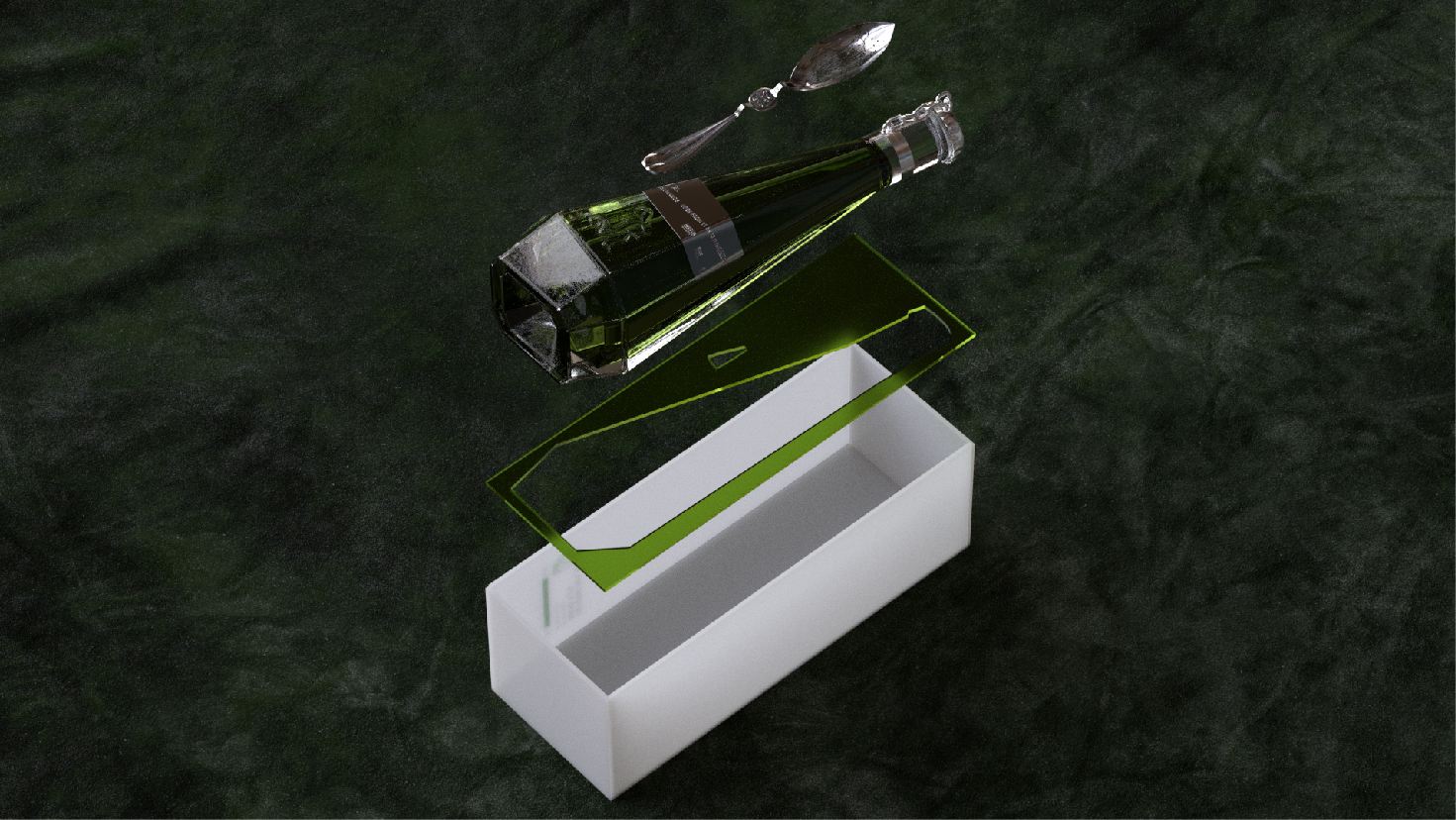