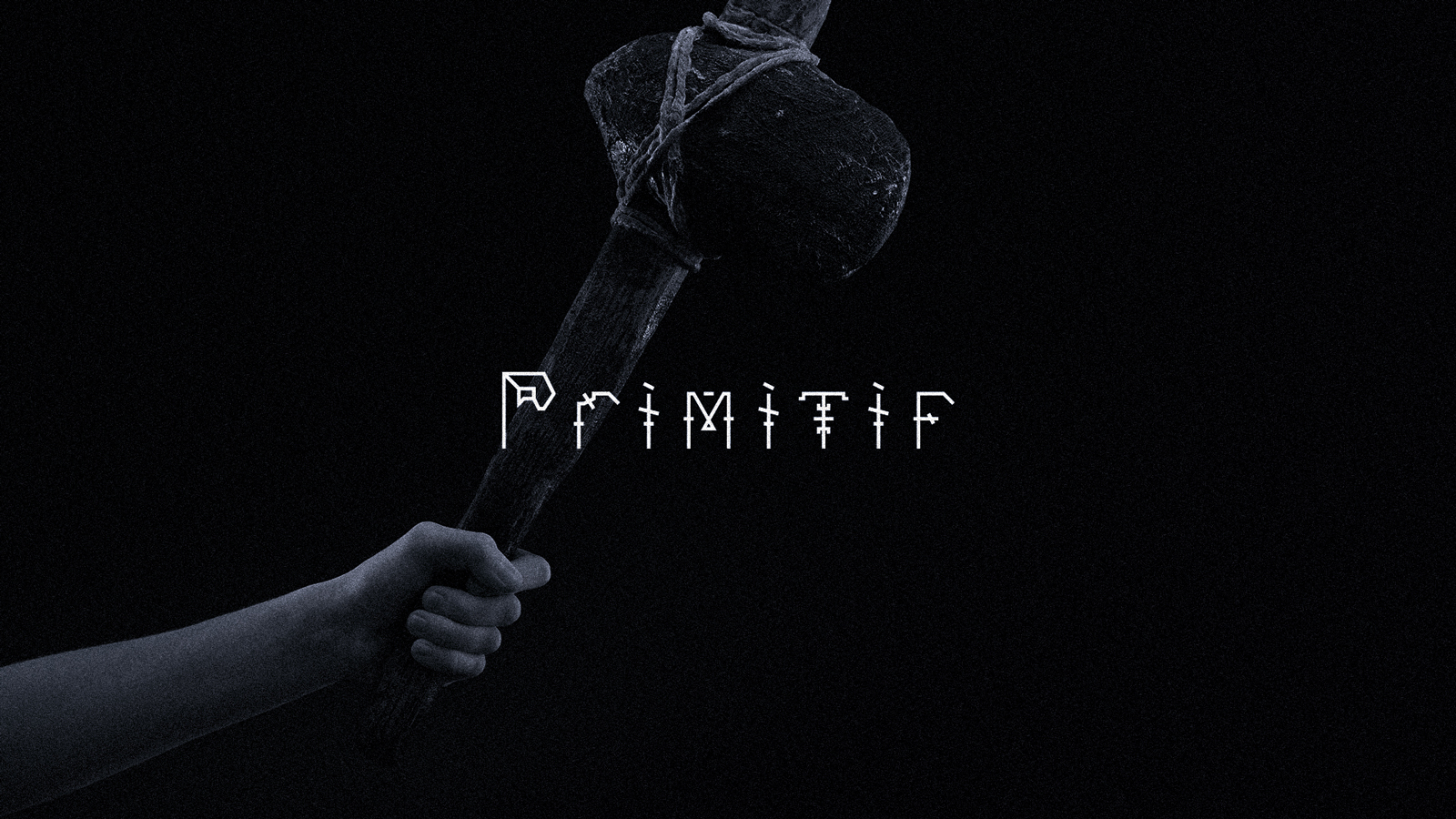 Primitif, as the name suggests, is a restaurant with a completely primitive philosophy. Chef Burak Zafer Sırmaçekici appeals to the most primitive feeling of a person with the flavors he creates here: Hunger.

The restaurant has an original food presentation and does not serve cutlery to its customers. The menu of the restaurant, where everything is eaten by hand, consists of street food and is served in a simple way. While the flavor is always prioritized in meals, the primitive philosophy makes itself felt at every point in the visual identity of the restaurant.

As the name suggests, Primitif’s brand identity is inspired by the primitive age and the lifestyle of that time. Based on this, a typeface called Primitif Type was designed for the brand, which will make you feel the primitive life culture and emotion. Decorative strokes were prioritized in this typeface and made to look like they were etched on the wall. It was intended that each letter of the font touches a different point of the primitive culture of life. Thus, they were able to symbolize nature, animals, primitive lifestyle, first vital materials and first inventions.

Visuals of tribal life and primitive speech styles were used as a communication method at the points where the brand came into contact with people. A colloquial language was created by imitating the sounds made by the cavemen. The names of street food such as Pizza and Burger on the menu are uniquely added to this language. Finally, this language has been visualized using Primitive Type. And this visual system was uniquely used in different media in Primitif’s visual communication.

Also, ancient figures, cave murals and reflections of tribal life formed other parts of the brand identity. Thus, a unique brand identity emerged with its philosophy and visual expression. As a result, Primitif was appreciated by its customers with its original recipes and assertive identity. The brand differentiated itself from its competitors and positioned itself at a very different point. 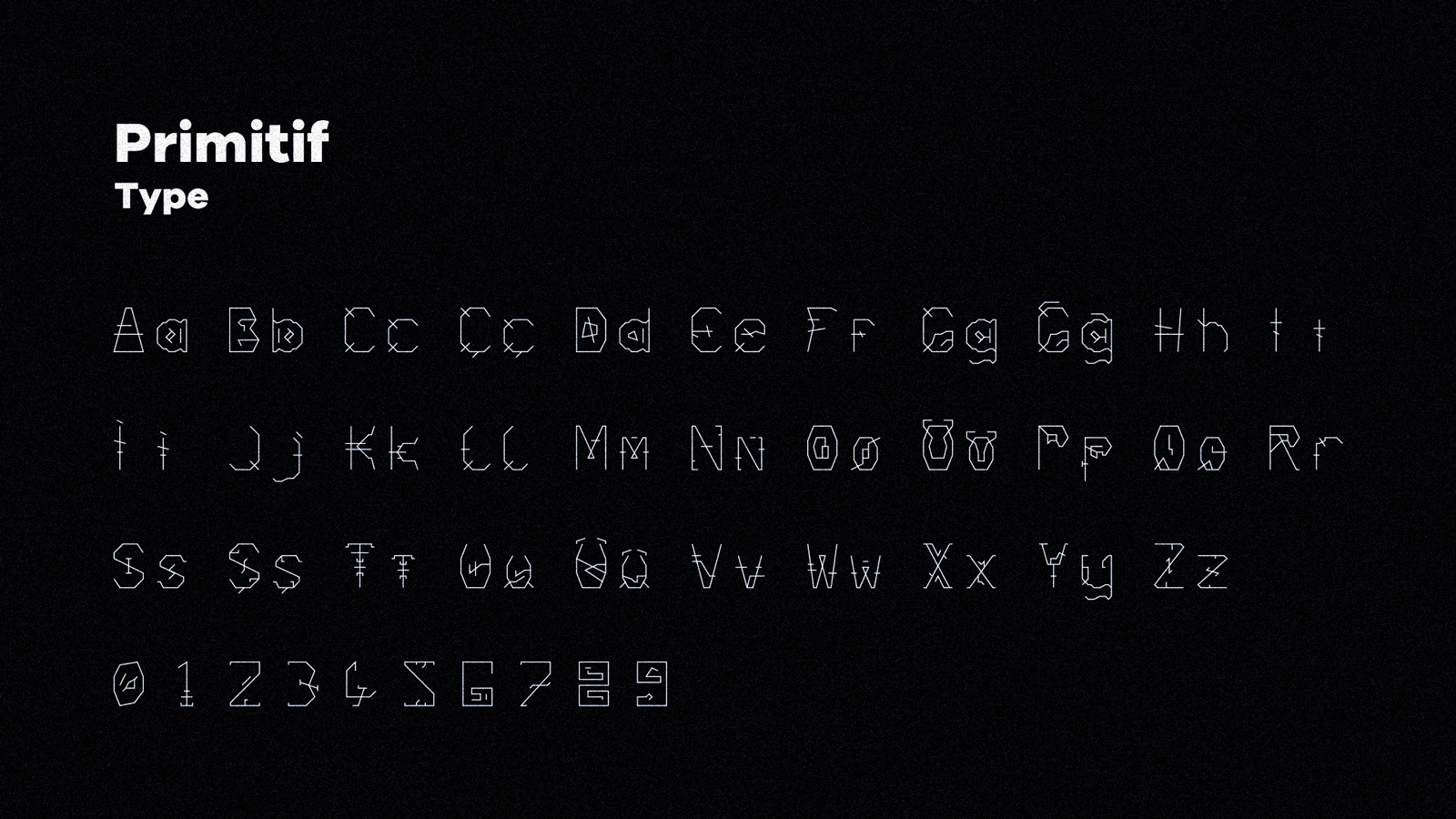 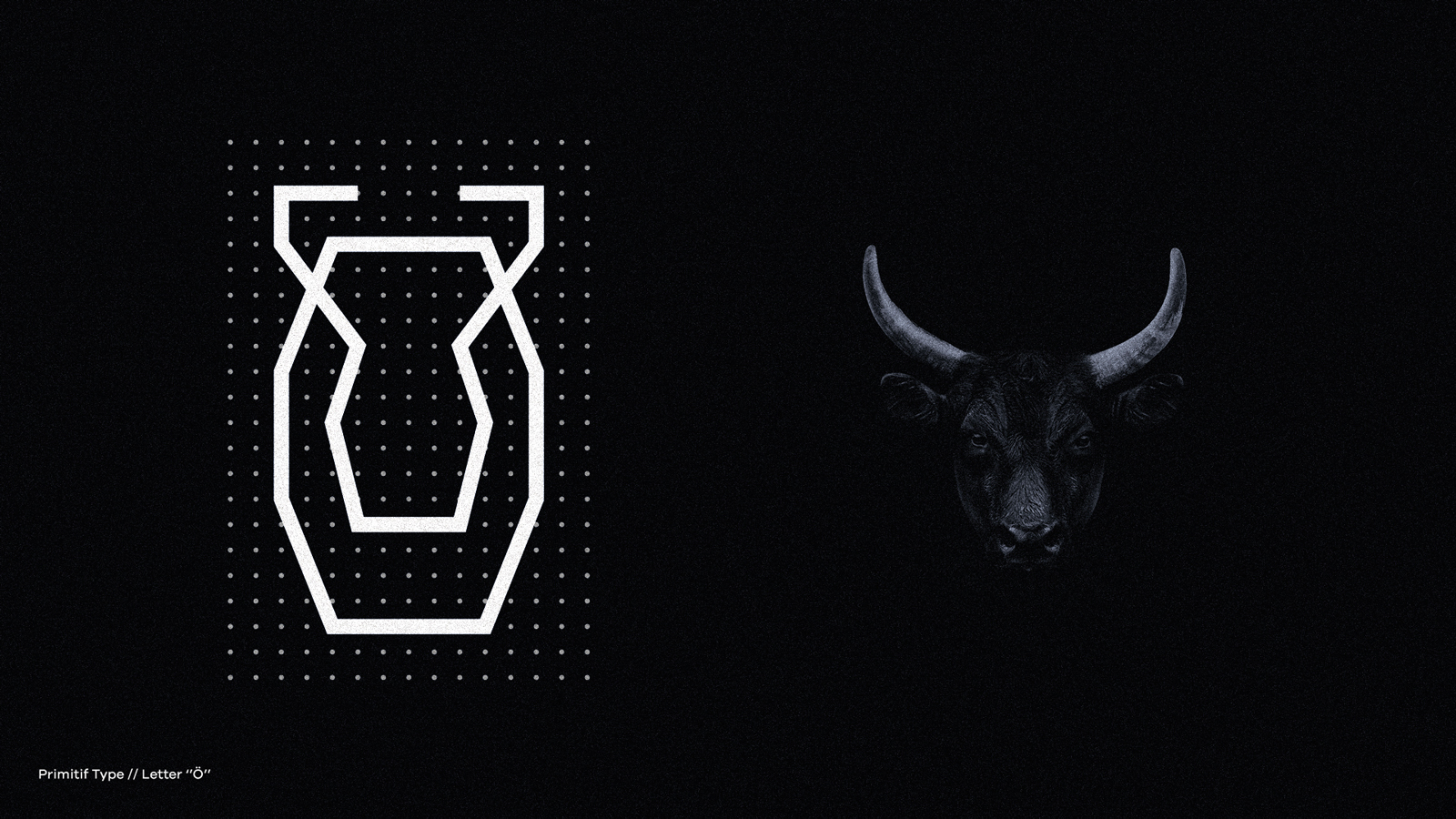 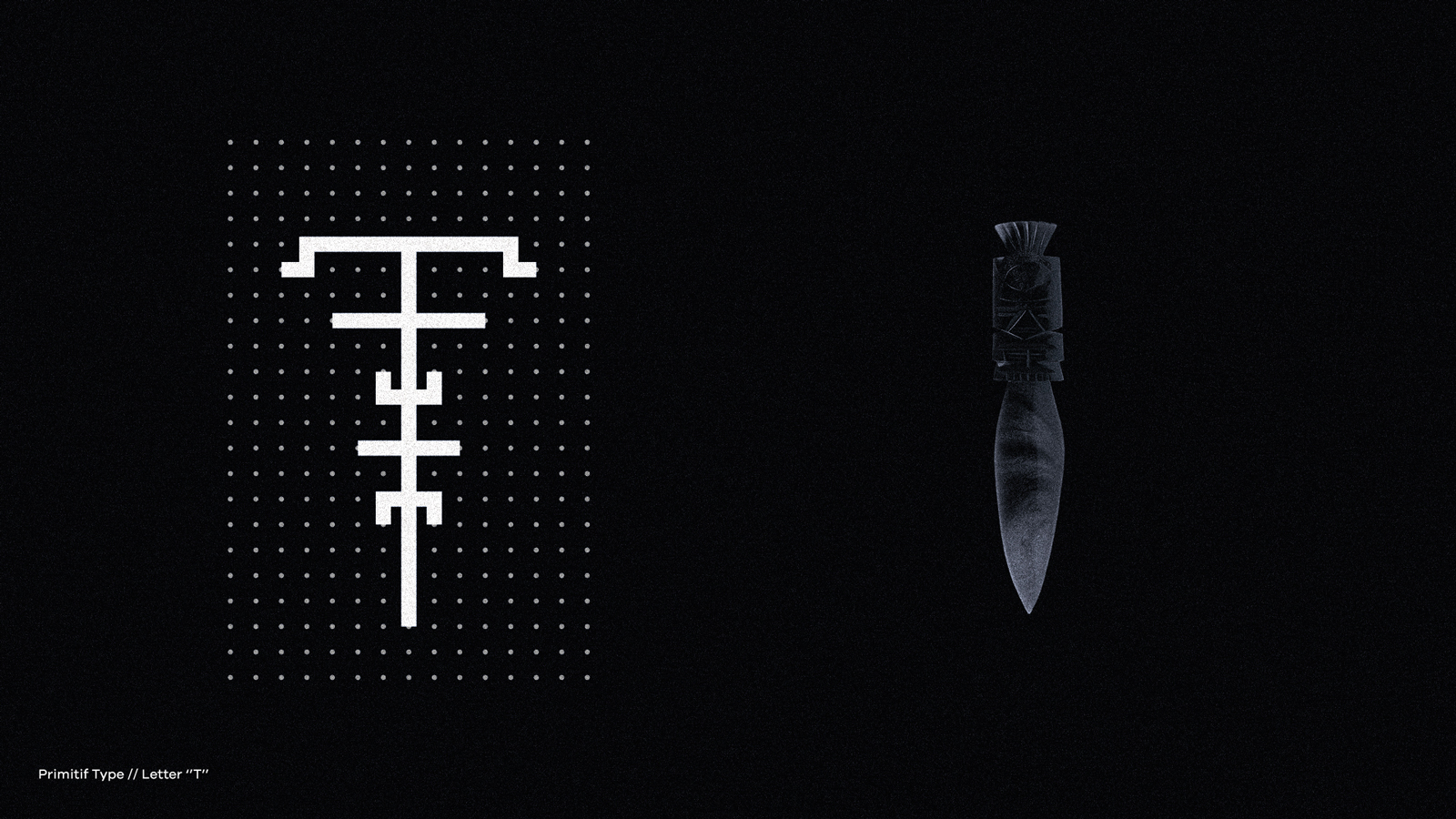 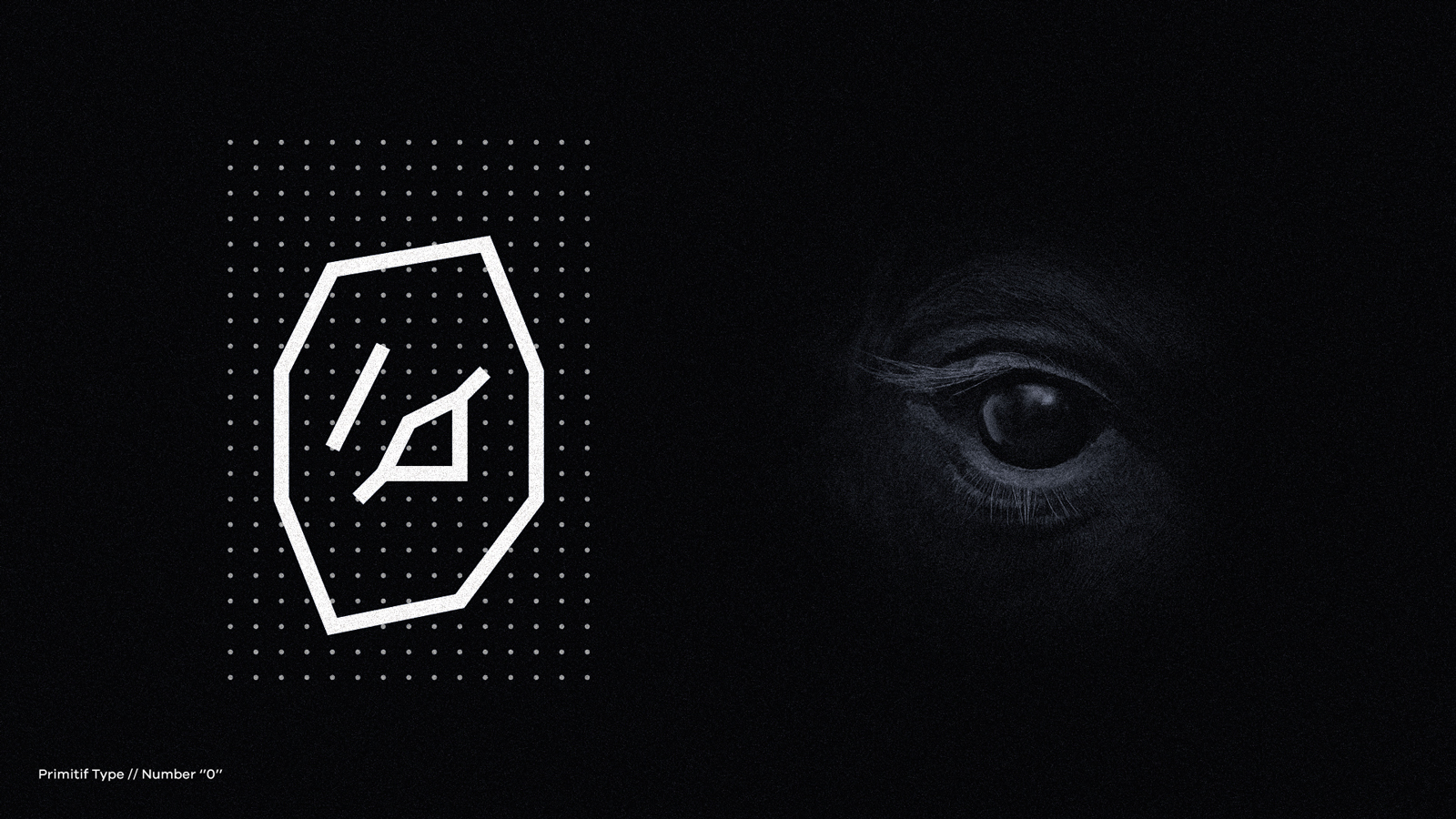 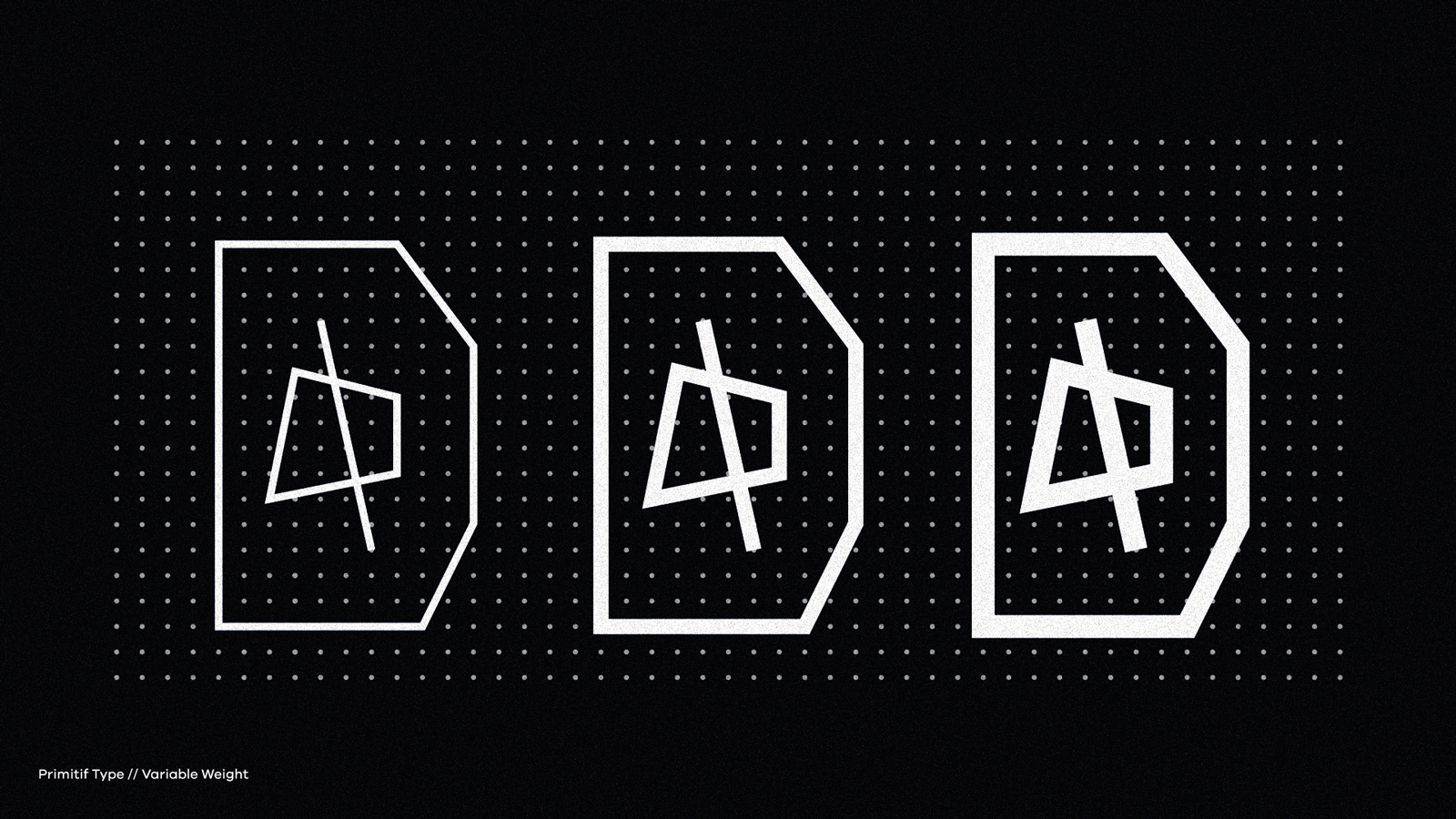 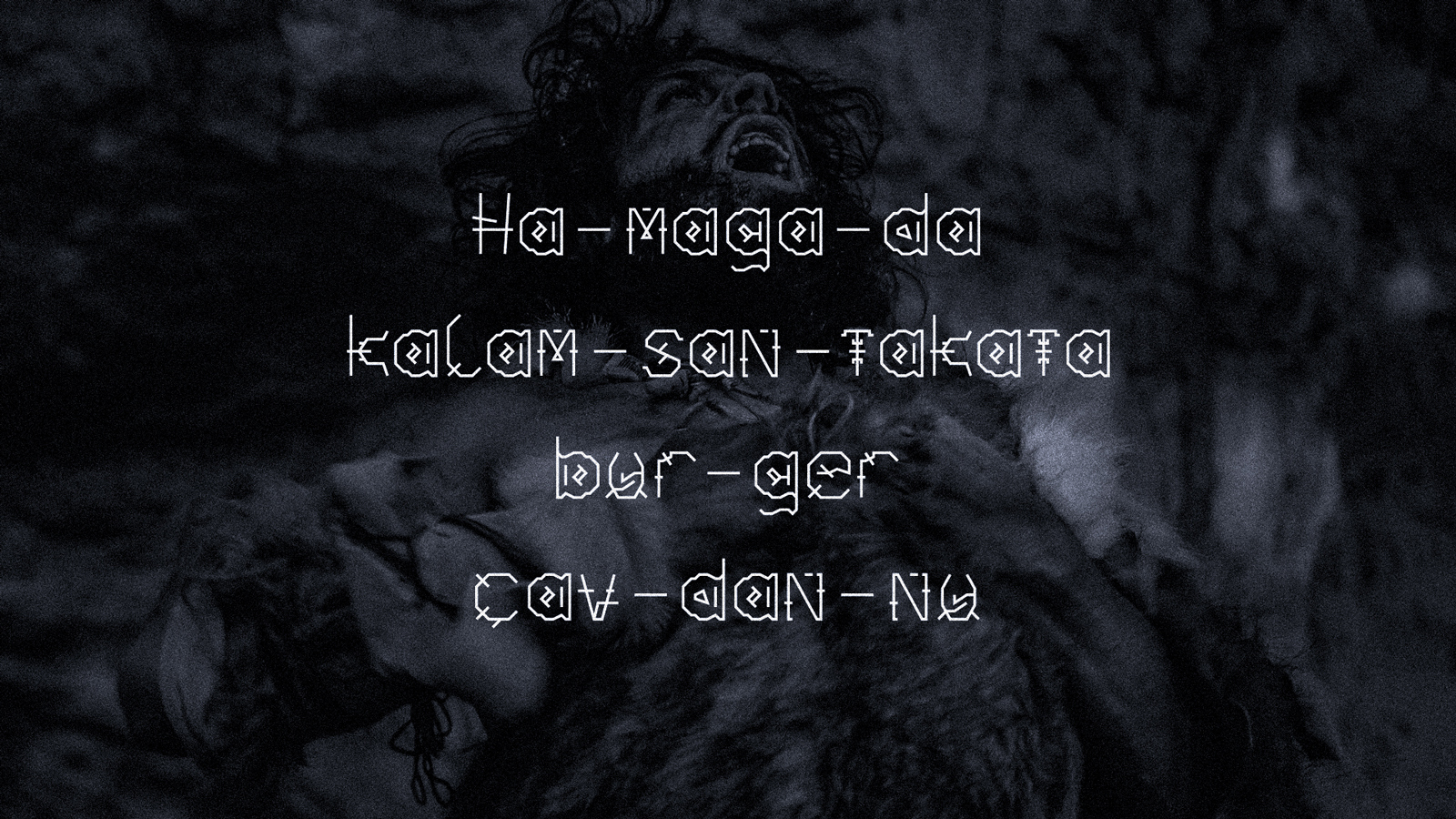 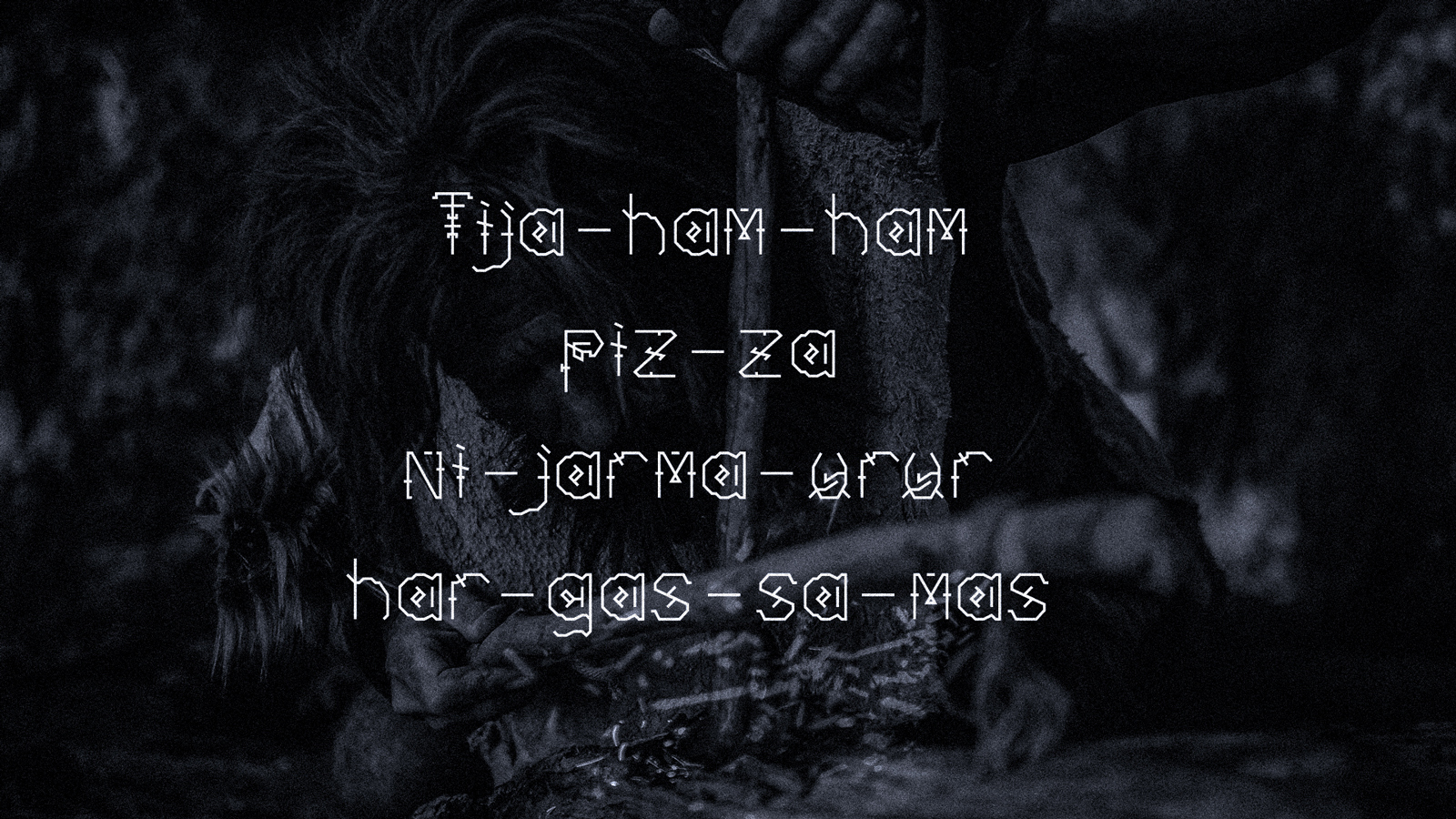 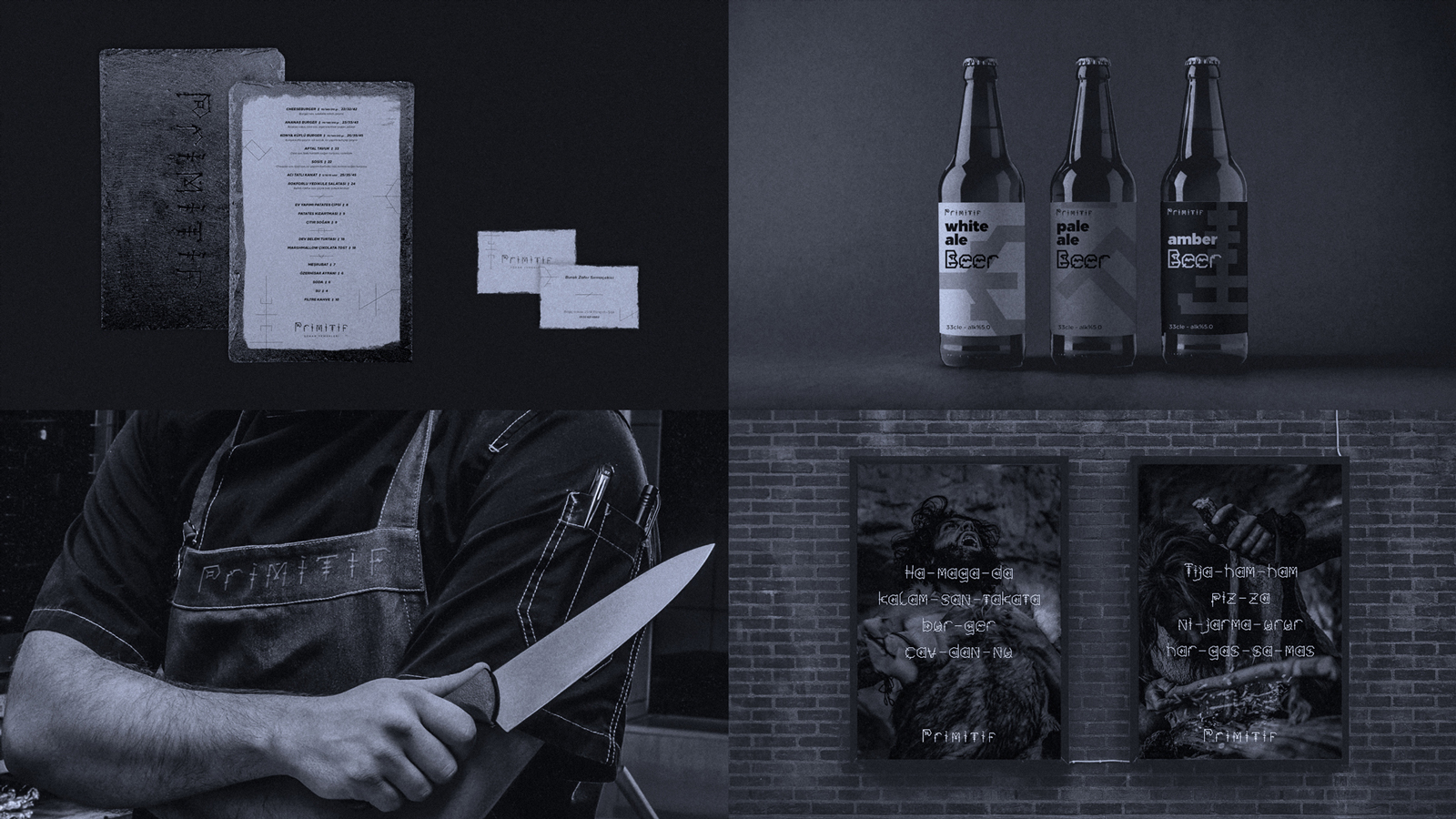 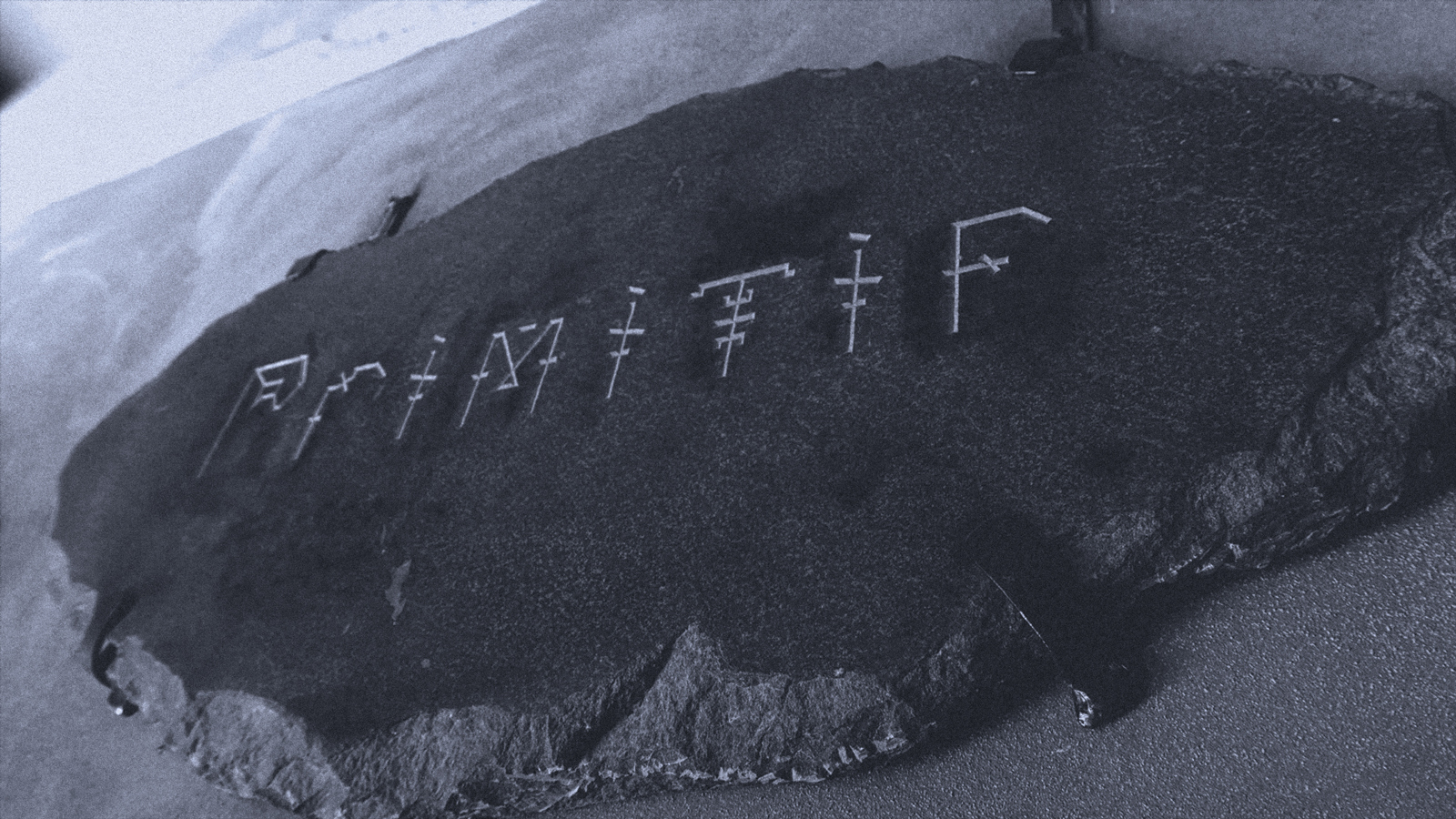