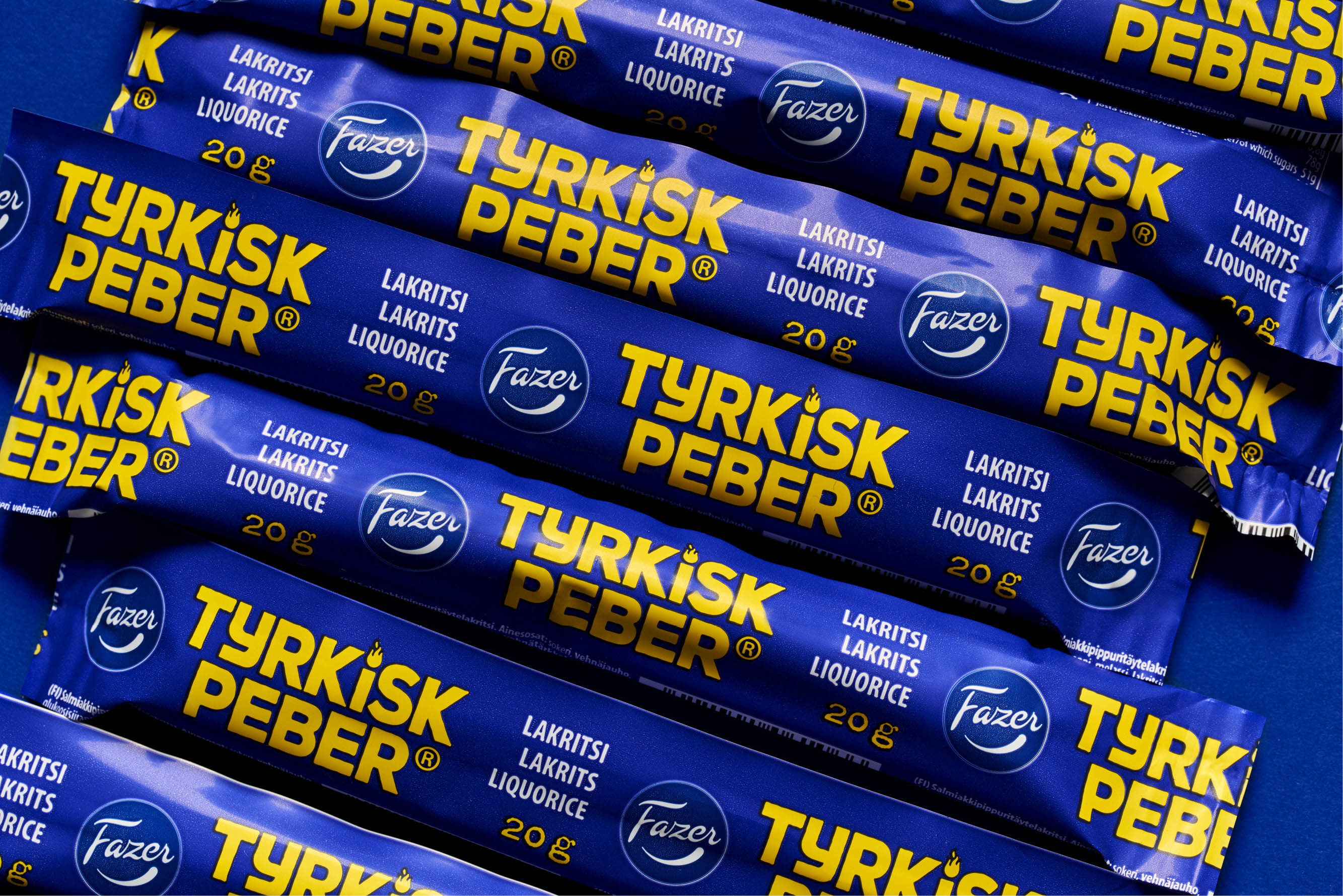 Tyrkisk Peber’s classic recipe includes a fiery salty liquorice powder revealed inside a hard shell. The Finnish Salmiakki Association awarded Per Fjelsten Salmiakki Finlandia in 2007 for developing the product in Denmark. The popularity of Tyrkisk Peber has grown throughout the Nordic region. Fazer is successfully selling this delicious-tasting delicacy in Finland, Sweden, Denmark and Norway. The feisty Tyrkisk Peber has been stealing the hearts of salty liquorice lovers in the Nordics since 1977, but due to increasing competition, it was time to update the identity to reinforce its position as the original #1 product on the market. In the spirit of the Fazer design philosophy “simplify to amplify“, we gave this classic brand a make-over that honors its heritage but also creates a new striking identity that encapsulates the essence of the proposition. The new identity has been embraced mutually by avid product fans as well as the trade all over the Nordics. Sales charts are pointing upwards since the re-launch. 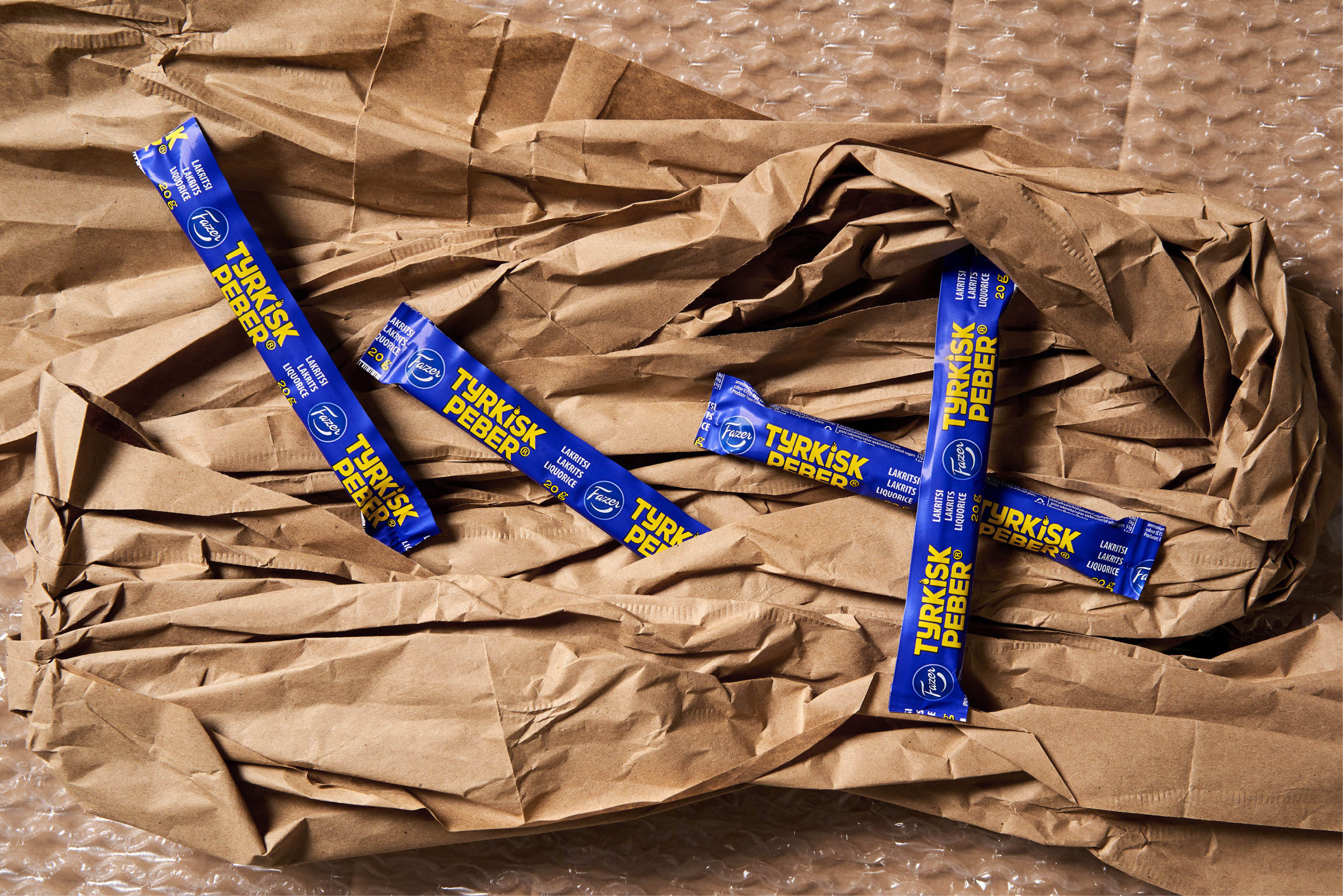 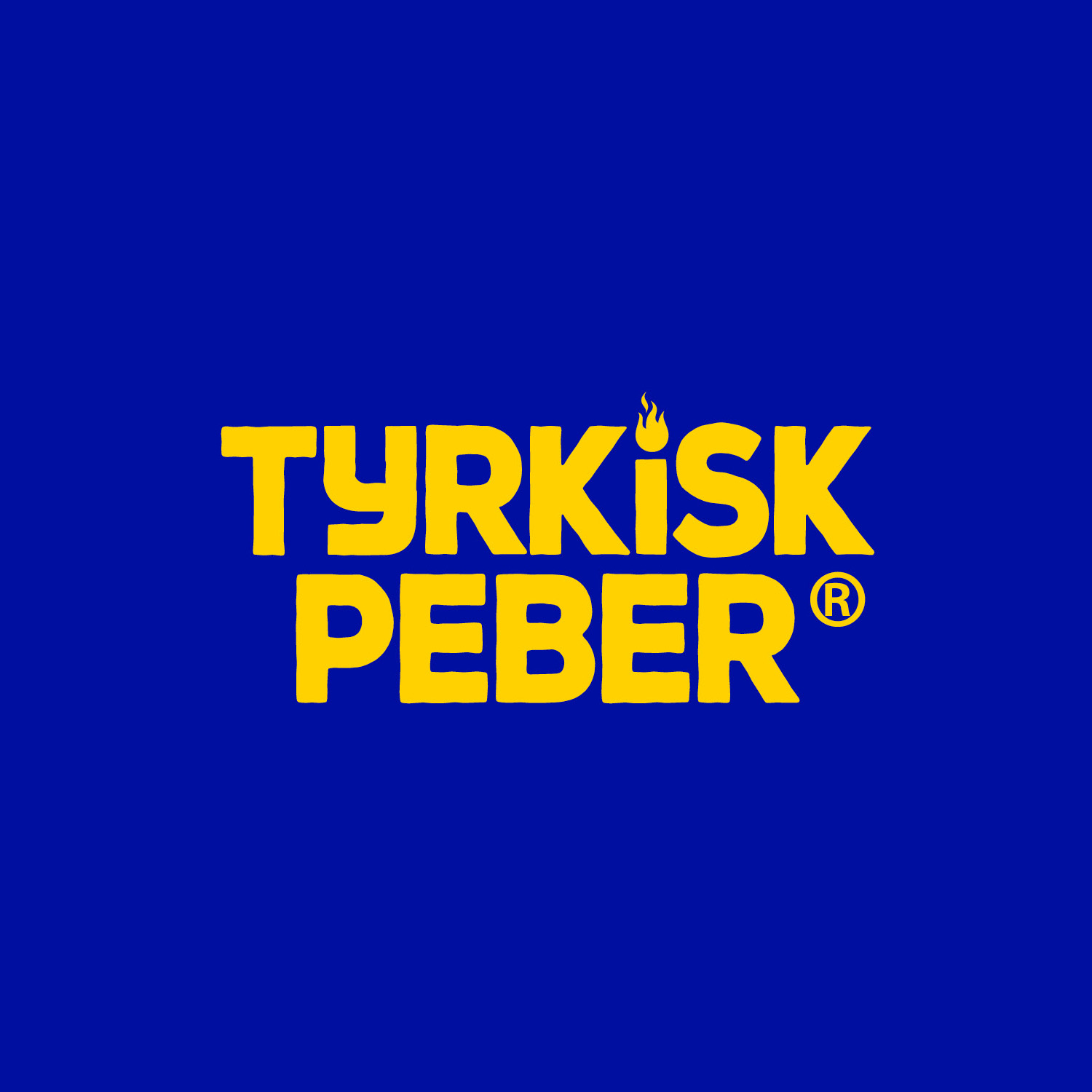 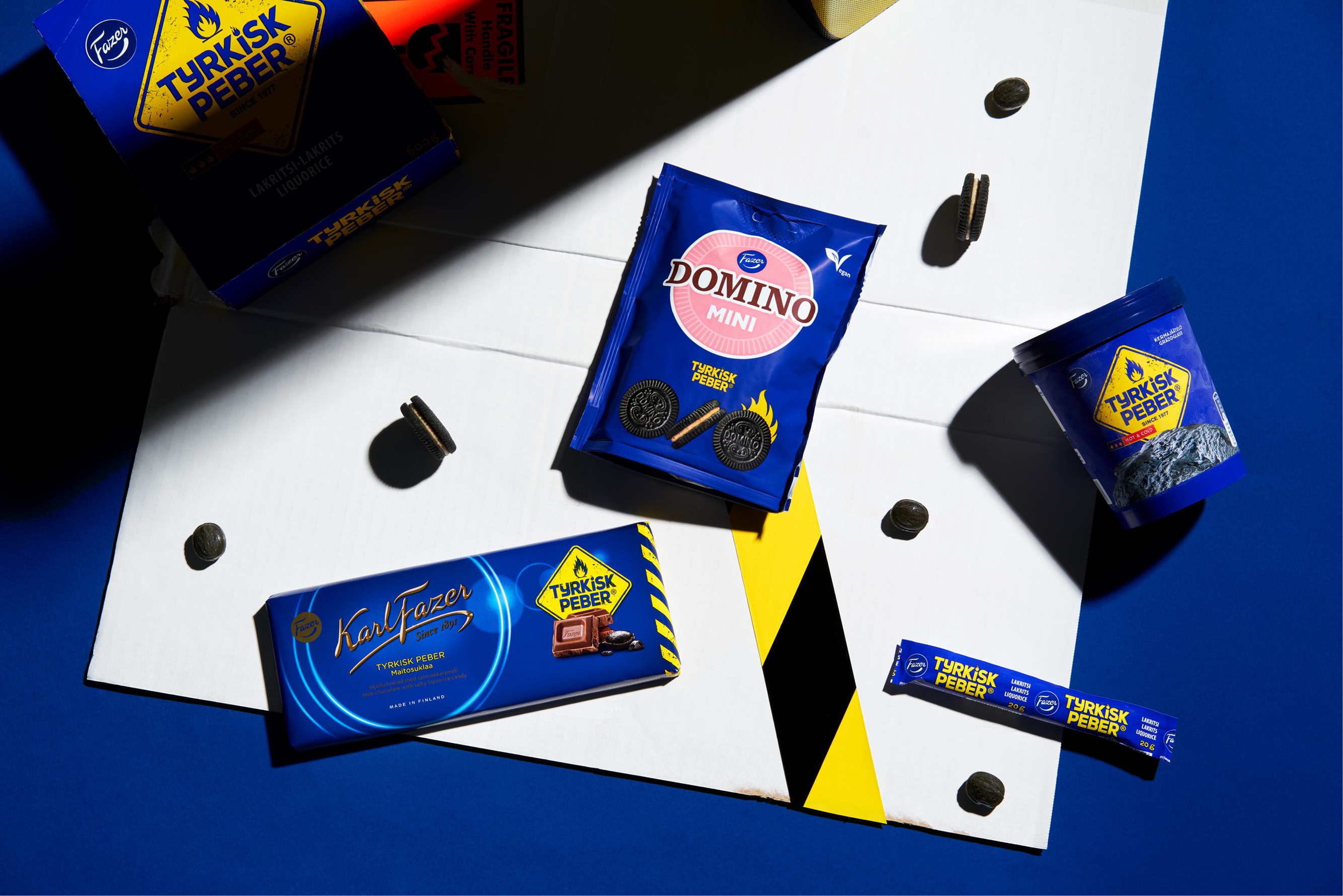 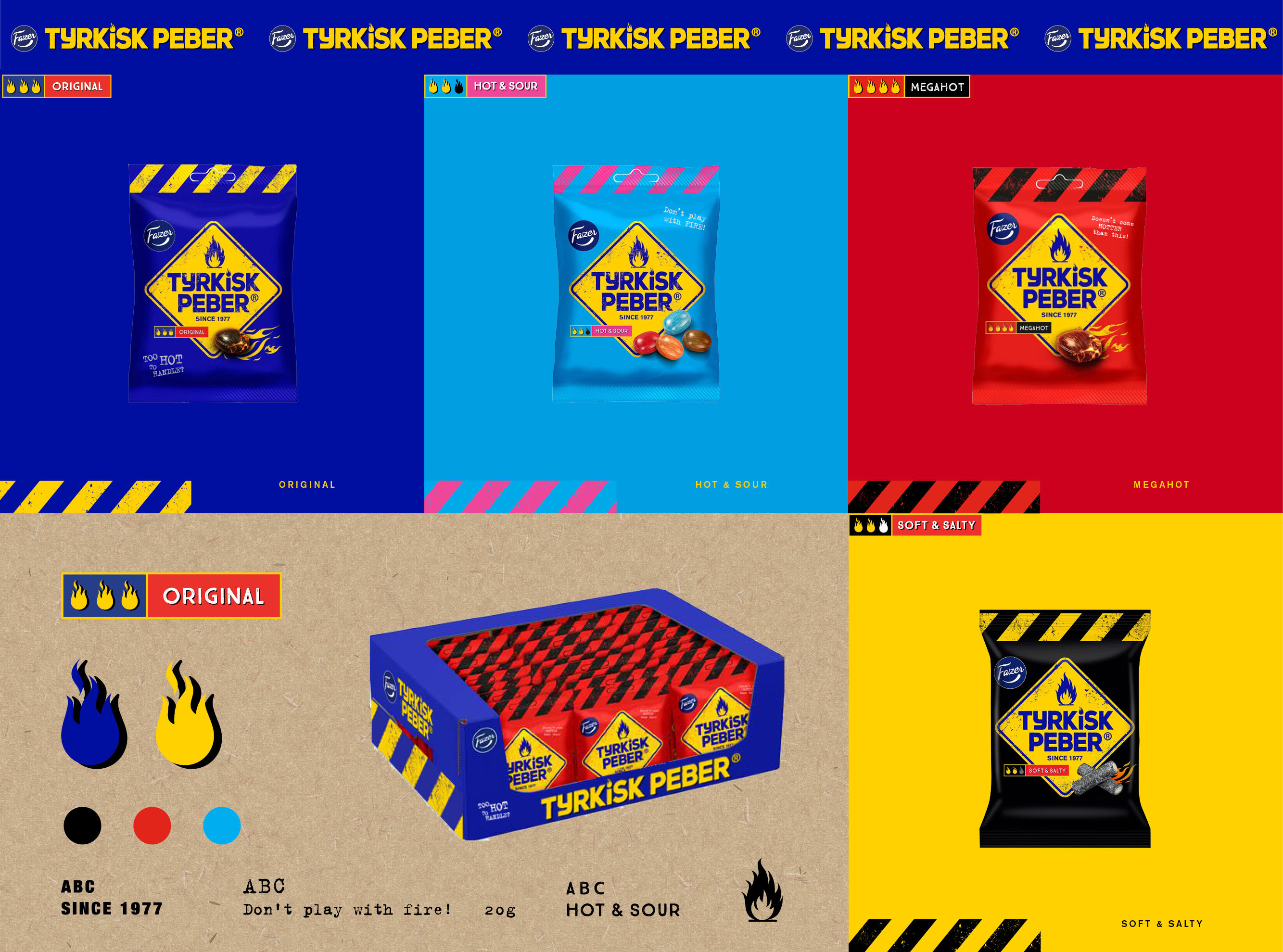 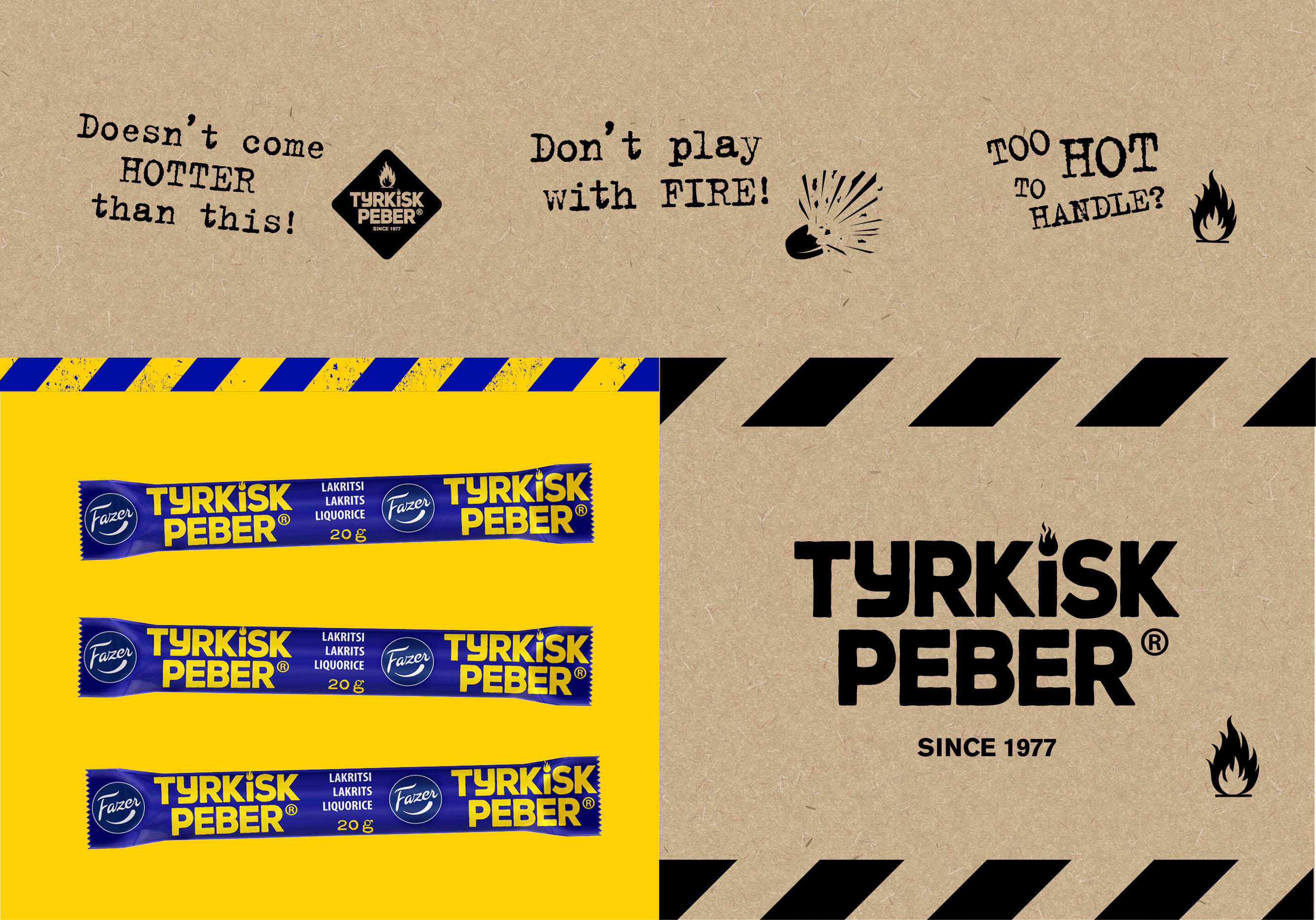 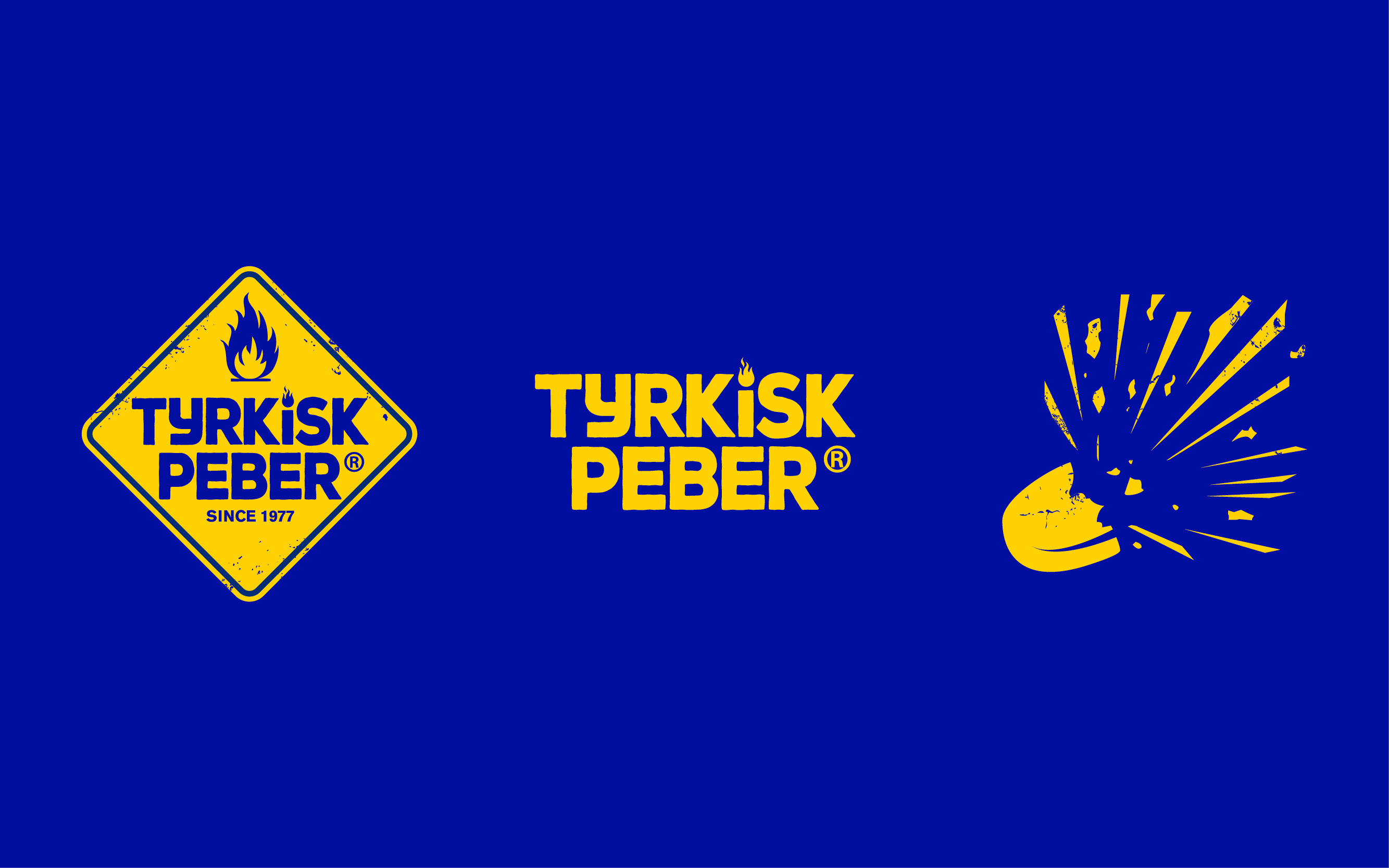 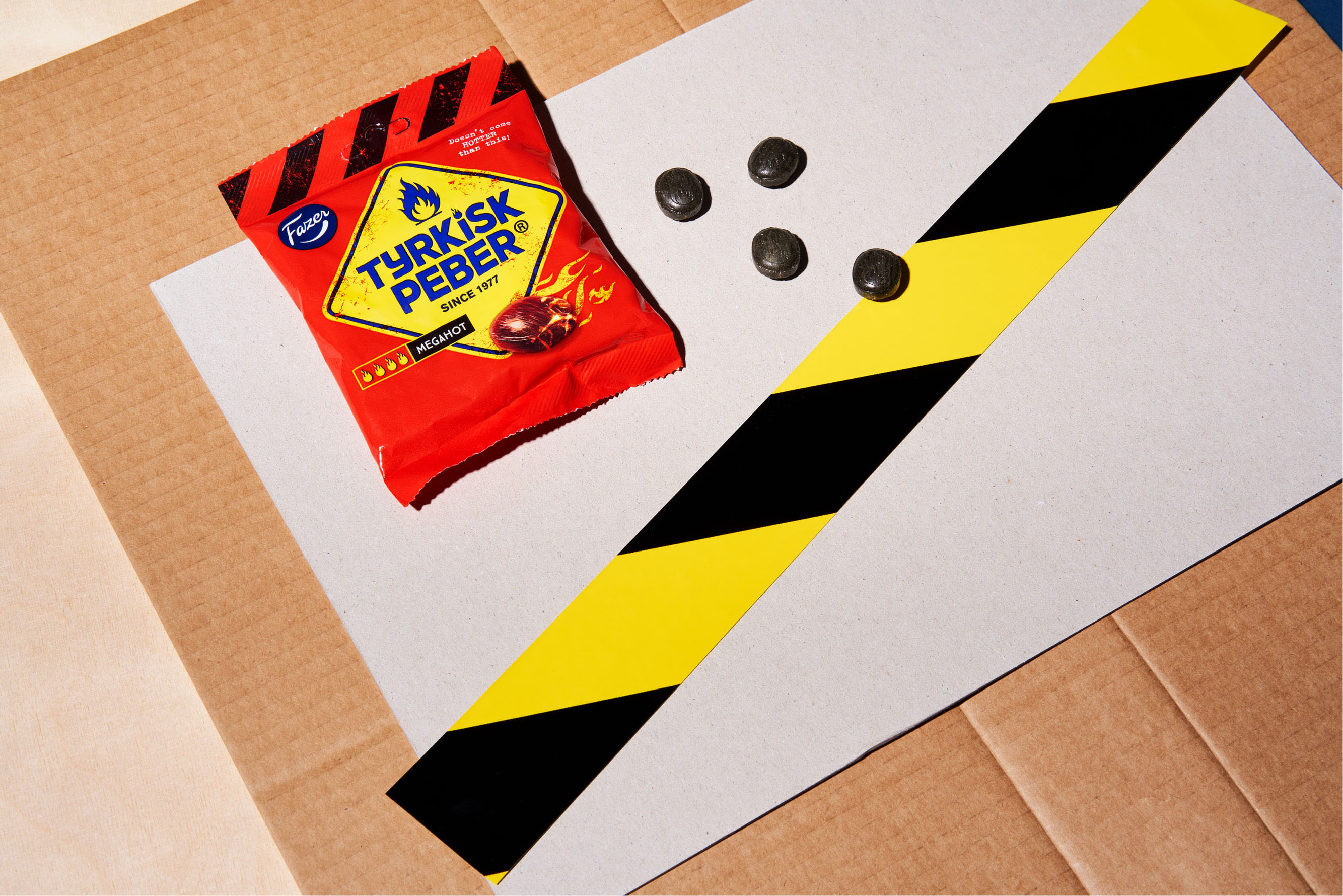 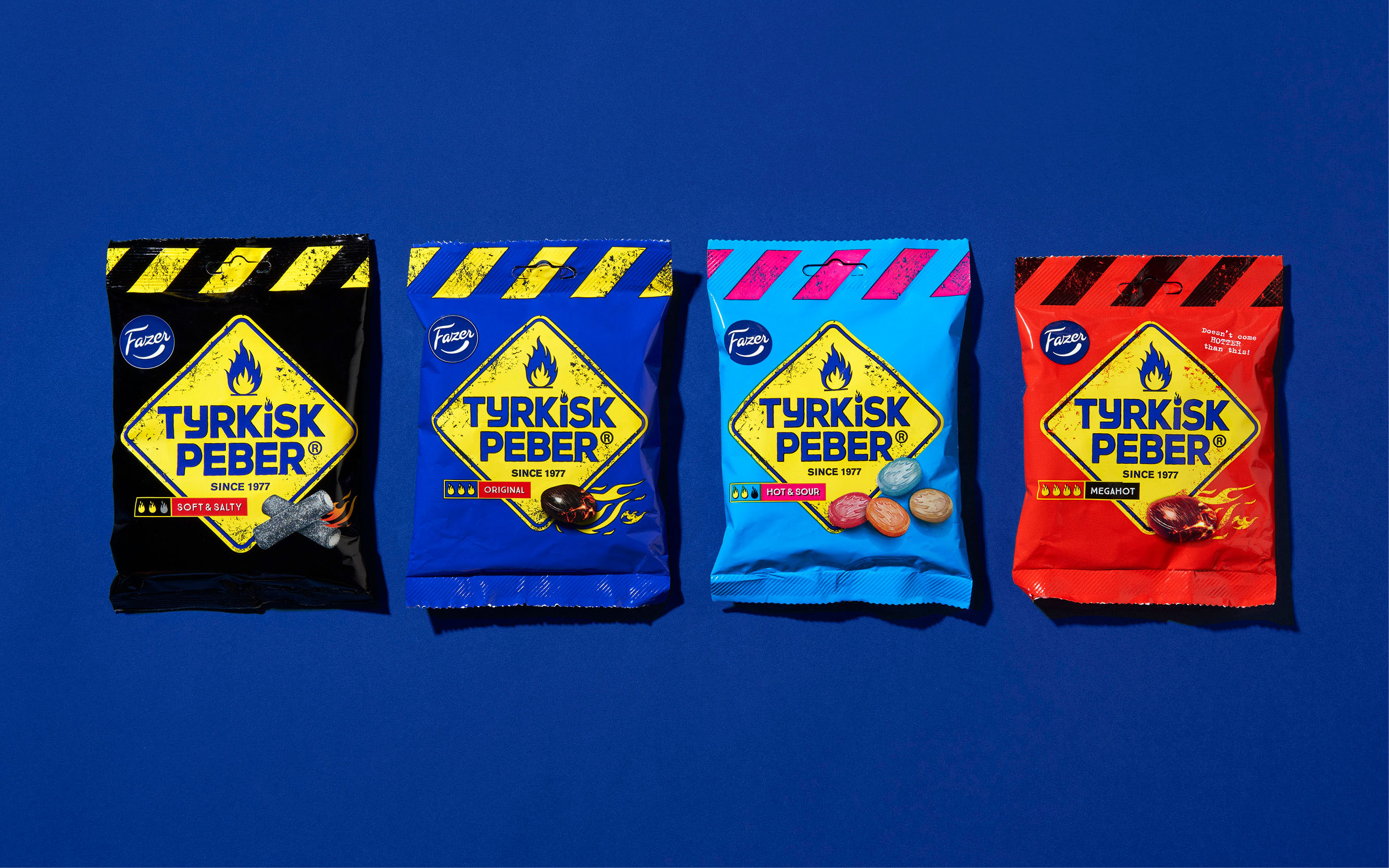 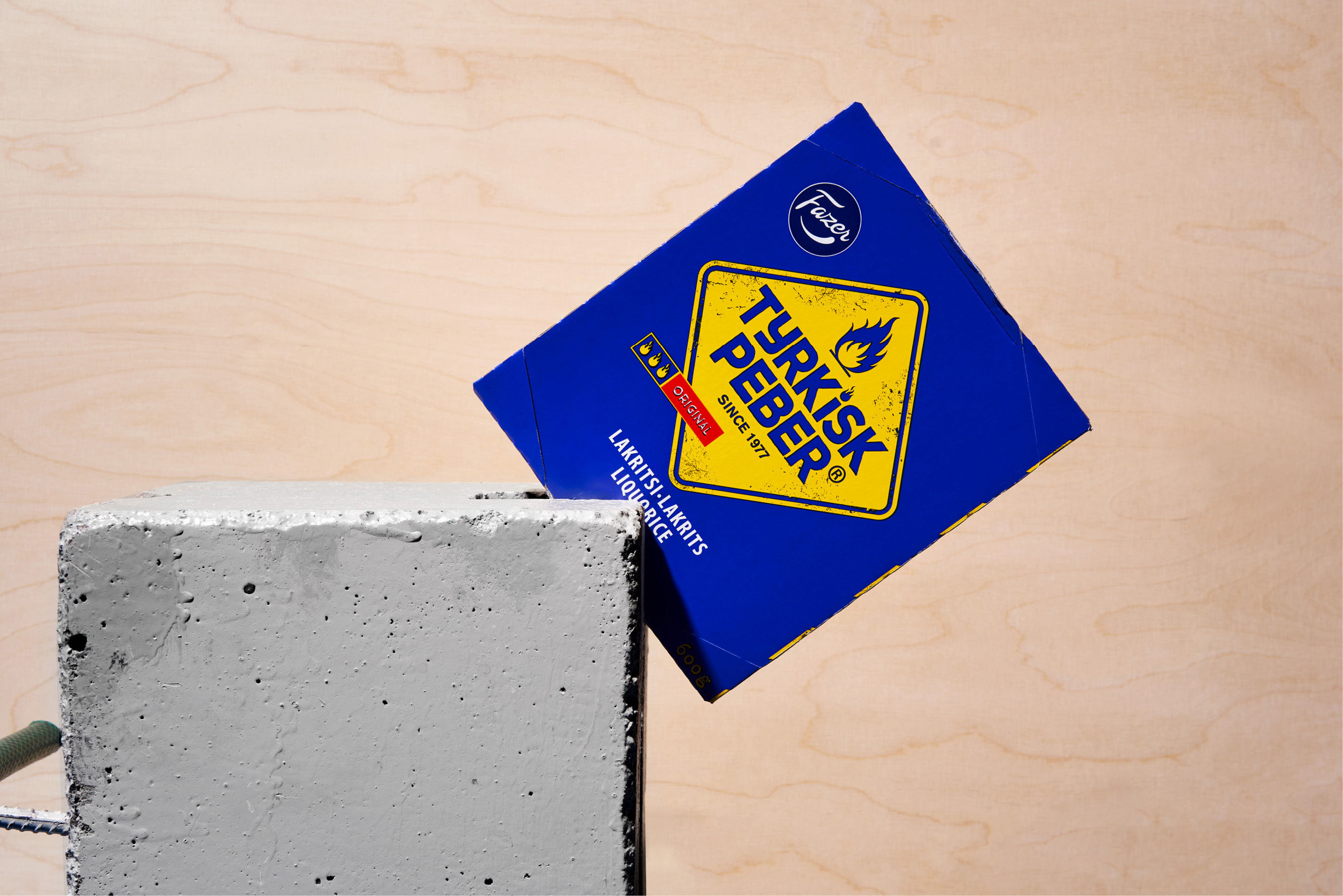