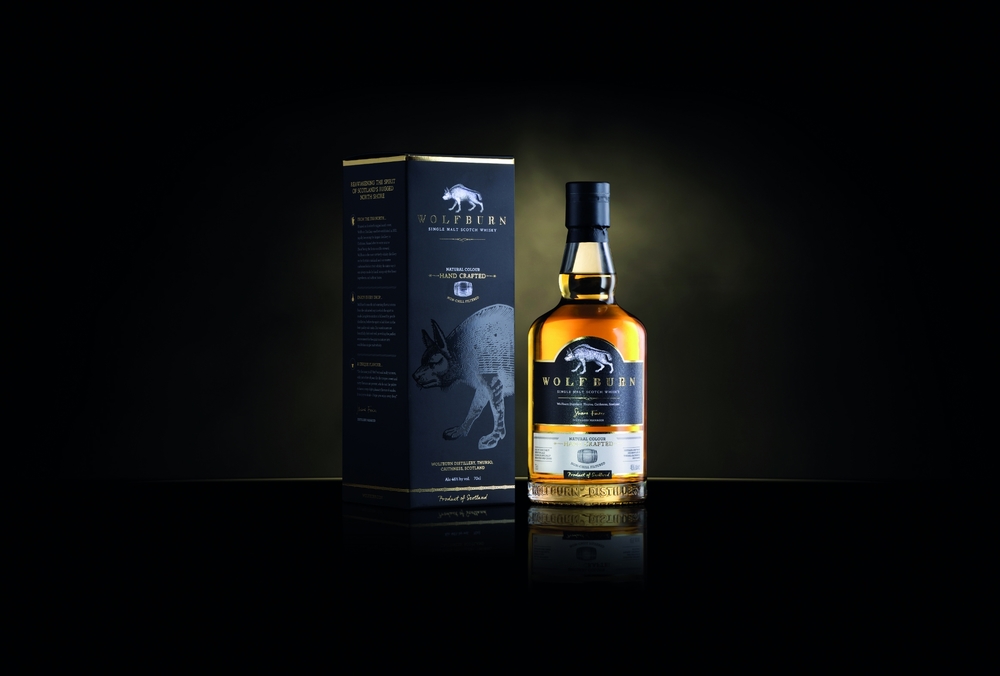 “Let’s start off by pointing out that it has been a long time since Wolfburn whisky has been available, and the last time it was produced at the original site in Thurso, Scotland, these things were happening in the world.

–    Queen Victoria was still on the throne.
–    Alfred Nobel had just invented Dynamite.
–    Big Ben had just struck its first chime.
–    Abraham Lincoln was President of the United States of America.
–    Victor Hugo had just published Les Miserables.
–    Jules Verne was journeying to the centre of the earth. 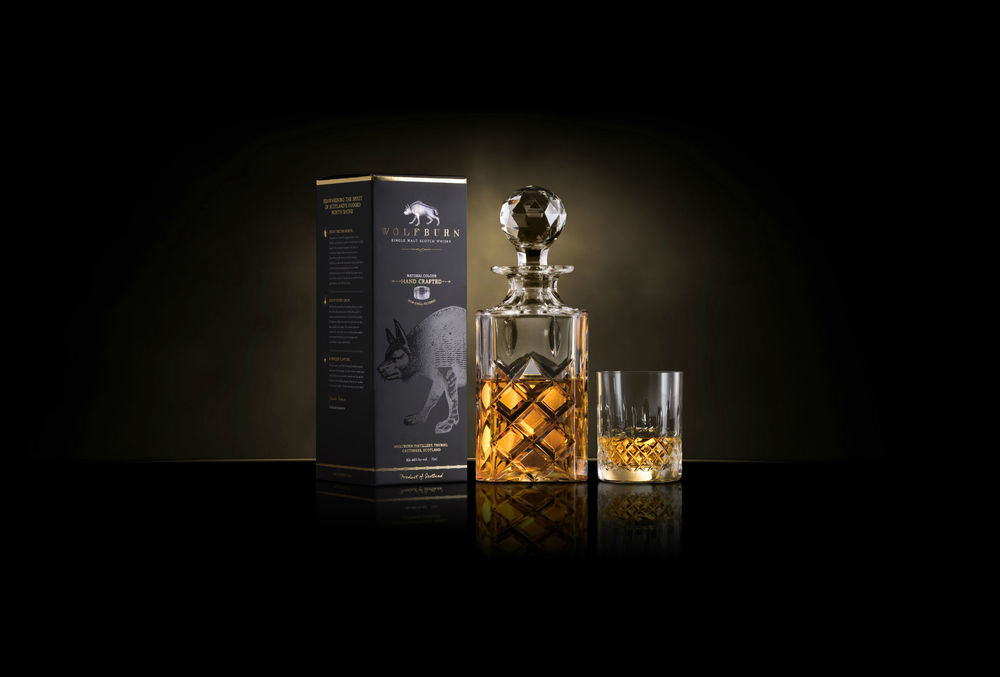 “Today, however, Wolfburn is a brand that is coming back from the dead distilleries. After 150 years of neglect, they found a “barely discernible pile of stones (in Thurso), but one thing still remained the same from the yesteryears of Wolfburn distillery: the water.” However, “No bottles or even memories of the original whisky remained from when the distillery last operated,” which not only meant a complete rebuild of the site the whisky would be produced on, but also a complete start from scratch of the production of the actual spirit itself.”

Making the decision to bring Wolfburn back to life was a massive task. When their list of to-dos began to shorten, and they finally reached the fun stage of preparing the packaging for their product, they came to us at Progress Packaging. To support their whole rebirth, we created these crash lock based cartons, which were flood-printed black and matt laminated to the outer. A gloss UV spot varnished was added, as well as the outer then being foil-blocked gold over two designs (EU version and USA version).

Progress also produced the Wolfburn labels, which were digitally printed onto uncoated stock paper. These, too, were matt varnished, as well as being gold foil-blocked over 4 designs that were given to us.

Now Wolfburn is back and it’s never looked better. ” 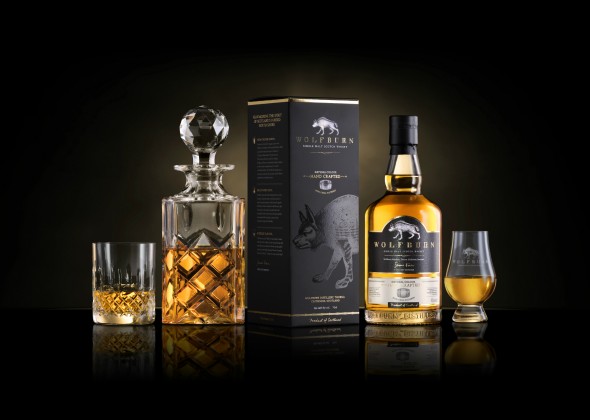 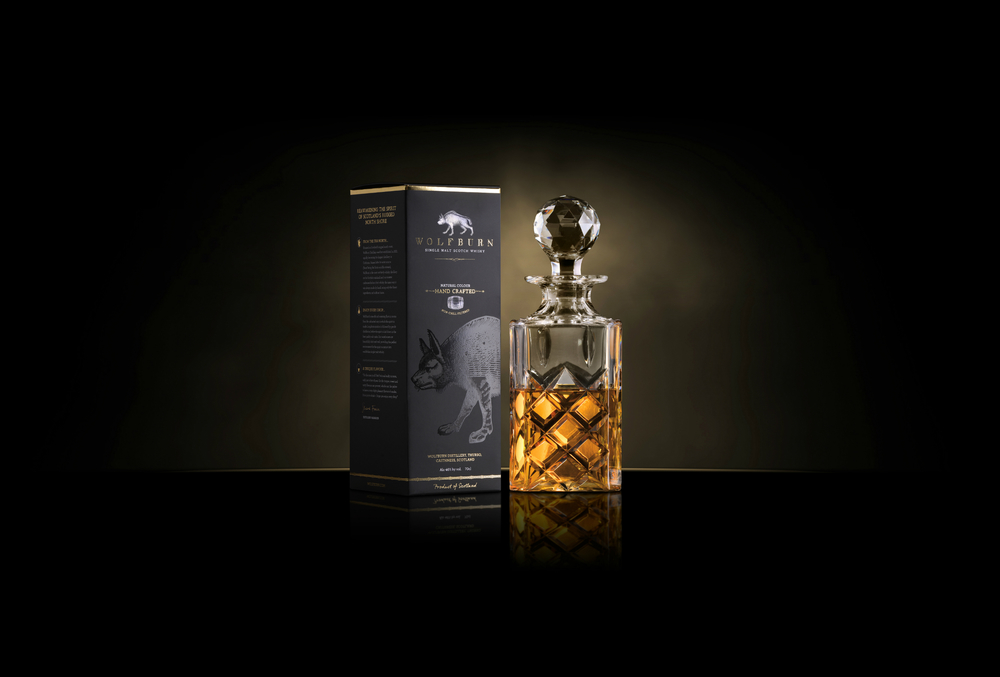 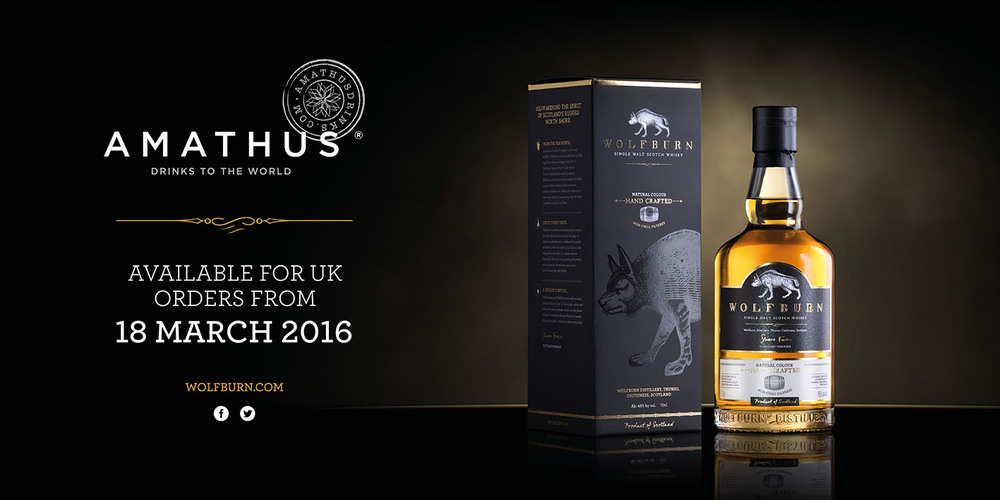