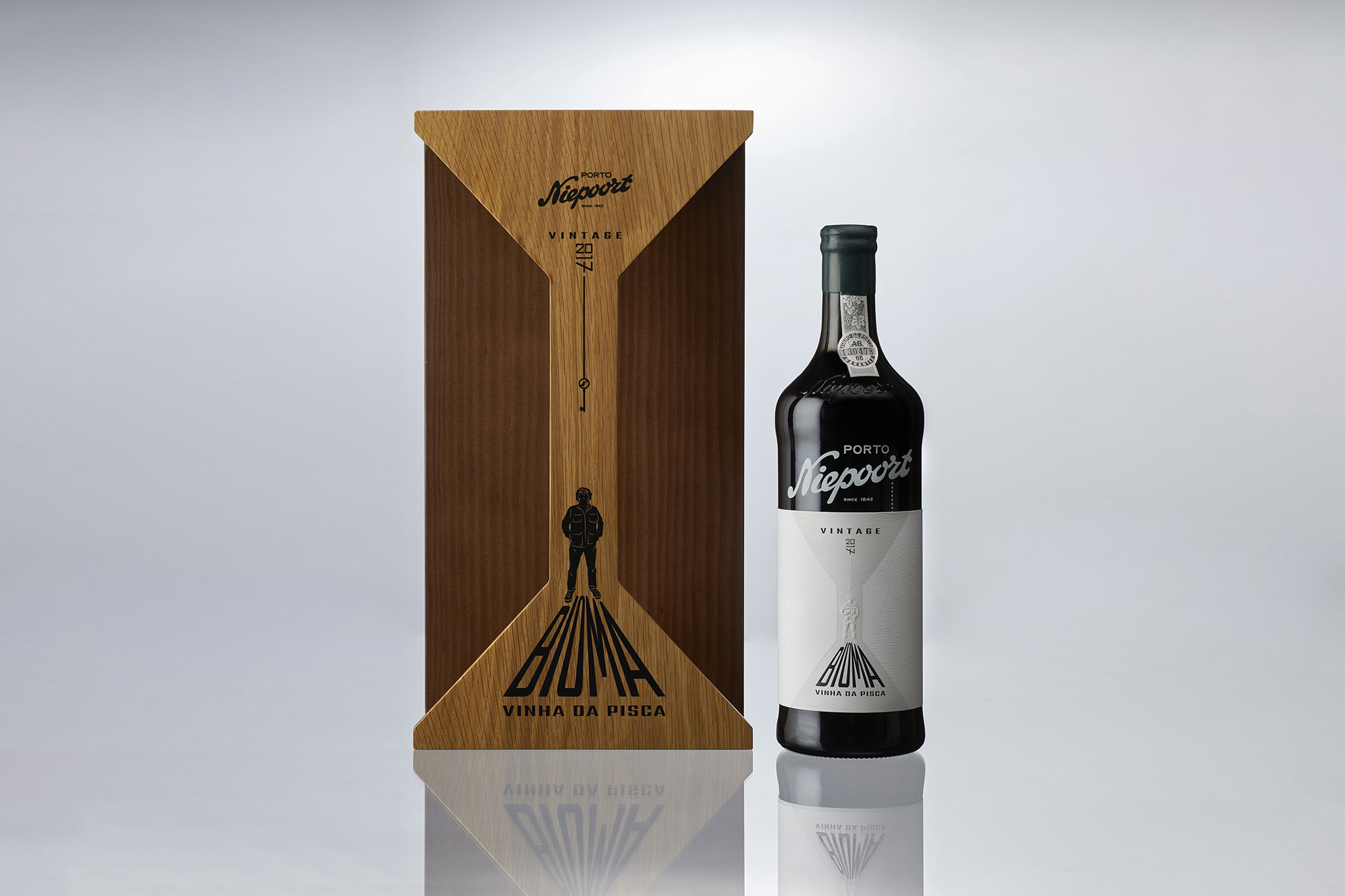 Niepoort, recognized company producer of Port wines since 1842, launched a special edition limited to 100 units, with identity, image and production signed by Omdesign, that is entirely inspired by Dirk Niepoort, one of the most emblematic and charismatic ambassadors of Port wine.

A 5th generation member of the family, he is the face, soul and audacity that inspired the agency’s creative team to create this original “Vintage with the knife in teeth”, which reflects the spirit and tradition of Niepoort, who bet on and gave everything to produce this unique wine.

The shape of the corridor of the collection of keys at the Winery on Quinta de Nápoles, in the heart of Douro, was the basis for this concept and shaped both the handle of this pack and the image adopted for the labeling. The key chosen, among so many options, by Dirk to open the door of this edition, pays homage to and remembers his father, Rolf, an invertebrate collector of various objects, namely keys, like the one that Omdesign replicated and transported for this project.

The first 100 members of the new club receive a unique key in oxidized bronze, which allows exclusive access to “Rolf & The Collectors”, under the motto: “For each key there is a lock, for each lock a door and behind each door, an experience”.

Omdesign has developed several original illustrations that refer to Dirk and his universe, from the Crocs to the vest he always wears, and that give life to the different materials created.

Produced in oak wood with screen-printed elements, “Rolf & The Collectors” reminds, in its shape, an old toolbox. Inside, there is a bottle, four hand-painted tiles that together reveal the famous sentence: “Tu podes, assim tu queiras!”, which means you can since you want to, commonly used by Dirk, and its cork back was designed to allow them to also be used as coasters. It also counts with a booklet, that invites us to explore and walk through the essence of this project, with the Crocs in serigraphic varnish that guide our reading across the legacy that Dirk has guided in recent years. Specially designed and created for this packaging, there is also an exclusive wooden board with a green leather handle and a numbered knife, which embody the concept of this “Vintage with the knife in teeth”.

The numbered label is a unique and innovative piece, which embraces the original screen-printed bottle of the Niepoort Bioma Vintage 2017. Inside, there is a small comic strip, which illustrates Dirk and the corridor of keys of his father, which can be detached and used, for example, as a postcard. Each label has an irreverent image, reinforced by the modeled relief and stamping foil, and is manually applied with resin medals featuring illustrations created by Omdesign, a tribute to the six generations of the Niepoort, and whose inspiration came from the symbol of its founder, the basis of the Niepoort logo.

Niepoort Bioma Vintage 2017 is a return to the past, with eyes set on the future, a legitimate “Vintage with the knife in teeth”, which represents well the will and boldness of Dirk, who inherited the challenge of “innovate while maintaining their good traditions”, motto that has dictated his journey and the guidance of that legacy until the present, now with his children. 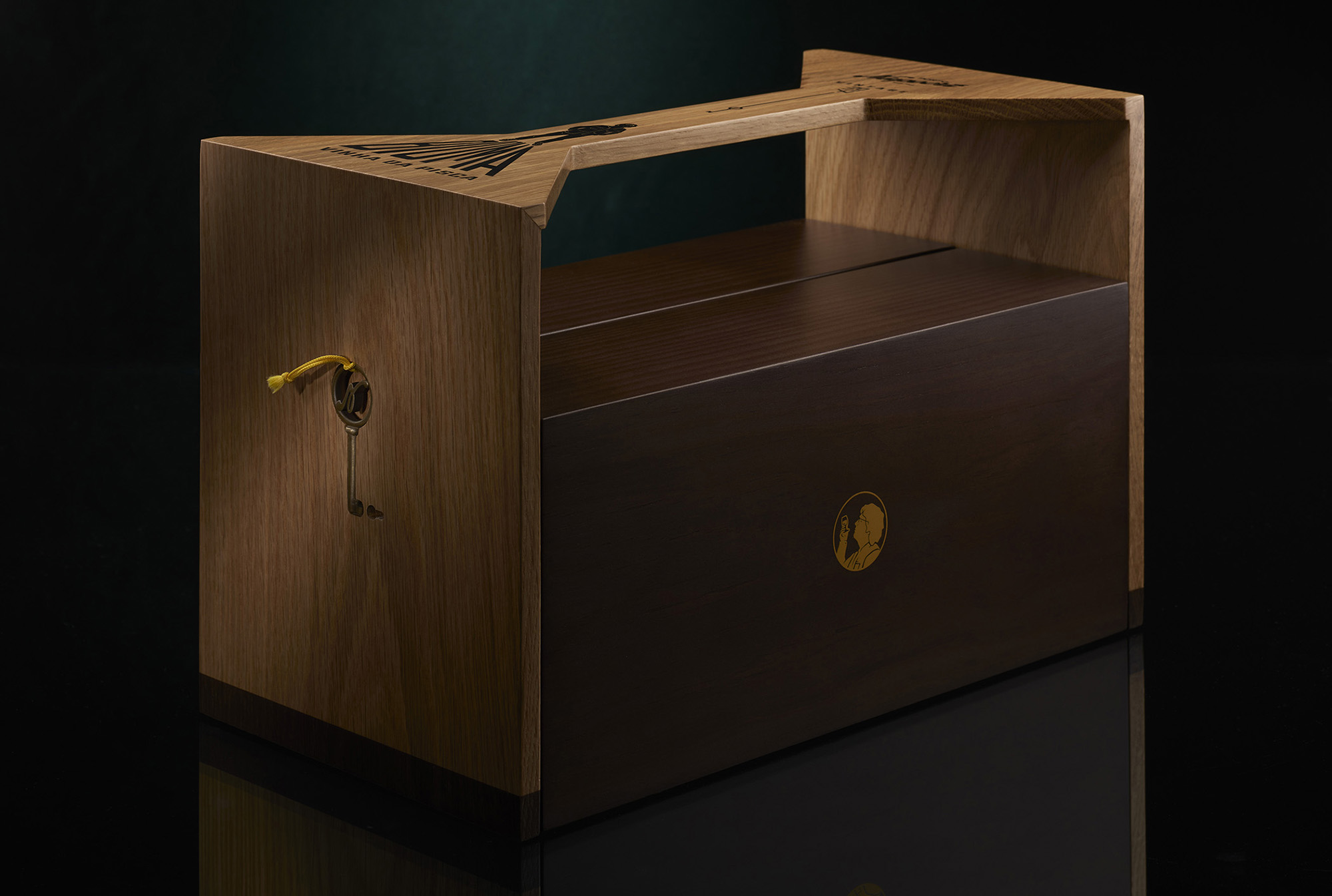 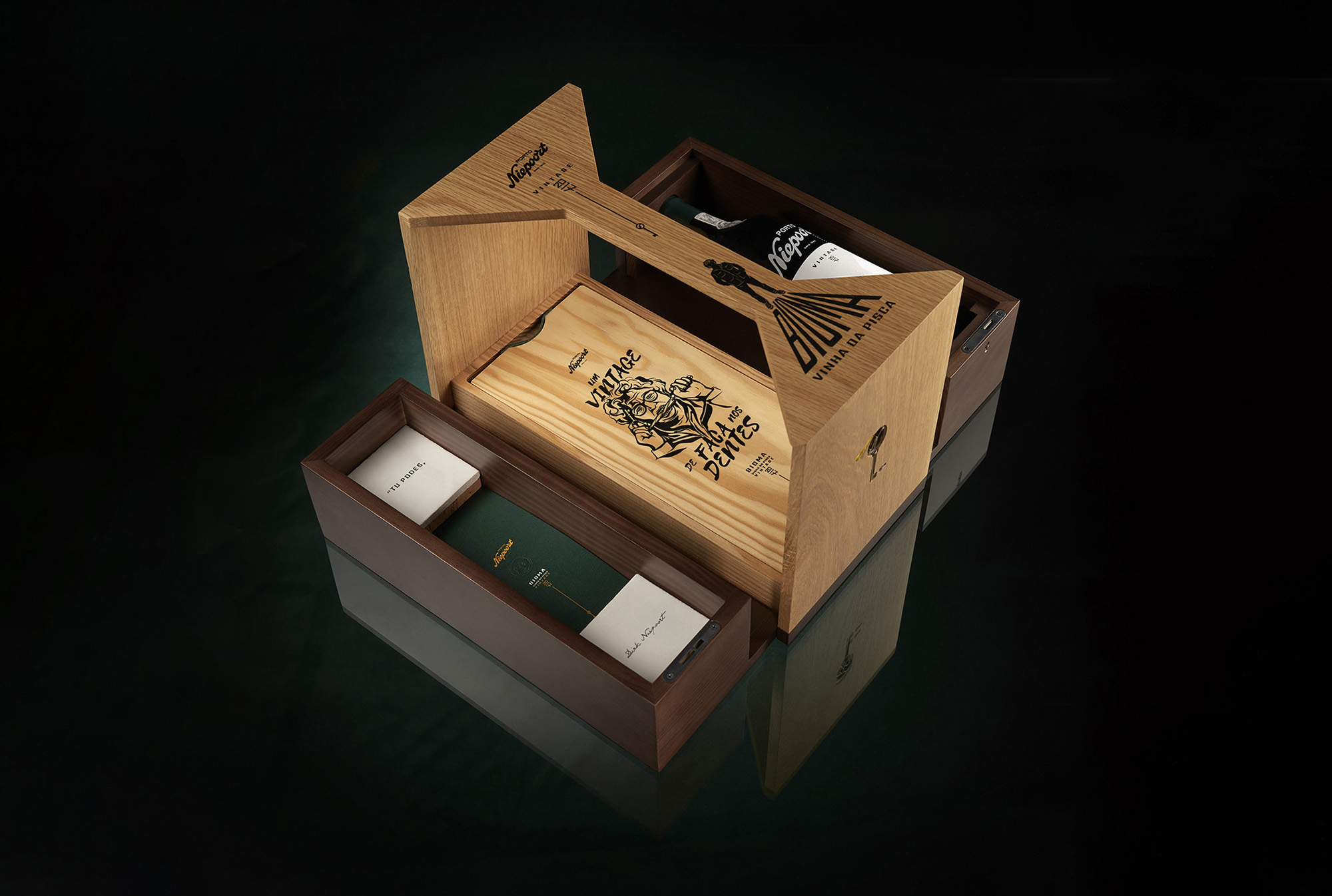 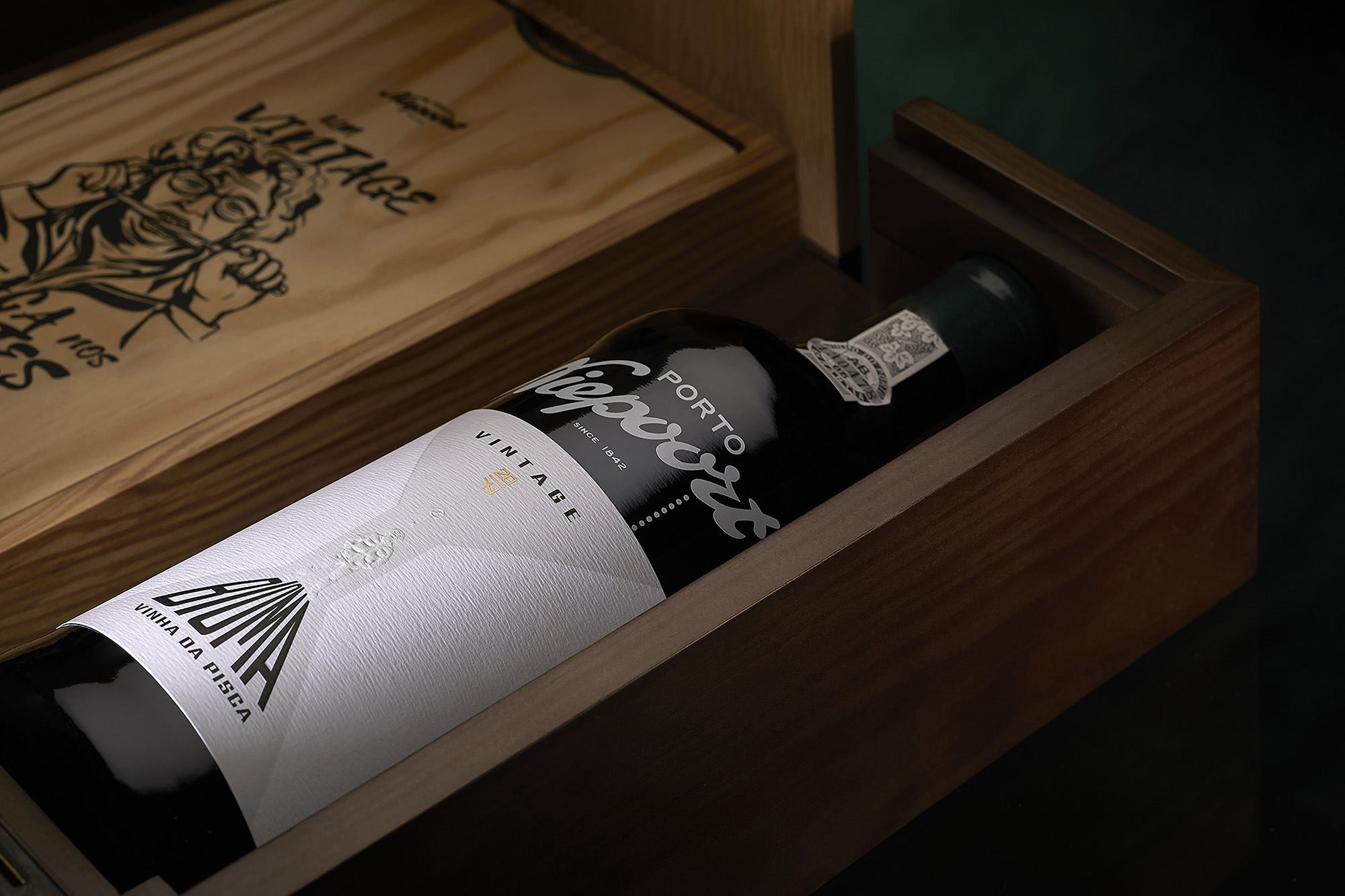 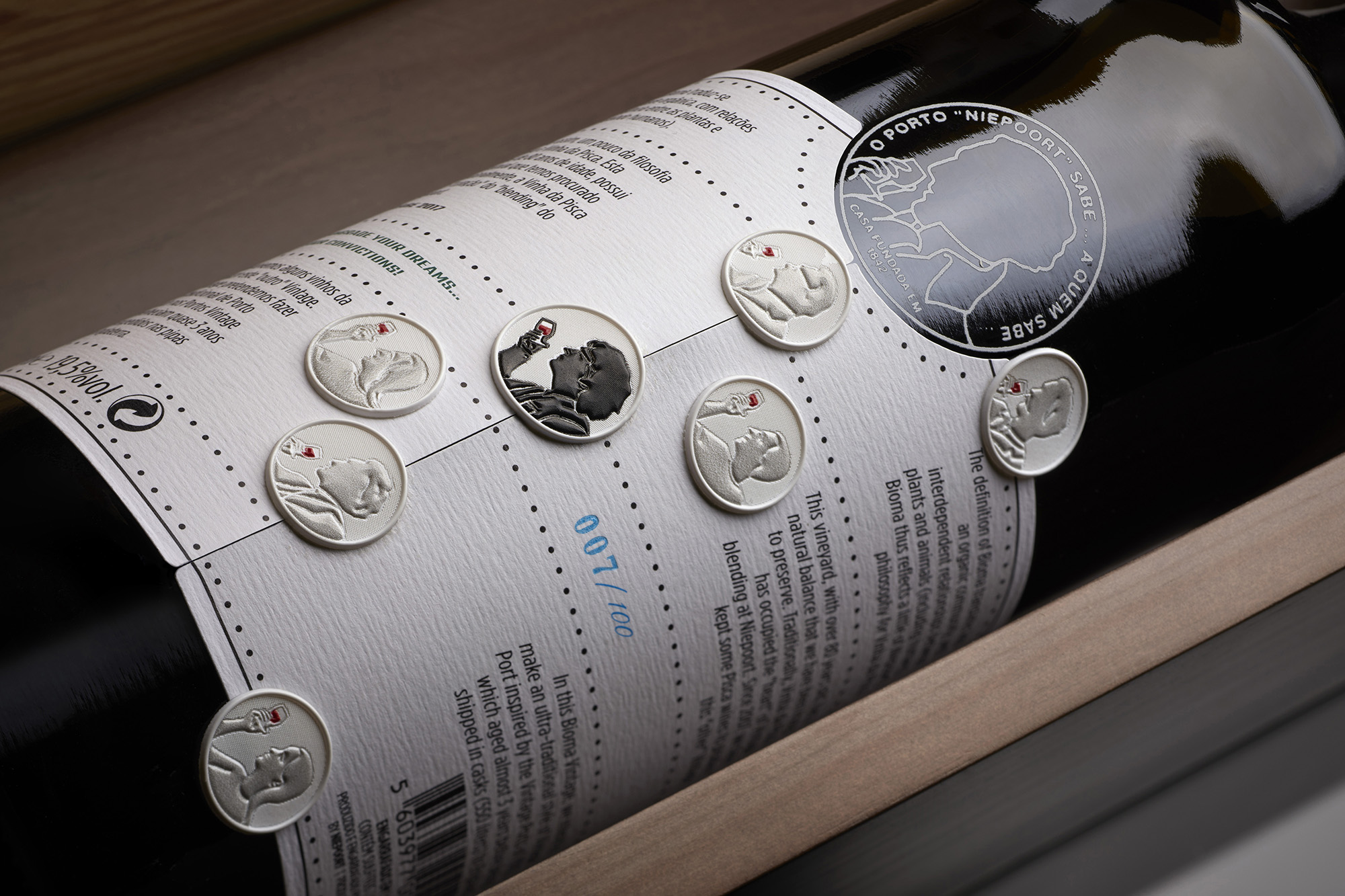 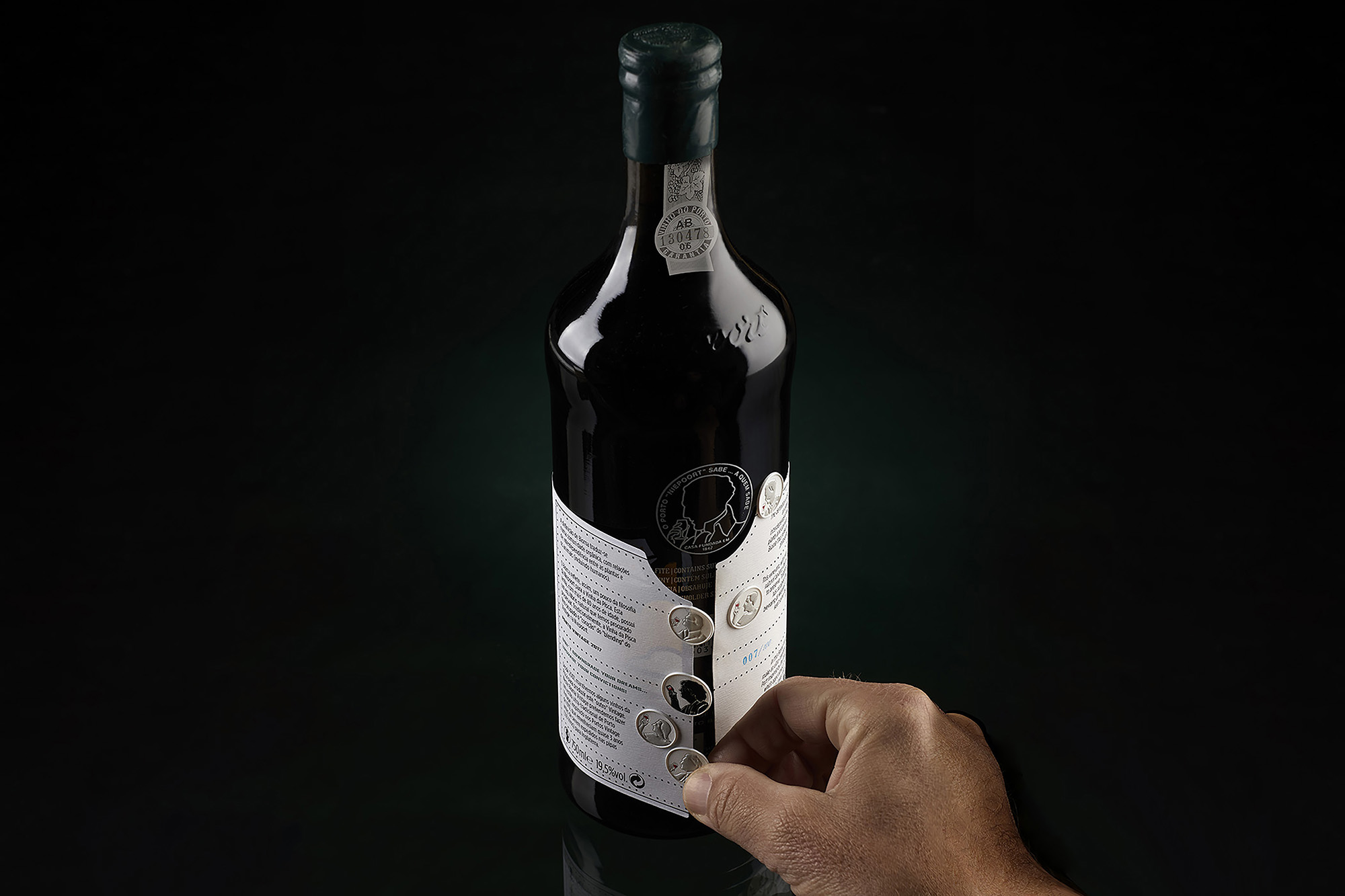 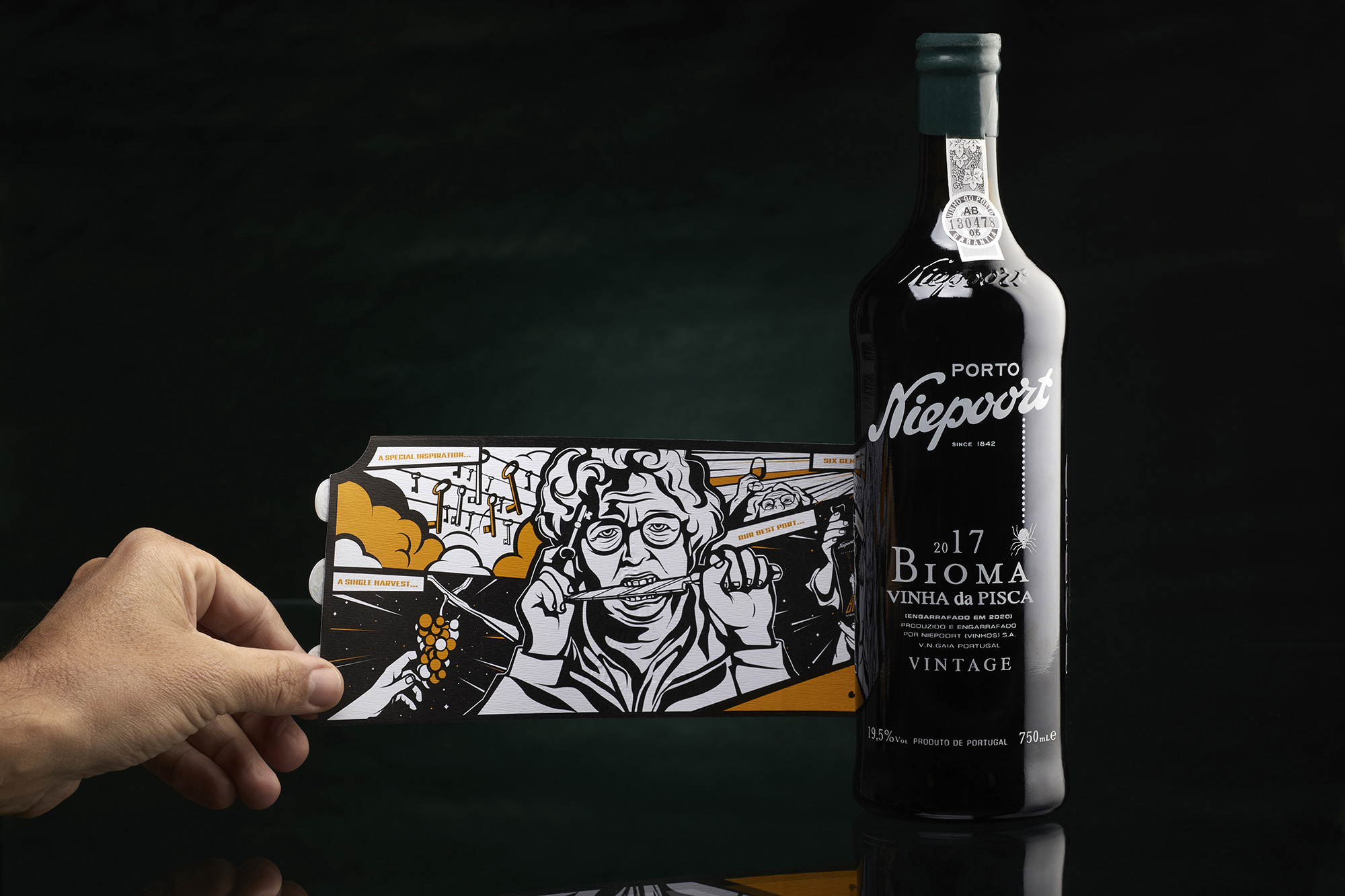 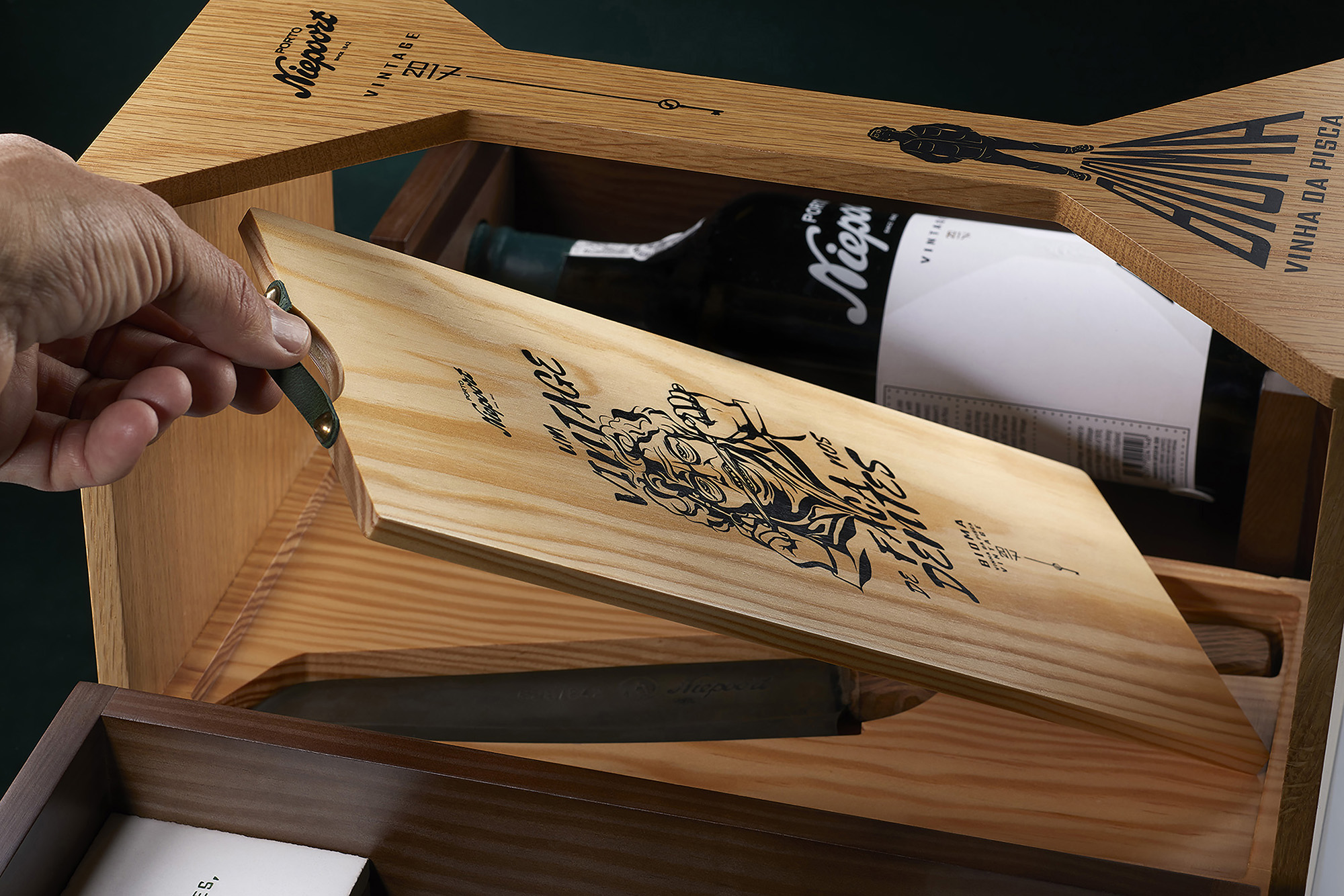 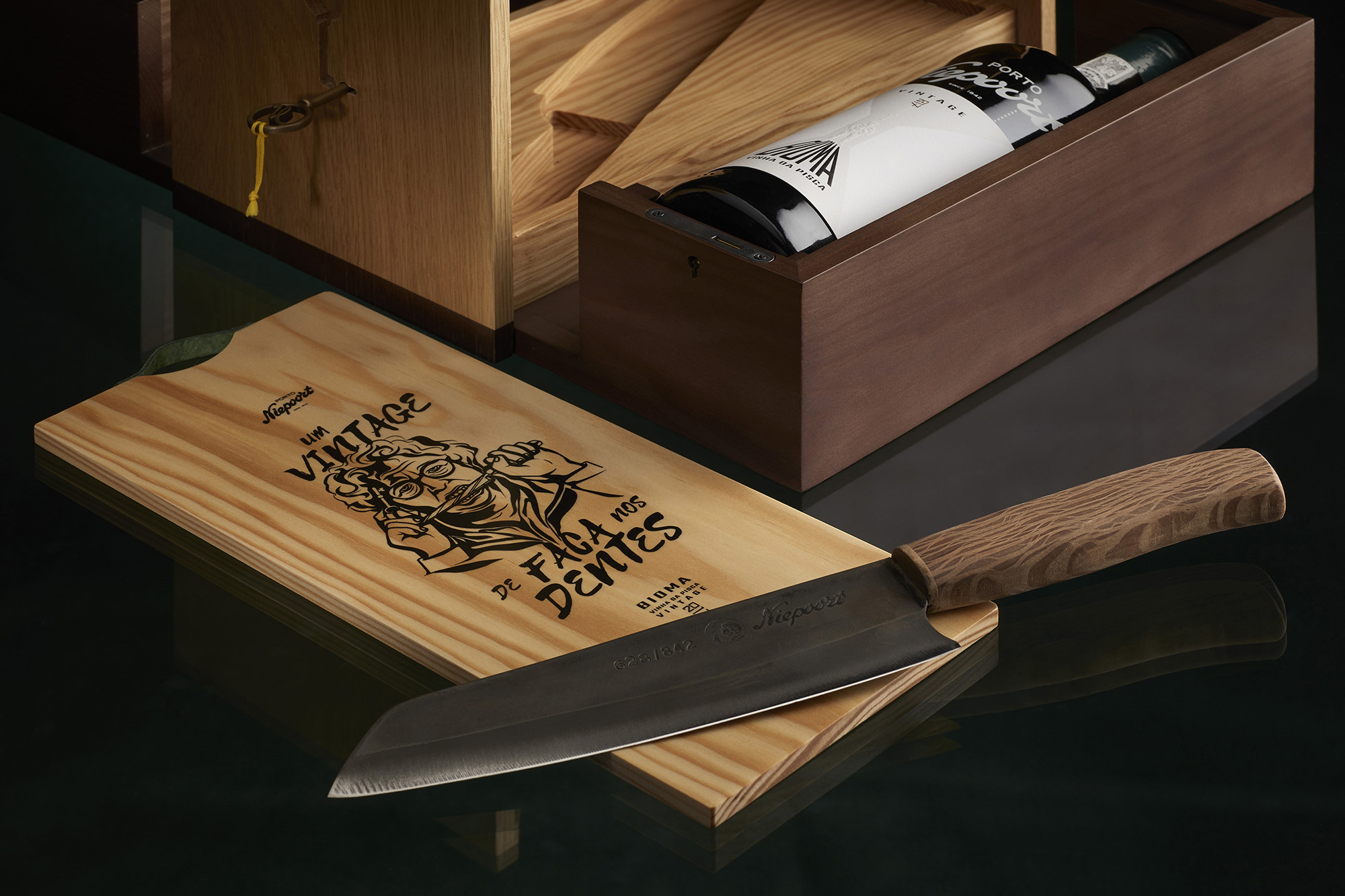 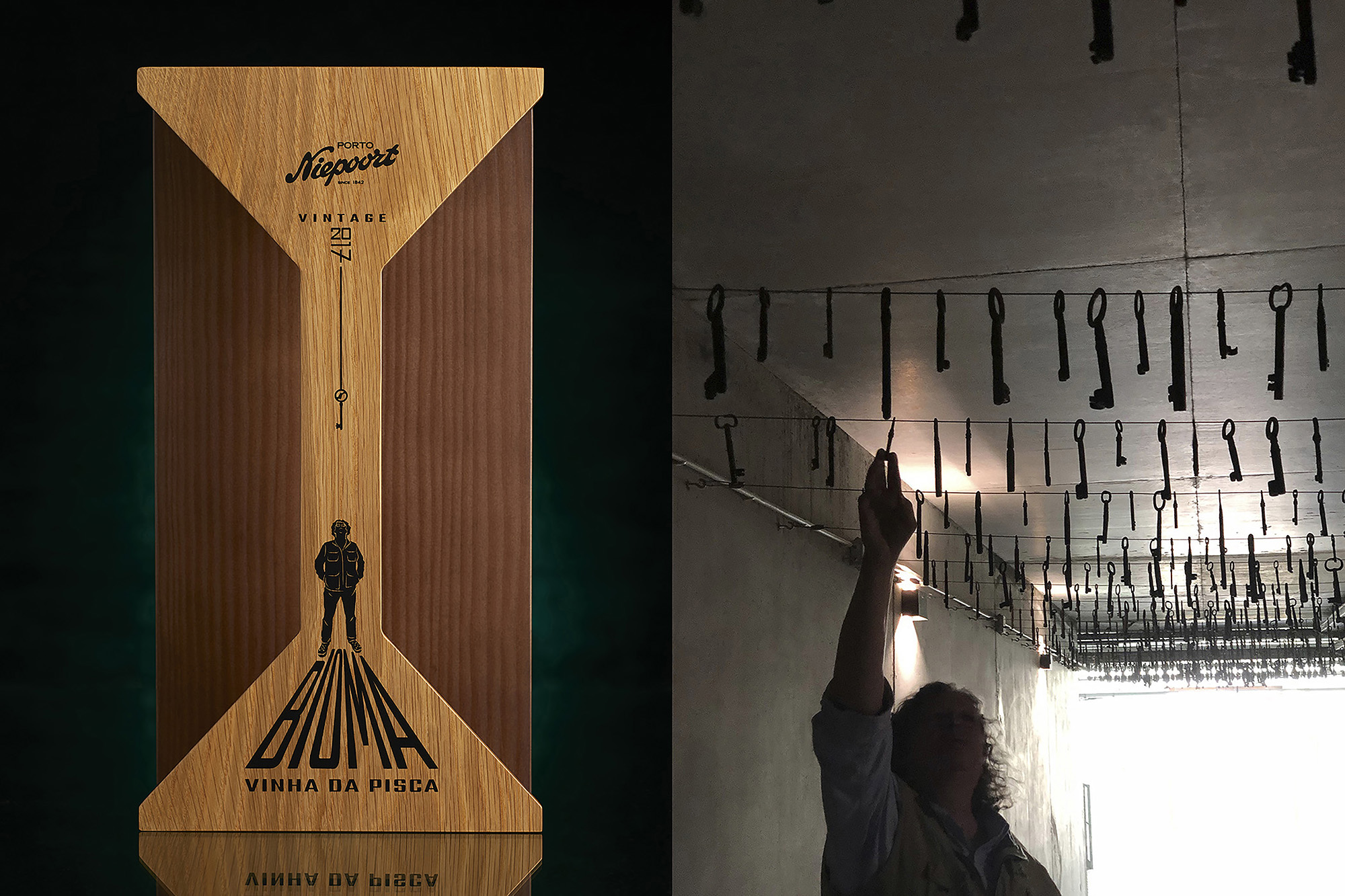