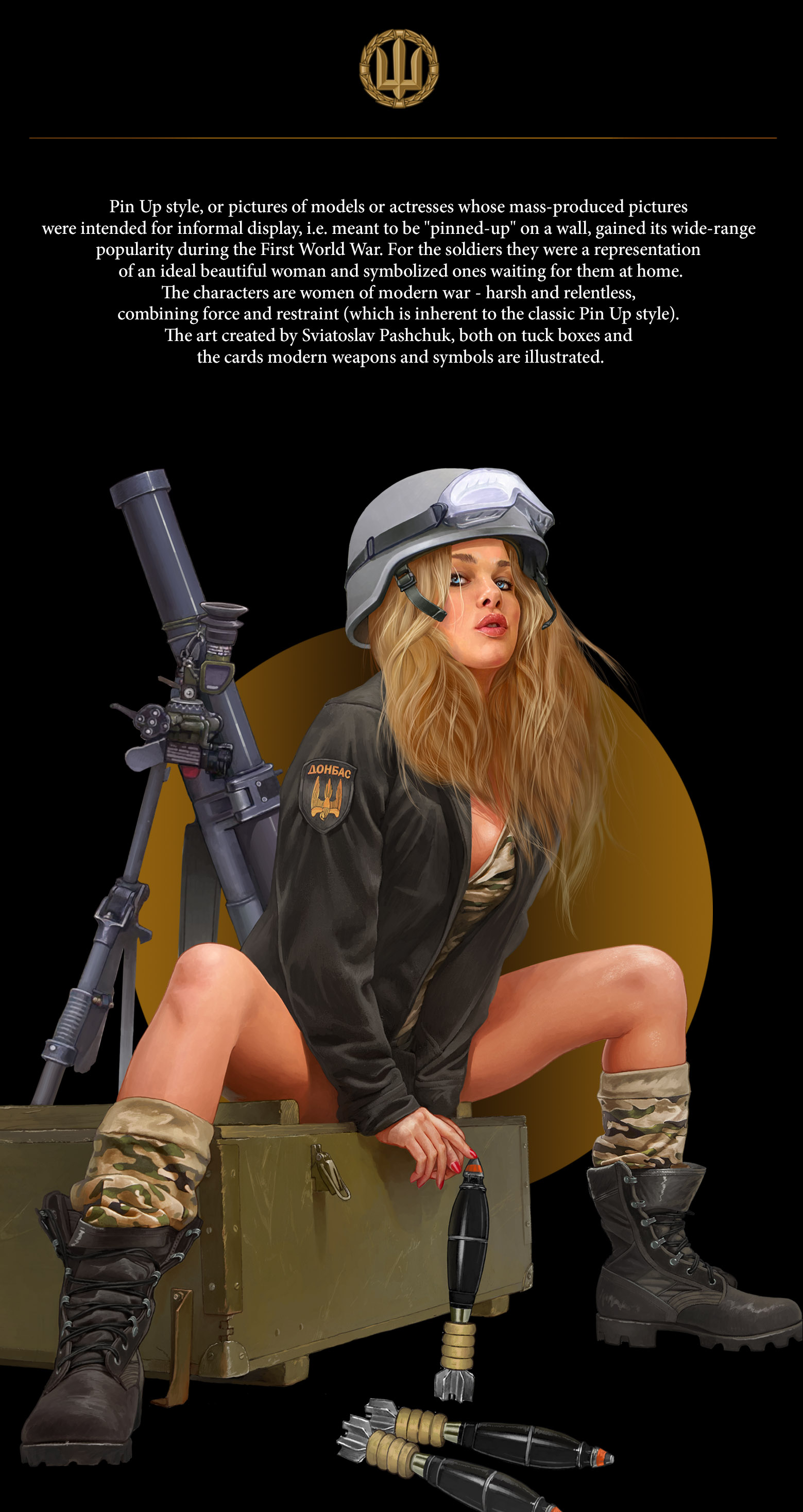 Pin Up style, or pictures of models or actresses whose mass-produced pictures were intended for informal display, i.e. meant to be “pinned-up” on a wall, gained its wide-range popularity during the First World War. For the soldiers they were a representation of an ideal beautiful woman and symbolszed ones waiting for them at home. The characters are women of modern war – harsh and relentless, combining force and restraint (which is inherent to the classic Pin Up style).

The art created by Sviatoslav Pashchuk, both on tuck boxes and the cards modern weapons and symbols are illustrated.
The first edition of Military Pin Up deck was successfully funded on Kickstarter in 2018.  Now, when the Armed Forces of Ukraine became a shield for Europe and confirmed the status of one of the strongest and most advanced armies in the world, we decided to relaunch this deck in order to praise and popularize the subunits and battalions who fight every day to protect Ukraine and preserve it integrity.

Supporting this campaign means more than just getting another deck of cards – it is your involvement to the big deal.
Holding these decks in your hands after Ukraine’s victory, your heart will be full of respect and honor to those who accomplished this great feat. 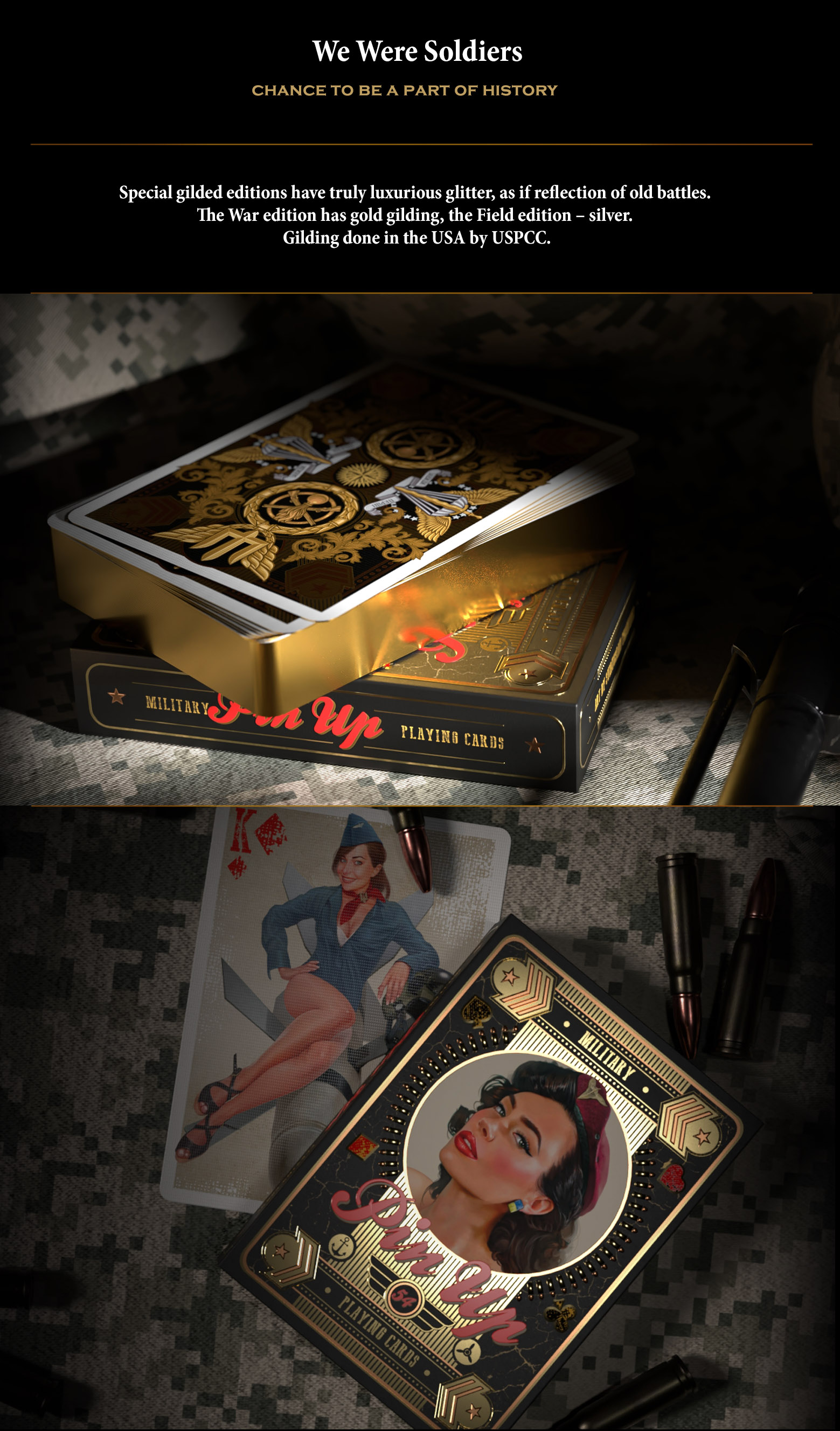 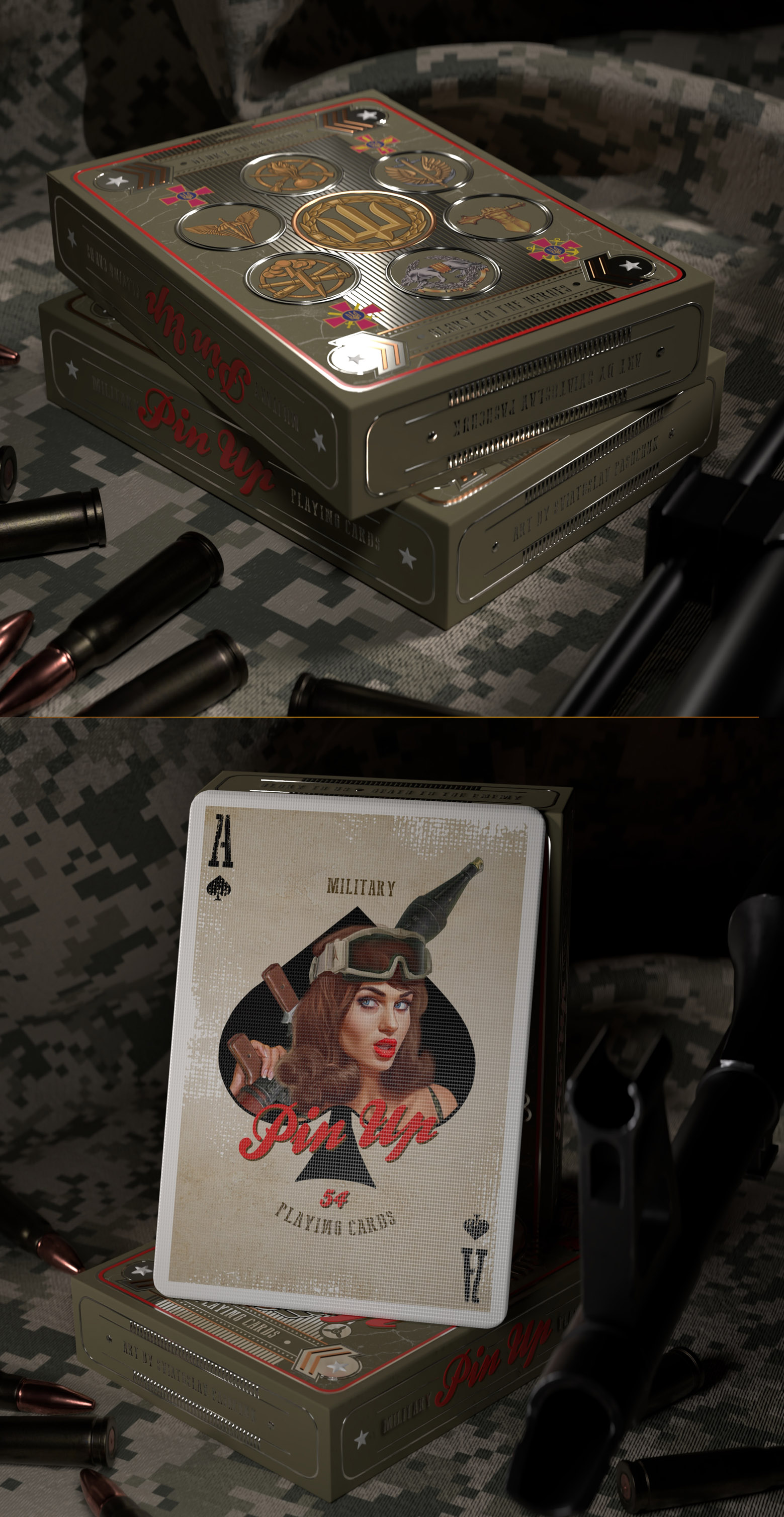 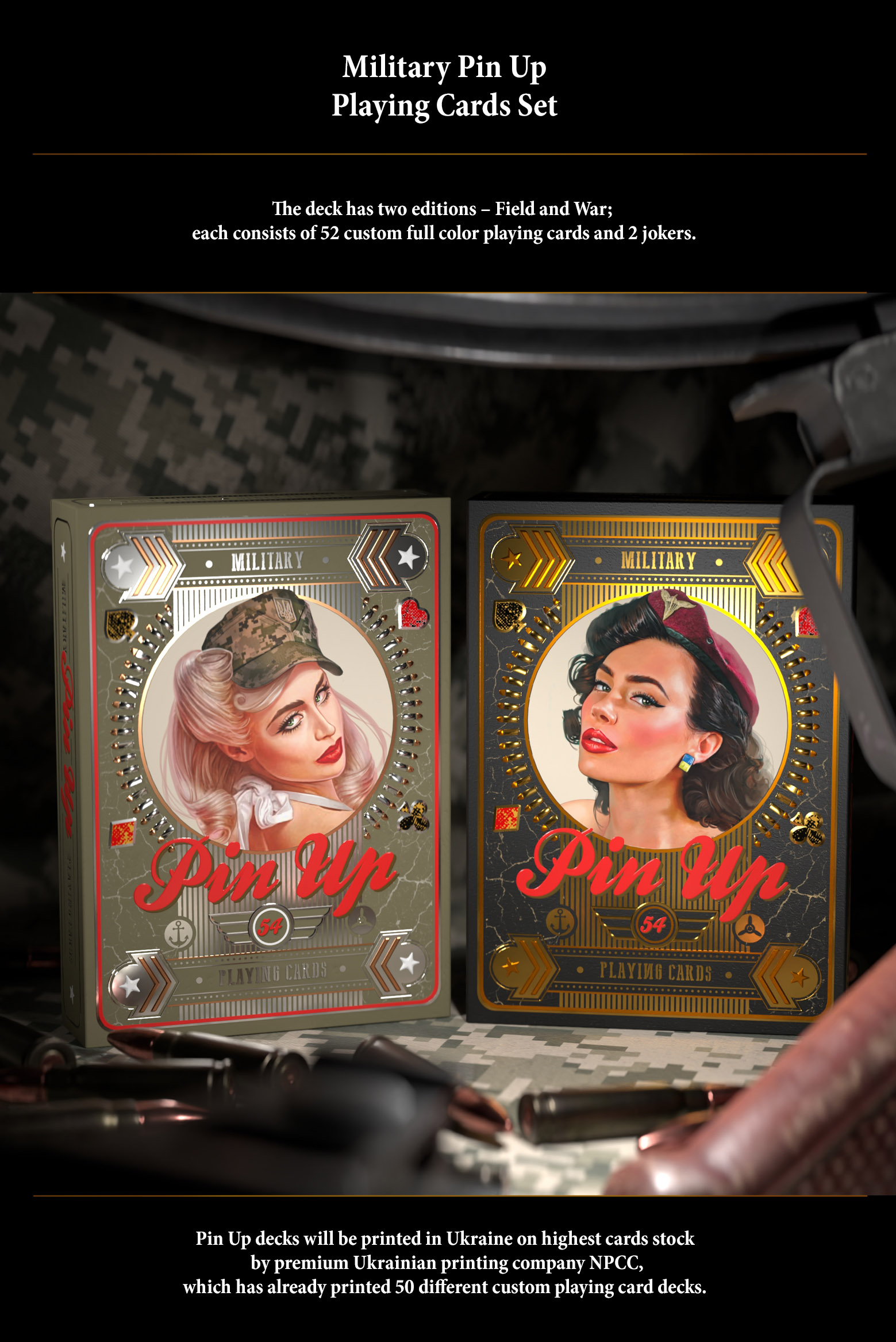 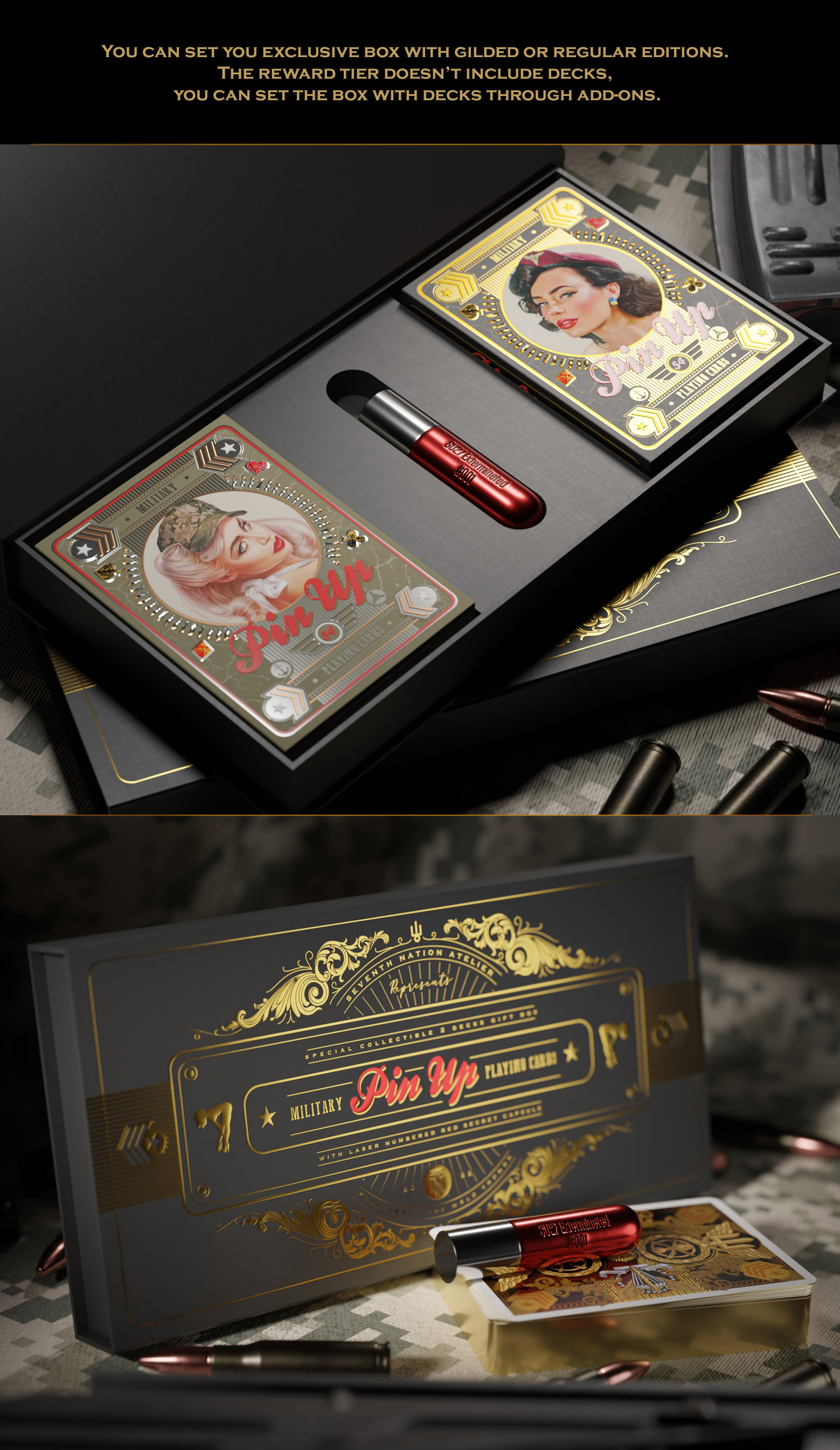 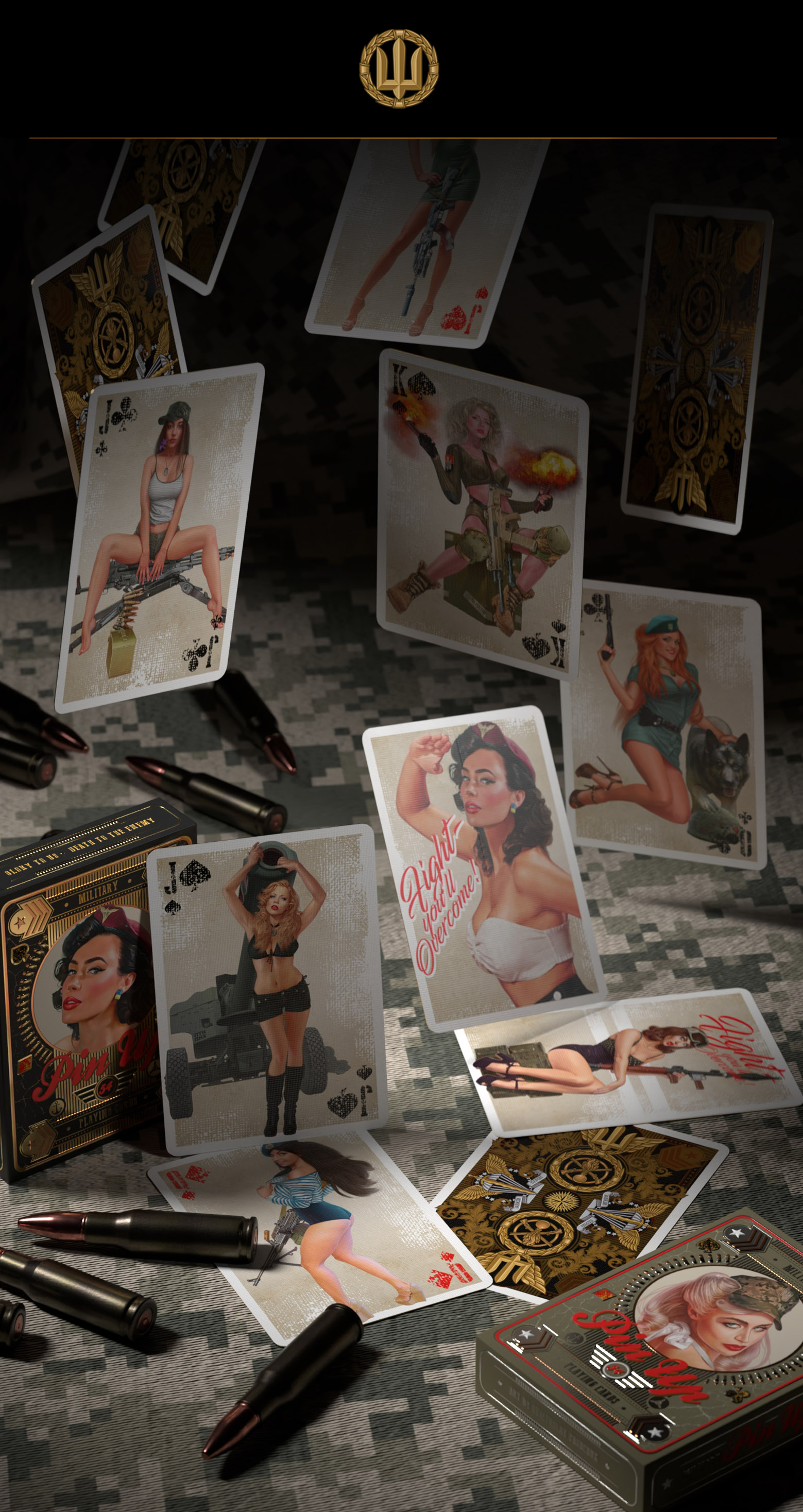 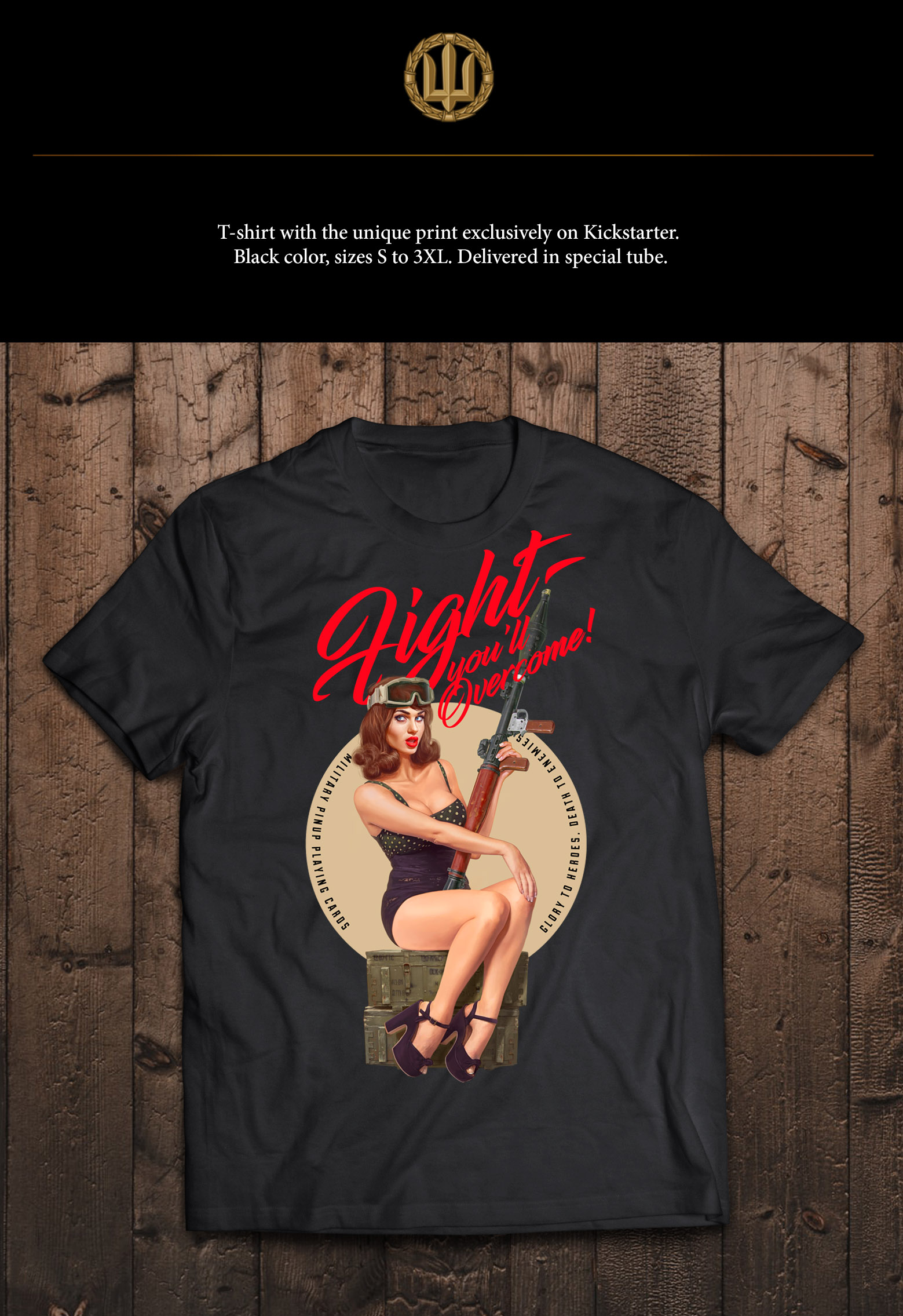