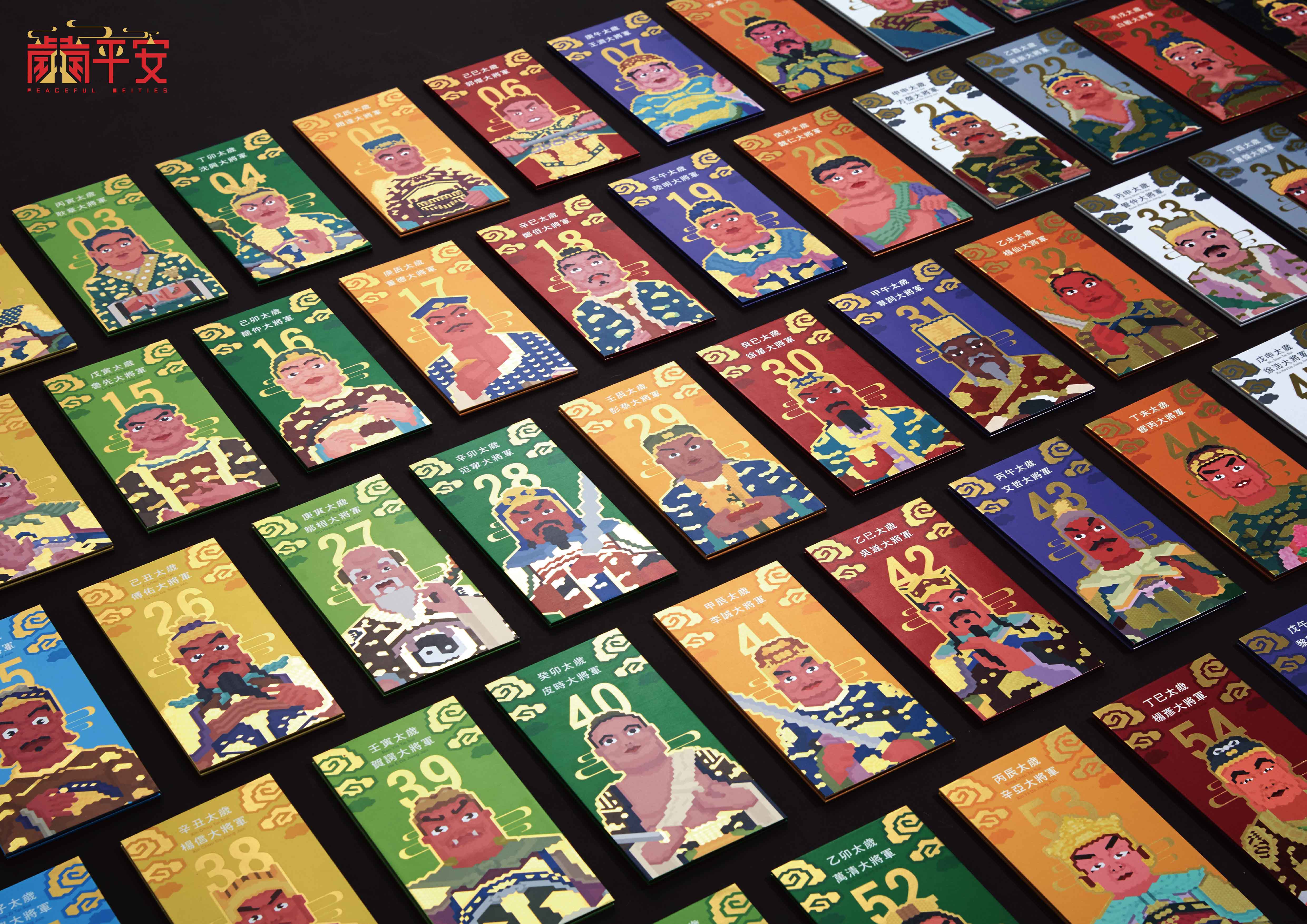 The Tai Sui corresponds to the cycle of 60-year stem branches, governing the fortune of the folks every year. Despite it’s a famous Chinese folk culture, the root of the story is not widely known; The Tai Sui Generals.

The concept of the work comes from Taipei’s temples, such as sources, ideas, and the rituals activities being held in the place.
During the lunar new year, we surveyed most of the people would come for the blessings of the Tai Sui, but not through the actual procedures. Just a pay-and-go ,which makes us people more distant from our own traditional culture ethics.

Every guardian protectors were numbered according to their year cycle, so people can simply find their own guardian according to the sequence. While the coordination of the colors were taken from the “Wu Xing” elements such as Wood (mu), Fire (huo), Earth (tu), Metal (jin), and Water (shui), which attributes to the Chinese Zodiac sign of the Tai Sui generals.

The booklets contain guardian protectors’ paper talisman for the origami folding of the chinese animal zodiac. The folding steps were researched through the actual “Bagua” folding and originally created. The actual process of the ceremony were to burn the talisman after finished, but we made it to be environmentally friendly as it can be kept in their wallets or purse instead.

To increase the interaction with their own guardian protectors, we made variety of portable charms that fit for daily use such as card holder, transporation card and phone case.

One of the most highlights of the product is the outer package, just a fold to the back and it can be used as a display box.

The goal of the project was not only to prevent the detachment of the culture but something pleasing and approachable that even children will like it! 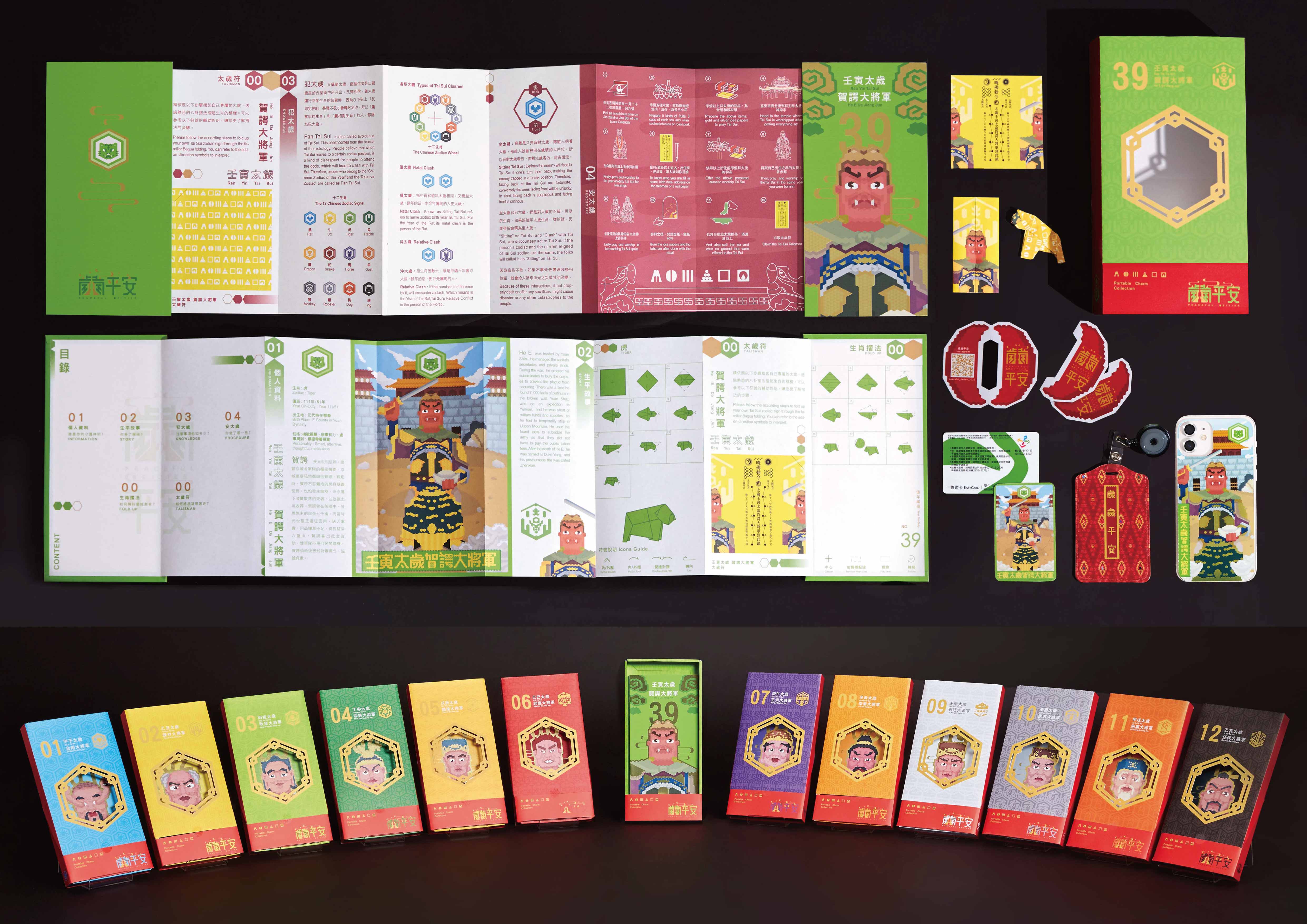 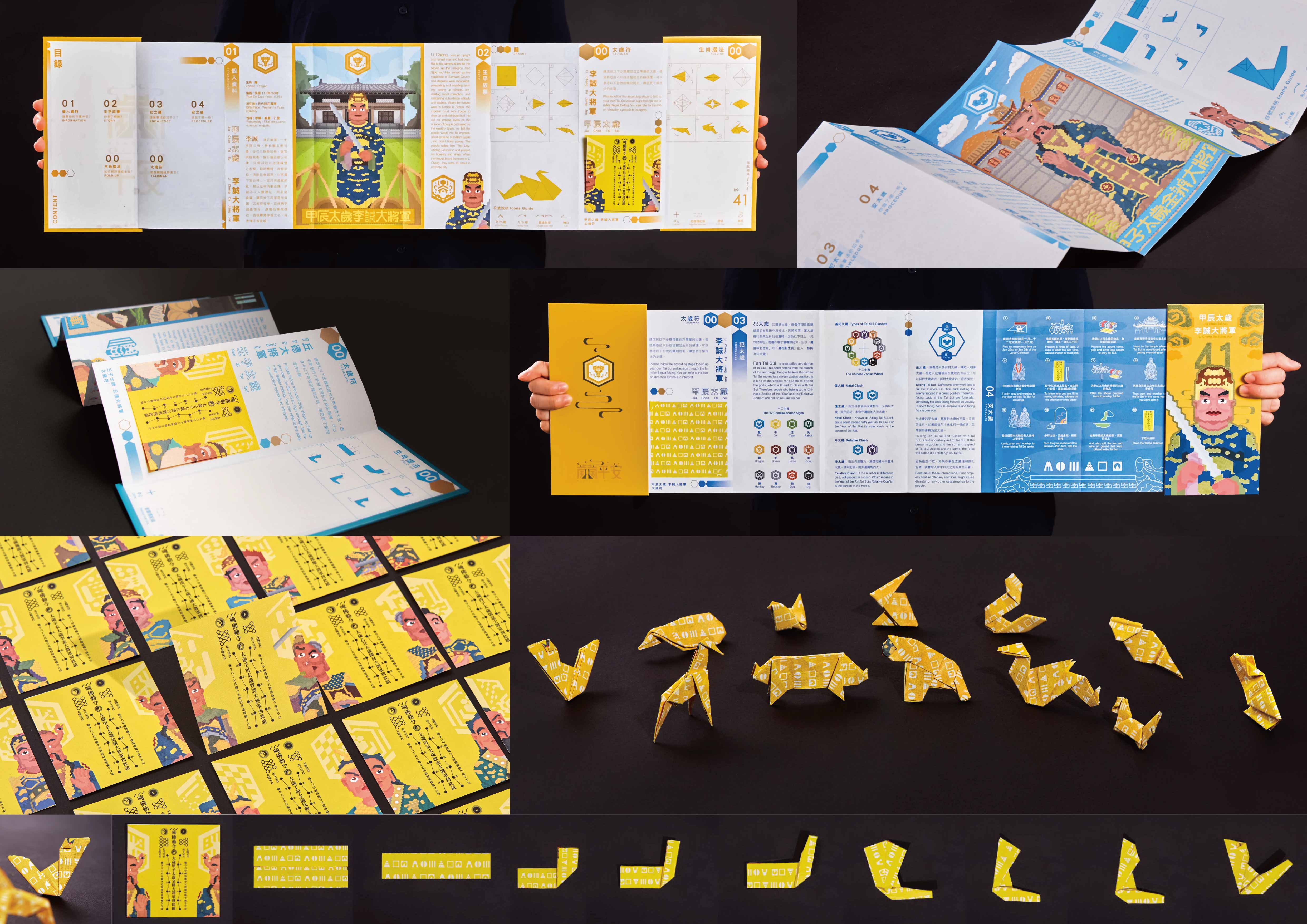 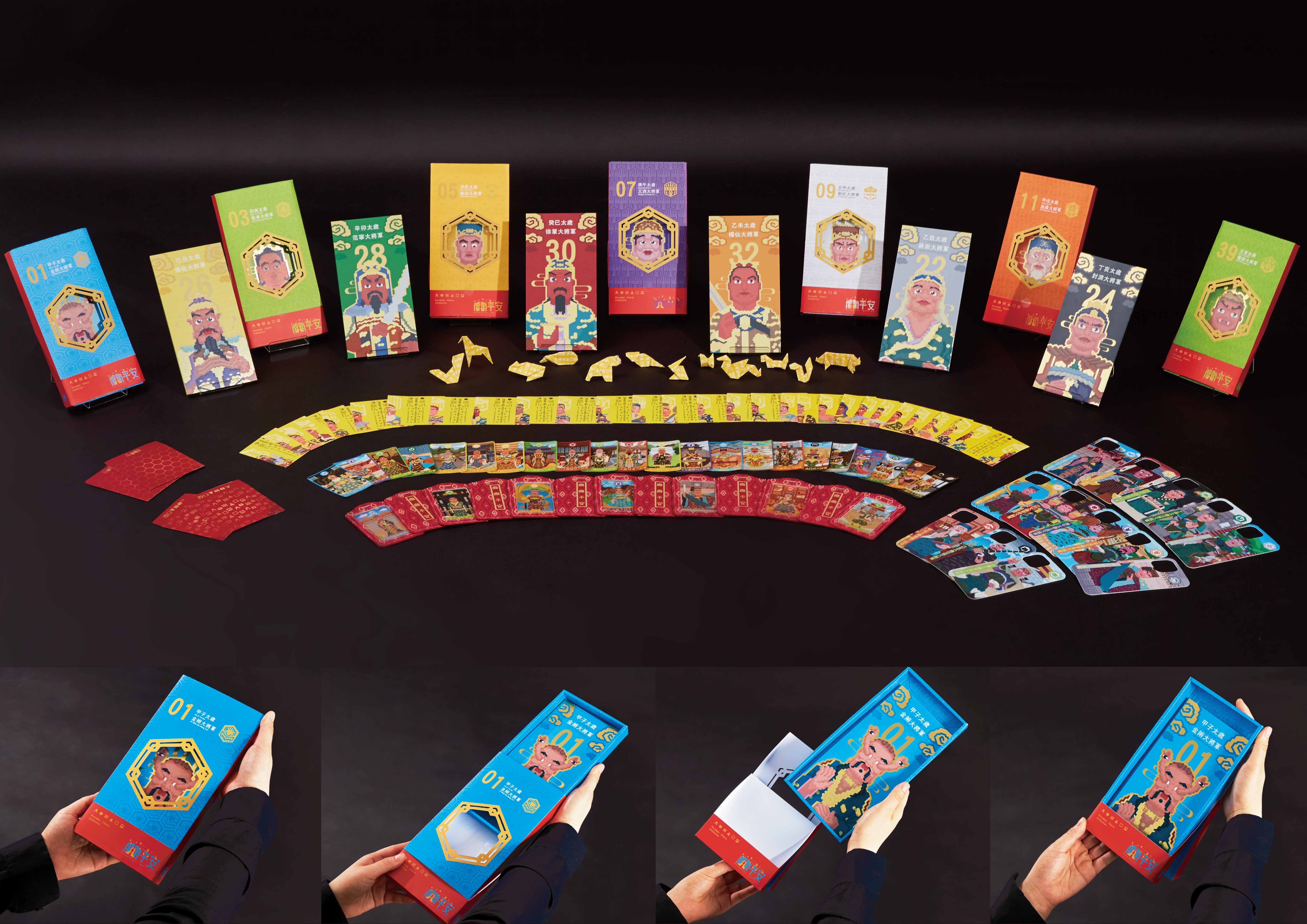 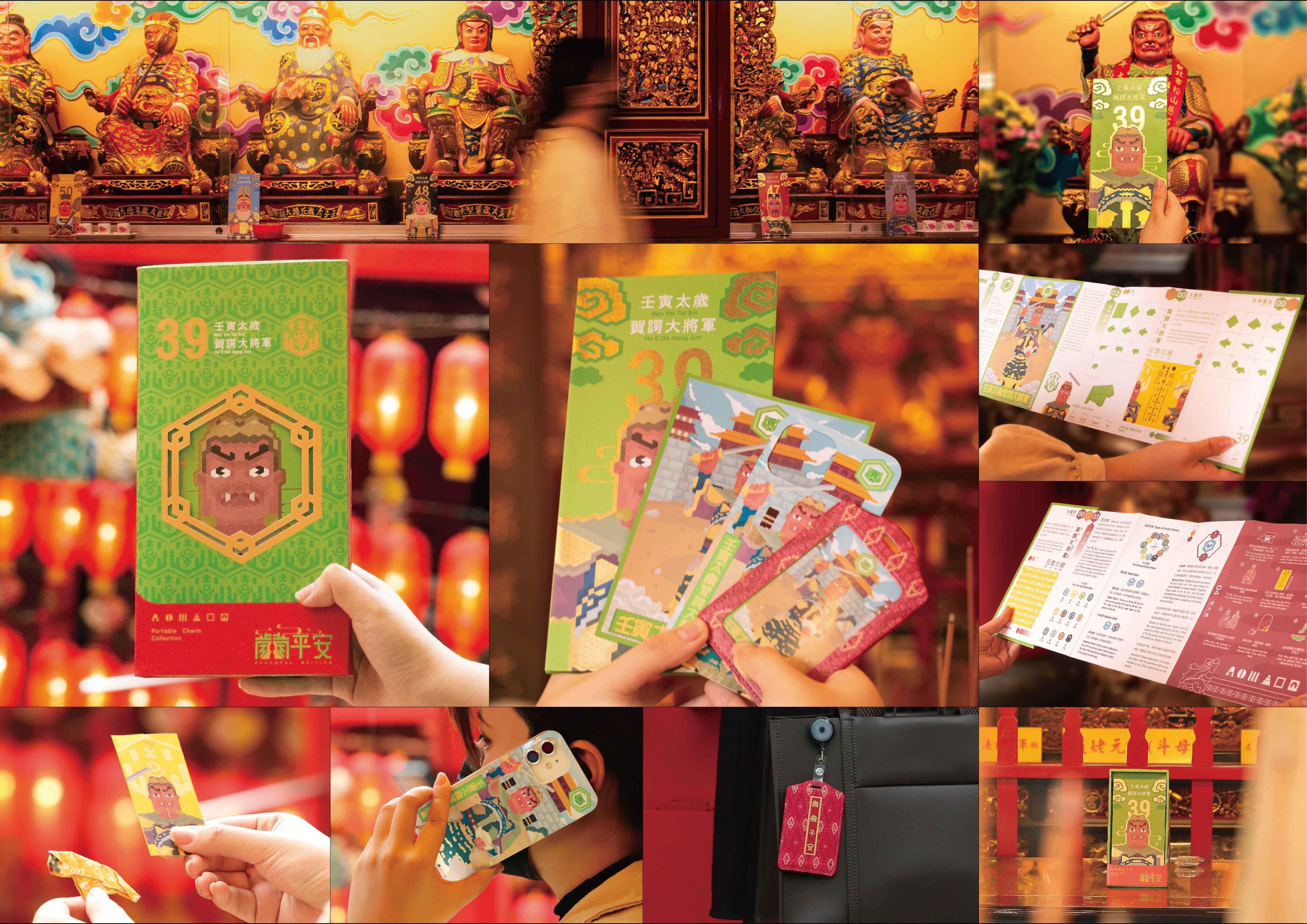