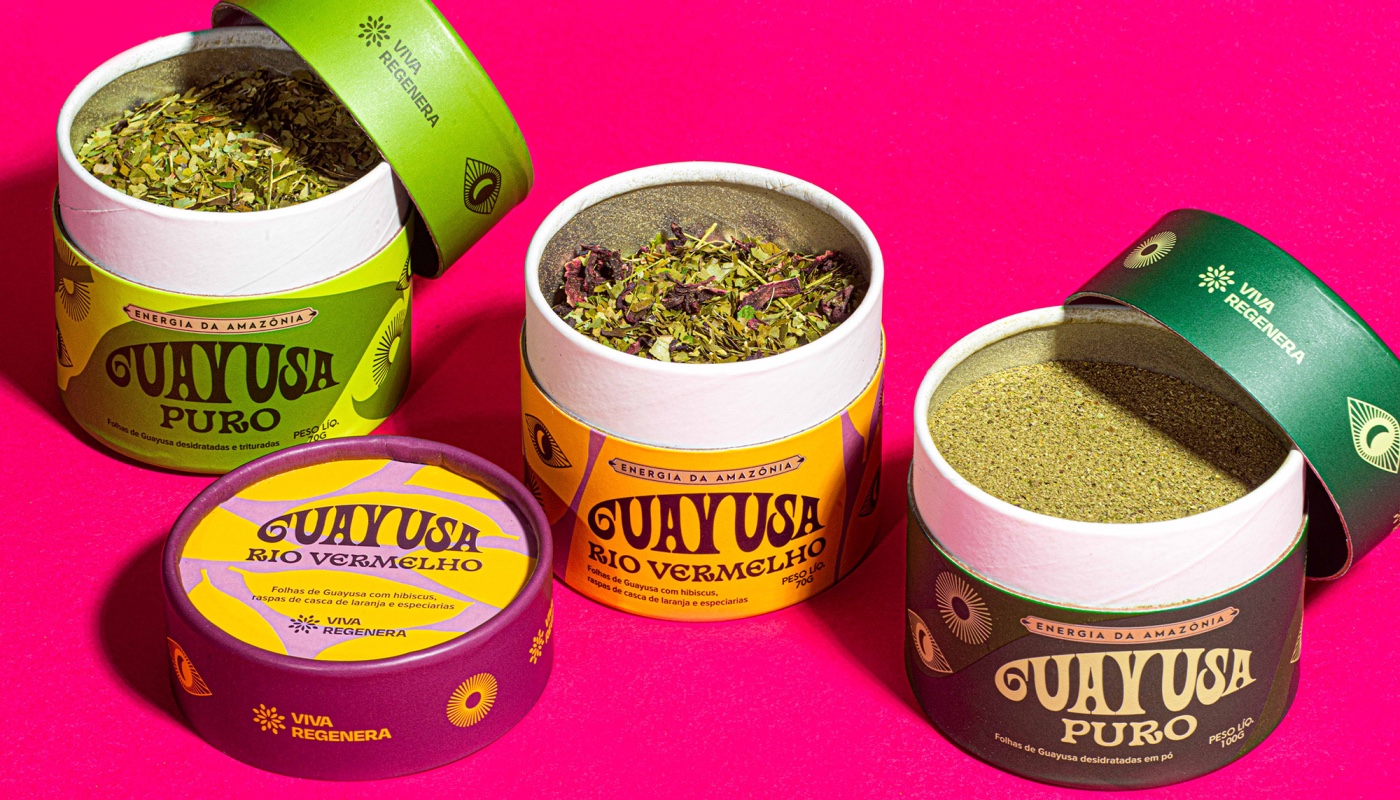 Amazon is the largest rainforest biome on Earth. The jungle includes territory belonging to nine nations, including Brazil, Peru, Colombia, and the Equator. Some of its parts are indigenous territories formally recognized by the Brazilian constitution since 1988.

In the pre-colonization period, different ethnic groups inhabited the Amazon region. Today, their descendants are fighting to preserve their territories and ensure their future. The indigenous territories have been heavily invaded and degraded by gold miners and agribusiness actors during the government of the current Brazilian far-right president.
Brazil is the fourth biggest grain producer in the world and the largest beef exporter. In the past, the country was known for the abundance of land and the quality of its soil. Today, nature and the communities whose lives depend on it are struggling to survive due to the expansion of large-scale monoculture.

Viva Regenera has a marketplace for healthy, clean, and low-impact products. They partner with local and small producers that cultivate organic food under the agroforestry system in Brazil. Unlike monoculture, they grow their seeds in the middle of the jungle, combining different species and keeping away plagues and pesticides while healing the soil.

Move, a duo of graphic designers and creative directors from the south of Brazil, in partnership with Viva Regenera, created the visuals for their brand new tea line, made with agroforestry ingredients from the Amazon. The studio created a visual narrative to emphasize the origin of the raw materials and their historical relationship with the peoples of the forest.

Guayusa is a plant that grows in the Amazon rainforest. High in caffeine, the tea from Guayusa’s leaf was drunk by native people during dream interpretation rituals at dawn.

To create the visual identity for the packaging, Caique Sanfelice, partner, and creative director from MOVE, distorted the curves and the sharp entrances of the Ouroboros type to assume the shape of the Guayusa treetops. The hallucinogenic look of the Basteleur typeface (both from @velvetyne foundry), combined with bright saturated colors and organic leaf shapes, creates playful vibes for the packaging, as in a vivid dream in the forest. 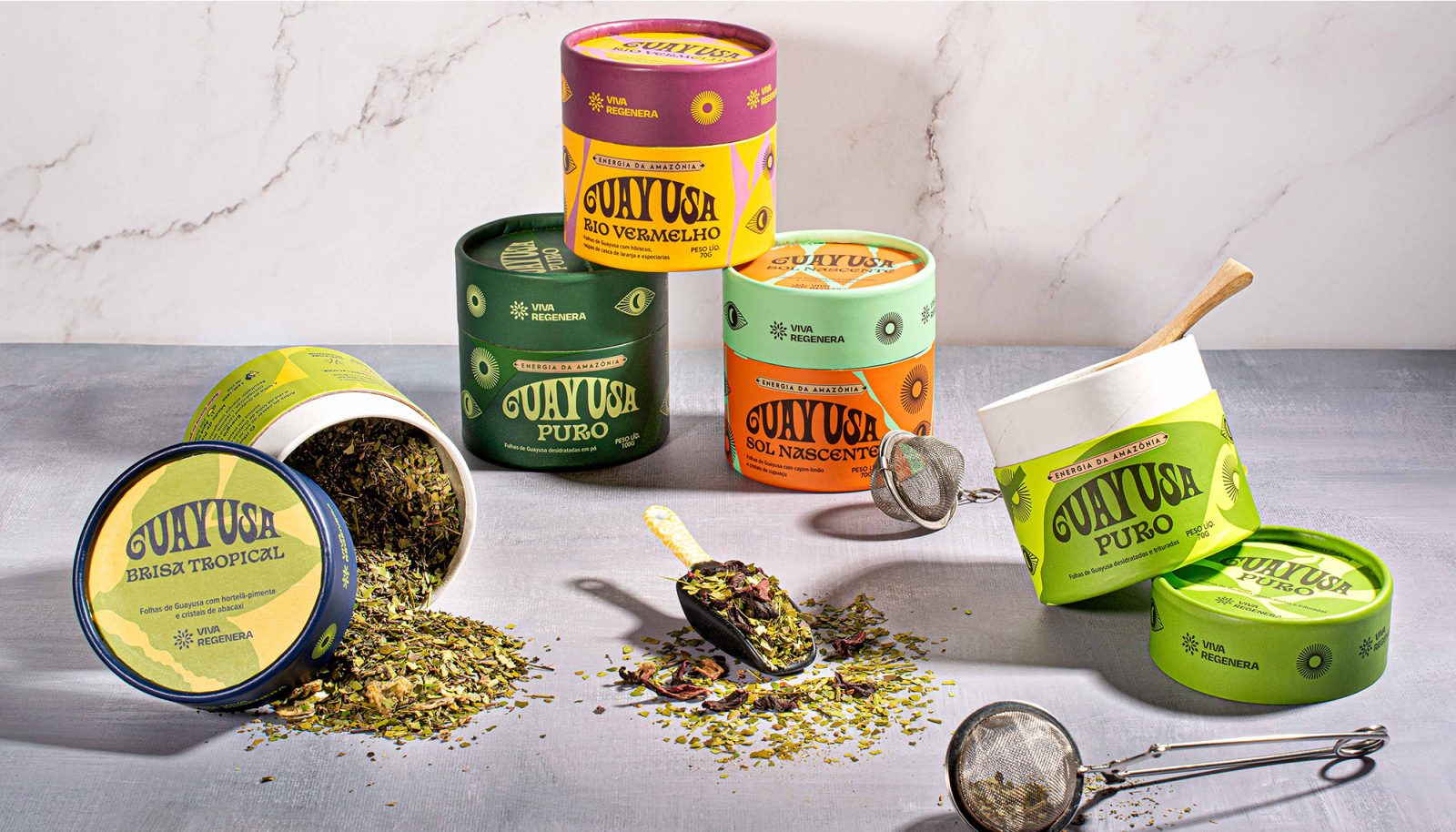 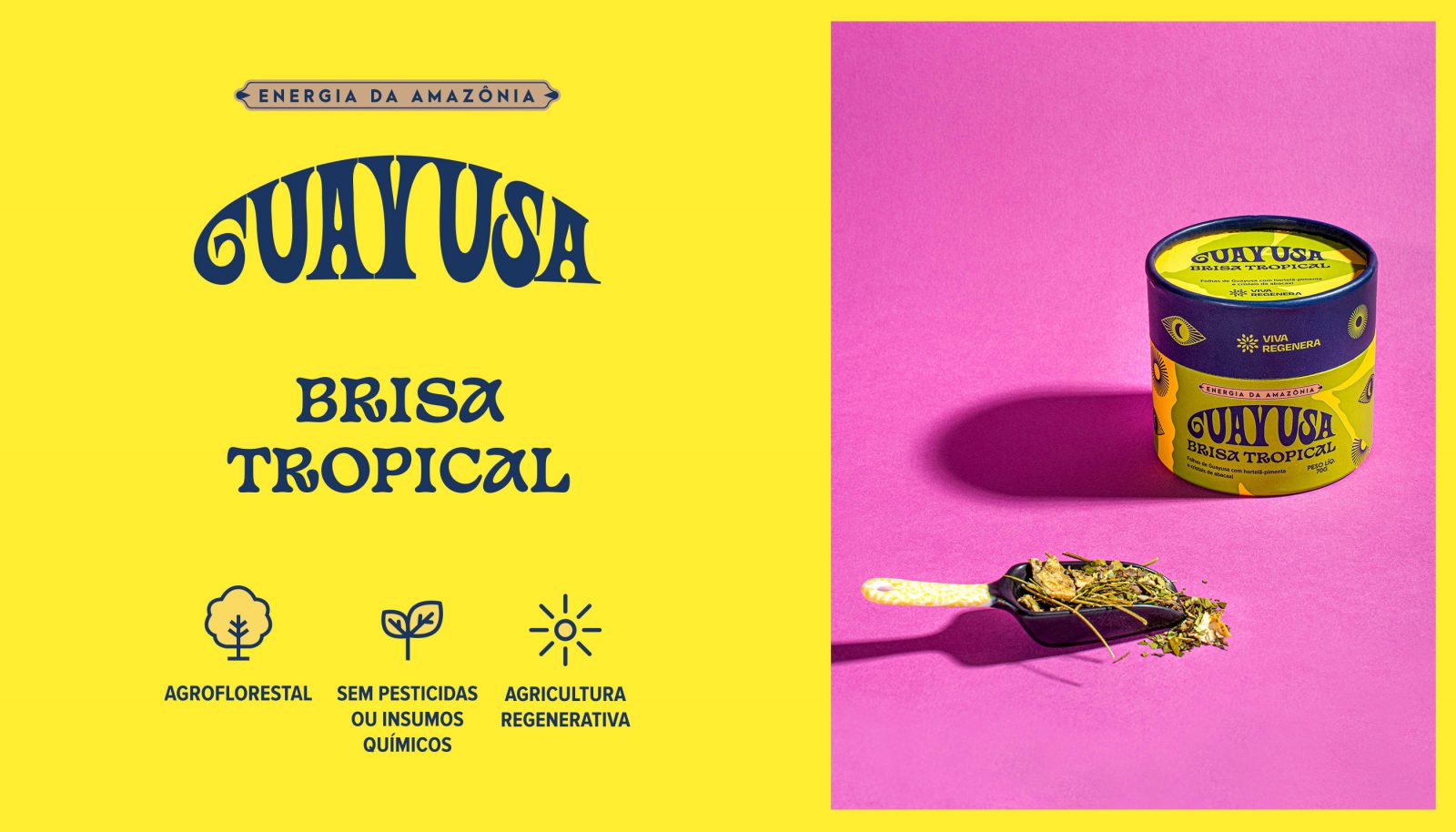 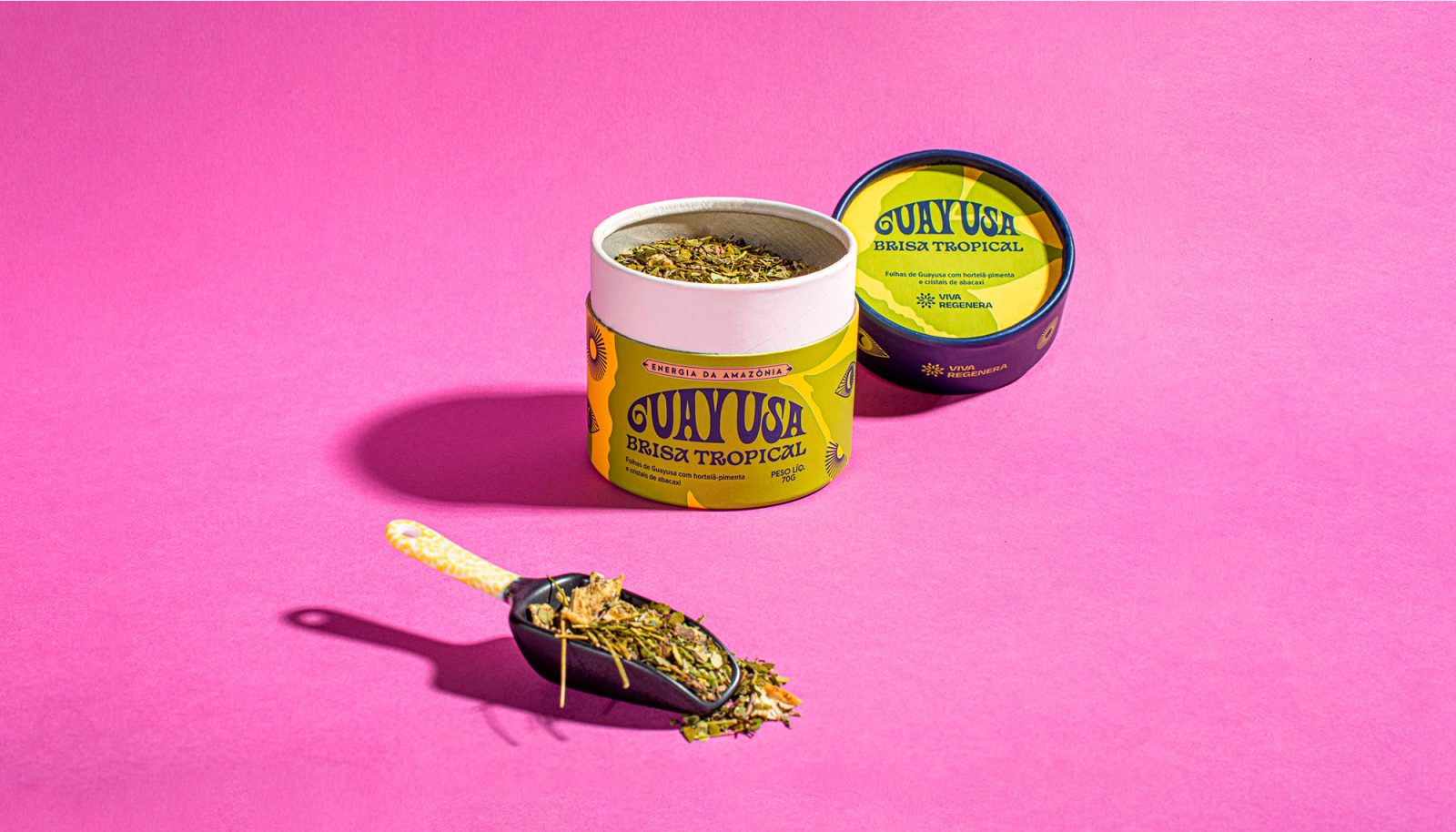 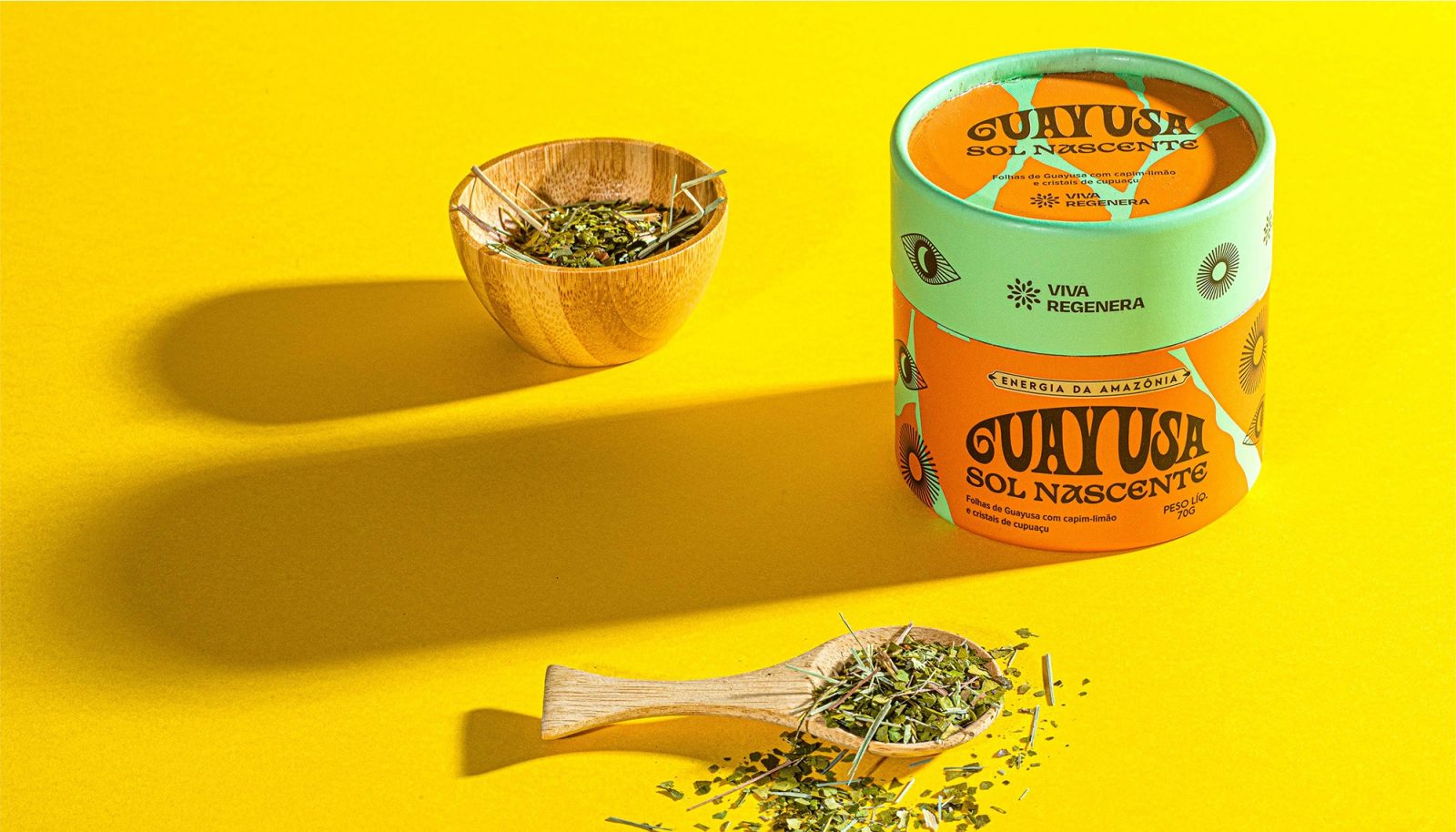 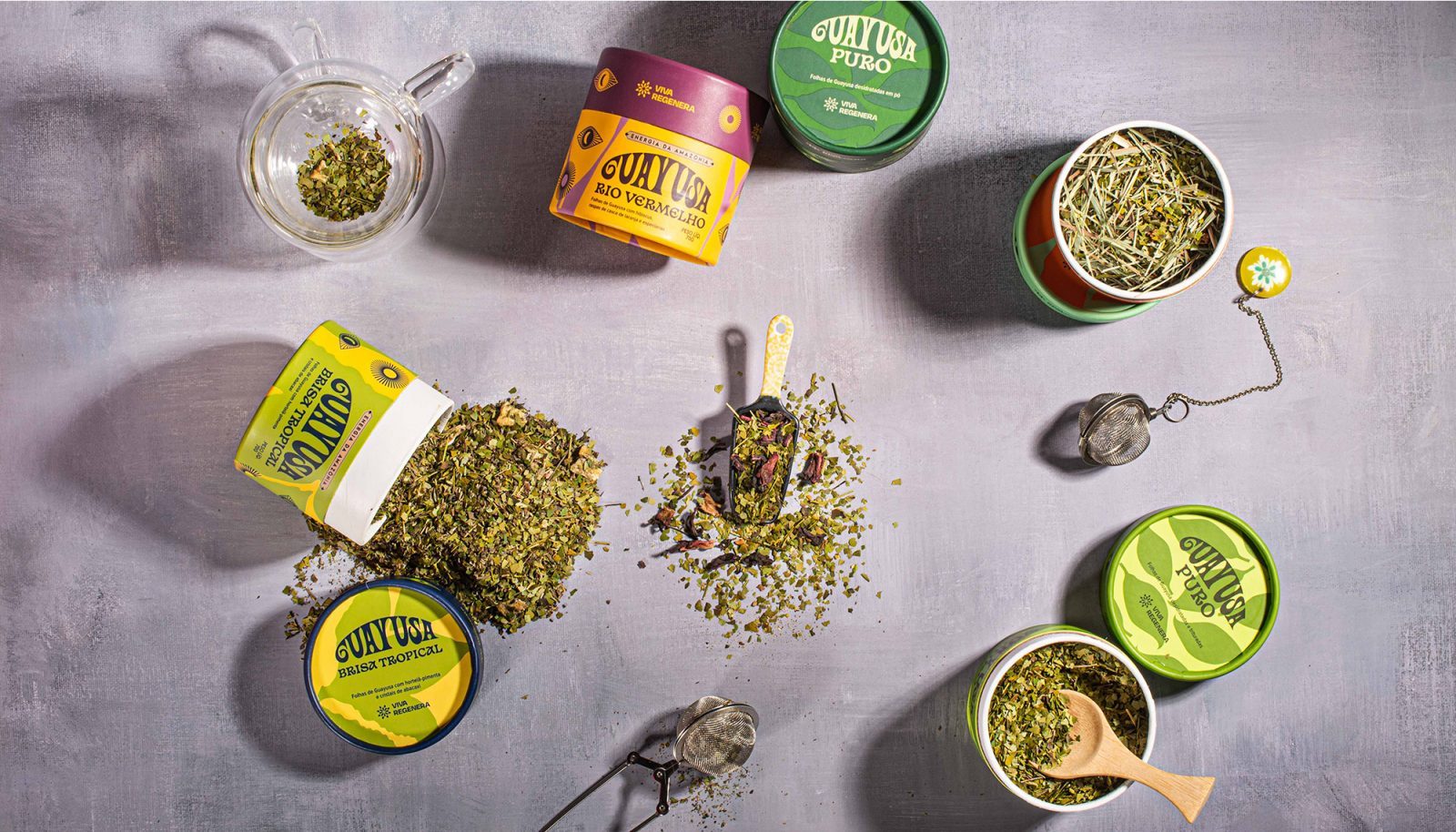 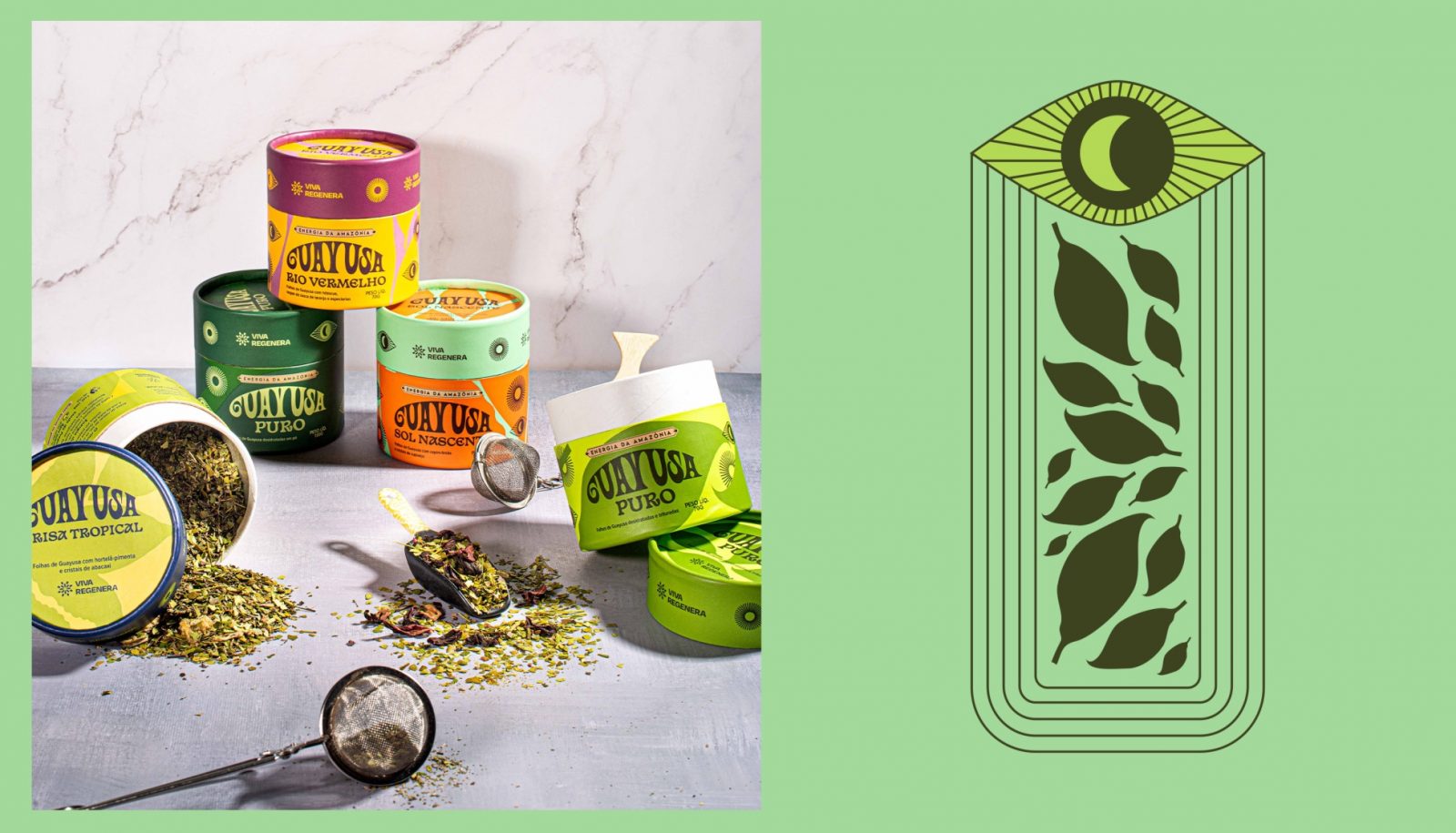 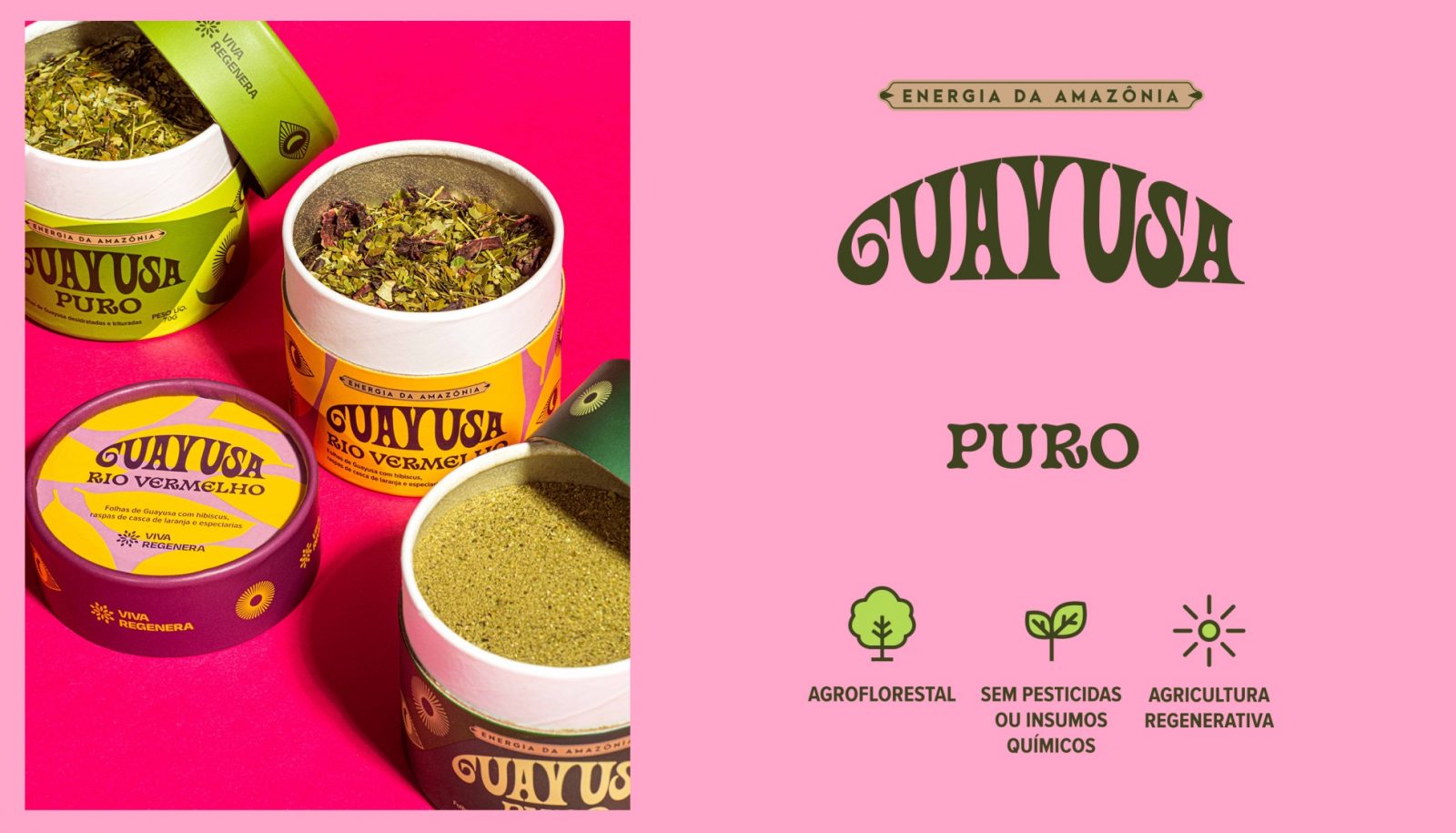