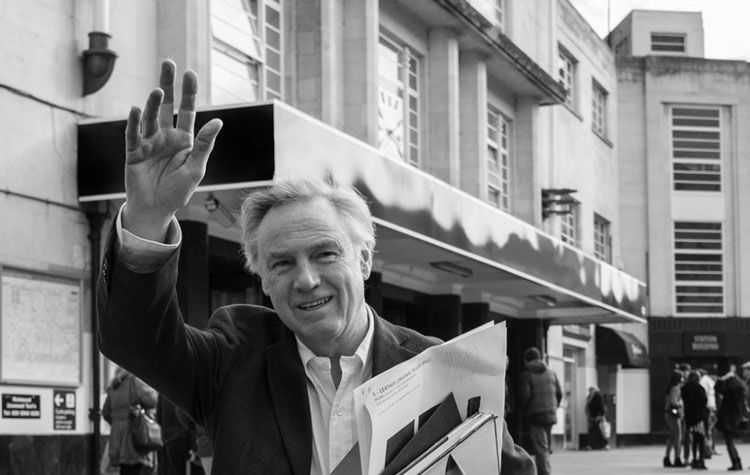 Glenn Tutssel died on September 24, 2019, aged 68, after battling with cancer. Designers from around the world will be raising a glass and celebrating the life of the creative, who was nothing short of a legend in the industry.

Tutssel, who became known as the “gold standard” of design, by many of his colleagues, has left a legacy that will live long after his death. Most people remember his great works with infamous brands like Bacardi and Guinness. However, Tutssel was many things, including a father, husband, and mentor to a large group of young designers who have passed through his hands. He was a true inspiration in the design world and has left a gap that will be difficult to fill.

Tutssel was born in Glamorgan in South Wales, where he developed an interest in design from a young age. According to Glenn, his inspiration came from Doug Sutton, who was his school art teacher at the time. They had a thriving relationship and even used to take judo classes. He always spoke highly of his teacher, stating that “You only need one person to believe in you to succeed.” For him, that one person was Doug, who also inspired him to take a foundational course in design. He did this at the West of England College of Arts, Bristol, and later joined the London College of Printing, where he gained his BA degree in Graphics Communication.

In London, Tutssel freelanced at a company (Lock Petterson) ran by his lecturers, at the time, David Lock and Tom Petterson. After graduation, he went on to work at Lock Petterson, where he primarily designed brochures, annual reports, and corporate identities for companies like Esso. Tutssel continued to work and expand his knowledge in brand design, ultimately becoming the director and senior designer of the company twenty years later. He then left Lock Petterson for another design company Michael Peters, where he also became the creative designer. His duration here also made him friends with Hamm, who describes Tutssel as a “hard boss” with a charming, warm-hearted side. Hamm was hired by Tutssel in 1989 as a Junior Designer and recalls his mentor advising him to “put in the time” if he wanted to be successful at anything.

The Building of a Legacy

When Tutssel tuned 40 years, he left Michael Peters and started his own design company, Tutssels. He also brought Hamm with him. Tutssels later merged with another design company, Lambie Nairn, in 1997 to form Brand Union, which was then bought by WPP. Today, it is known as Superunion. Over the years, Tutssel became the mentor of many new designers, helping them build character and enthusiasm as well as discipline to achieve their design objectives. As Hamm recalls, there was an “endless number of people coming in and leaving as experienced designers fit to handle any job in the industry. One of the iconic designers that passed through Tutssel’s coaching and mentorship is Spencer Buck. Buck is the founder of Taxi Studio, where Tutssel worked after he left his position at Brand Union back in 2014.

Although most will see the Guinness and Peroni projects, Buck believes most designers and anyone else that came into contact with Tutssel will remember him for his enthusiasm. He inspired passion and “knew the value of design.” In his own words, Tutssel believed in the “one big idea crafted beautifully.” His vigour and approach did not depict any jadedness even after all these years in the industry. Tutssel was always passionate about finding the singular idea and tactical plan to accomplish his visions. He was also a big-time team player and encouraged others to do the same.

While his work attitude was fierce and even intimidating at times, Tutssel was quite friendly on a social level. He is known for putting smiles on people’s faces, especially with his impressions of Welsh actors. His favourite was Richard Burton. Tutssel was also a member of the Royal Society of Arts and D&AD. His 50-year career working in a vast industry meant many people felt his impact. After leaving Taxi Studio in 2015, Tutssel started a consultancy firm where he worked with various brands in different sectors. However, many recognise his love for alcohol brands. He was the sole designer of Penderyn’s Welsh Whisky, a local brand that has become global and was recently working on new openings in the same sector.

As we celebrate the life accomplishments of Glenn Tutssel, who has left behind his wife Jane and two children Leon and Lauren, we remember the passion and flair that he brought into every design project and to others lives. Tutssel was a true inspiration many and has left our industry a lot better than he found it.