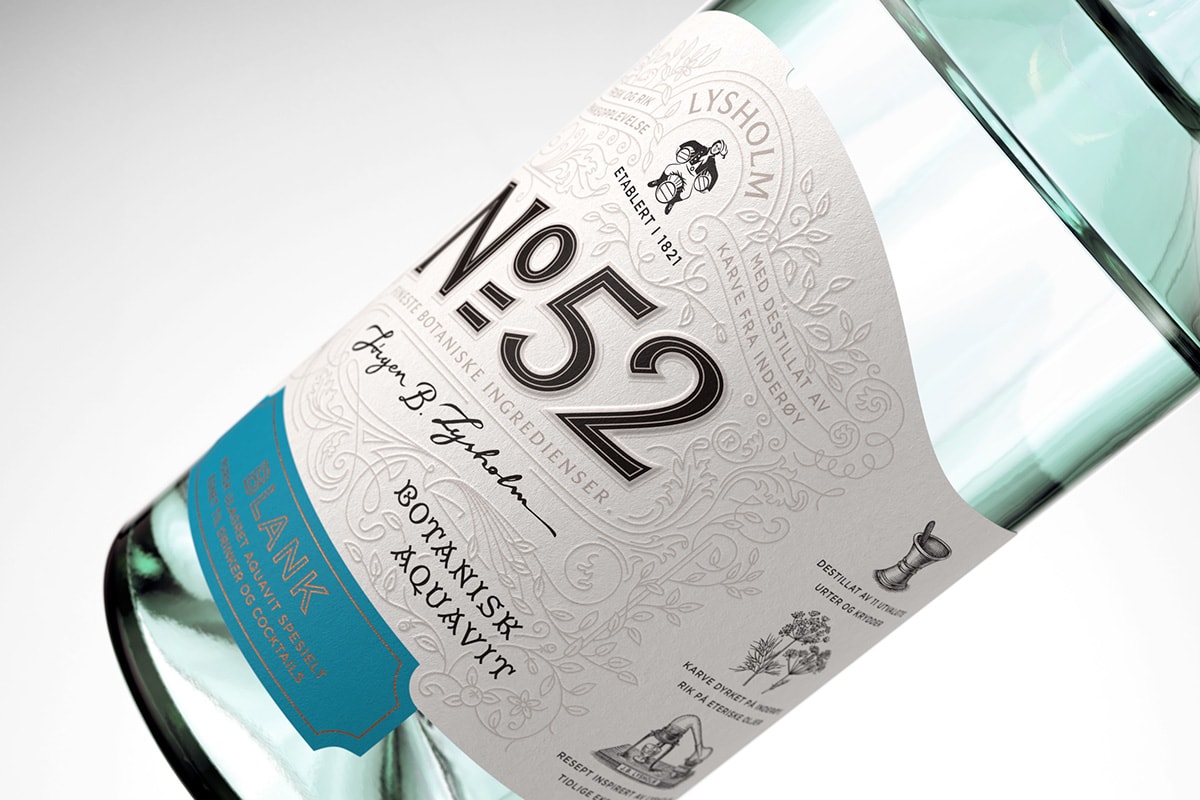 “Aquavit is often called the Gin of the nordics since the production method and history between the two spirits are very similar. The biggest difference is that traditional aquavit today is matured in casks which gives a golden colour to the liquid and is commonly enjoyed during Christmas as a schnapps with food. The founder Jørgen B. Lysholm originally studied chemistry in Berlin in the 1820ies and was the first to produce a refined and clear spirit thanks to the introduction of his innovative apparatus. A transparent liquor takes us back to the very beginning of the Lysholm adventure before cask maturation was common. These same years are also considered to be the start of the modern bar when cocktails were first invented and the scope of this project was to tap into the potential of creating an Aquavit specially developed for use in cocktails by reviving the very roots of this local spirit brand and in that way also make the aquavit consumption less seasonal.” 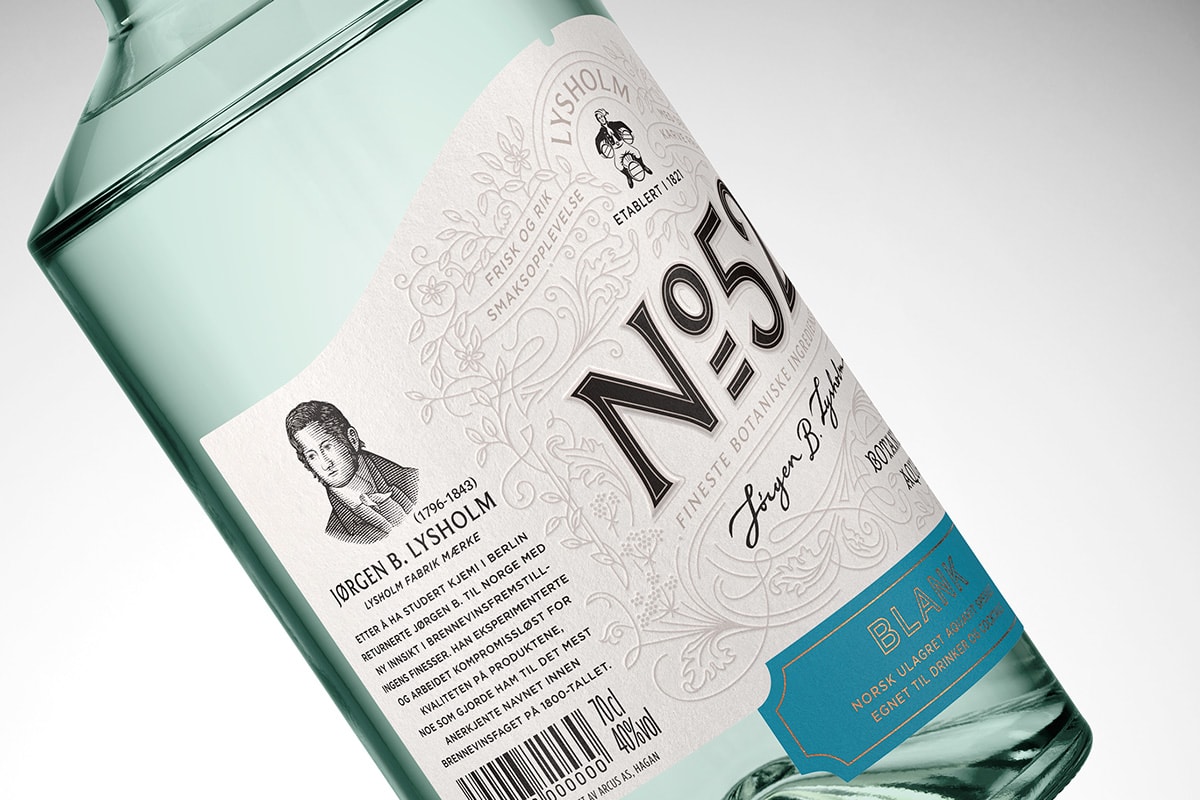 “Lysholm no 52 is named after an original recovered recipe developed especially for cocktails with 11 different botanical elements. Caraway from the island of Inderøy, star anise, coriander and bitter orange are some of the botanicals integrated together with the ornaments in the illustration. The bottle has an archetypical and clean geometrical shape inspired by apothecary and chemistry bottles creating associations to experimentation and mixing. The glass colour is also inspired from glass bottles from the 1800´s while the custom lettering and ornaments carries references to the victorian era. The warm grey coloured label carries a signature recipe printed in the glue, visible through the liquid while copper foil and capsule are complementary colours to the blue and recalls the pot-stills used in the production.” 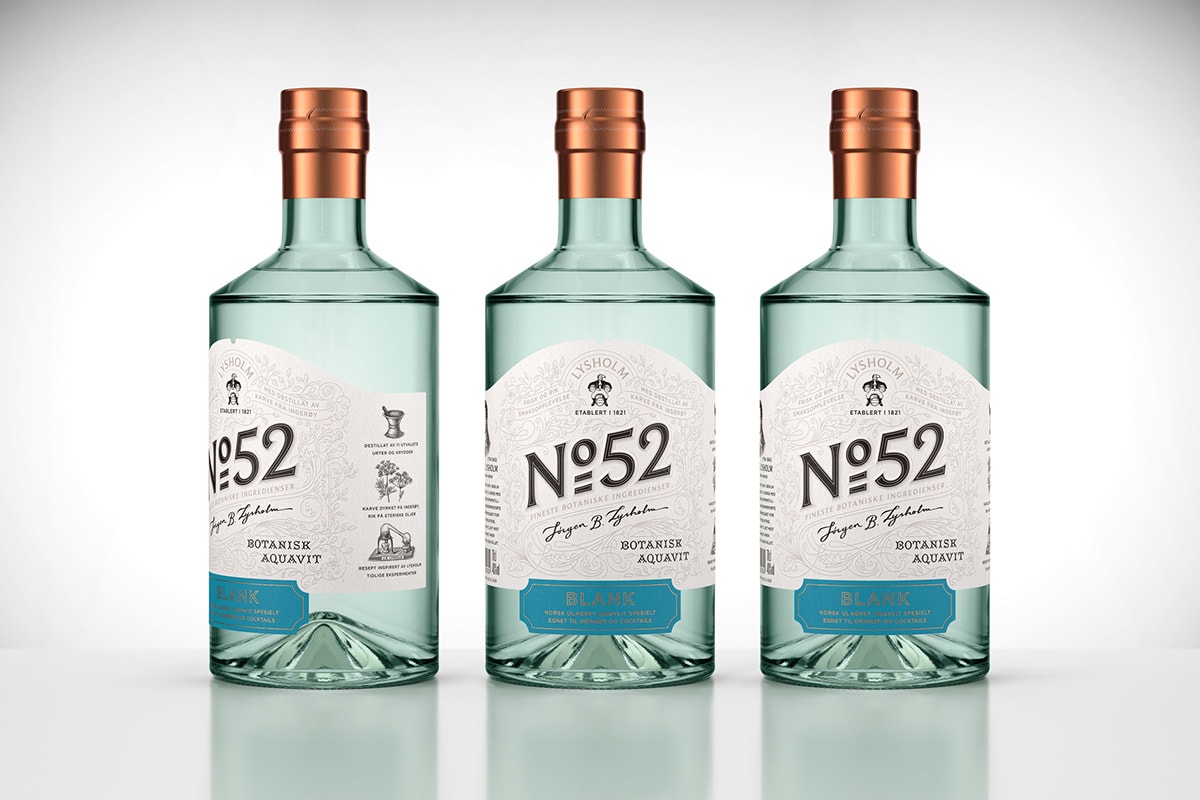 “The Lysholm brand has a traditional and conservative profile focused on cask maturation, but the Lysholm legacy is also known for its pioneering contribution to the national spirits history being the first brand to carry its casks two times across the equator by ship for extra maturation. For this project we were allowed to break free from many of the existing brand identifiers to create an homage to Jørgen B. Lysholms early years as a chemist and pioneer and to tell a story that has been forgotten. Custom lettering created by Stefan Ellmer.” 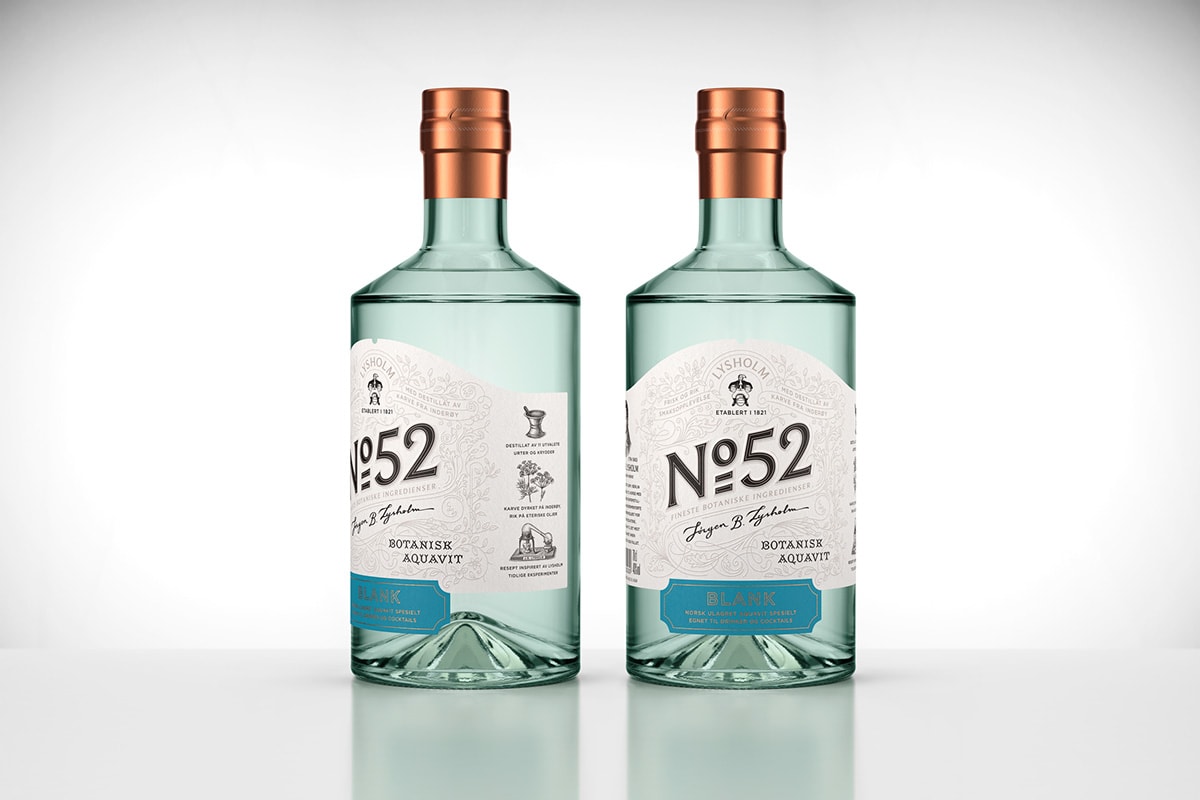 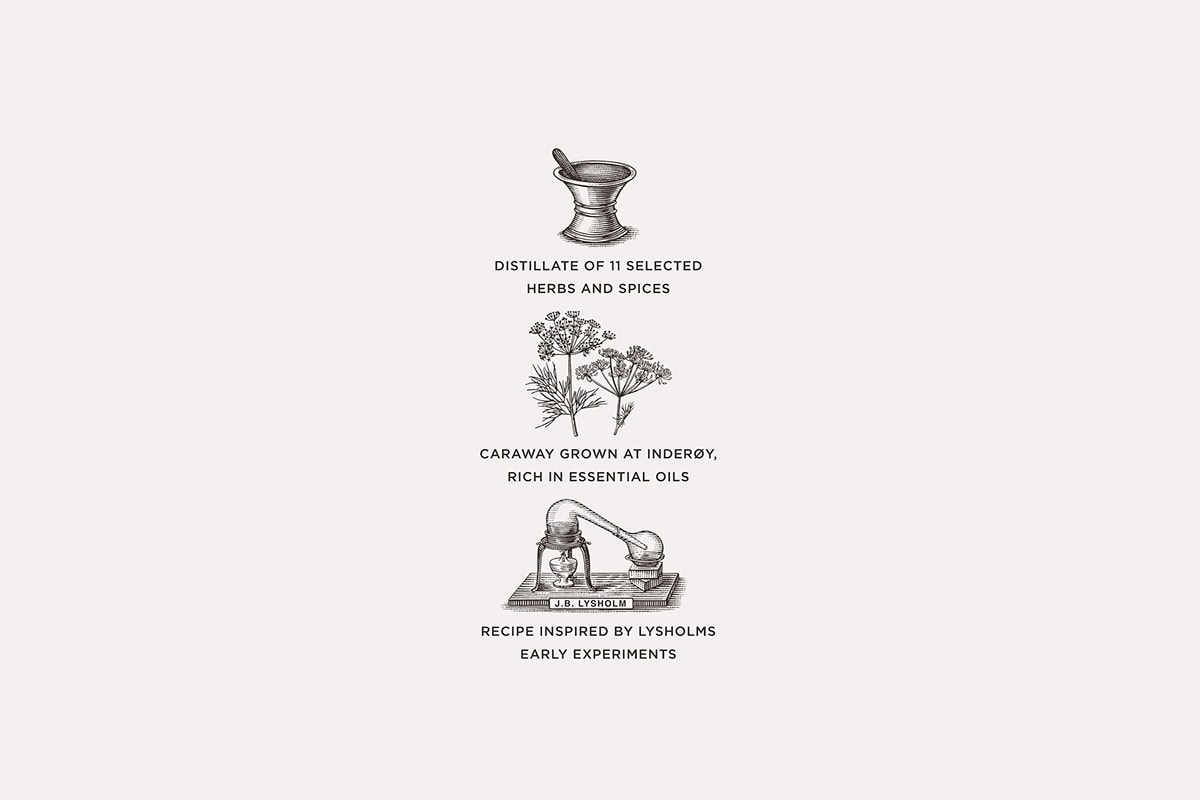 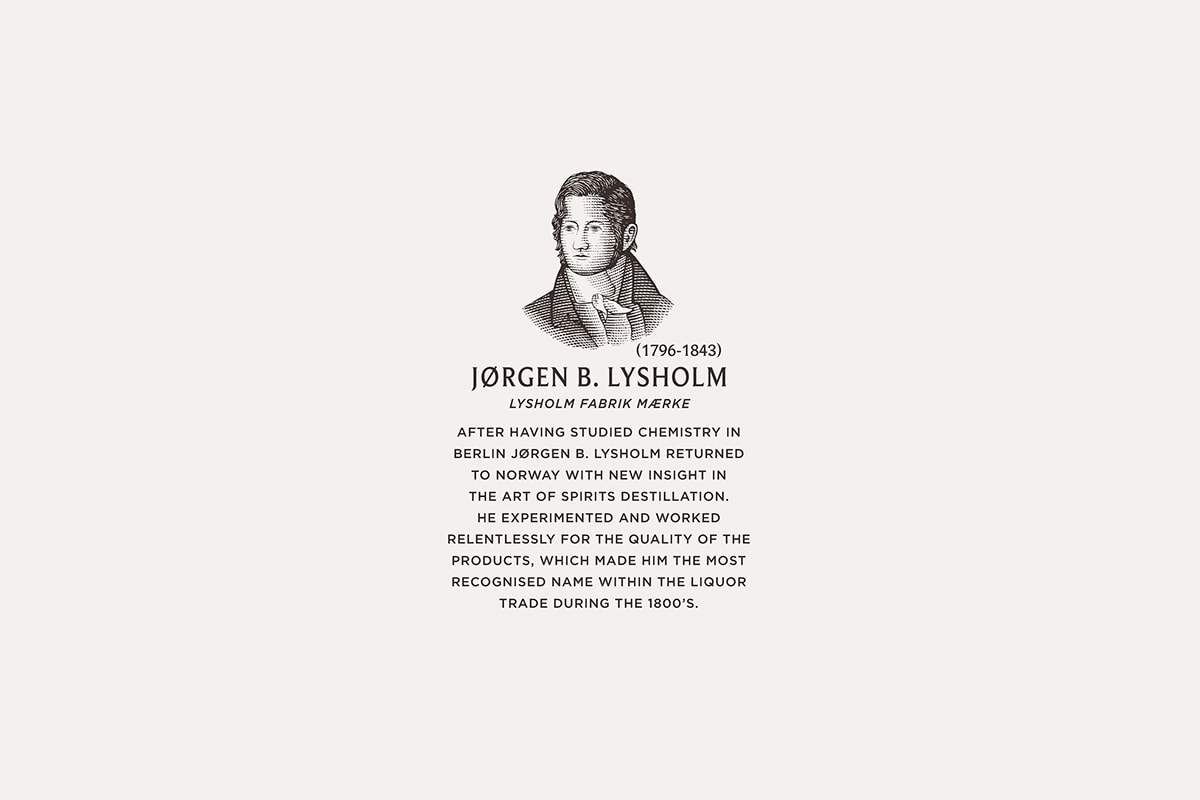 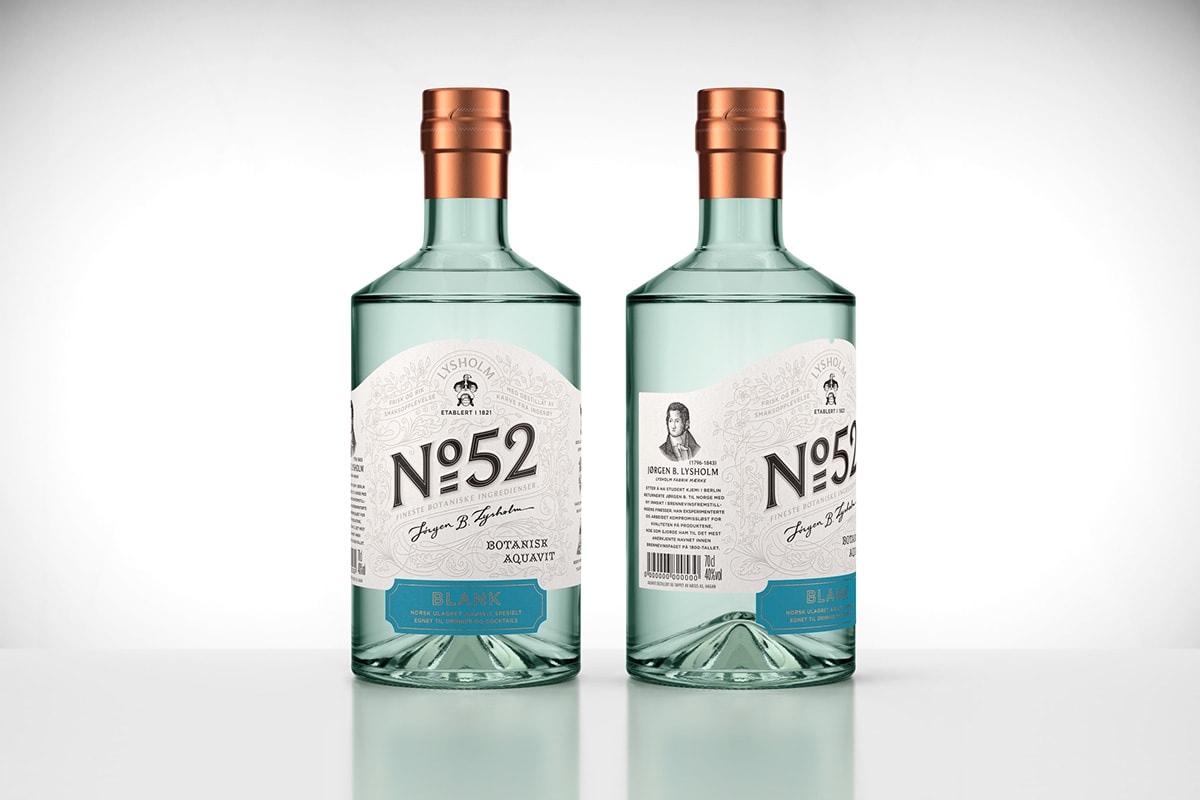 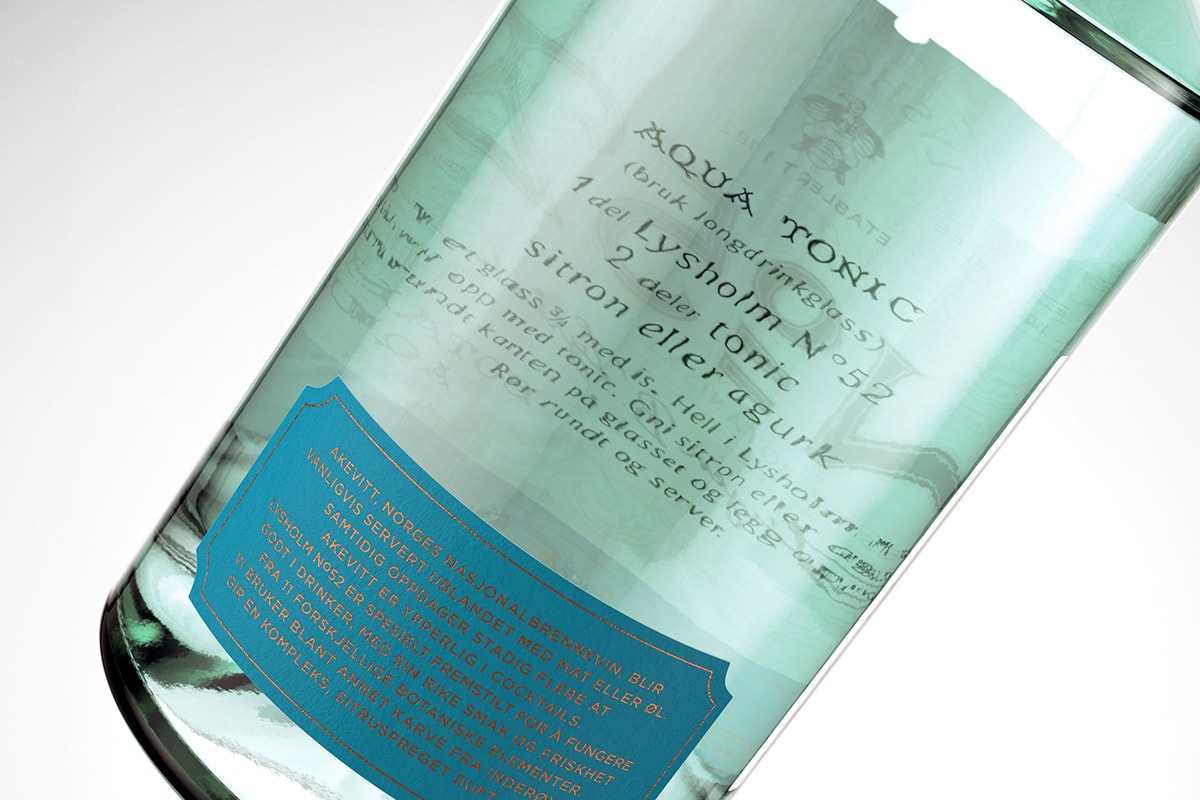