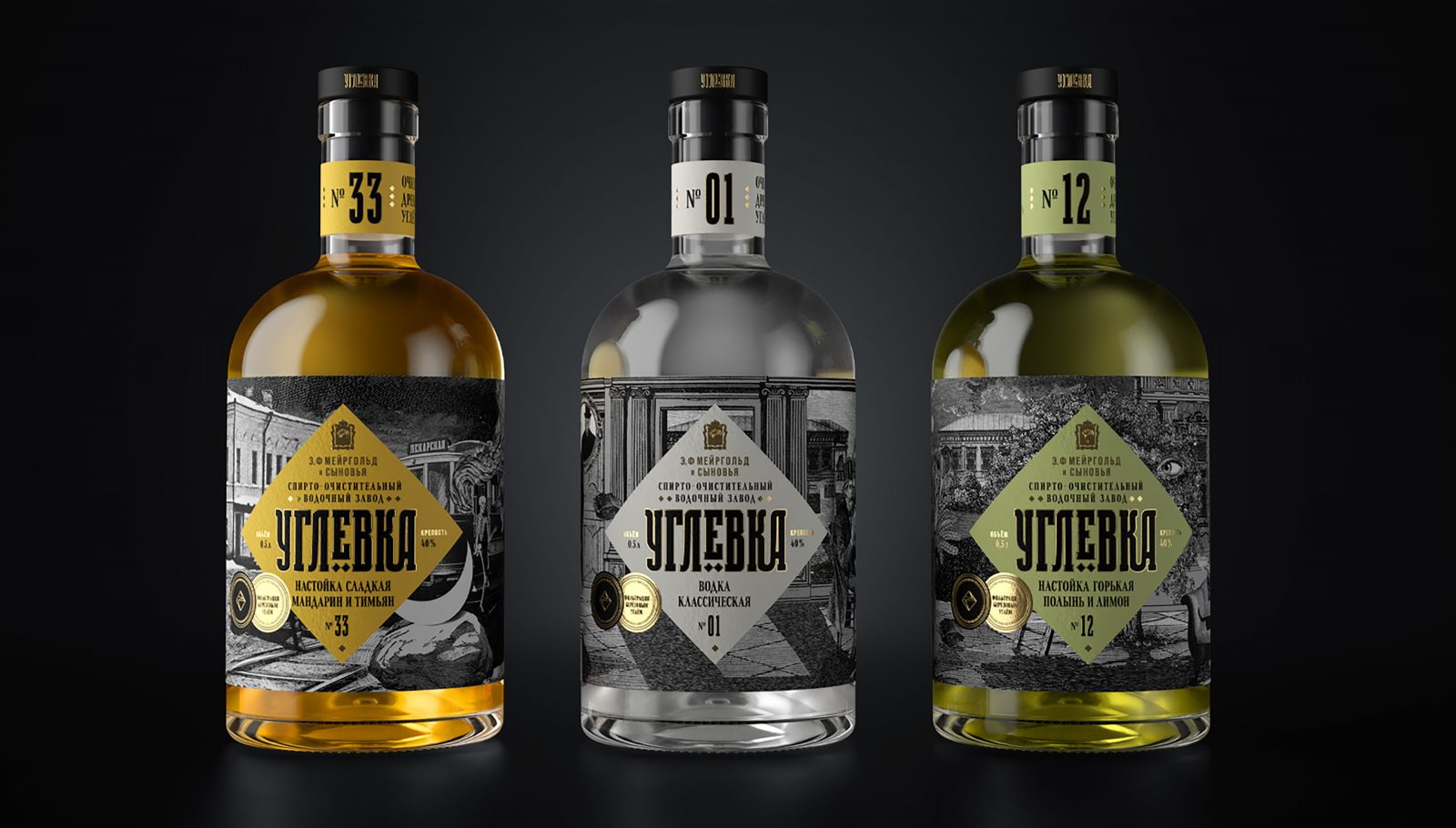 Task: to create a design for a brand of vodka, which was produced in the 19th century in Penza.

In the 19th century, this vodka was produced by the merchant Emil Meyergold. According to historical records, vodka was legendary good. The famous 19th century artist Gilyarovsky wrote in his memoirs: “Oh, and the vodka was good! I have never drunk such as “Uglevka” — neither Petr Smirnov, nor Popova’s widow “.

Emil Meyergold, who produced vodka, was interested in art and helped artists. He also maintained a theater and was also a legendary figure in Penza of the 19th century.

In the house-museum of Meyergold, there are now legends that the ghost of Meyergold lives in it. I loved this urban legend and thought it was a good idea to revive the brand. It was possible to come up with fictional mystical stories on the labels, in which the main character is Emil Meyergold himself. After all, it may be that for the secret of the perfect vodka, he made a deal with the devil. Why not? A good basis for a legend!

I decided to use the image of Emil Meyergold as the main character on the label. The label design uses surreal collages, in which Emil Meyergold is depicted on the streets of the pre-revolutionary city of Penza in mystical situations and with magical characters, which emphasizes the “legendary” taste of vodka.

The slogan “Based on unreal events” was also coined. It emphasizes the mix of the real and the fantastic in design.

There are 3 SKU — classic vodka, sweet liqueur and bitter liqueur. They can be used to create cocktails. The design does not use elements typical of the vodka category. This all together allows to attract a younger audience to the product, who consider vodka an old-fashioned and rude drink. 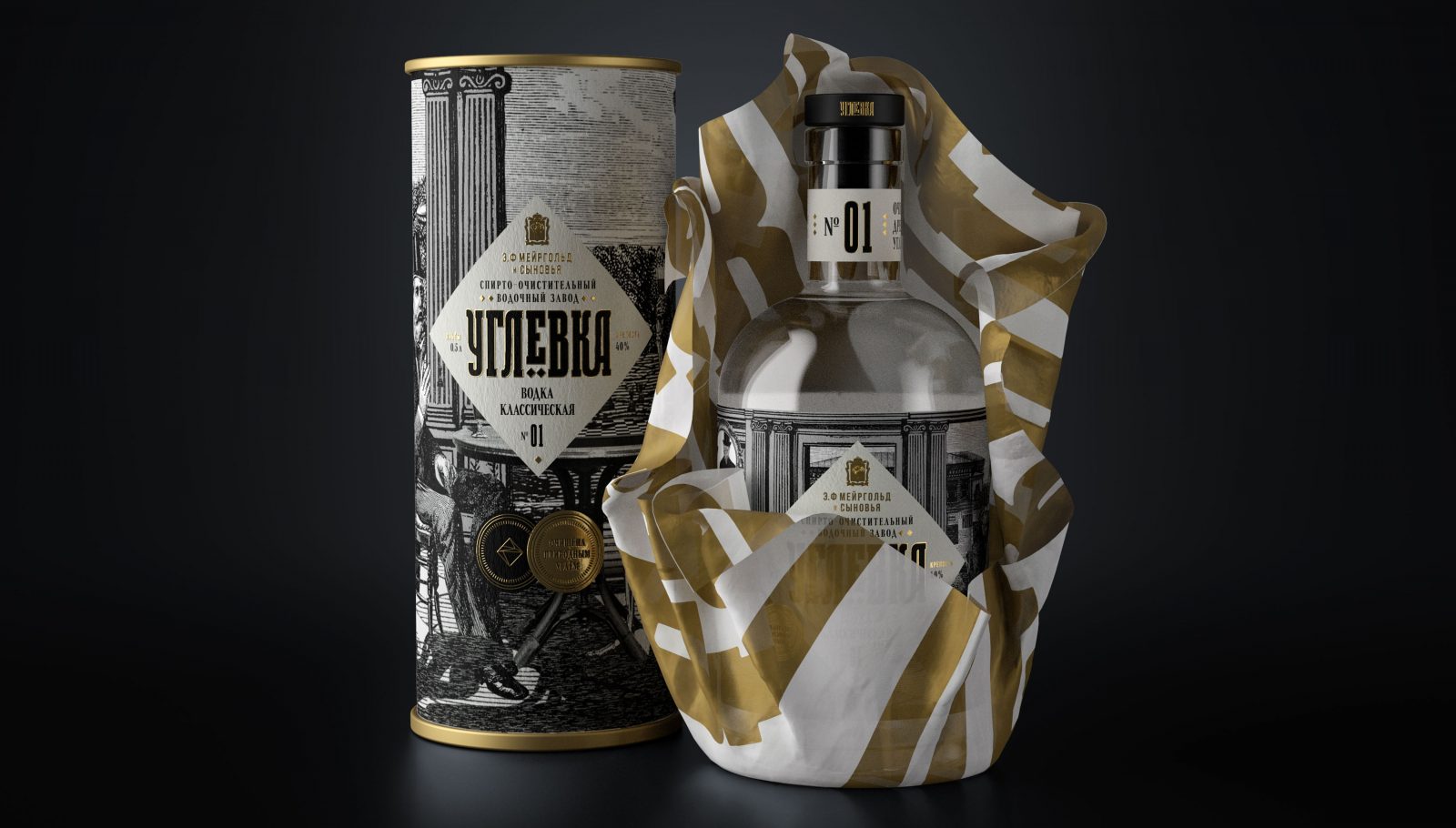 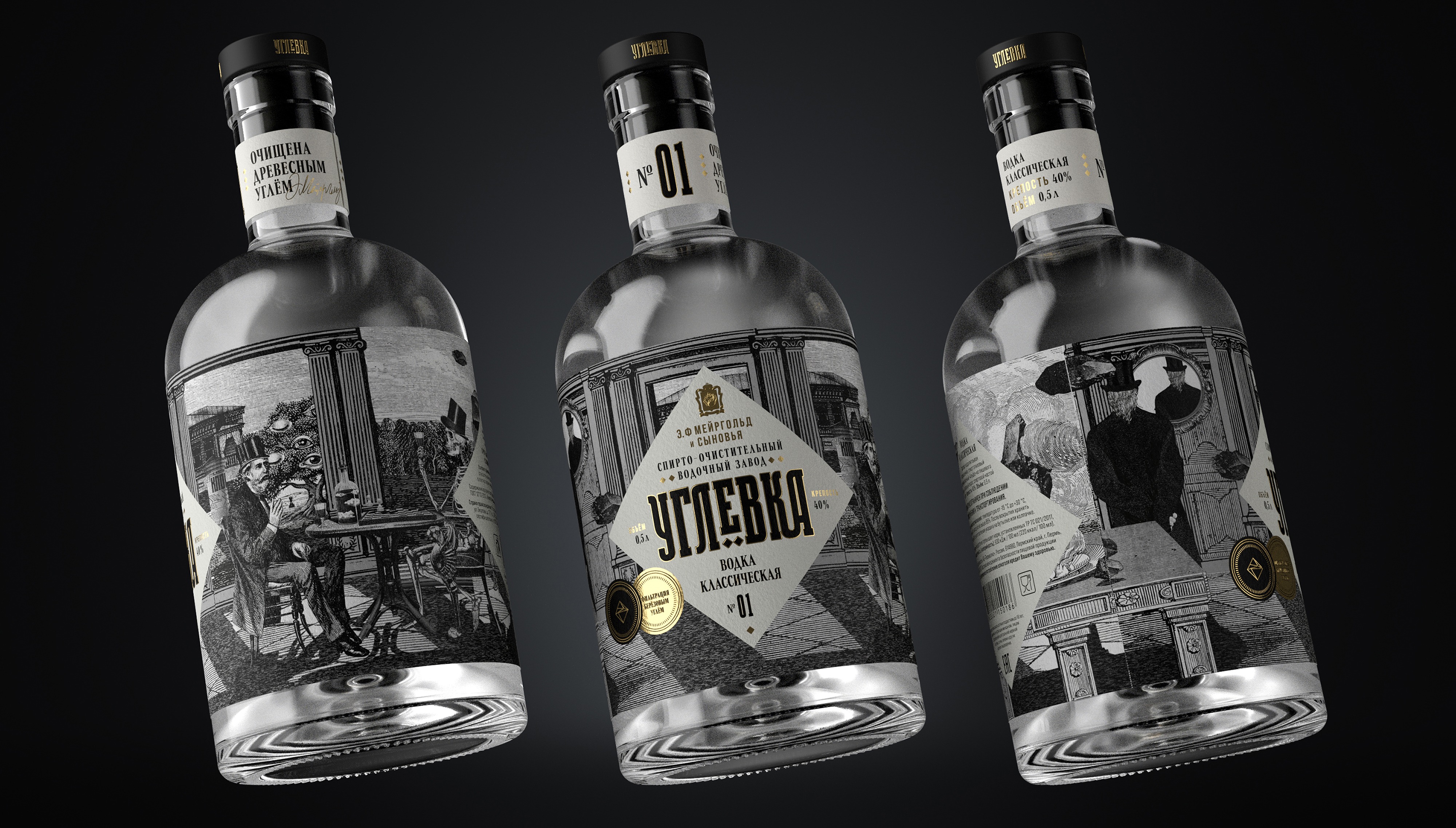 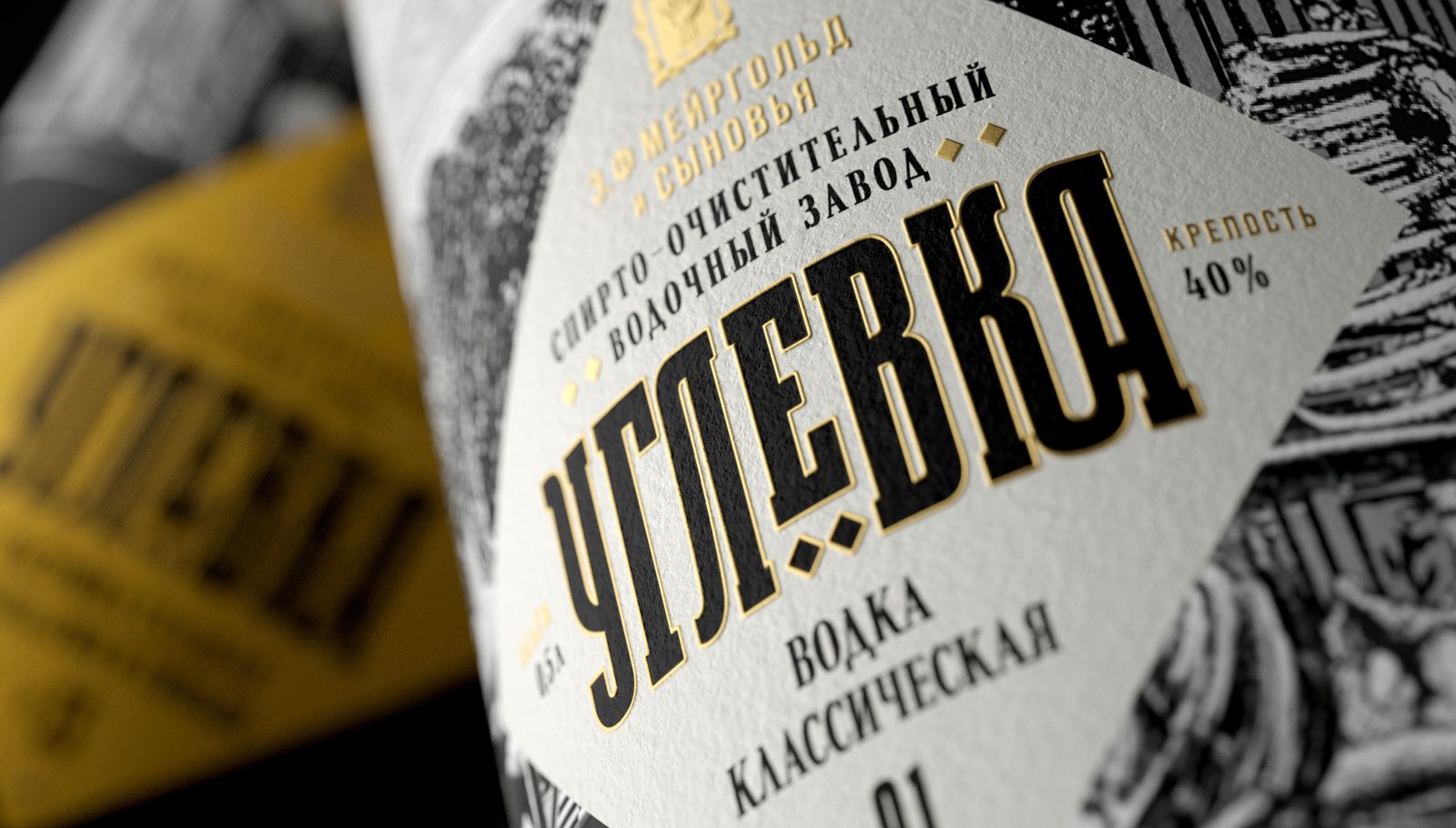 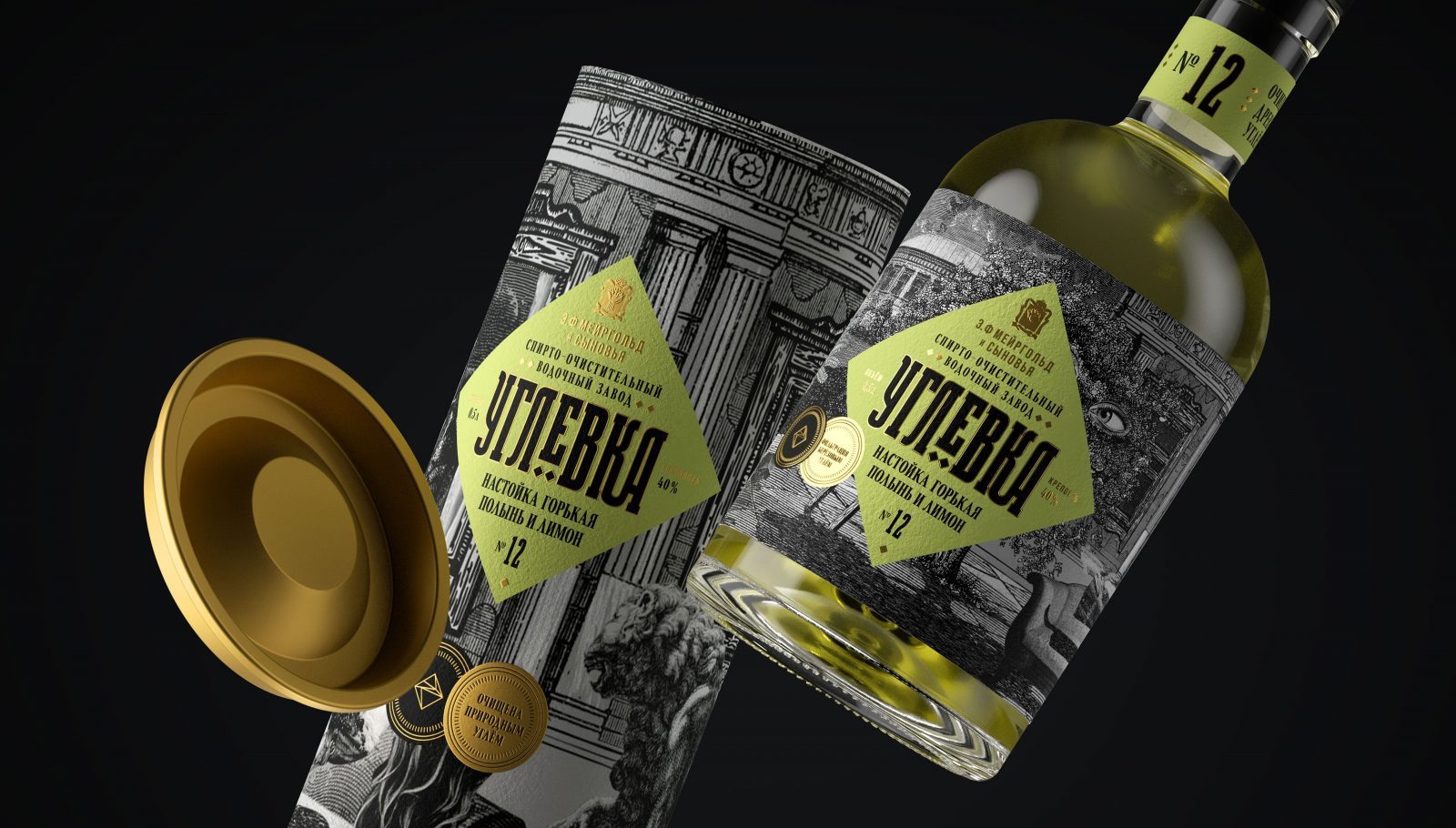 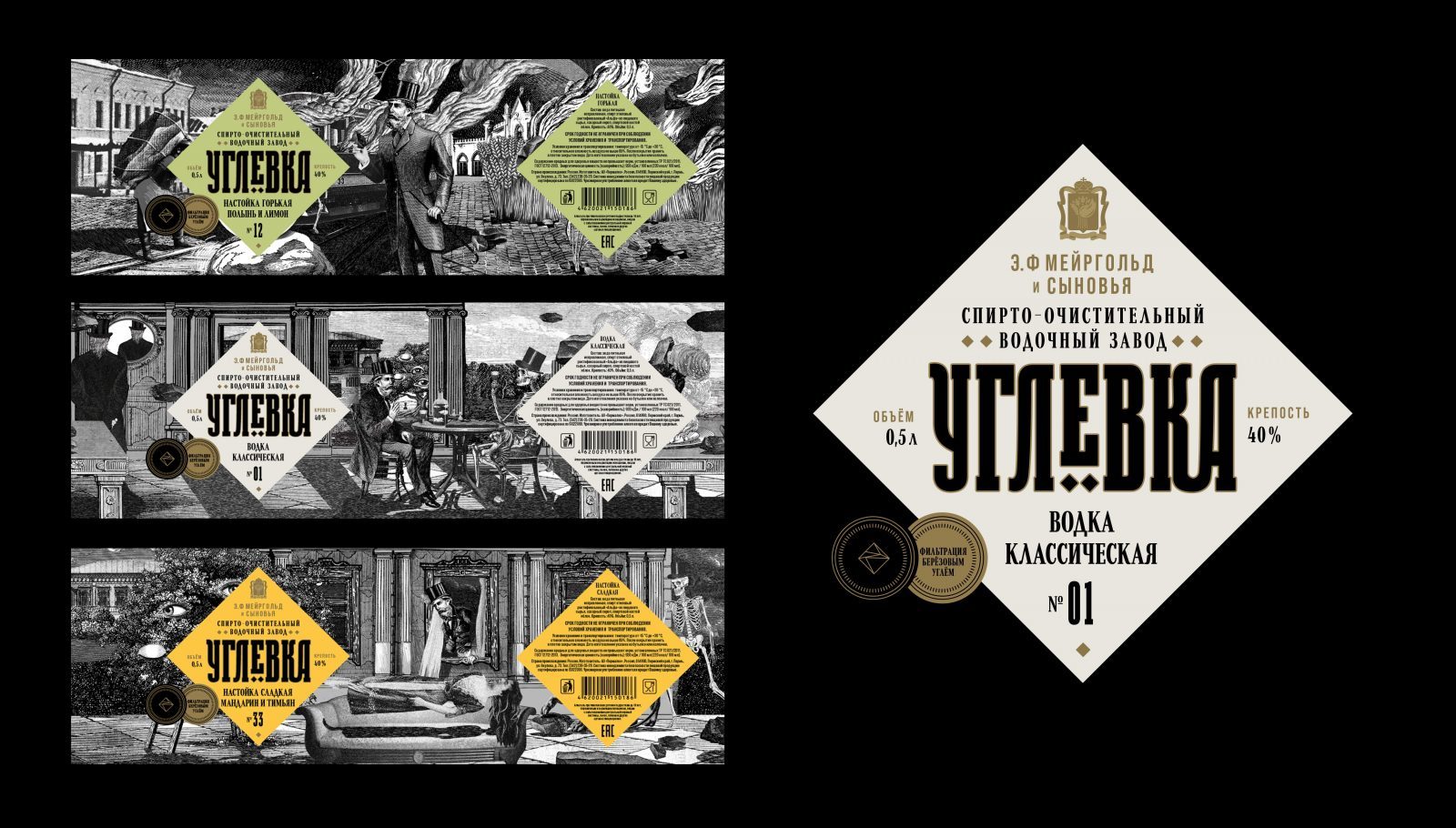 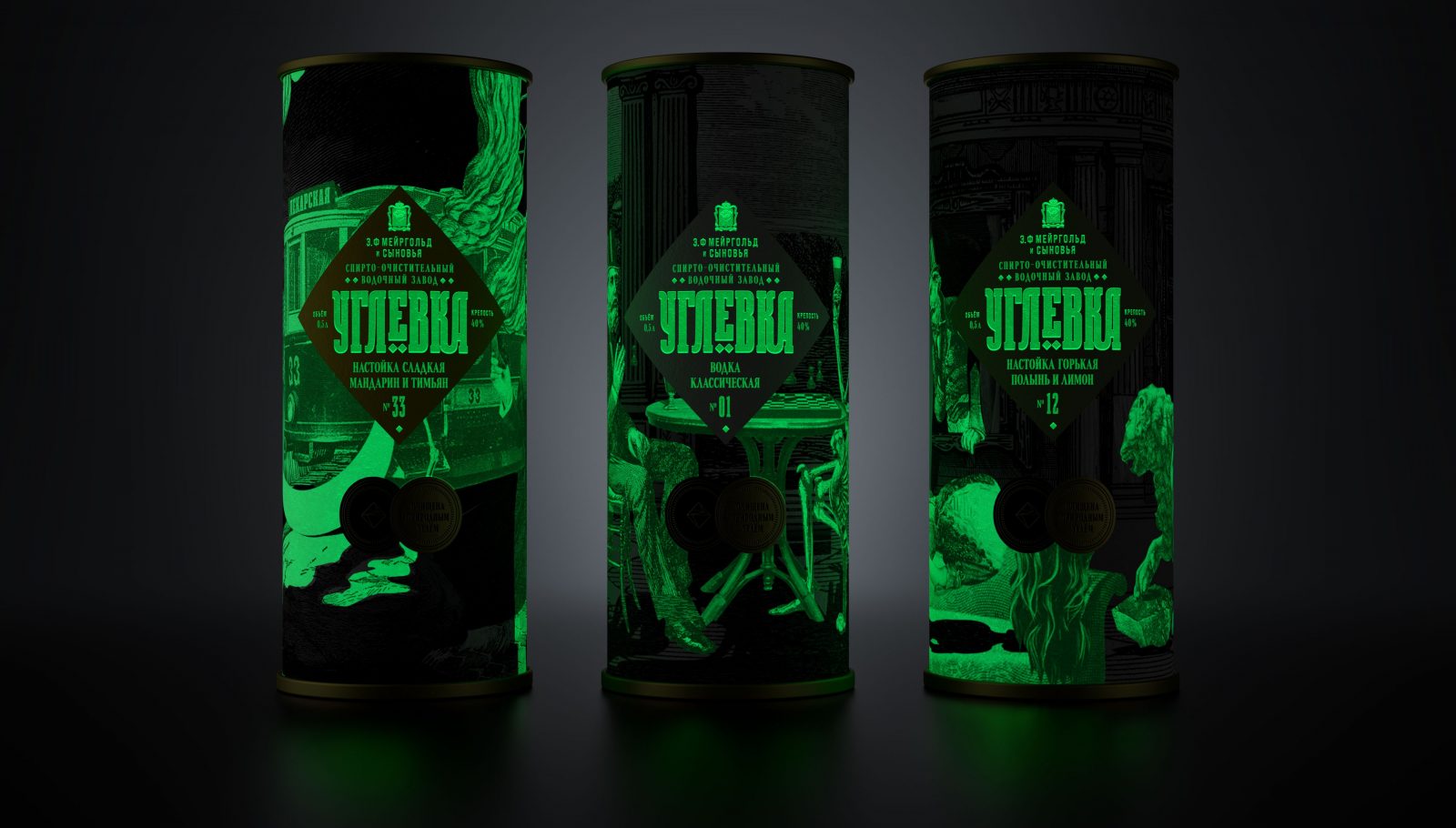 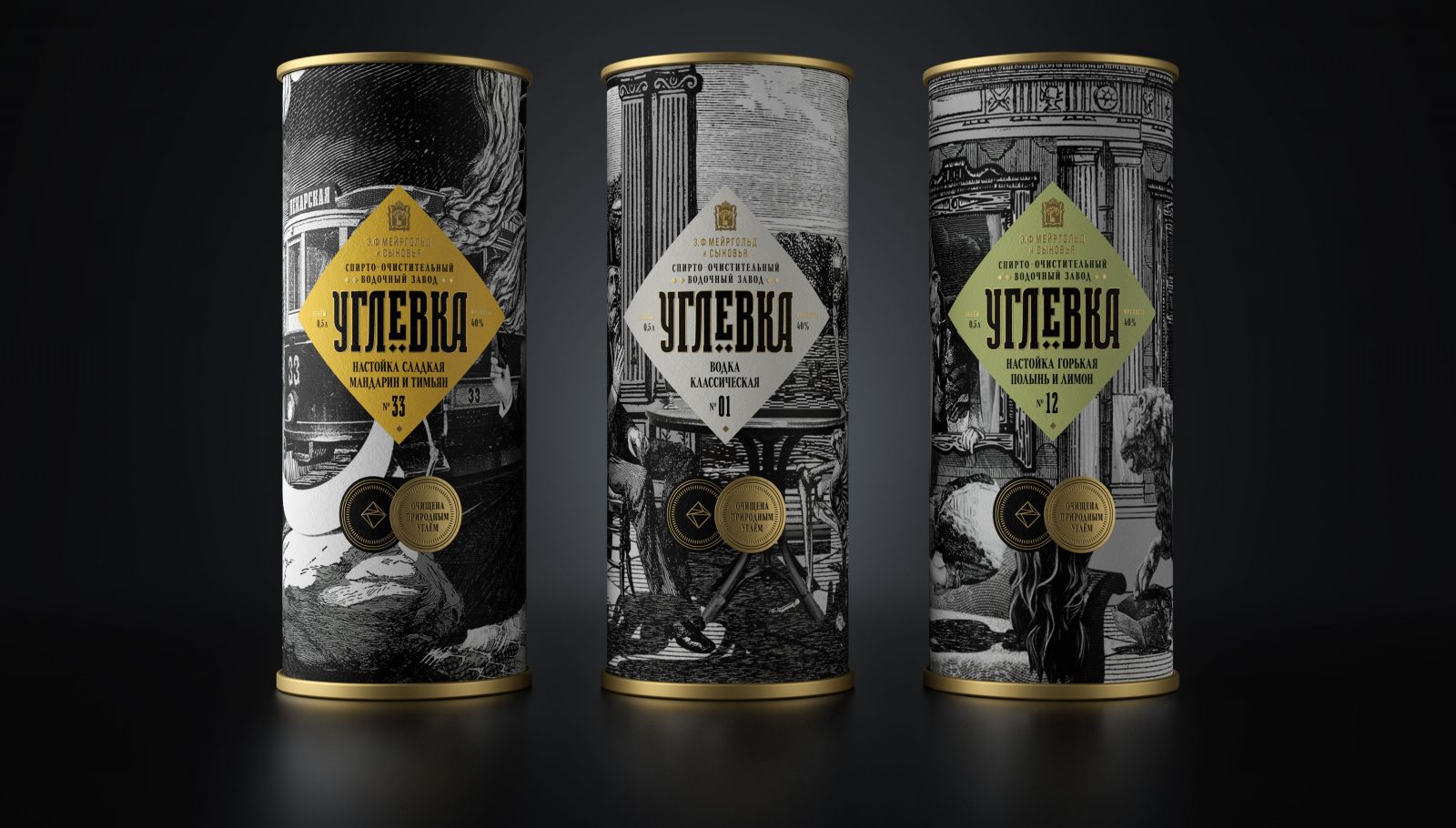