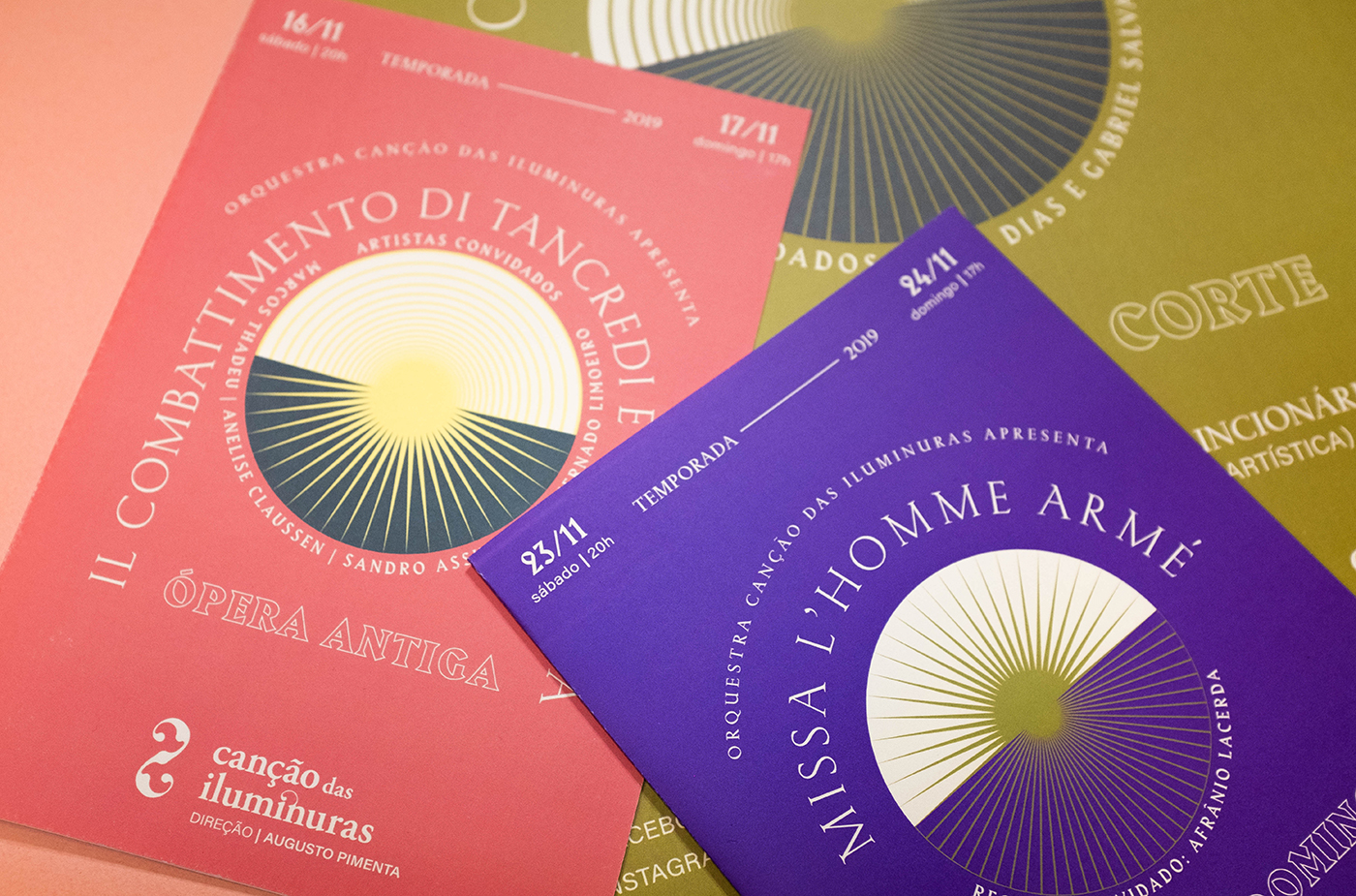 Conceitos Renascentistas (Renaissance Concerts) was the name given to the 2019 season of the Canção das Iluminuras orchestra. The objective of the season was to hold concerts that would give greater visibility to the musical production of the Renaissance period, a period normally associated with its incredible production of visual arts, but little remembered when it comes to its musical production, and with a good part of its main composers having few appearances in the programming of the traditional orchestras.

The season featured three concerts, and that was the starting point for the creation of the visual identity system. With the idea of “renaissance”, we created three suns with interchangeably built formats. Each sun becomes central to each concert, and the color palette was built on the vivid colors of paintings by Renaissance painters.​​​​​​​ Furthermore, the arch shape was fundamental for the compositions, as it is a very present form in Renaissance architecture. 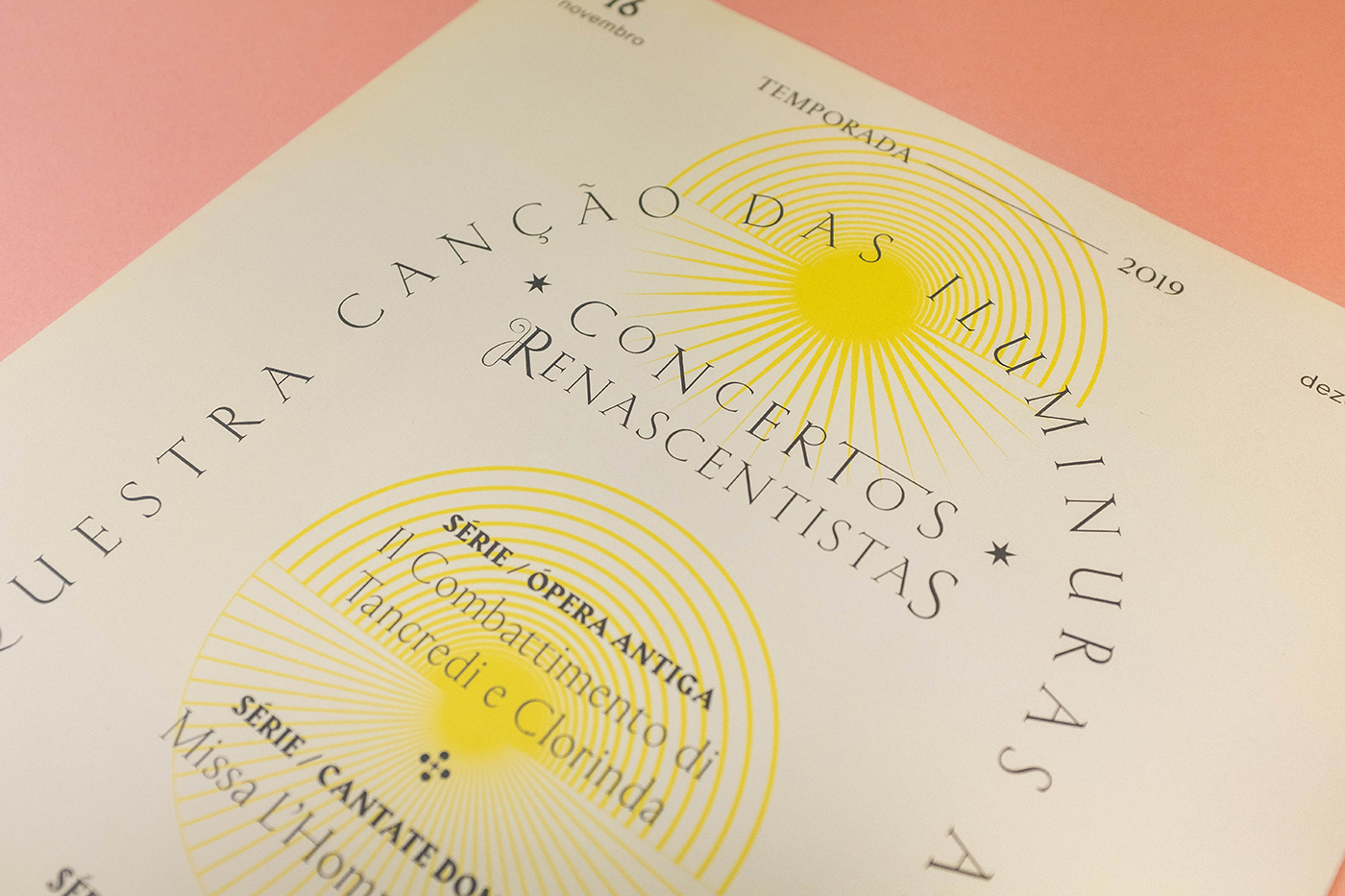 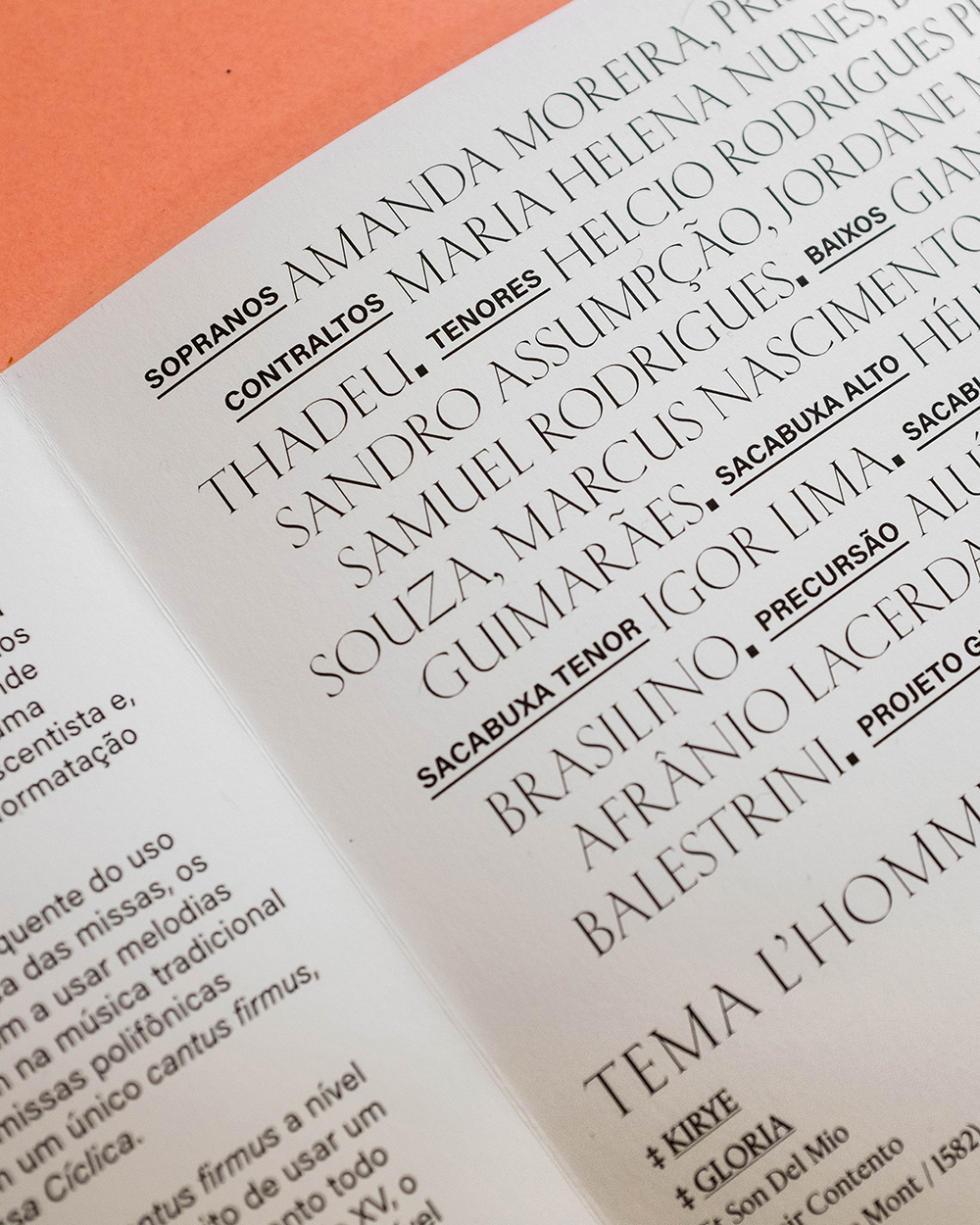 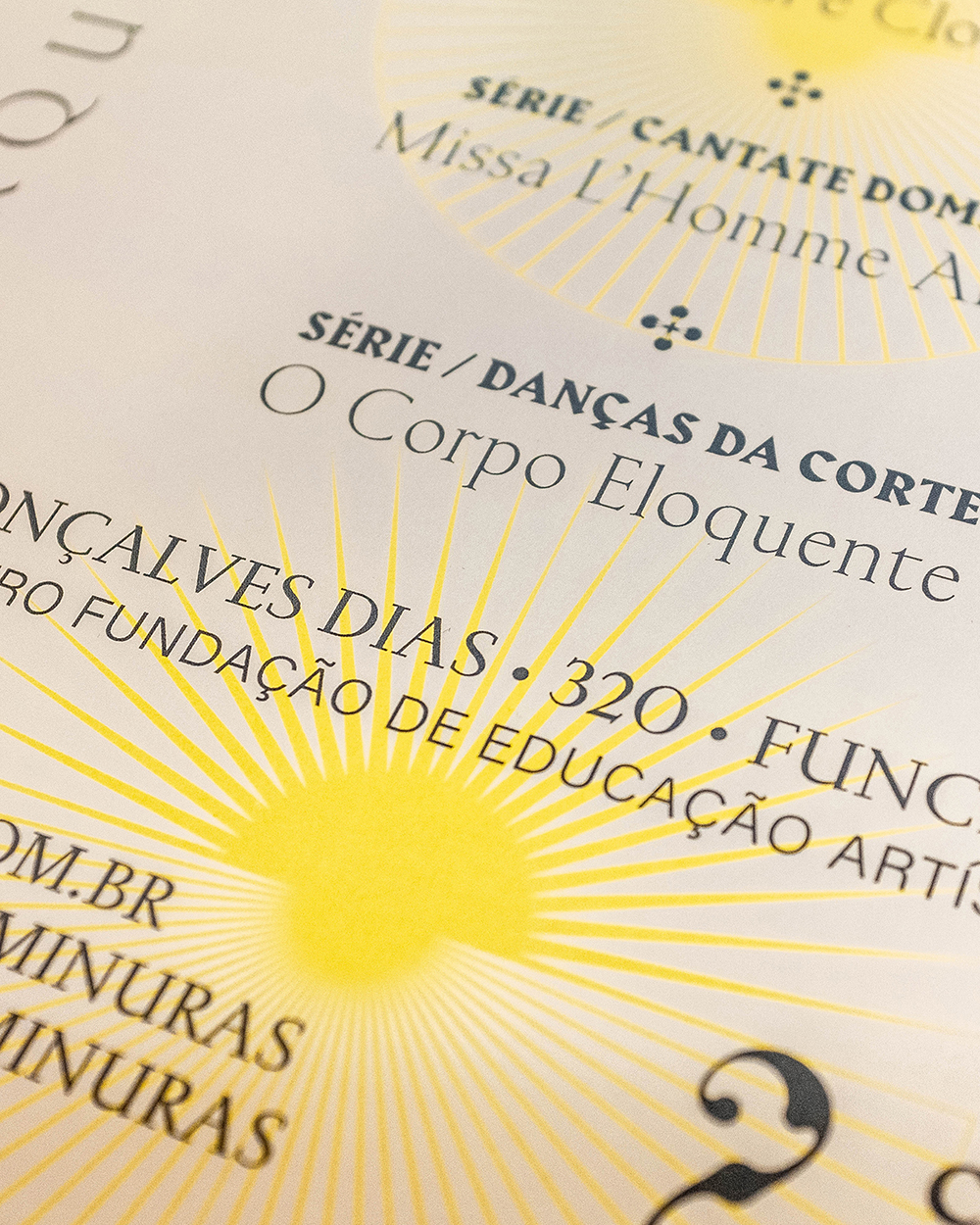 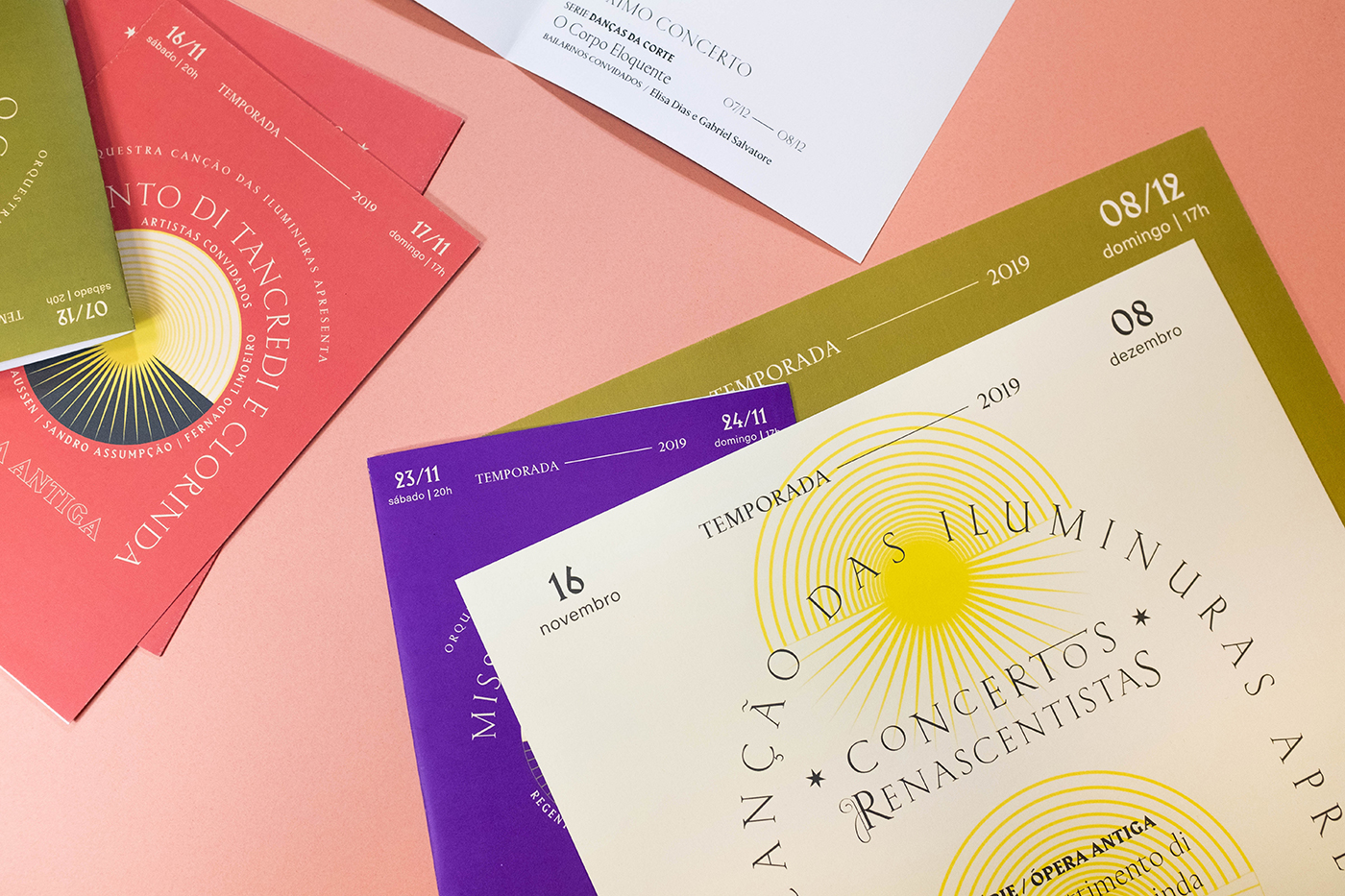 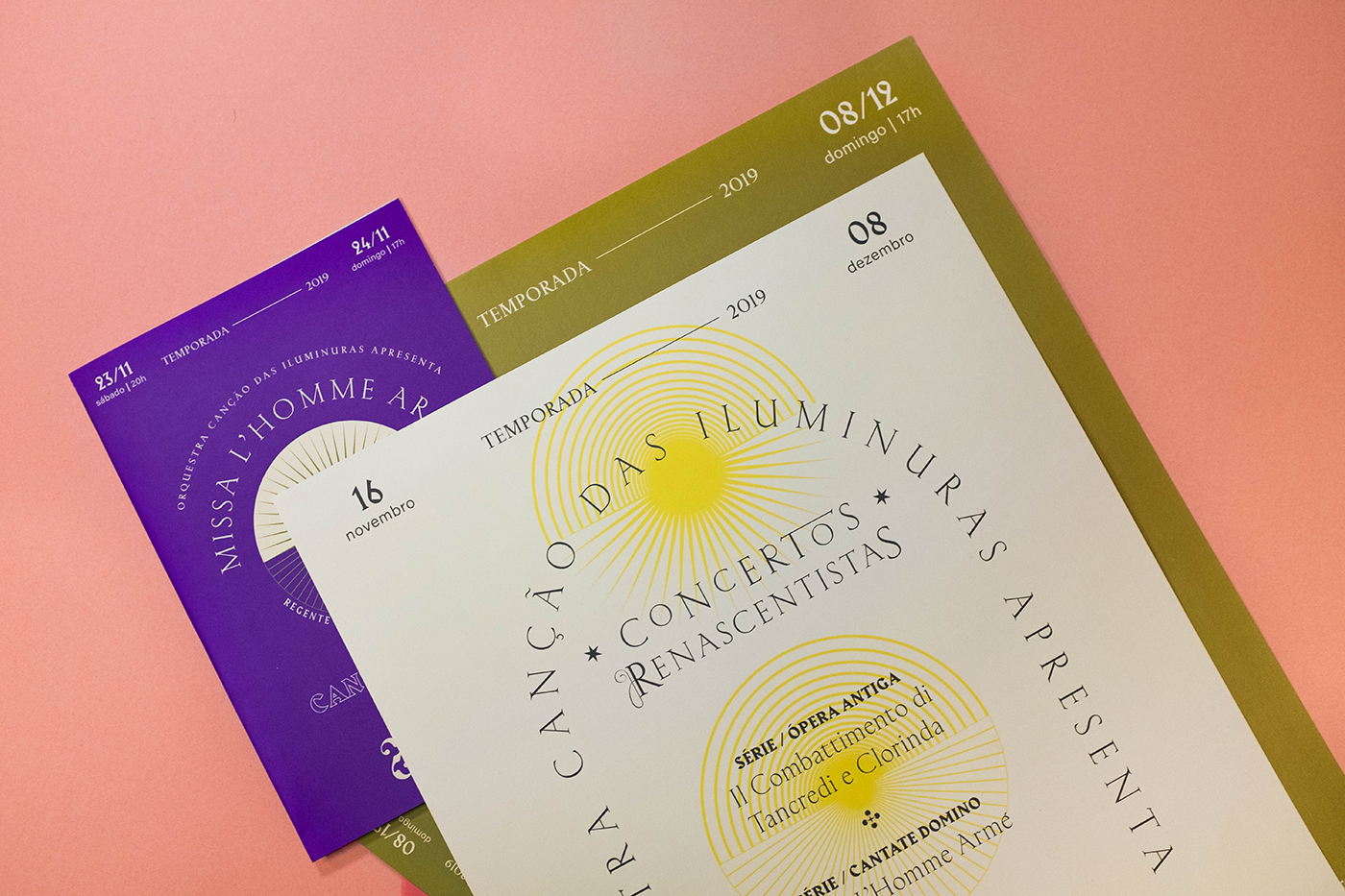 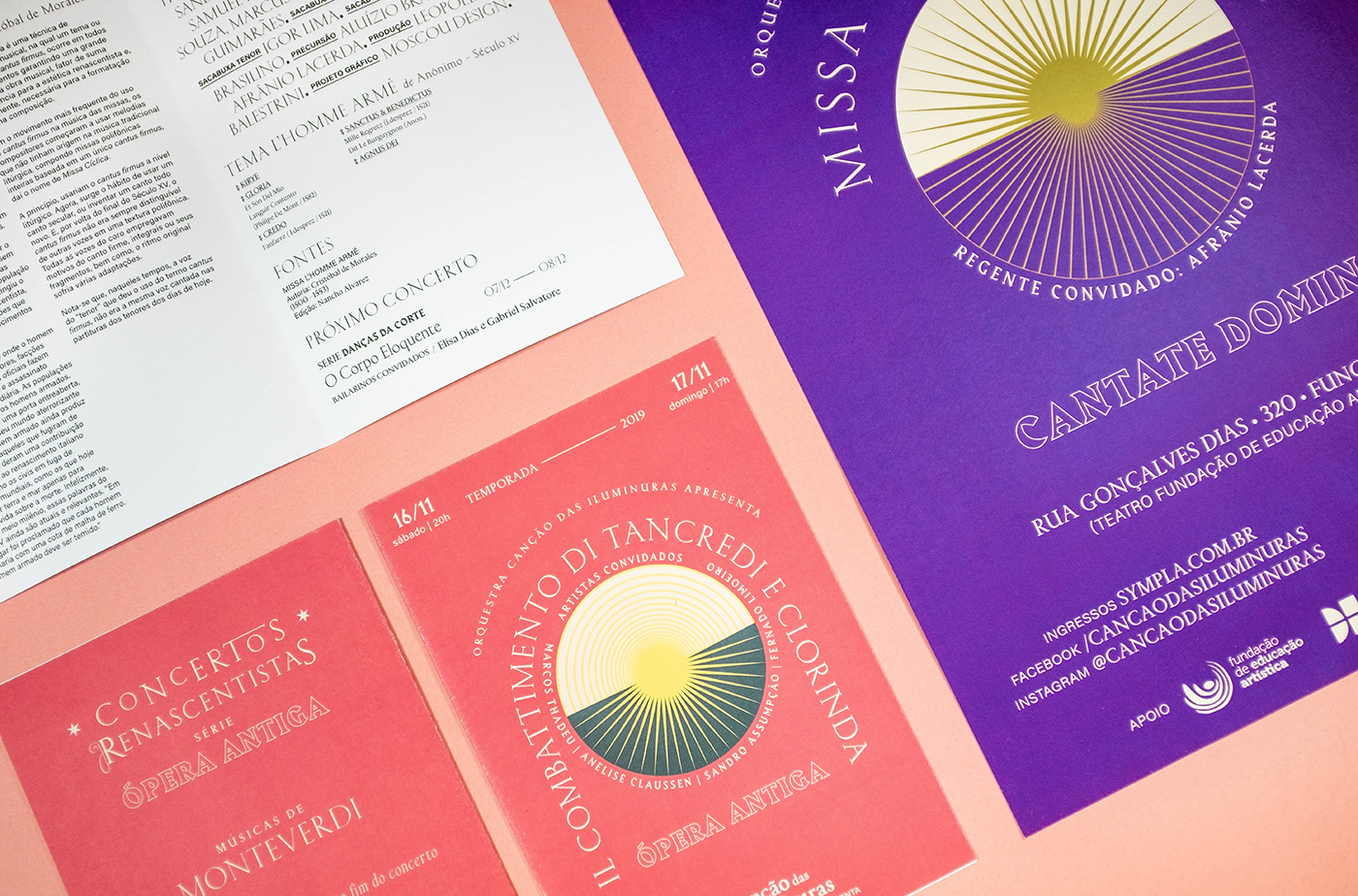 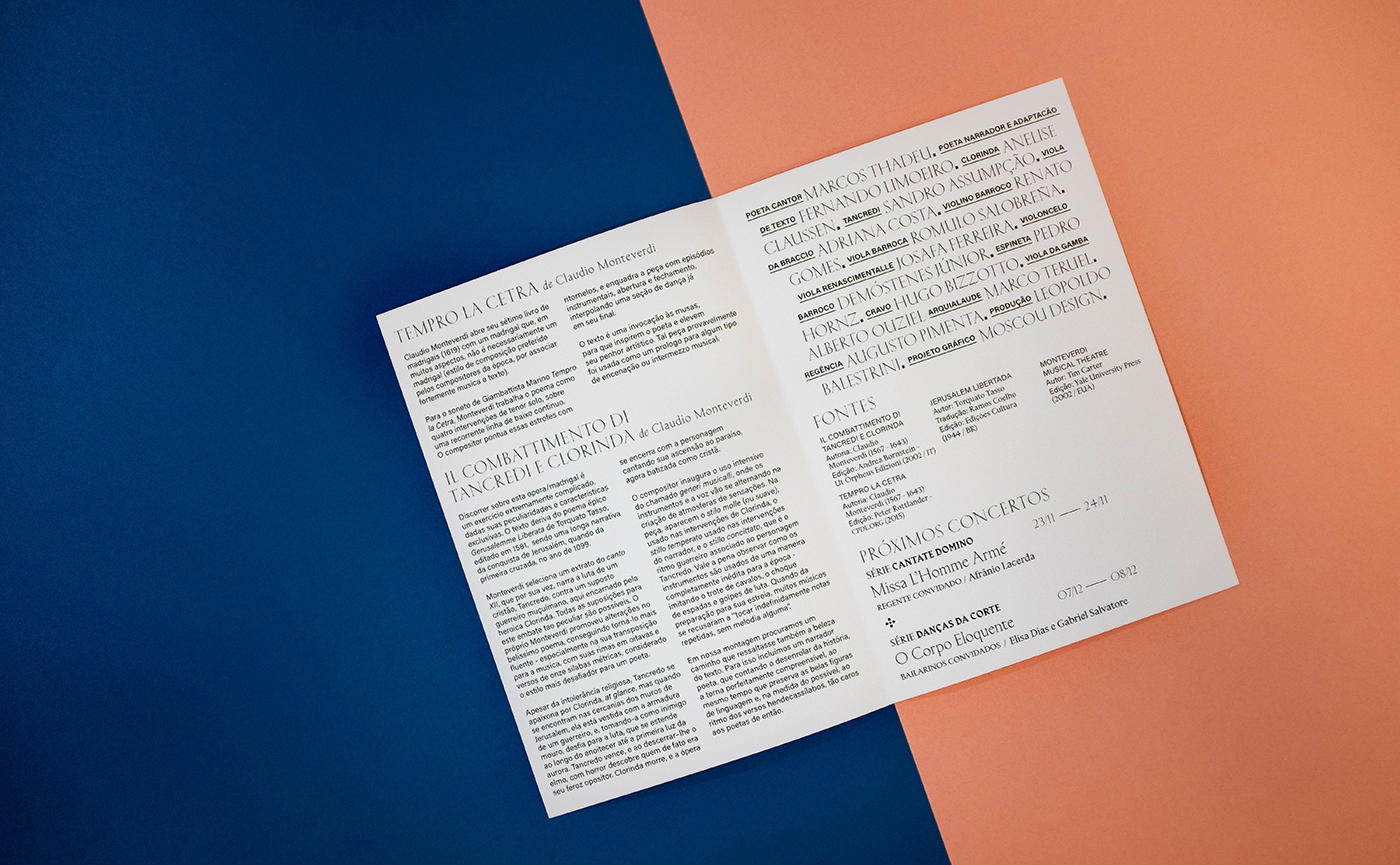 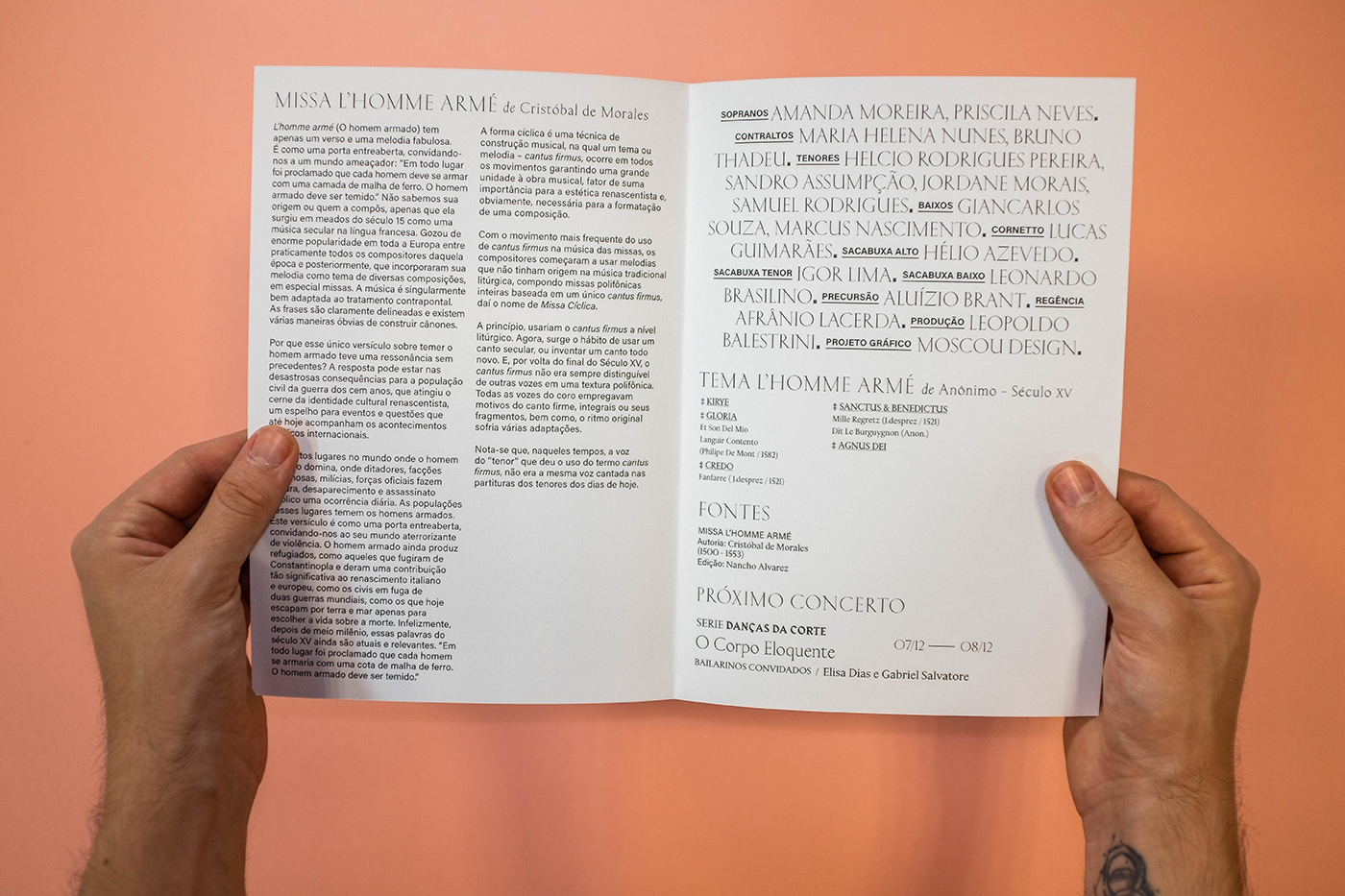 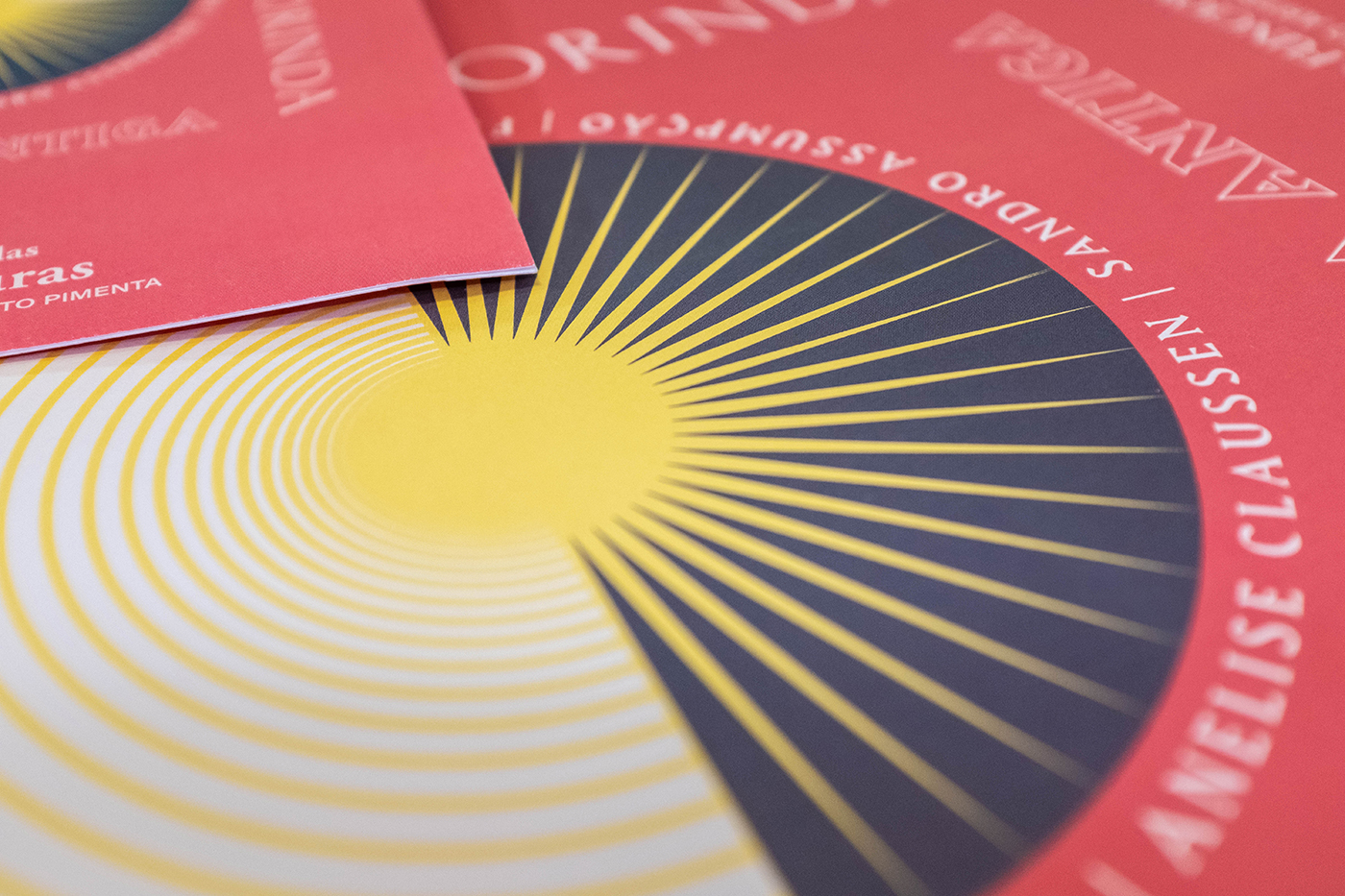