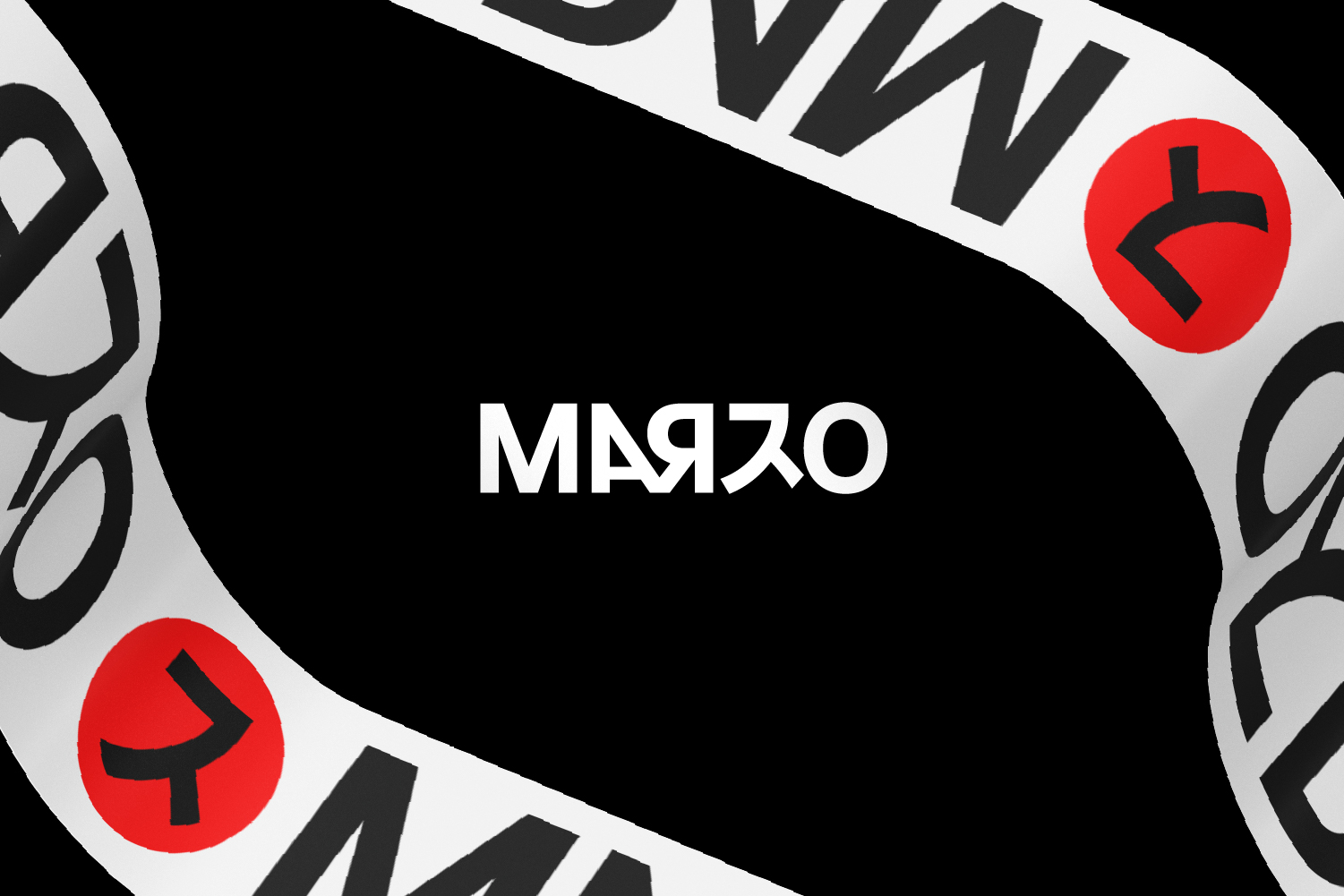 Why “Marzo?”
Marzo is the Italian word for the month of March and derives from the Latin “Martius,” referring to the fact that the month was dedicated to the Roman god Mars: the deity was attributed the spring harvest, virility, and war. according to more archaic mythology, also thunder, rain, and fertility. Ancestor of the Roman people through his sons Romulus and Remus. It’s also was the first month of the oldest Roman calendar.

I was born in March, and in March of each year I age, I am reborn. Like in Japan the cherry trees in bloom. By the city of Rome (my second home), in Roman dialect “M’arzo” means “I rise”. I am an Aries, a cardinal sign of fire, ruled by Mars. I was born on a Tuesday, which was also dedicated to Mars. I was born on the 22nd. In the neapolitan *smorfia the number 22 represents the Fool. *[The Smorfia is a system used to convert dreams and everyday life events into numbers. The numbers are then used to play at the lottery].

The Payoff
Working alone on all the services provided by MARZO, the word “studio” wasn’t very realistic so I added the apostrophe to break up the word and turn it into “stud’io” because in Italian “io” means me.

The Logotype / The Symbol
My first personal logo was in 2011, it was my initials built into a monogram with some AvantGarde Gothic Pro ligatures. What came out was more or less this: AЯ. In the Russian language and Cyrillic alphabet, the word Я stands for the personal pronoun “I” (callback to the payoff). It was bold, long-lived and minimalist at the same time, but it had no sound and looked like too many other brands. In addition to the infinite beauty of Italy, I’ve always been fascinated by Japanese, Soviet and German graphics. These last references were a great inspiration to me while creating my new brand identity. I built MARZO’s logotype with a mix of two Fonts and embedded the old monogram into the new word. Finally, I made the letter “Z” look like the kana “ス” of the Japanese katakana syllabary.

Who am I?
I am Alessandro Ribaldo – Art Director and Graphic Designer. Creative thinker and digital explorer – I deal mainly with building Brands and Visual Identity, but also Packaging and Art Direction. I fell in love with this job before I even understood the mechanics of it; probably today, I couldn’t do without it. From 2008 to 2017 I worked in Rome and with agencies and clients on hundreds of projects for small and large companies (including Coop, Ebay, Volkswagen, HSE24, Sony, Eataly, Greenpeace, etc). In 2017 I returned to the city where I was born, where for 5 years I held the role of Art Director for a small communication studio. During this last experience I took care of all the graphic and creative aspects related to the agencies and its clients; from the brief with the client to the pre-press and the management of suppliers. In detail, I have created Naming, Logos, Coordinated Images, Touchpoints, Packaging, Events and Cross-Media Advertising Campaigns; at the same time I followed/collaborated with and directed the SMM, Web and Google Adwords Teams during the creation of Social Objects, Videos, Photo Shooting, Banners, Website Layouts and Interfaces, etc. After years of hard work and probably wrong choices, the time has come for me to strike out on my own and start my own business. It’s time to Rise! 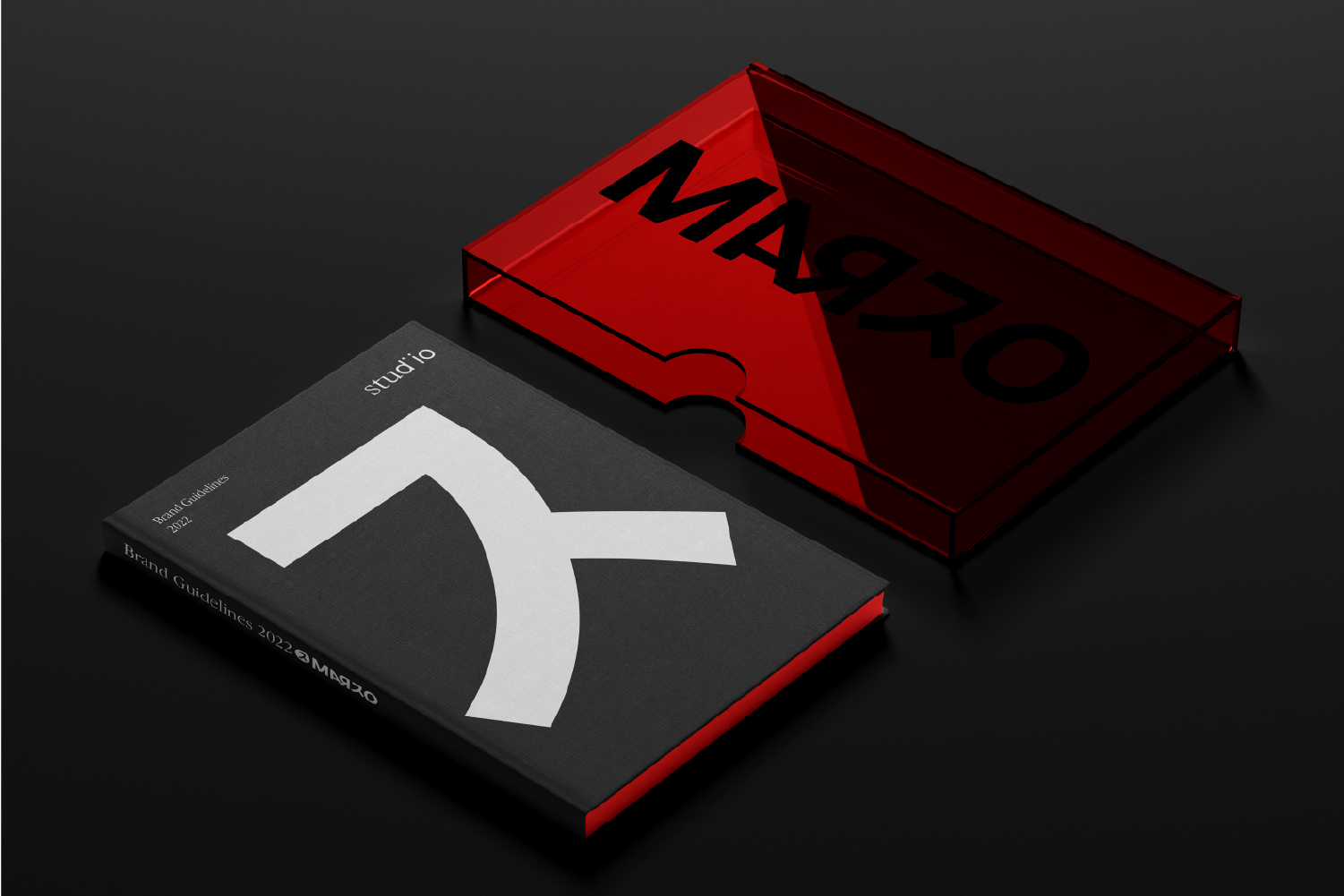 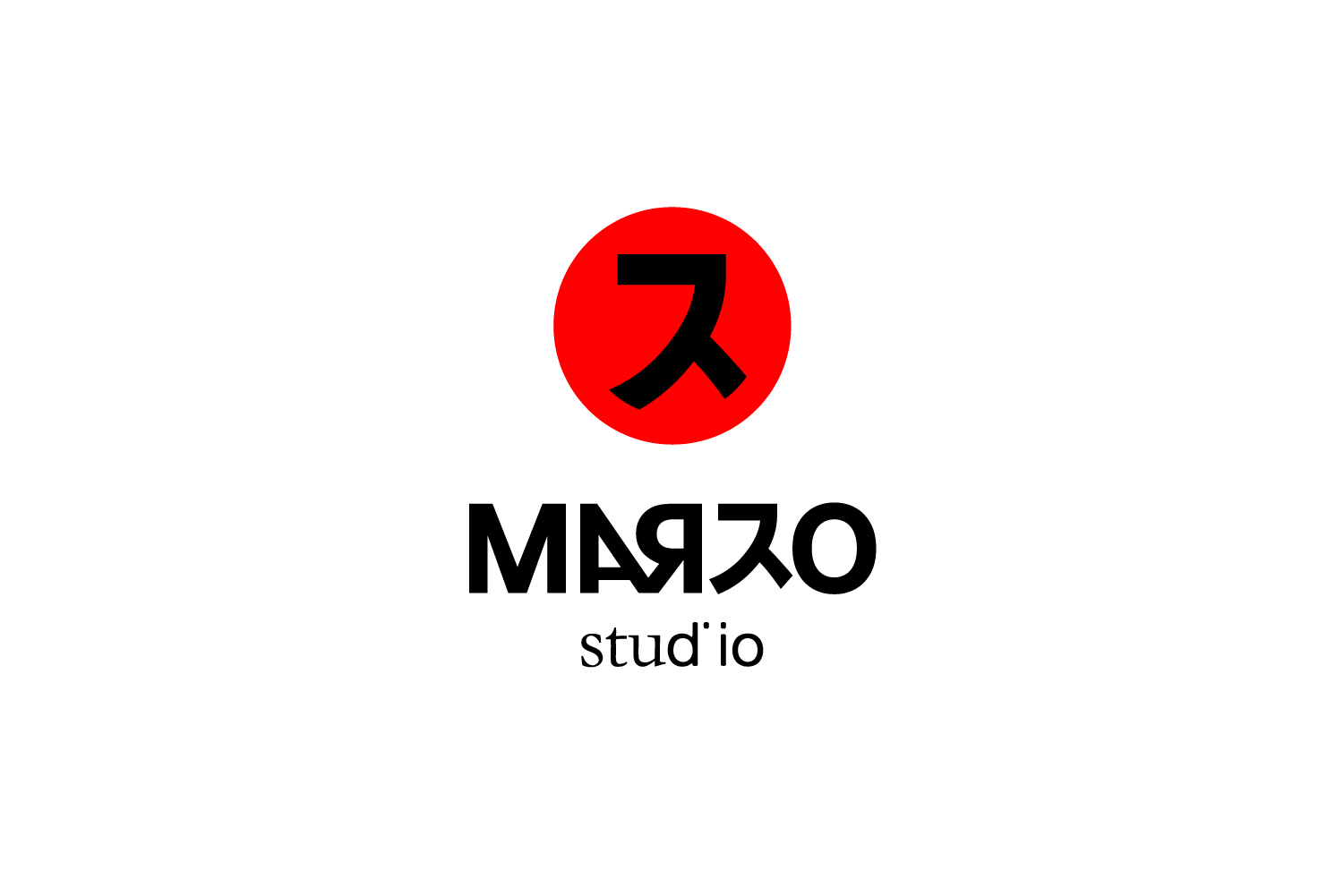 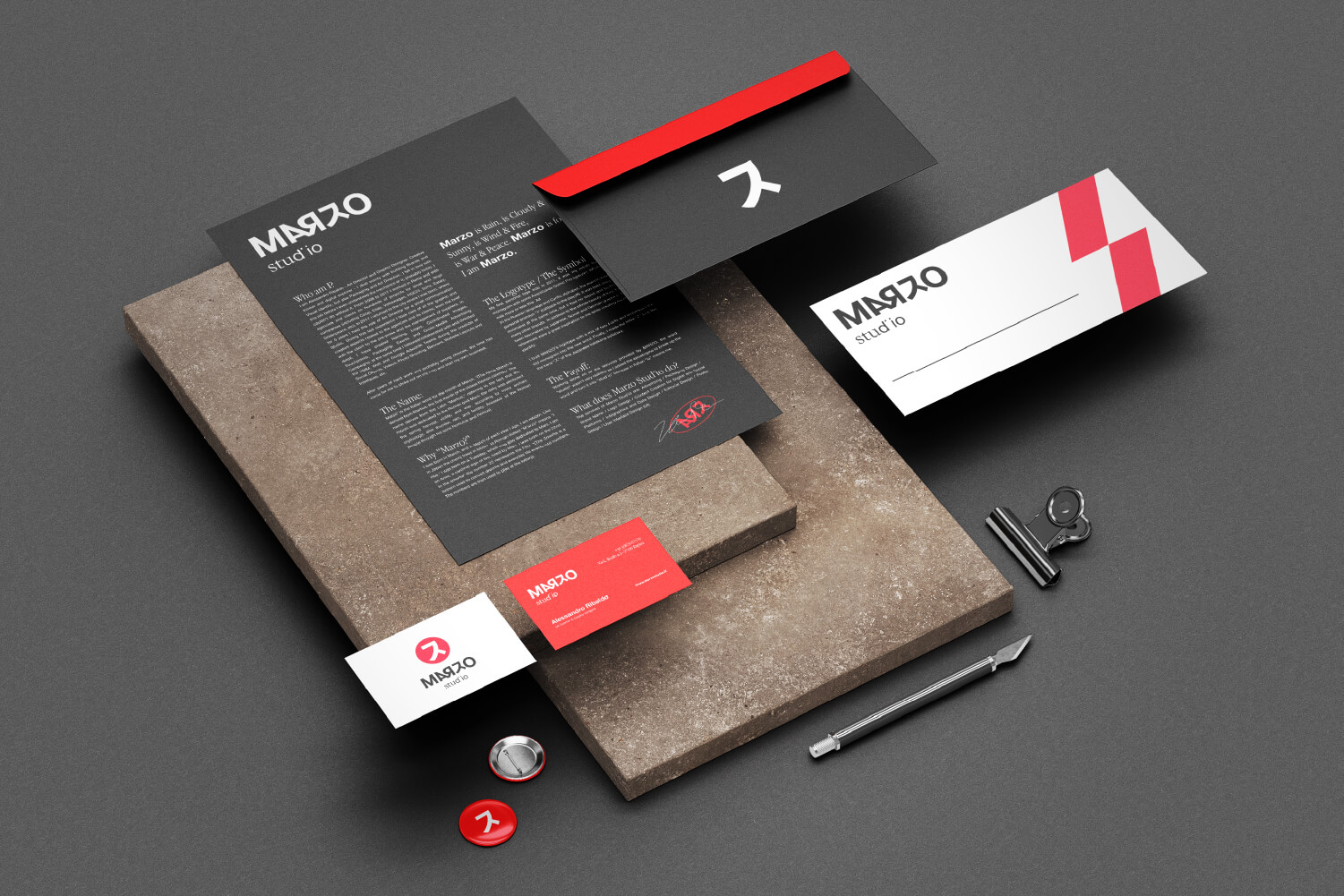 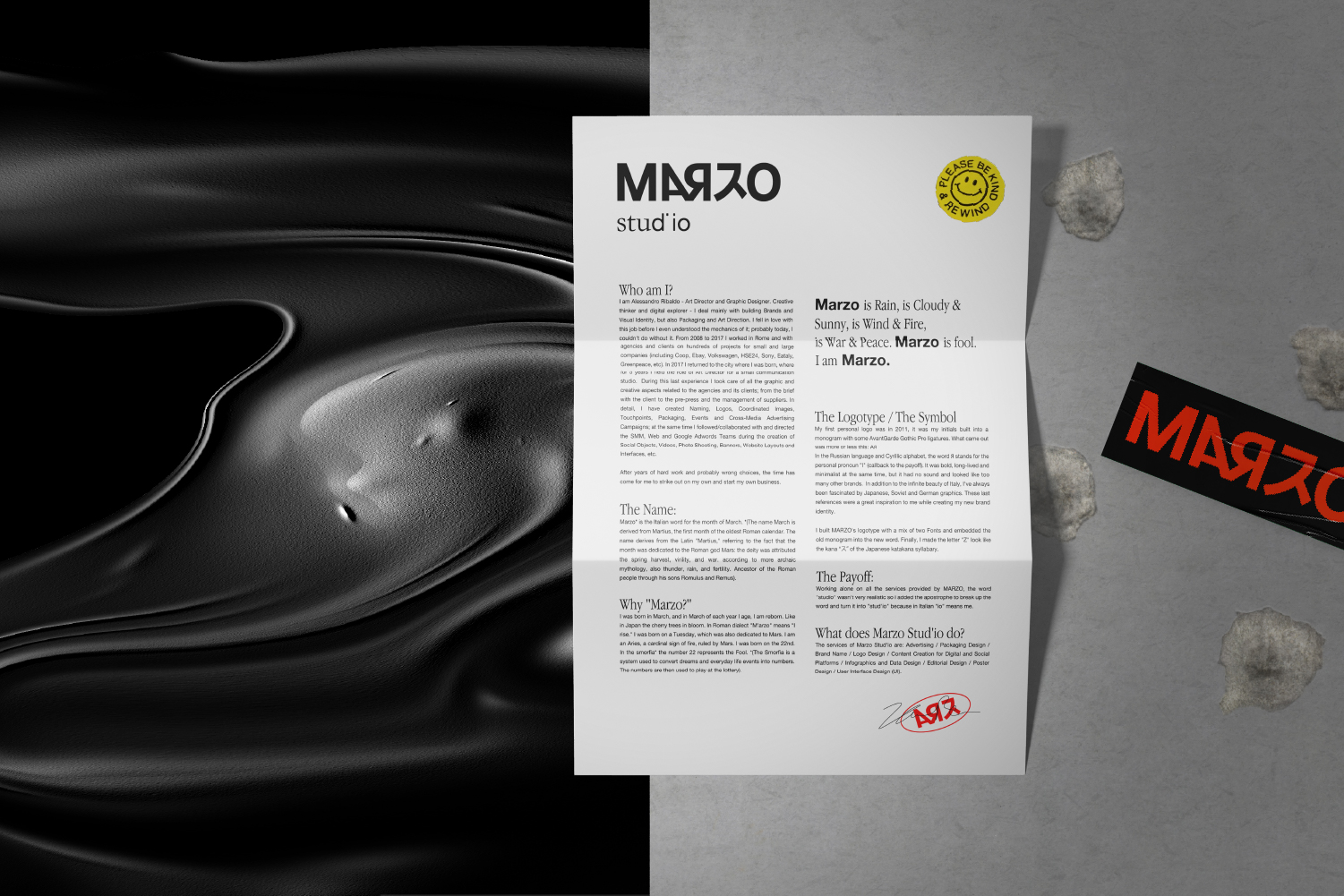 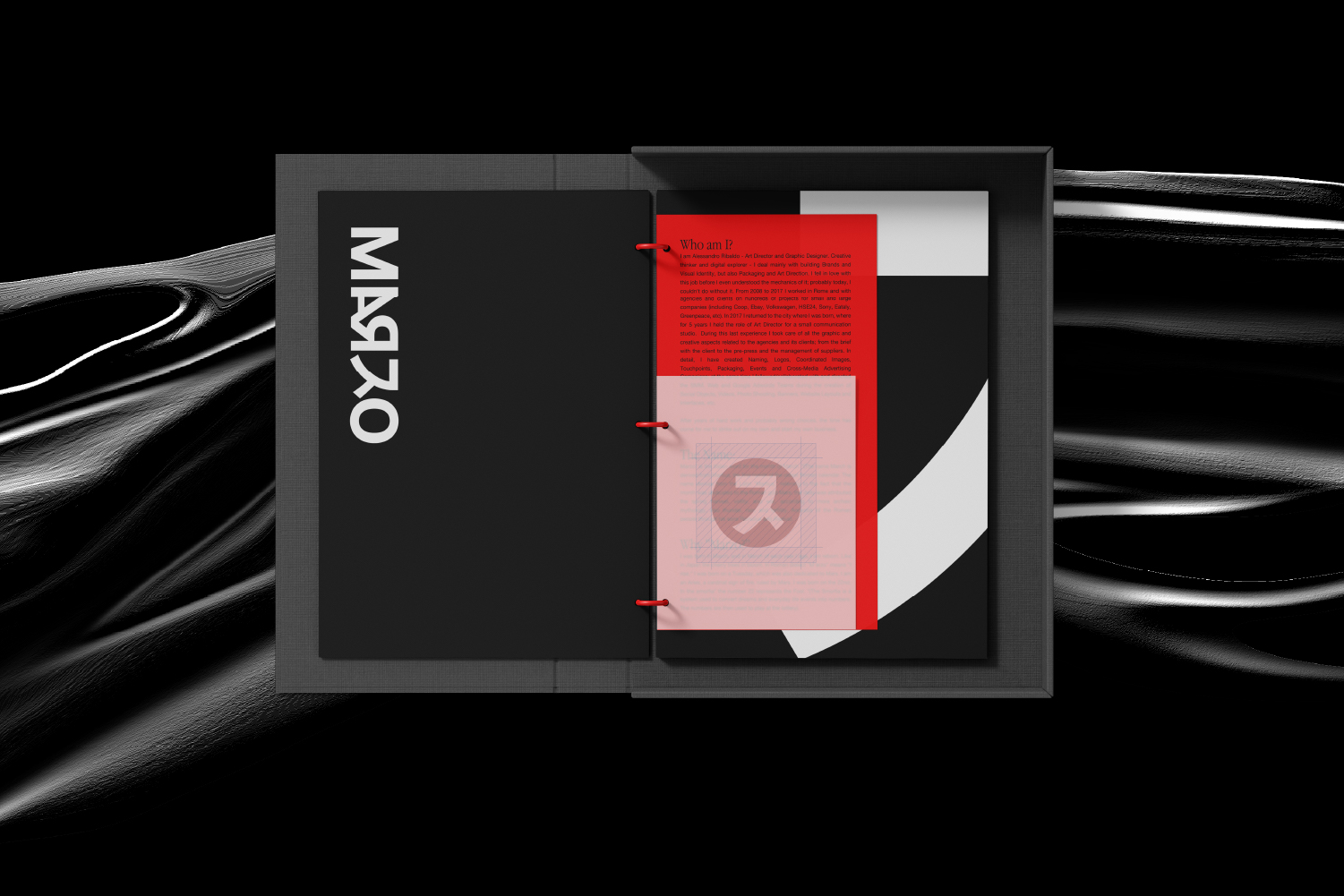 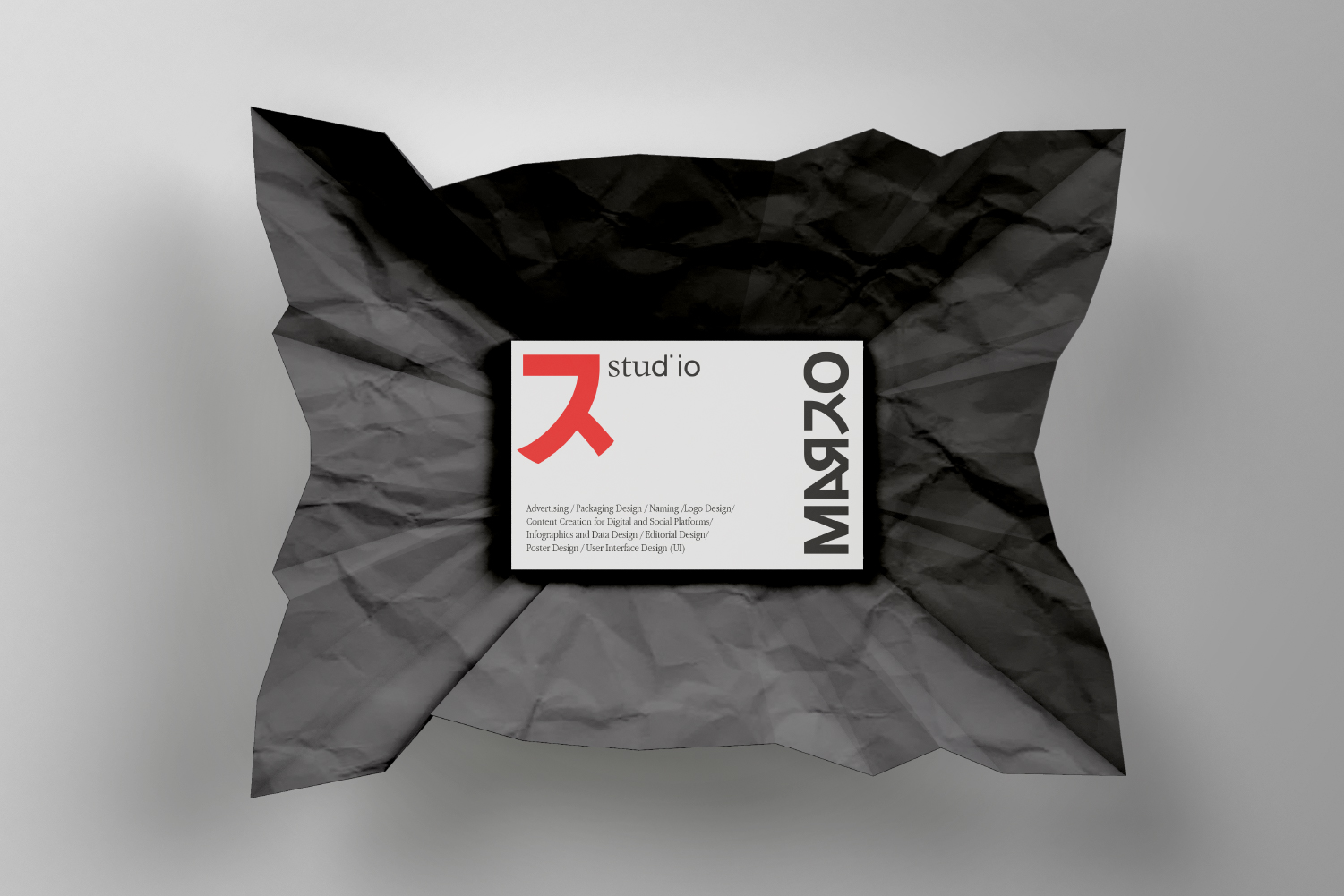 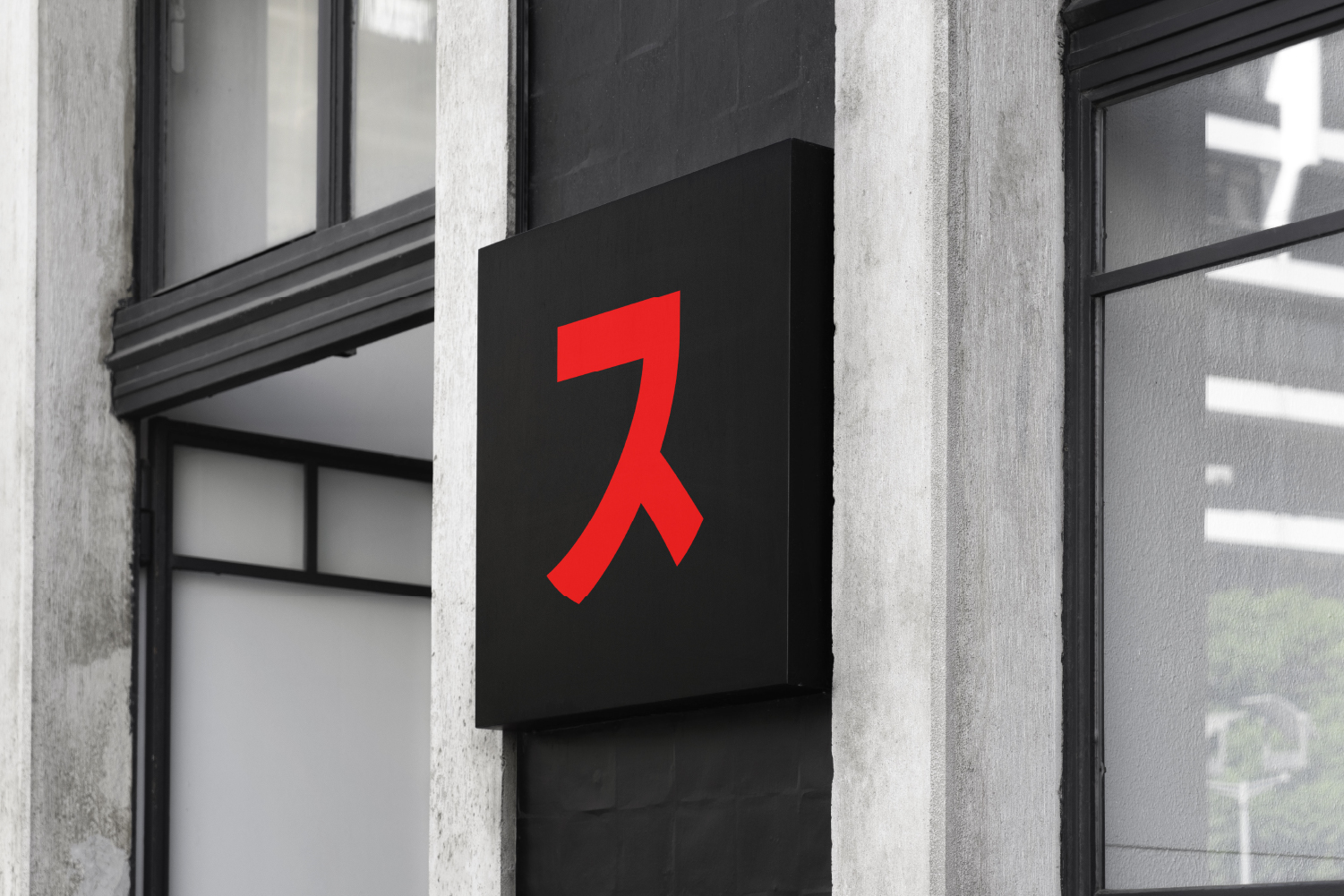 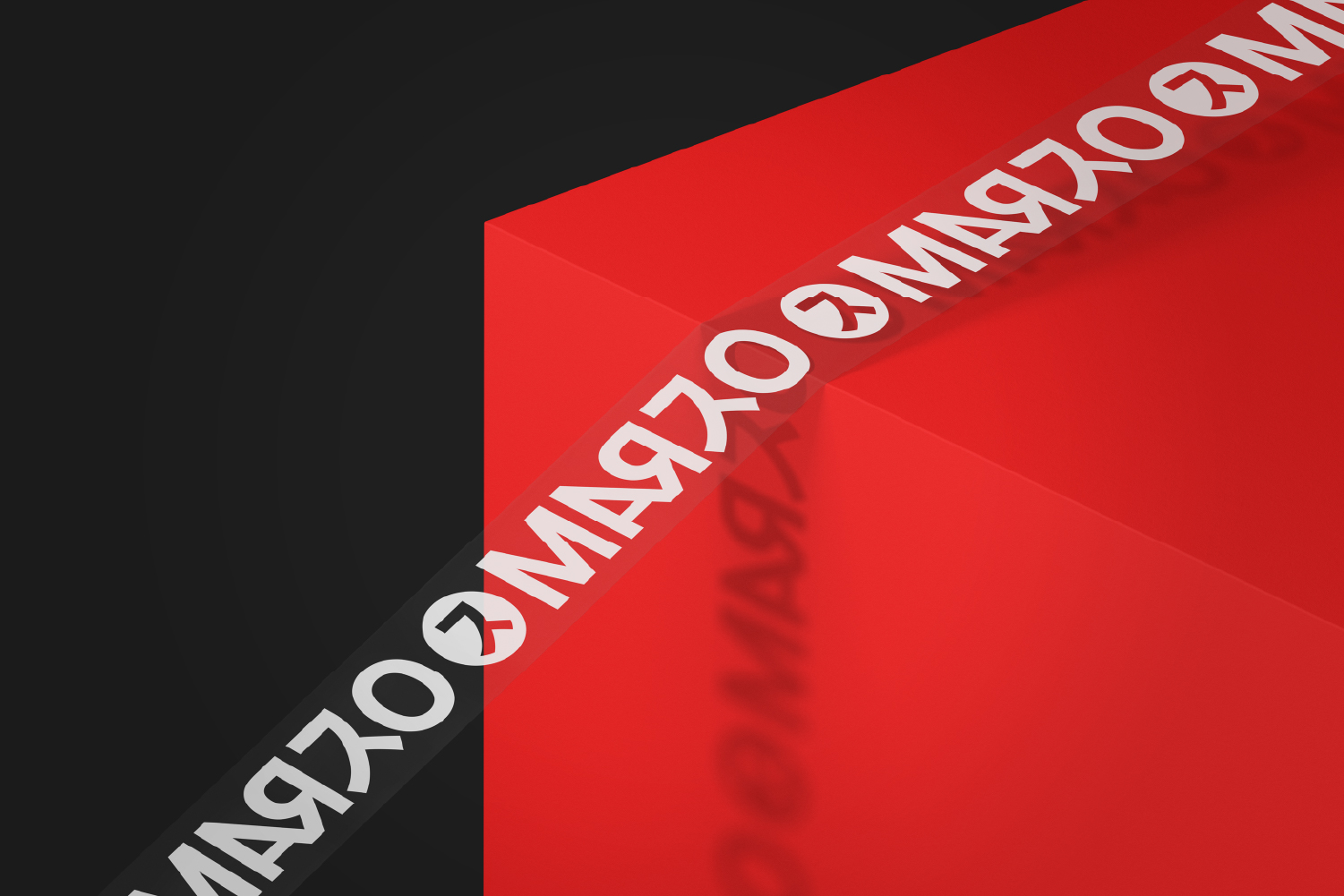 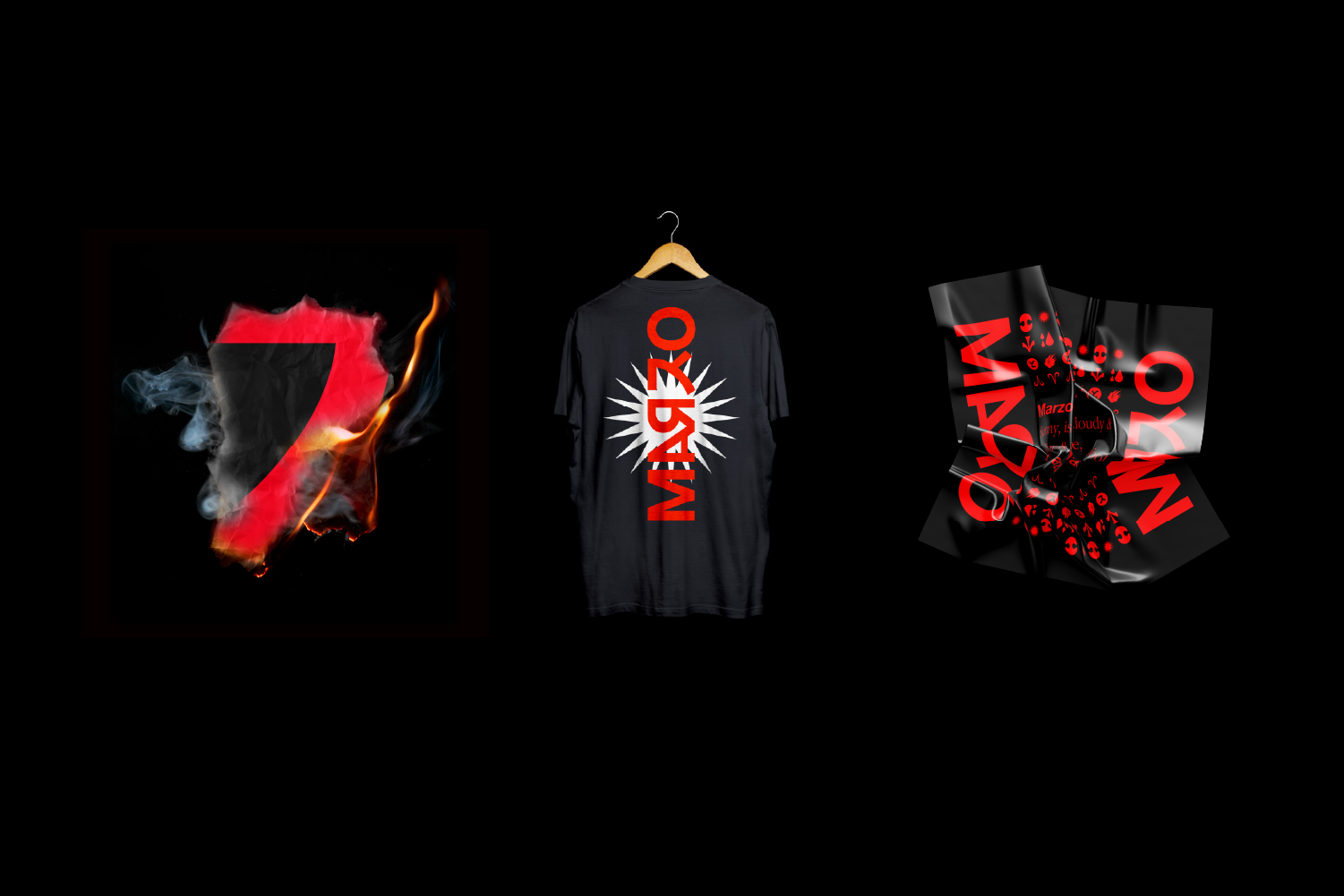