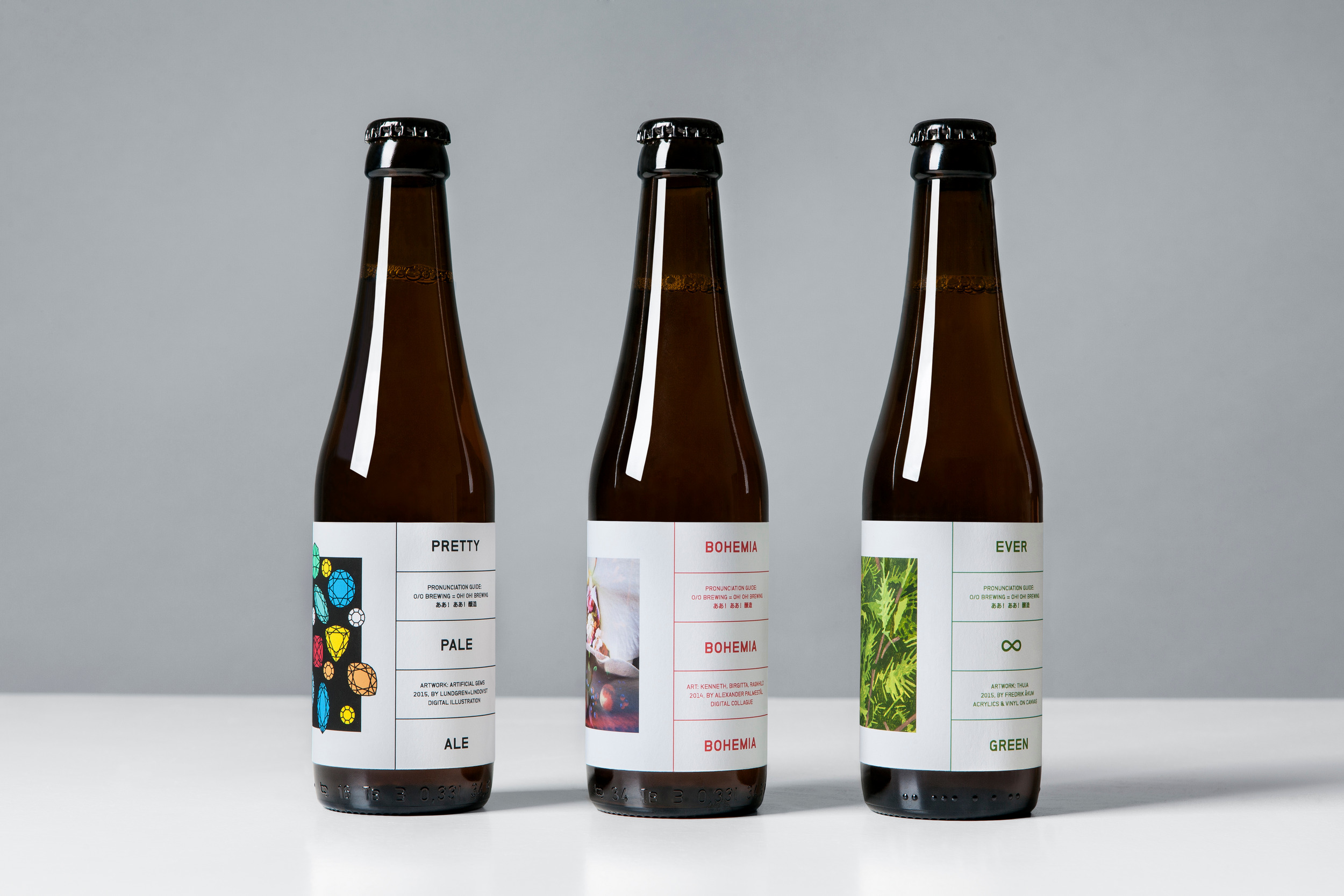 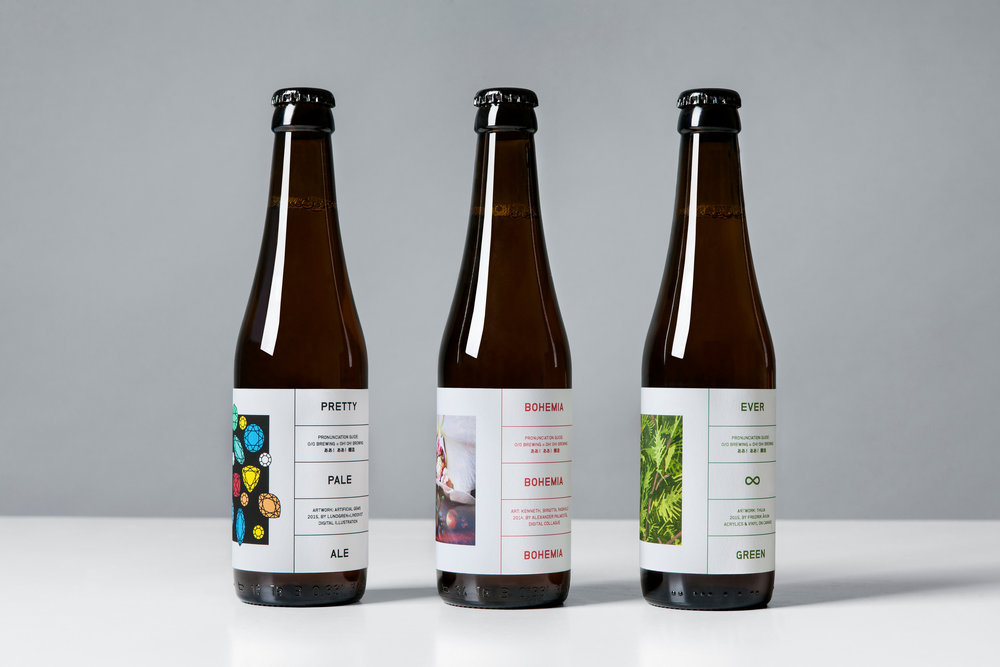 ” During the Spring of 2015, high-end craft brewery O/O Brewing released three new beers: A rich-in-flavor pale ale called Pretty Pale Ale, a saison made with Pilsner Malt and Saaz Hops called Bohemia and Evergreen – a flavorful IPA inspired by the taste and smell of conifer.For the packaging of the new beers, we revised and simplified our design system that have been used for previous O/O labels and incorporated a ’pronunciation guide’, to make the somewhat cryptic name easier to understand. We continued our collaboration with artists and designers, this time teaming up with Fredrik Åkum (Evergreen) and Alexander Palmeståhl (Bohemia), asking them to interpret the beer and featuring the artwork they produced on the labels.Also included in the presentation is O/O’s modular pop-up bar at the Gothenburg Beer & Whiskey Fair. The bar was designed by architects Emma Magnusson and Angelina Kjellén, and we designed the signage and a limited edition coaster in laser cut Poplar, which is the same material that was used for the construction of the bar. The coasters were given out for free during the fair and have already become hot commodity amongst collectors of beer ephemera.” 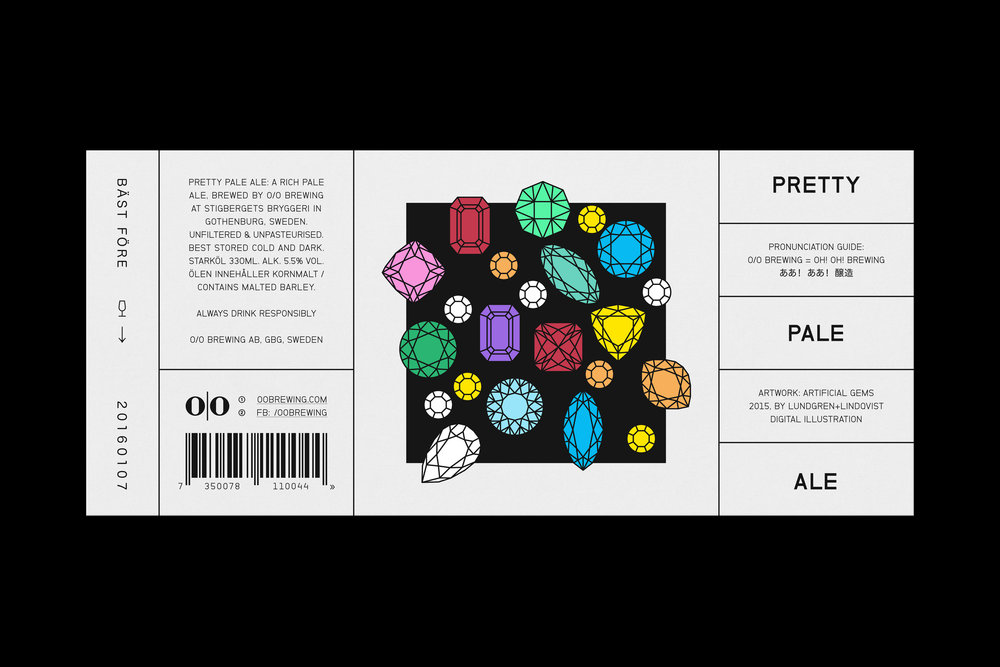 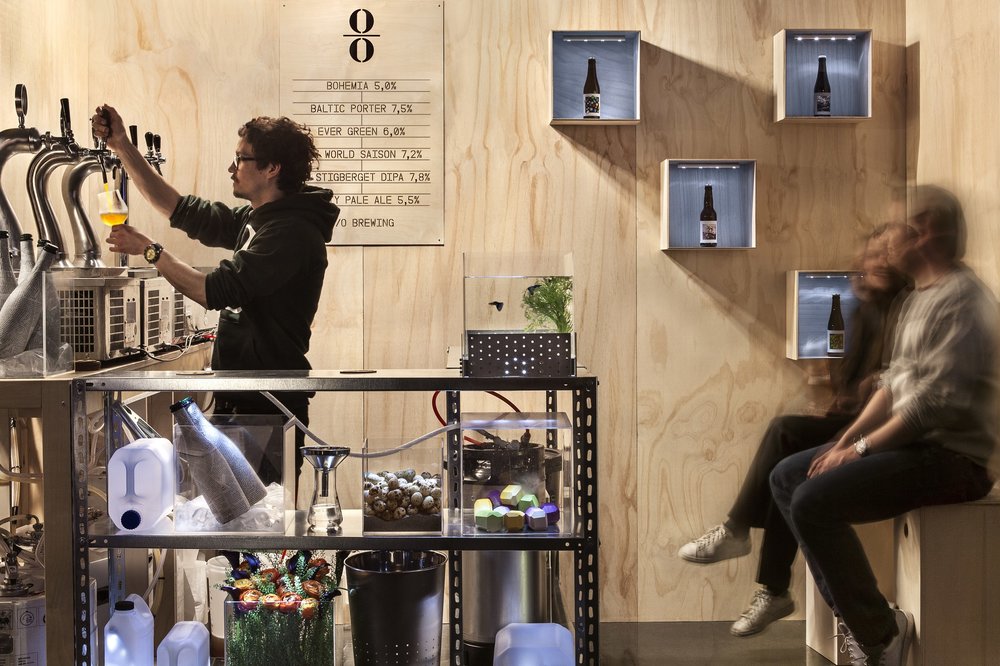 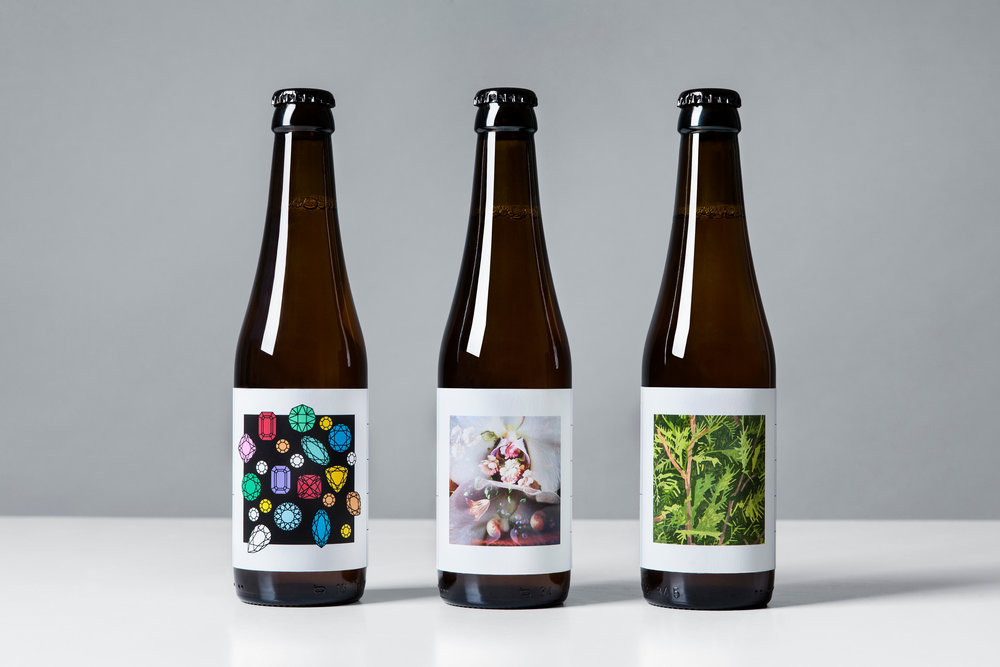 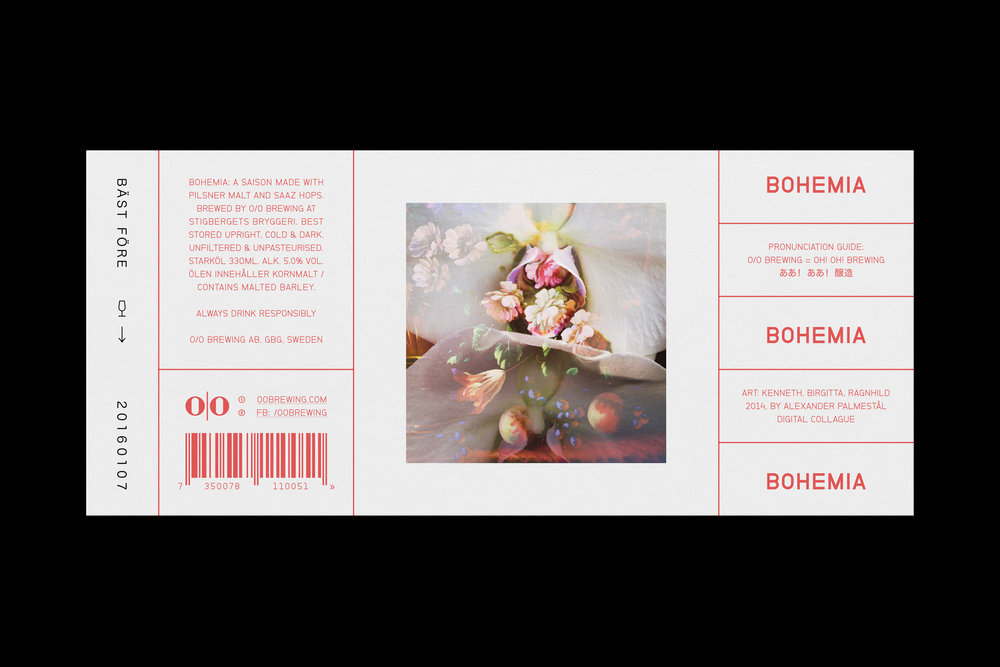 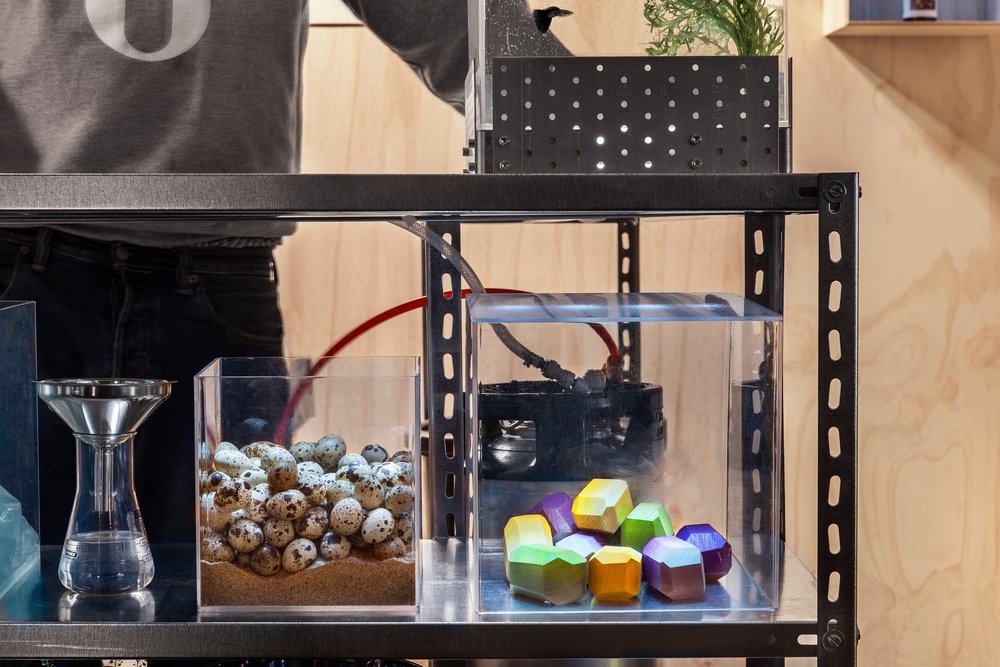 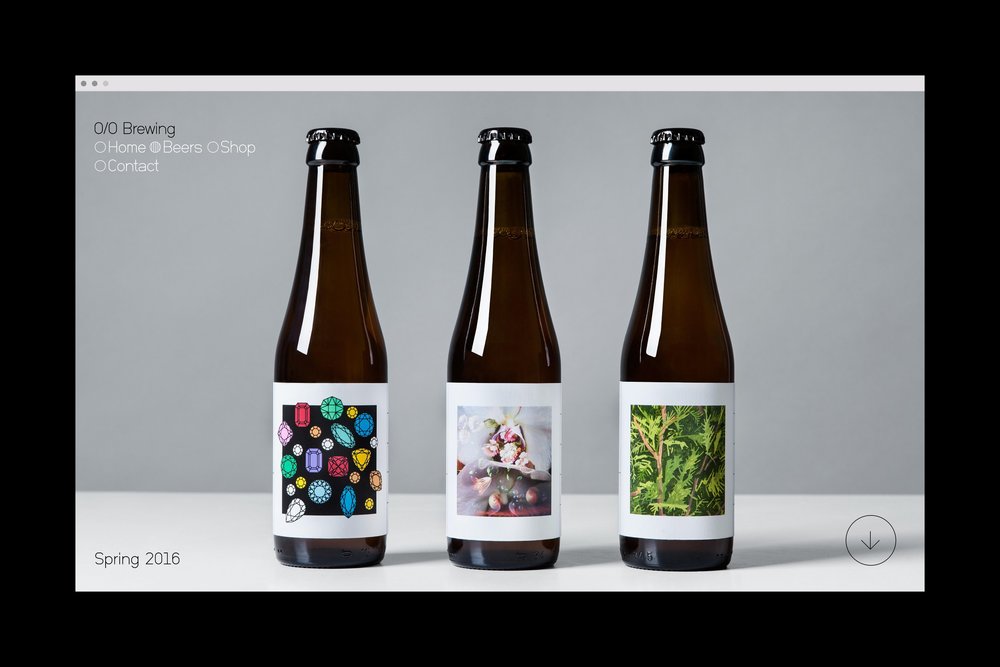 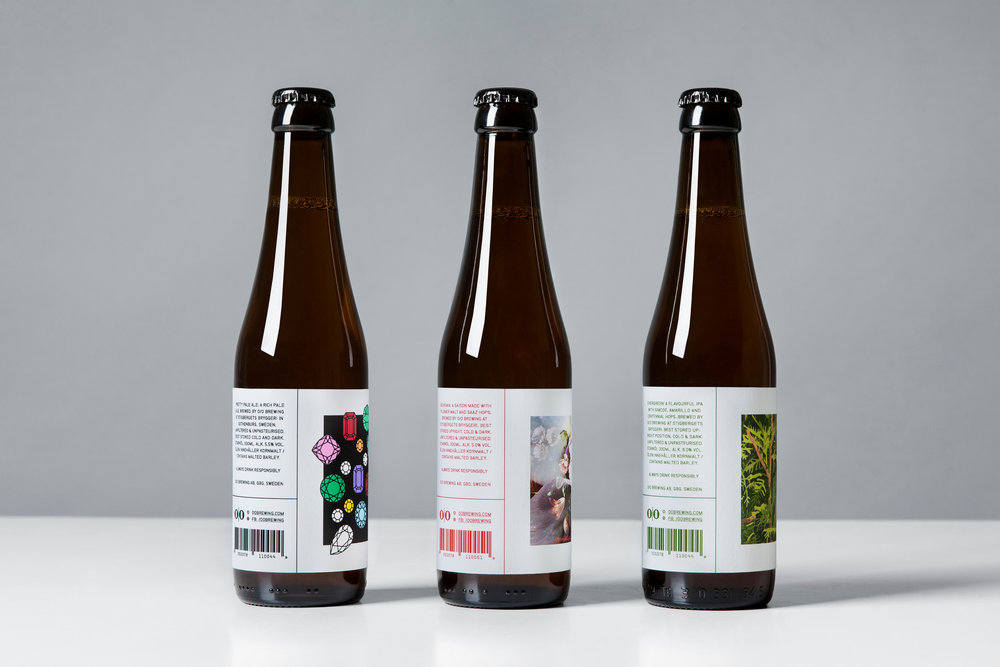 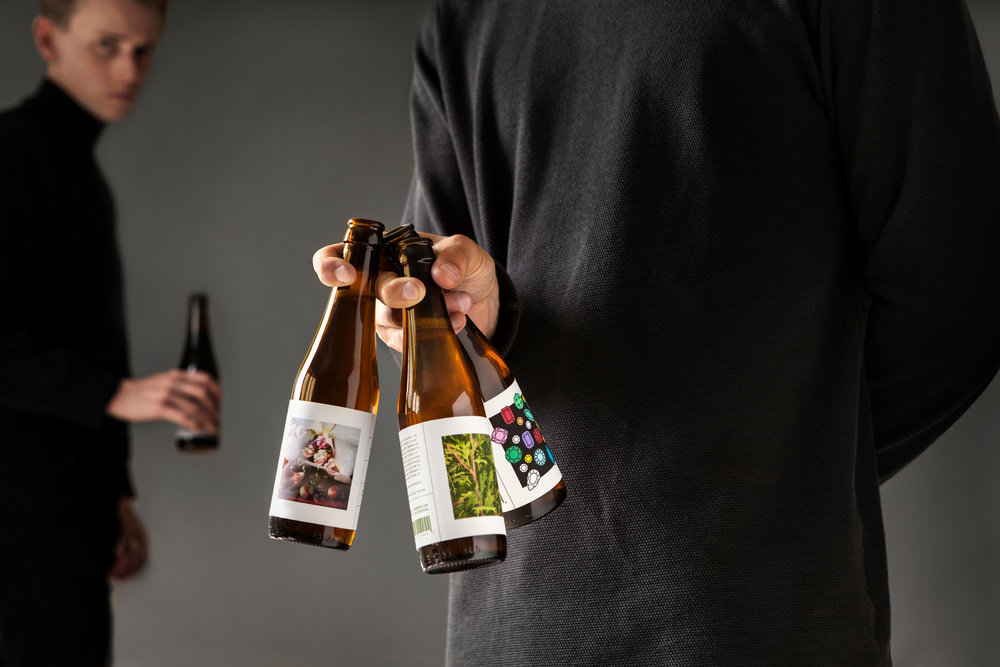