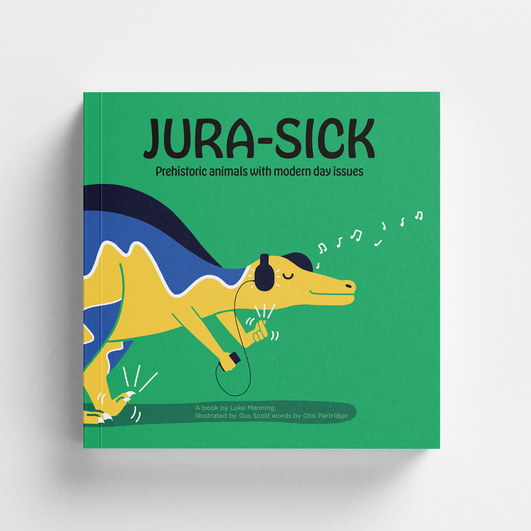 Caught between a longing for simpler times and the overstimulation of modern day living, jura-sickness is everywhere and comes in many forms. Our brand is about celebrating this new-age awareness through pre-historic creatures.

This was a studio collaboration with a good friend of ours and illustrator Gus Scott.
The concept of developing a book had always been on a sort of bucket list for us and Gus and after sharing the idea with Gus he was keen to jump on board and help with the project. His illustration style really brings the characters of each dinosaur to life.

Each dinosaur name has either been genetically crafted to express the condition they suffer from such as ‘Tyrannosaurustext’ which is someone who can’t put their phone down to Riojasaurus which is actually a really name but then becomes the person at every dinner party who likes to think they know everything about wine. This concept of using the names to develop fun and engaging characters that demonstrate an exceptance, a knowing that it’s ok to either be scared or addicted to new trends,

We wanted to create a book that focussed on issues that are increasing amongst not only a younger audience but adults too. We wanted to create a fun approach to understanding that there are many issues people have and deal with, we threw in a few others to help normalise them in one collective. The idea of using dinosaurs was kind of a contrast to modern issues and then the title ‘Pre-historic animals with modern day issues’ was born, 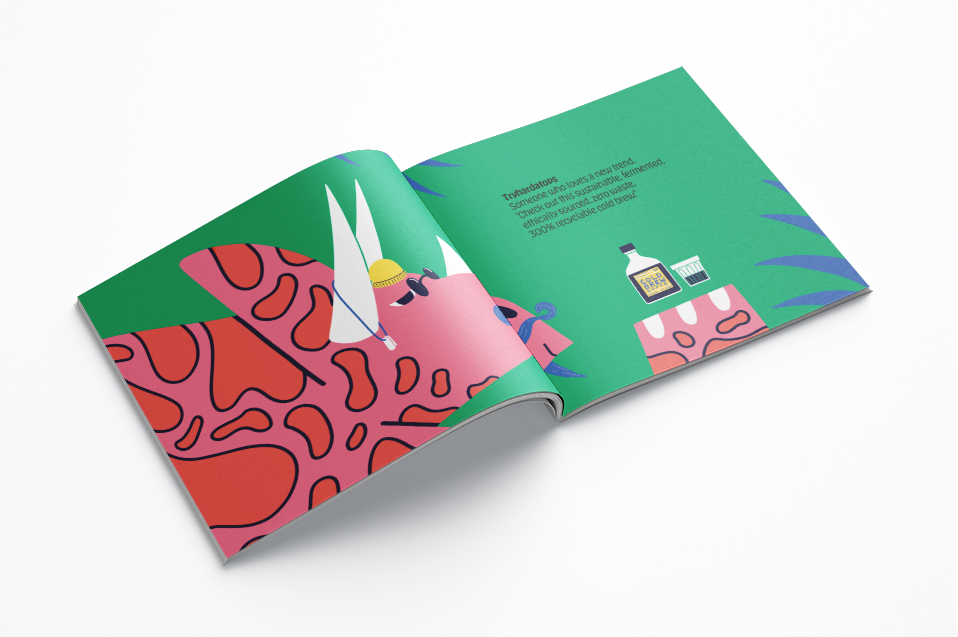 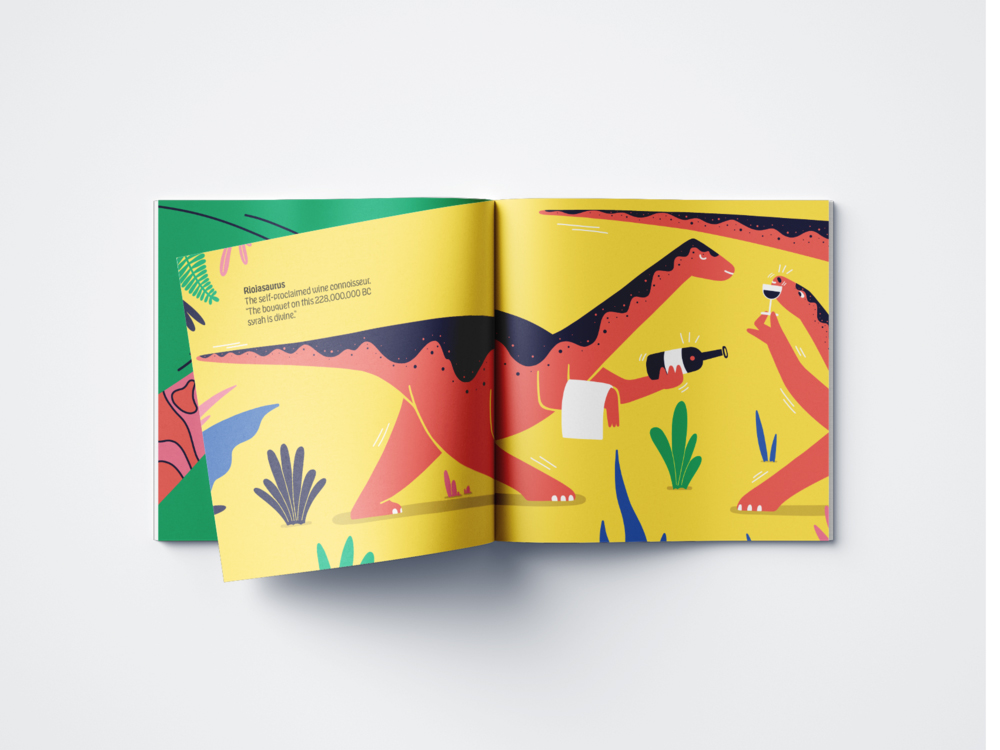