It all Starts with a Pencil: Campaign Idea, Identity and collateral for D&Ad New Blood 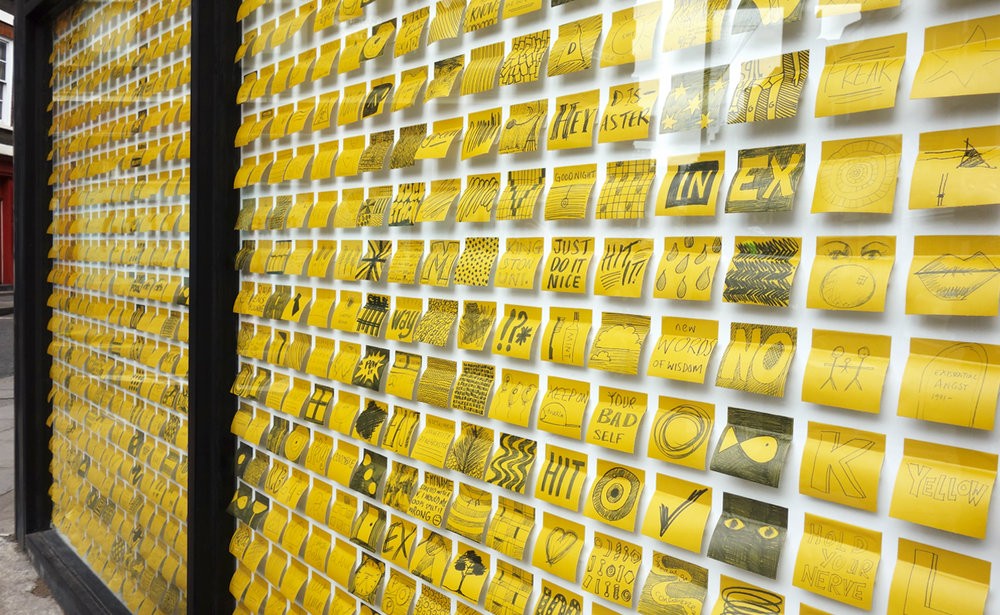 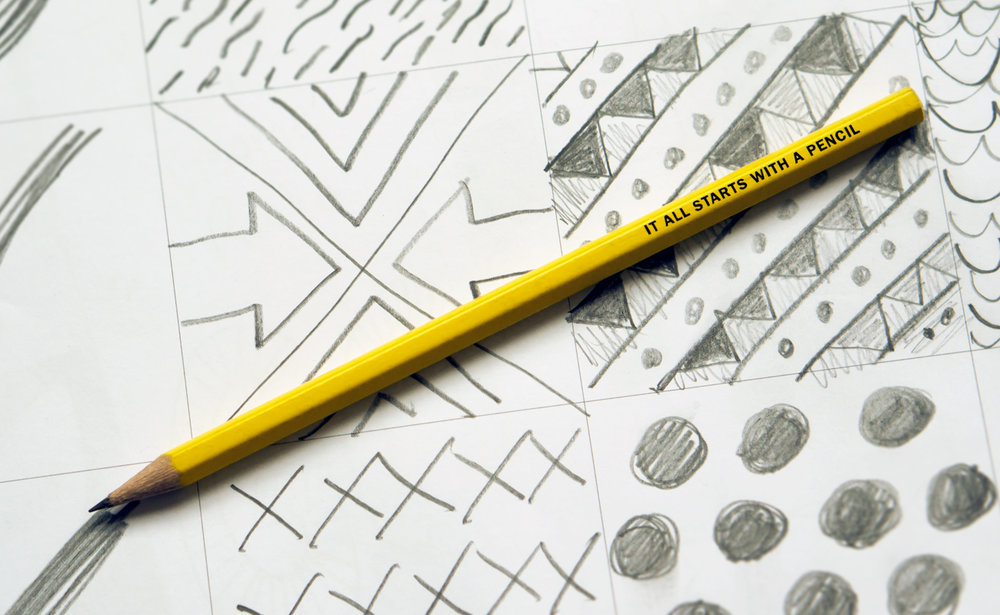 “Afterhours were commissioned to create the campaign idea, identity and collateral for the 2016 D&Ad New Blood festival, ceremony and academy.
Spanning a diverse set of applications from social media assets to printed materials, exhibition graphics and signage, the identity is built around the central idea & end line ’It all starts with a pencil’.
The concept & execution centres on the dual interpretation of this phrase: That just as every great creative piece begins with putting pencil to paper, so a creative career is launched by winning a D&Ad pencil.
The festival opened at the Truman Brewery in London, a key touch point for the campaign. Central to the creative concept is a series of window graphics leading visitors around the building to the entrances…
Each window features giant pencil drawn posters designed to reflect different aspects of the creative process –from initial idea through to craft & execution. Some capturing core skills, others more personal attributes required to succeed: work ethic or having the guts to start again when an idea isn’t working. A giant illustrated map of London re-imagines locations as landmarks in the creative ’journey’.
This culminates with the entrance installation: A giant pencil rendered hand holding a yellow pencil pointing to the entrance and leading the eye around a hand rendered flowchart mapping all of the skills, qualities and moments we experience as creatives.
The exhibition guide has been designed to a layout pad format and the student showcase itself is housed in giant sketchbook frames dotted around the venue. Outside, visitors are welcomed by A frame board signage designed and constructed as spiral bound note books.
Many of the illustrations have been created by students themselves and the overall aesthetic is deliberately raw – posters applied with yellow sticky tape, giant post it note signage and raw, graphite textures on the floor vinyl.
A centre piece to the venue is a giant D&Ad pencil montage constructed from 1,347 hand drawn post it notes, demonstrating a myriad of workings and imaginings intended to reflect the diversity of skill and the level of effort that must go into winning this coveted prize.” 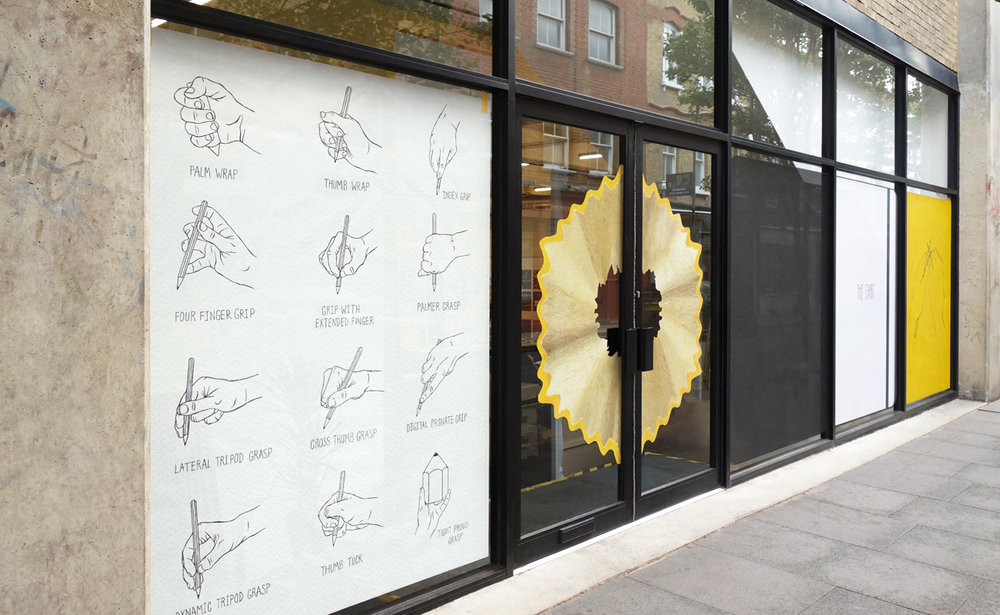 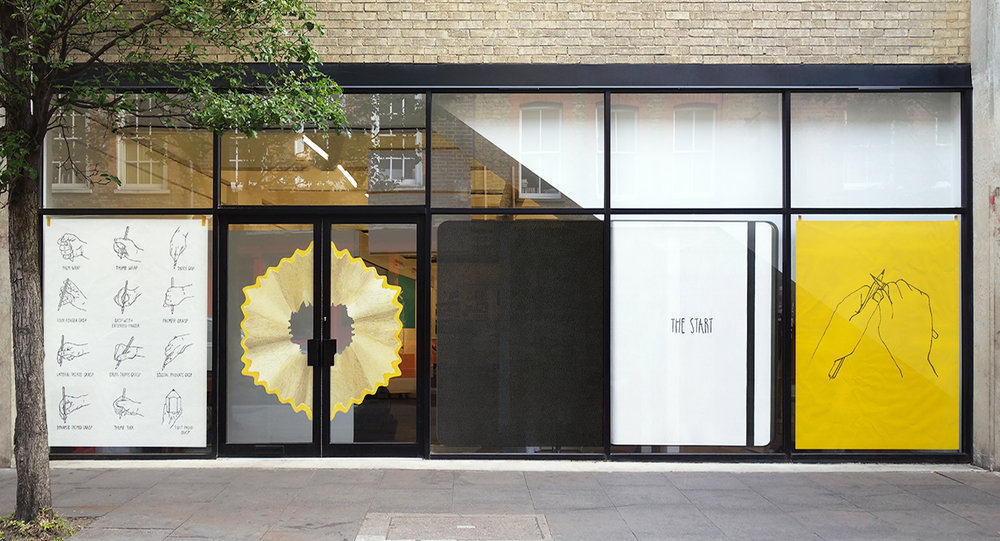 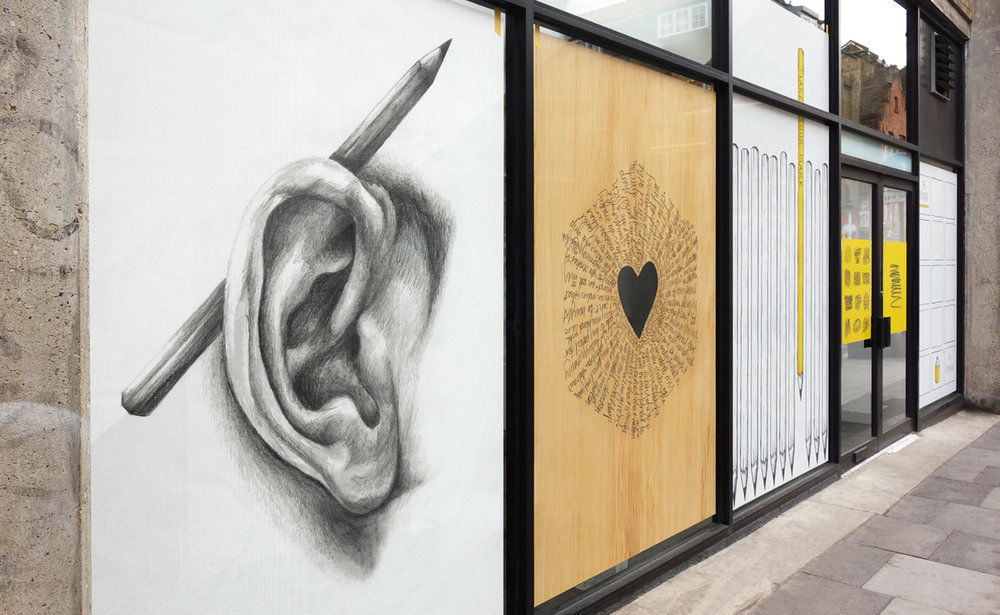 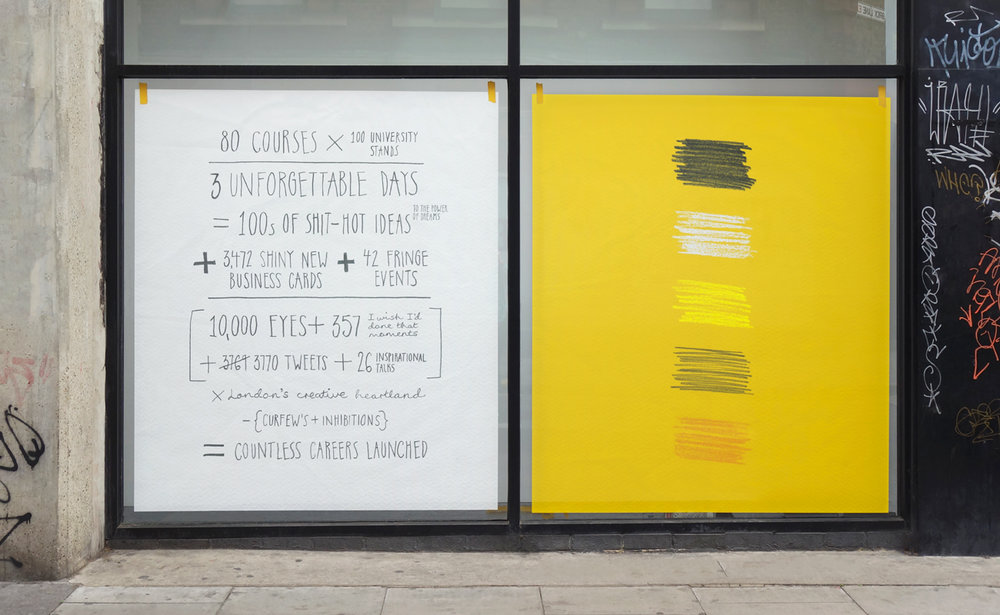 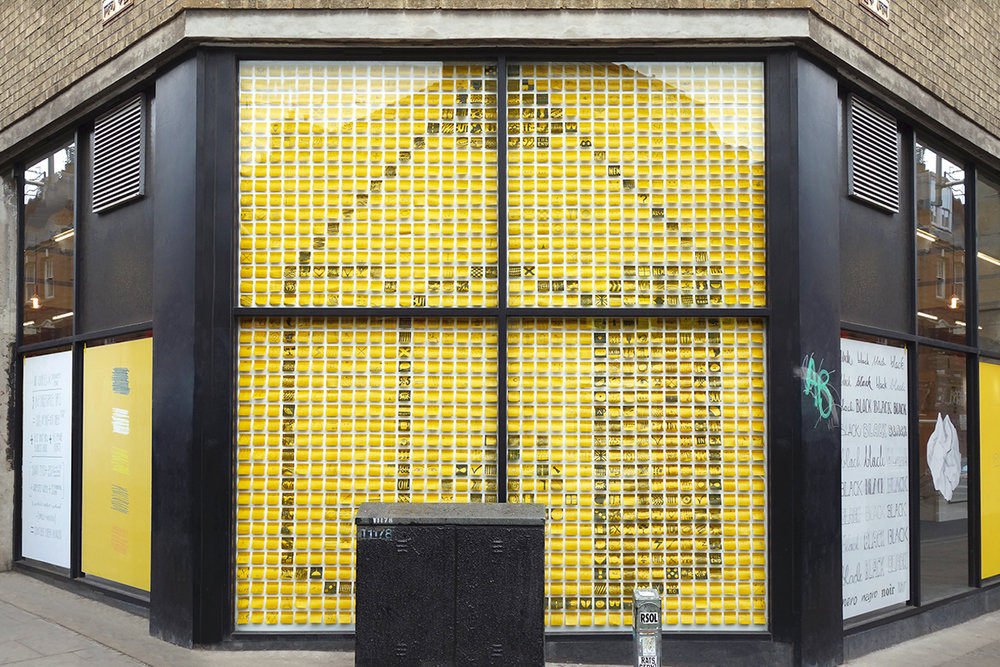 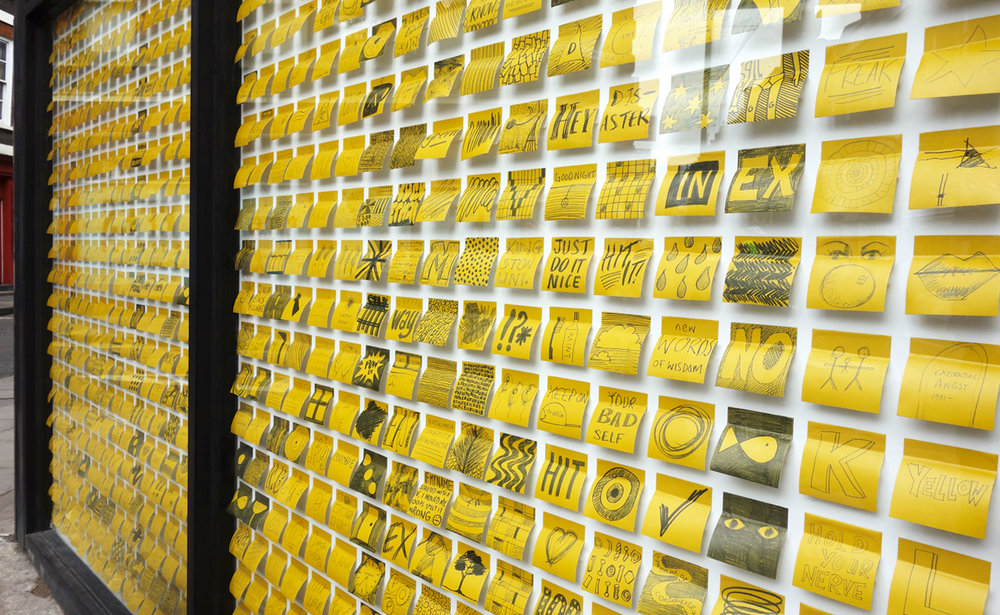 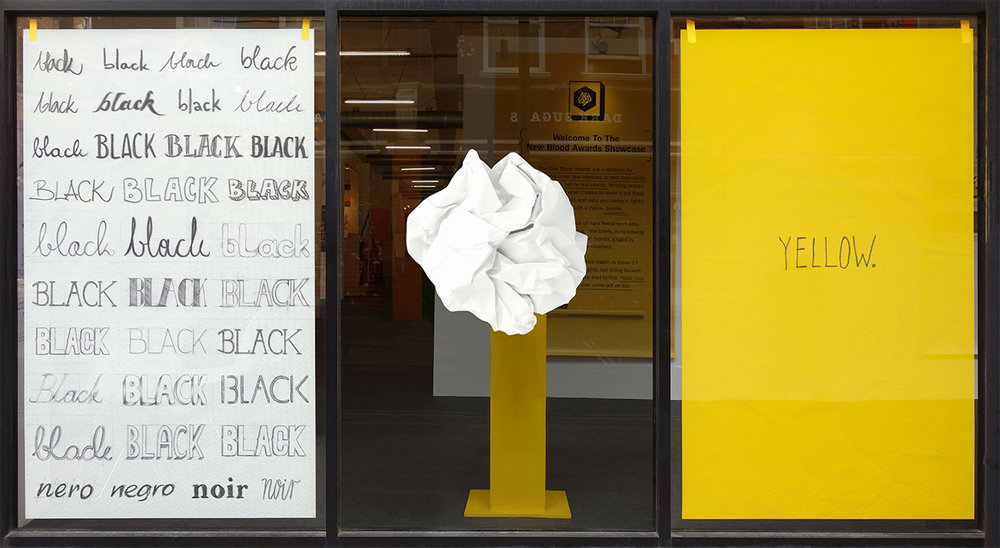 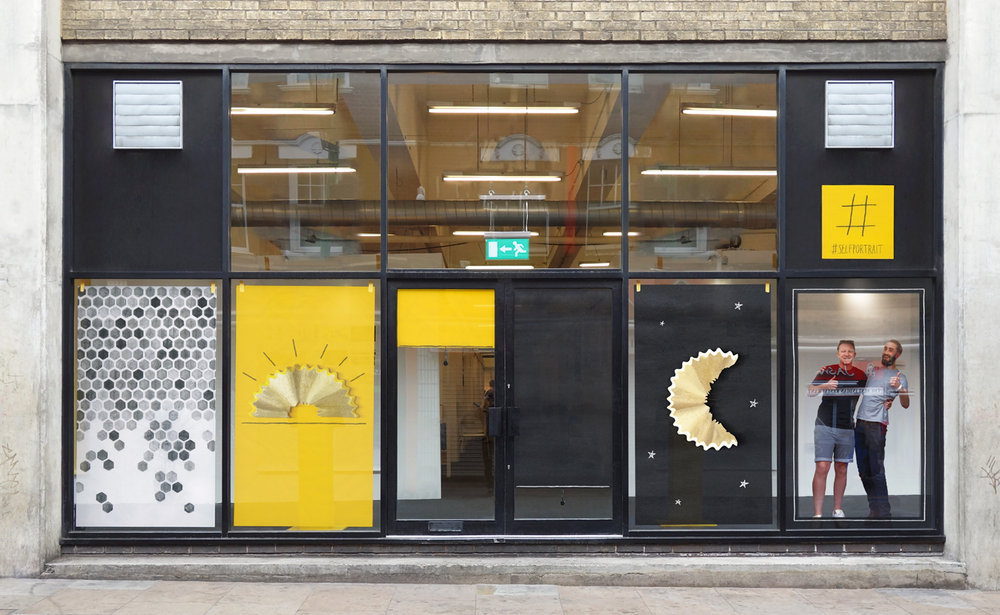 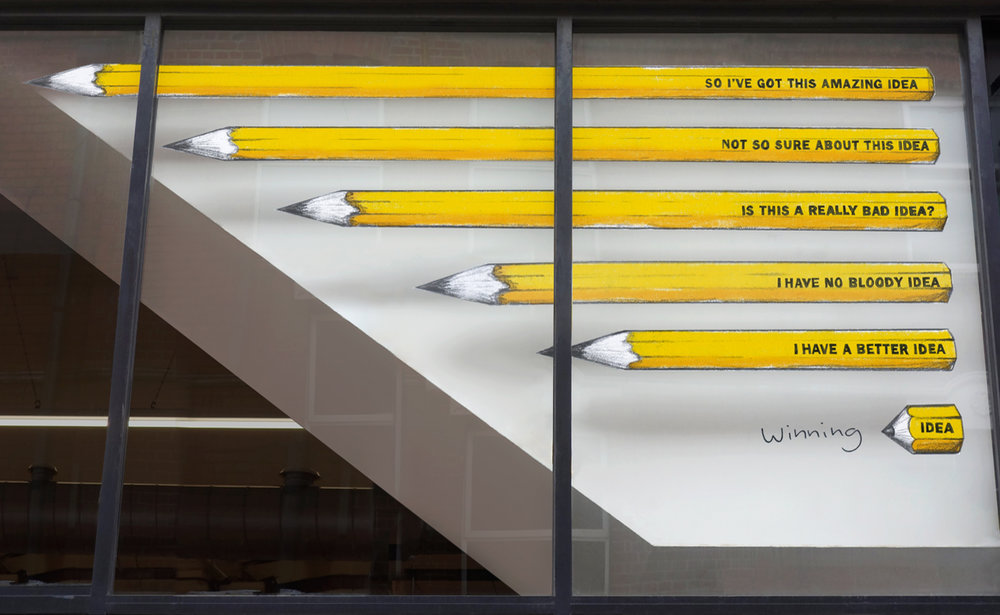 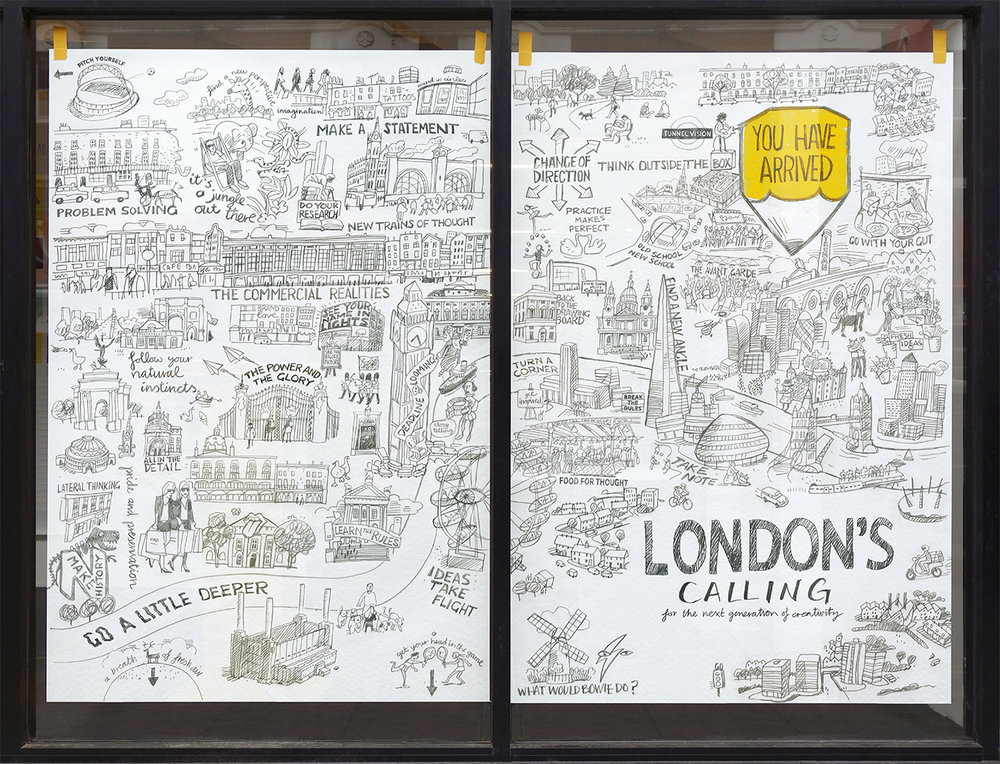 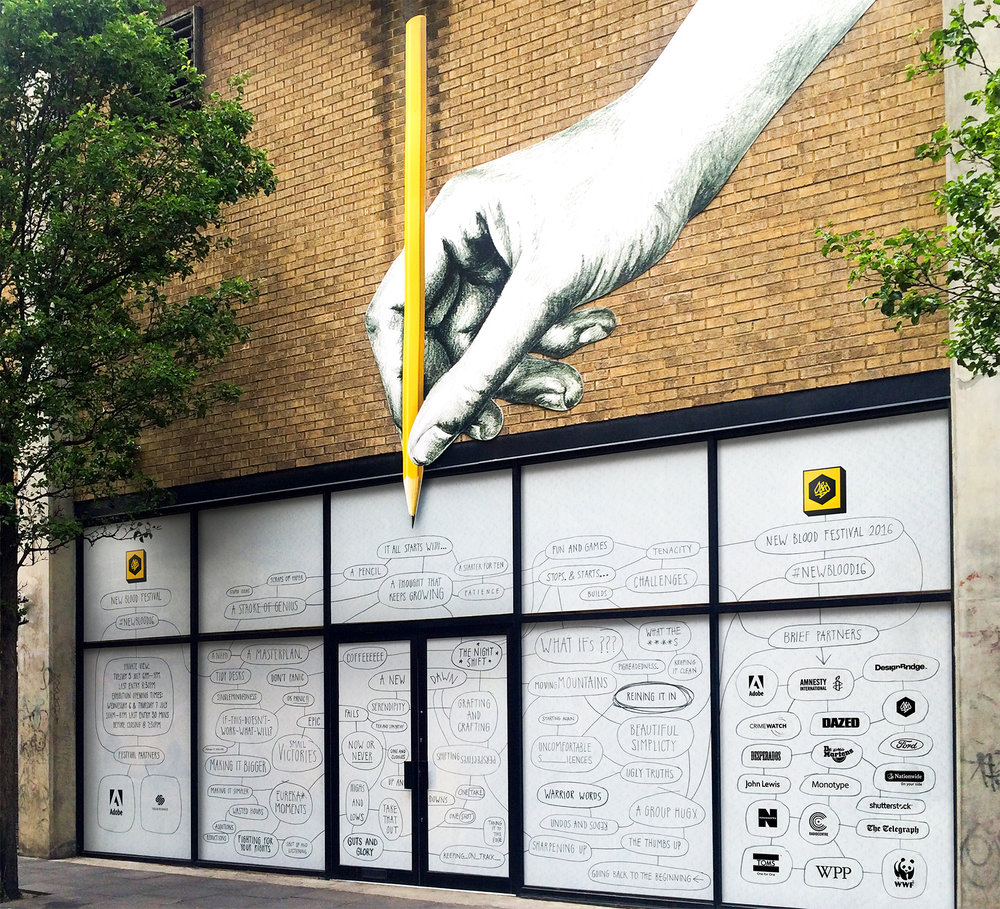 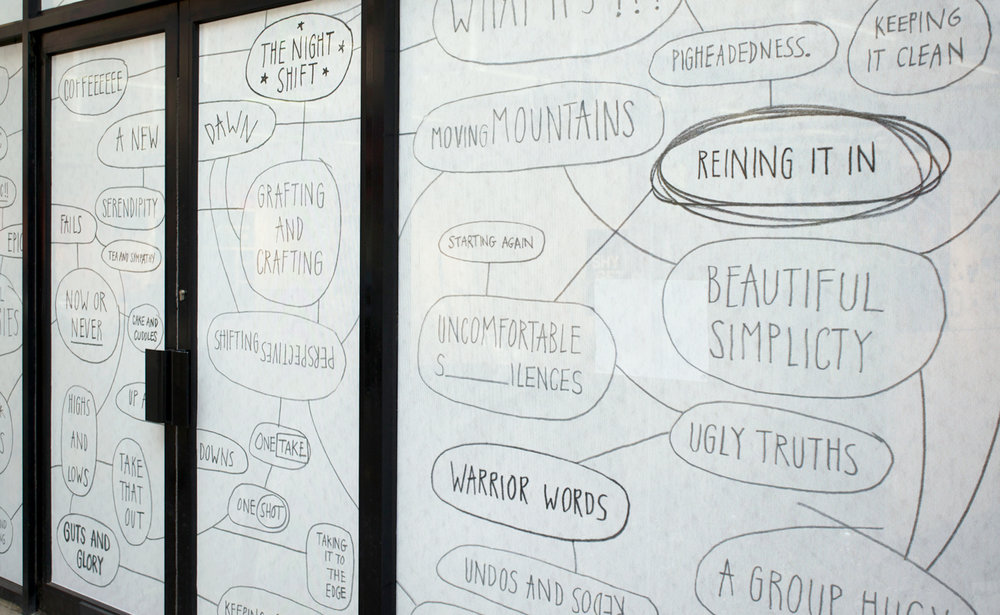 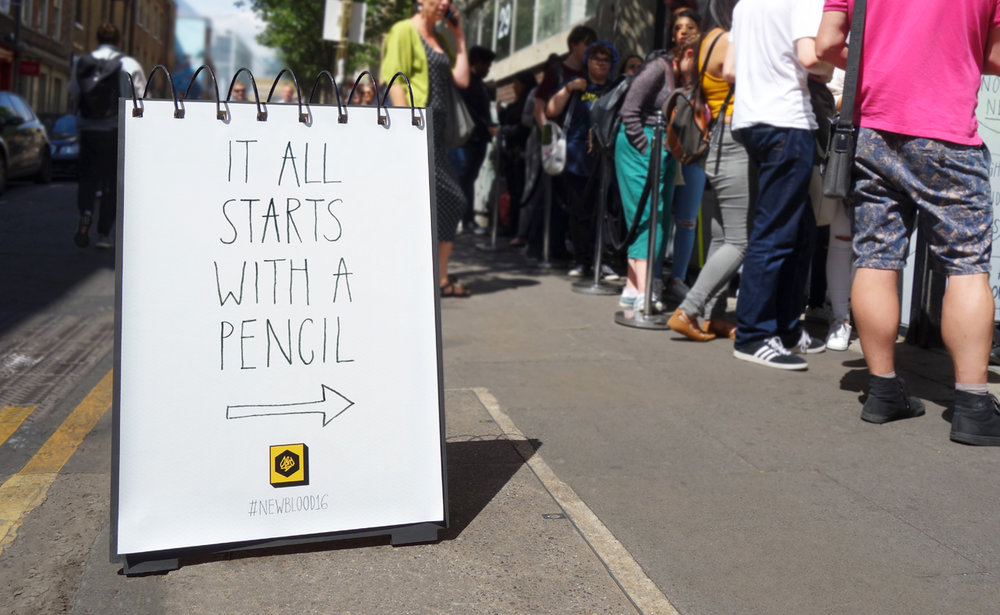 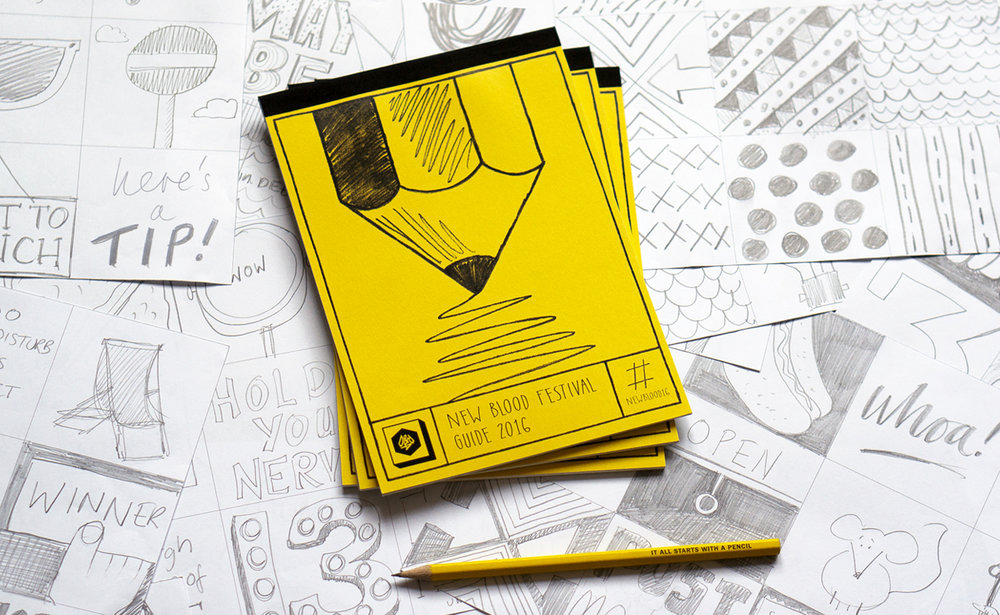 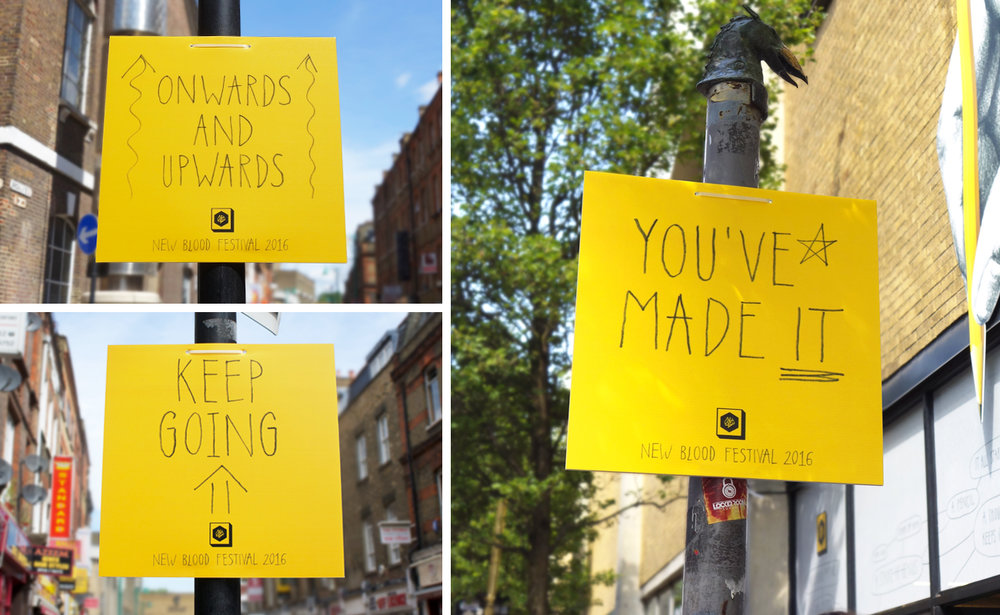 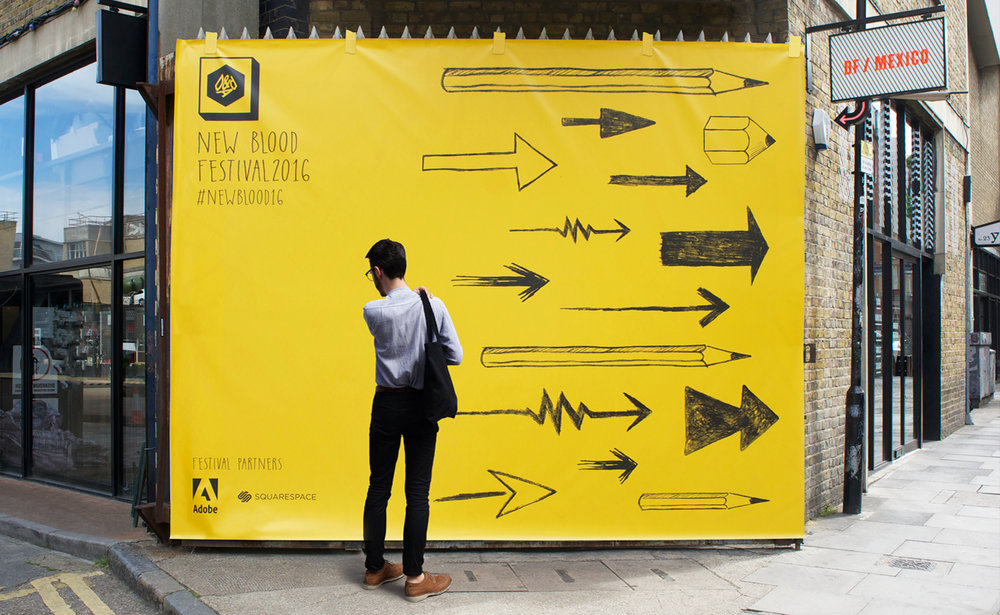 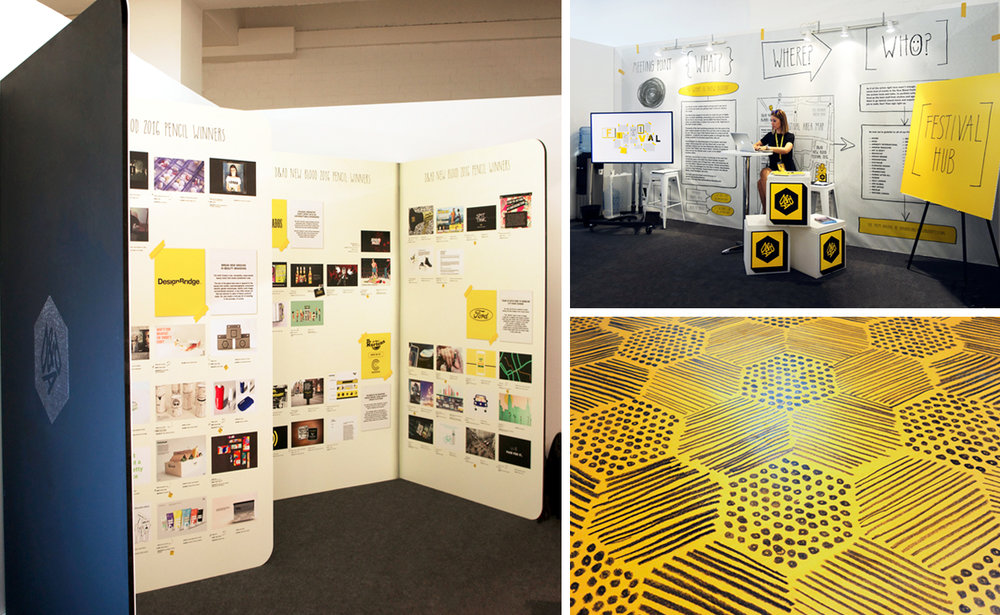 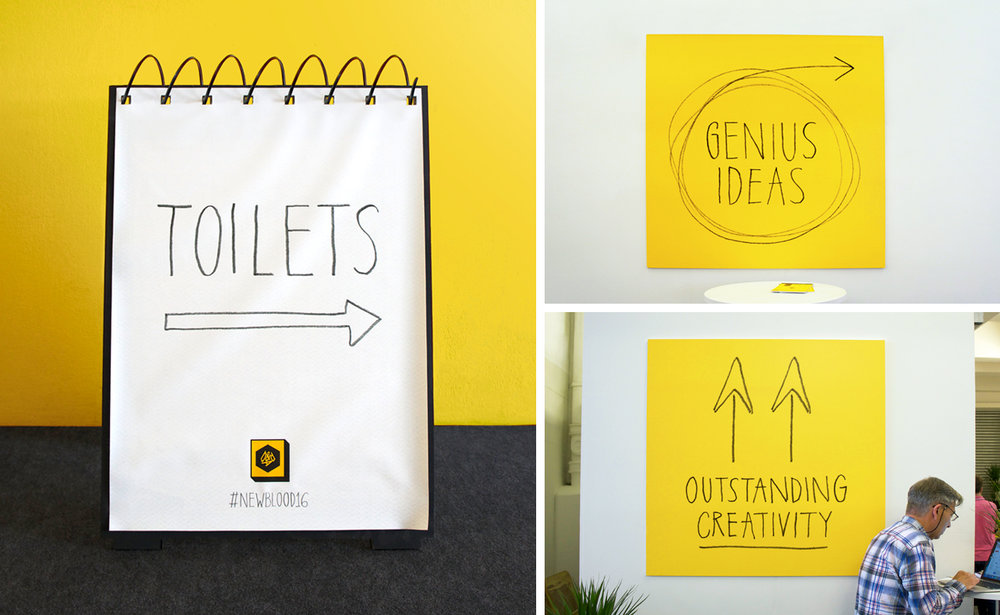 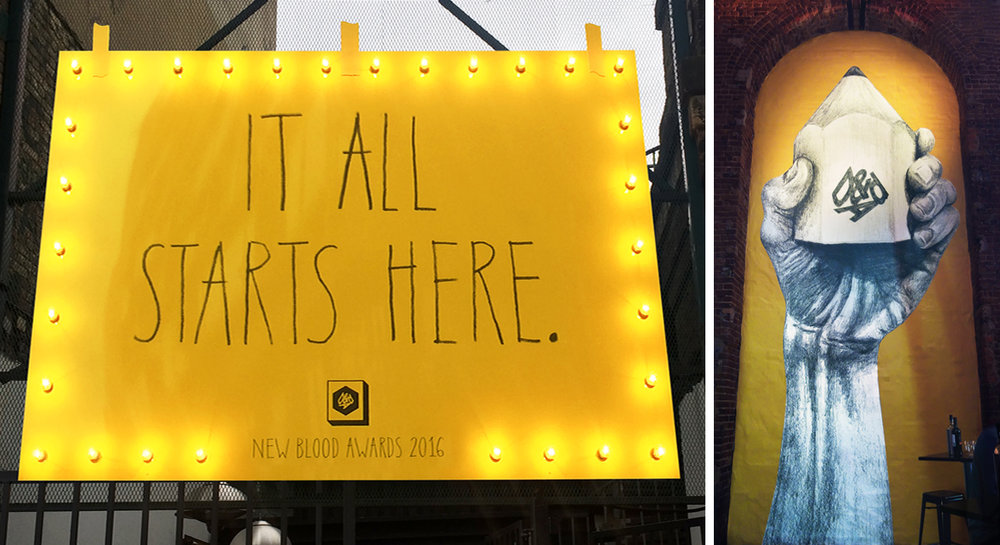