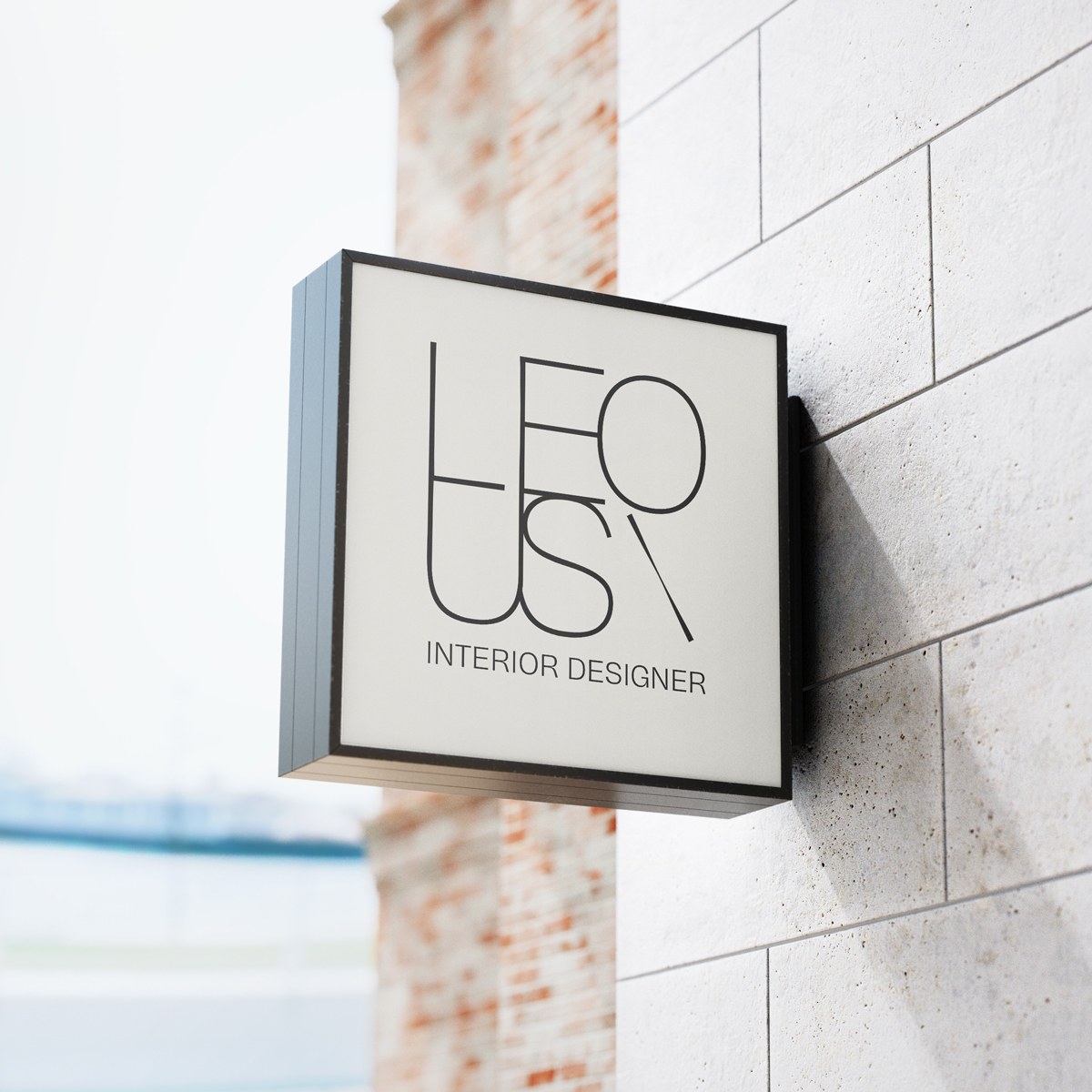 Maria Leousi is a decorator and interior designer based on the island of Aegina. In our first contact, Maria had already made some designs in the form of drafts on how she wanted her logo to be. it was clear that he had a very geometric and architectural approach to them, so it became easy for me to be led in a clear design direction.

For the logo creation I used a very special font, Hagrid from Zetafonts, which is not so minimal in character so that the corporate identity would not become rigid and hard. Nevertheless, the logo consists of the designer’s surname divided into 2 lines, creating an imaginary frame or square. An important element of the logo is the letter I which is transformed into a forward dash with distinctive indents, an element which will then be developed within the corporate identity. The forward dash will then be considered a continuation of the logo and used instead as shown in the presentation of the stickers. The same can be done respectively in the envelope or the letterhead.

The colors used are beige and black, a combination that I consider to be quite sophisticated and inextricably linked to the profession of decorator. The black color brings a modern, up-to-date and bold character, while the beige gives the carefree, elegance and a more fluid feeling. The reason I did not expand in terms of colors is to let the statement logo dominate the design with its character and lines. The same goes for typography.

Overall, I wanted Maria Leousi’s corporate identity to exude minimalism, with elements of playfulness and interest, while delivering a classic feel that contrasts with a more modern font and design. For the most part, Danish interior design inspired me a lot in terms of the overall feel and that’s why I chose corresponding photos to accompany the presentation. Finally, throughout the presentation there is a texture in the background which could be wall or paper texture, to give a more tangible feel to the whole corporate identity. This is the outcome. 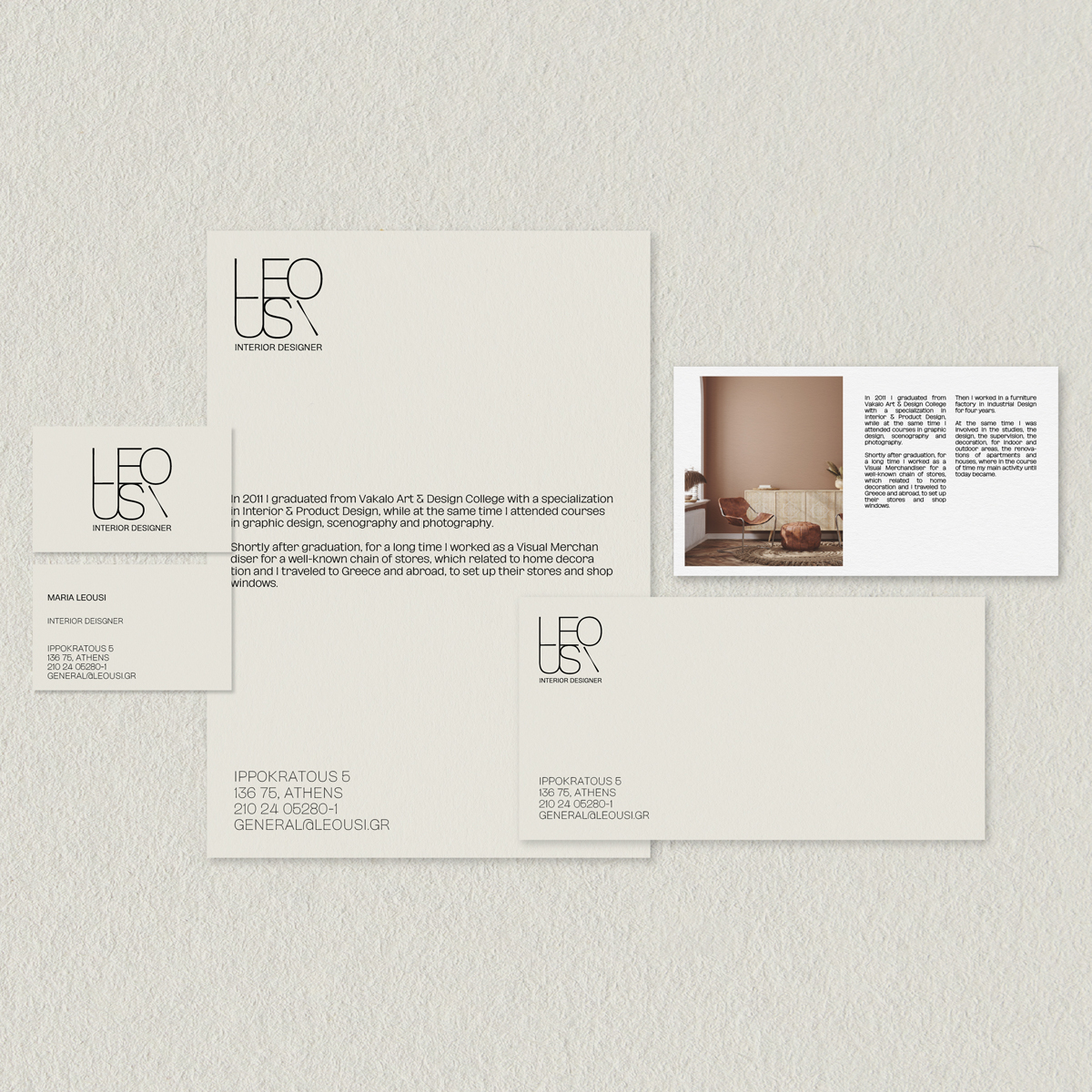 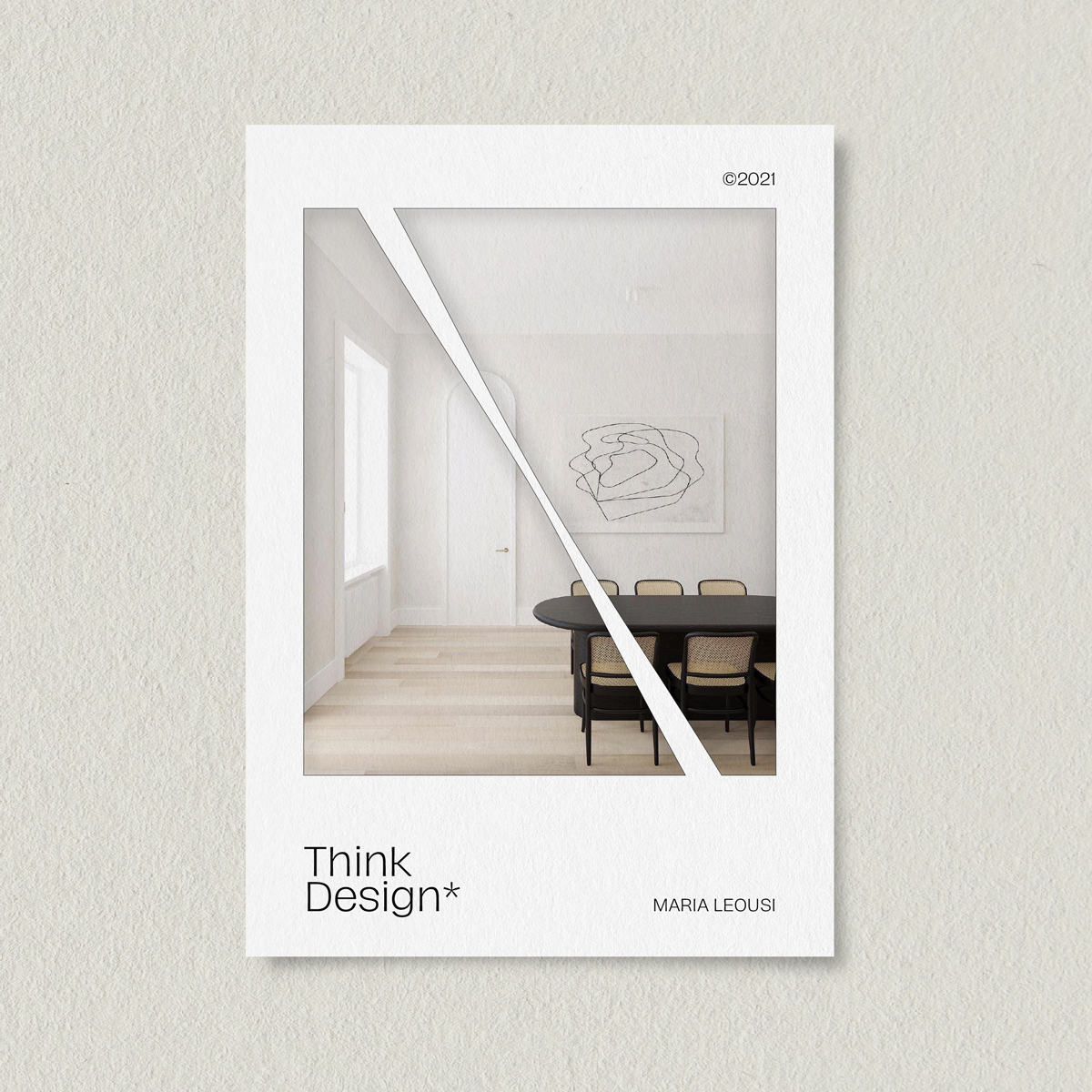 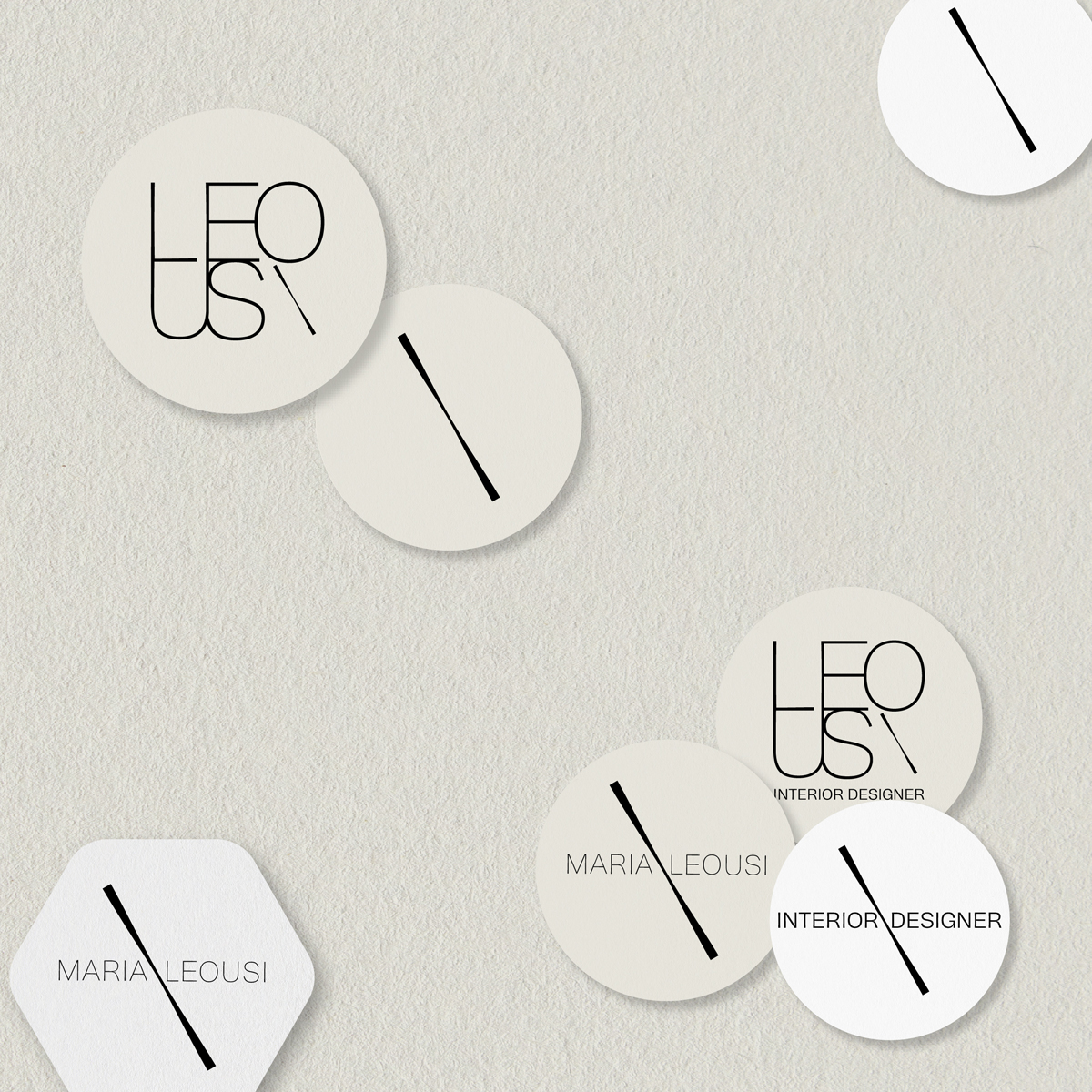