Identity of the «Ognivo» Puppet Theater 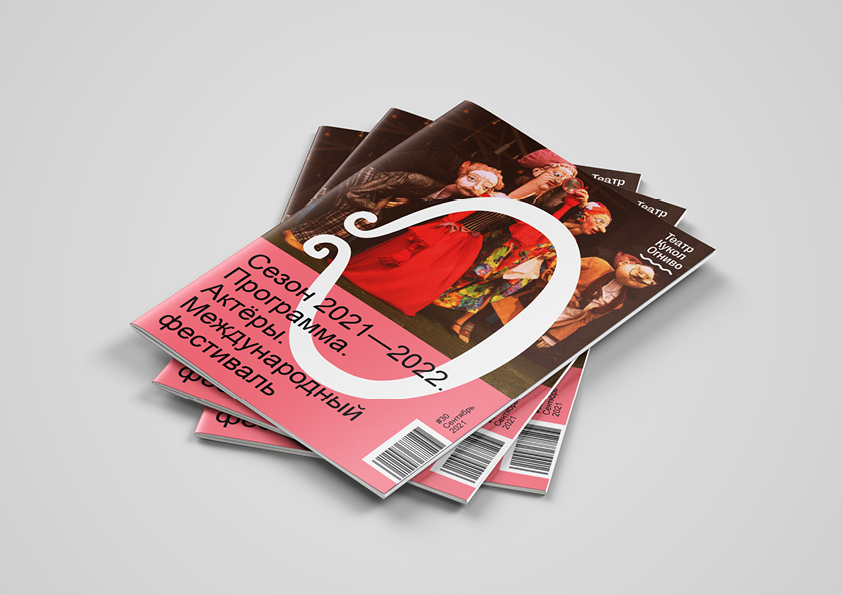 The aim of this work was to develop a visual identification system for the Ognivo puppet theater in Mytishchi, Moscow region. Build visual communication on the basis of this system.
Despite a number of unique advantages, «Ognivo» did not have its own recognizable style and needed it. One of the features of the theater is its repertoire, which is divided into performances for both children and adults. Moreover, over the past 10 years, the emphasis has been placed primarily on the adult audience. Therefore, when developing the concept, it was necessary to take this into account in order to popularize the theater among the adult audience. The second task was to make it more visible in the general theatrical environment. The third task is to attract new viewers. The fourth task was to announce the anniversary in advance.
Therefore, the concept was based on the visual image of a flint, thanks to which magic was created in the fairy tale of the same name by Hans Christian Andersen.
The traditional 19th century flint consisted of flint, tinder, and armchairs. Which in its shape resembles the letter «O» – the capital letter in the name of the theater. And the whole style is built around the resulting sign. The choice of the main color is due to the fact that the theater building has this color.
The result is a graphic style that takes into account all the features of the theater. The resulting identity is flexible, thanks to which it works on all types of media: from city posters to social networks and a variety of merchandise. 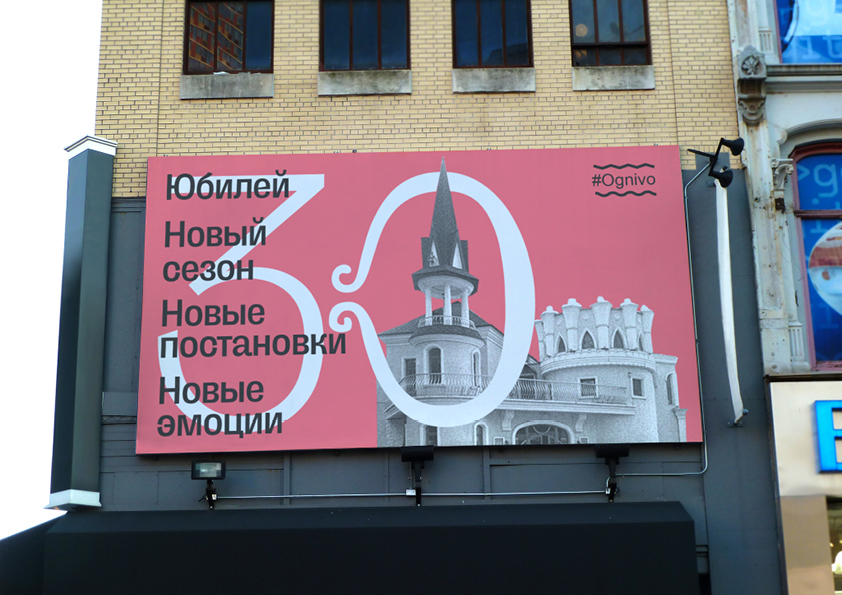 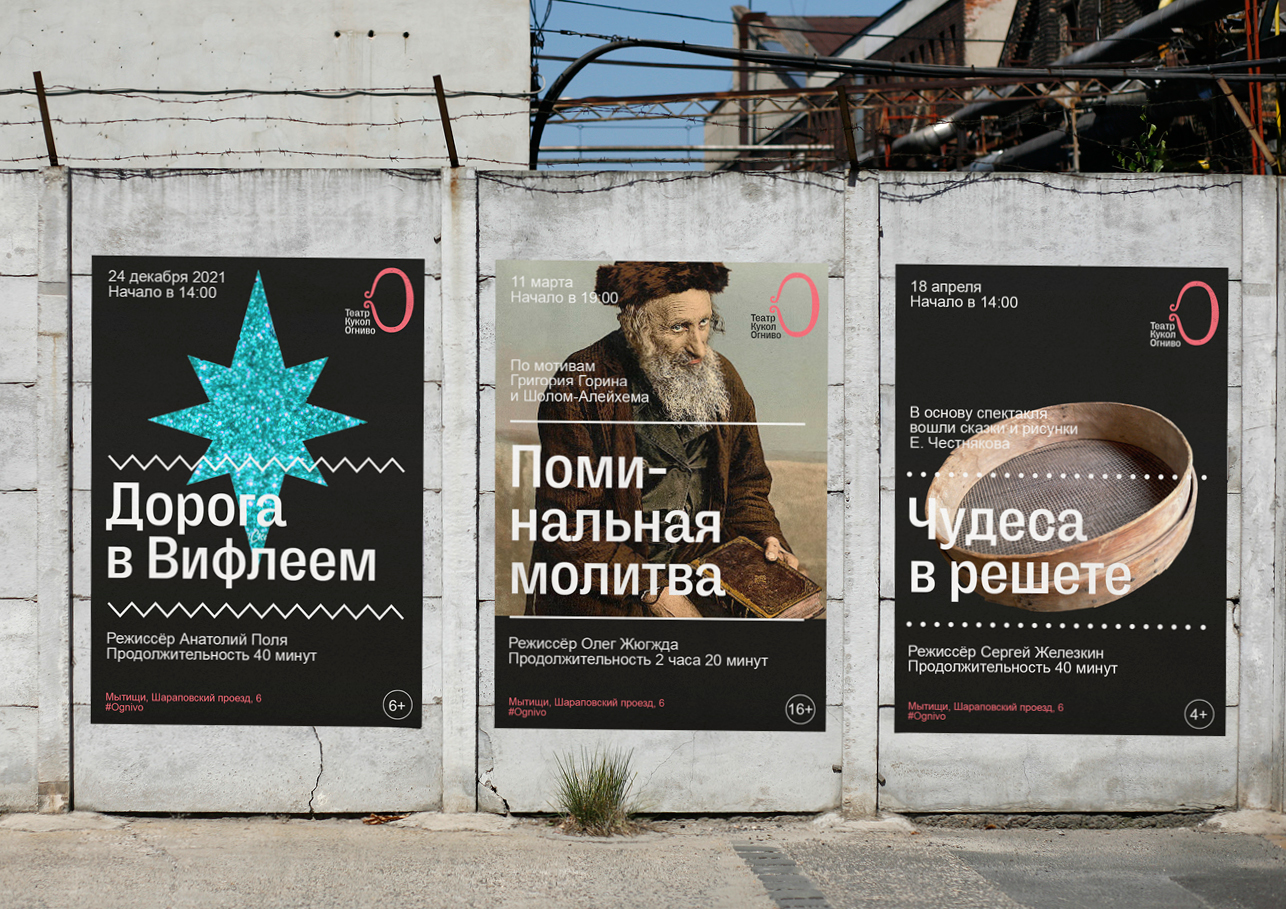 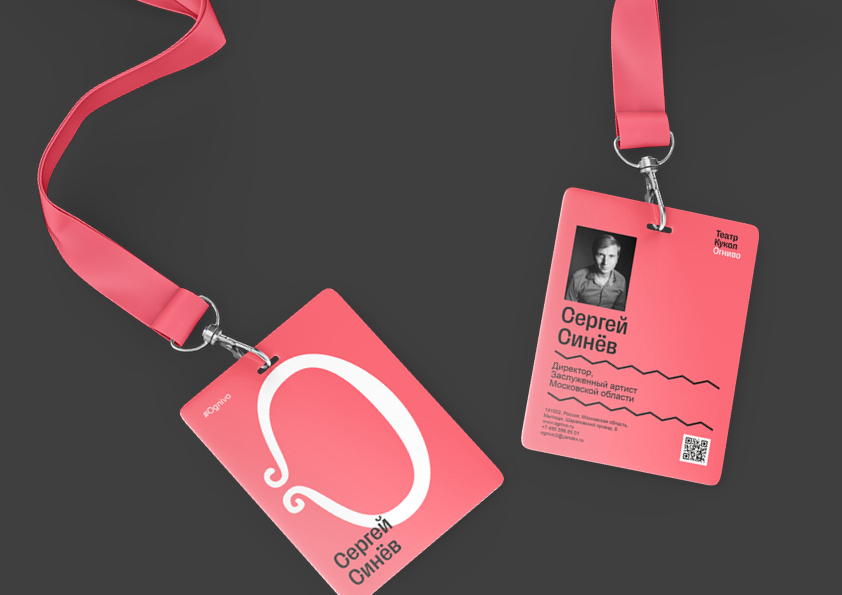 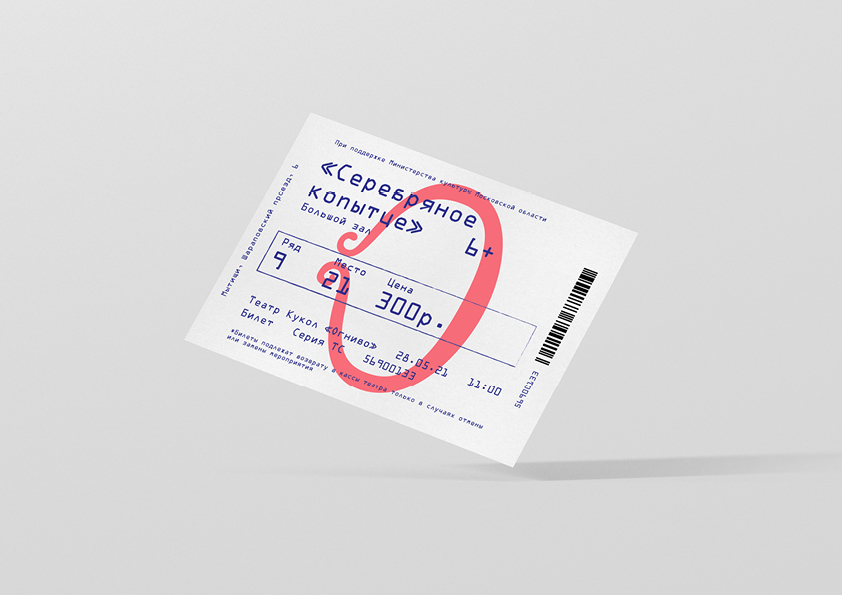 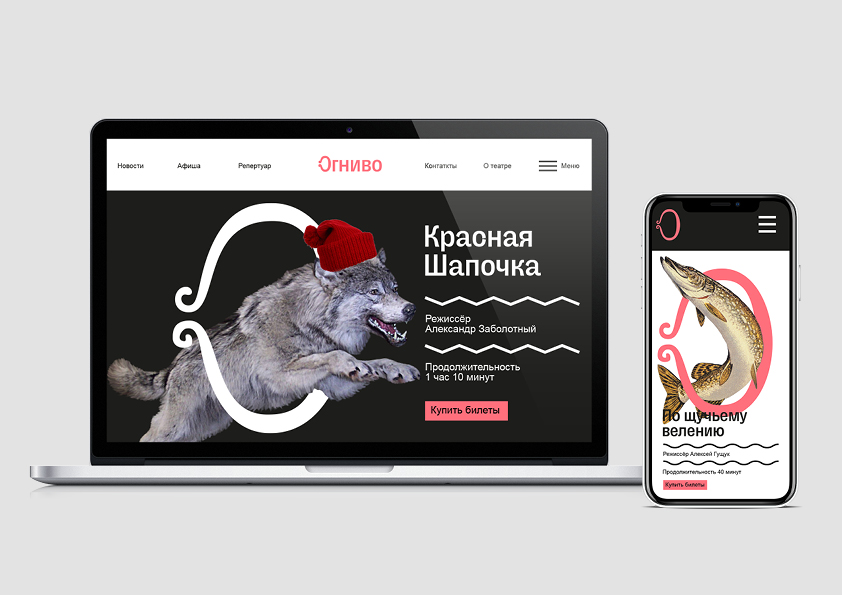 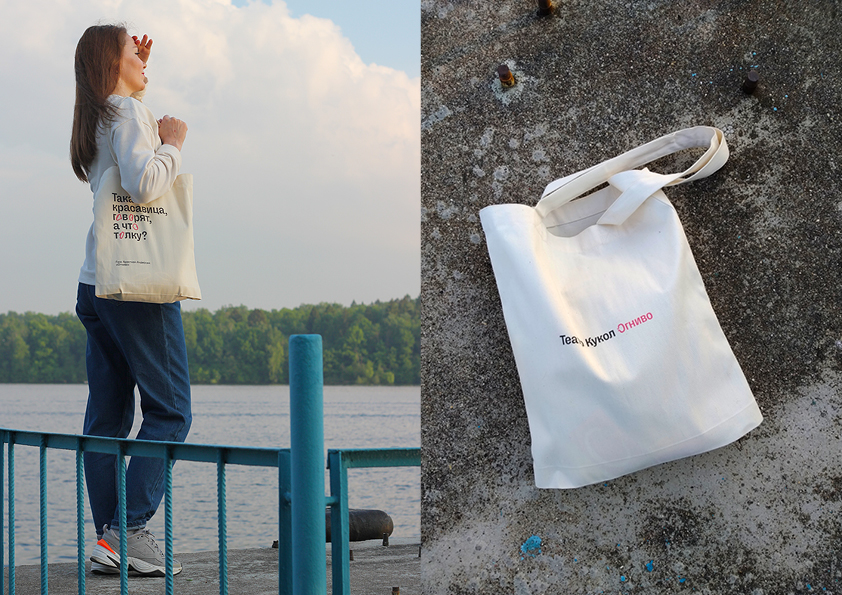