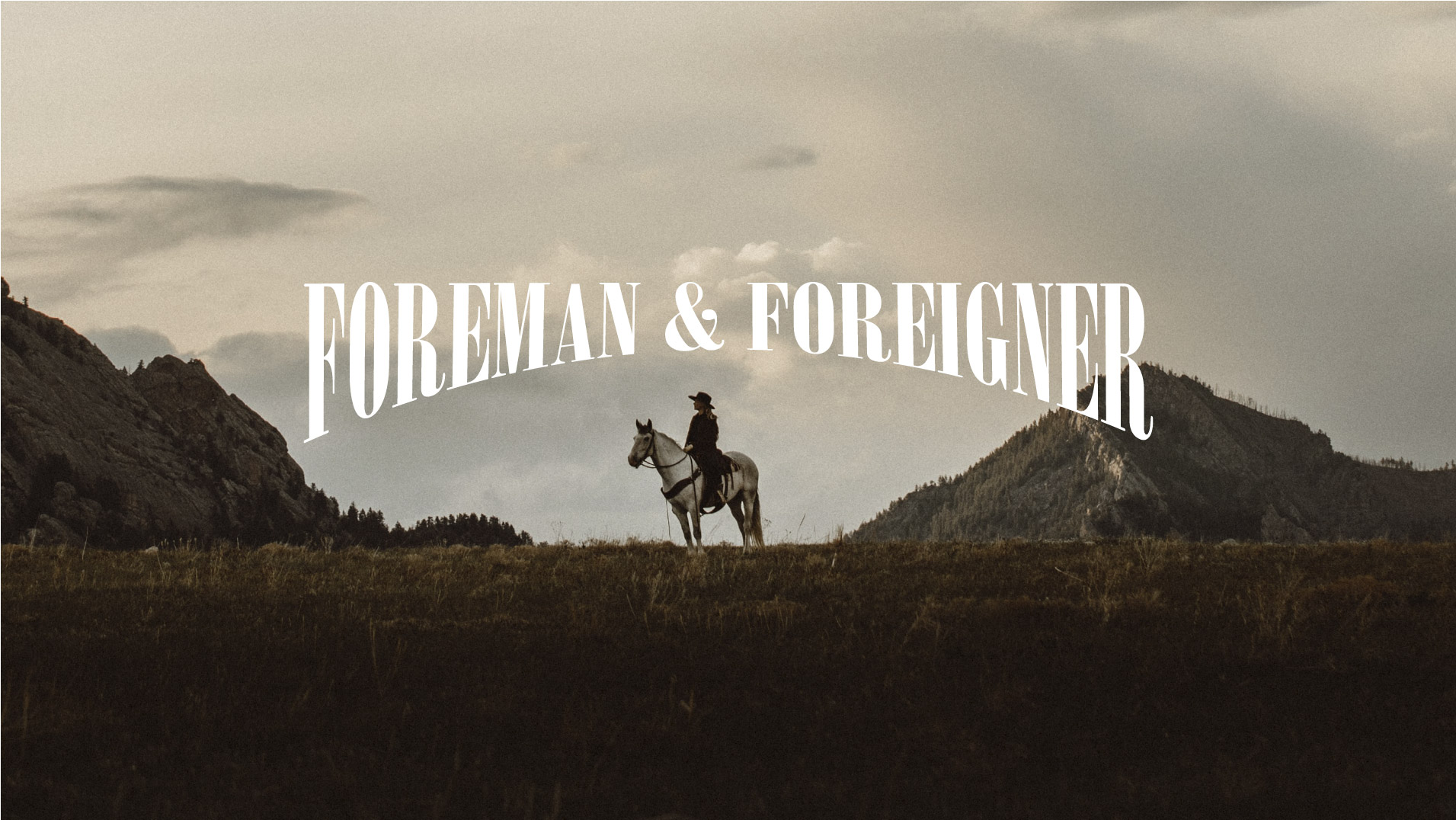 Foreman & Foreigner is a classic desert story where the Bandidos become friends through a drink that brings them together. Fasson Paper Watermark 120 FSC was the indicated paper for this project since it is intended to generate an extremely clean visual spectrum through a highly detailed label with little colour. We enhance some elements as an insignia by means of a Watermark Effect Hot Stamping and Hot Foil Kurz 355 that reminds us of the old West and helps us to generate a label with a solid concept worthy of a Bourbon
Bourbon whiskey or Bourbon whiskey is a distilled beverage from the whiskey family exclusive to the United States that is characterized by being slightly aromatic and with a caramel flavor.

According to US legislation, it must be made from corn, in a concentration between 50 and 70%, the most widespread percentage. Other added ingredients are malted wheat, rye or barley.

There are no legal requirements for this minimum period and that the final product be called bourbon, but to call it pure bourbon it must have been aged for a minimum of two years. In addition, any bourbon aged less than 4 years must notify the specific period on the label. As a general rule, bourbon is matured for a period of 5 years in oak barrels, which can be new and/or toasted.

The name of the distilled beverage comes from the place in the United States where it is originally produced, Bourbon County (Kentucky), which, in turn, takes its name from the House of Bourbon. Bourbon can be legally made anywhere in the United States since legal production is not restricted to the outskirts of Kentucky, despite the fact that the drink is closely associated with the distilling communities in that area of ​​the South region of the United States. country.1 It is known, for example, that Illinois once produced more bourbon whiskey than Kentucky, and bourbon continues to be a favorable element in Virginia’s economy. In the past, it has been made in Pennsylvania, Indiana, Ohio, Tennessee, Missouri, and Kansas.

The town of Fort Harrod (now called Harrodsburg) was founded in 1774. Residents planted corn and over the years could reap huge crops. Due to the orography it was not easy to export the surplus, so whiskey began to be produced.Foreman & Foreigner tells the story of a bandit and a sherif that went into an armed robbery in some desert in Mexico. For some strange reason they commit the same robberies in the same area. Foreman ends up chasing Foreigner, they meet and after a series of awful words they end up sharing a bottle of Mexican Bourbon, Bourbon from some hidden desert.
It has often been written that many of the original bourbon distilleries were located in and around Pennsylvania and that these were forced to migrate due to tax pressure and taxes and that this event occurred during and after the Whiskey Rebellion, but this detail today is controversial among scholarly experts.

A refinement in the production of bourbon is generally granted to James C. Crow as the first to use the sour mash process, whereby each new fermentation is conditioned by the amount of corn mash used, which which allows a high degree of control over whiskey production. The acid introduced through the sour must controls the growth of bacteria and creates a balanced pH that allows the yeasts to work. As early as 2005, all straight bourbons used the sour mash process. Dr. Crow made his invention while working with the Old Oscar Pepper Distillery (now Woodford Reserve Distillery) in Woodford County, Kentucky. (The remainder of the acid must used ends up as animal feed.)

A resolution of the US Congress made in 1964 declared bourbon as a “distinctive product of the United States”34 The resolution delegated to the justice that “the appropriate ones of the Government of the United States be investigated. .. so that appropriate action be taken to prohibit the importation into the United States of whiskey designated “‘Bourbon Whiskey'”. produced in the United States.6 In some states there are popular stories (no foundation has yet been found) about the origin of bourbon, one of which mentions the possible inventor, who may have been Baptist minister and distiller Elijah Craig. in Kentucky he tends to name his most popular character as the “real” inventor of bourbon. 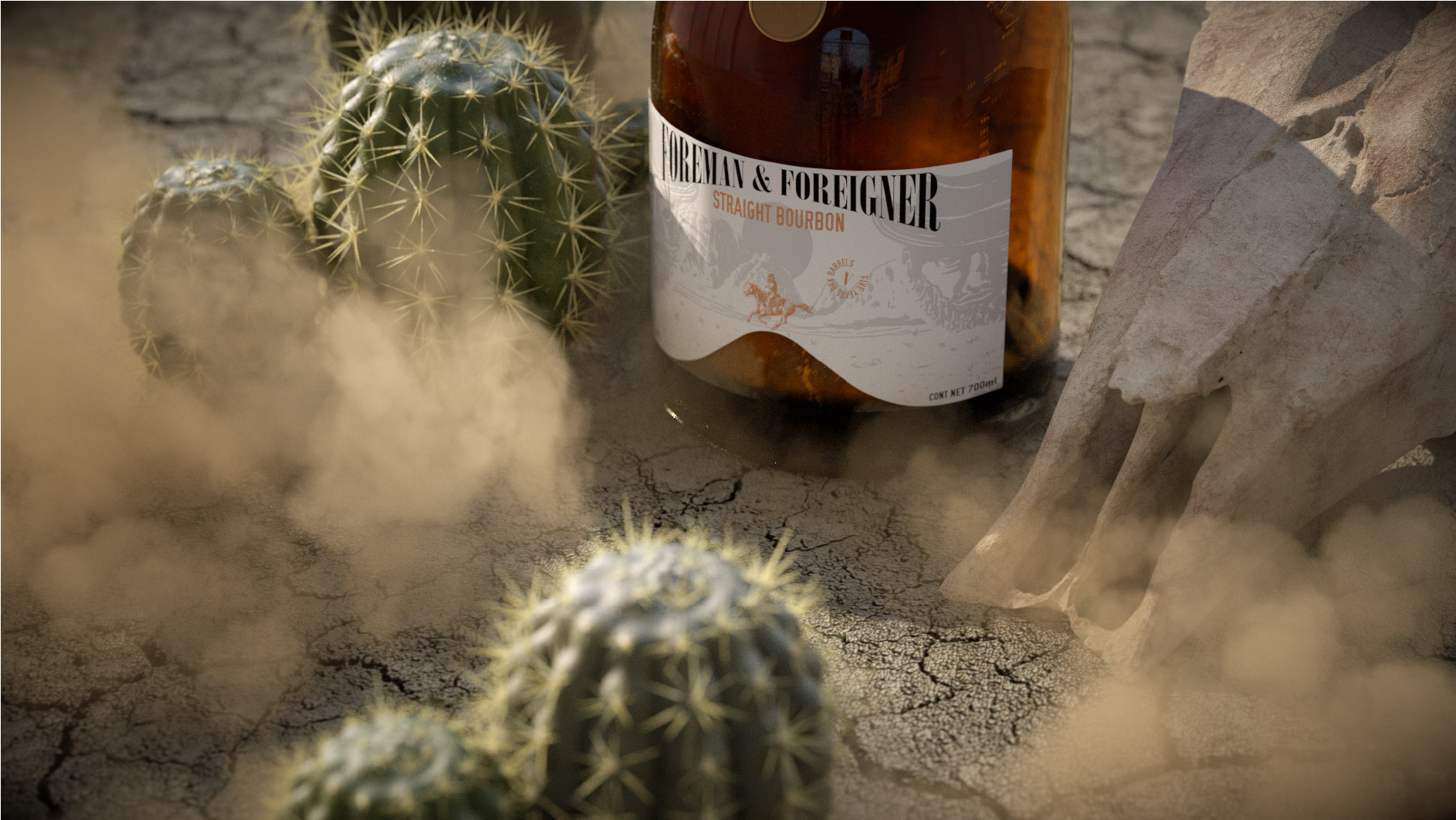 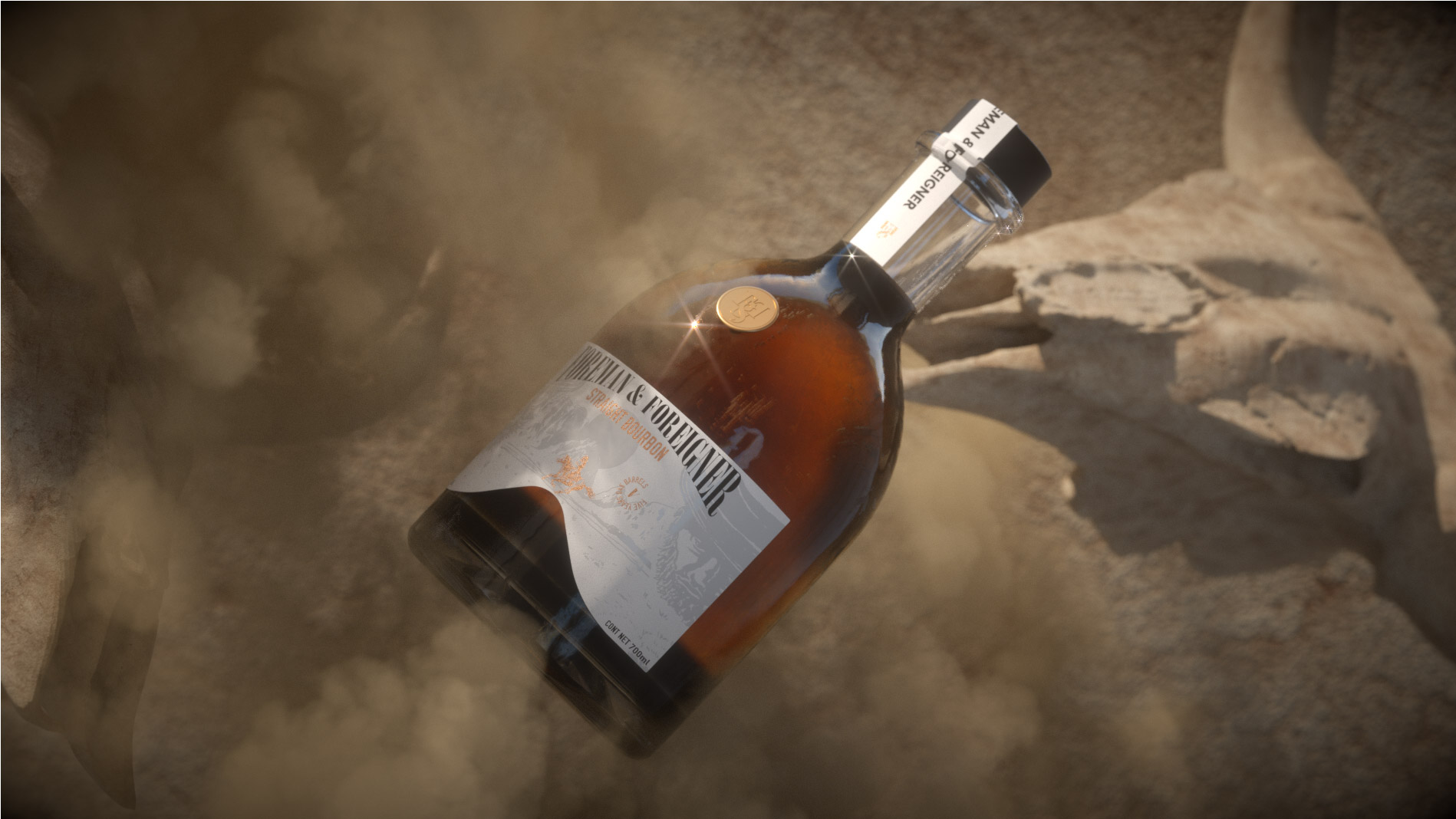 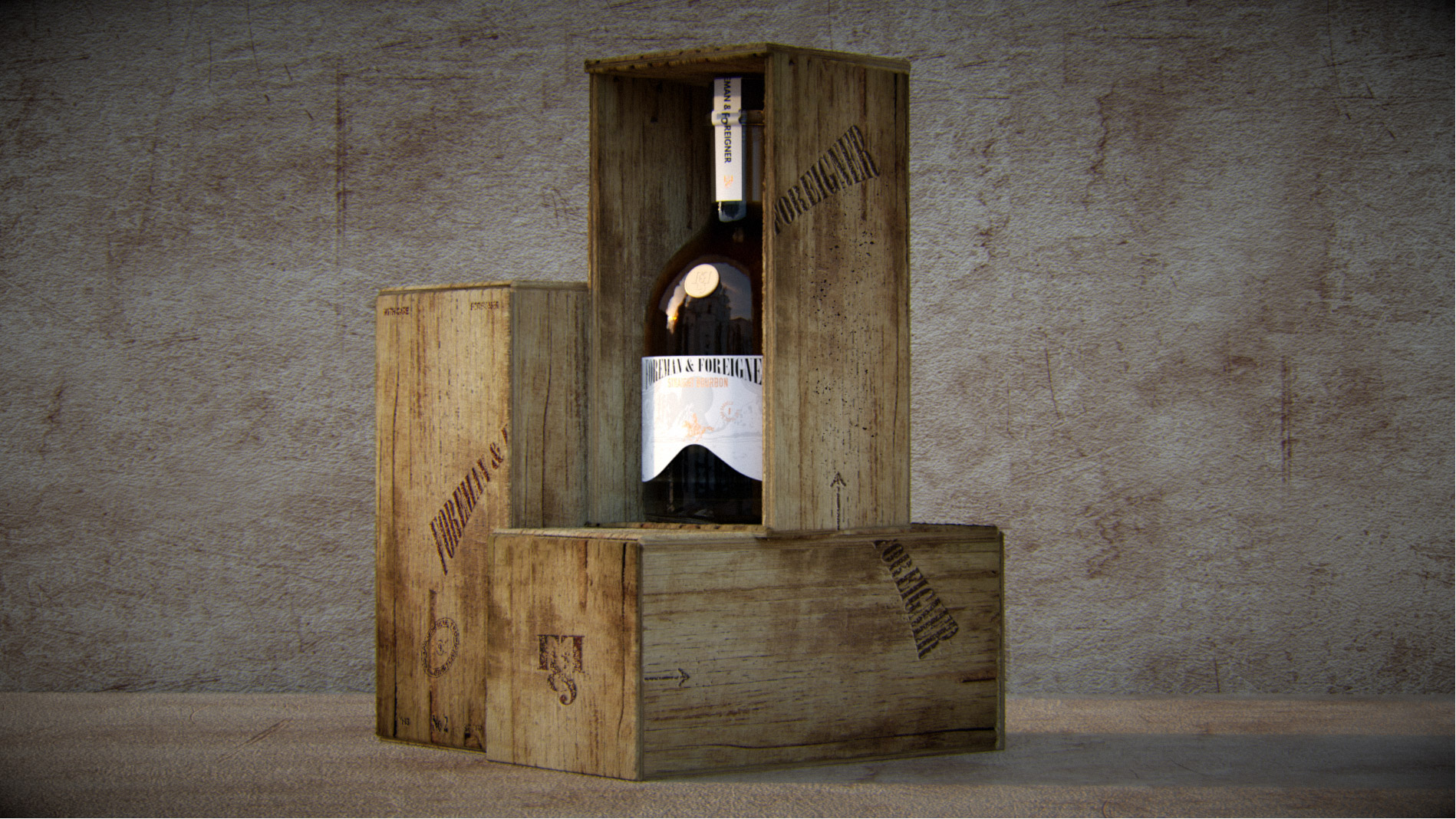 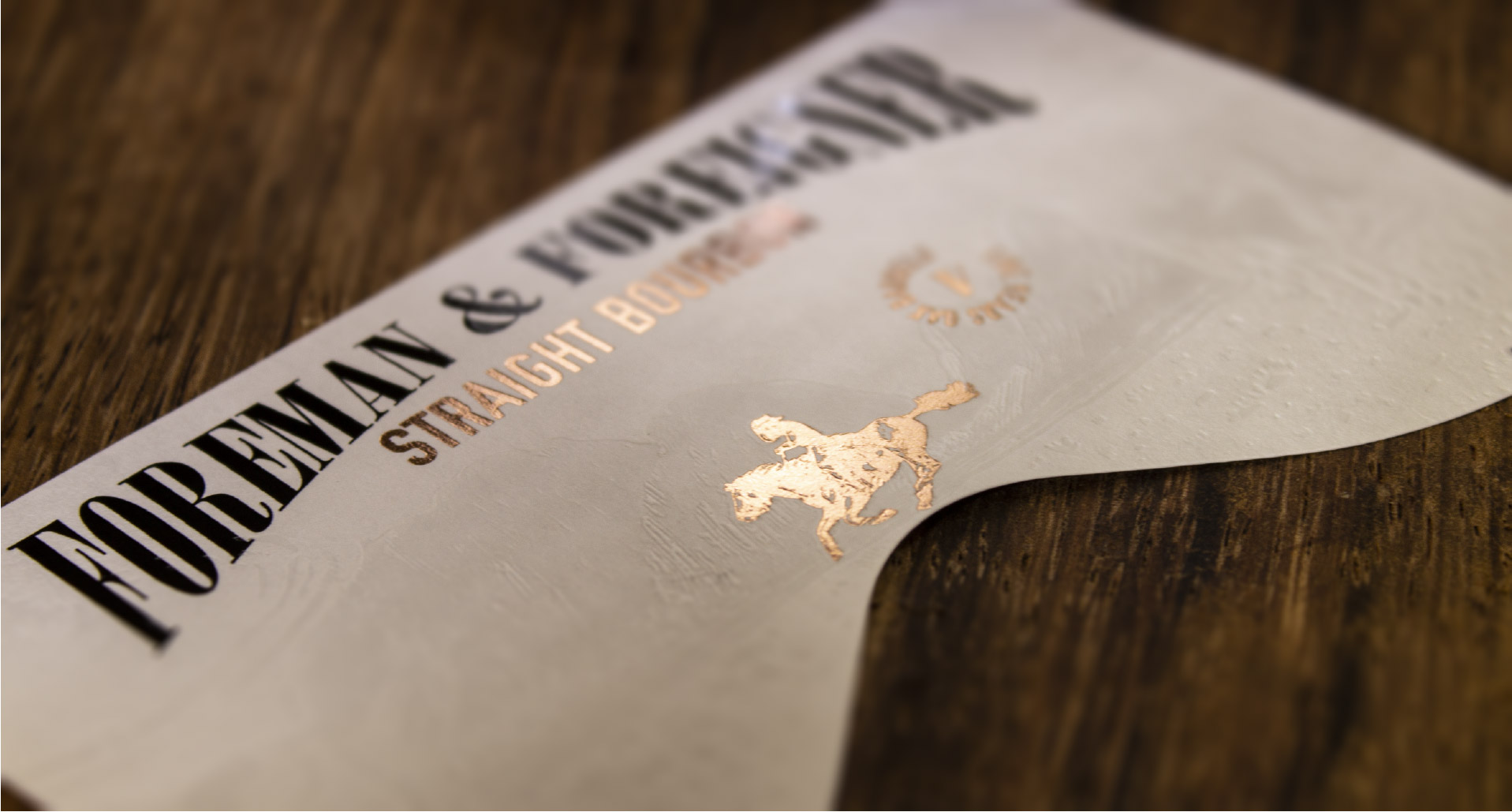 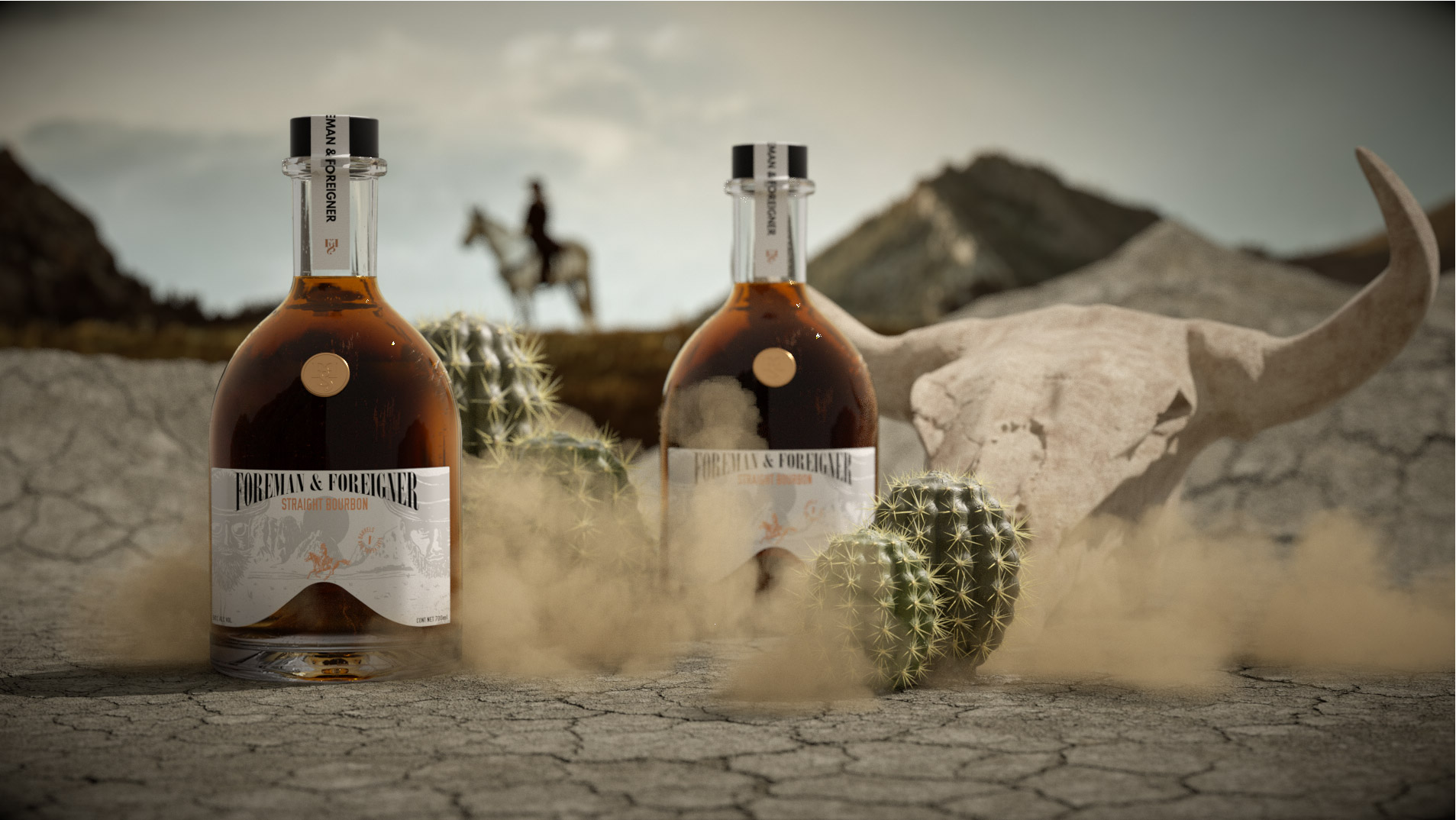 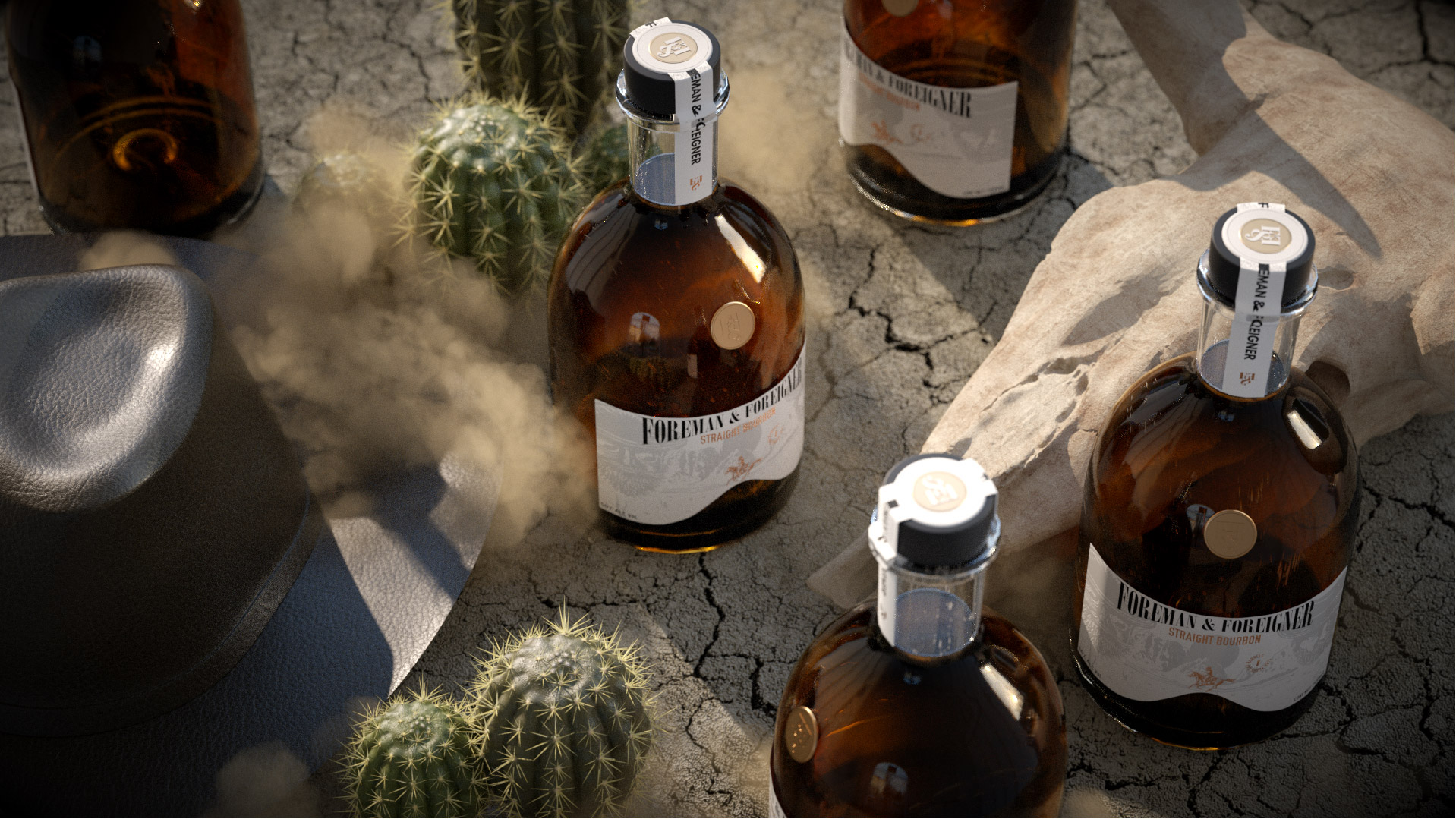 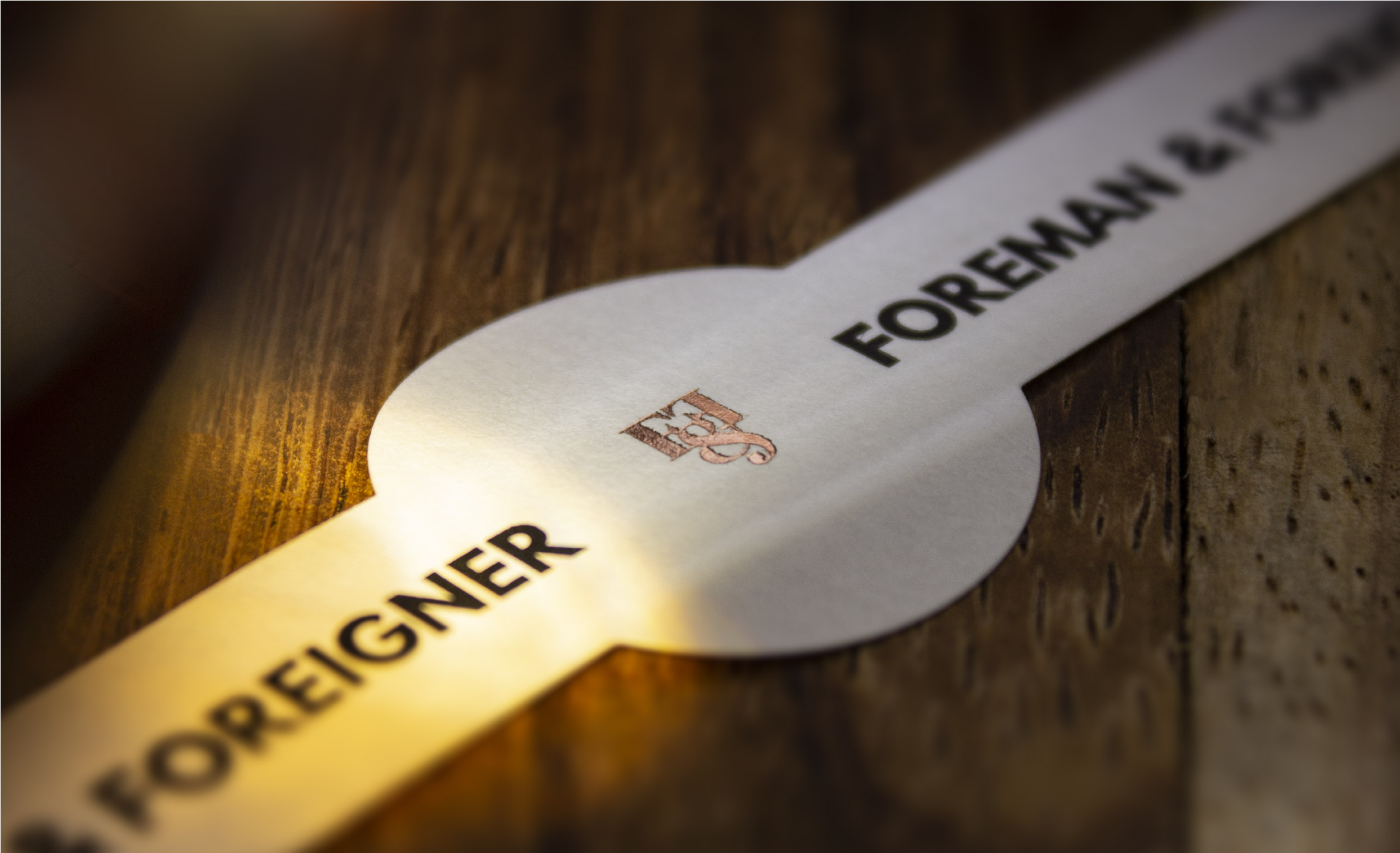 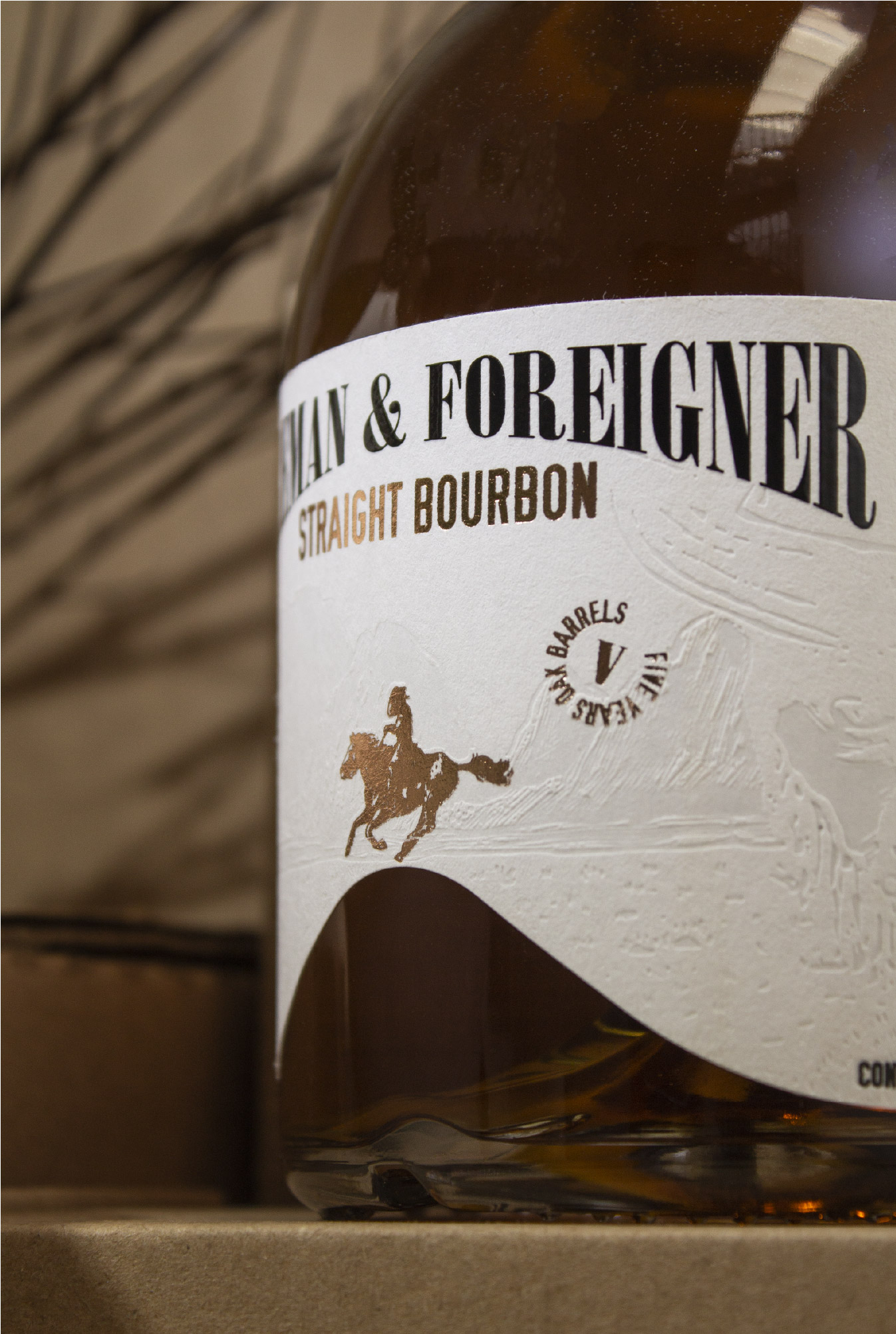 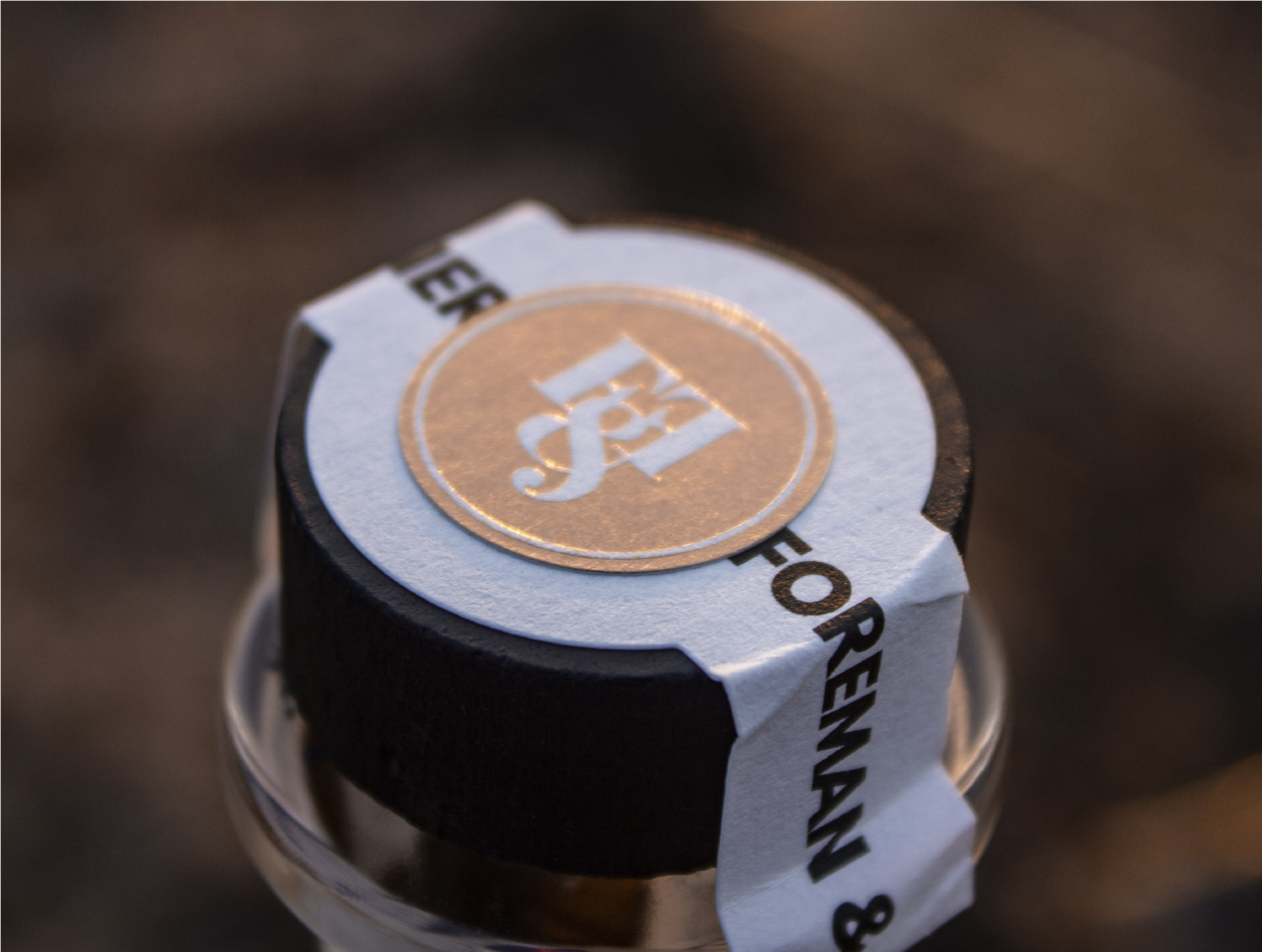