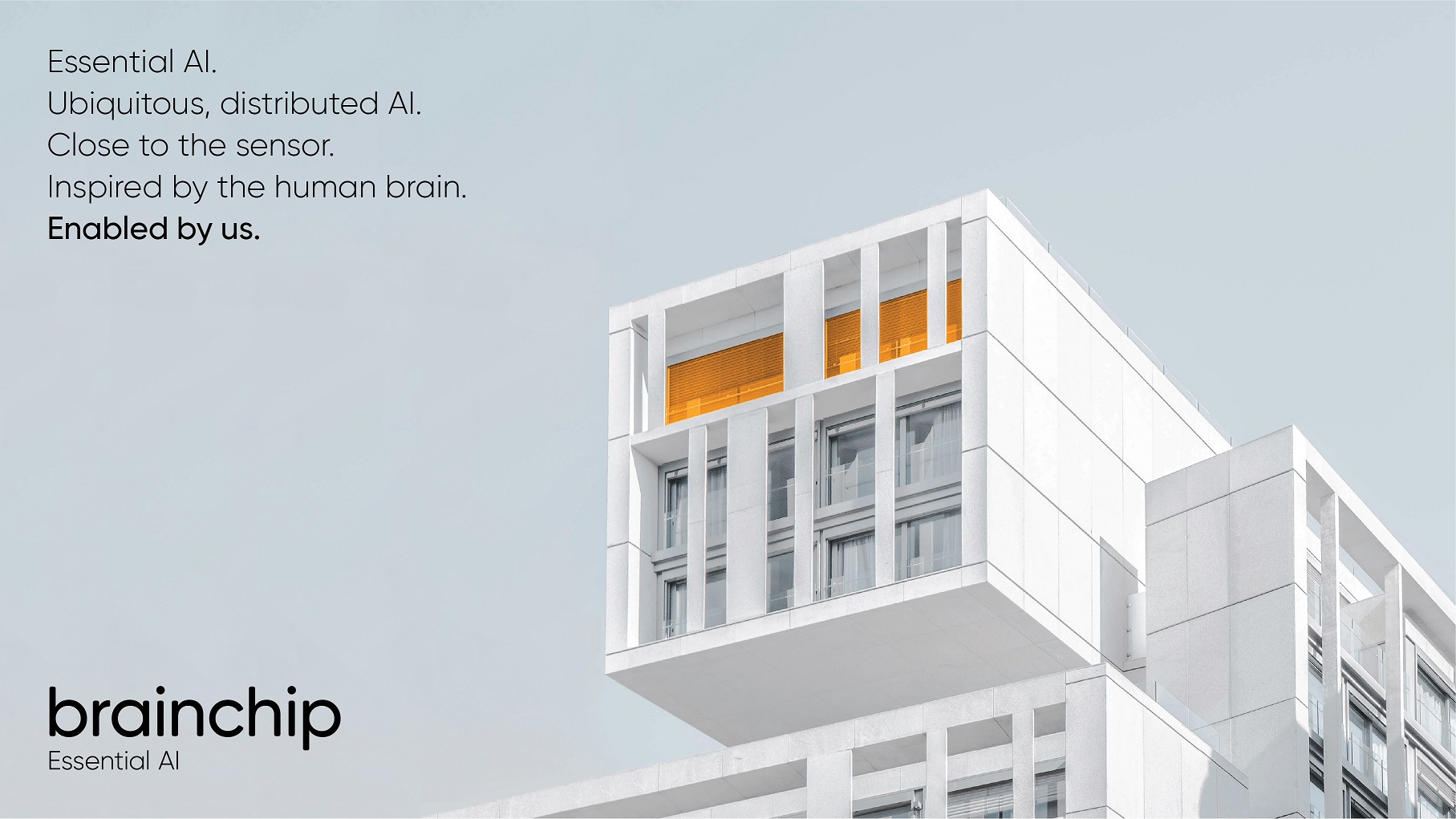 The refreshed brand is underpinned by a core idea that guides everything from the proposition and messaging to product and service hierarchy to visual identity and comms: learn to do less.

“The brand we inherited was a classic technology play: heavy on logic, light on magic. Recognizing the need create more engagement from prospects at the customer level, we flipped the emphasis to focus on benefit. So less about the technology, more about what it can do for you, as the saying goes”, said project lead and Heavenly CEO, Richard Sunderland.

“Upon joining the executive team at BrainChip, a key priority was to reframe and rebrand the company”, said Jerome Nadel, CMO at BrainChip. “Heavenly guided us through the process of codifying our existential truth to simplify the articulation of what we do, and why it’s important. The complexity of neuromorphic computing was simplified to learning to do less, and essentiality. This was beautifully expressed in narrative and visuals. We’ve leveraged this positioning across all aspects of our business”.

BrainChip is the worldwide leader in edge AI on-chip processing and learning. The company’s first-to-market neuromorphic processor, Akida, mimics the human brain to analyze only essential sensor inputs at the point of acquisition, processing data with unparalleled efficiency, precision, and economy of energy.

While the company’s offering stood boldly at the cutting-edge of AI tech, its brand was outmoded. BrainChip engaged Heavenly in January 2022 not only to reimagine the visual expression of the brand, but to shine light on the driving forces behind the brand, and better communicate its unique position within the AI space.

For the team at Heavenly, developing creative takes second chair to uncovering the underlying idea that drives a brand. In this case, Heavenly focussed in on drawing out a unifying thread that captured the unique, simplifying value that BrainChip offers customers, resulting in the core idea: learn to do less.

The core idea, and the brand expression Heavenly delivered gives BrainChip new, original language to convey the singularity of its tech.

“BrainChip is the antidote to more. To more devices. More data. More demands on the data center. The technology brings common sense to the processing of sensor data, freeing machines to do more with less,” explained Sunderland. “From there, machines are able to infer the big picture from the basics. We branded this ‘Essential AI’. Essential is optimizing compute. Maximizing performance. Minimizing power. In the real world. And in real time.”

Not only does the idea of doing more with less highlight the functionality of BrainChip’s offer, it leans into a wider conversation around the power of less. “BrainChip’s technology doesn’t just enable more efficiency while taking up less space,” says Sunderland. “By keeping learning local to the chip, it creates a cloud-free process which results in less latency, less power consumption, and less carbon. It’s not just a tech solution, it’s an essential ESG solution, too – one that offers meaningful impact for people by minimizing the pressure on the planet.”

The new identity for BrainChip is a direct result of embracing “doing less”.
In its new iteration, the BrainChip brand abandons its previously busy wordmark for a simpler, bolder version that can be locked up with the “Essential AI” strapline, or with a simplified wordmark for the brand’s hero product, Akida.

A new colour palette offers a marked difference from BrainChip’s previous brand, too. Where previously BrainChip’s used dark navy grey, Heavenly simplifies to grey scale and blacks, with a burst of orange to create simple and effective emphasis. The colour palette is echoed in a new clean and uncluttered brand imagery style, which uses pops of orange to highlight key elements.
Heavenly also created unique neuron fabric graphic pattern designed to help convey the way in which BrainChip’s Akida technology works. It is used as a background that helps to draw attention to the Akida chip.

The new BrainChip brand is a masterclass in creating a visual identity that stems from the bigger idea behind the brand. By capturing BrainChip’s ability to help machines do more with less through a visual brand and ownable language like Essential AI, Heavenly has given BrainChip a futureproof brand that can engage prospective customers more effectively and more rapidly than before.

Marie-France van Heel, Strategy Director at Heavenly, added: “Strong branding is really about sacrifice, especially in our attention-starved world. Stripping away all but the essentials to really capture people’s imaginations. The concept of sacrifice chimed perfectly with BrainChip, given that’s technically true of what their product delivers. In very simple terms, all we really did was help their brand better reflect their product”.

The new BrainChip branding is now live across all touchpoints.
For more information, please visit www.heavenlygroup.com and www.brainchip.com 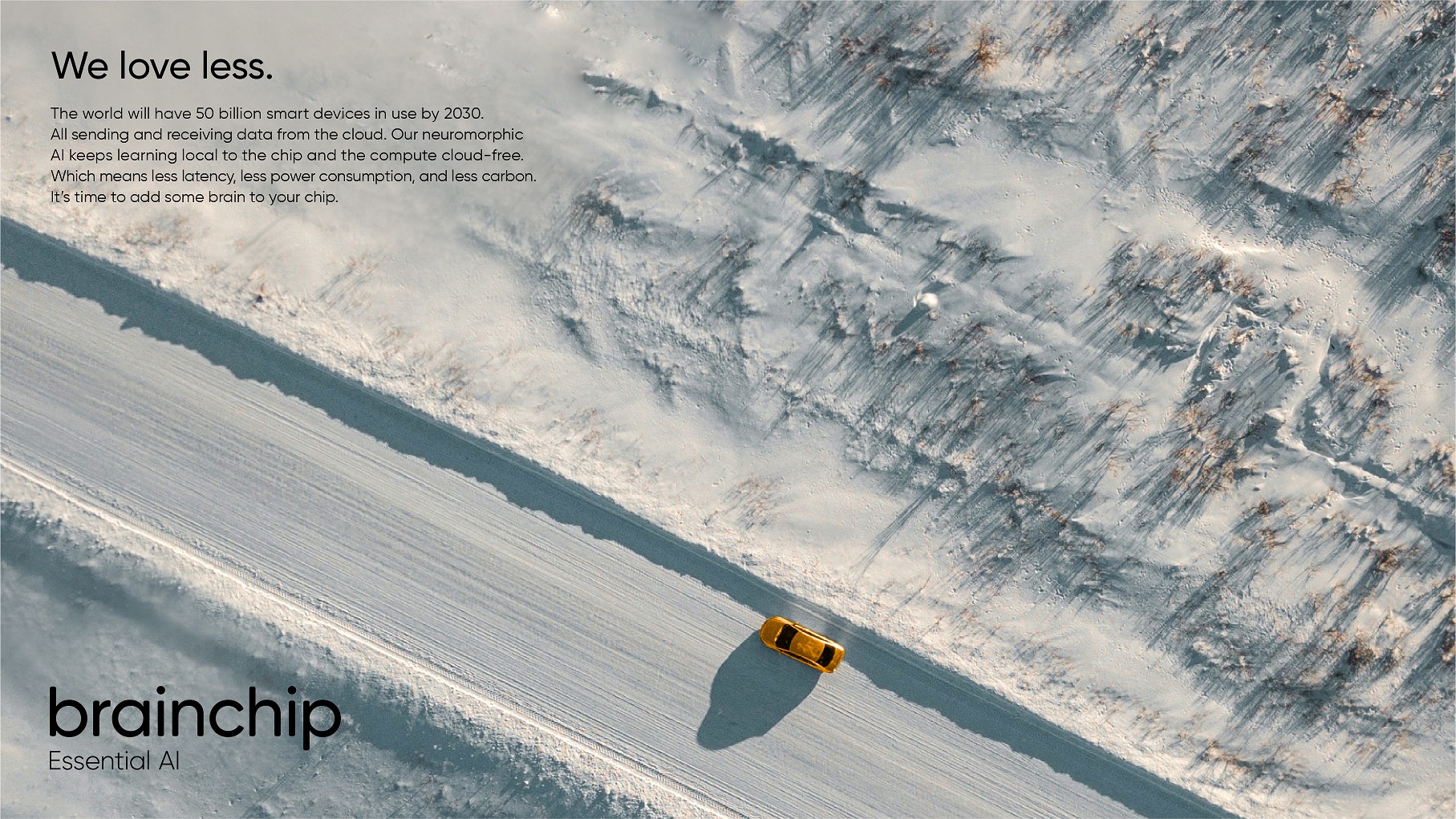 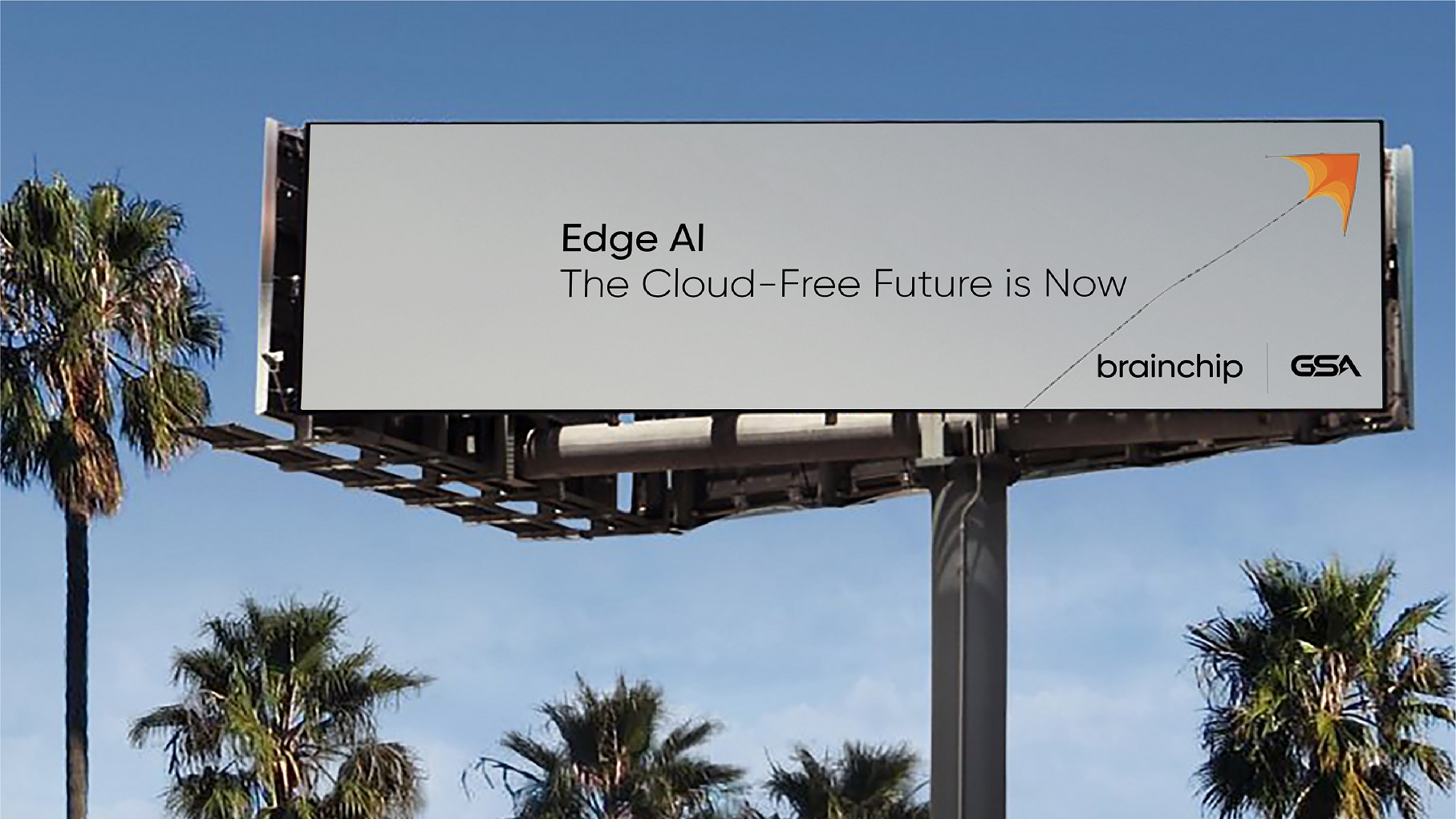 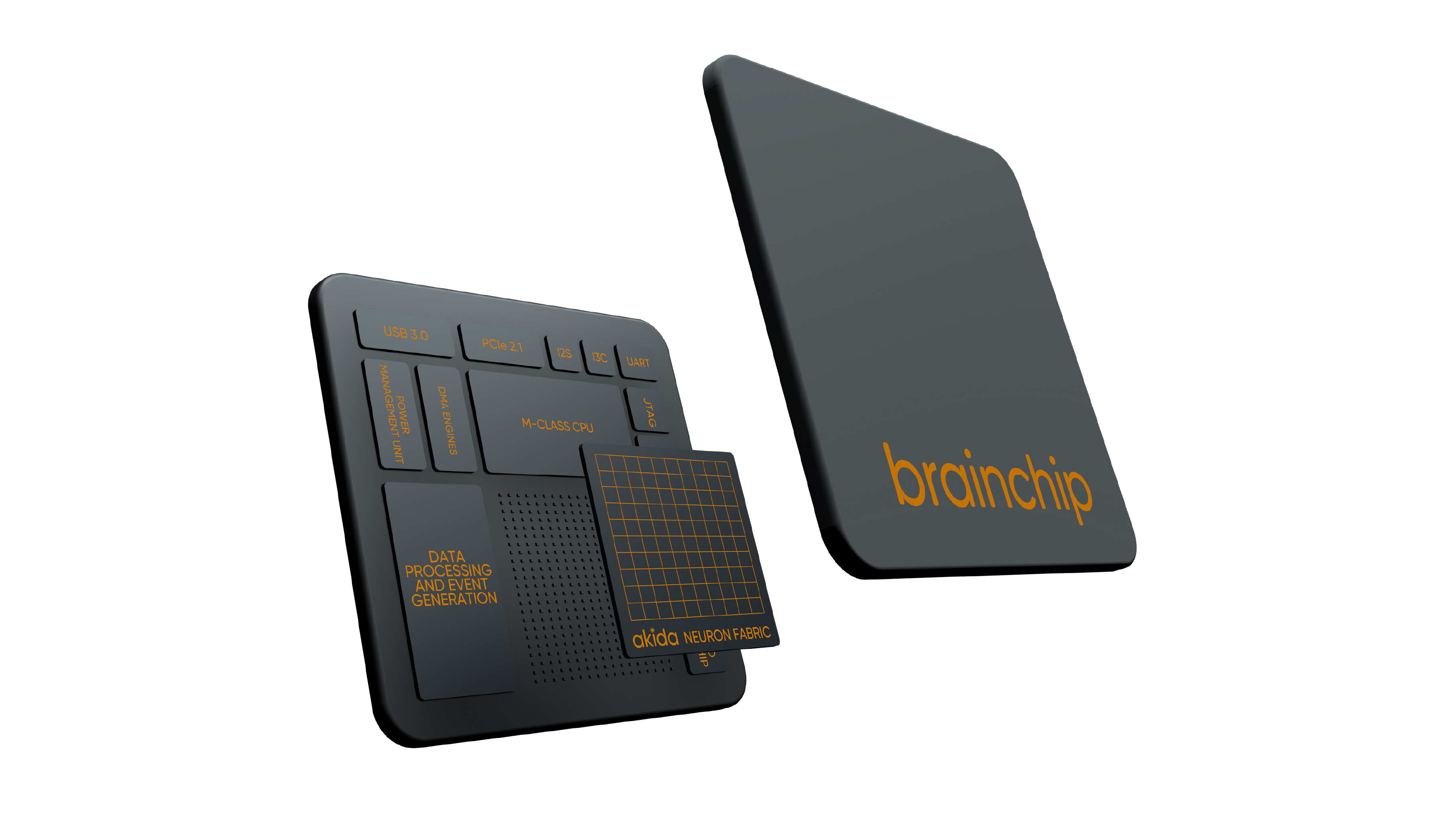 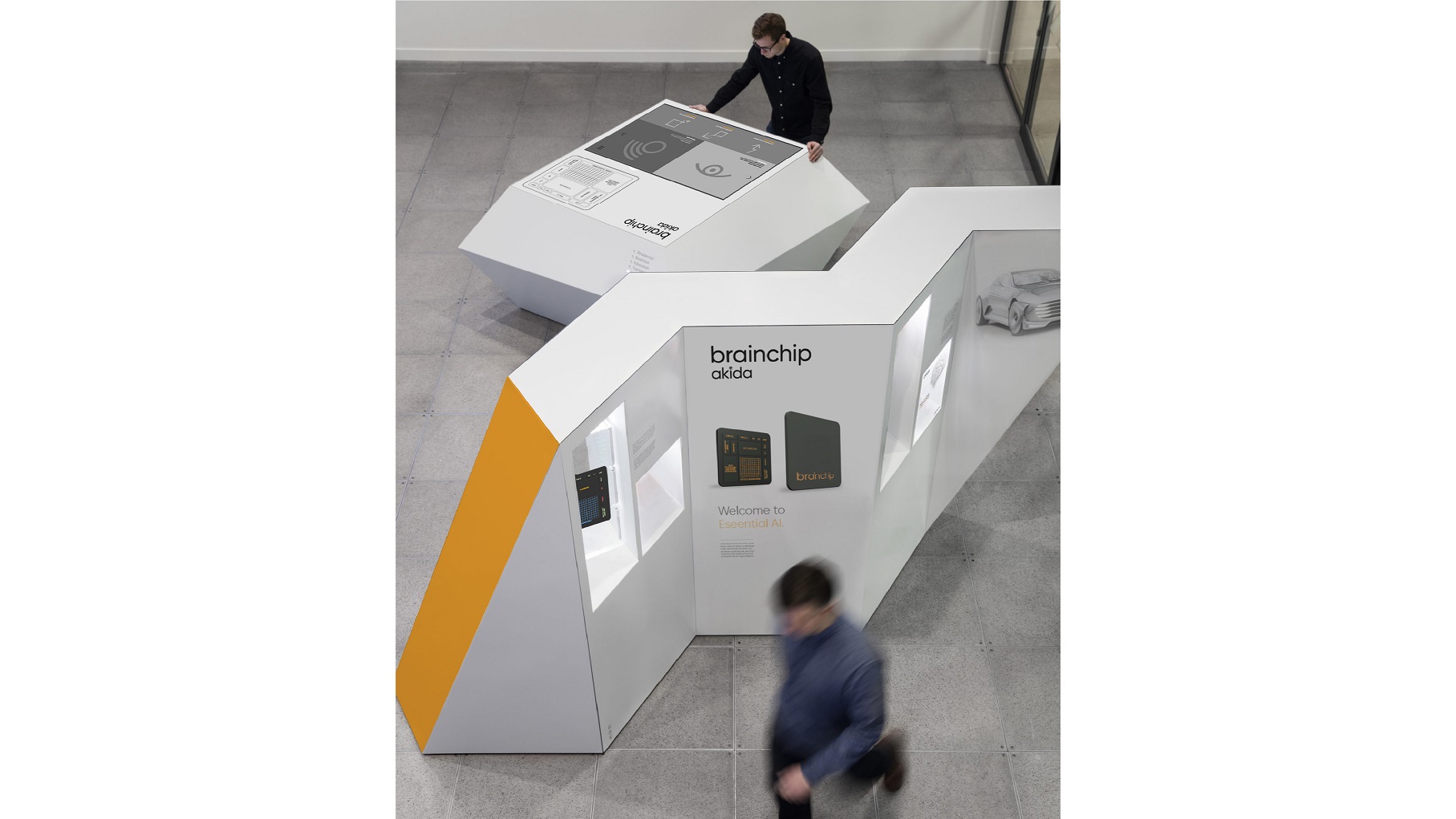 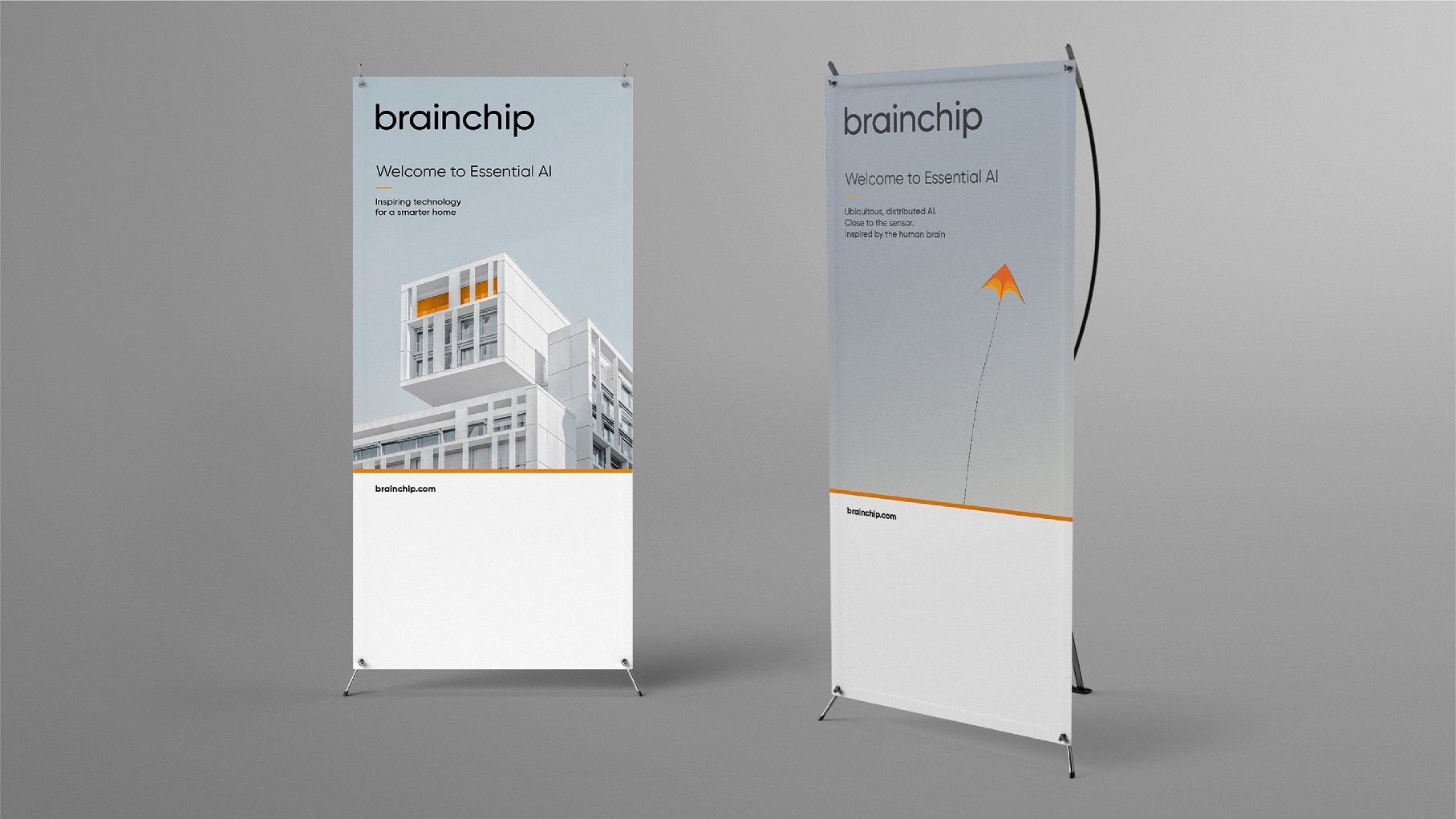 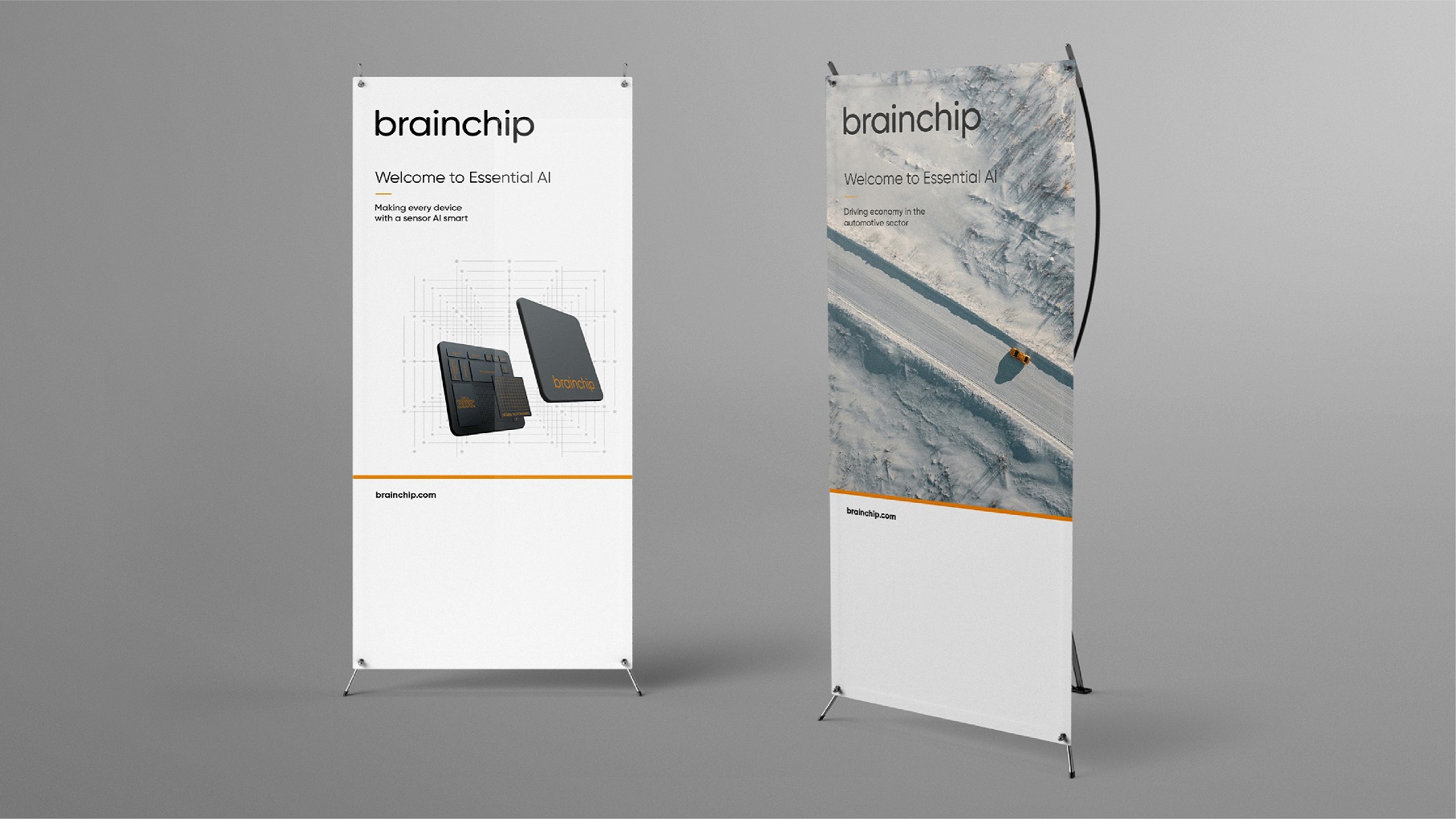 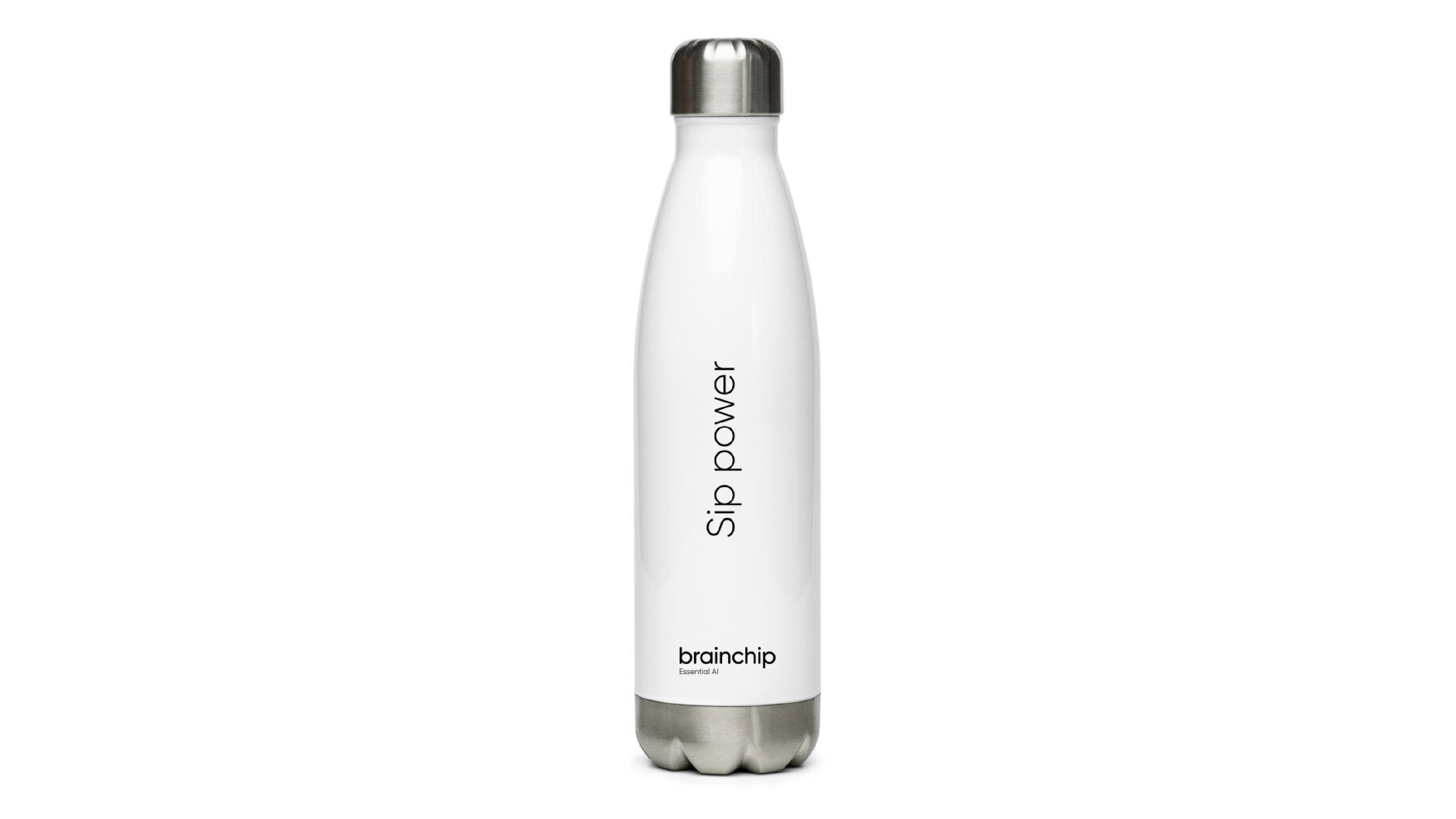 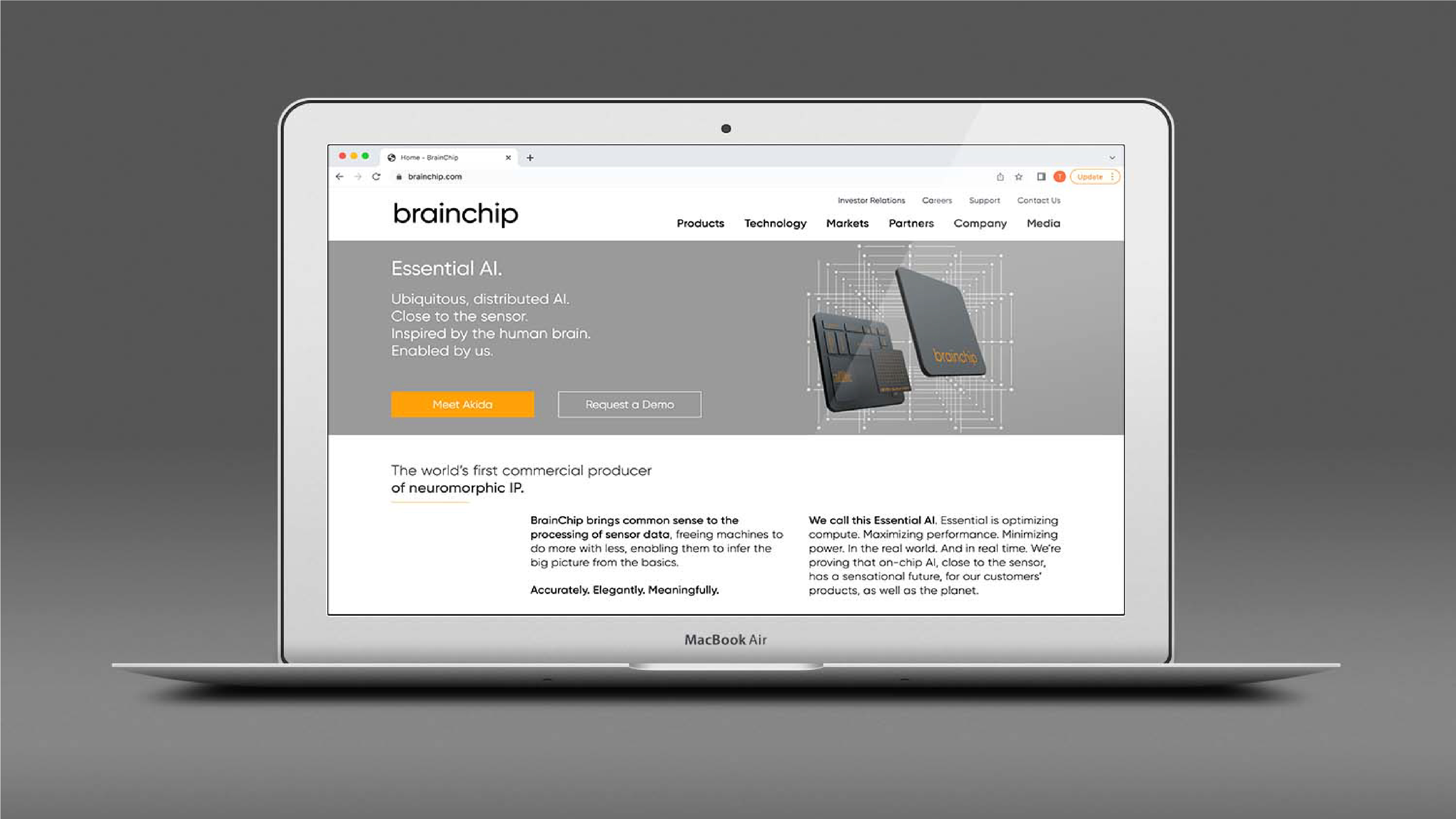