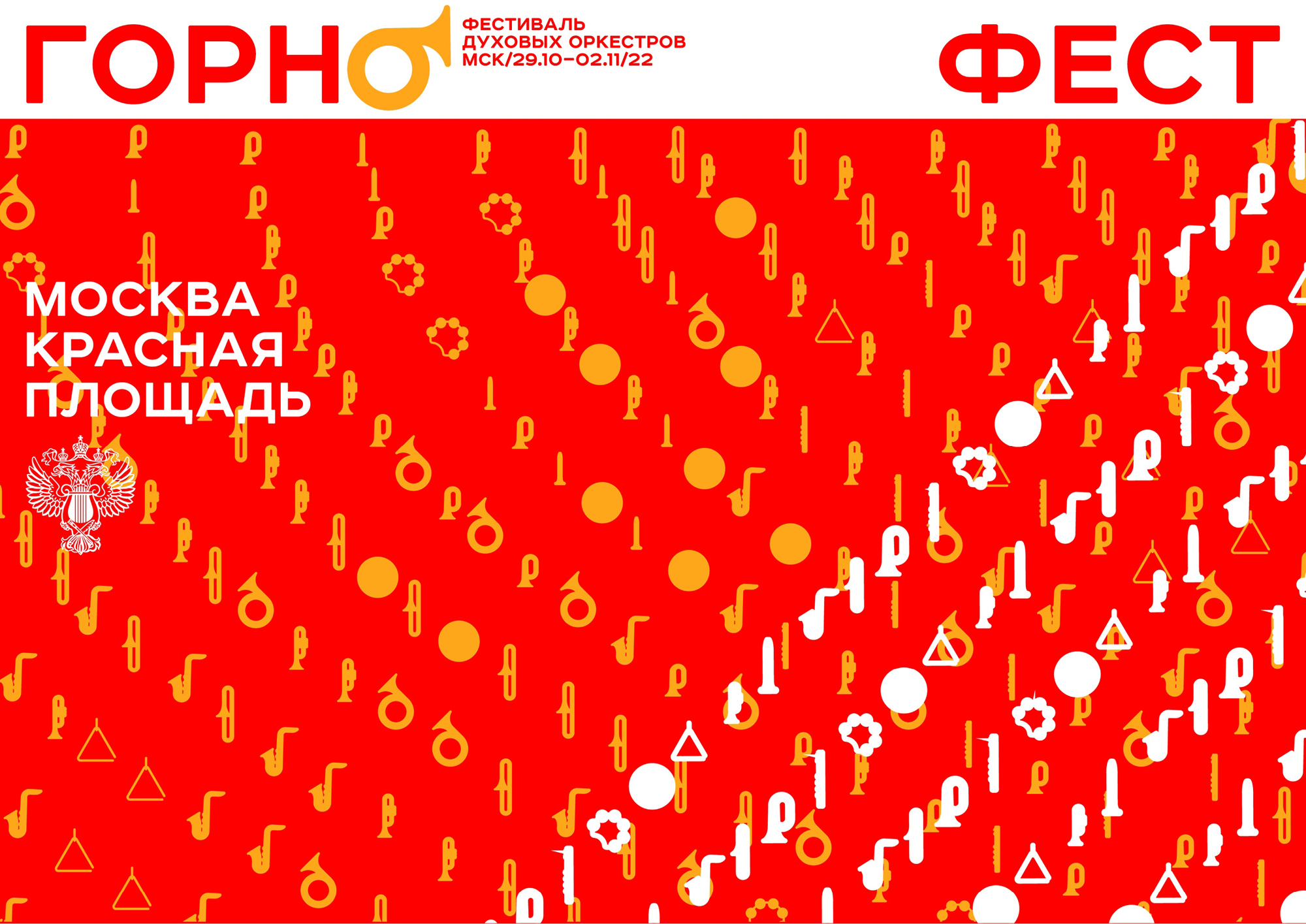 Gorn Fest is a festival-parade of brass bands that takes place every autumn in Moscow. This is a great opportunity to hear classical and jazz works in a new, brass performance. Any music festival is a very bright and loud event, where many people from all over the city gather, grandiose noisy performances come, completely different musical instruments sound. This is a grandiose “battle” of orchestras from different countries for the love and delight of the audience, which unfolds against the backdrop of the majestic walls of the Kremlin. An organic combination of military, classical, folk and pop music, parade defiles and dance shows, demonstration performances — all this makes the Festival one of the brightest and most memorable spectacles of the year.
Pictograms of musical instruments are taken as the main graphic element of the identity, which, coming together, form musical groups that gather in a real march. Multiple layering of marches gives the truth of life: someone plays quieter at the parade, and someone plays louder. Orchestras march in a smooth formation on the main square of Moscow — Red Square. It is from here that the main colors in this identity appeared: gold for wind instruments, red for Red Square.
In the identity, the grotesque Affect is taken as the main font: it has neutrality in the typesetting size. A block of text with the date and venue also additionally plays the role of an orchestra, thus microtypography echoes the main idea. Also, the dainy font has an accident in a large size, in the case of a logo that is separated by a white stripe, like the spine on a ticket that serves as a passage to the festival. Thus, we get a consistent, flexible system that works well on a variety of media: posters, bags and other merchandise. 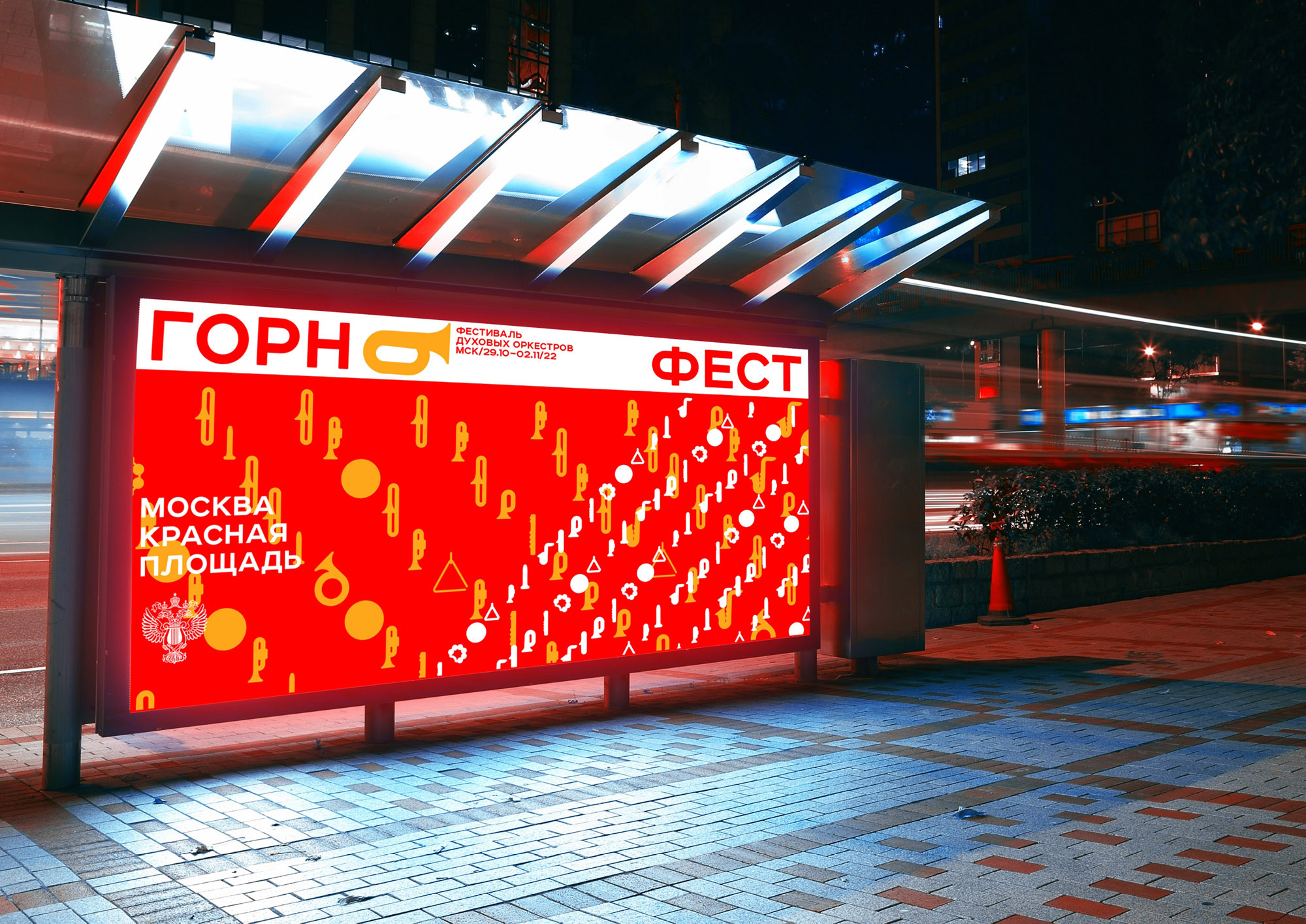 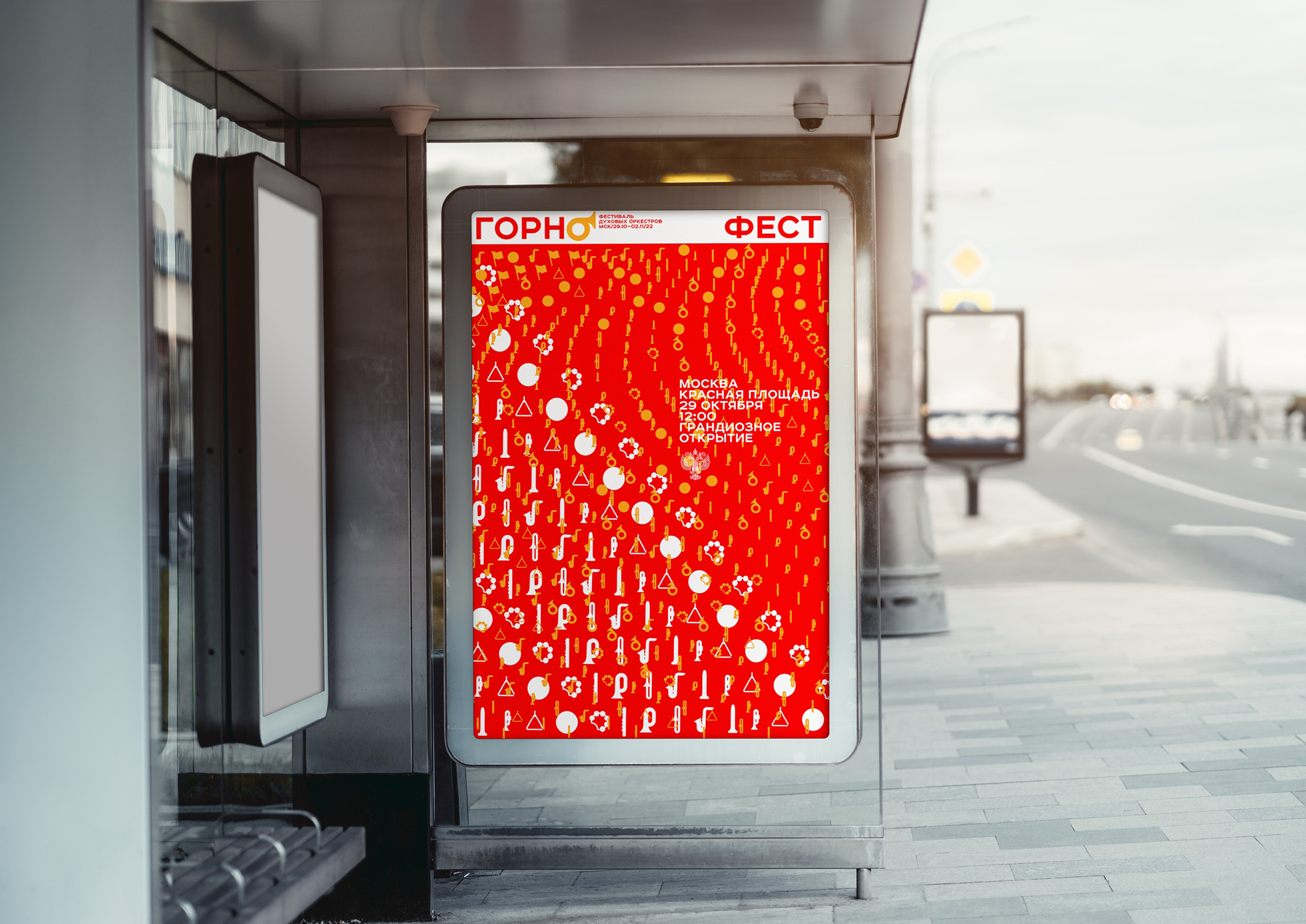 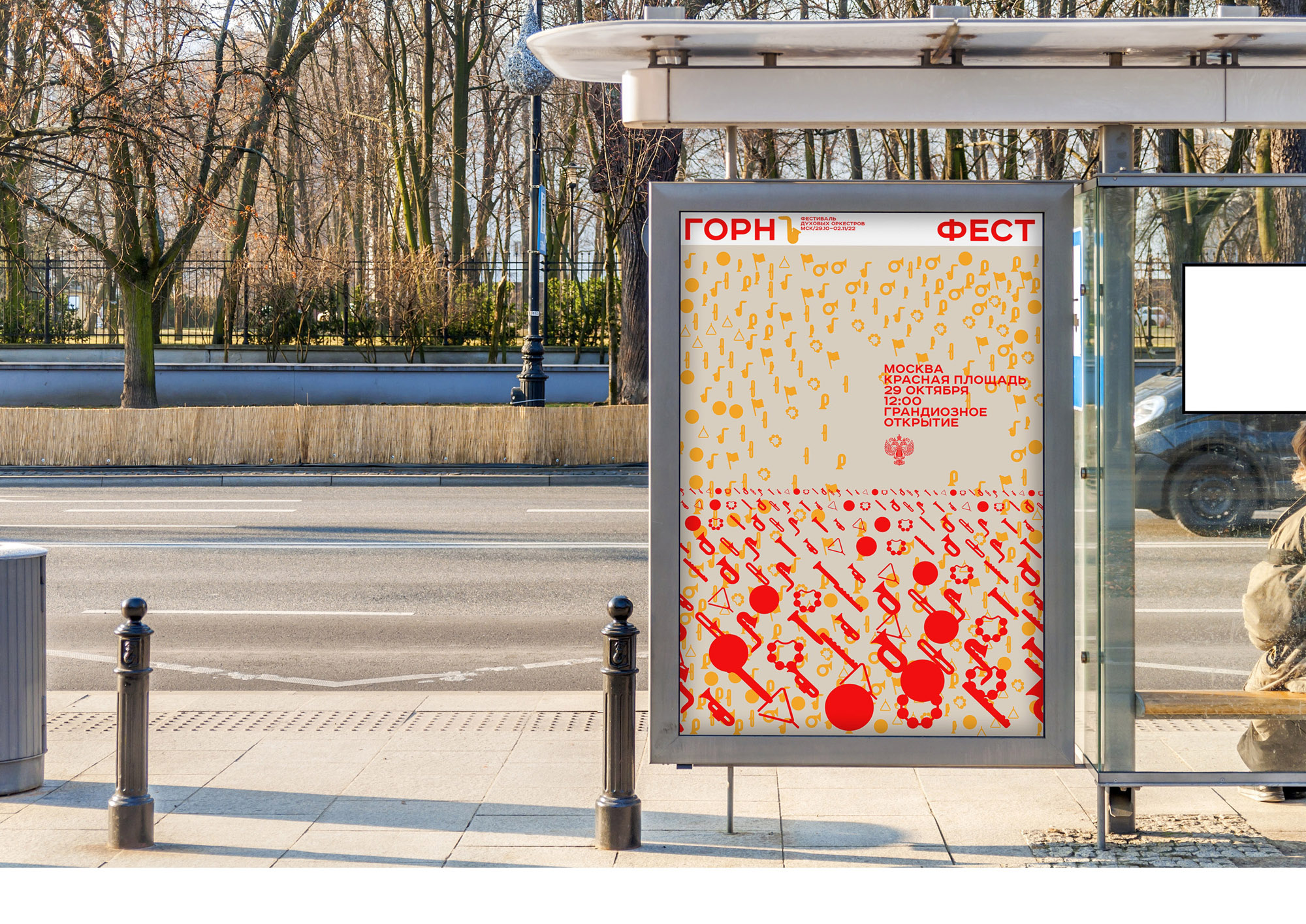 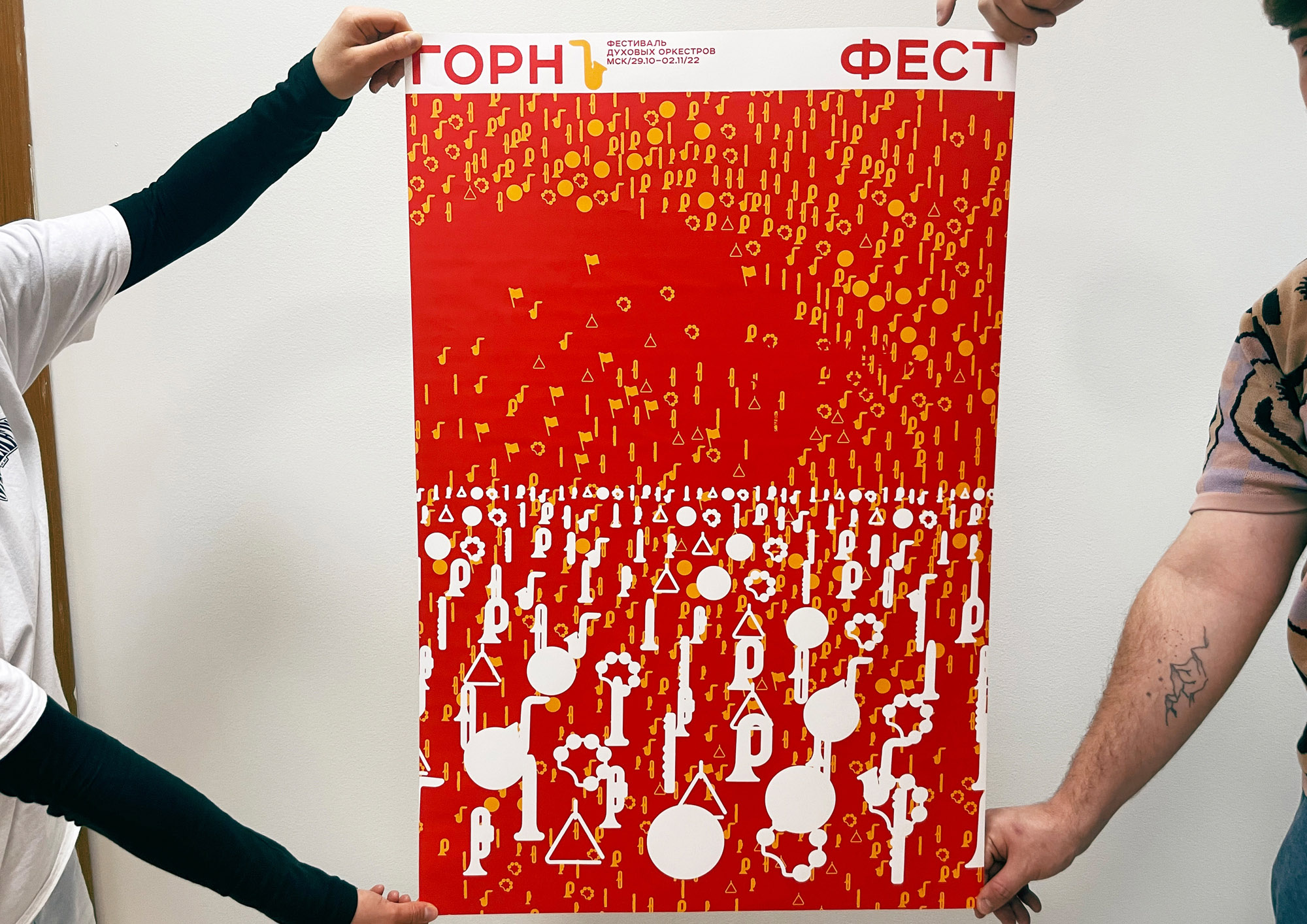 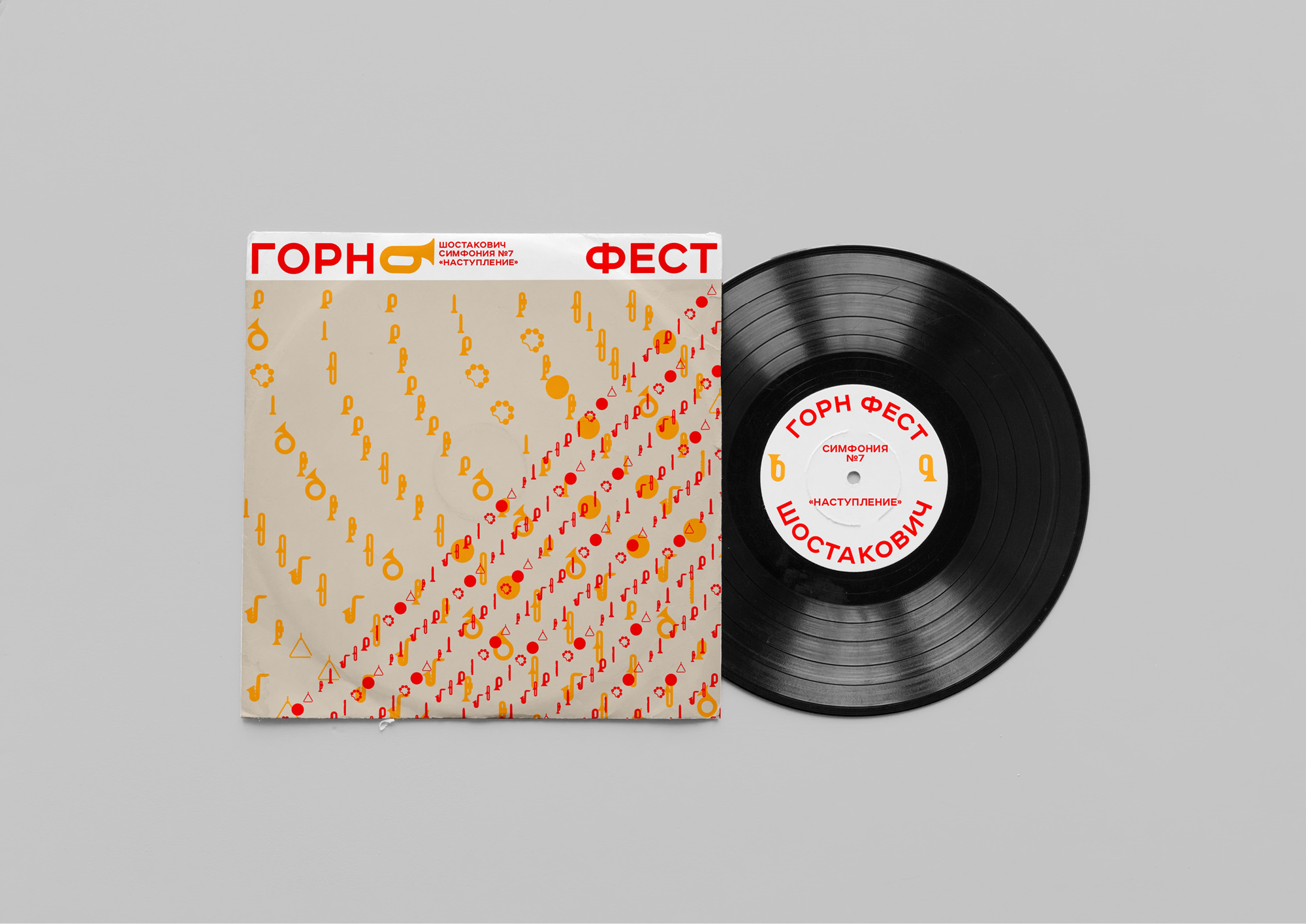 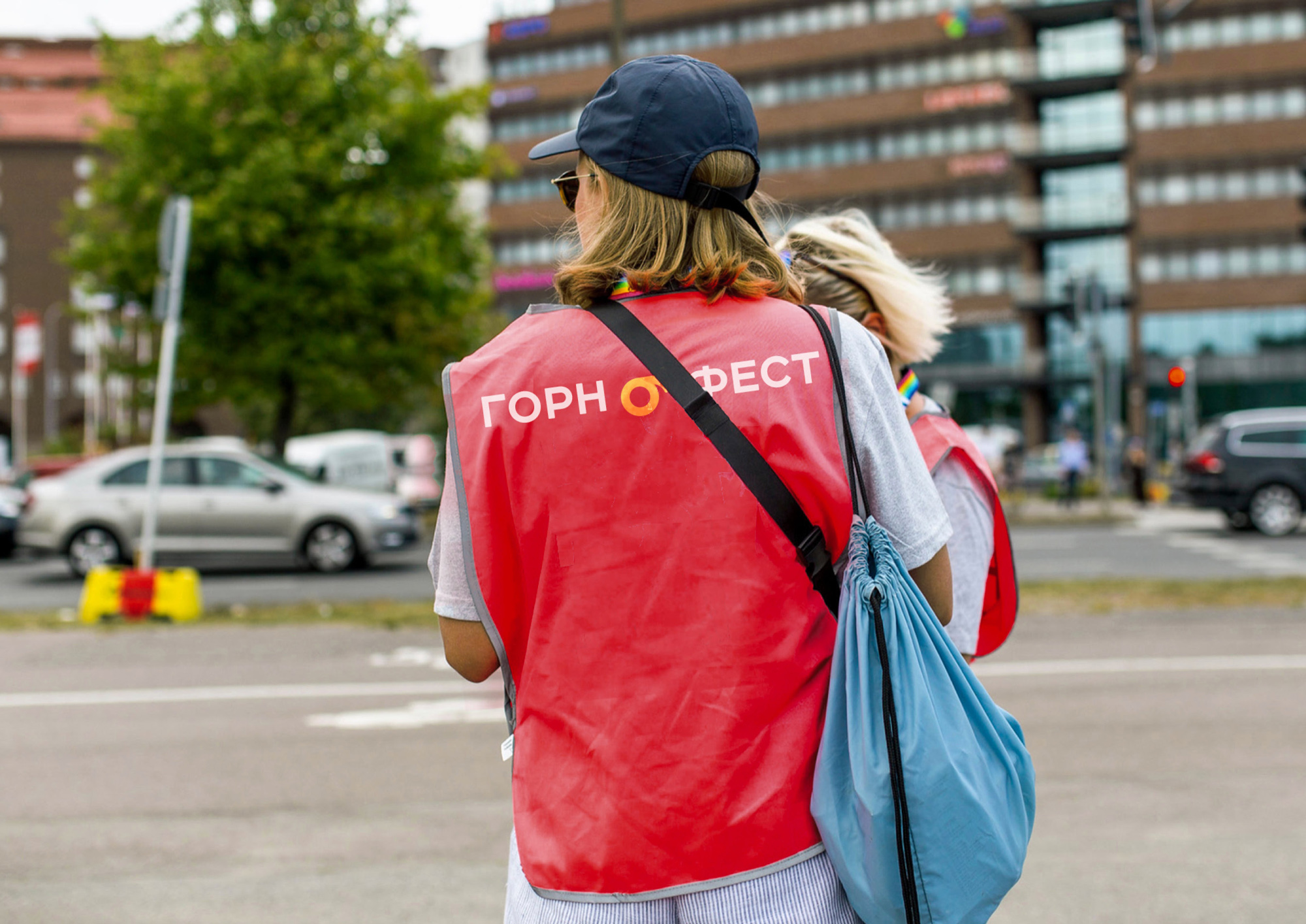 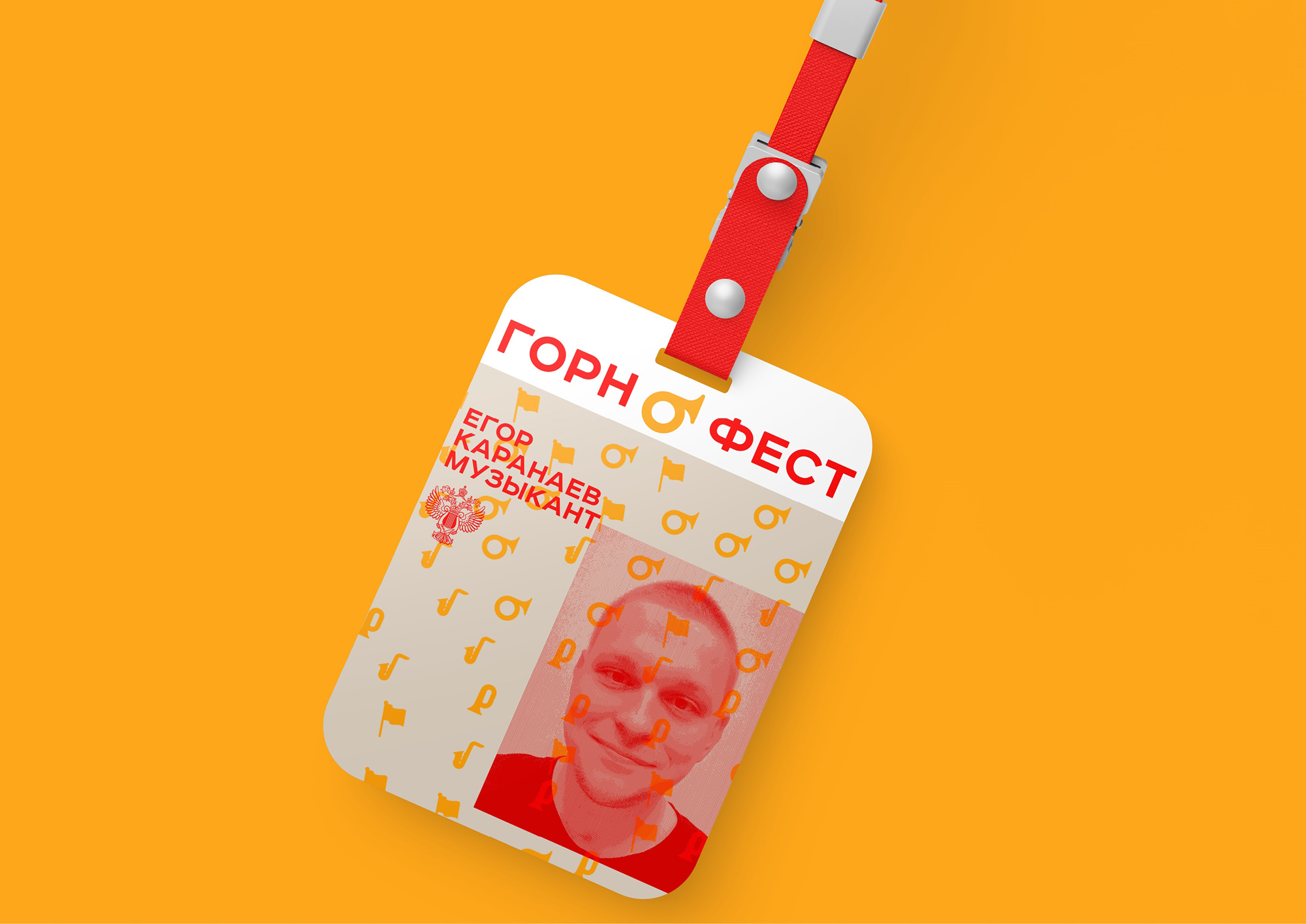 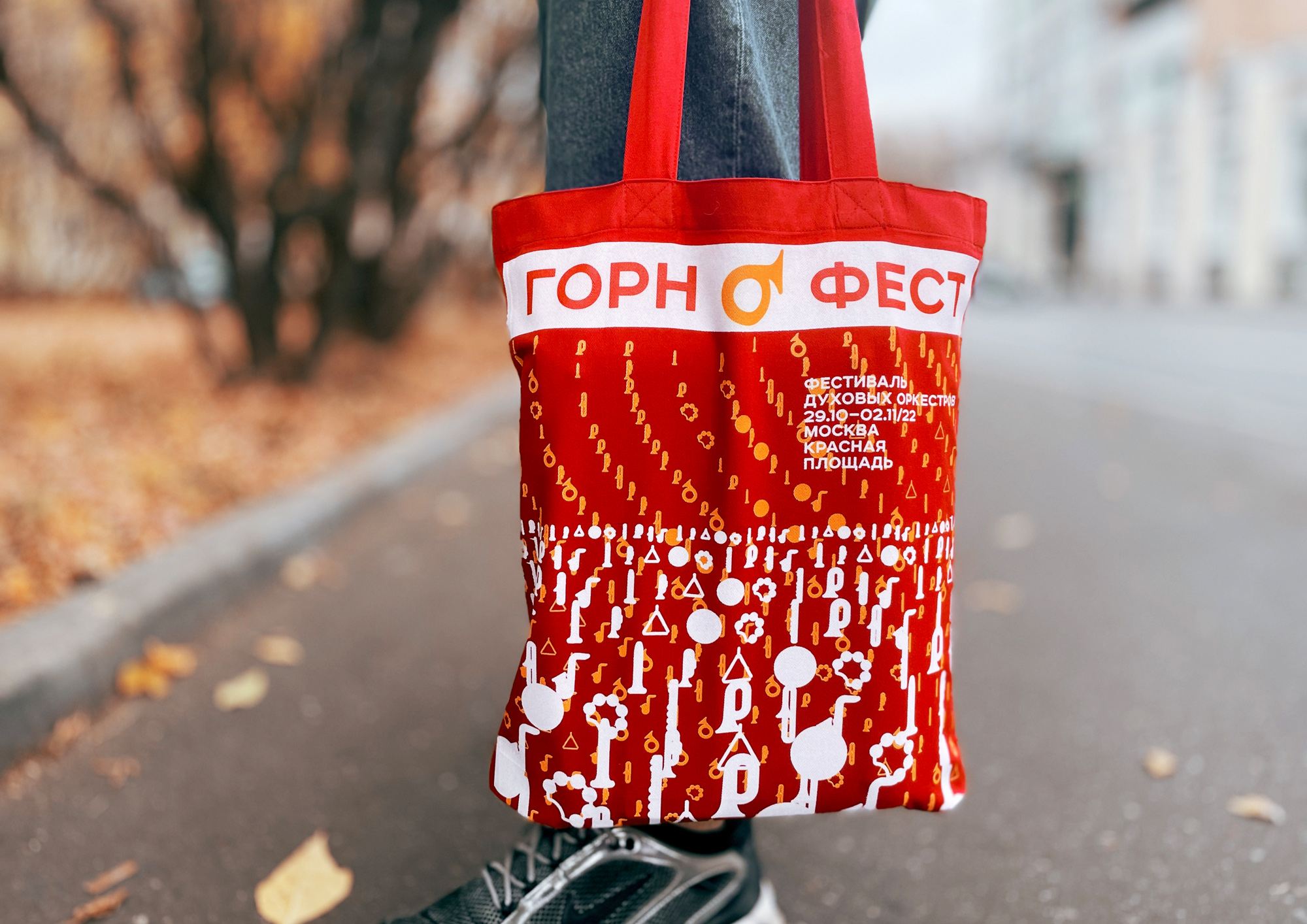 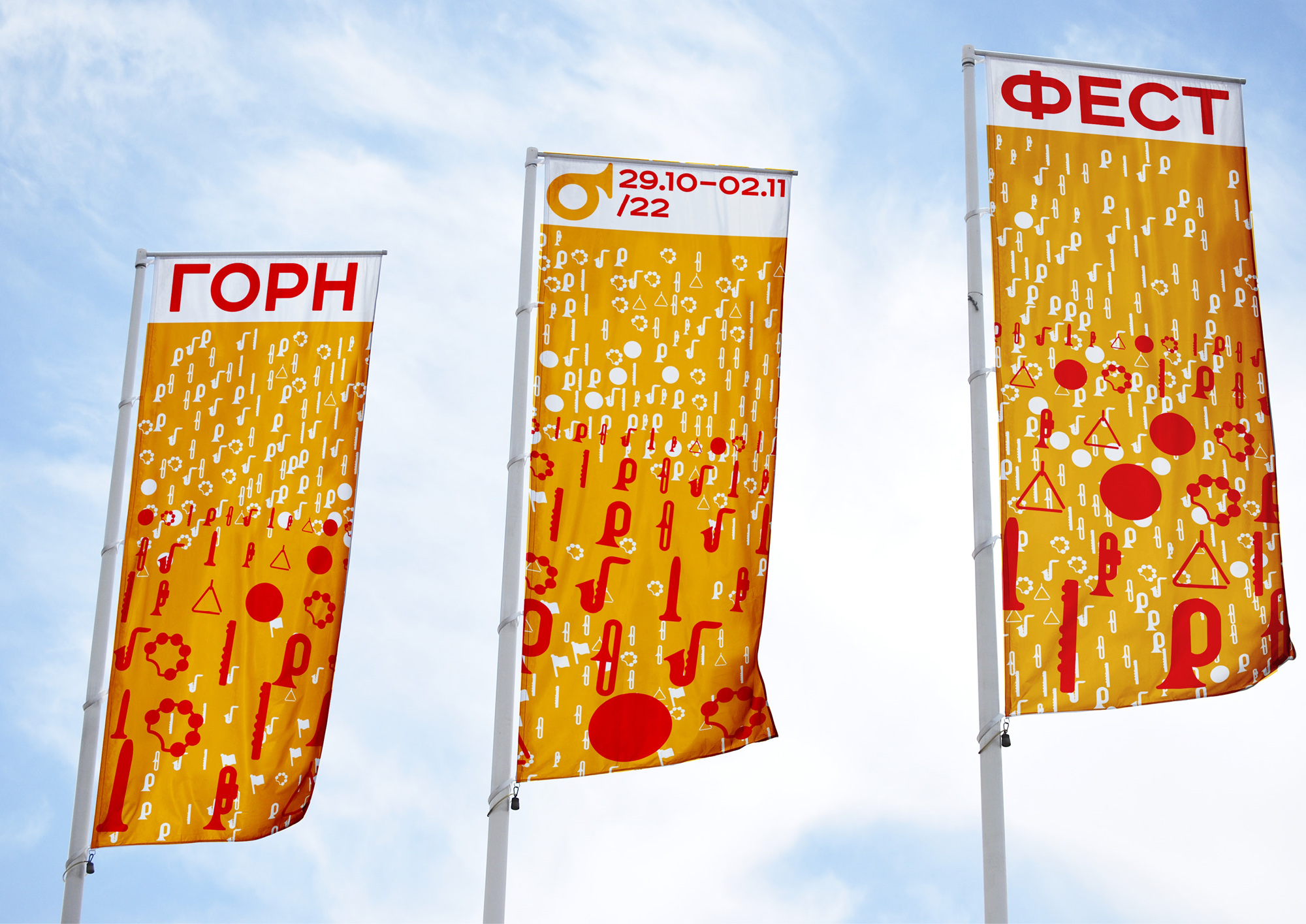