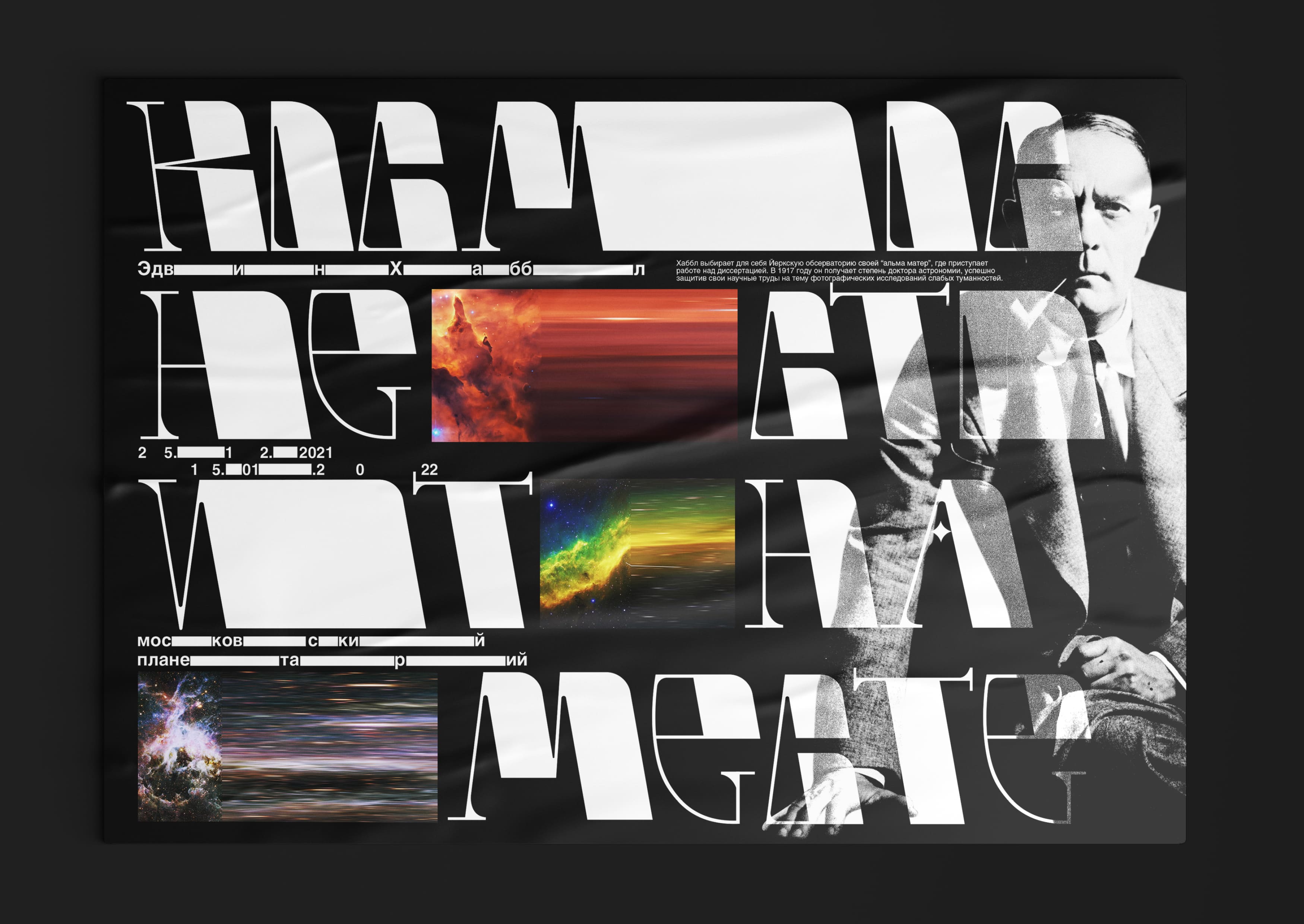 Edwin Hubble, in full Edwin Powell Hubble, American astronomer who played a crucial role in establishing the field of extragalactic astronomy and is generally regarded as the leading observational cosmologist of the 20th century.
Hubble remains one of the world’s most famous astronomers. In addition to receiving the Medal of Merit (1946), he is the recipient of the Franklin Medal (in physics), Legion of Merit, Bruce Medal and Gold Medal (from the Royal Astronomical Society). As a tribute to Hubble’s groundbreaking work in astrophysics, NASA named its Hubble Space Telescope after Edwin Hubble. Countless university facilities, a planetarium, an asteroid and a portion of a highway in Missouri also share his name.

I made a cyrillic font for local exhibition of scientist and also made design identity. The style of graphic was based on metaphor of endless motion of space that Edwin Hubble approved in his career. Font always stretches horizontally to image this motion. Typography elements and photo also built into this system to support main idea.

This mix of stretching objects is able to exist in modern museums and good to attract young generation of people to visit exhibition and find science as very interesting journey.

The identity also has alternative version to use graphic on small object like phone cases or braclets. This step gives the user a choice but the system doesn’t change. The hardest part was to concentrate all three elements in one system to make the picture float. But when I found this technique in my font, then all other objects immediately subordinated to it. 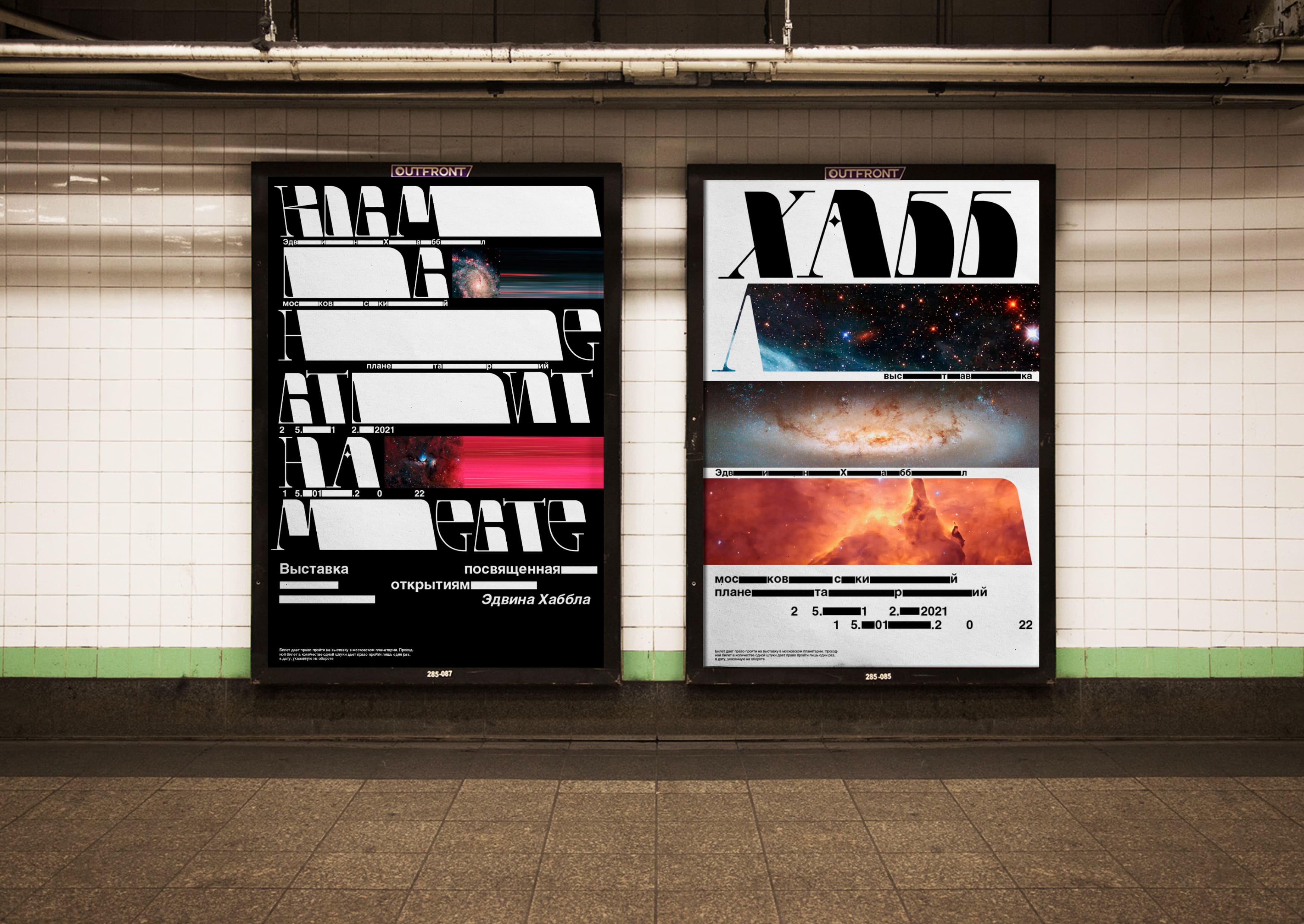 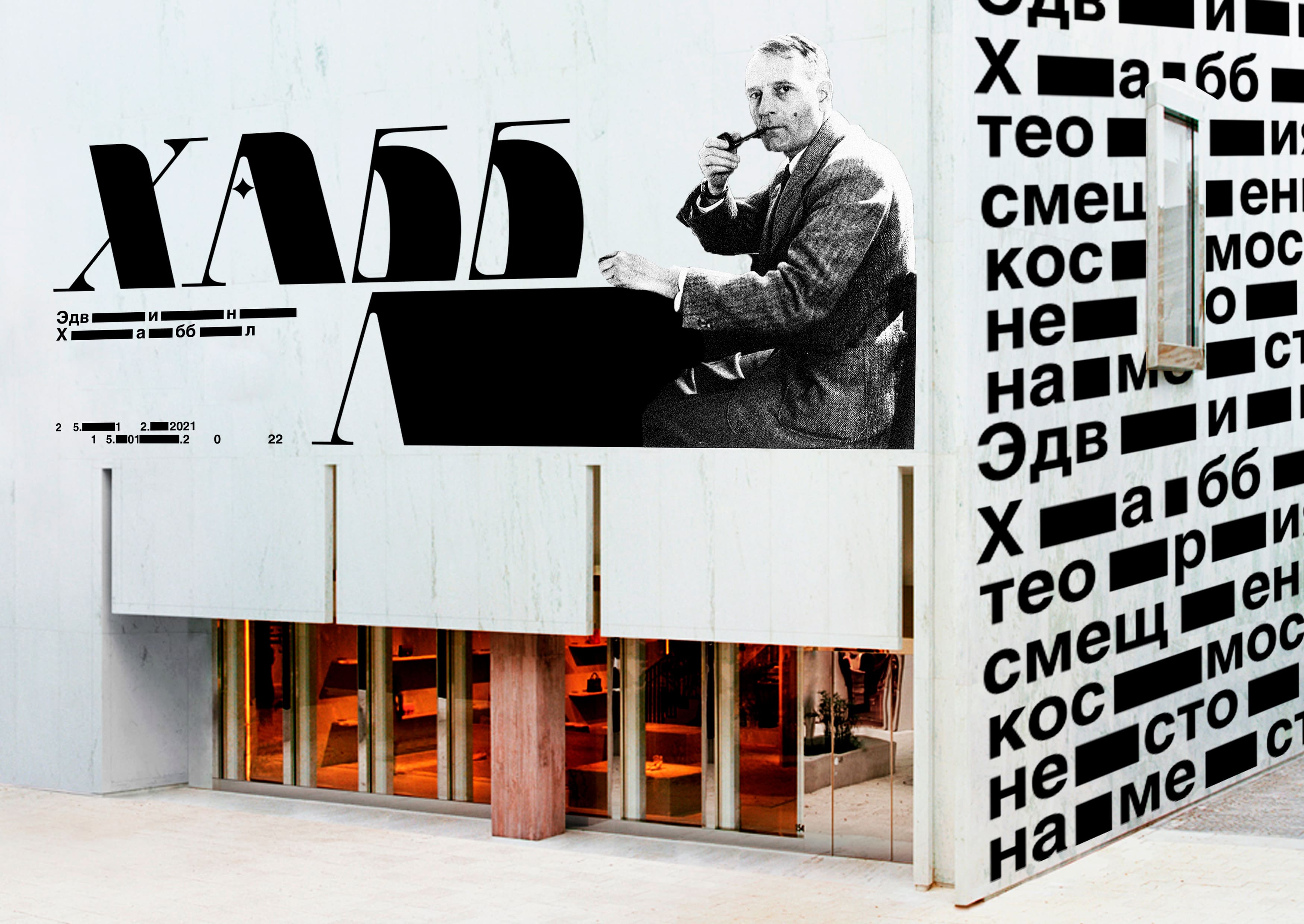 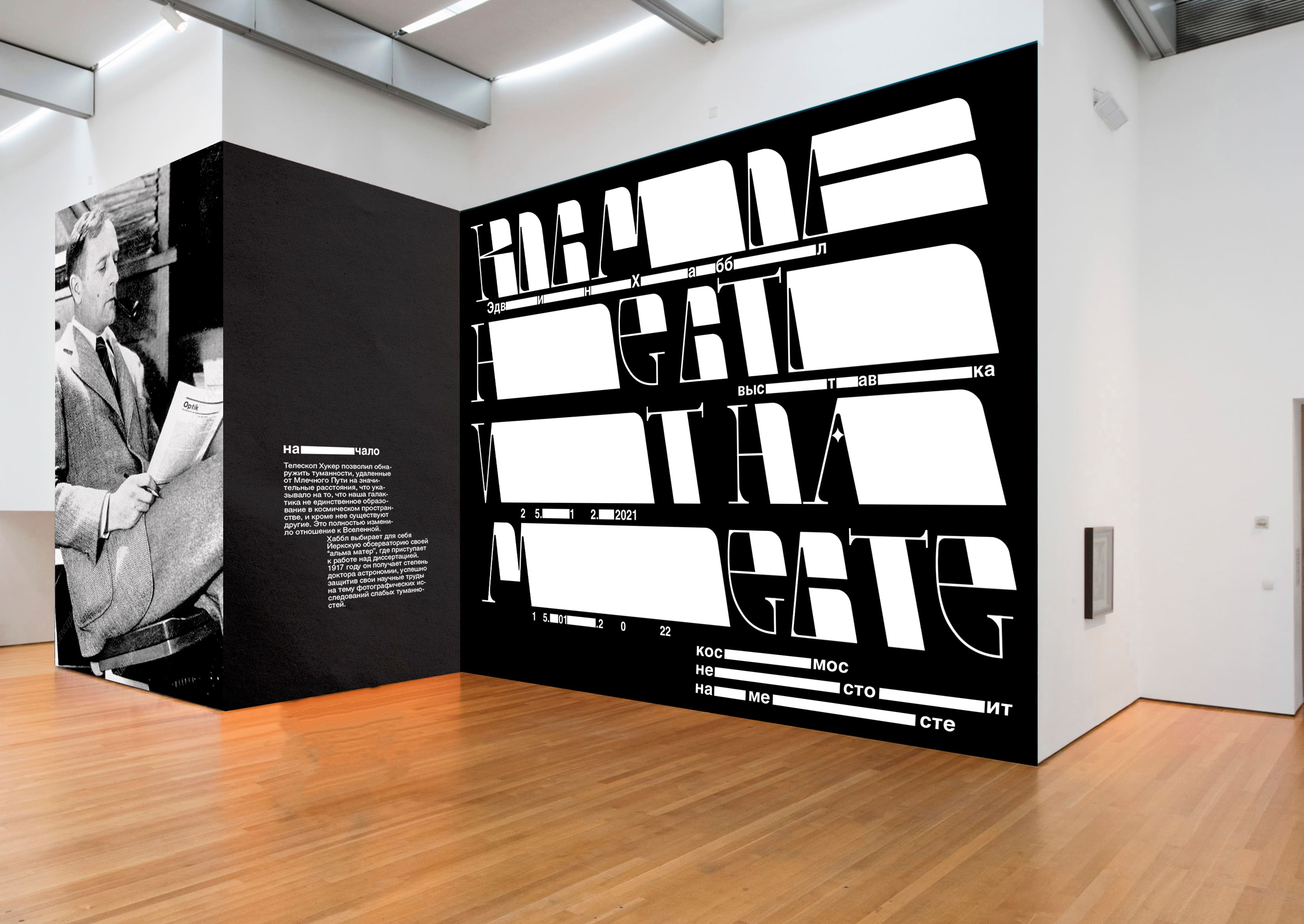 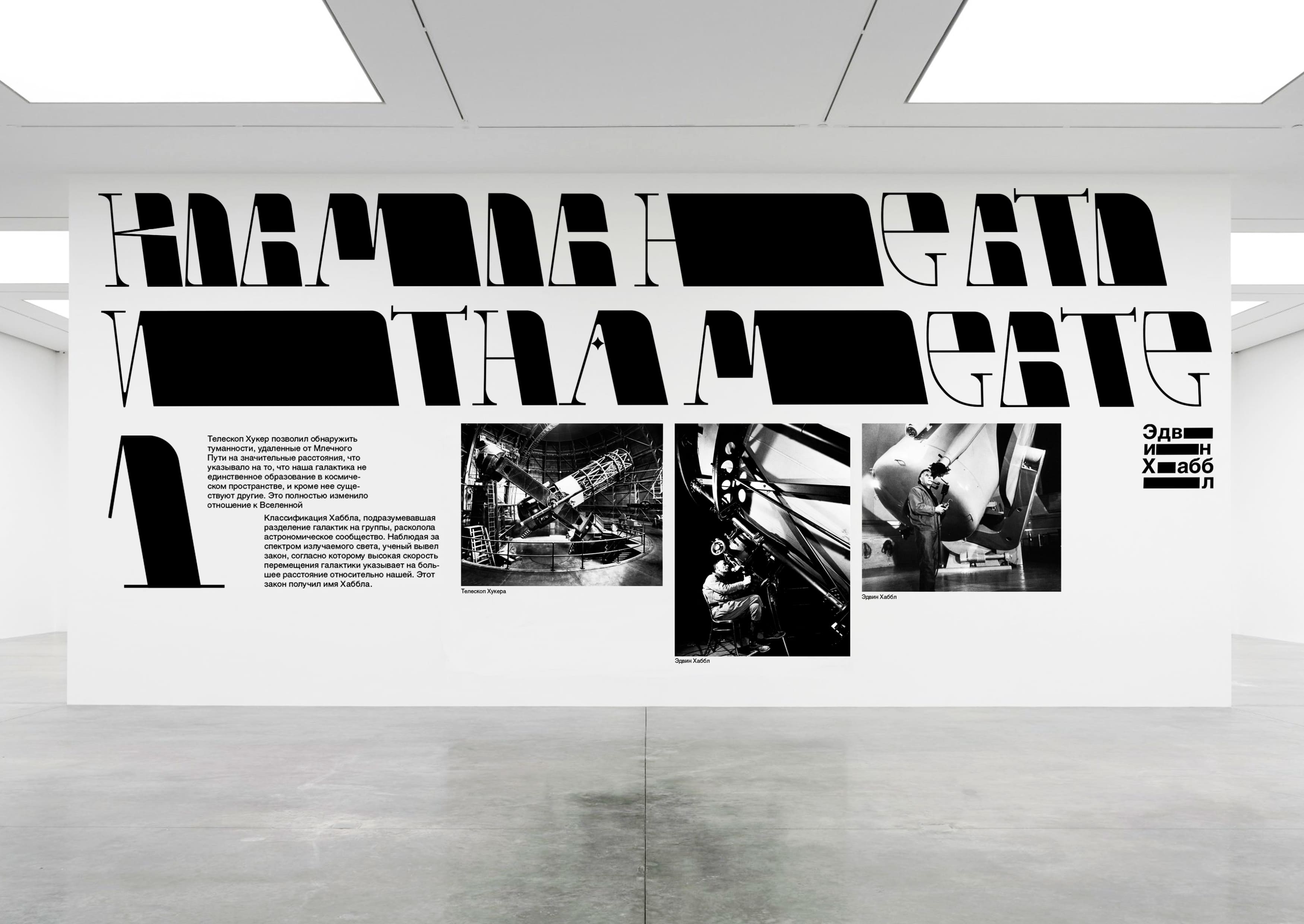 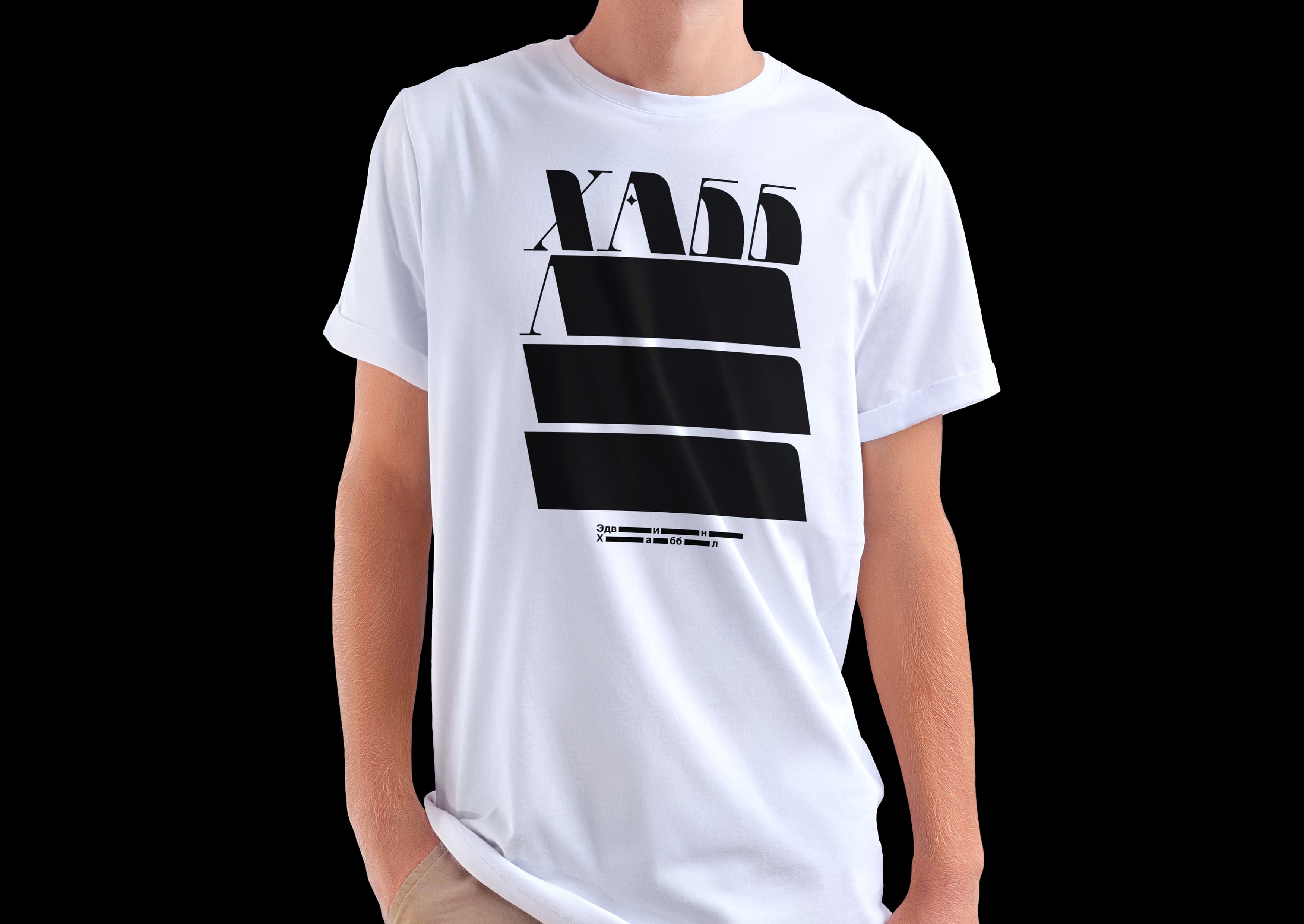 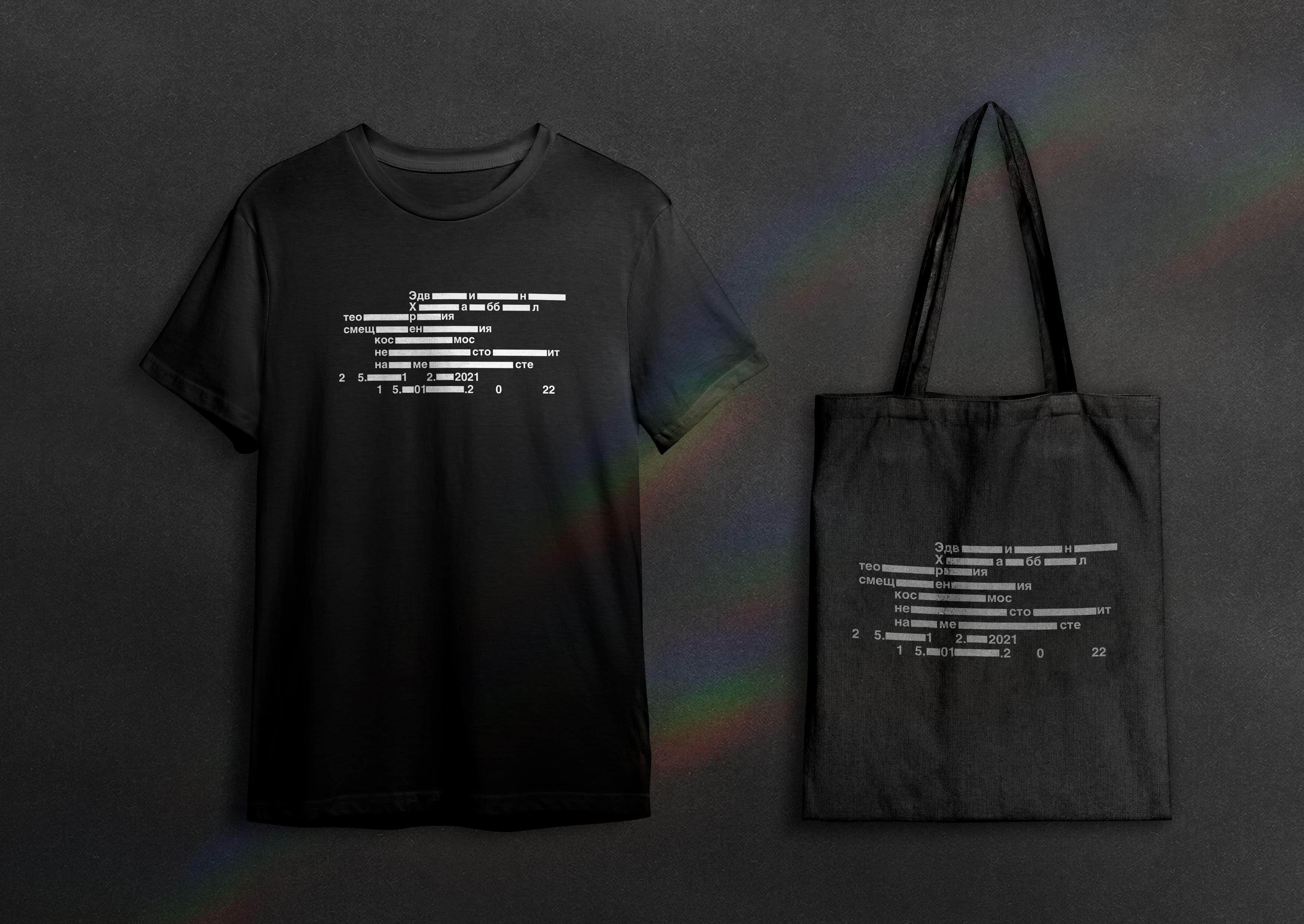 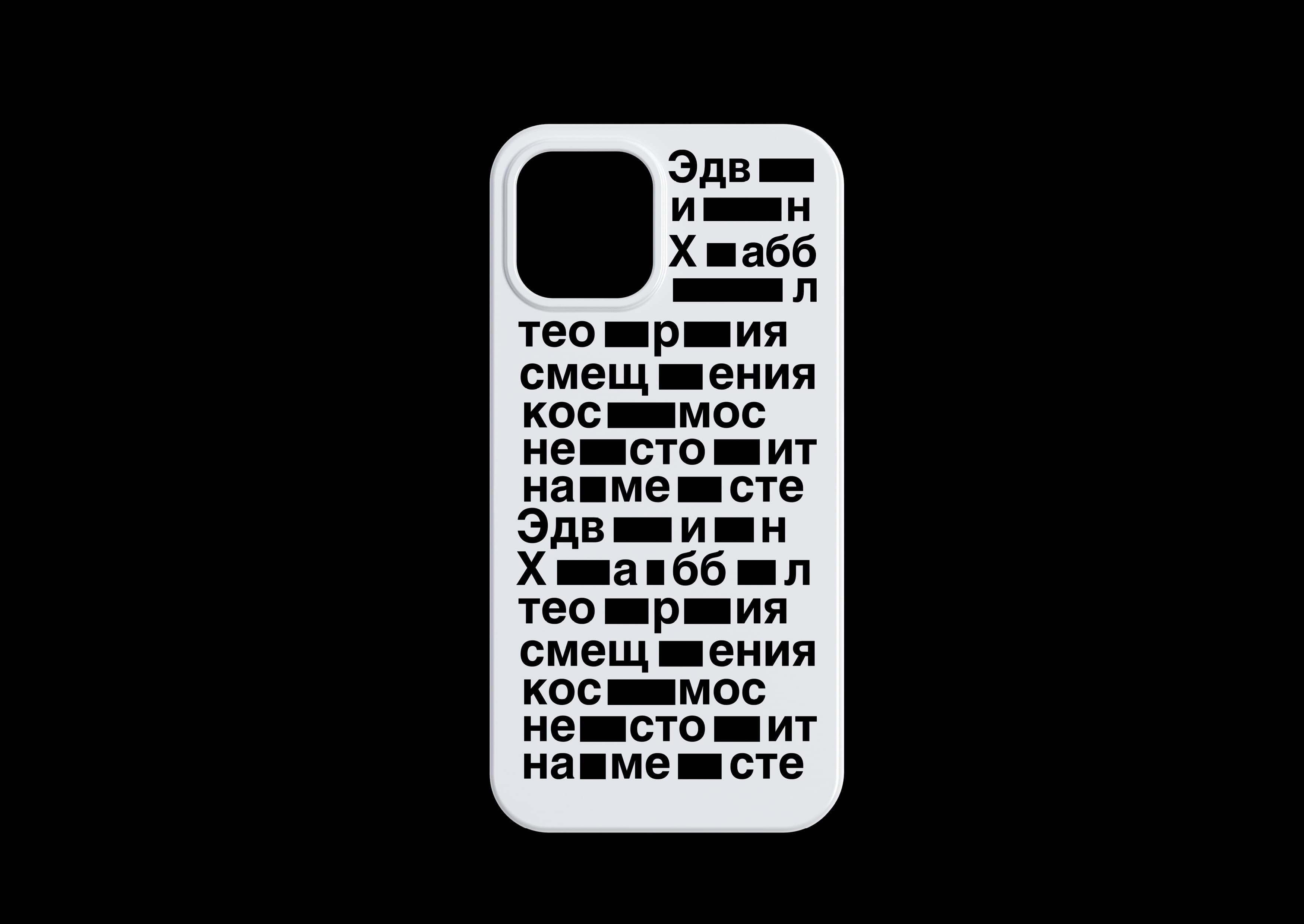