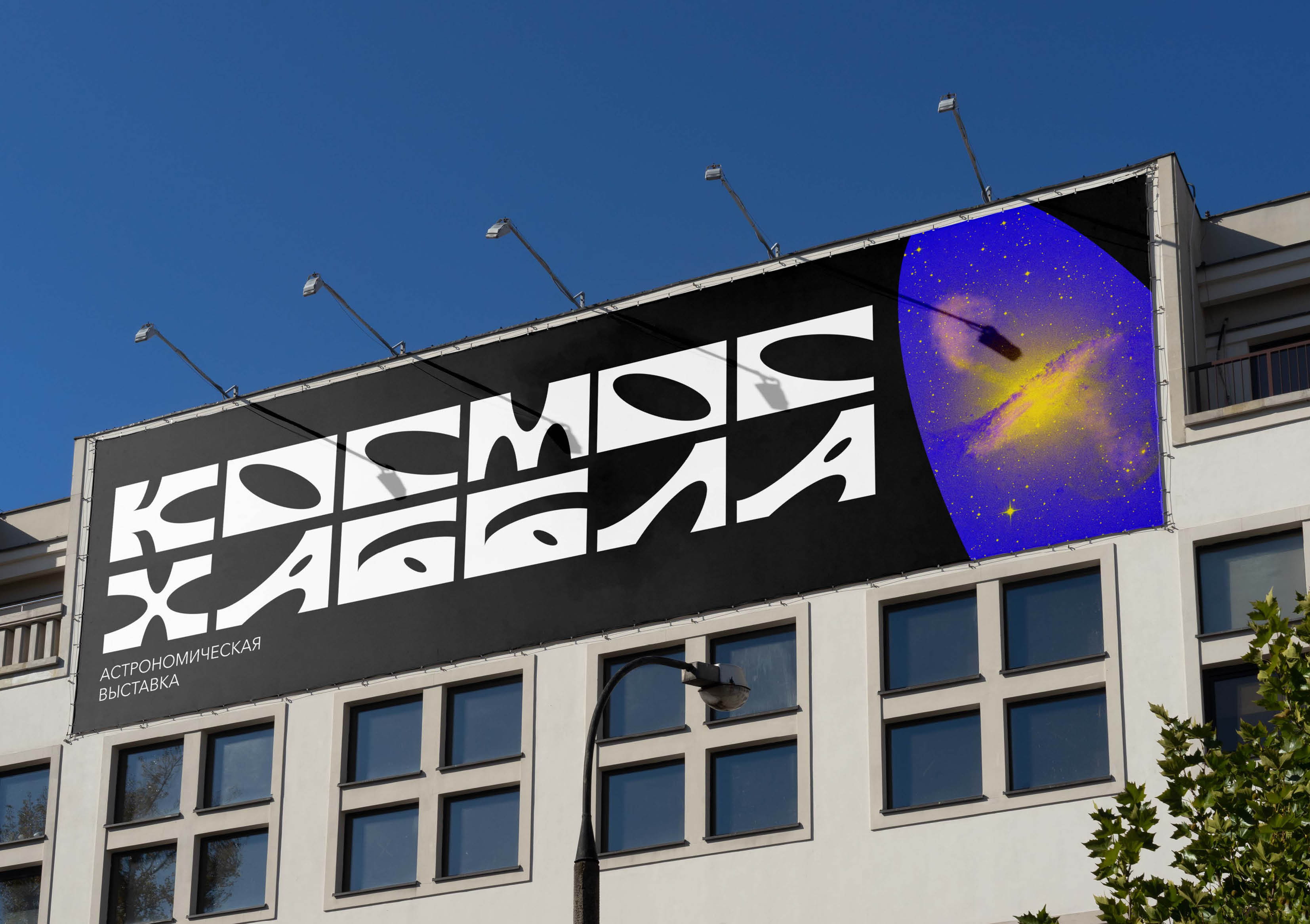 The Hubble Cosmos exhibition is dedicated to the famous astronomer Edwin Hubble and his significant discoveries related to our universe and the cosmos.

The scientist left a great legacy — the developing world of galaxies, governed by the law of his name. He made such outstanding discoveries in astronomy that they give the indisputable right to call Hubble the greatest astronomer since Nicolaus Copernicus.

Hubble proved that many objects that were previously thought to be clouds of dust and gas and classified as “nebulae” were actually galaxies outside the Milky Way. He used a strong direct relationship between the classical variable luminosity of cepheids and the pulsation period to scale galactic and extragalactic distances.

Hubble provided evidence that the rate of expansion of the galaxy increases with increasing distance from Earth, a property now known as “Hubble’s law”. Hubble’s law implies that the universe is expanding.

Hubble’s name is very significant among astronomers. He is widely known for the Hubble Space Telescope, named after him.

Inspired by such amazing discoveries of Hubble, I developed a modular accidental font, also a corporate identity for the exhibition in honor of the scientist. The font with its plasticity reminds us of the universe and planets. Moreover, all illustrations are processed by a filter that reminds us of raw photos from a telescope. The font set is quite dense, which embodies the space of space. 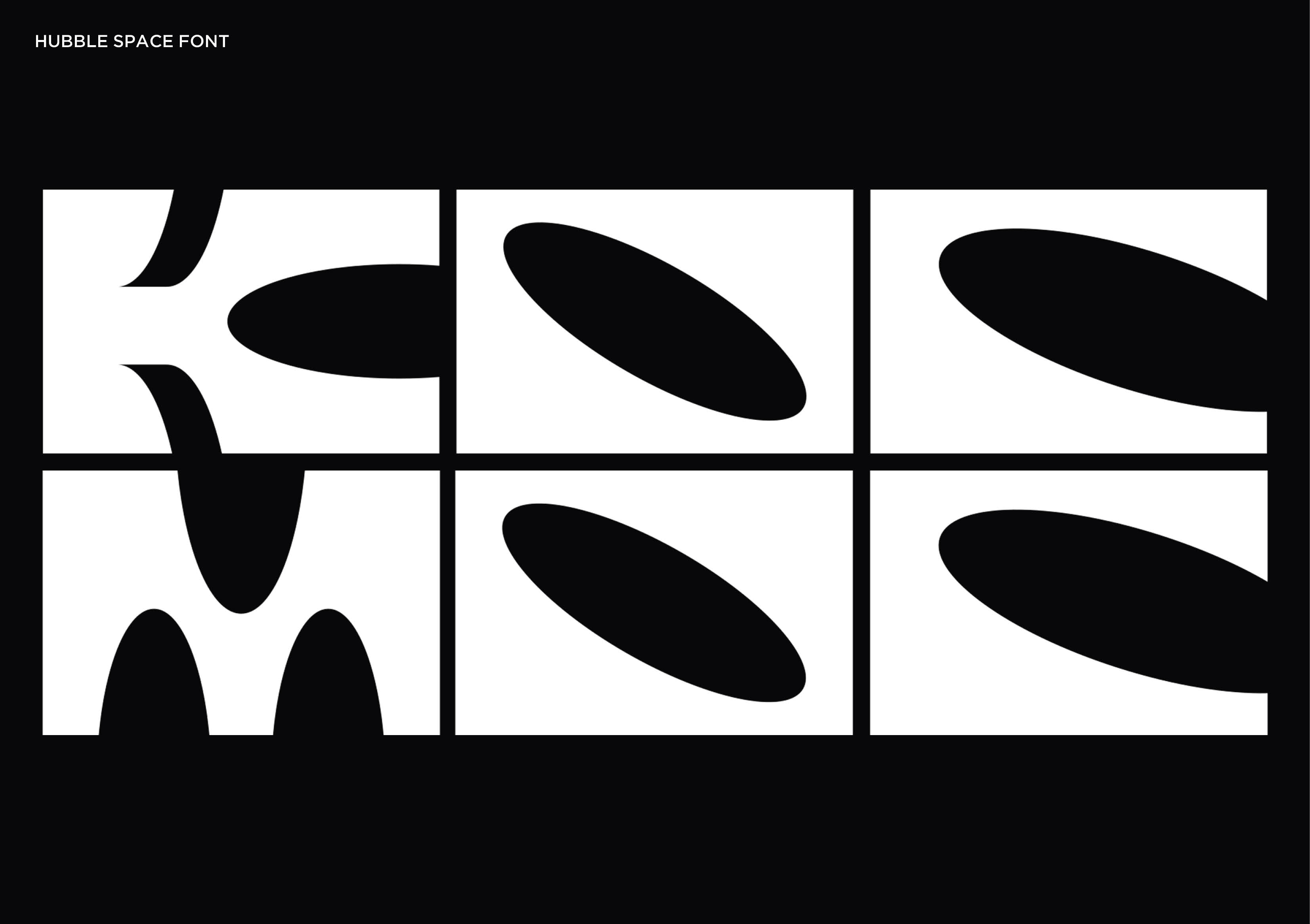 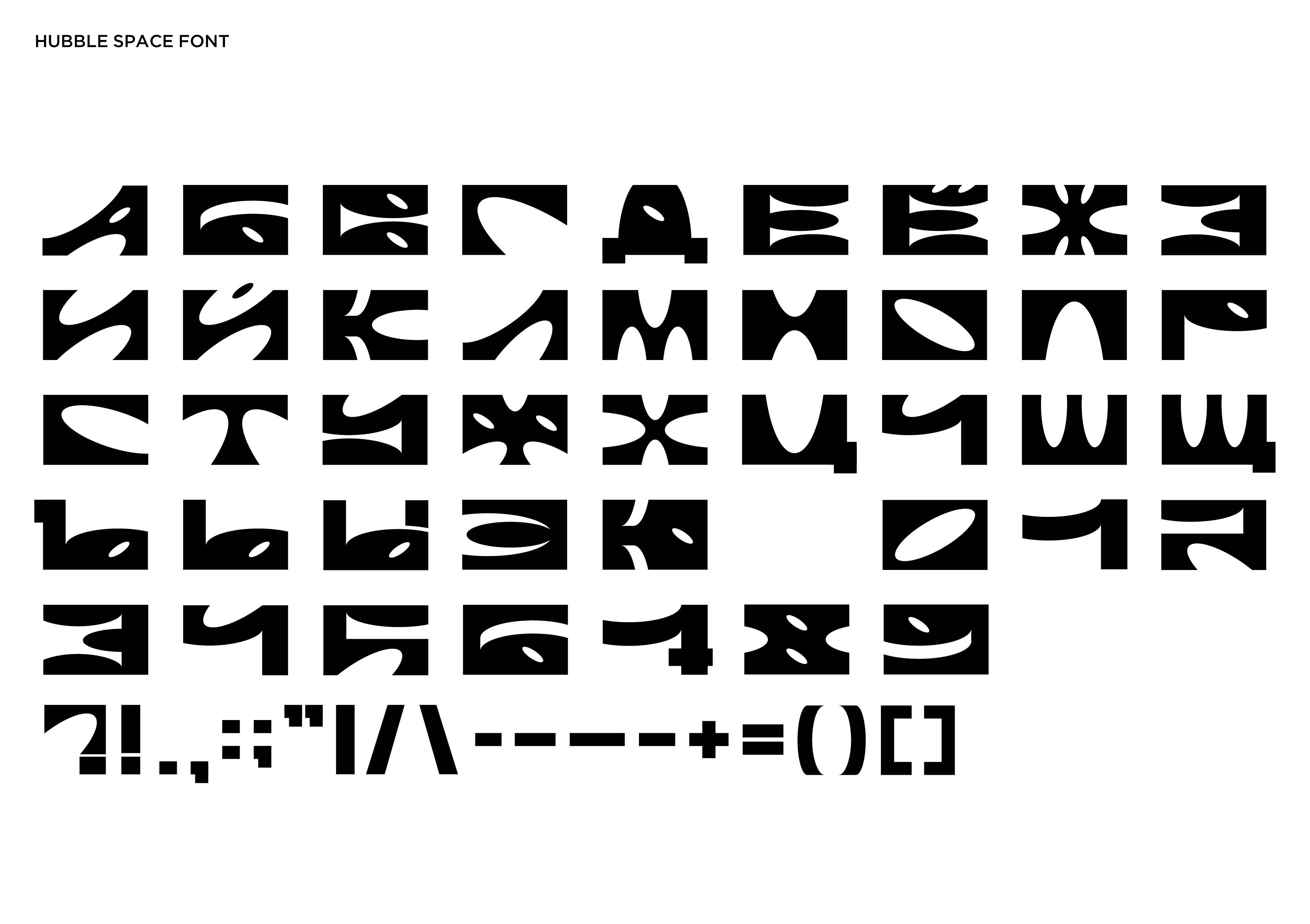 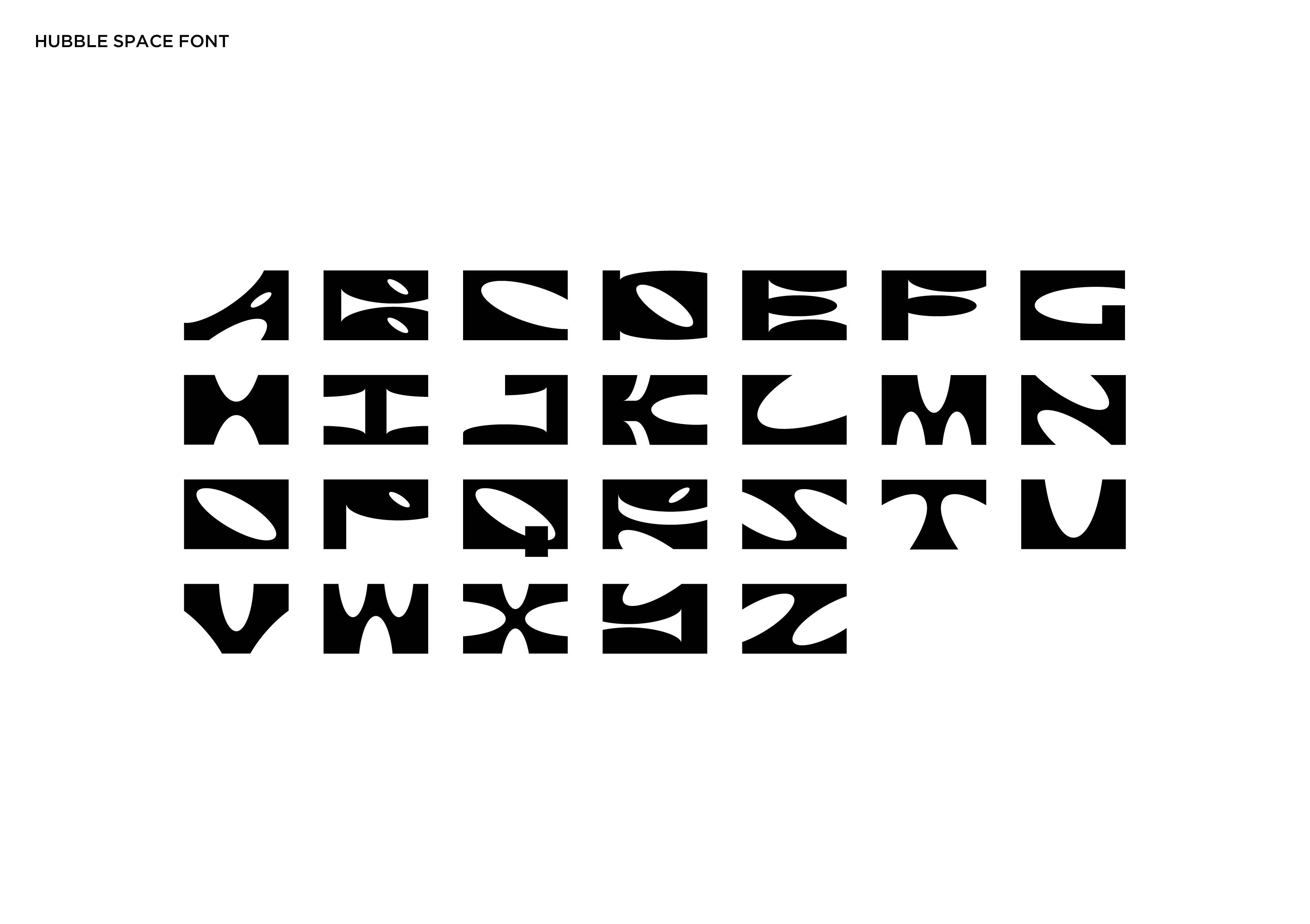 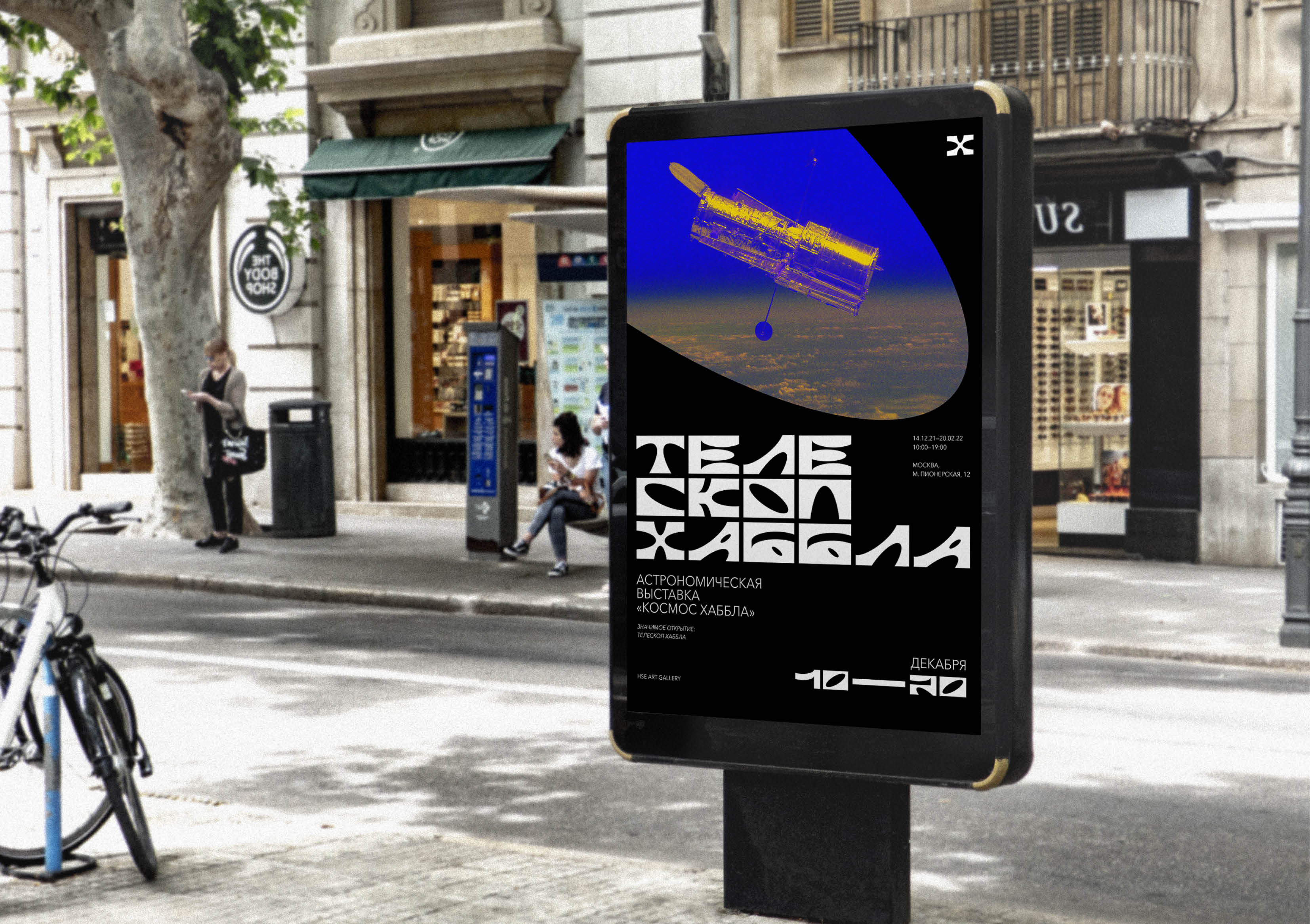 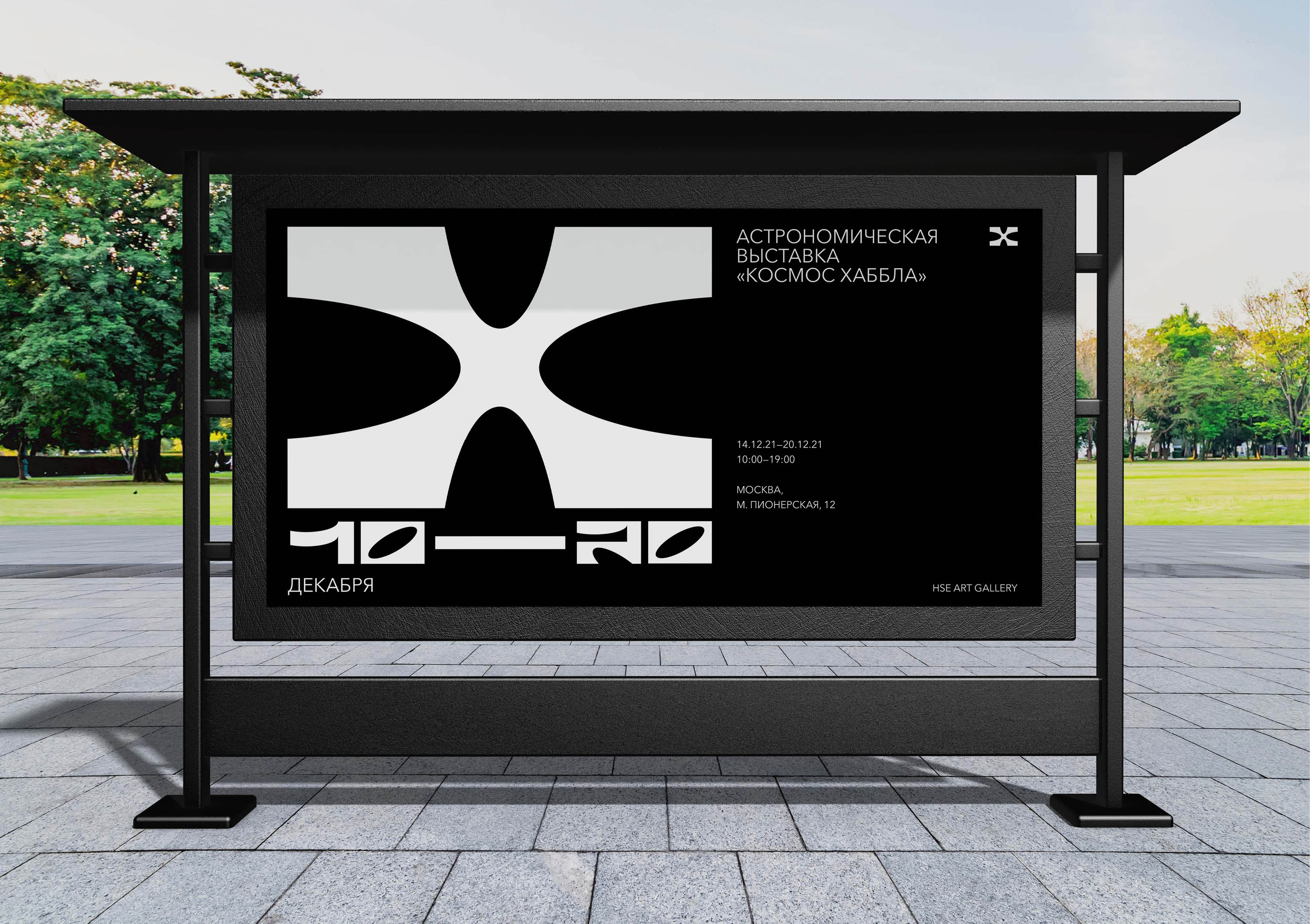 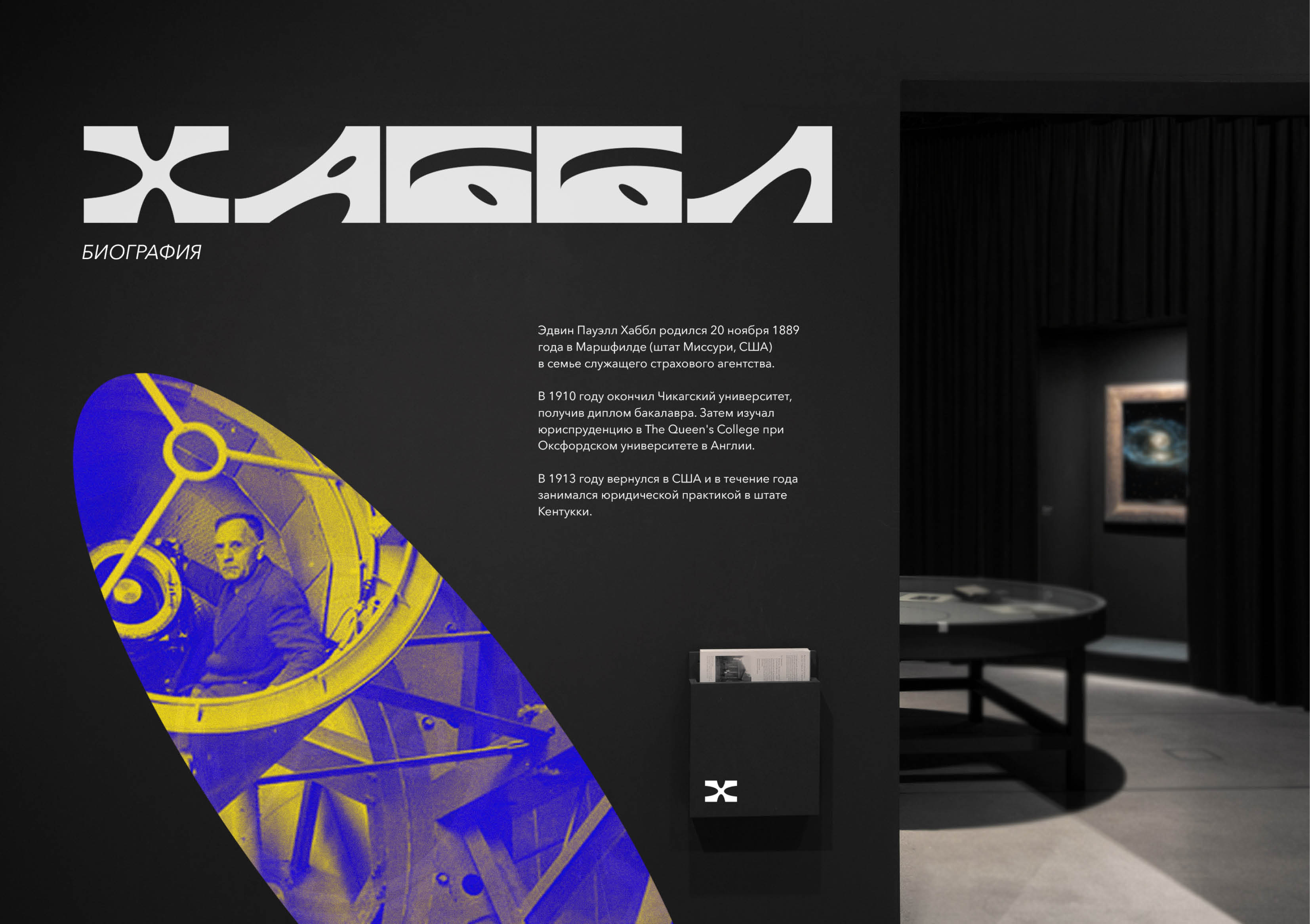 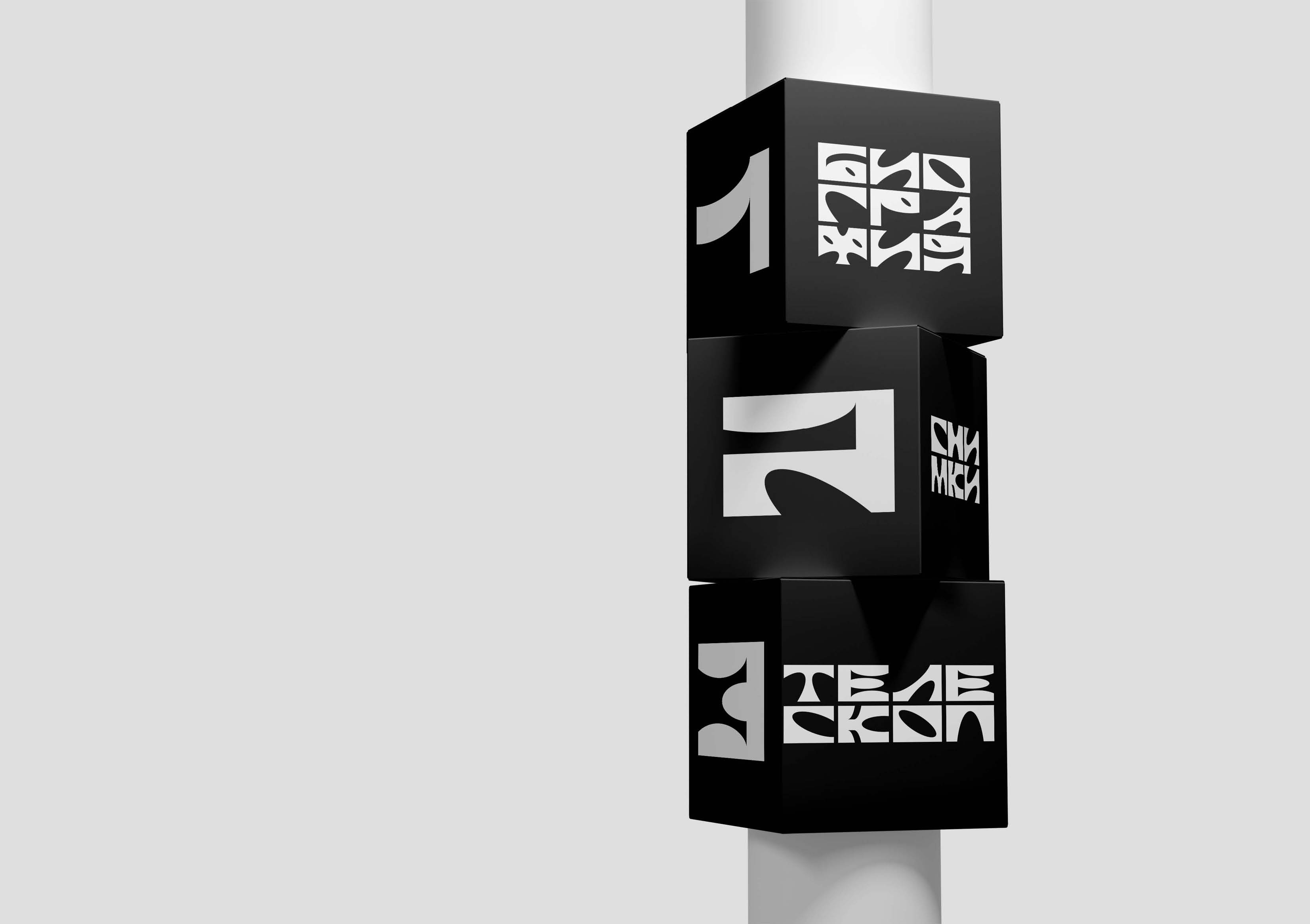 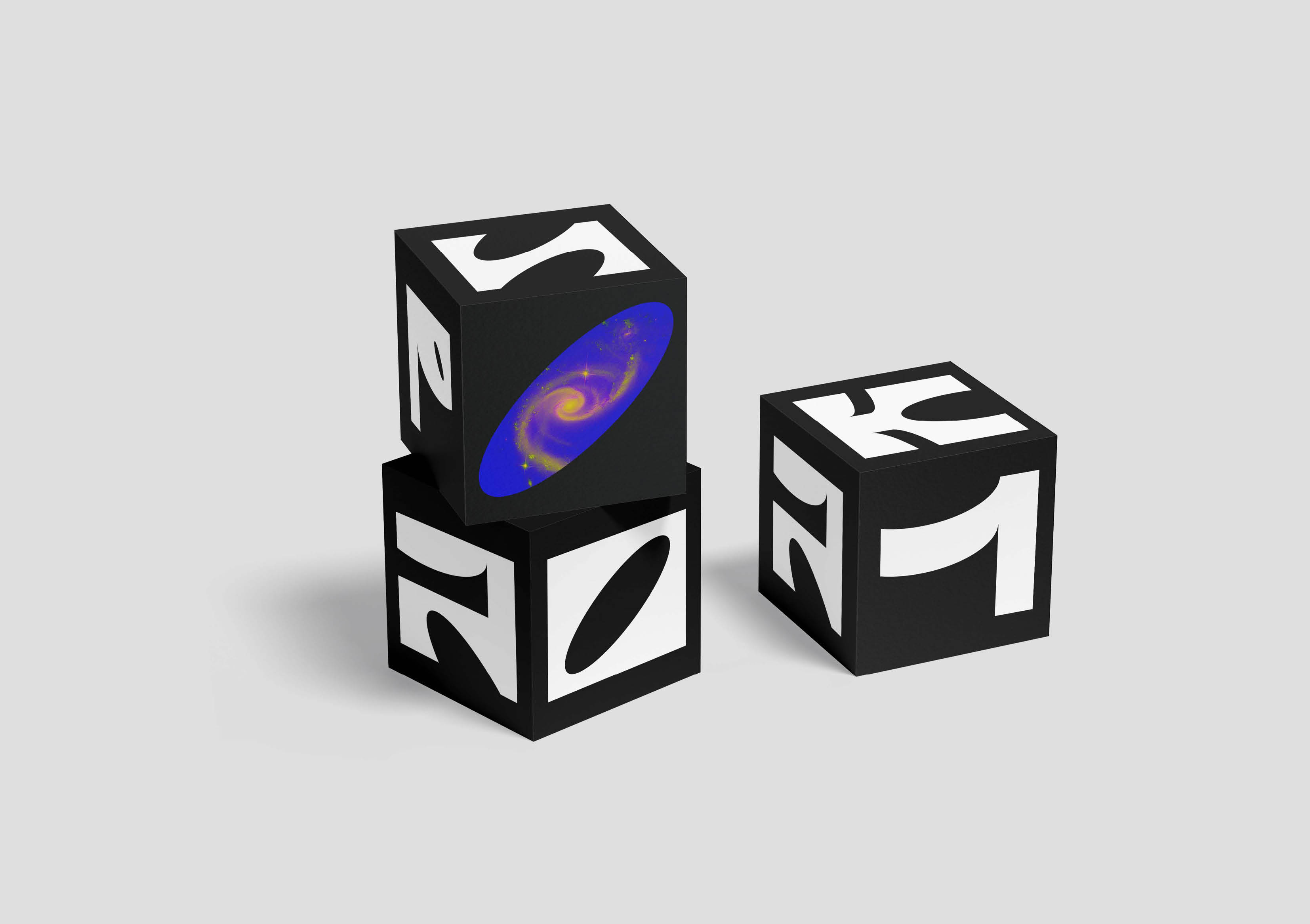