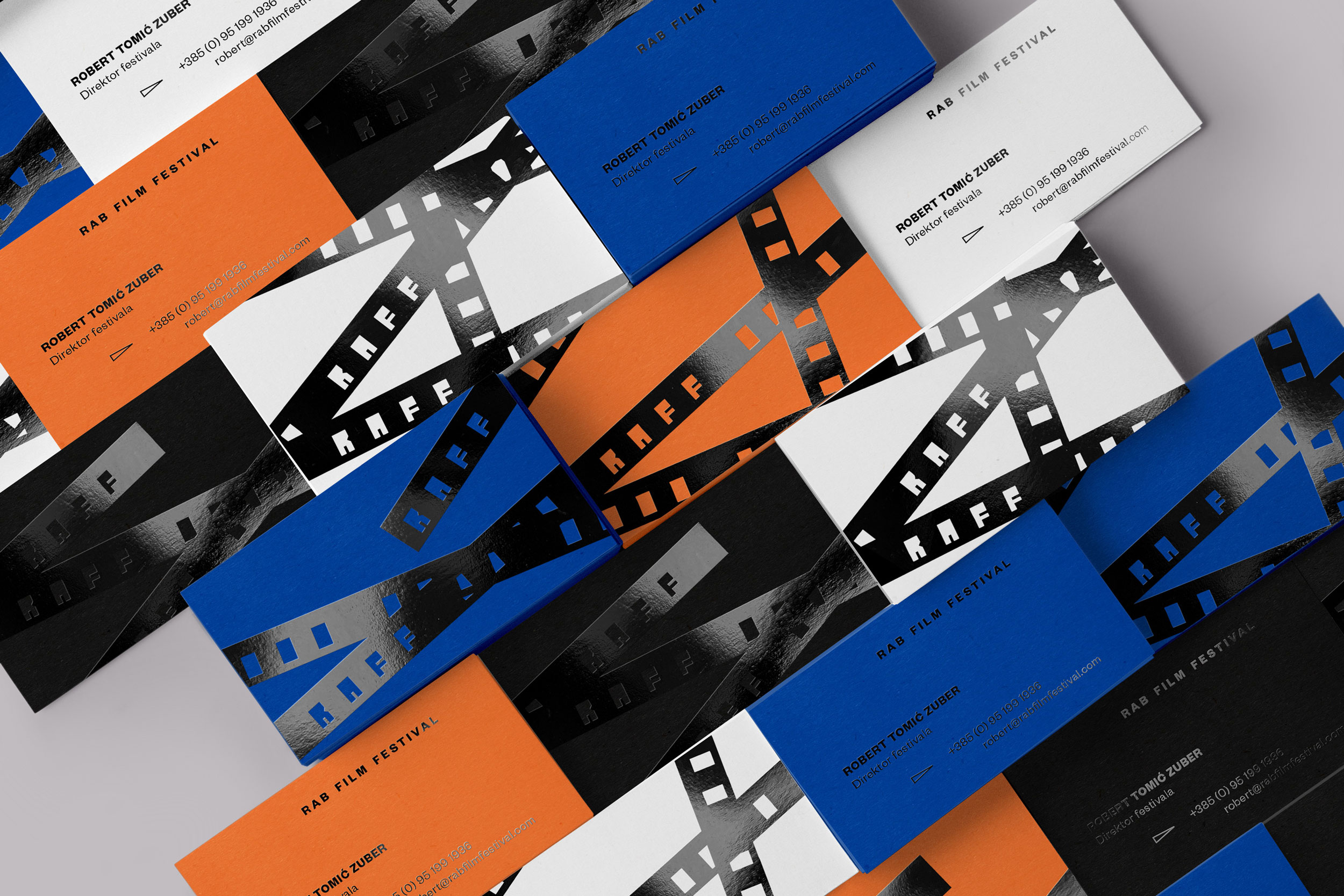 RAFF (Rab Film Festival) is a festival of Investigative films, Fiction and Documentary, conceived as a new platform for filmmakers, artists, and journalists with the need to address topics of public interest. It is a manifestation that is taking over the festival niche, which is not yet sufficiently recognized and thus becomes the first and only festival of its kind in the wider region. RAFF Festival Director is an award-winning journalist and documentary filmmaker Robert Tomic Zuber.

The focus is on intriguing titles that carry elements of exploration of current global and local issues and phenomena.

The basis of the RAFF identity is the filmstrip as a document, record, and basis of traditional values that suggest true investigative journalism. The RAFF filmstrip marks and highlights what is important to pay attention to. Investigates, discovers, questions, deliberates …

RAFF typography was designed and implemented as a film perforation.

Identity is designed modularly, where RAFF filmstrip marks material elements, information, photos or environmental elements. Other elements of identity also follow the distinctive iconography of the film. The basis of identity is black and white, and the primary tone scale is based on blue and orange (complementary pair), which are related to the island of Rab identity and film colors.

The Rab Film Festival also brings unique attractions that make this festival special: RAFF SKALINADA – the red-lit steps of the old city instead of the usual “red carpet” at the festival’s opening; boat cinema on the evening of the festive closing ceremony and award ceremony – RAFF SEAPLEX “Kaich”; the attractive music program RAFF BEAT; the local eno and gastro tradition presented by the RAFF GASTRO program and an educational part of the RAFF GENERATION program.

The festival takes place in the picturesque town of Rab, an ideal location that allows its guests to experience a different, more intimate approach to the film event. Guests can also get acquainted with the interesting film history of Rab, which is presented through festival postcards, each carrying an interesting Rab story.

The RAFF FRAME award is designed in such a manner that the basic elements which carry the information are film slides, places in a space made from RAFF tapes. The analogous process of photograph making was chosen as the basis of the concept of the award, representing a return to traditional values that advocate real investigative journalism. The information about the author, the name of the movie and still from the movie were directly transferred to the slide film. 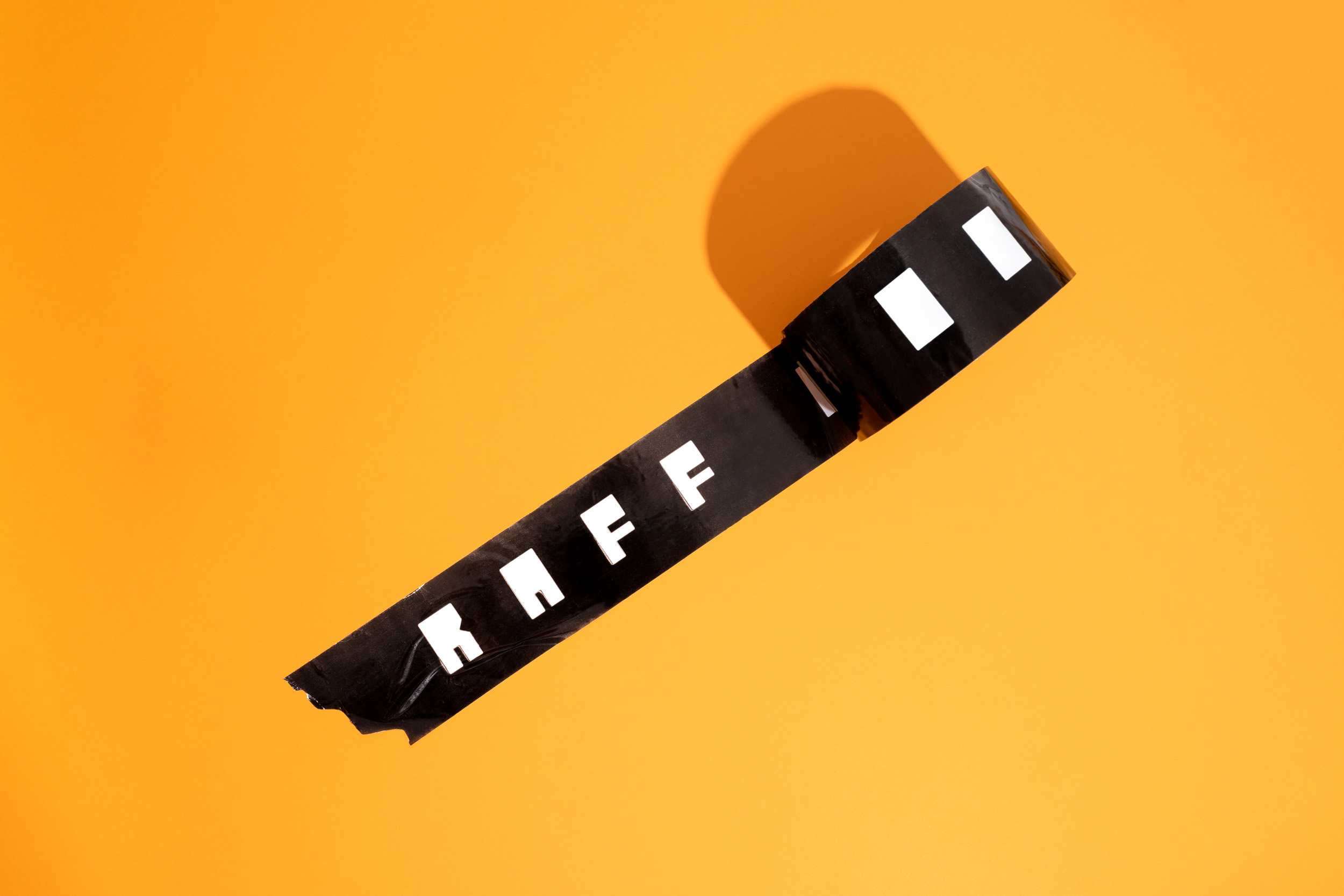 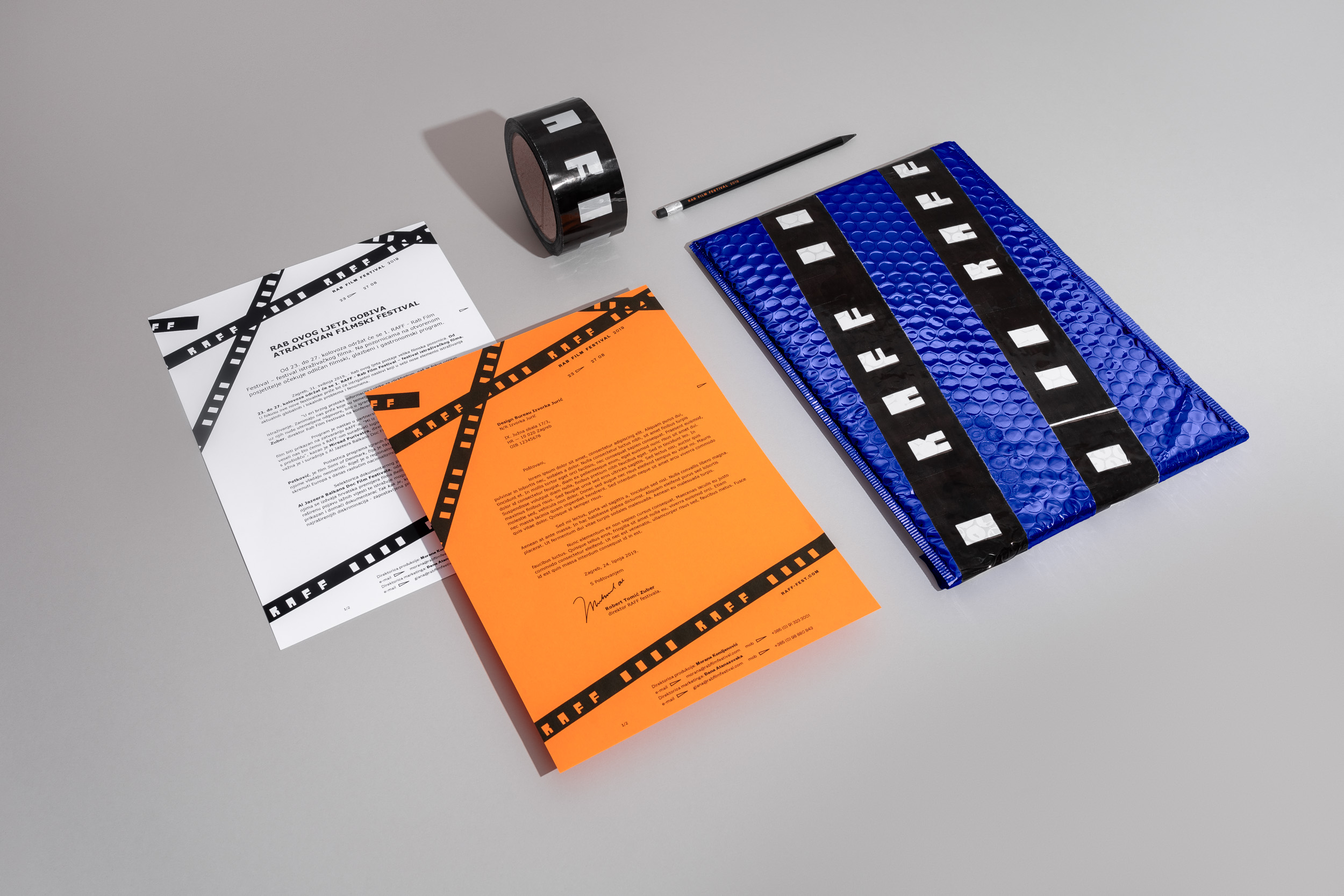 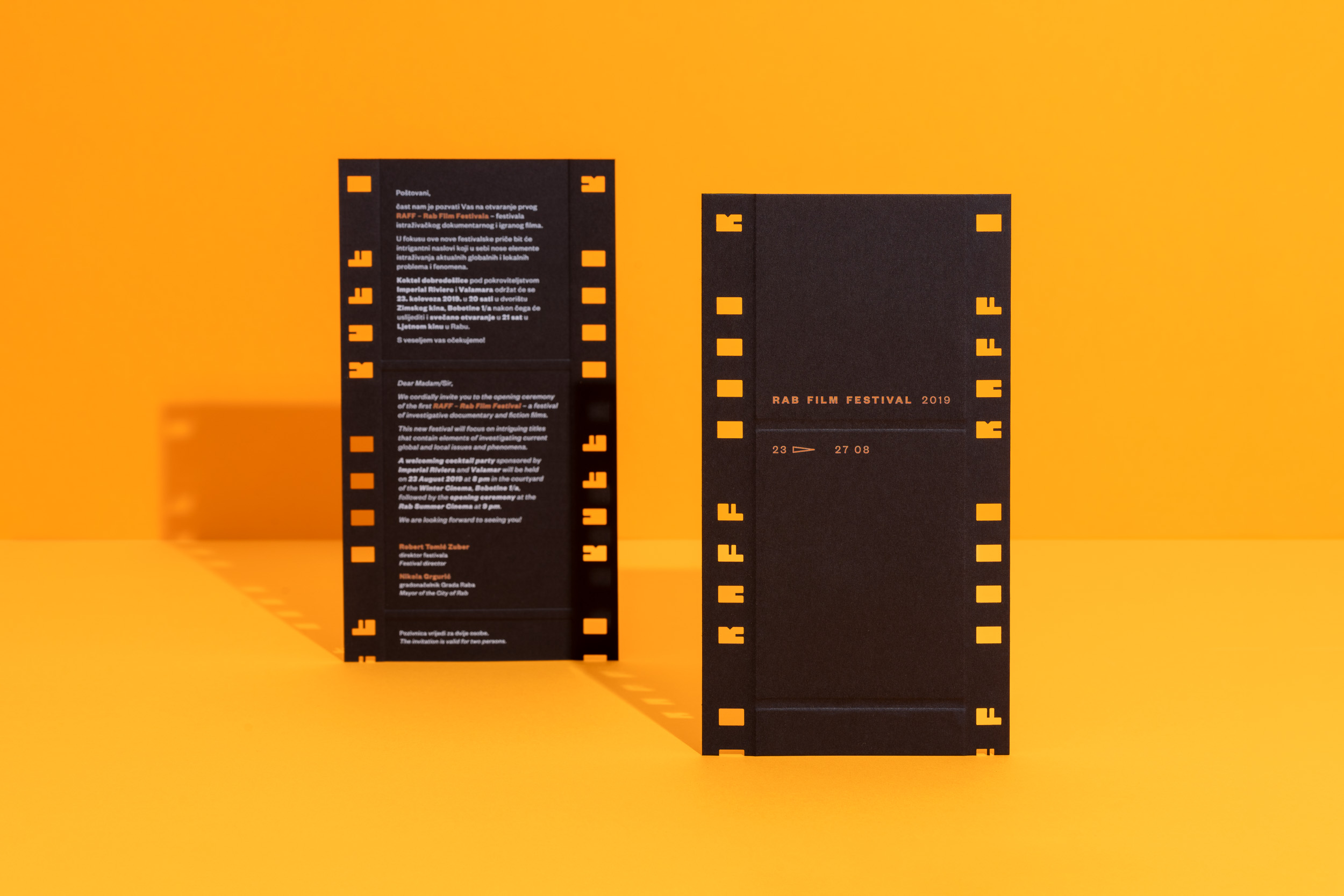 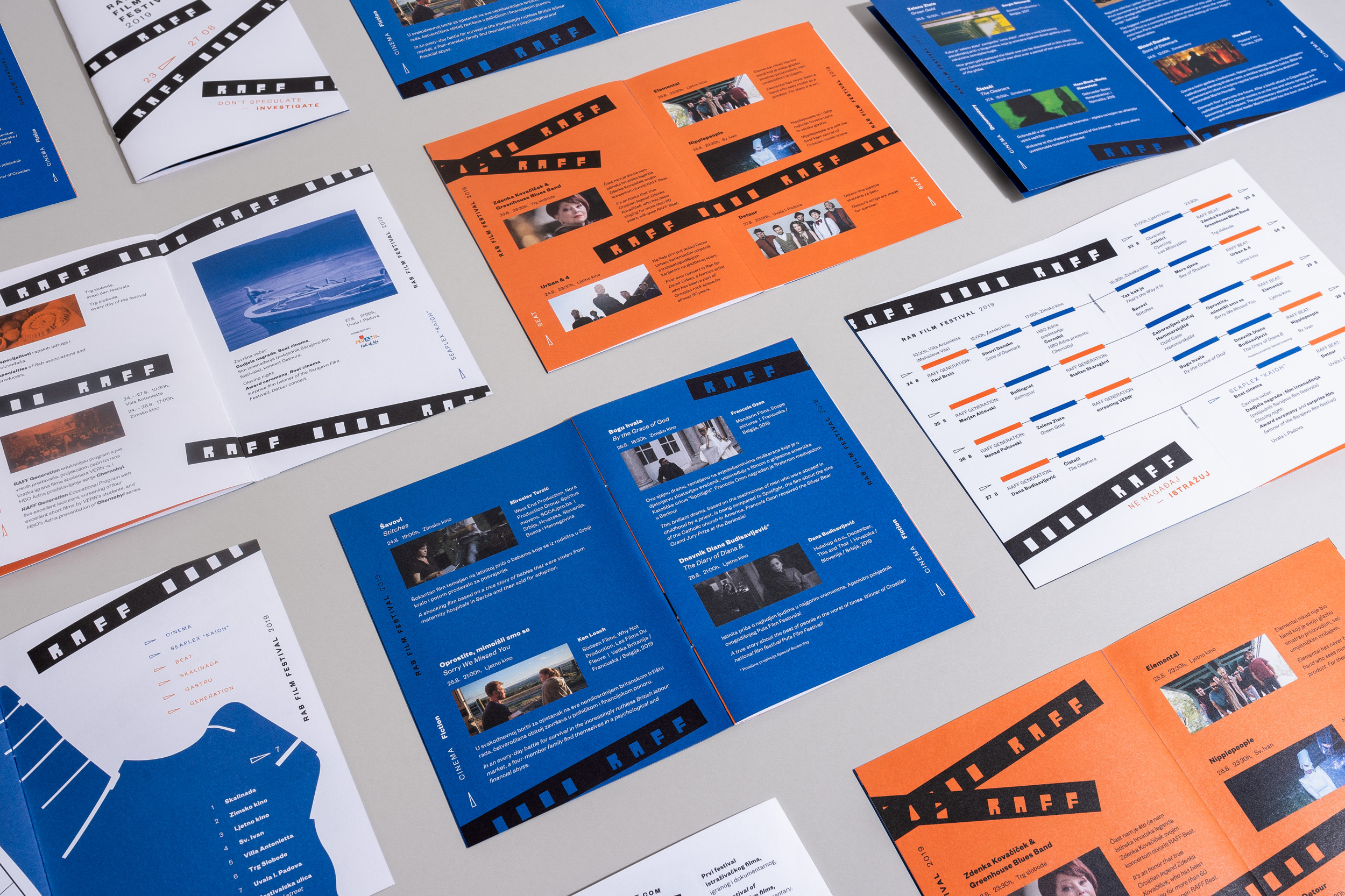 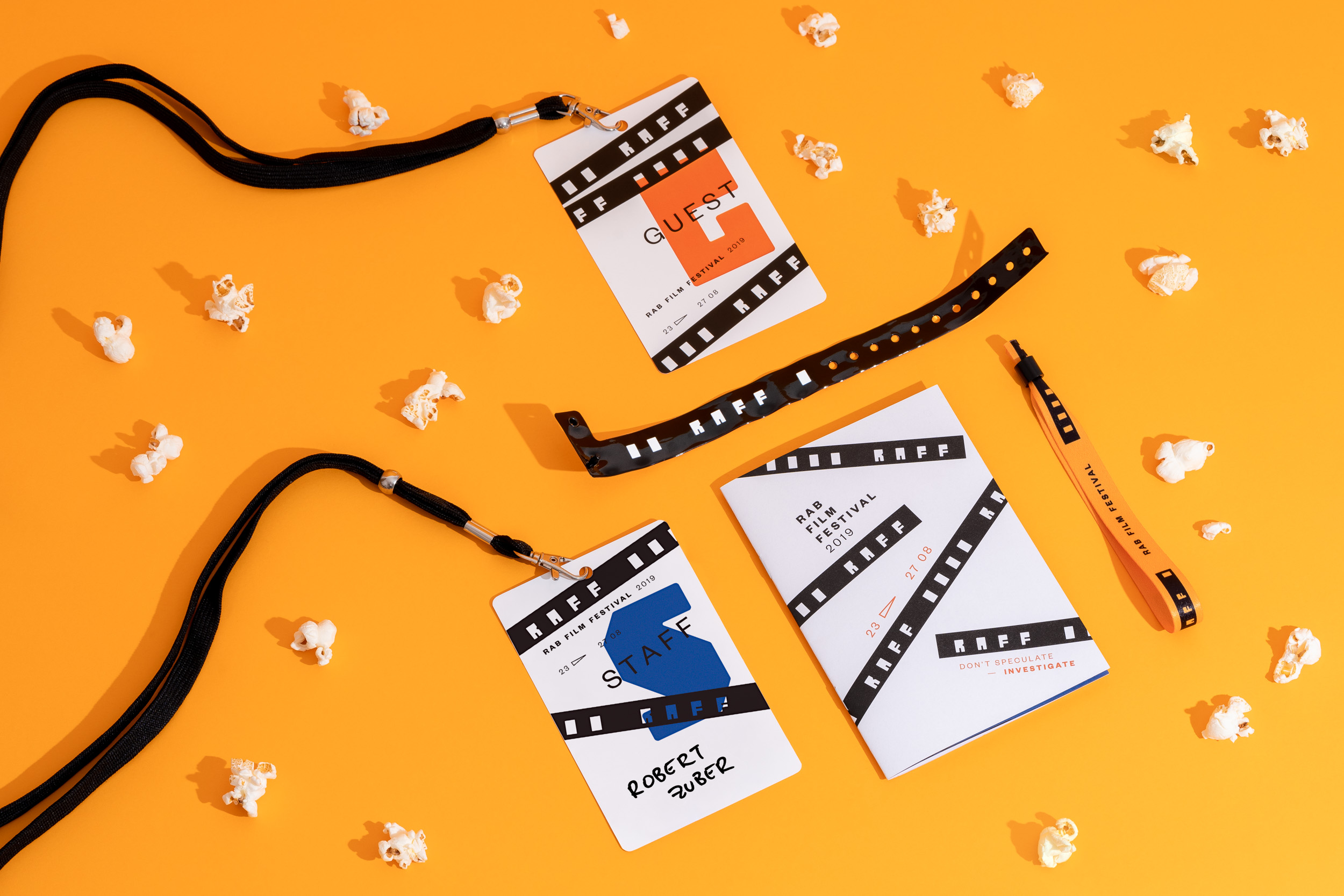 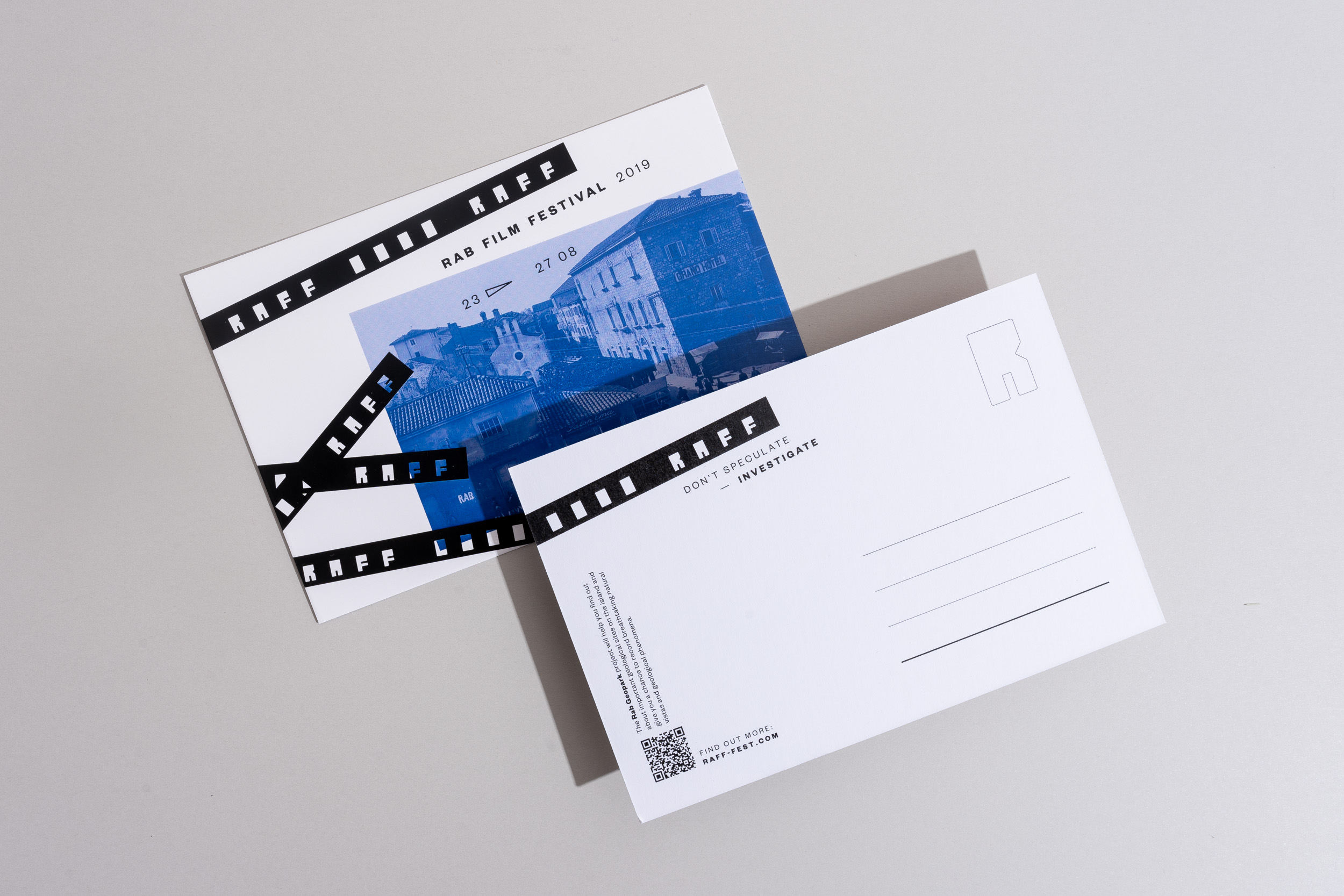 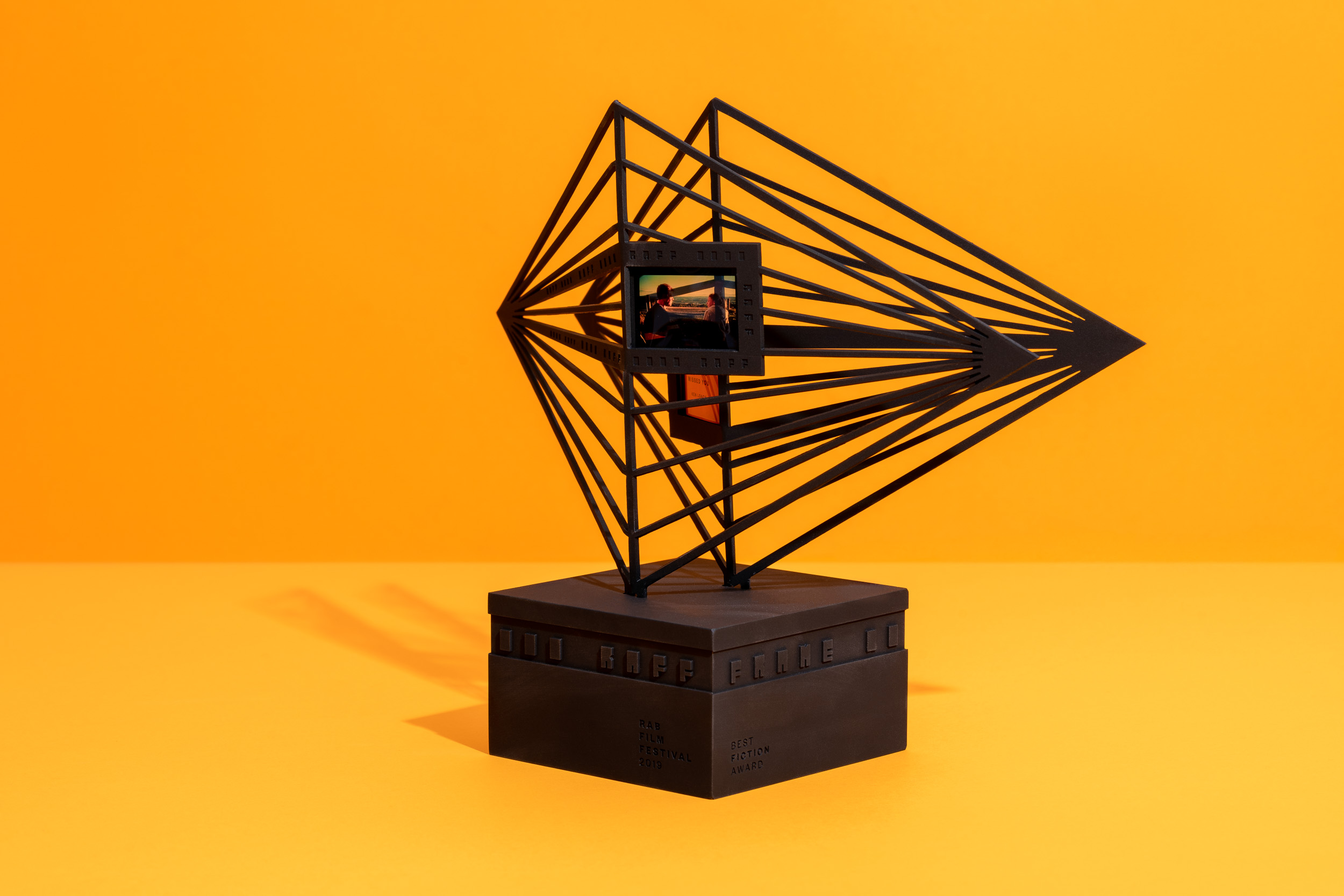 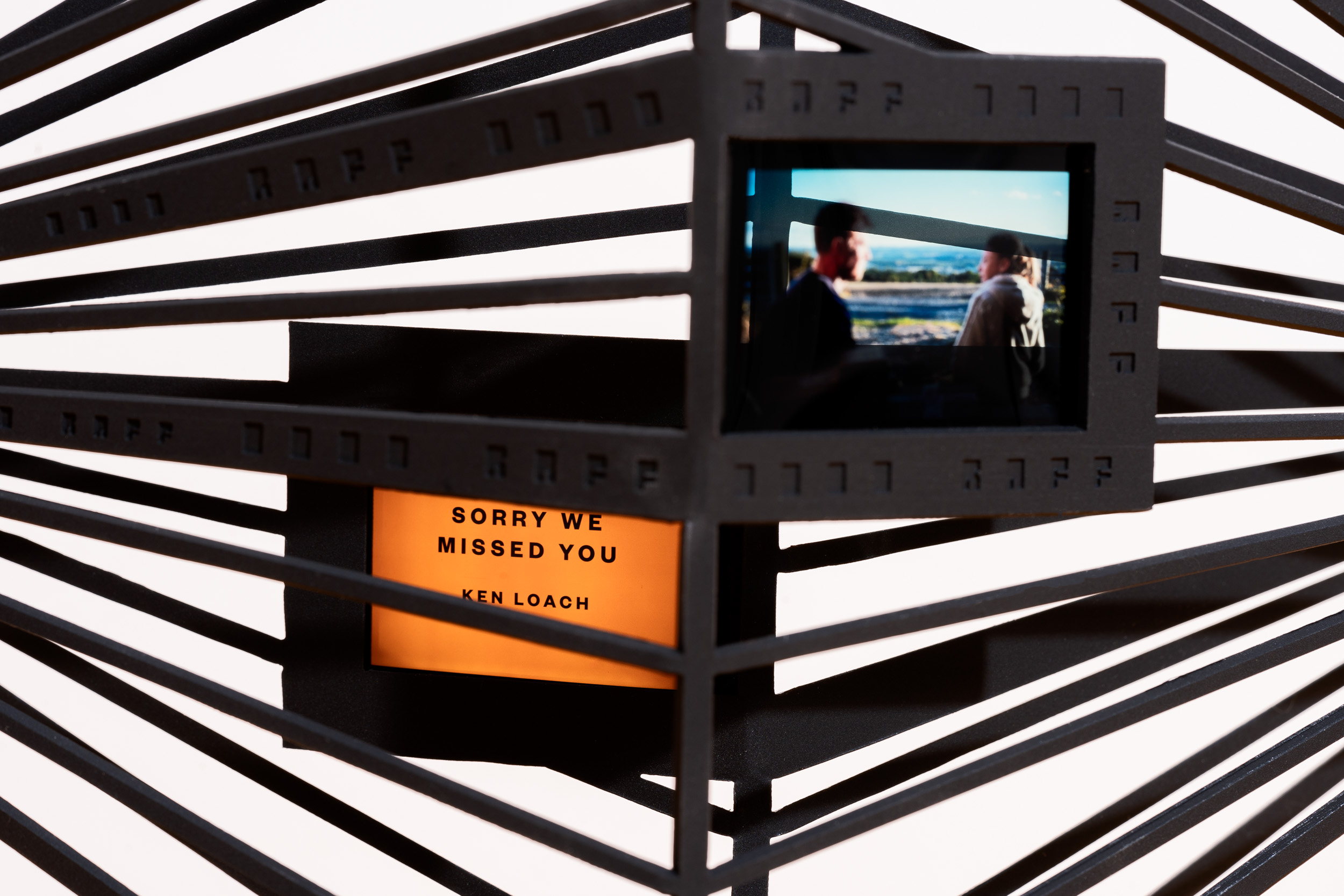 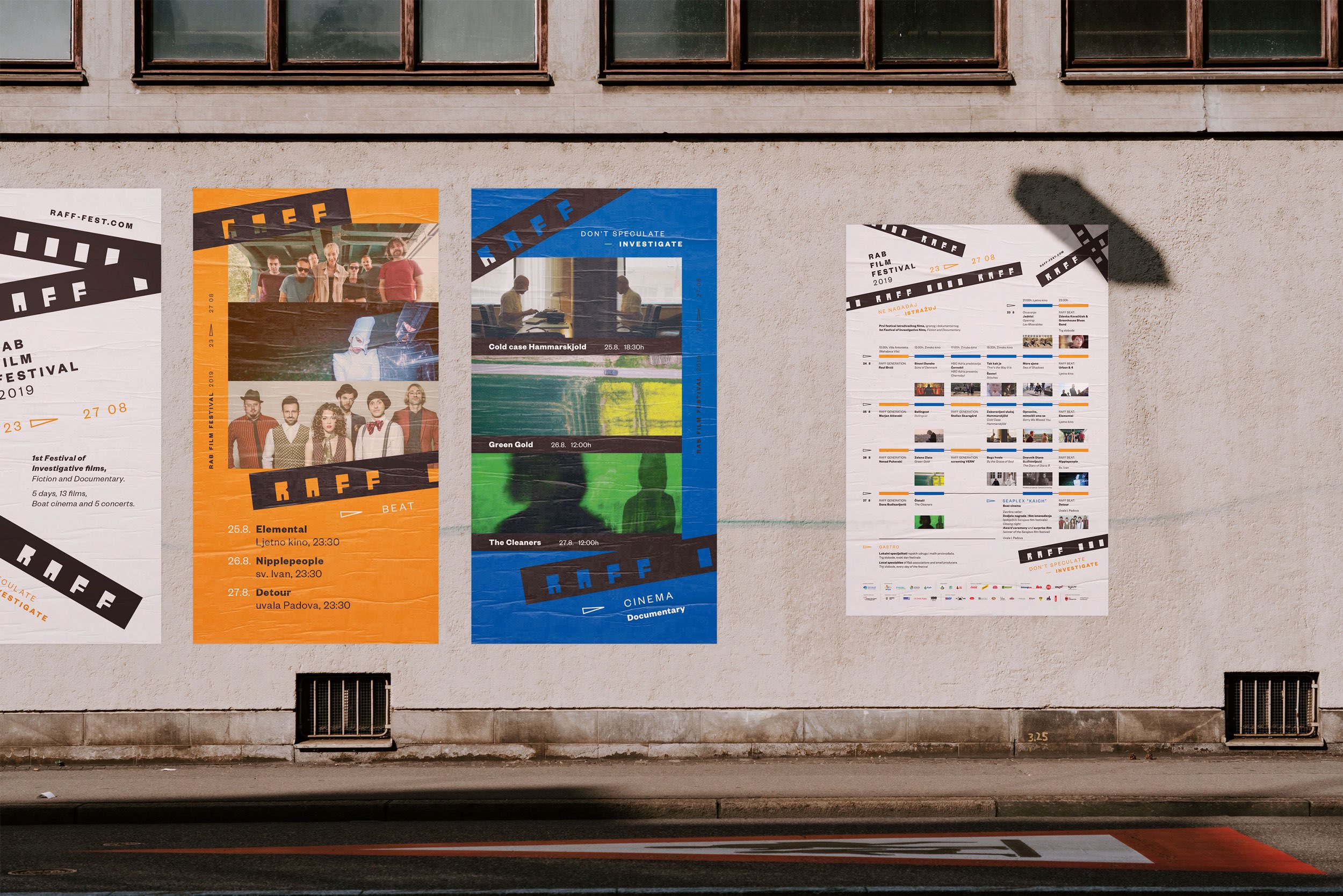 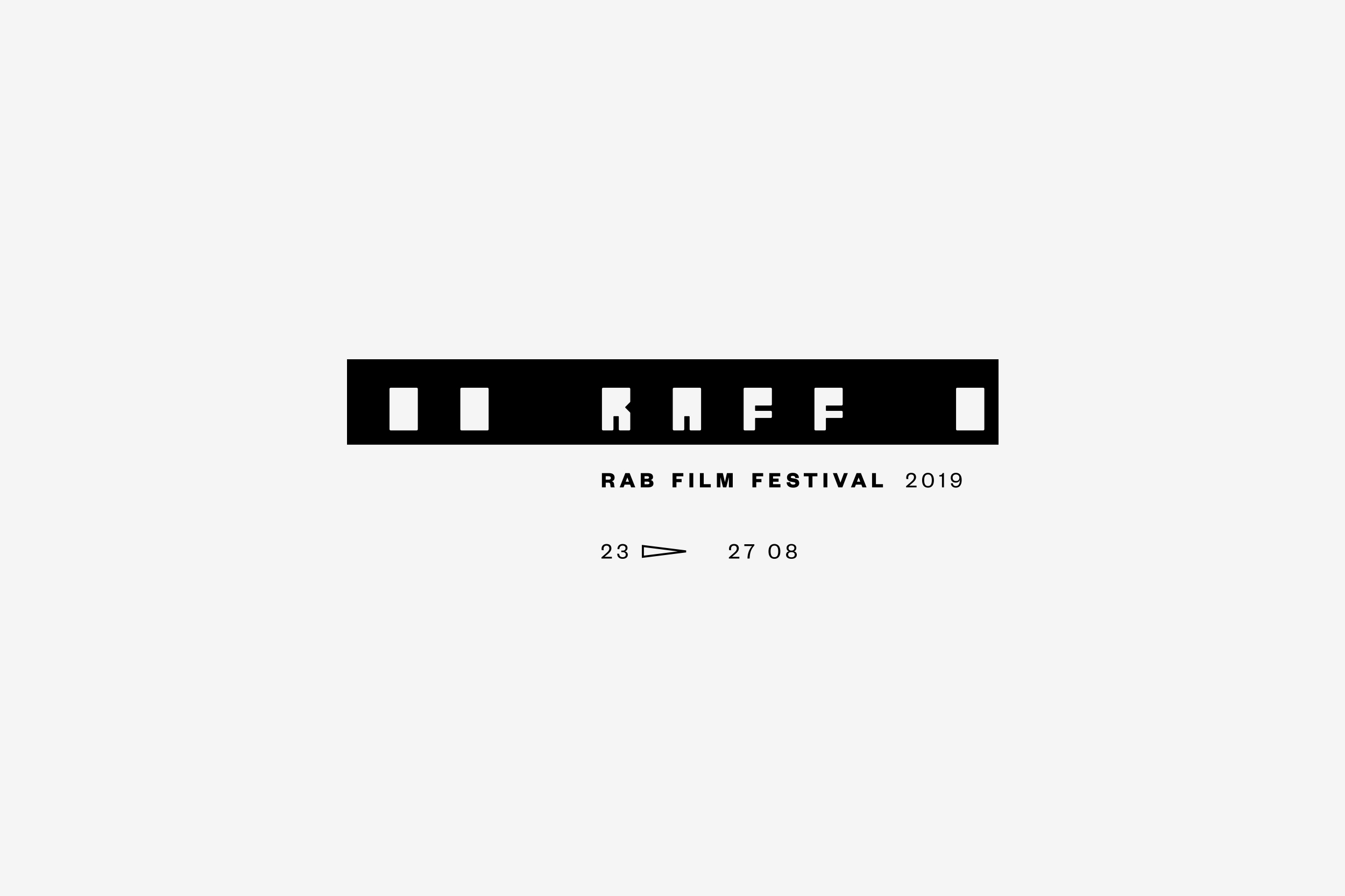 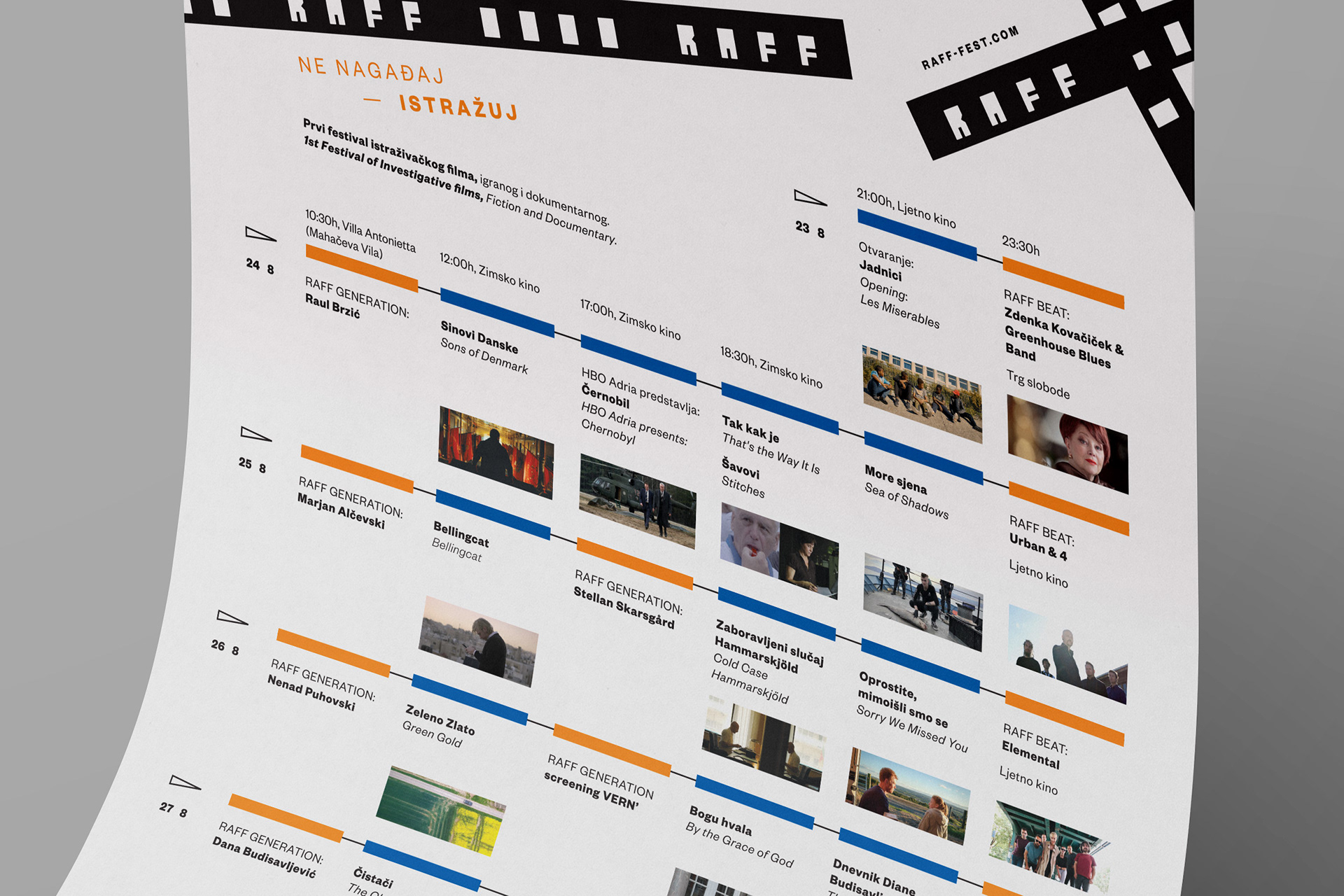 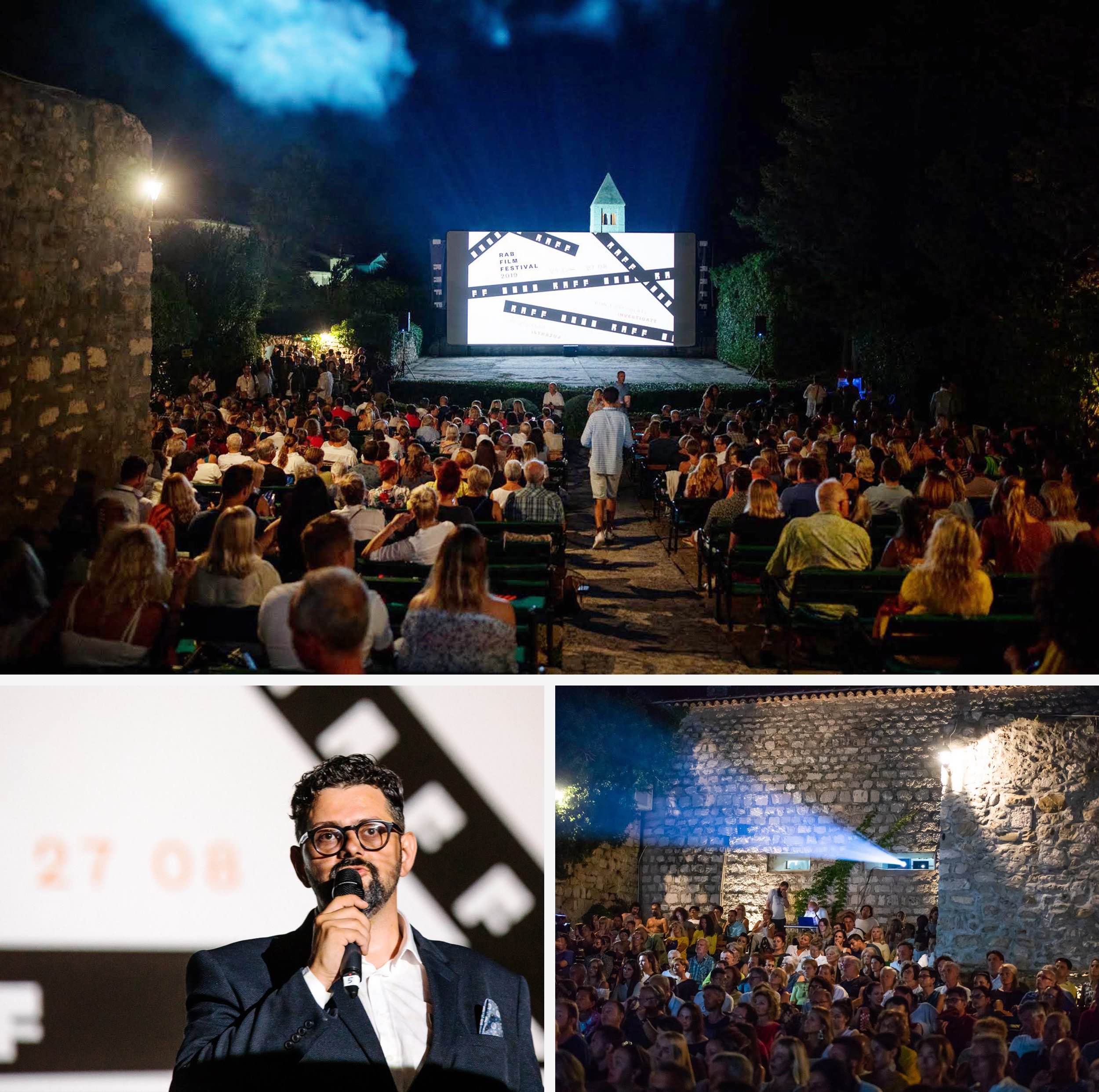 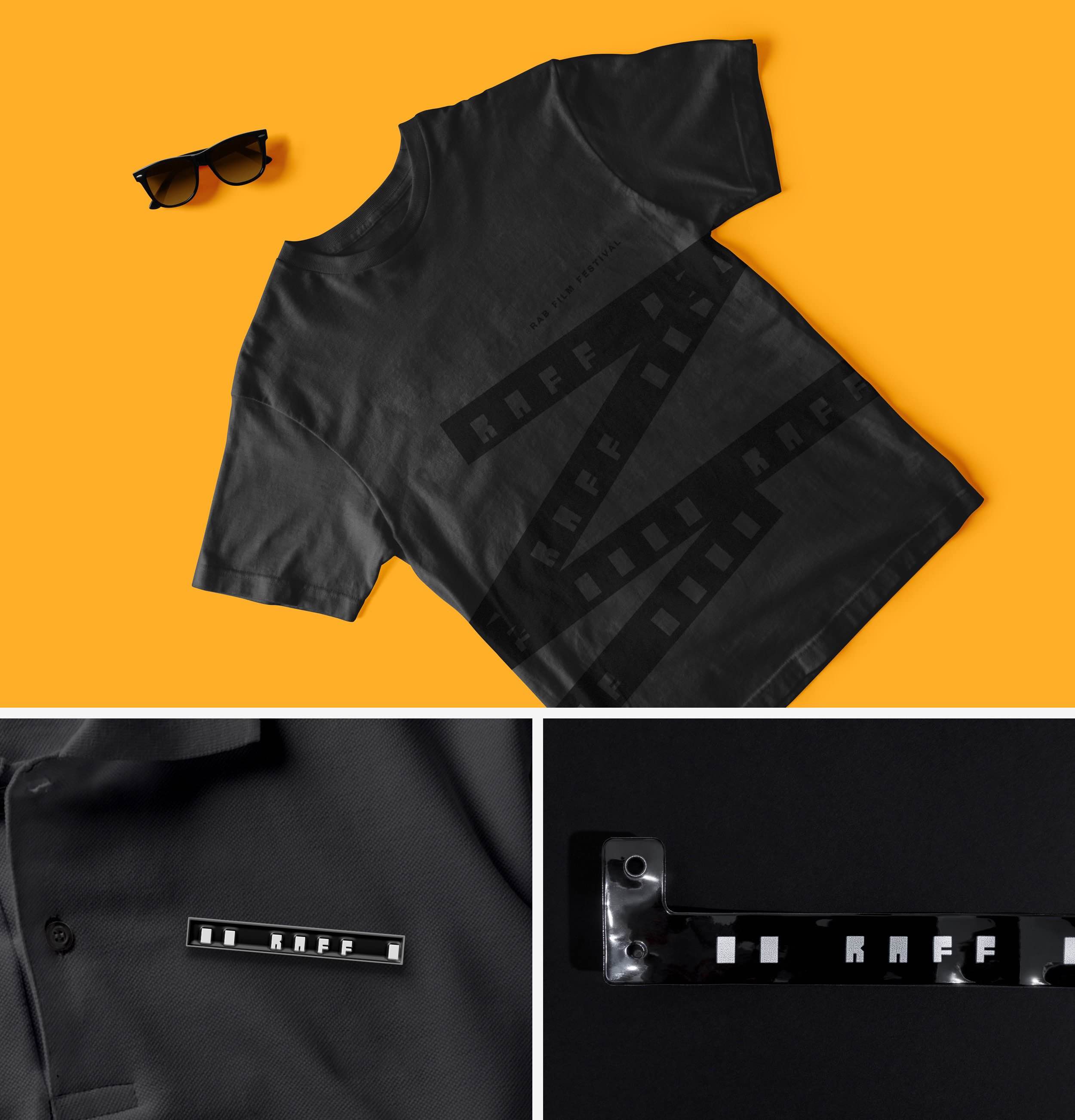 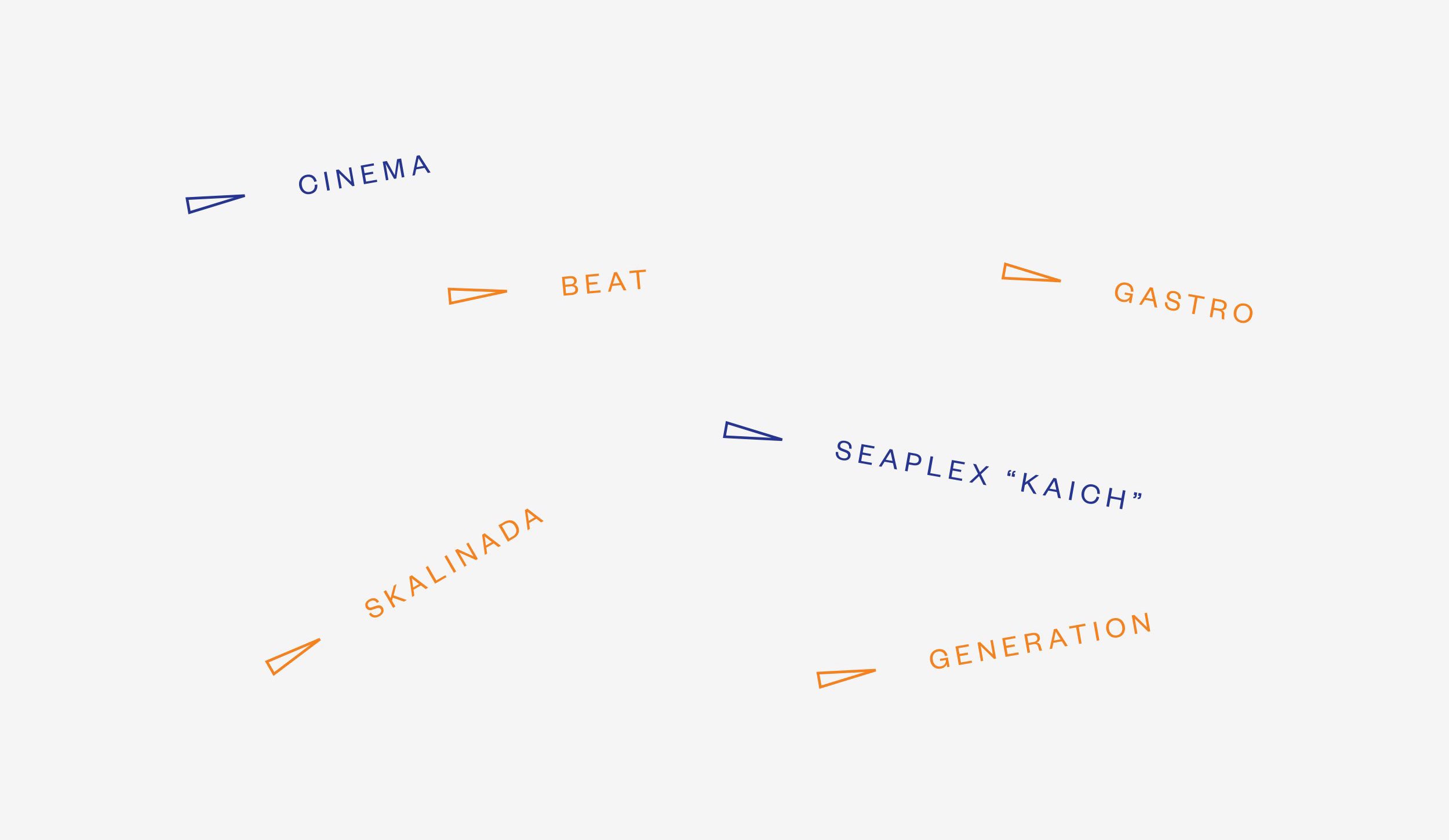 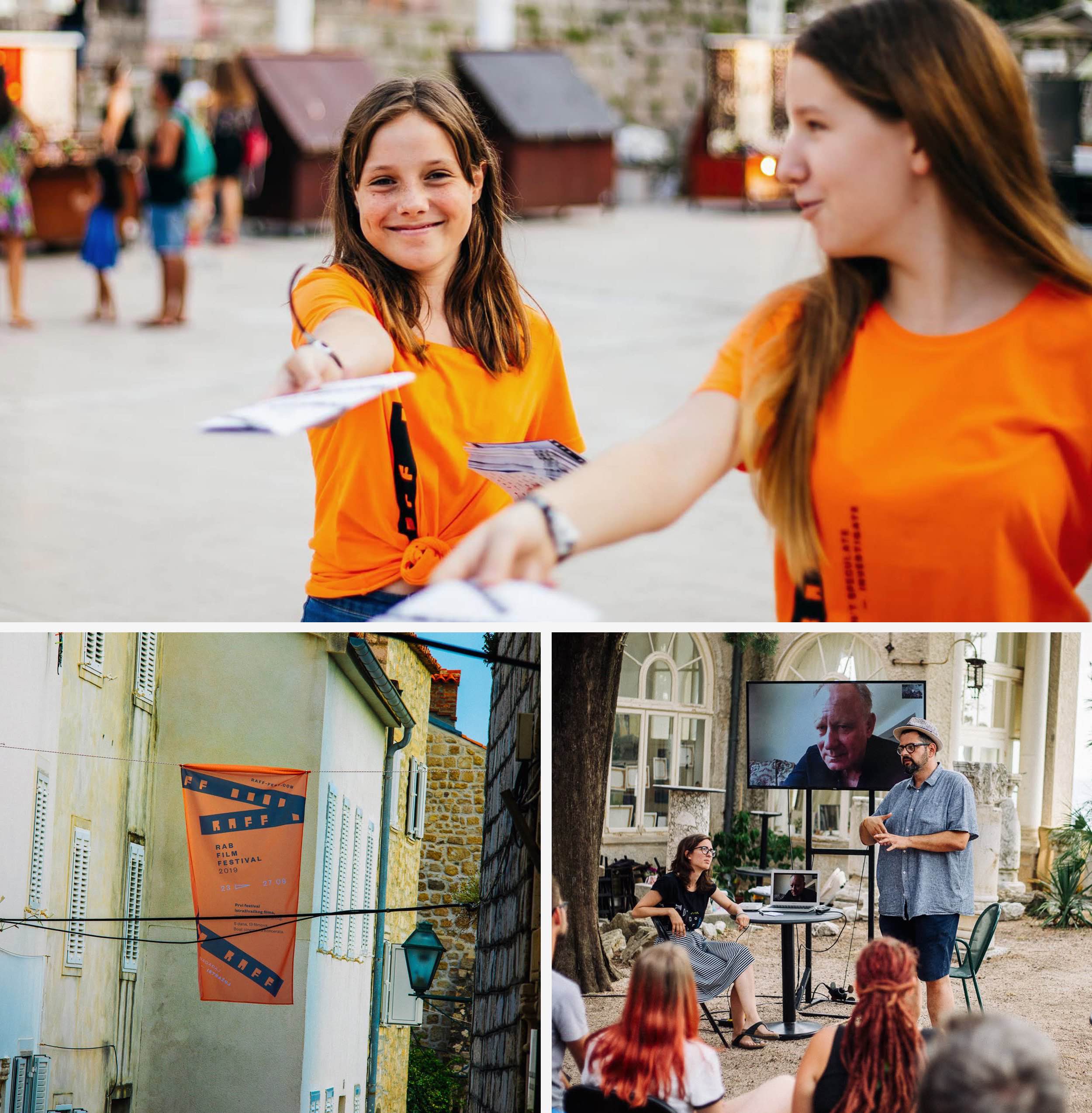 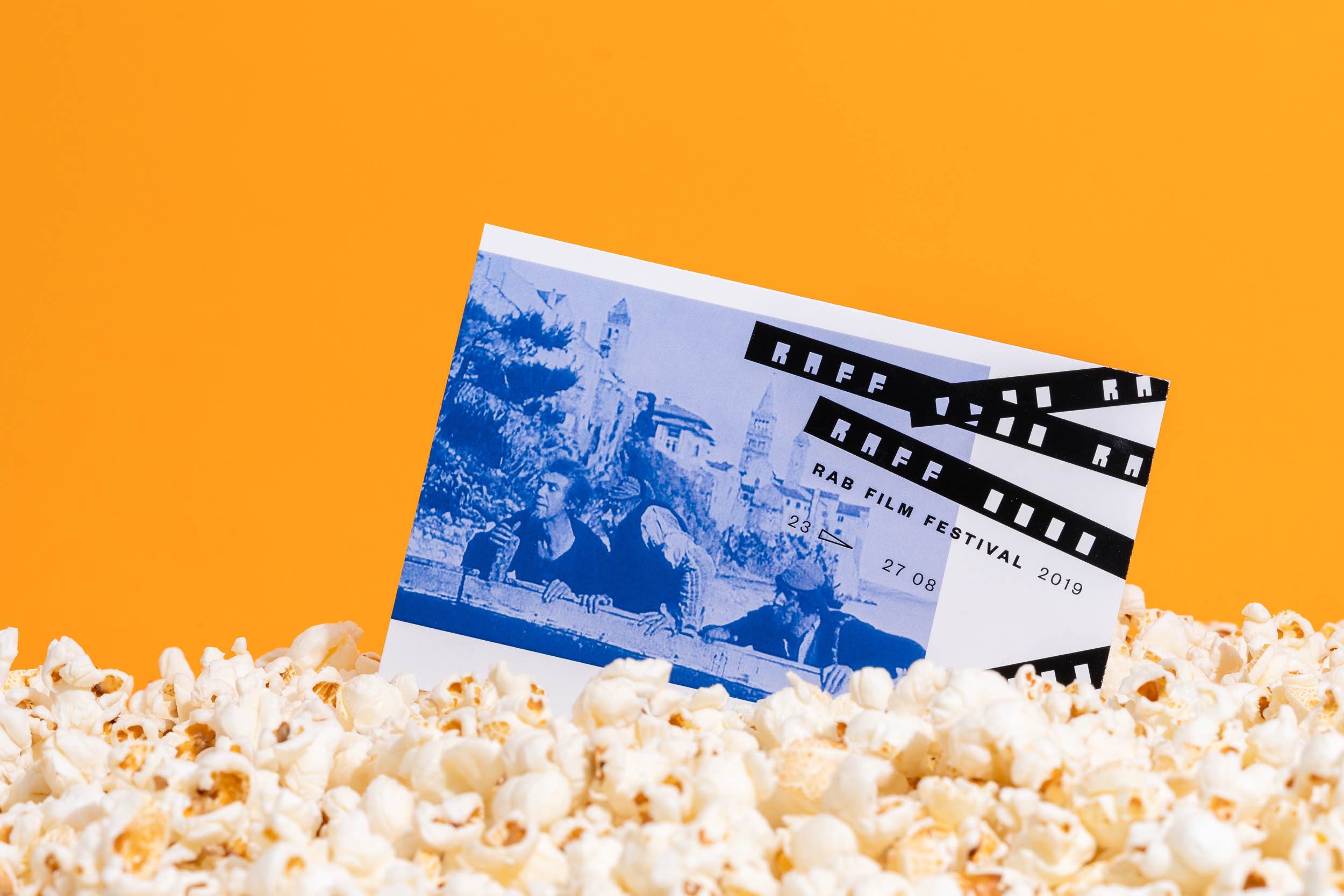 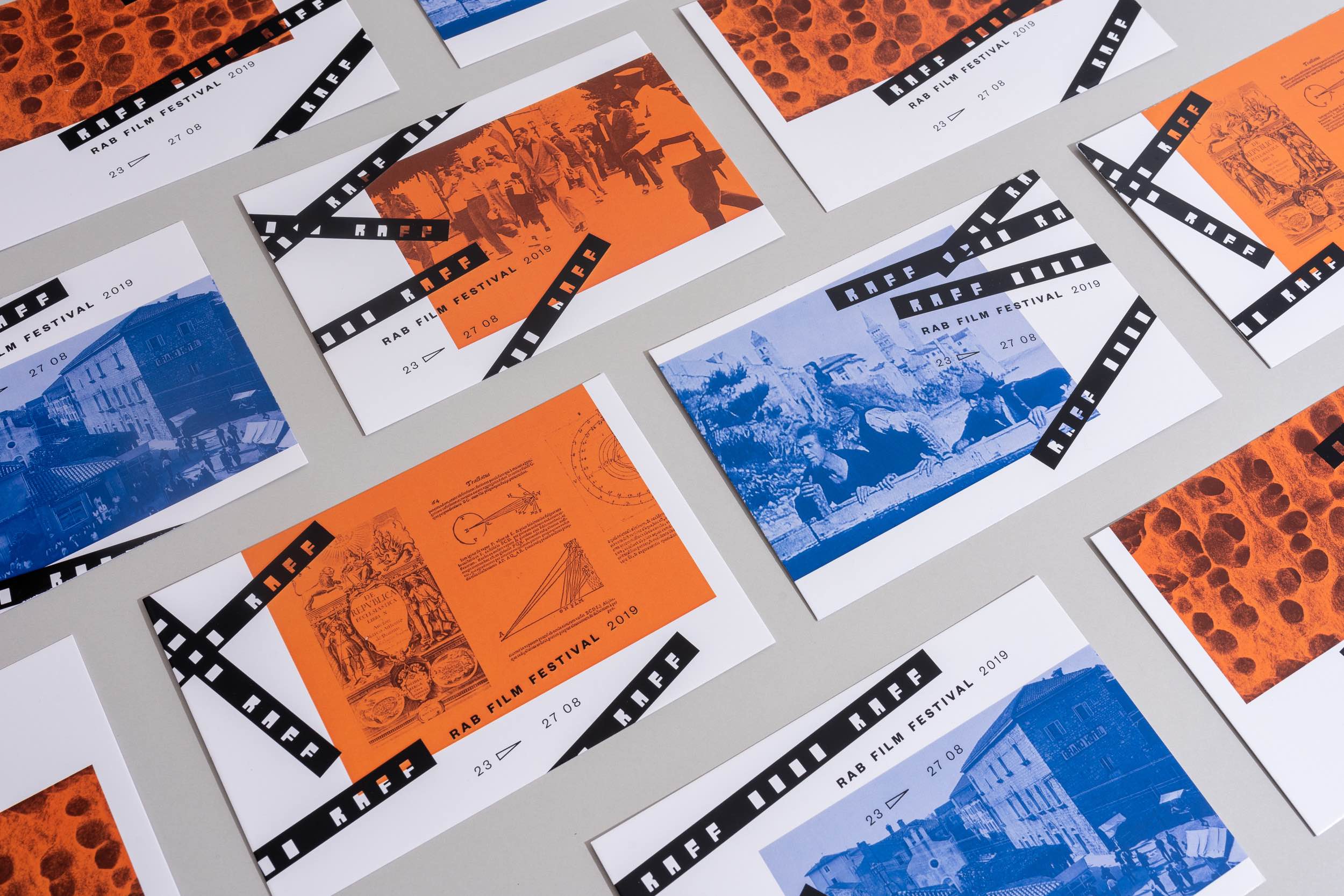 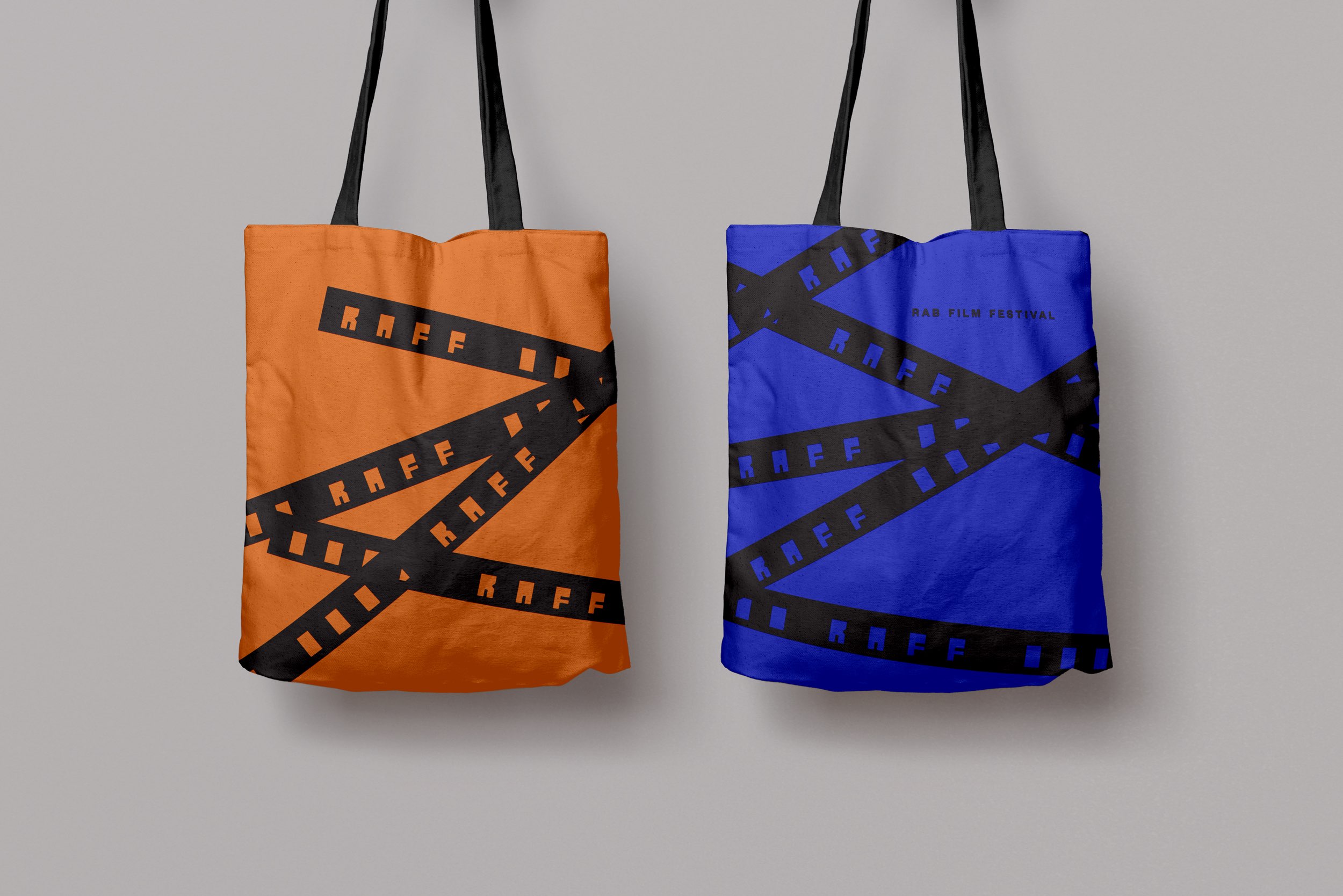 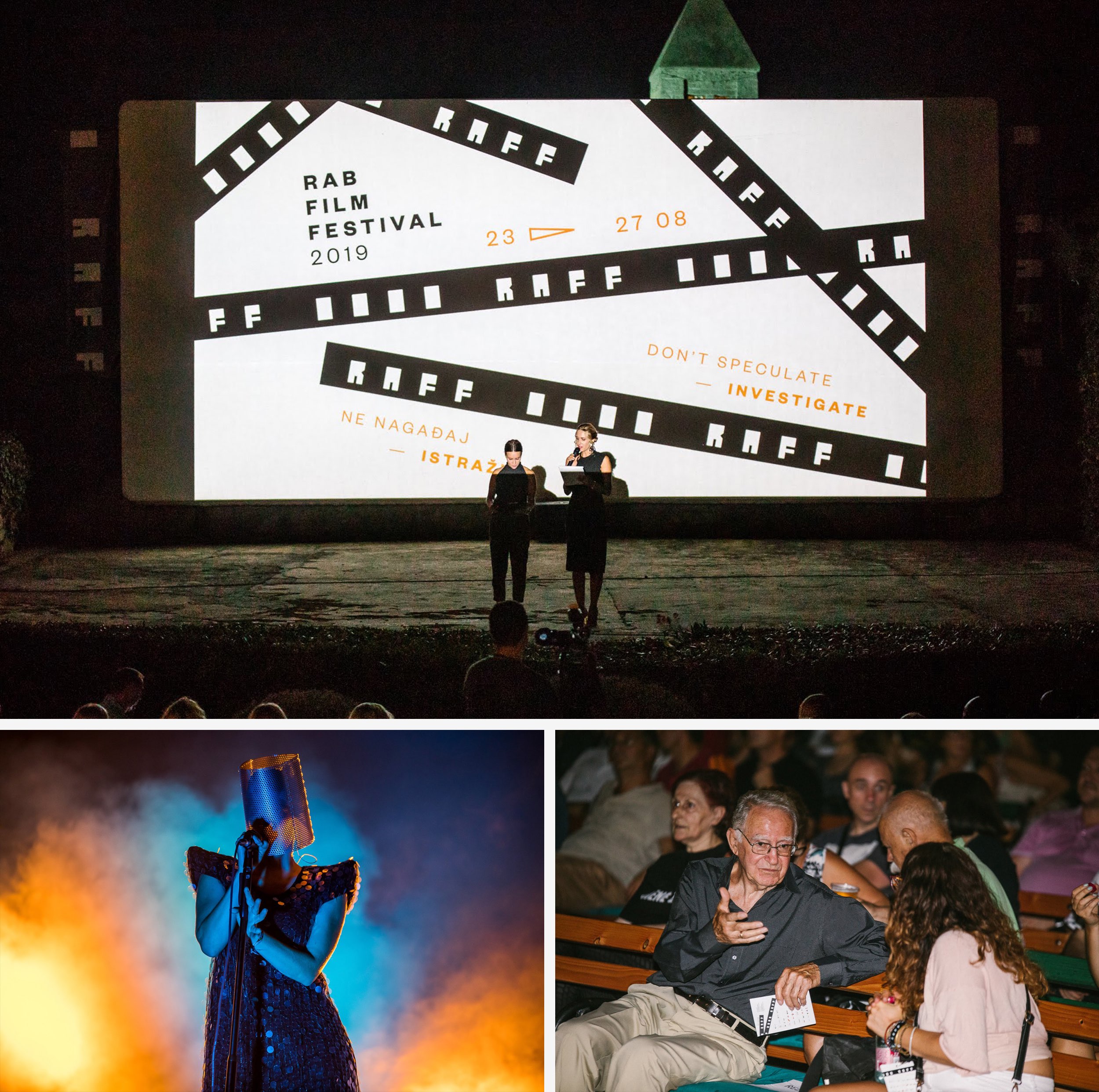